Needless to say, the US dollar is one of the world’s most recognisable currencies out there but, in our opinion here at Coolector HQ, it is long overdue a design overhaul. It would appear that we’re not alone in this opinion as impeccably talented graphic designer, Andrey Avgust, has taken it upon himself to come up with a new concept design for the dollar bill and we’re pretty sure it will appeal to those who have grown weary of the same old currency in the United States.

Andrey Avgust is a Belarus based graphic designer and has a real penchant for creating eye-catching designs that turn heads and that’s something he’s certainly accomplished with us here at Coolector HQ with his superb New US Dollar Concept Design which completely reimagines the current offering and delivers something a good deal more contemporary and aesthetically appealing than the current denominations.

Despite the fact paper money is being used less and less as we all tend to rely on our cards to make payments nowadays, there is still definitely scope for modernising the world’s major currencies and that’s what Avgust has done here with his contemporary take on the US dollar. For those who would love to see a new version of one of the most established currencies in the world, Avgust’s concept design really does hit all the right style notes and immediately draws the eye. 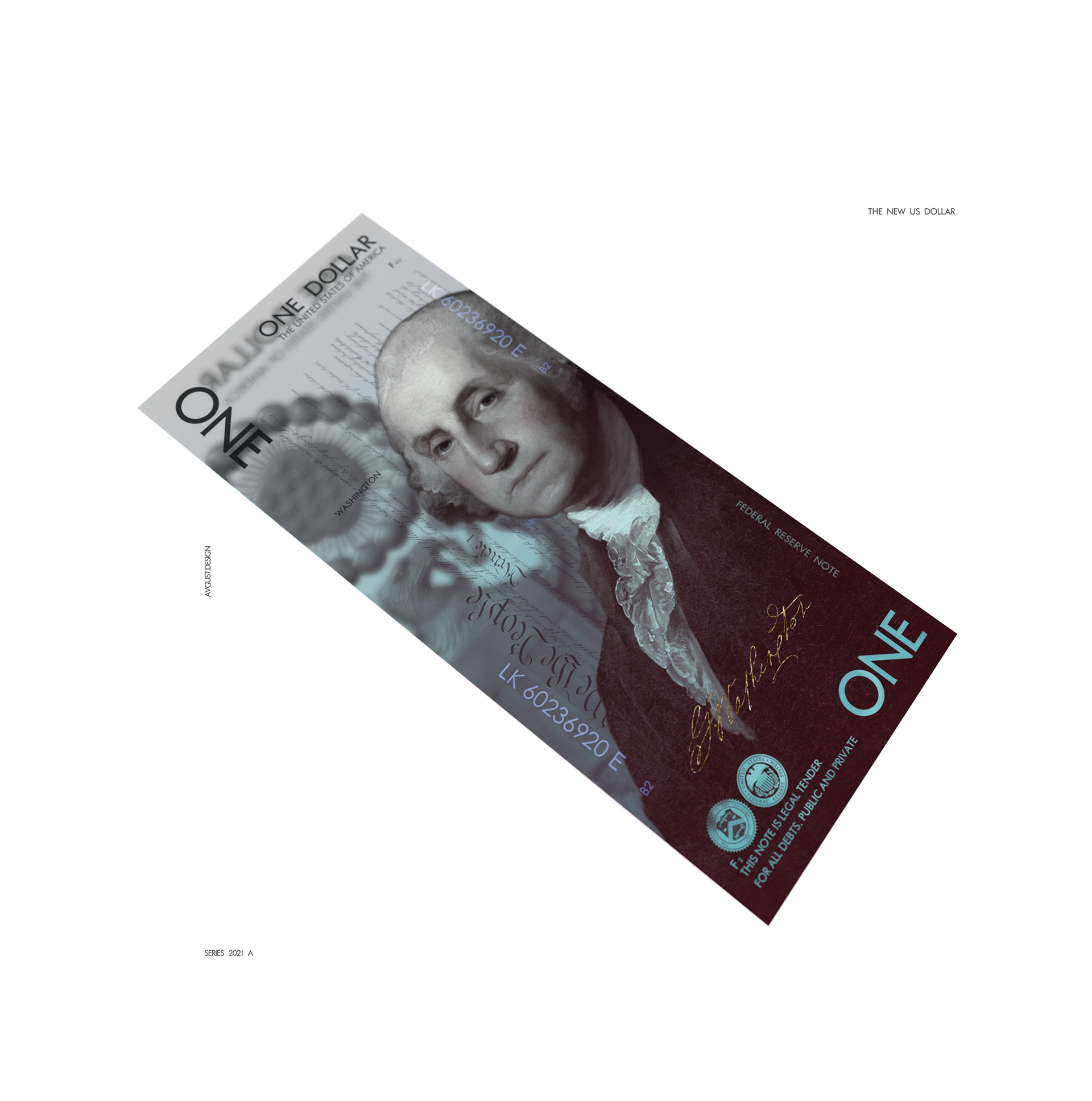 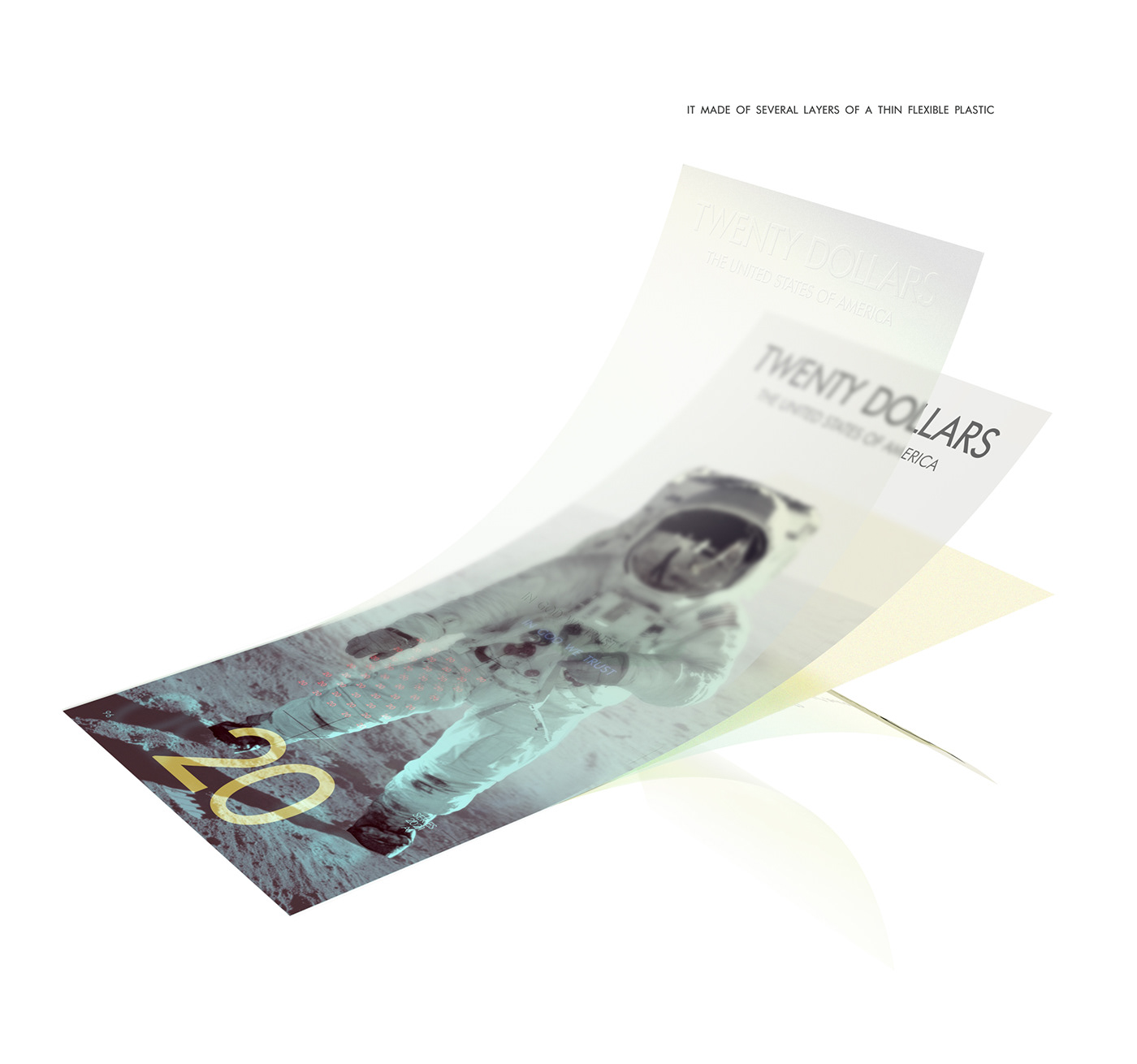 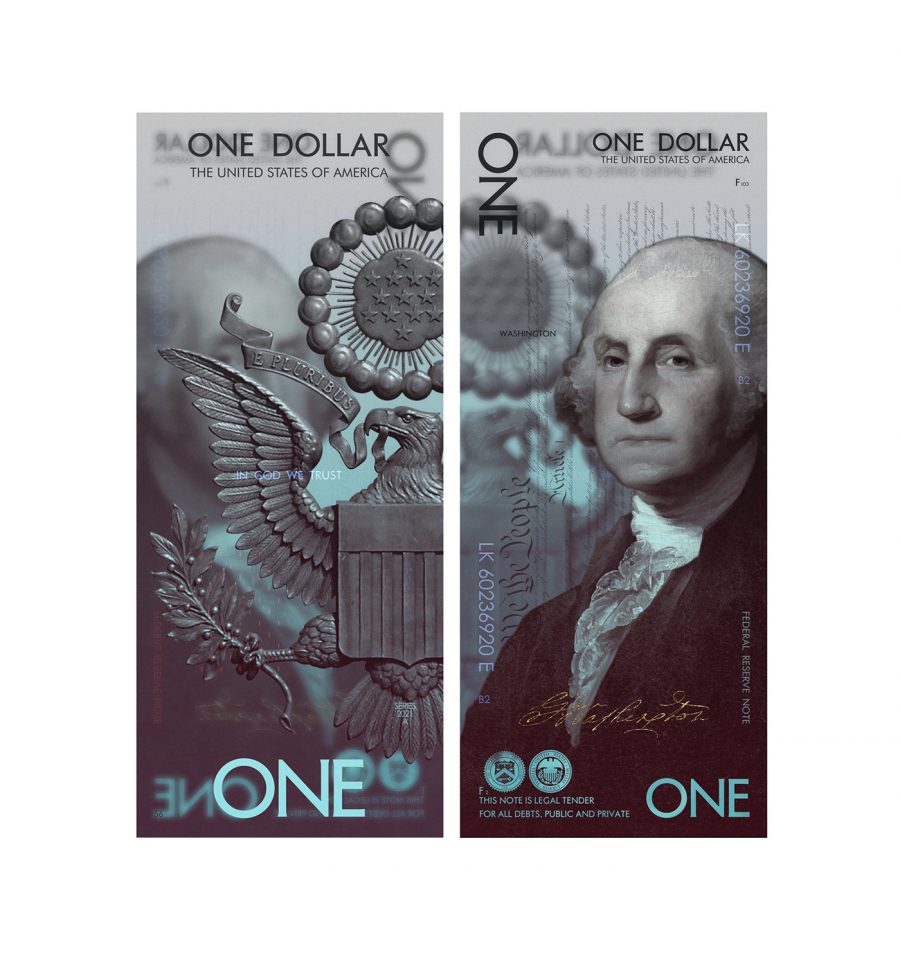 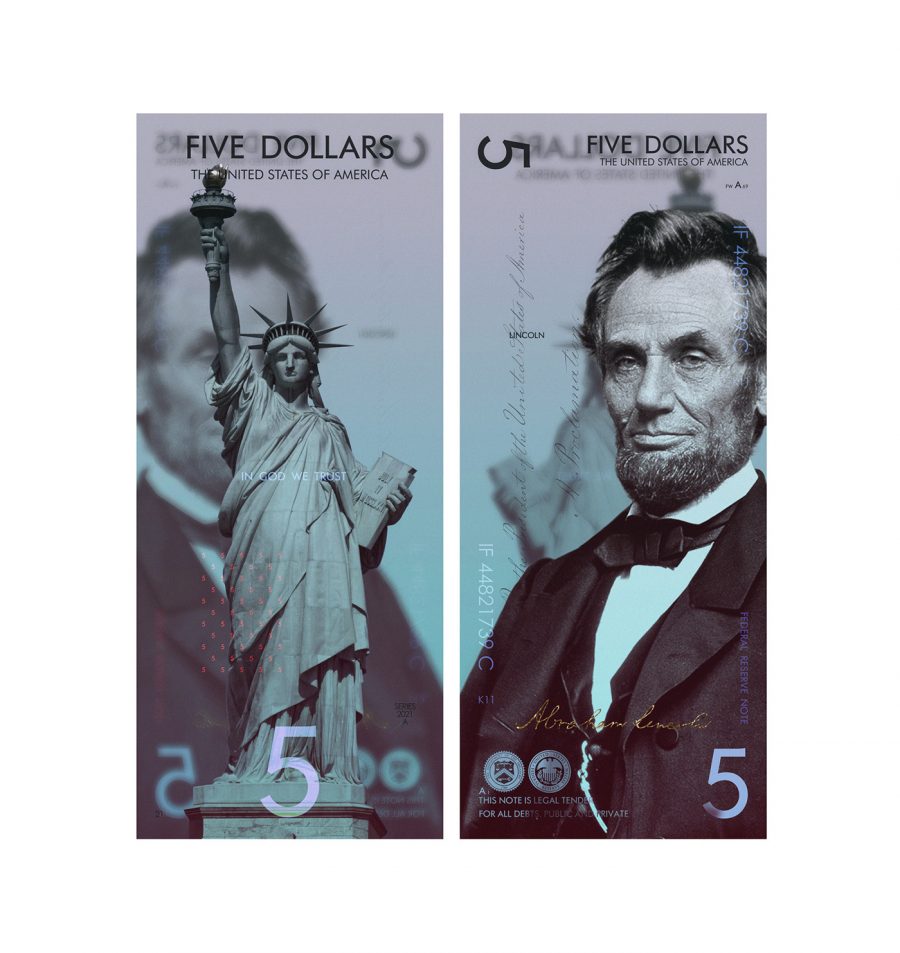 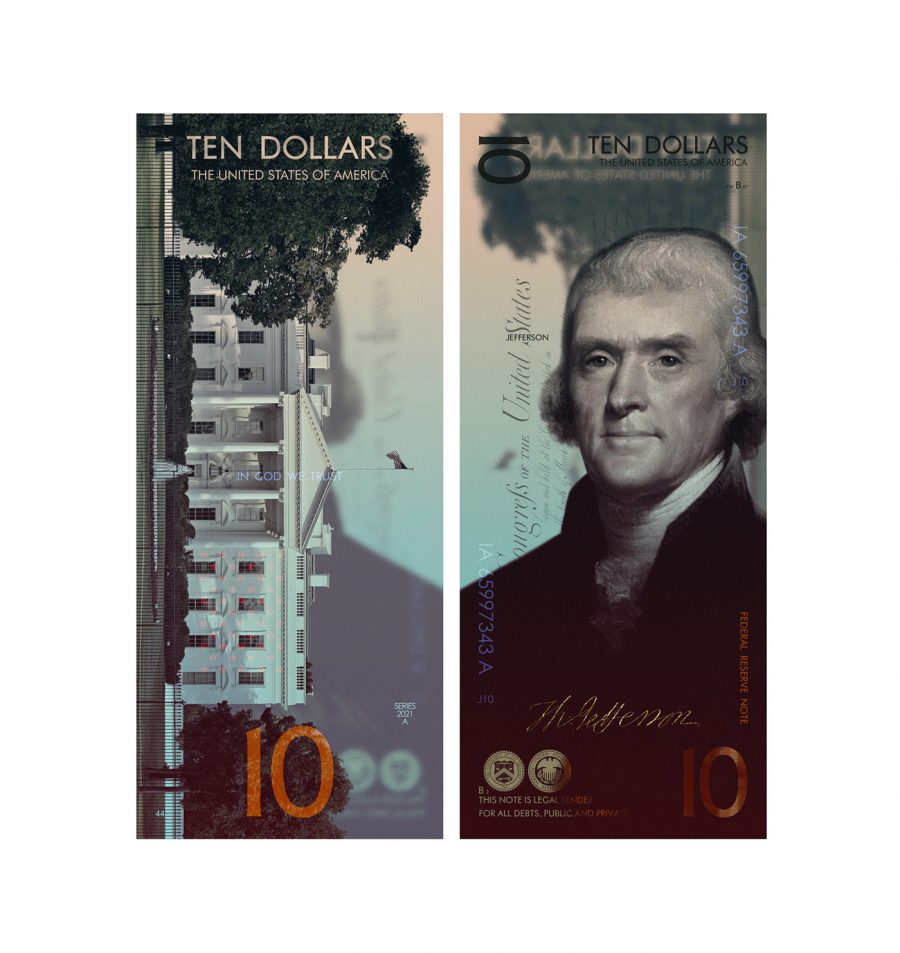 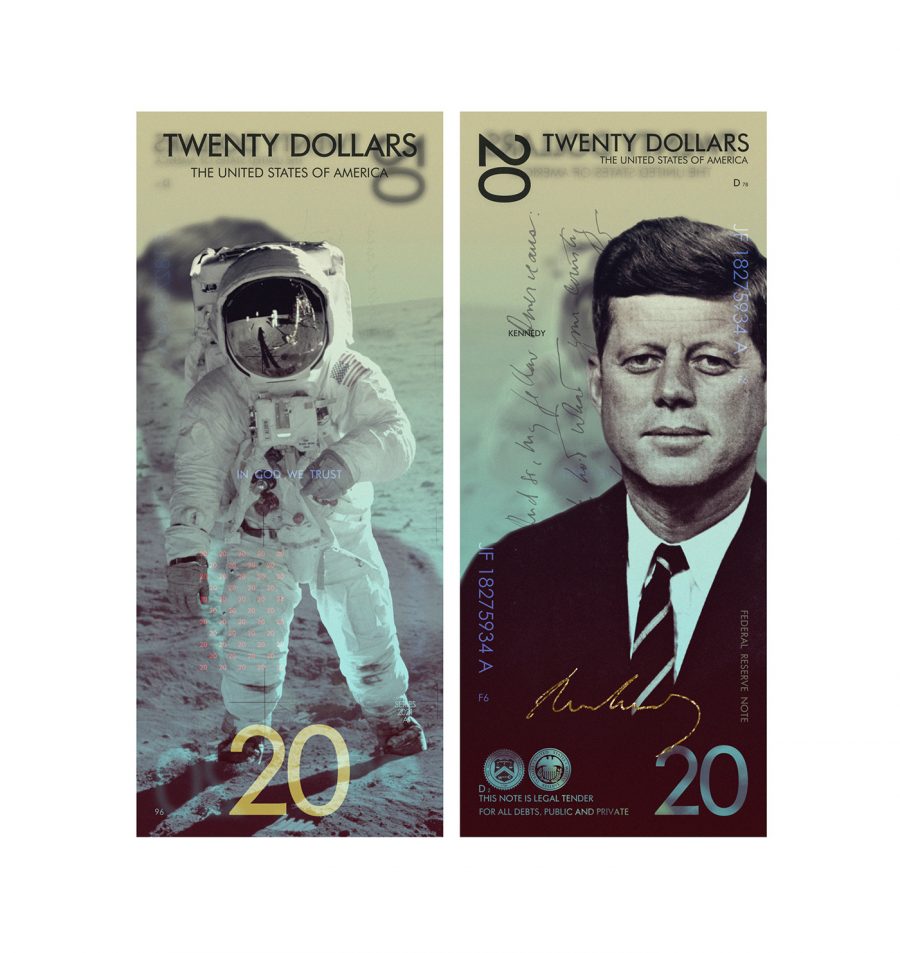 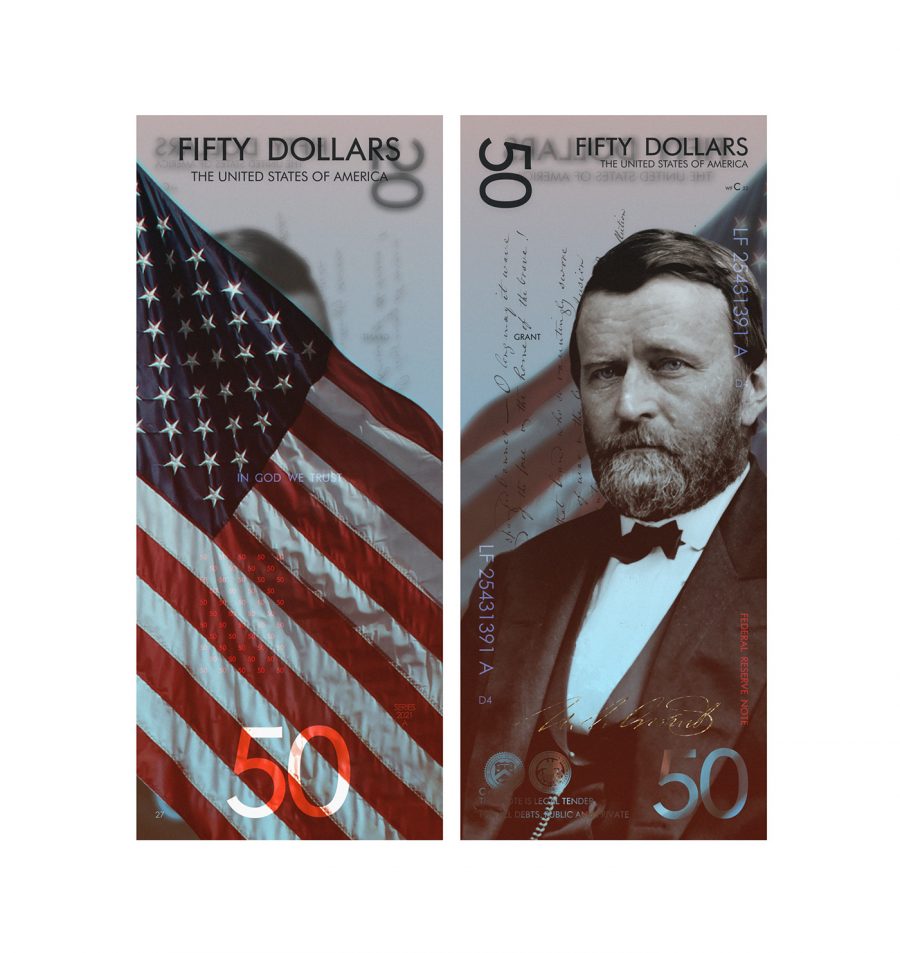 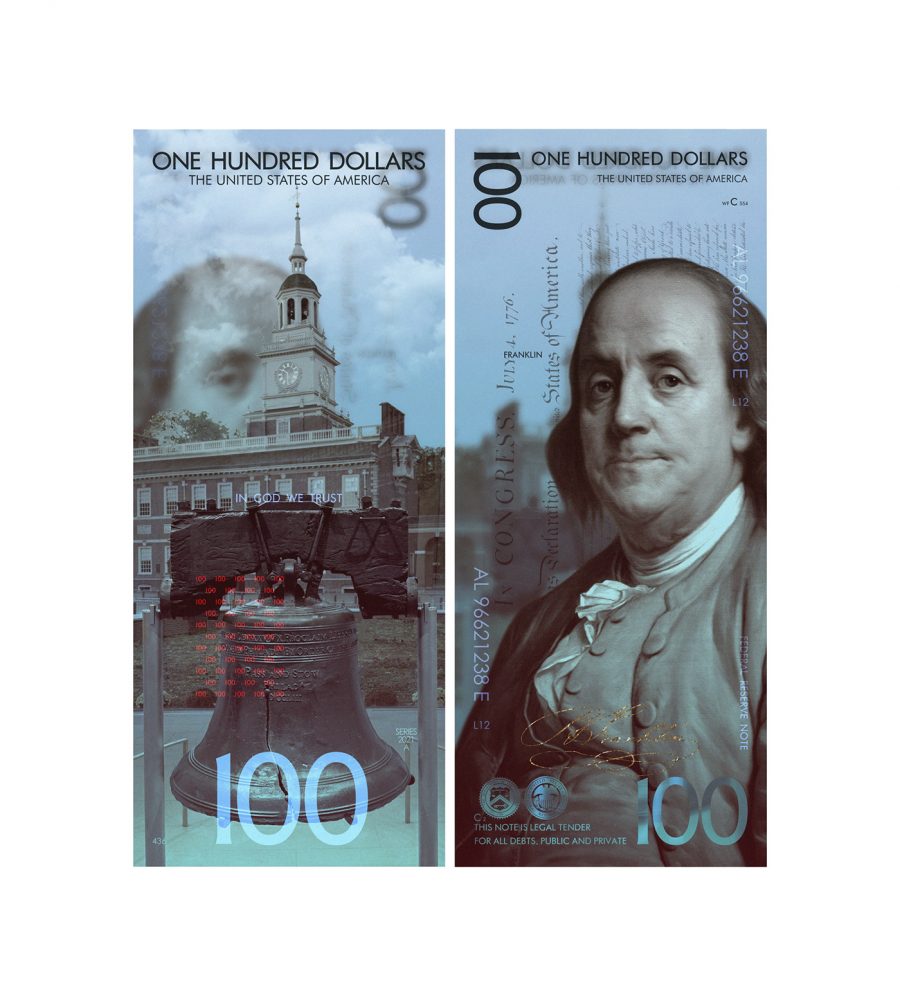 Andrey Avgust’s New US Dollar Concept Design covers all the major denominations from $1 up to $100 and you’ll be amazed at how quickly you come to accept that this could be legitimate currency and would look the part in the wallets of Americans everywhere. This cracking piece of concept design has been designed to be made from several layers of flexible, thin plastic and boasts a translucent quality that adds to its visual impact.

The concept design includes the idea of incorporating a variety of security features built into the notes themselves which includes unique PGP encryption and an encrypted QR code. Each note would have its own individual number and a code printed with metameric inks so that it can be viewed under UV lighting. This gives a really cool aesthetic to these concept bank notes and w’re loving the attention to detail that Avgust has gone to with this cracking concept design work.

We’re in little doubt that most Americans would welcome a redesign of their currency and we can think of few that would do a more impressive job than Andrey Avgust and his superb take on how any new currency should look. We love first class concept designs like this one and the sheer attention to detail that has gone into each element of the design is mighty impressive to say the least. 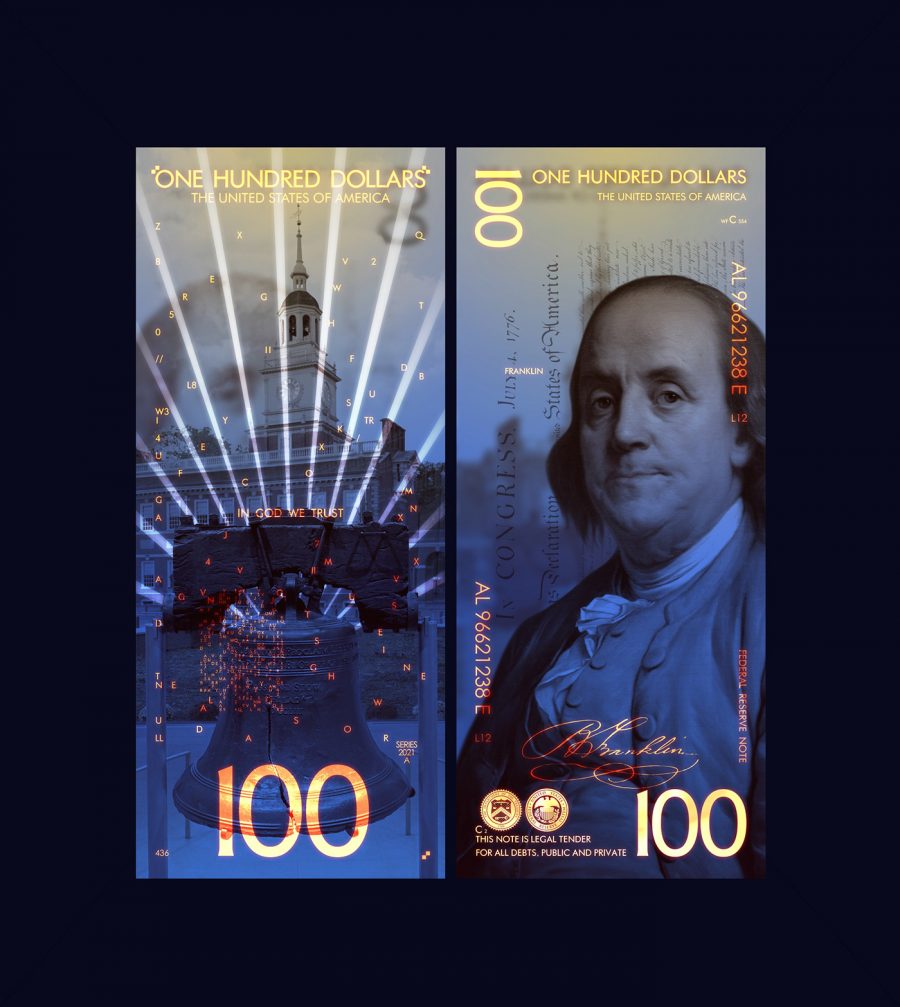 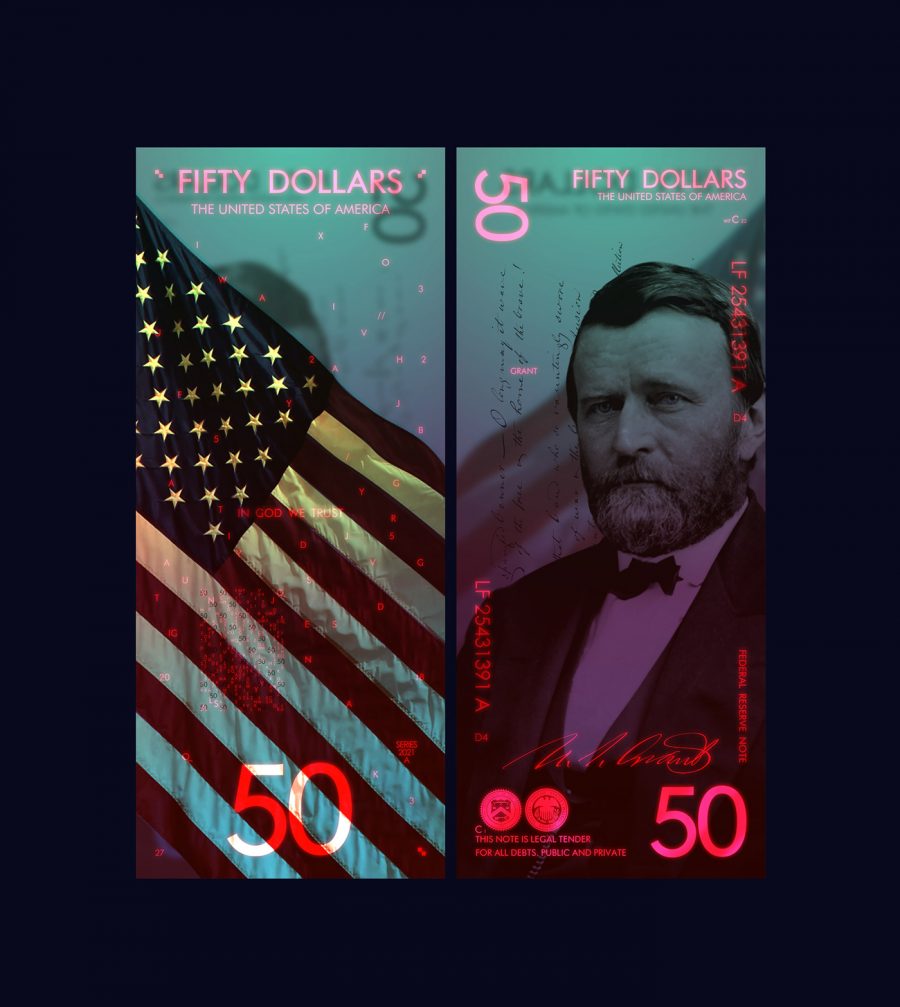 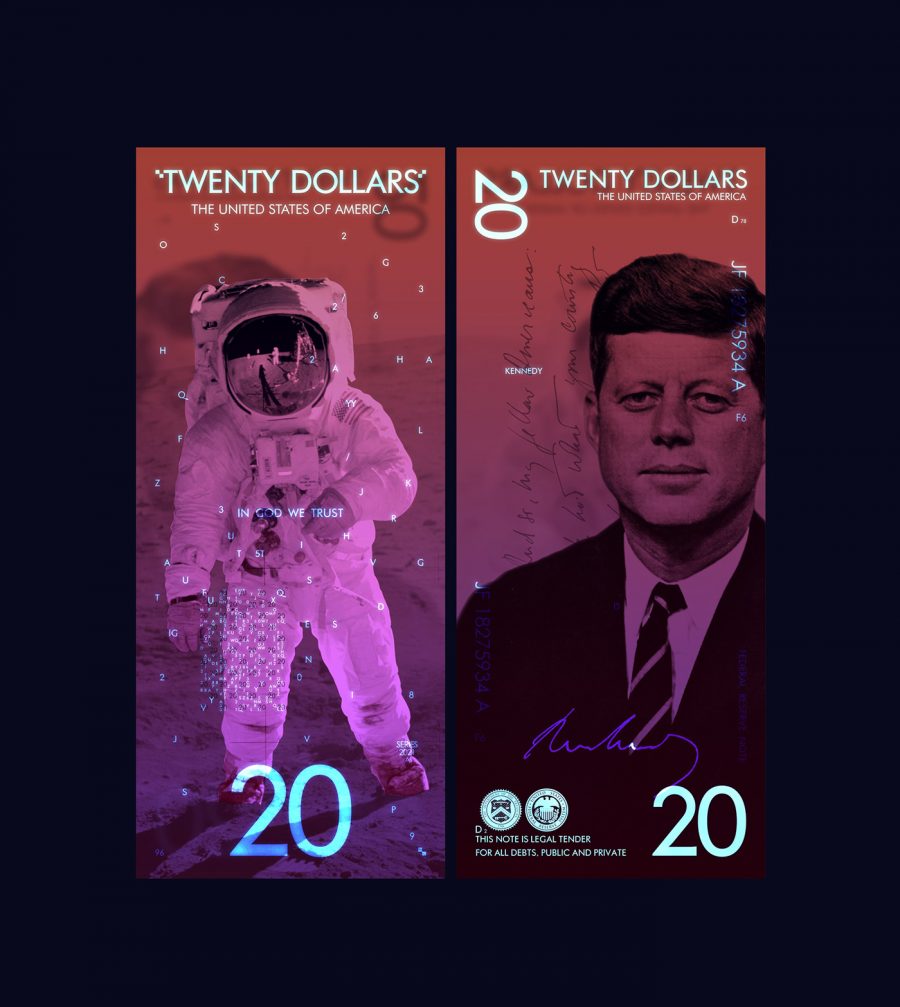 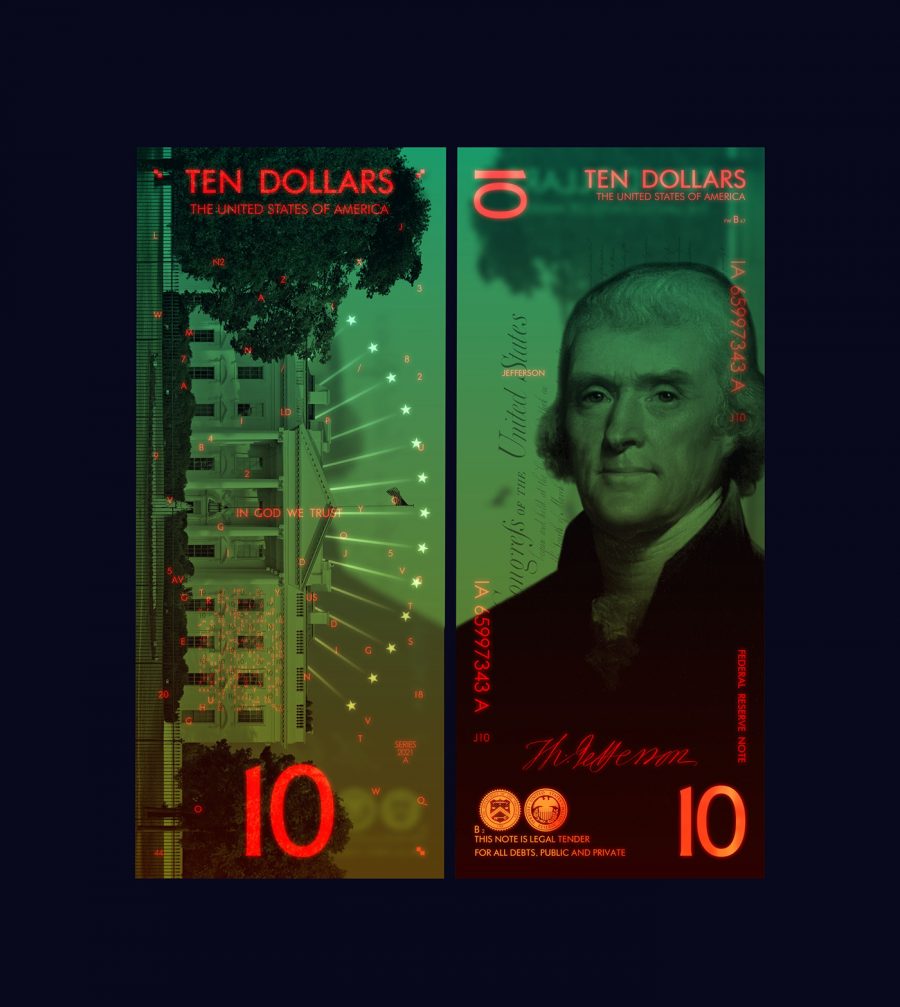 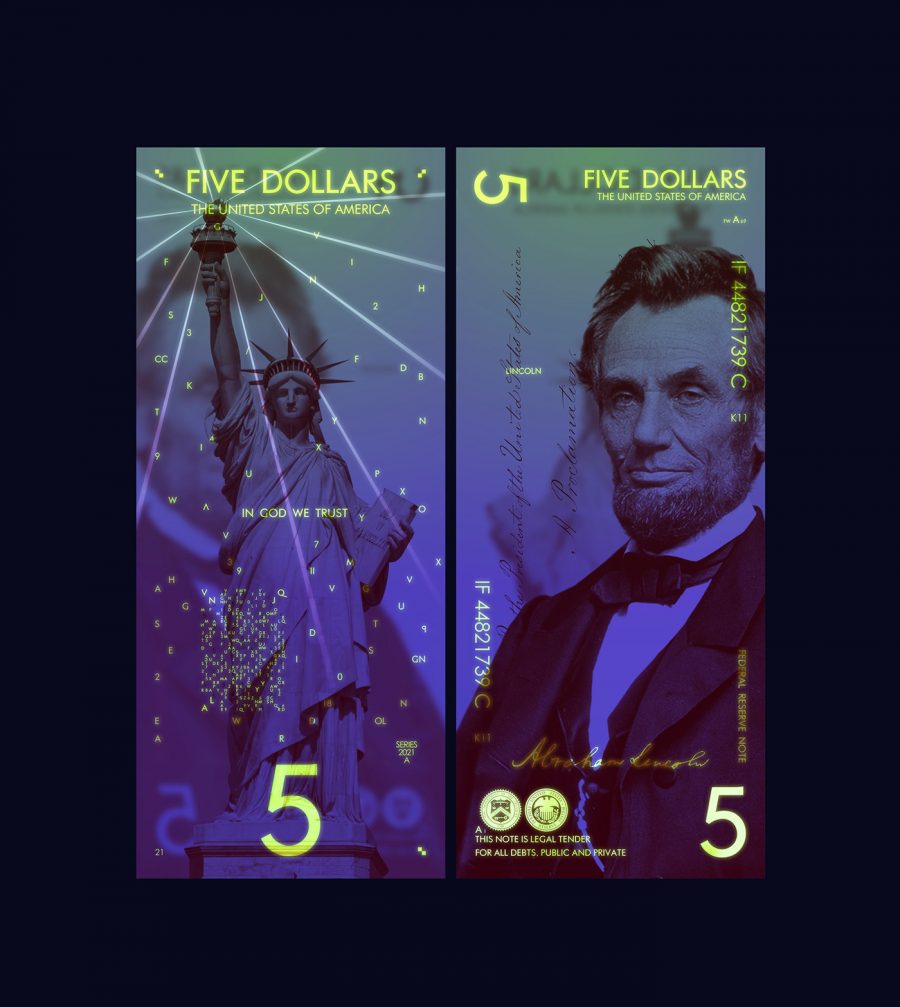 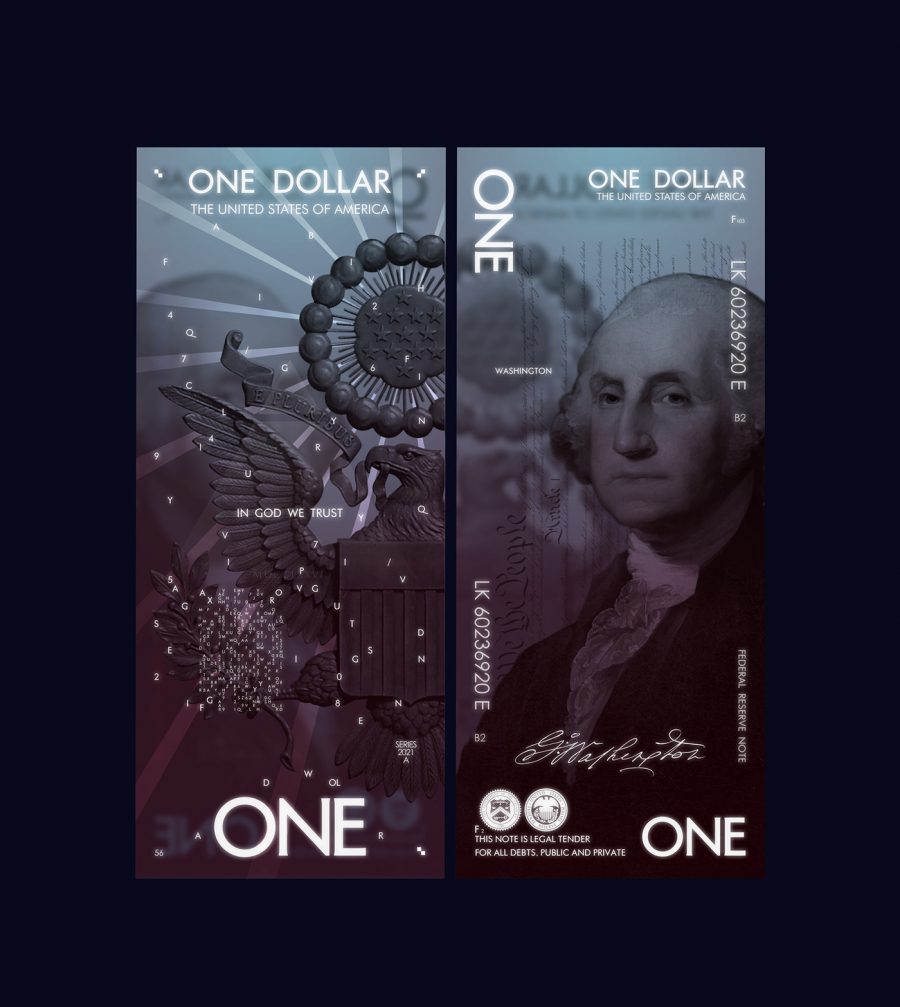 This is the first time we’ve encountered the concept work of Belarusian graphic designer, Andrey Avgust, here at Coolector HQ but you can rest assured that we’ll be keeping our beady eye on the rest of his work from now on – in the hope he comes to tackle the design of our own currency here in the UK.