A Cool Trek into History

In December 1914, Ernest Shackleton and 27 skilled men set sail on the ship Endurance. Their goal: to reach the south polar continent and cross its 1,800 mile (2,900 km) baron icescape from sea to sea. However, shortly into the expedition, the Endurance became trapped in pack ice. Ordering abandon ship, Shackleton demanded that a Banjo on board be saved, famously calling to his men “We must have that banjo! It is vital mental medicine.” That Banjo was played to the men over the months while waiting for rescue, and it truly cured an ill of mal spirits and repelled acute despair.

After The Successful Failure

Forty years after this demonstration of plucky British resolve, Britain saw a marked reduction, to complete cessation in the manufacture of this iconic medicinal instrument. It is of no doubt to The Coolector that, over the last 60 years, this musical absence has allowed a nation to dwell on hard times; the recessions, the governmental scandals, the rise of Simon Cowell. The hopes and beliefs of a nation has become but a whisper. That is until now;

The Great British Punky Sounds Are Heard Once Again

Thanks to The Great British Banjo Company the principles shared with Sir Earnest Shackleton of skill, craftwork, determination, endurance, will and belief in a British led venture, have been employed once again. Their goal: to begin manufacture of a quality affordable Banjo, suitable for the novice or accomplished, to revive a British craft and save the soul of a nation. Their offering; The Shackleton Banjo, named in honour of the man that put such stock in its existence.

A Modern Coolectable Expedition in the Planning

To date, The Great British Banjo Company have planned their traverse, collated a fine melody of experienced British guitar and drum manufacturers. Each to their skills will help build The Shackleton Banjo parts. These will then be lovingly assembled in the GBBC Norfolk workshop. Take a look at the stunning Shackleton Banjo prototype and various goodies from The Great British Banjo Company below;

Help get this project off the ground over at Kickstarter.

Take a look at the rest of their wares on TheGreatBritishBanjoCompany.com. 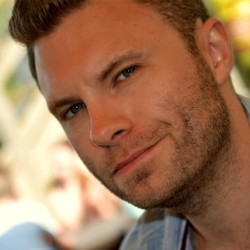