As we attended Craft Beer Rising Last year and had a great time (and given our more than slight proclivity for craft beer), it would have been folly not to attend this year’s event and, safe to say, we were not disappointed and were treated to a fantastic selection of craft ales and street food from some of the country’s finest food and drink purveyors. 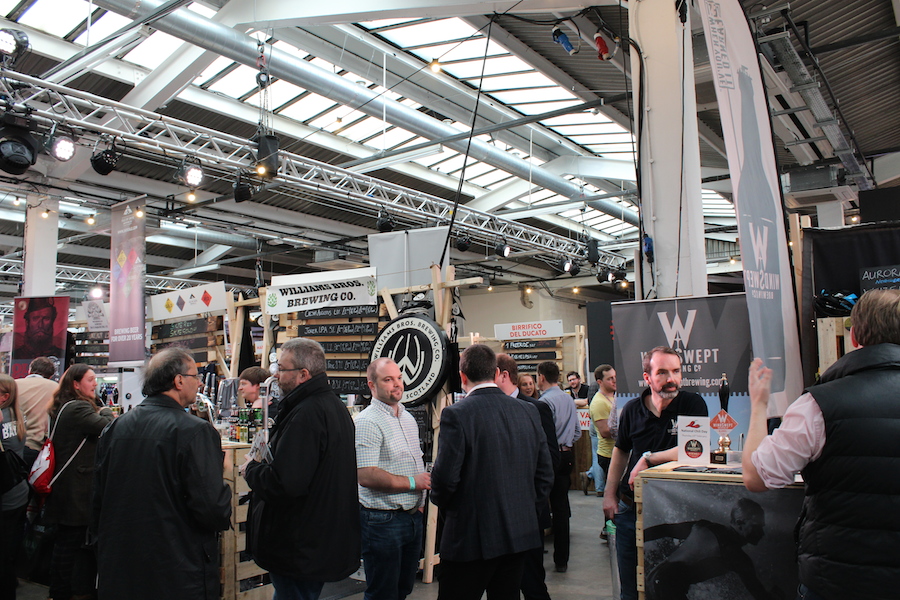 Craft Beer Rising takes place in London’s Truman Brewery which has been repurposed into and event space and the vast surface area lends itself perfectly to an event such as this and there were over 100 brewers shoe-horned in to delight the taste buds of a large number of craft beer aficionados – us included.

The beauty of Craft Beer Rising, in our eyes here at Coolector HQ, is the fact that it gives you the opportunity to relish some many beers that you otherwise likely wouldn’t have encountered and for those of us with broad beer palates, this is somewhat of a godsend. You can check out a few of the favourite beers we encountered at this year’s Craft Beer Rising below: 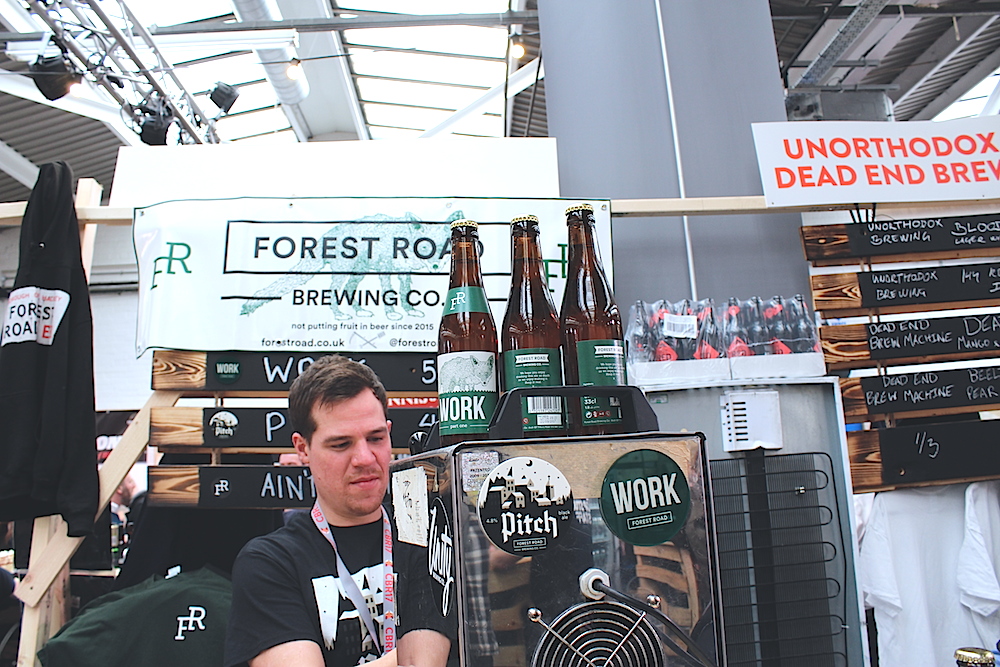 Already a favourite brewer of ours here at Coolector HQ (to the point their Work beer put in an appearance at my wedding), Forest Road were one of the stands we made a bee-line for upon arriving at Craft Beer Rising. This East End brewer which operates out of the London Fields area added a new brew to their line up in the form of Pitch was was a most welcome addition indeed and complimented their maiden offering, Work, wonderfully well.

Based in the tiny village of Broughton in the Scottish Borders, there was an impressive collection of beers to be enjoyed from Broughton Brewery at their stall at Craft Beer Rising. The wonderfully monikered Hopopotamus was unquestionably amongst our favourites here at Coolector HQ and they have become one of Scotland’s best loved micro-breweries through their delivery of a superb selection of ales which also includes the likes of Merlin’s Ale, Green Mantle and Old Jock Ale. 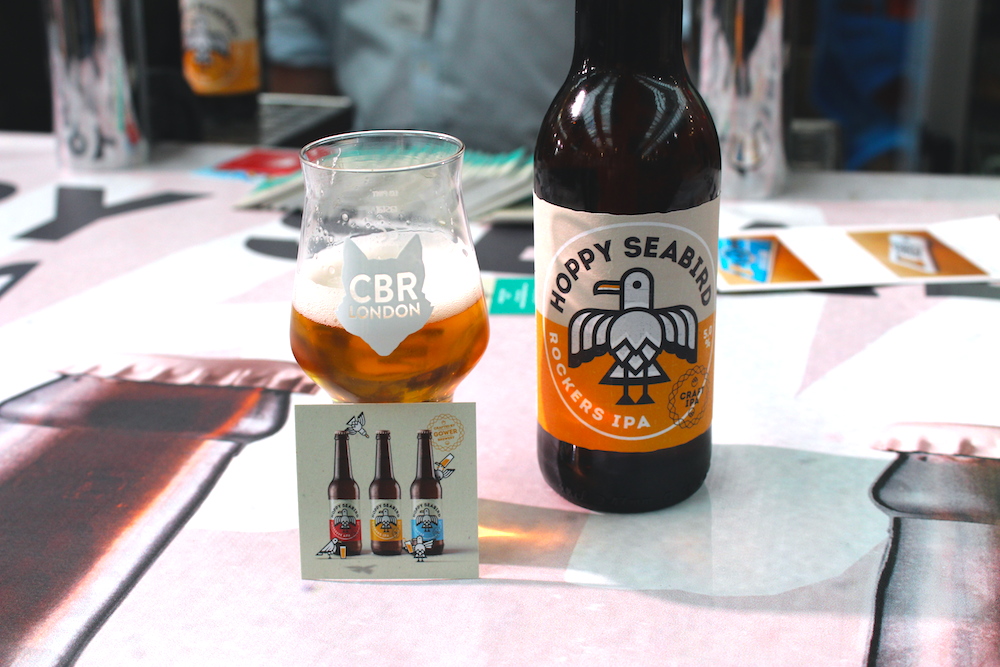 We’re big advocates of branding here at Coolector HQ and it’s safe to say the fantastically branded Hoppy Seabird Beer was one of our favourites (both in looks and taste) at this year’s Craft Beer Rising event. A new offering from Gower Brewery which was debuted at the event, this delicious IPA is the sort of session ale that really hits the spot on a hot, summer’s day and for those who like great design to go alongside their mouthwatering beer, look no further. 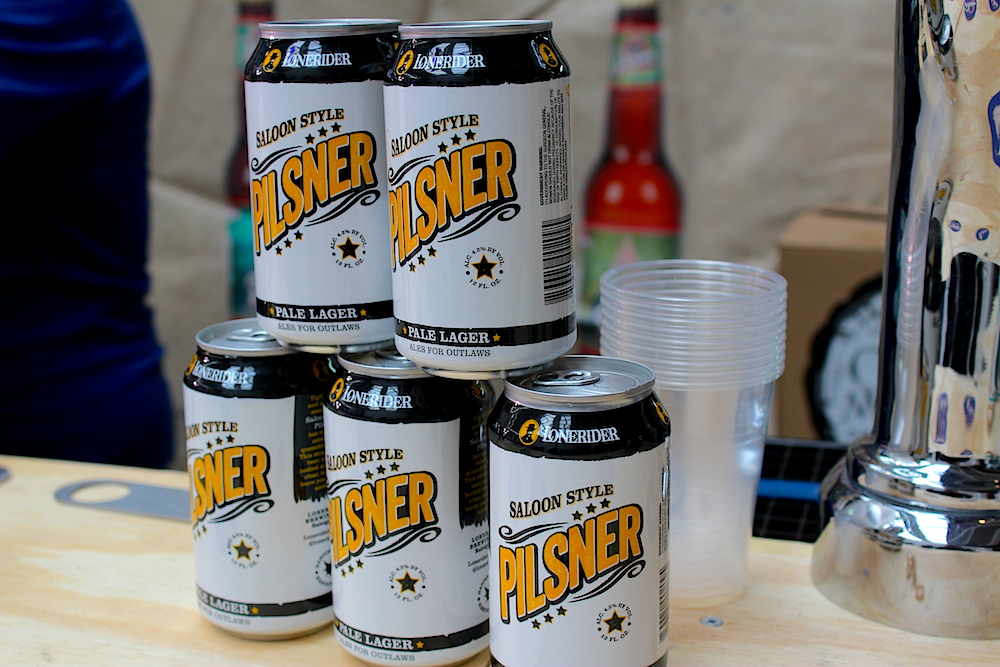 Billed as”Ale for outlaws”, the so-called Saloon Style Pilsner from LoneRider Brewery was another delicious drop to be enjoyed at Craft Beer Rising and their branding too is something that deserves recognition. We’re definitely pilsner aficionados here at Coolector HQ and this corker was unquestionably one of the best of the bunch at the event and for those of a country and western persuasion are going to find a whole heap of beers to enjoy from this top notch American brewer which operates out of Raleigh, North Carolina. 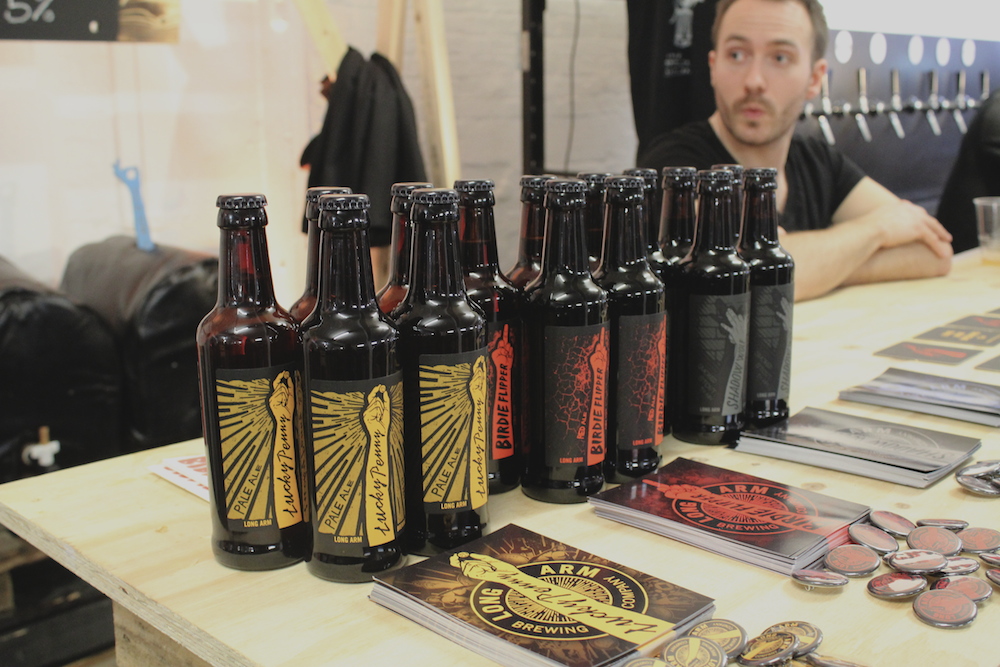 Long Arm Brewery are a London brewer that boast a selection of beers which we’ve begun to see increasingly in the bars and pubs of London here at Coolector HQ and it’s clear to see they are building up some excellent momentum with their cracking craft beers which include Birdie Flipper, Lucky Penny and Shadow Wolf and for those craft beer fans that demand bold, robust flavours from their beers, these definitely won’t disappoint. 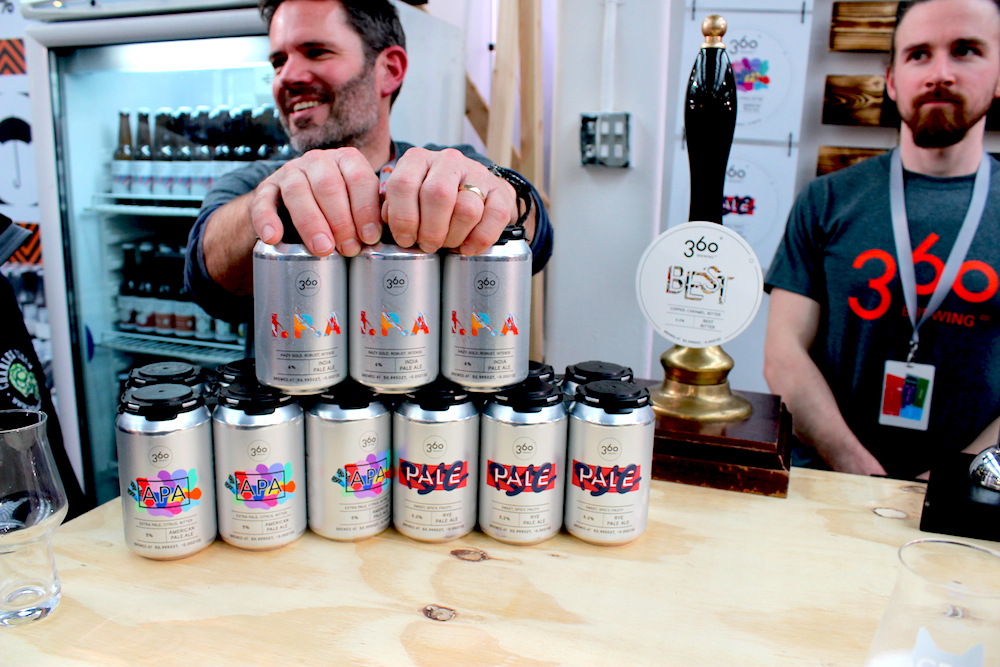 The beers from 360° Brewing Company are all the more appealing because they are somewhat of a collaborative effort in many respects. This Sussex based brewer typically brew a variety of different recipes and then ask beer aficionados what they think before they then go on and refine the recipe and create the finished beer. This is definitely a smart way of going about brewing a beer because you can ensure you’re delivering the taste that people enjoy and will keep coming back for more. Awesome, awesome branding and design once again – something which is increasingly common in the ever growing craft beer industry.