We’ve found ourselves gravitating more and more towards dive watches when thinking about our next timepiece here at Coolector HQ and the quality of the Detroit Watch Company 1701 Pontchartrain® Great Lakes Edition GMT Diver keeps drawing us to it like moth to a flame. This first class timepiece from one of the best American watchmakers we’ve seen in a while here at The Coolector is taking pre-orders now and if you’re after a majestic looking dive watch for all your future underwater adventures then look no further. 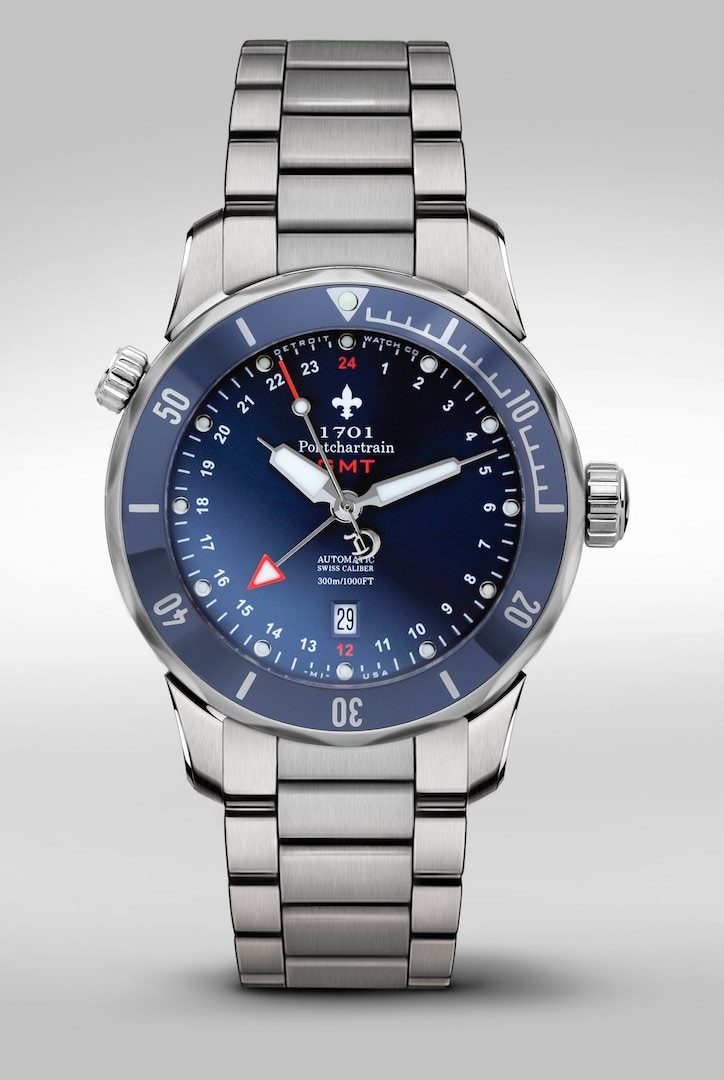 The Detroit Watch Company 1701 Pontchartrain® Great Lakes Edition GMT Diver has a price tag of $1495 which, when you consider its many design and material qualities, seems like a small price to pay for such a thoroughly impressive timepiece. This exemplary offering from the Detroit Watch Company is inspired by France’s King Louis XIV and Fort Pontchartrain du Détroit which was established as the first permanent French settlement and new centre of the fur trade and military power by French officer, Antoine Laumet de la Mothe, Sieur de Cadillac in 1701.

With such an interesting back story, this first rate timepiece stands head and shoulders above the competition in our opinion here at Coolector HQ. Fort Pontchartrain du Détroit was built along the Detroit River to protect the French fur trade from the British and it was named in honour of Louis XIV’s minister of marine and colonies, Louis Phélypeaux de Pontchartrain. Le Detroit, French for ‘the strait’ eventually came to identify Fort Pontchartrain du Détroit and the surrounding area and after 1751, was known simply as Fort Detroit. 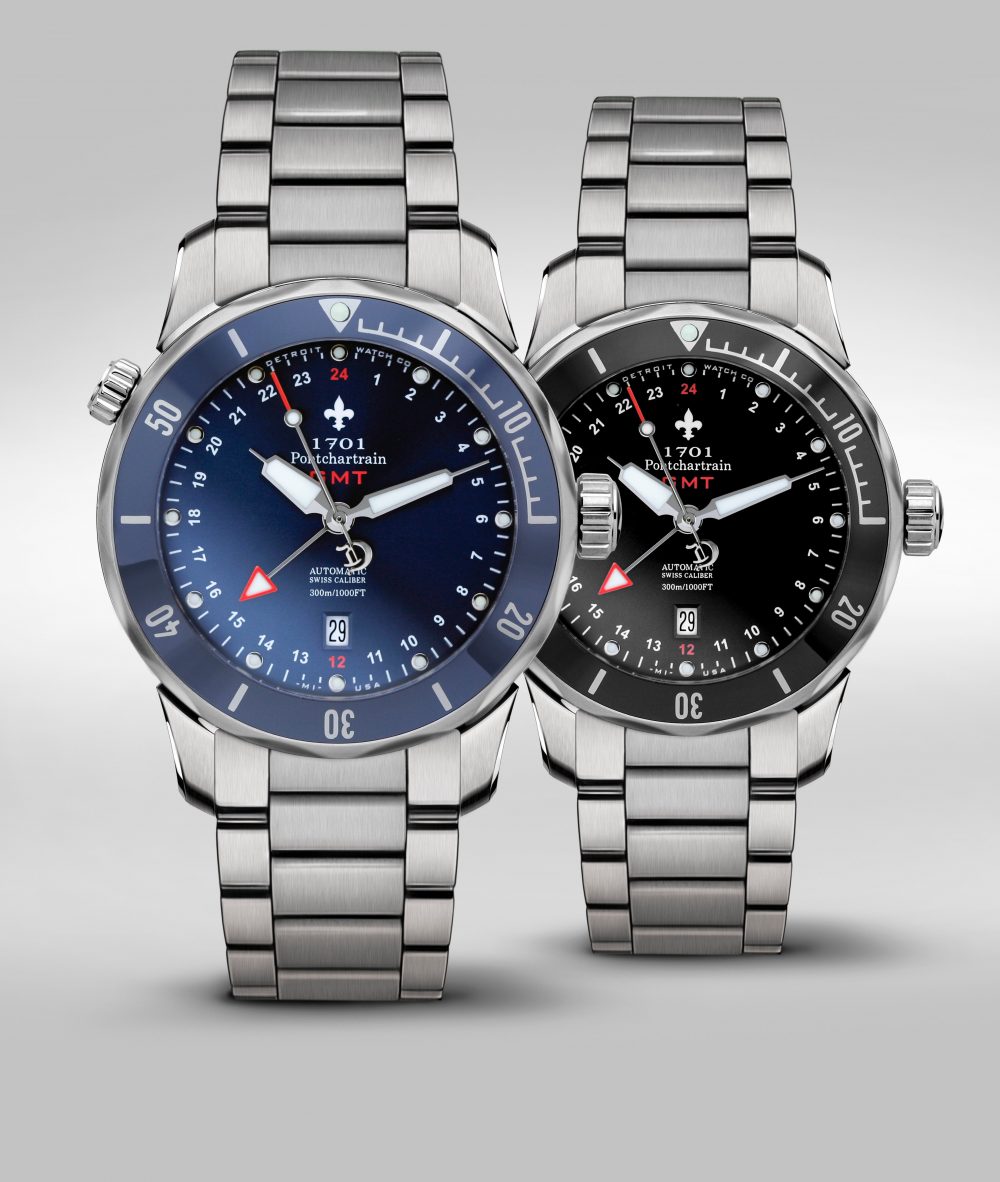 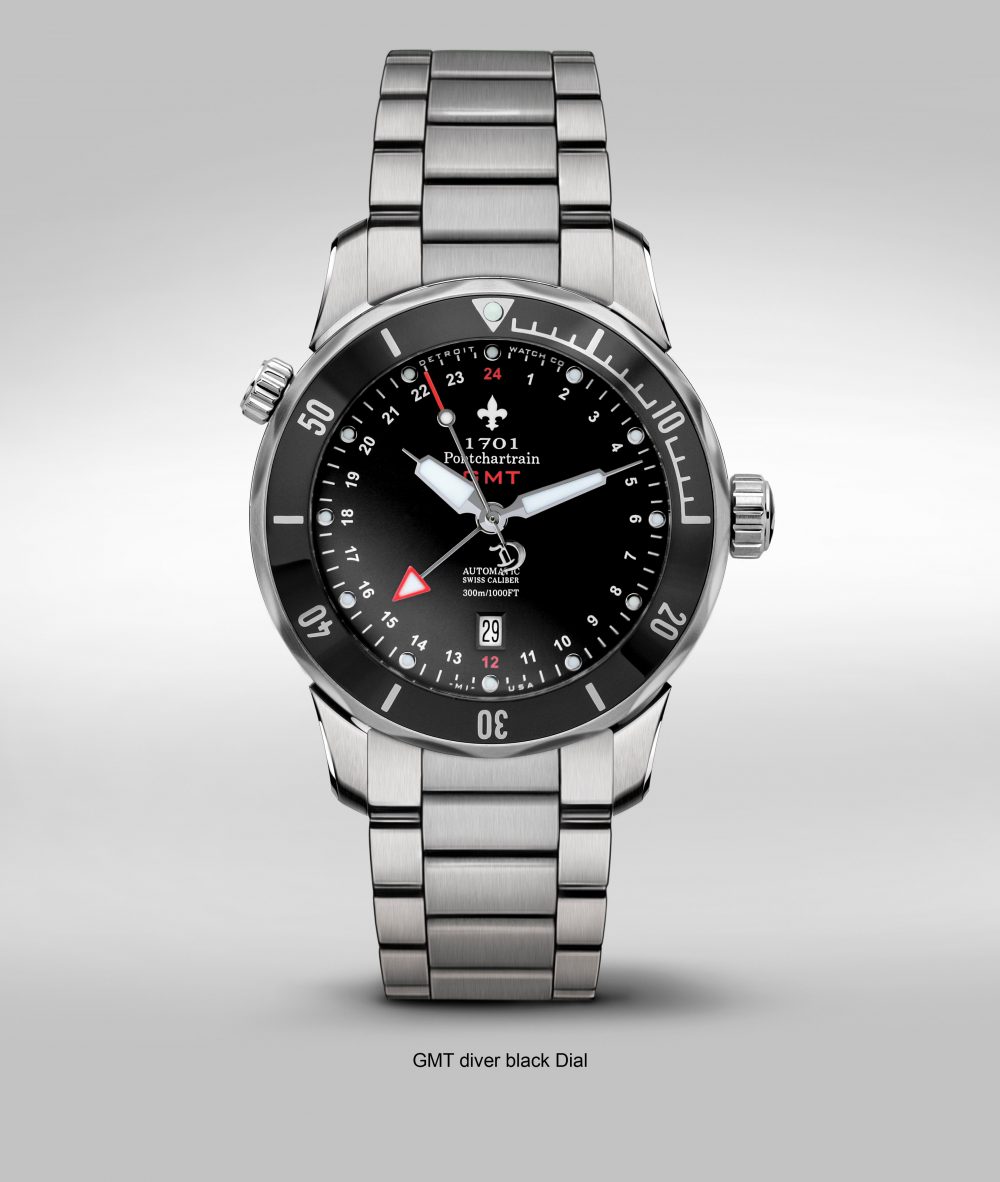 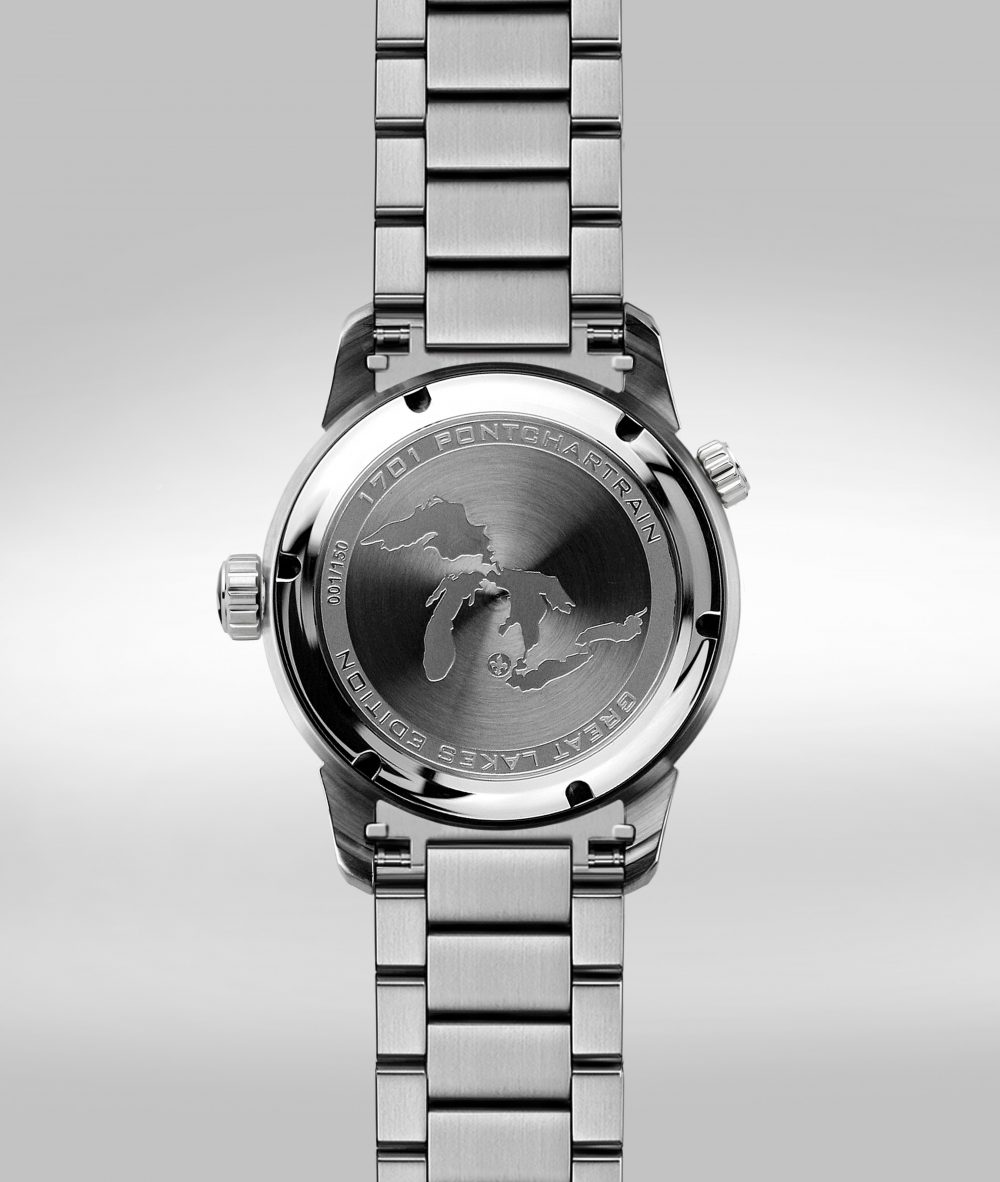 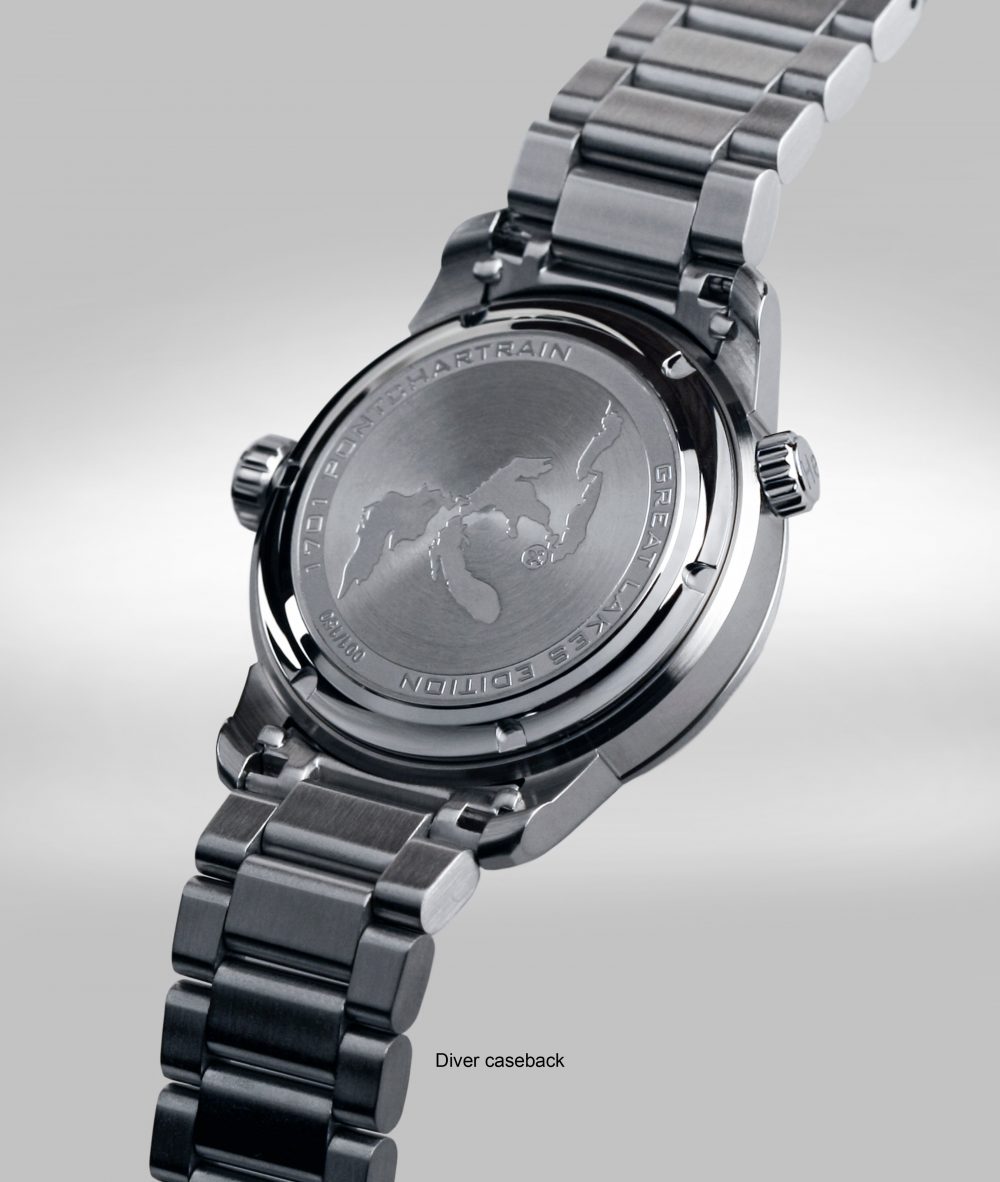 The fantastically designed and crafted Detroit Watch Company 1701 Pontchartrain® Great Lakes Edition GMT Diver ($1495) boasts brushed and polished accents on the 43mm case, which sits stylishly on the wrist without being ostentatious. It has an automatic self-winding Swiss movement with date window and sweep second hand. The screw down crown with black and white Detroit Fleur-de-Lys is a striking design feature of this wonderful timepiece from the Detroit Watch Company. 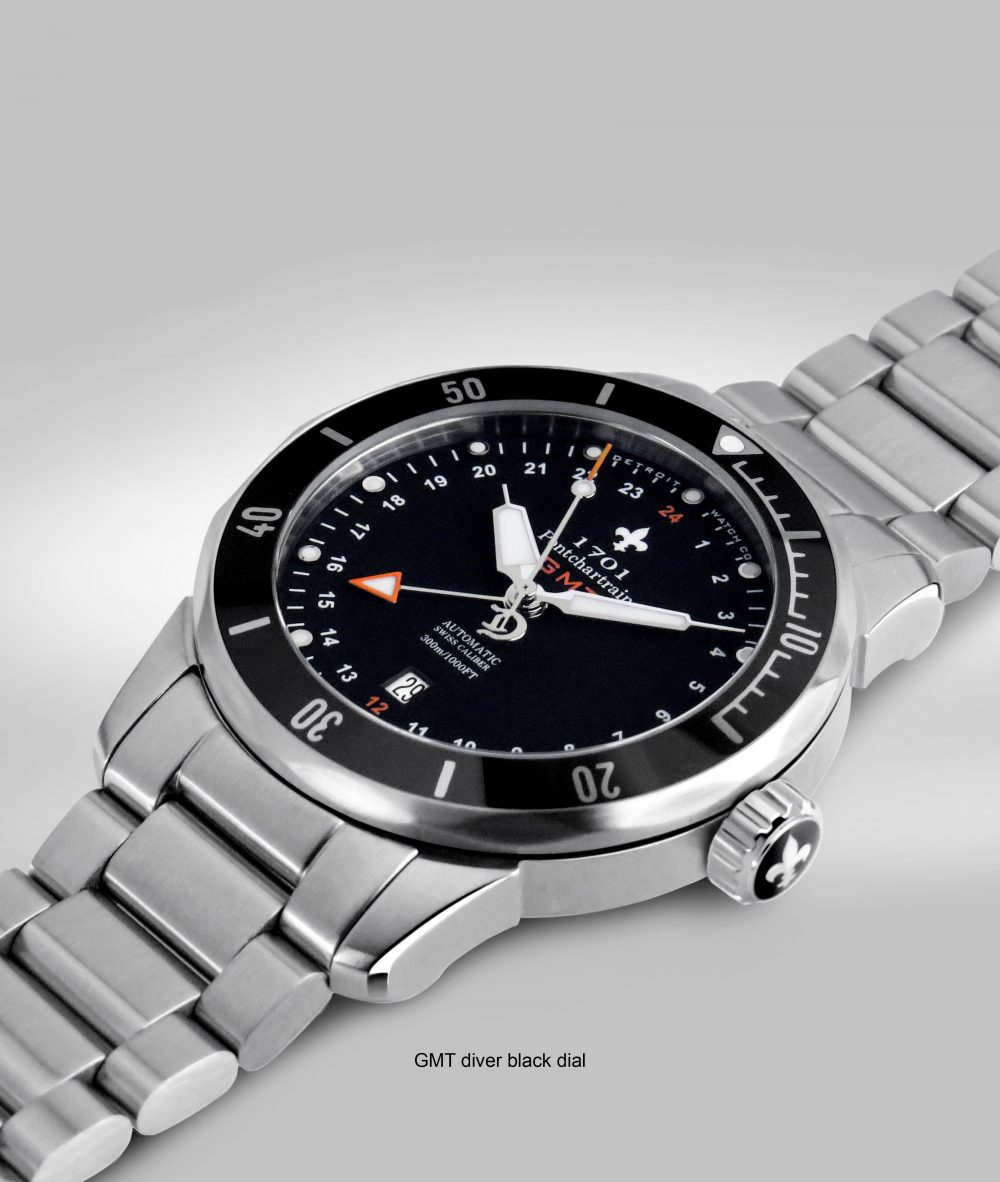 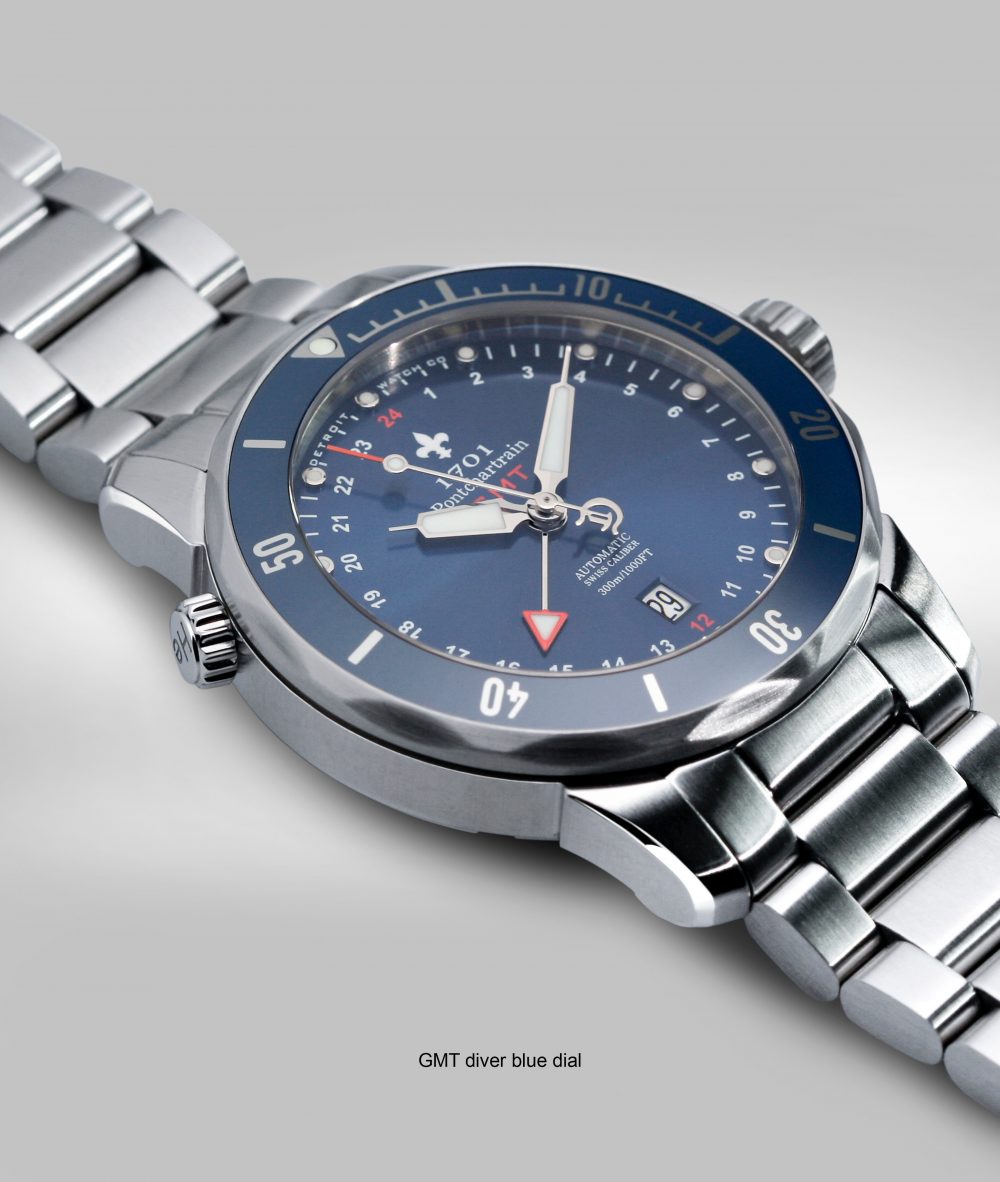 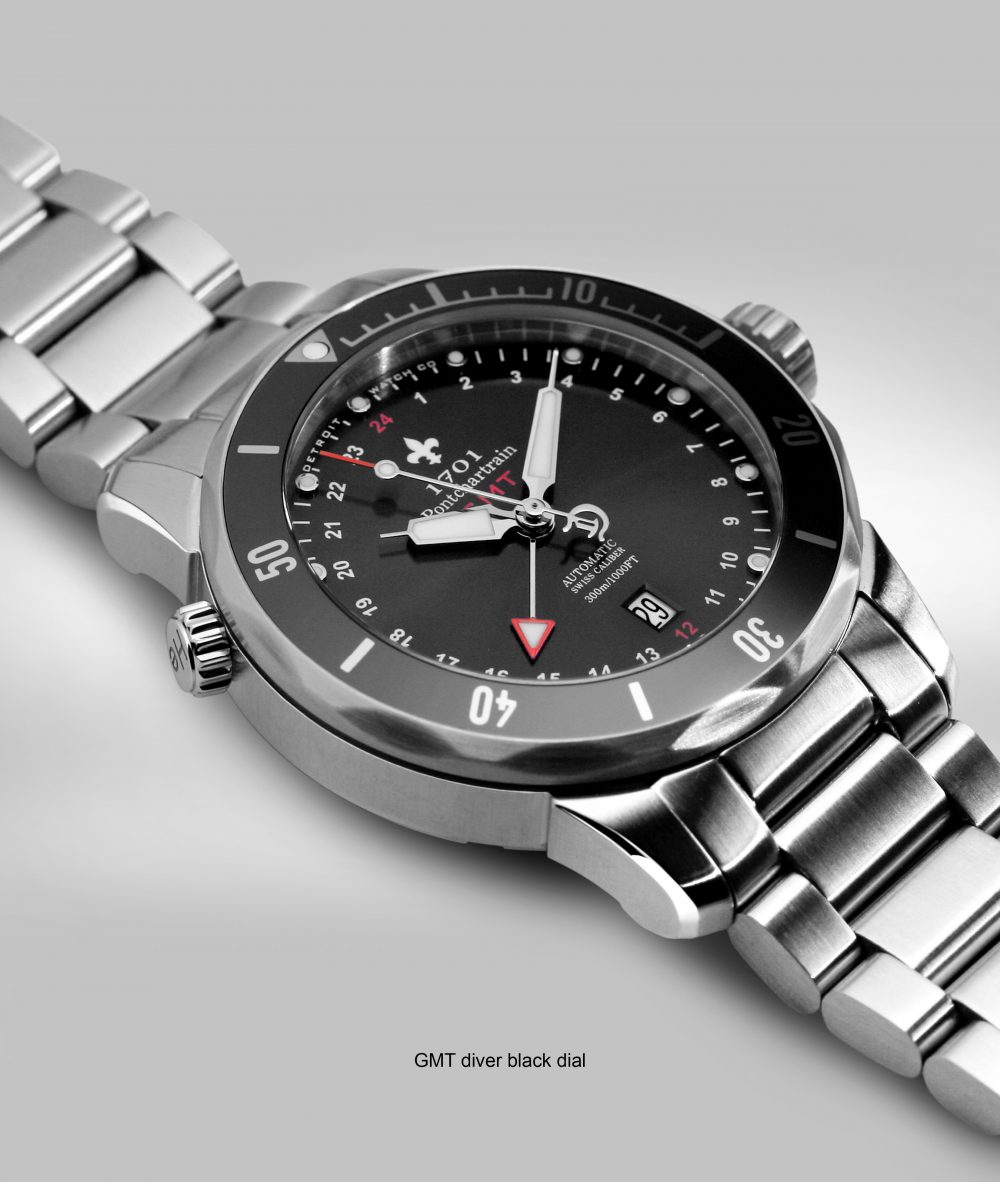 It has Arabic numerals and a stainless steel link bracelet with extendable deployant clasp that makes it easy to remove. The  Detroit Watch Company 1701 Pontchartrain® Great Lakes Edition GMT Diver is a limited edition timepiece and each one is individual numbered 1-150 so if you get your hands on one of these spectacular timepieces, it will be entirely unique to you and will be the sort of watch that you pass from one generation to the next. 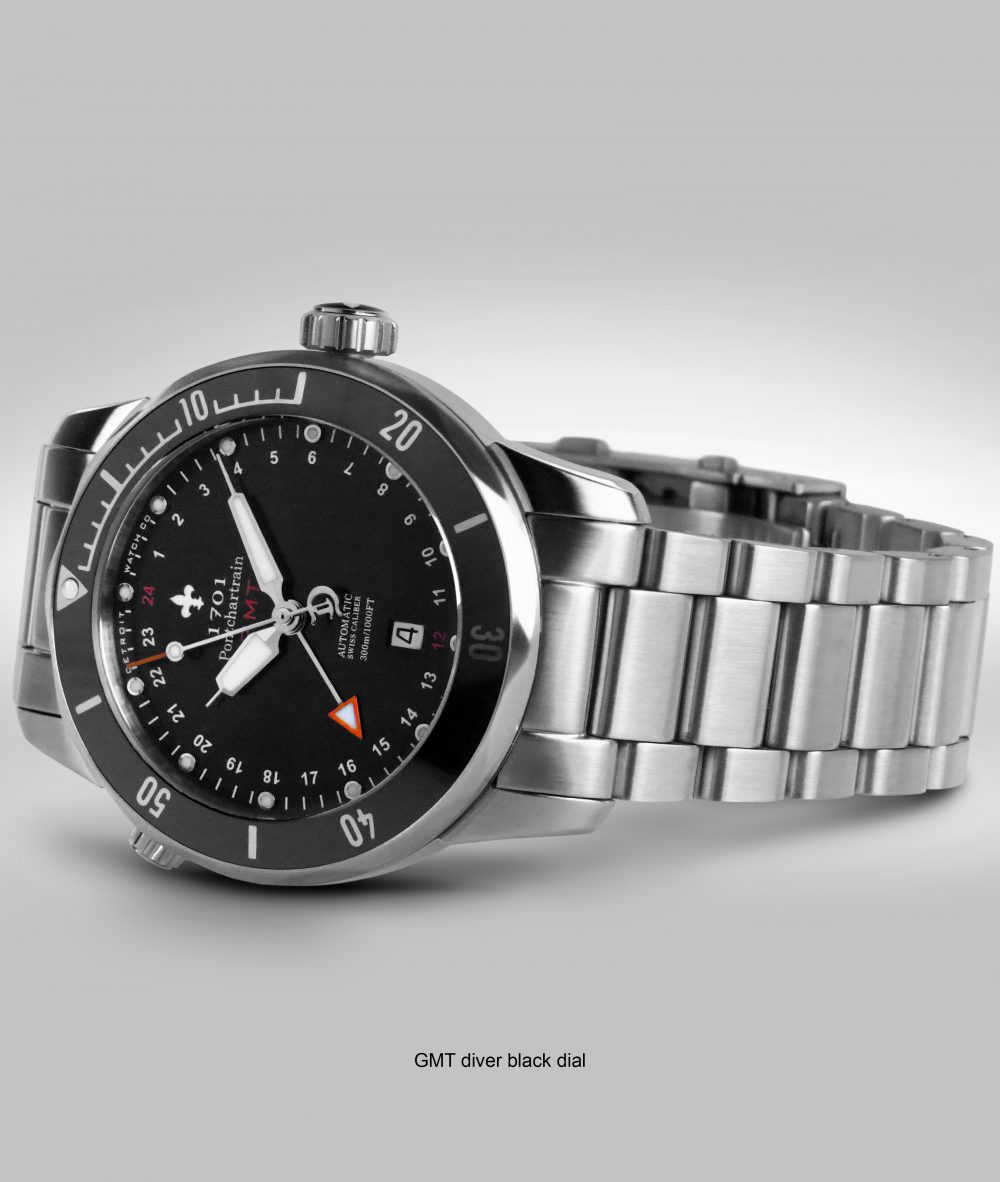 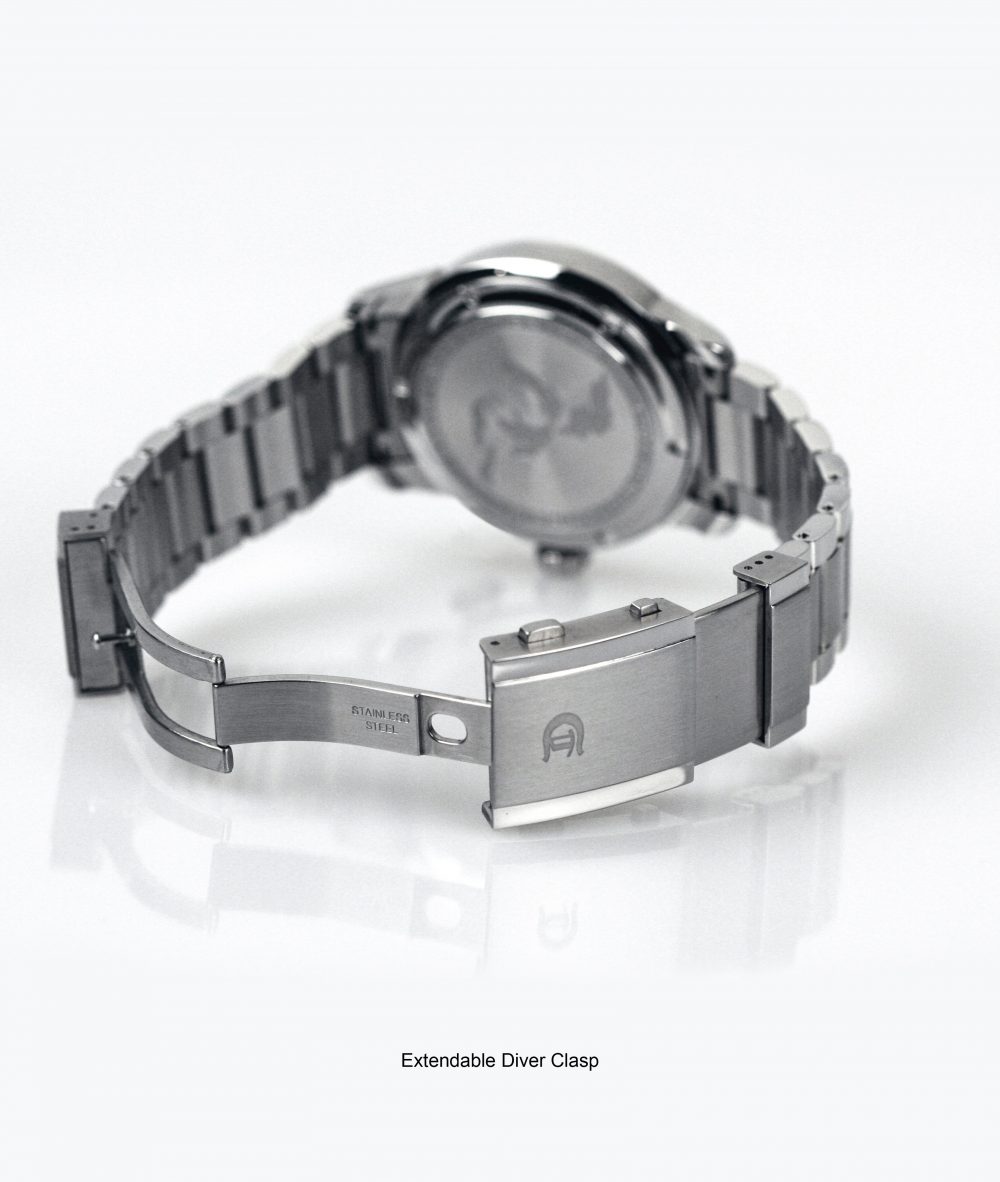 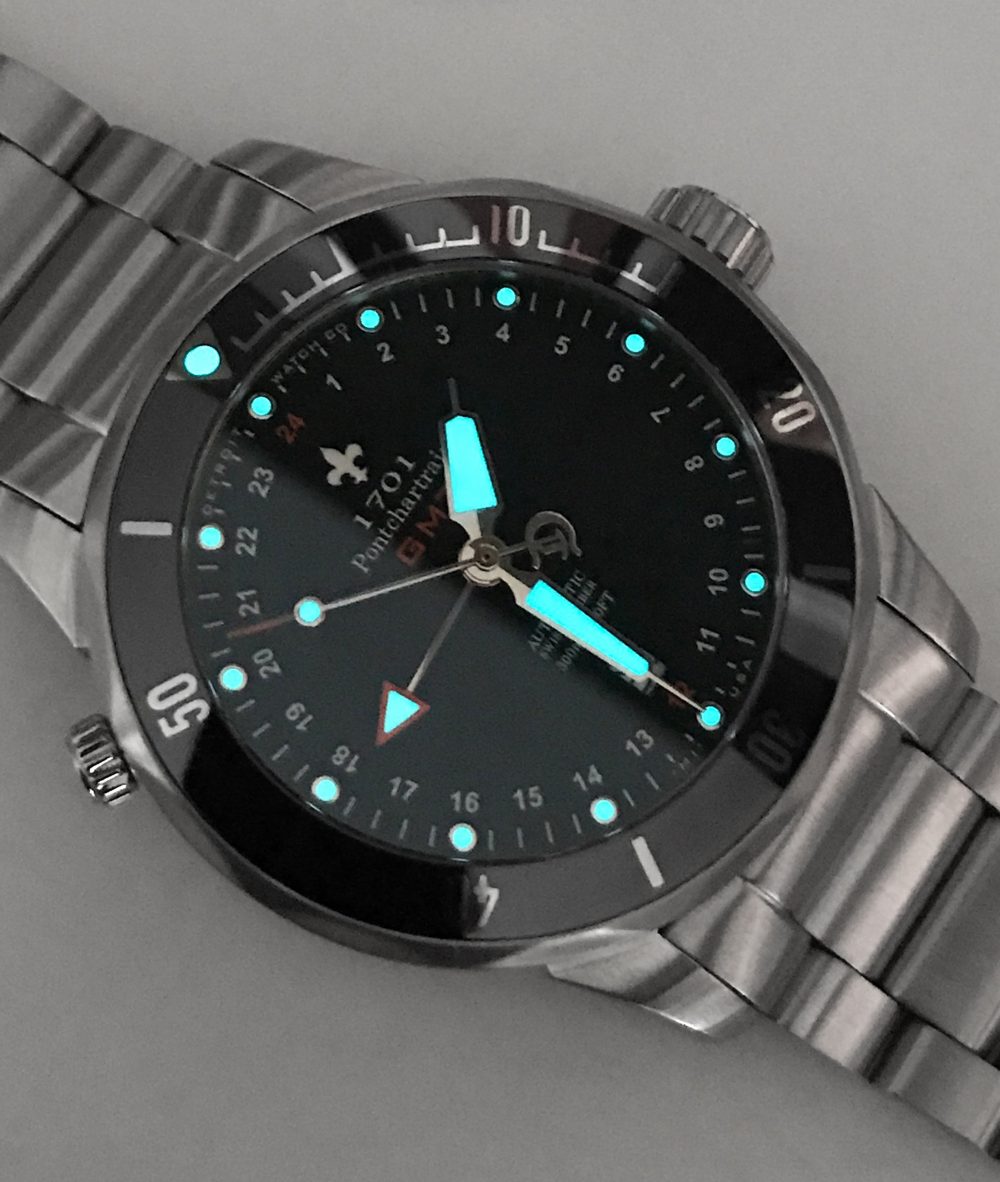 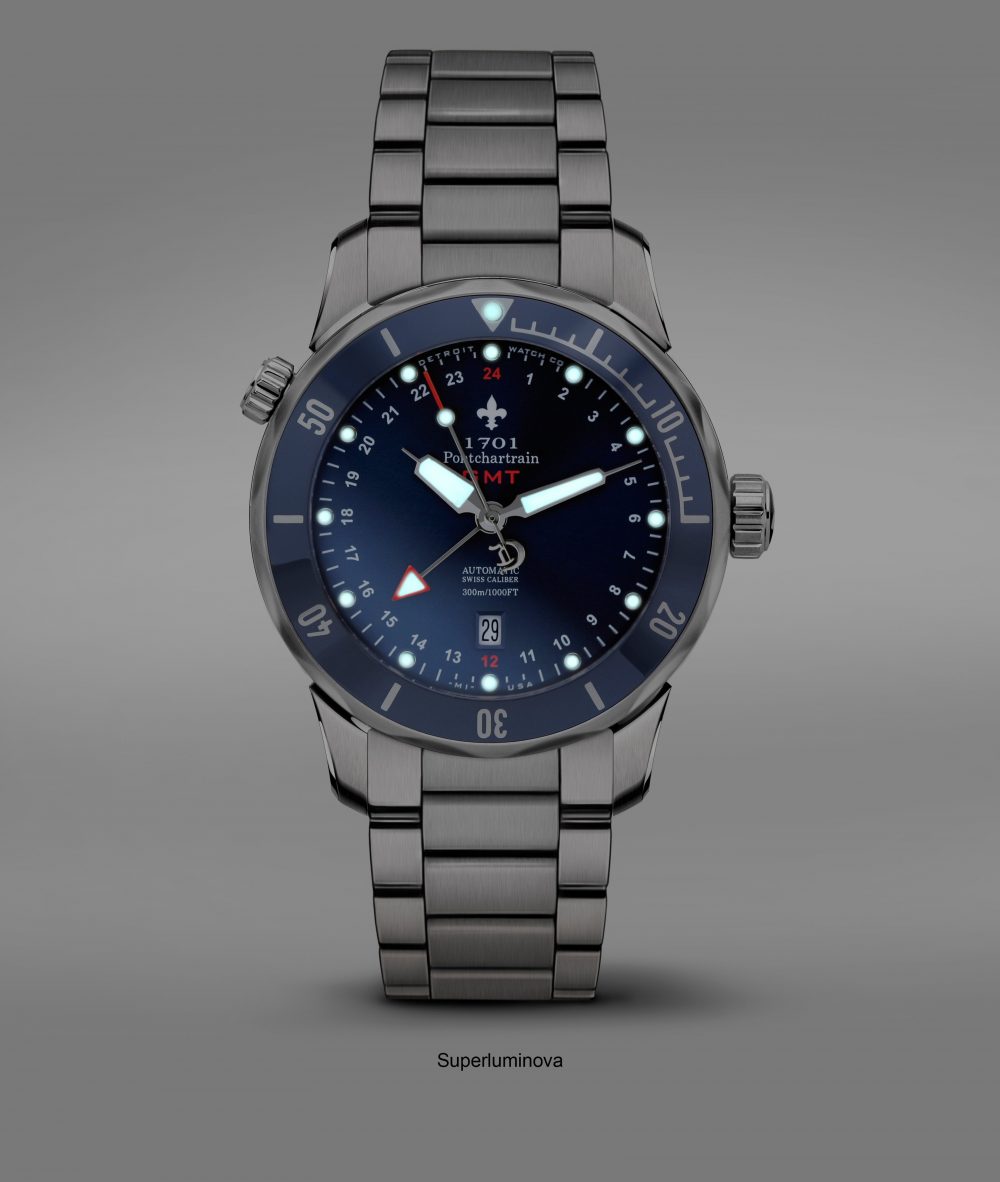 Detroit Watch Company have been responsible for some unparalleled watches in their time but this 1701 Pontchartrain® Great Lakes Edition GMT Diver is probably our favourite to date here at Coolector HQ. It has a compelling backstory and design inspiration and boasts some mighty high end materials and components which belie its $1495 price tag. Looking for a new dive watch? You’ve just found it.

Written By
Leo Davie
More from Leo Davie
Contemporary architecture is something that often divides opinion but when the construction...
Read More