Given that we know almost nothing about motorbikes here at Coolector HQ, it is perhaps surprising the frequency with which we choose to cover them but they are without doubt one of the best sources of inspiration from a design and build point of view and seldom is this more true than with this supremely cool looking Five Motorbike from the guys at Federal Moto. 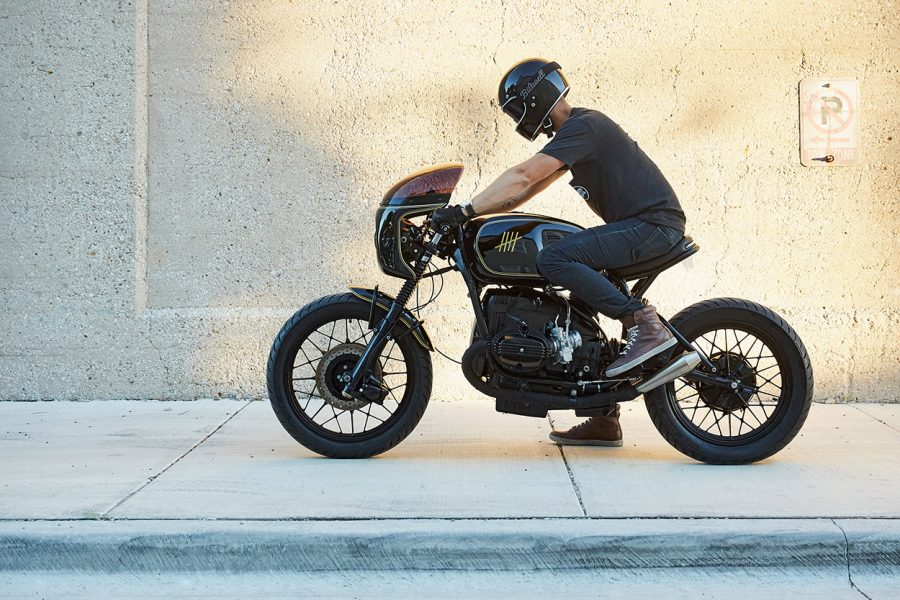 The Federal Moto Five Motorbike is one of those rare beasts that delivers both impeccable visual appeal alongside a performance which is second to none as well. If you count yourself as a biking aficionado, this is a machine that won’t disappoint and, being built upon a BMW R100 Cafe Racer, it has the sort of old school cool that we’re such big fans of here at The Coolector. Superbly crafted and highly striking aesthetically, there is certainly plenty on offer to appreciate here.

Federal Moto are a Canadian bike workshop and the Five Motorbike is one of many mesmerising customised bikes they have been responsible for creating. The Five Motorbike from Federal Moto, however, is one of the first offerings from the workshop’s American outpost in Chicago and it definitely seems like there’s been no dip in quality with the move across the border. This spectacular steed is a trimmed down and minimalist offering that fans of an understated ride will love and it has plenty of bells and whistles on board to boot to keep the performance fans happy. 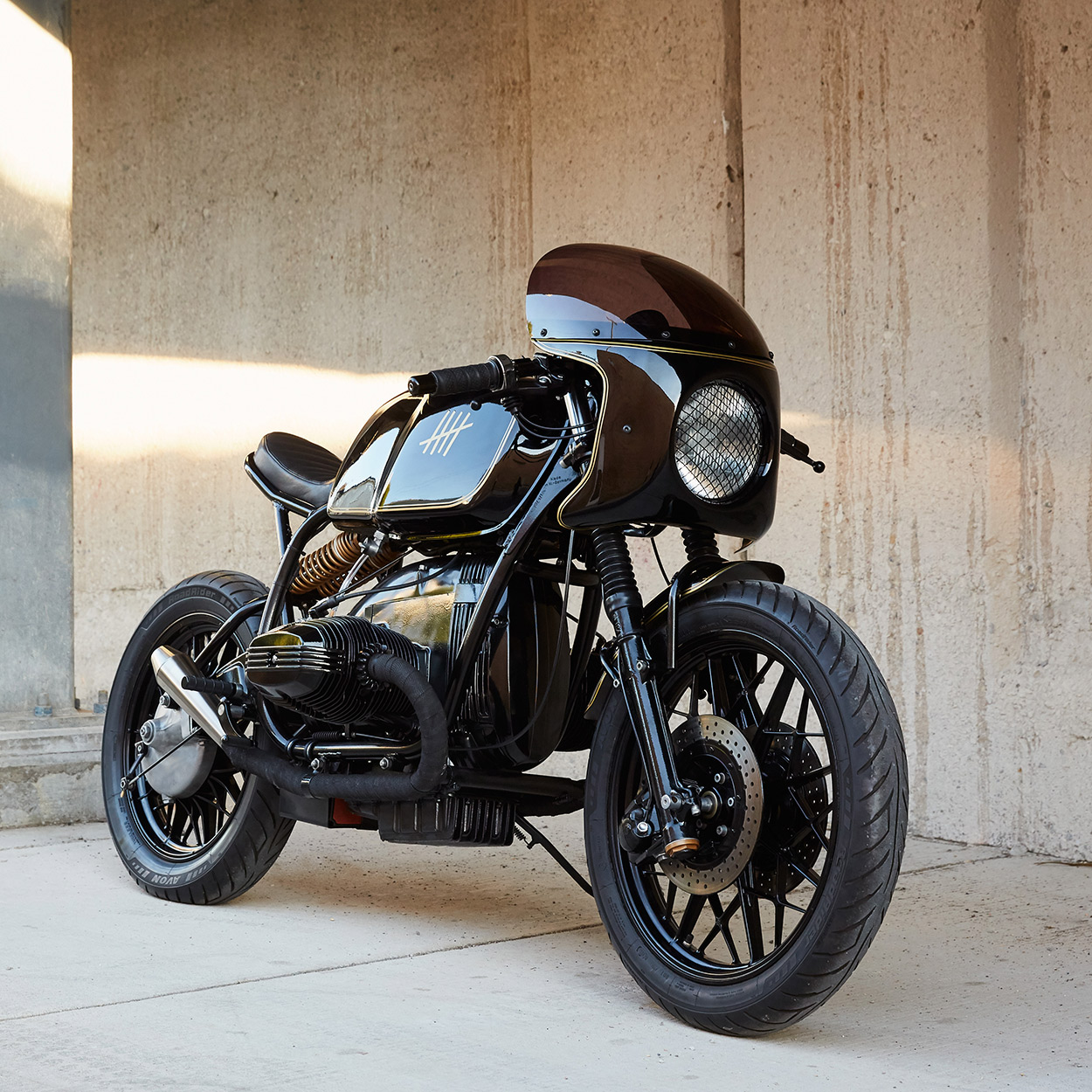 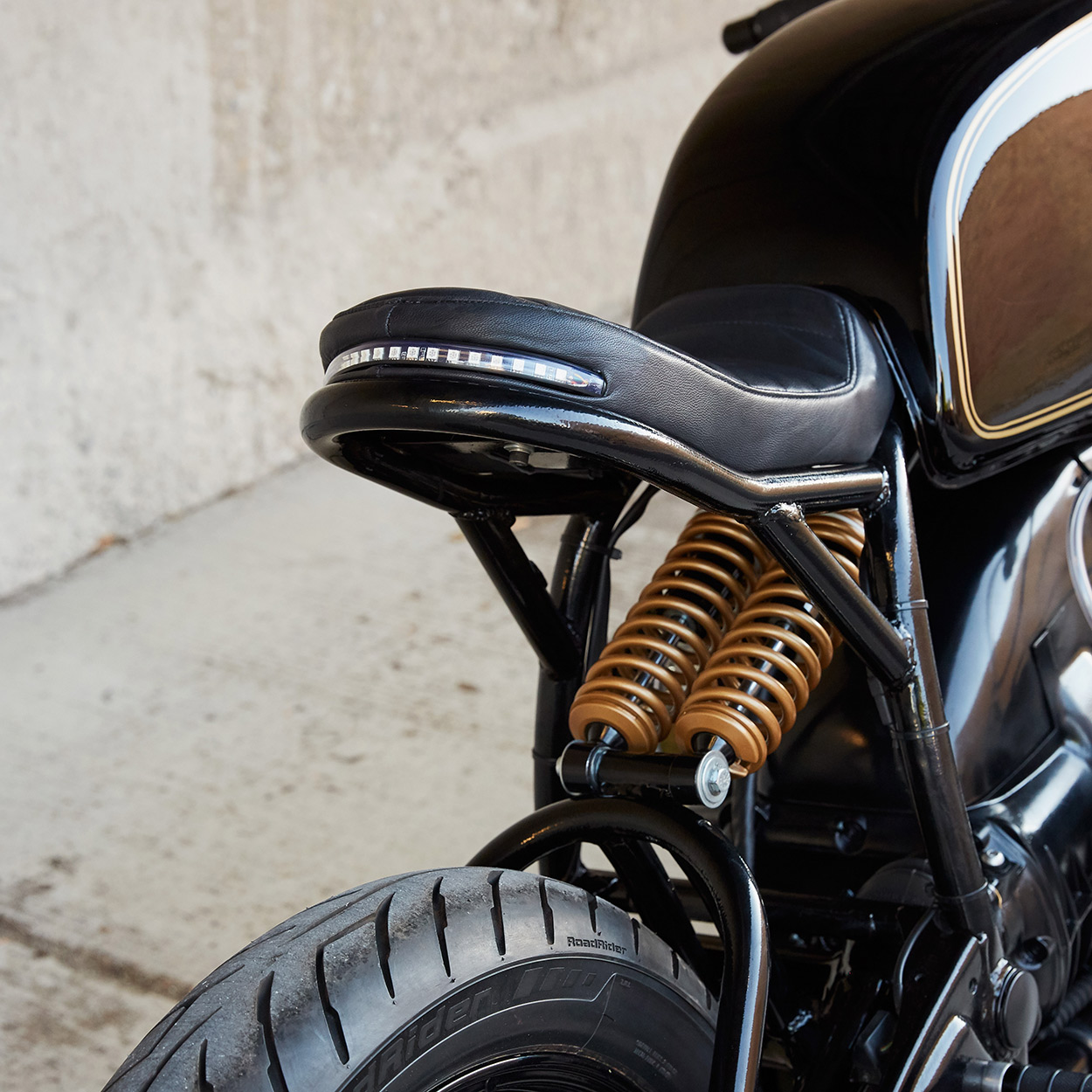 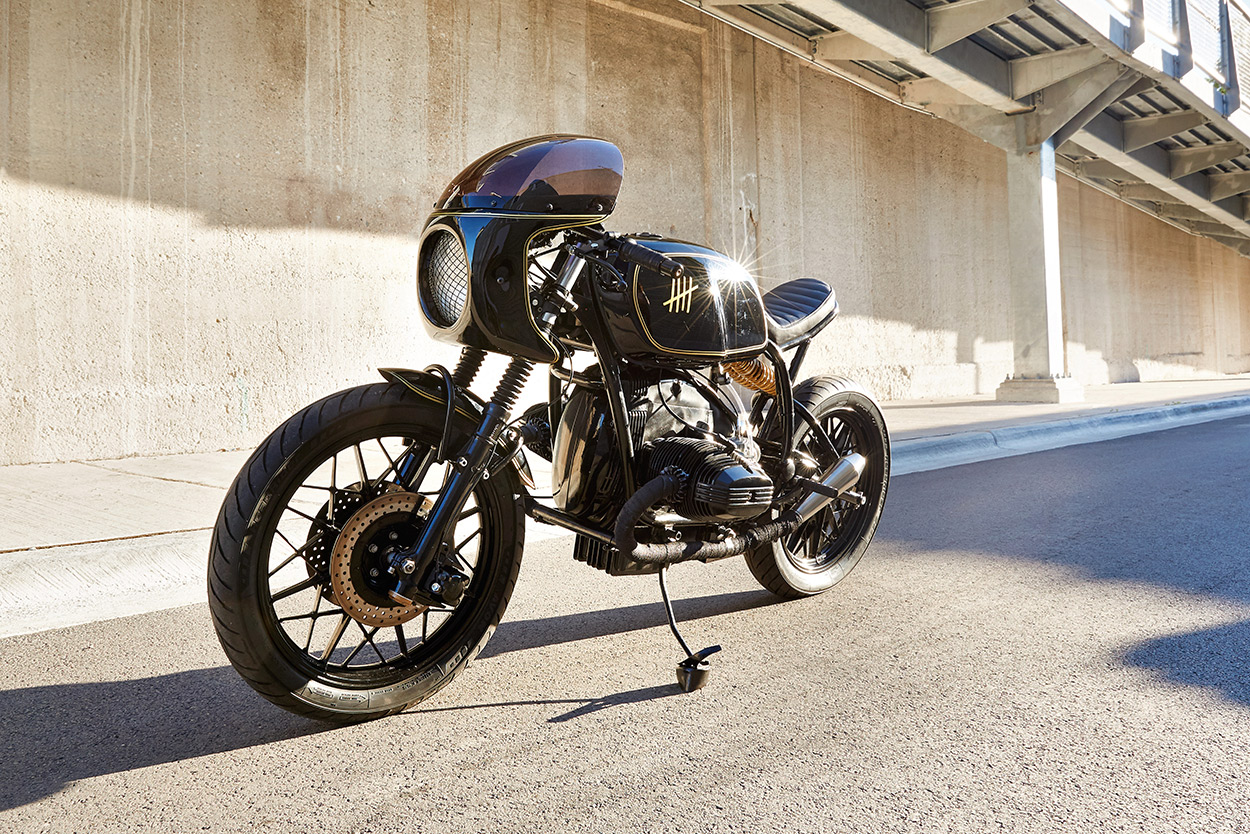 Exceptionally well made with a hint of retro vibes, the Federal Moto Five Motorbike has a slimmed down airhead, which does away with the original bodywork with the important exception of the fuel tank. You’ll find plenty of eye-catching new features on this custom job such as a front fender, airbox hole cover and ‘S’ fairing from Boxer Cafe. The headlight fits perfectly in, capped off with a mesh guard for added protection and the overall look and feel of this bike is hard to top. 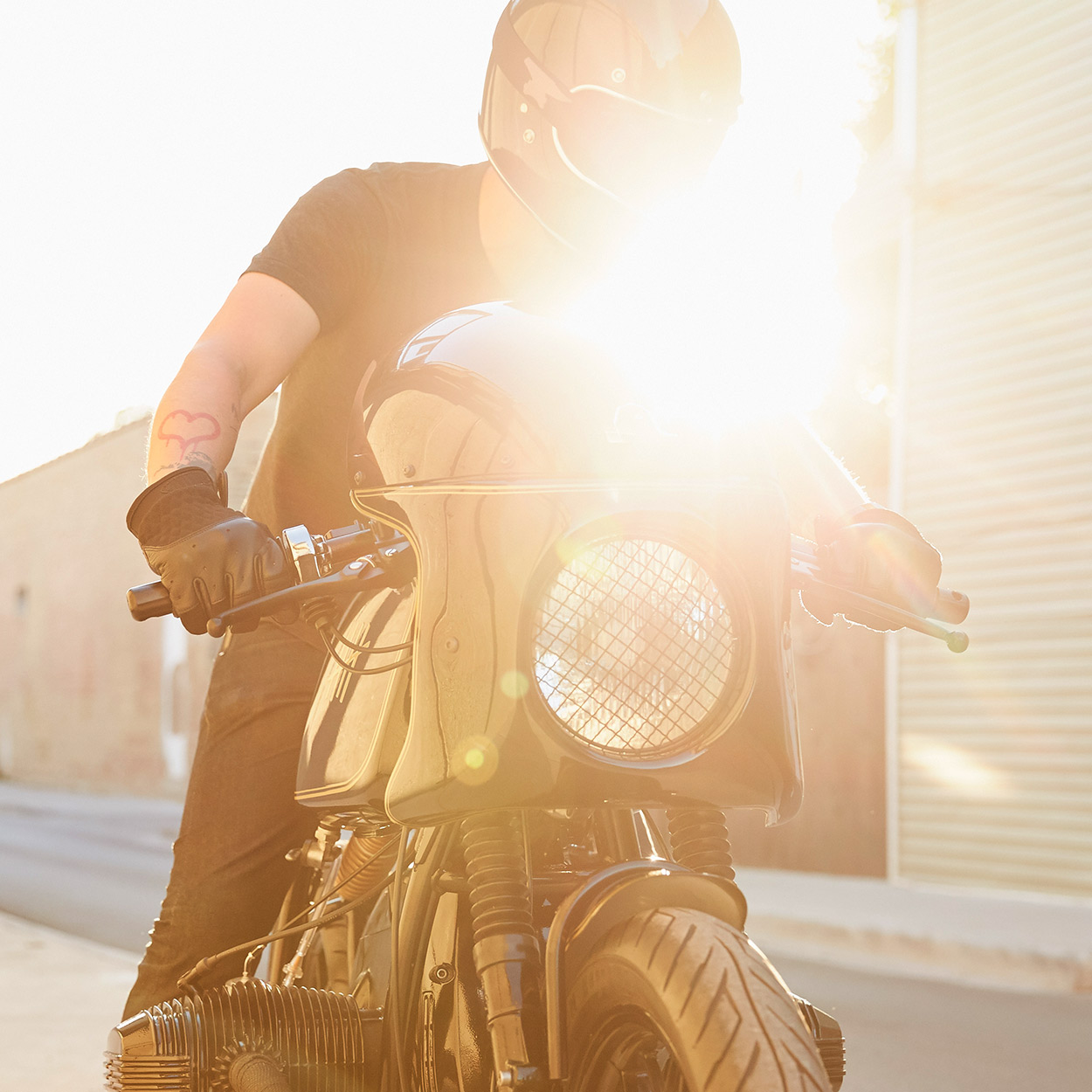 Offering an incredibly smooth ride, the Five Motorbike boasts a completely redesigned subframe which takes its design inspiration from  Bryan Fuller’s exceptional Super Duc scrambler. This cracking contraption has a sporty stance that makes it immediately rideable and stand out from the crowd and in the cockpit you’ll discover a strikingTommaselli throttle, Brookes leather grips, a digital Koso combination speedo and tacho and, last but no means least, Posh Japan mini handlebar switches for the perfect finishing touch to proceedings.

Whilst the black finish unquestionably gives the Five Motorbike from Federal Moto a real stealthy air, it is one of those bikes that when you lay eyes on it, it’s impossible to ignore. Compact and precisely crafted so there are no superfluous parts, this amazing ride has caught our eye here at Coolector HQ and for those who love first class customisation jobs this is right up there with the best of them. 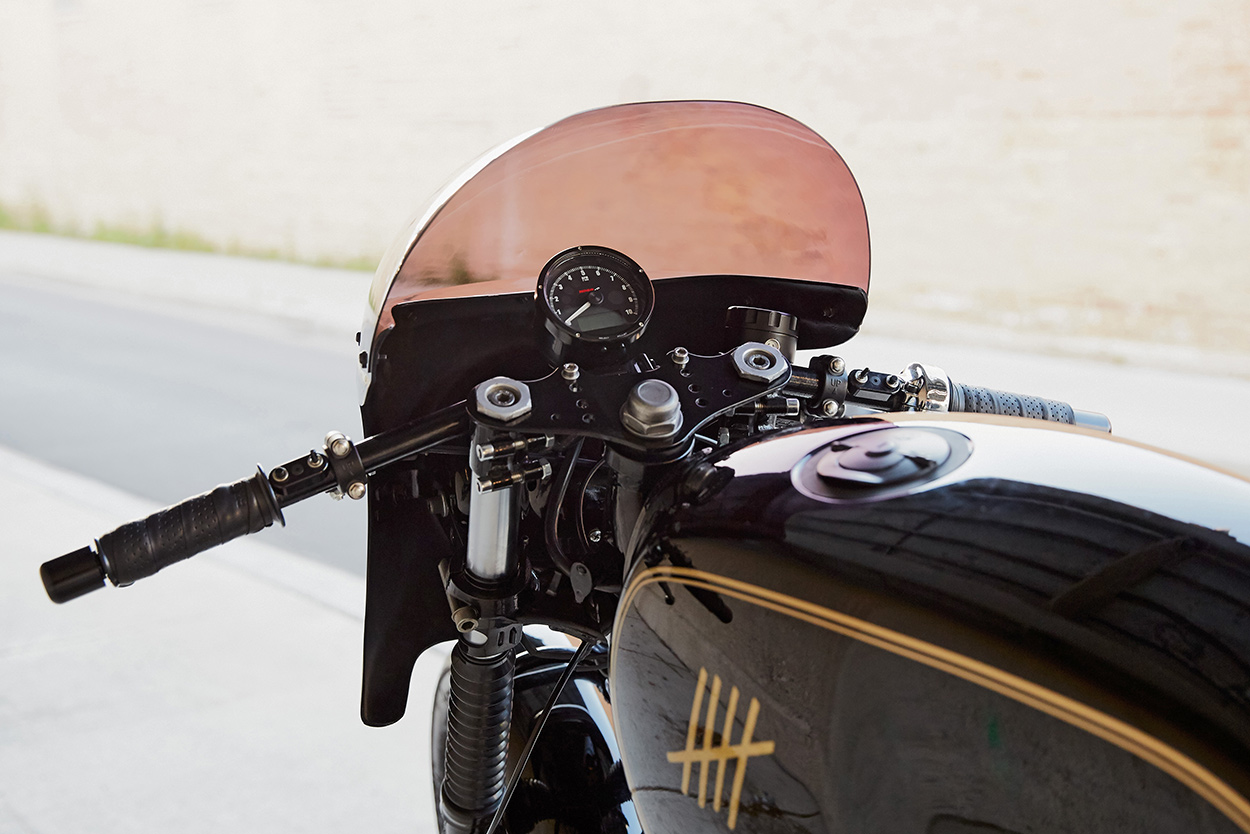 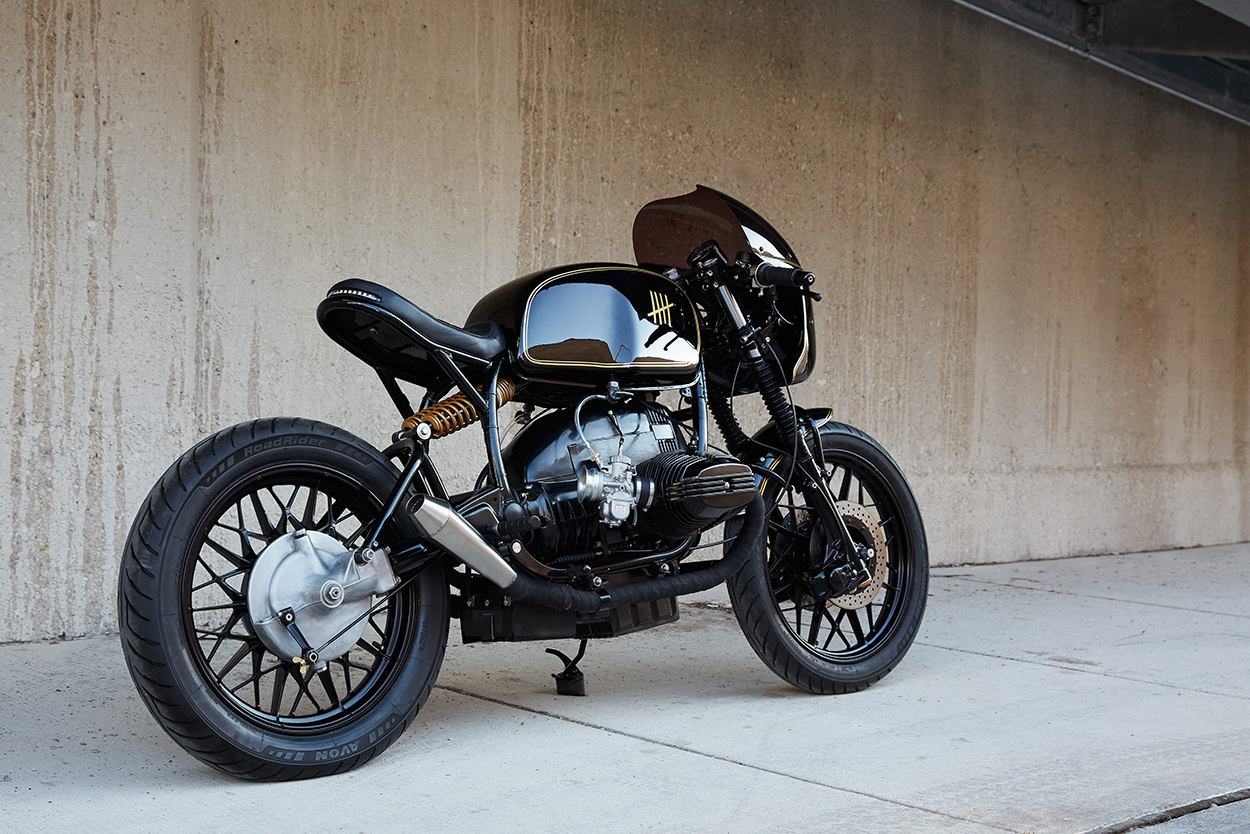 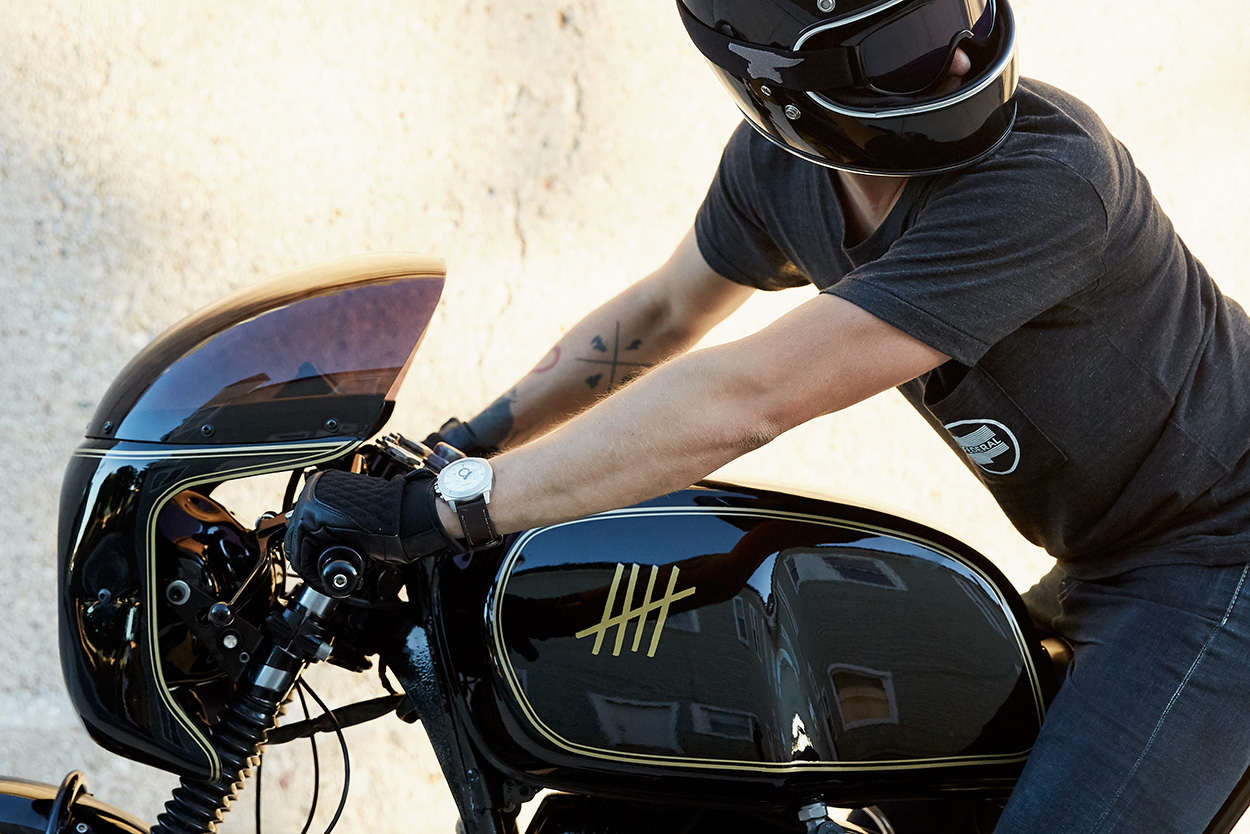 Federal Moto are a workshop we haven’t encountered before but if the quality of their Five Motorbike is anything to go by, they are operating at the top of their game and we can’t wait to see what else that they got in store for the rest of 2017 and beyond here at The Coolector.