When it comes to the world of luxury watches, it goes without saying that HODINKEE are somewhat of an authority and that’s why some of the world’s leading watchmakers are only too happy to collaborate with them on special edition timepieces. The latest collaborative project is this incredible looking Omega Speedmaster HODINKEE 10th Anniversary Limited Edition Watch which is one of the classiest accessories imaginable and already selling rapidly. 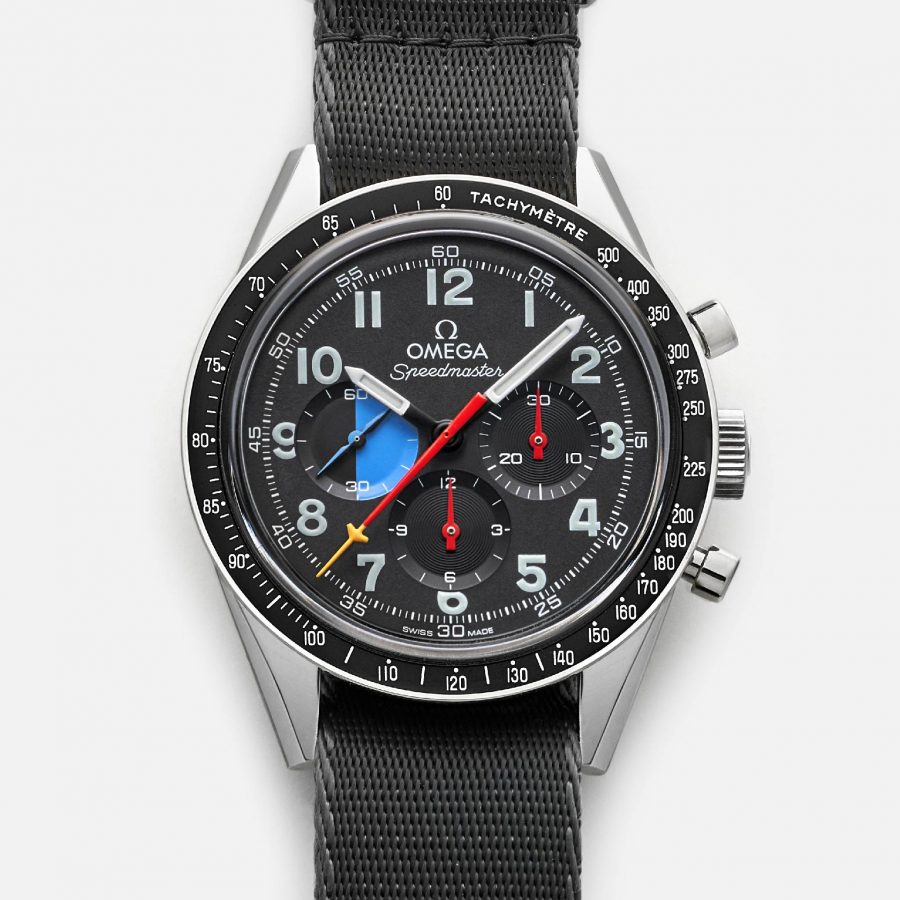 The Omega Speedmaster HODINKEE 10th Anniversary Limited Edition Watch is priced at $6,500 and is limited to just 500 pieces and has been conceived to, as the name suggests, celebrate the 10th anniversary since the launch of HODINKEE. This cracking timepiece is an original Speedmaster, but with a twist that is particularly meaningful to the team at HODINKEE. They took the original 39.7mm case of the reference 2998 and combined it with a hand-wound caliber 1861 chronograph movement for a devilishly dapper timepiece for luxury watch aficionados.

Aesthetically speaking, the Omega Speedmaster HODINKEE 10th Anniversary Limited Edition Watch is distinctly contemporary, with a dial and hands that make this limited edition quite unlike any manually wound Speedmaster ever created. This stunning timepiece from HODINKEE and Omega combines a vintage profile with a entirely modern dial design, which takes its design inspiration from HODINKEE founder and CEO Ben Clymer’s very first timepiece: namely an Omega Speedmaster MK40 gifted to him by his grandfather. 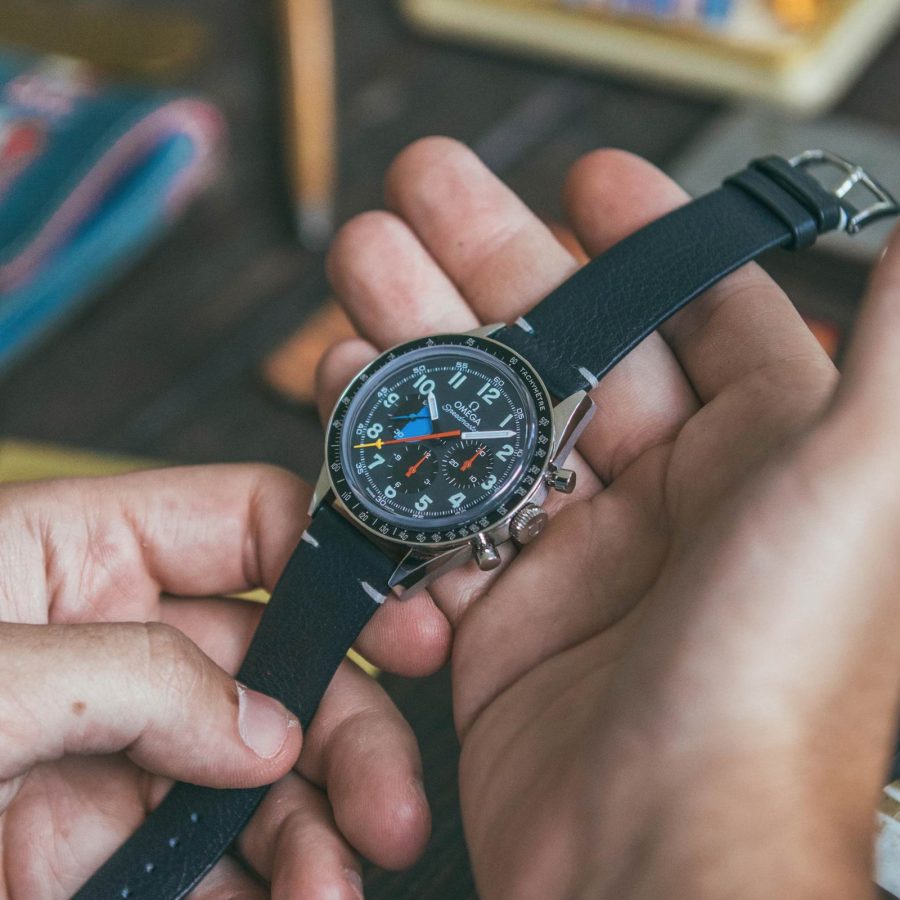 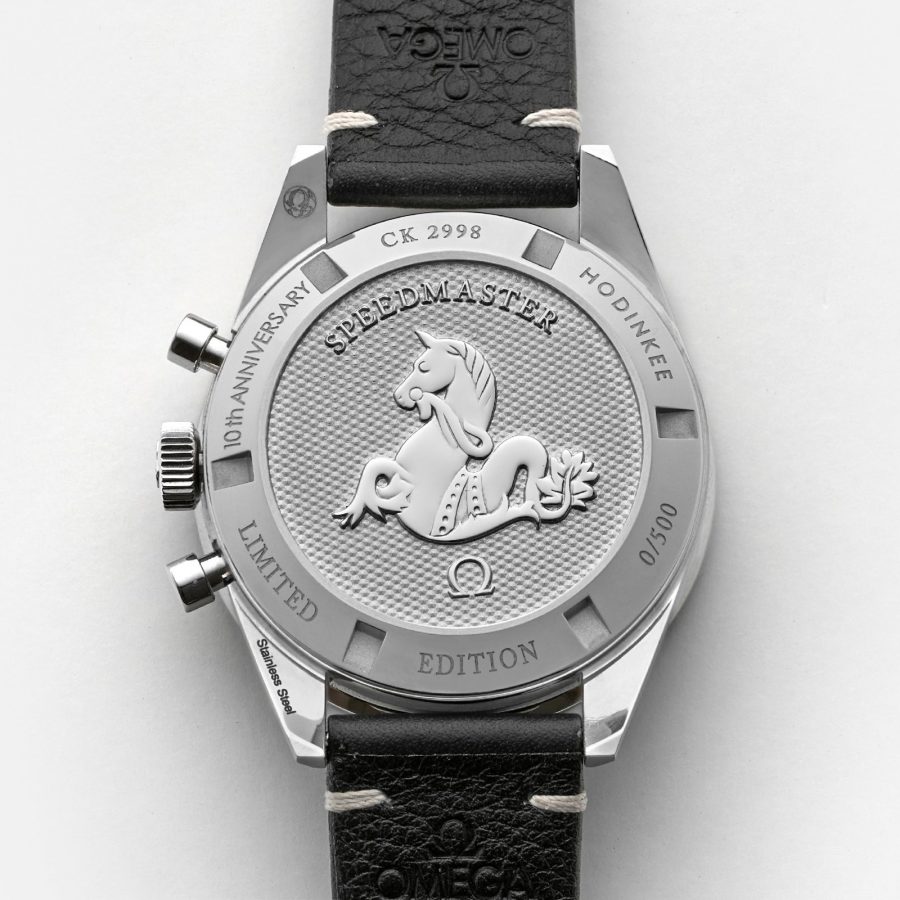 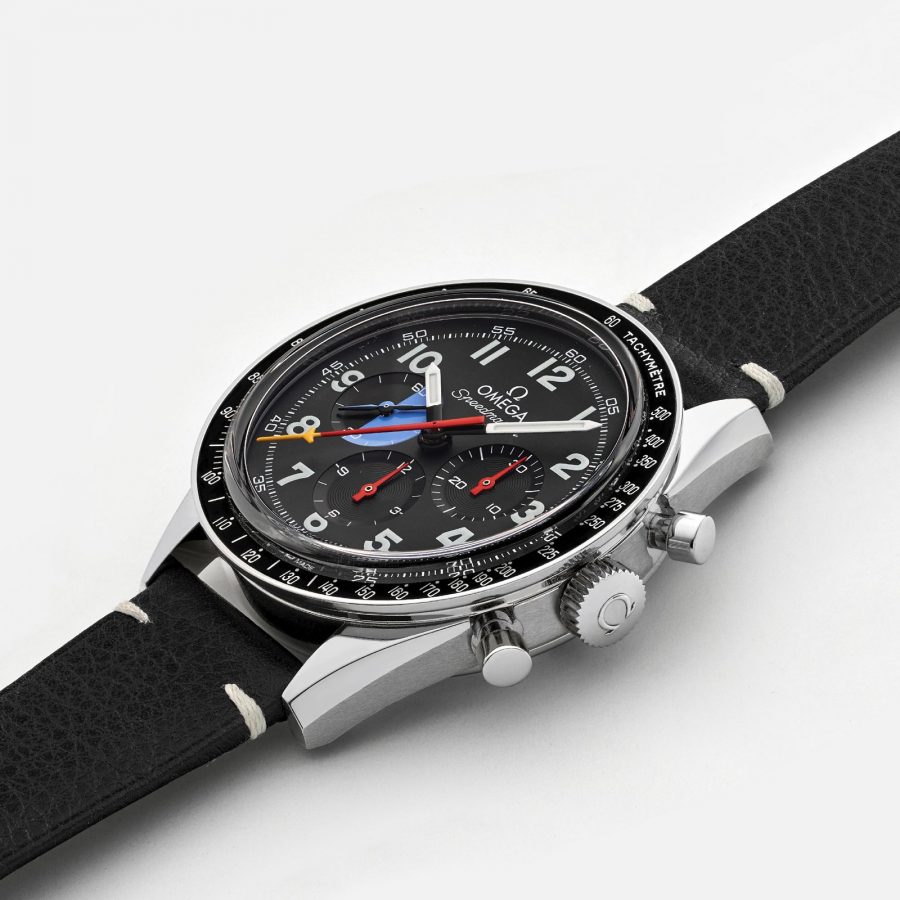 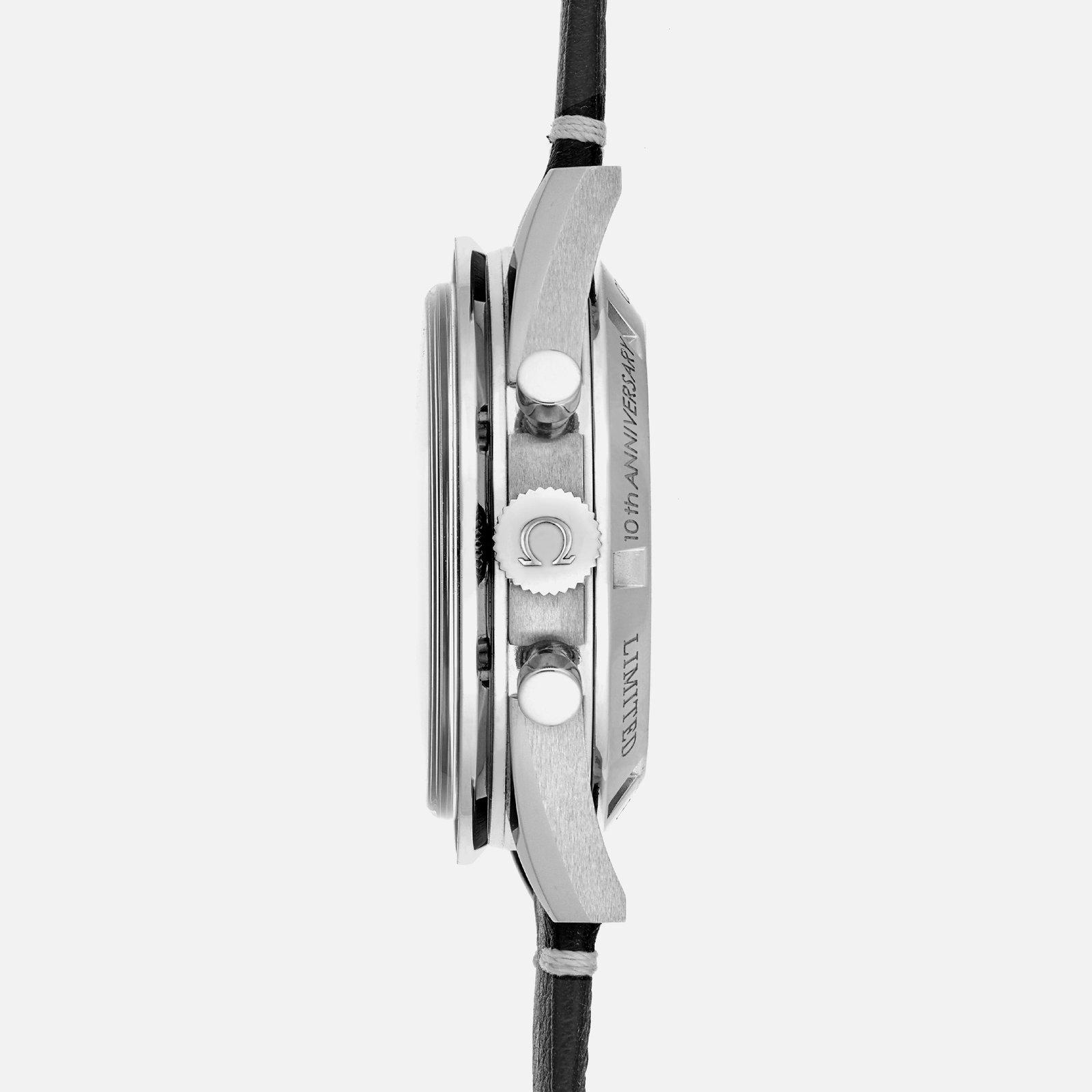 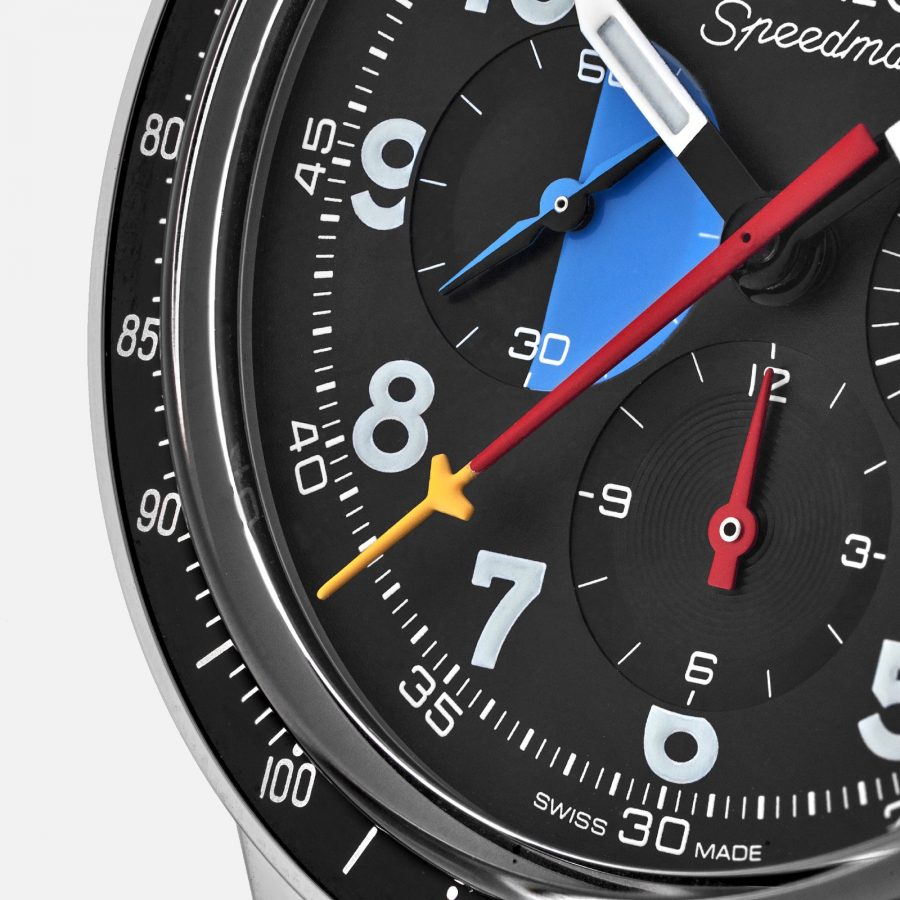 The Omega Speedmaster HODINKEE 10th Anniversary Limited Edition Watch boasts a dial which is a deep blue/grey, rather than black, and has a striking minute scale and luminous Arabic numerals. The handset goes a step further with this; with the chronograph seconds hand in red with a yellow tip, as seen on a handful of Speedmasters from the 1970s. Last but not least, the hour and minute registers boast a special red arrow hands, while the running seconds register – painted blue and black as a nod to the day/night indicator of the MK40. 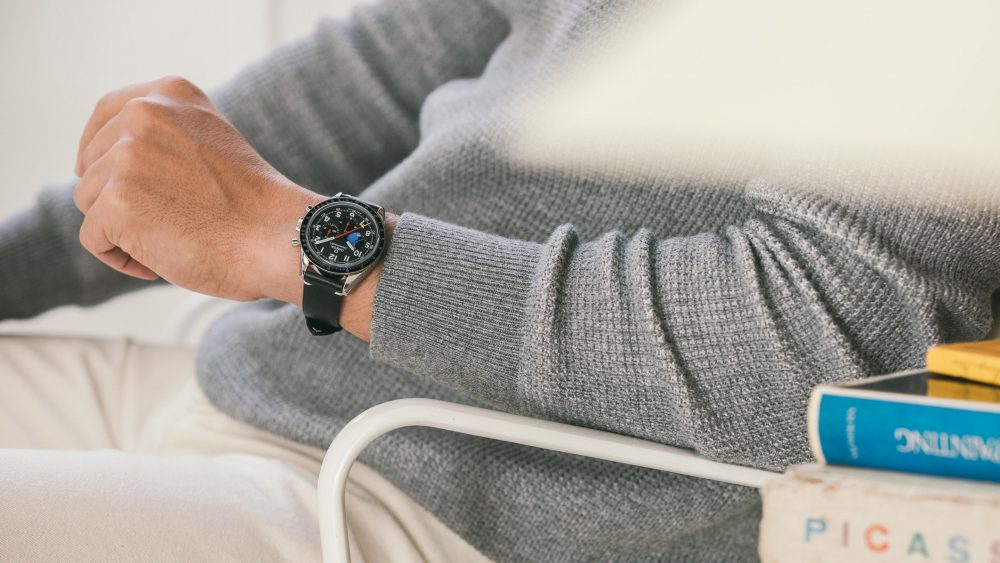 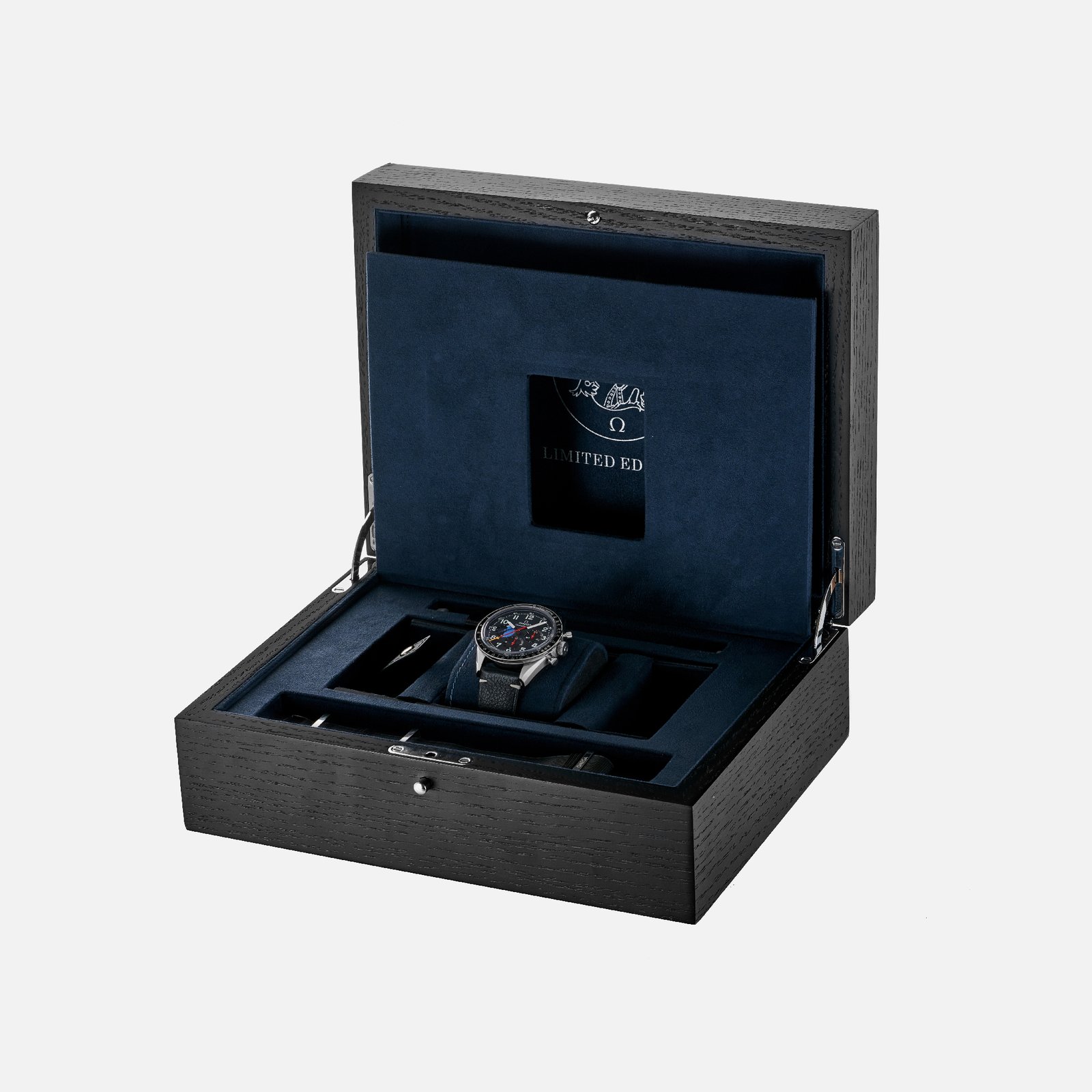 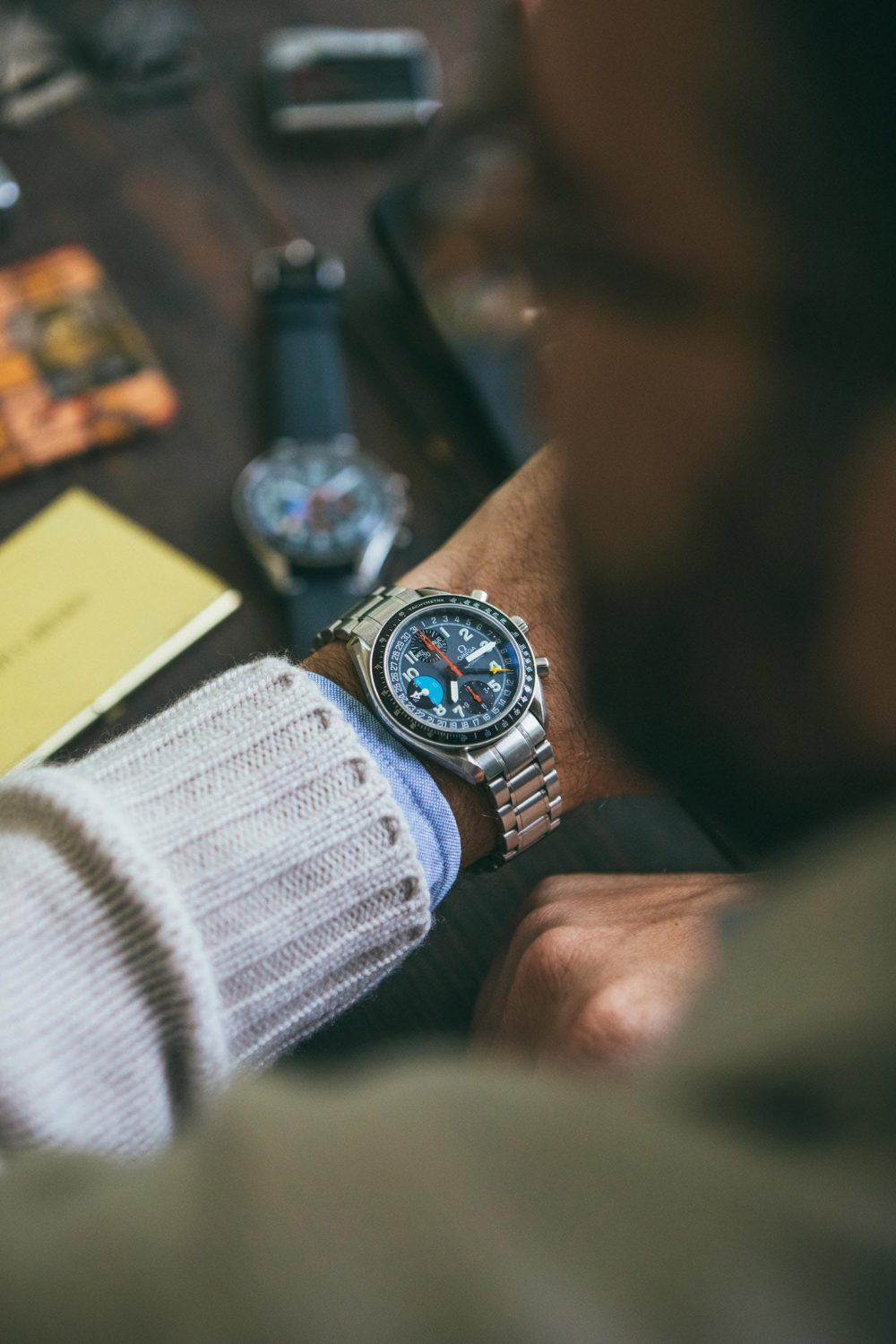 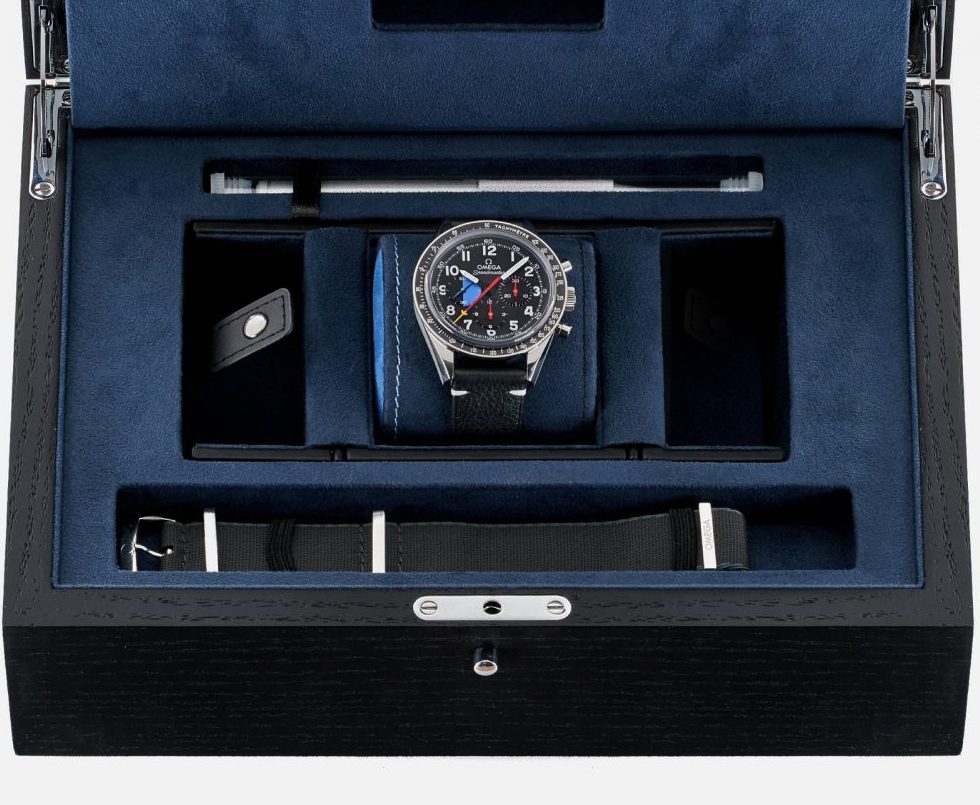 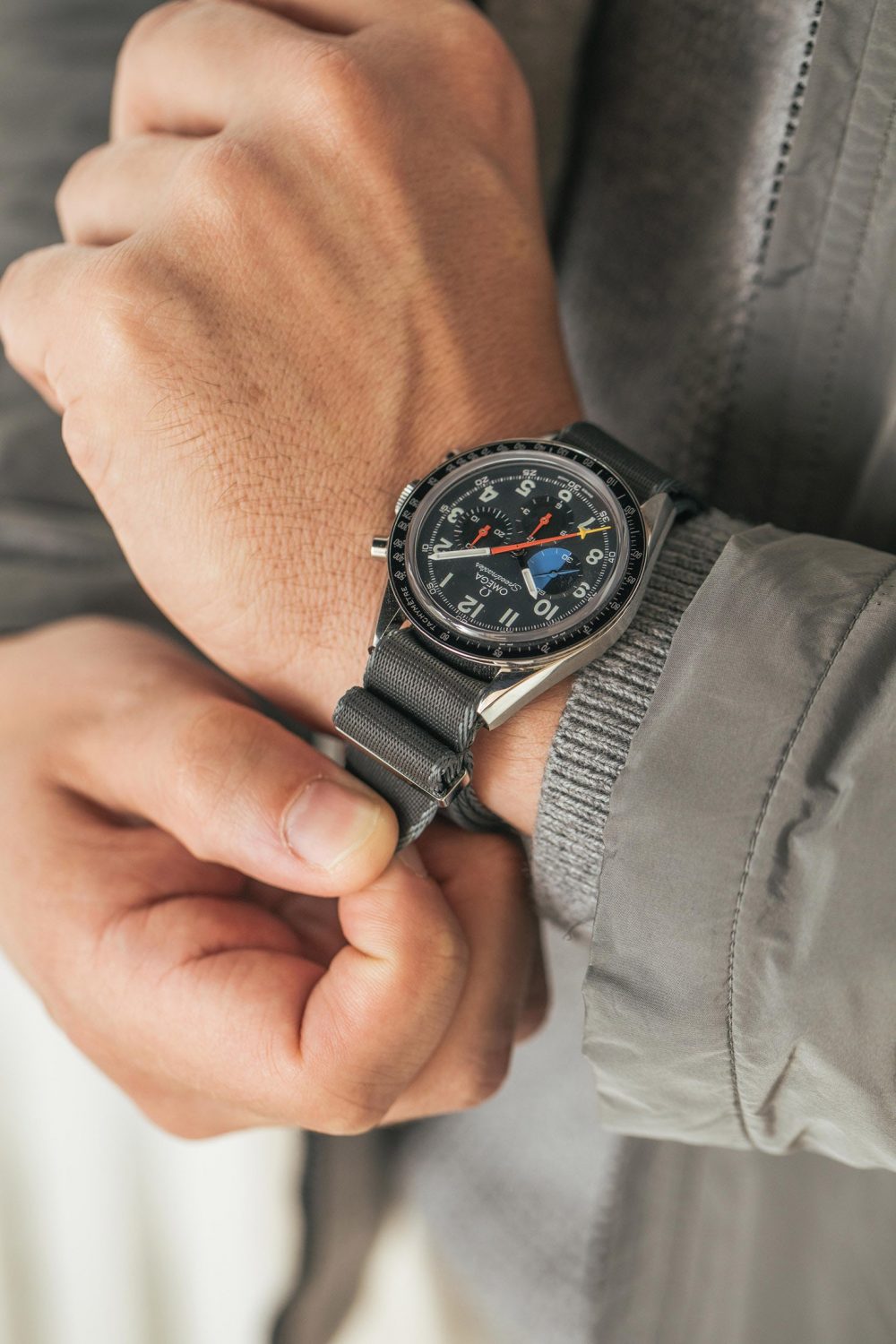 As you would expect from a watchmaker of Omega’s calibre, there are plenty of high end features to be discovered with this collaboration with HODINKEE. This includes a 48 hour power reserve, 50m water resistance, scratch-resistant sapphire crystal casing, SuperLuminova numerals and handset and an Omega 1861 movement for exceptional accuracy and performance day in, day out. 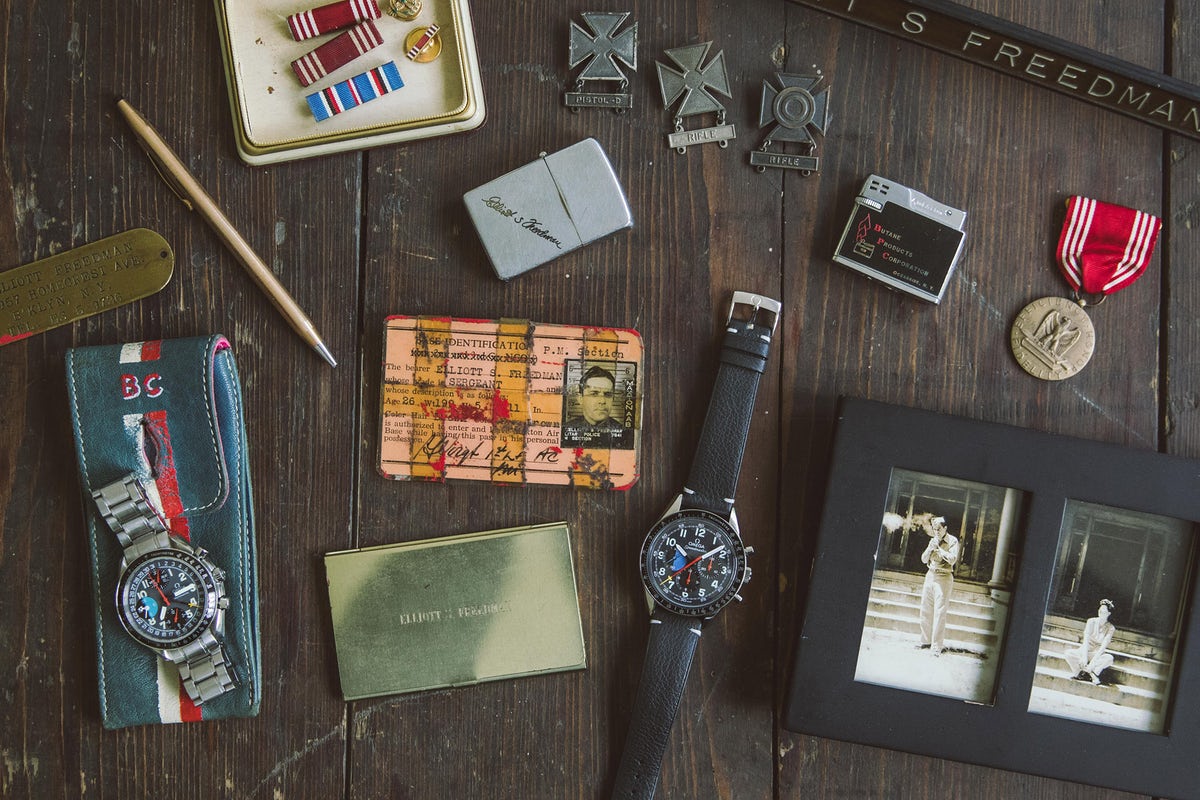 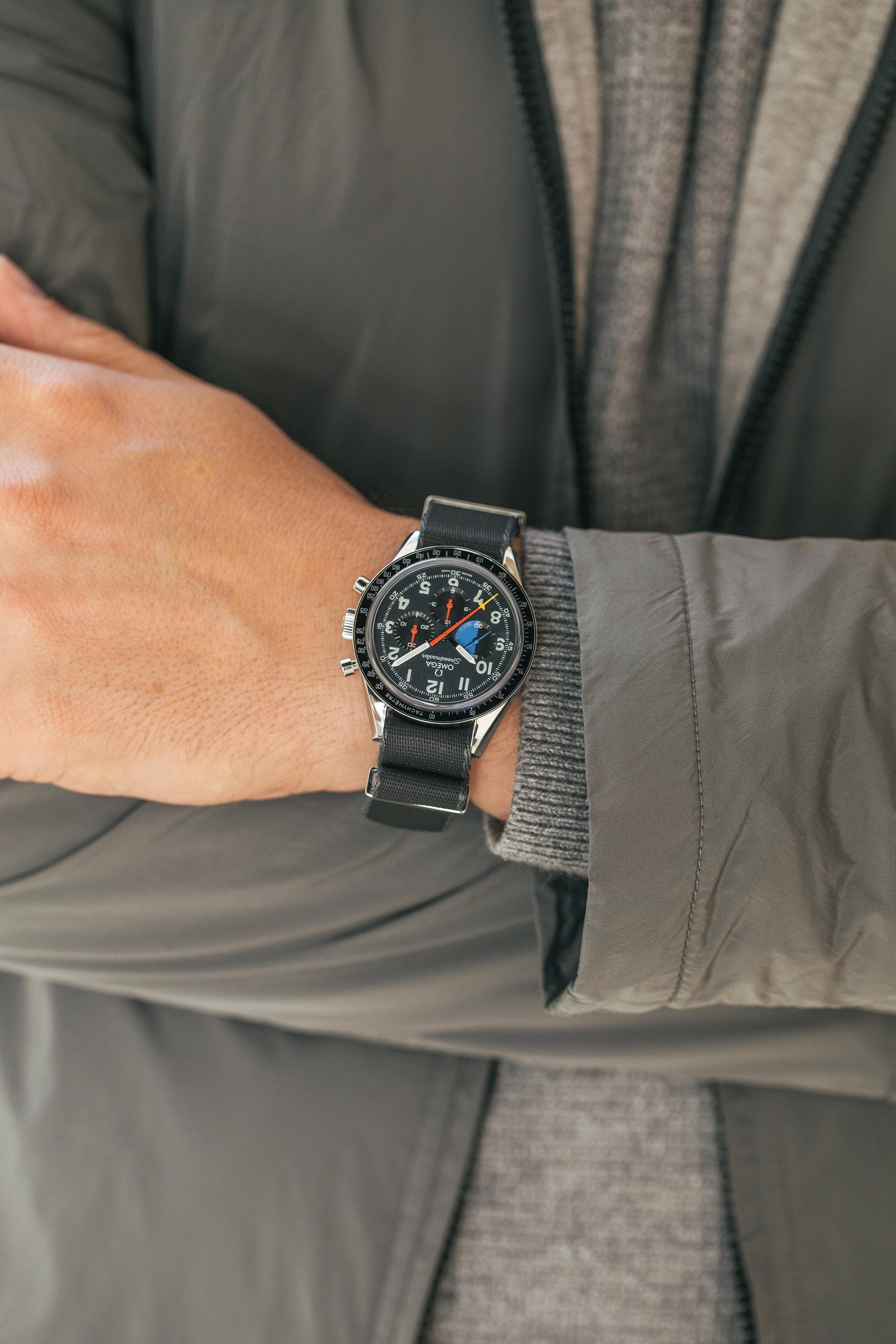 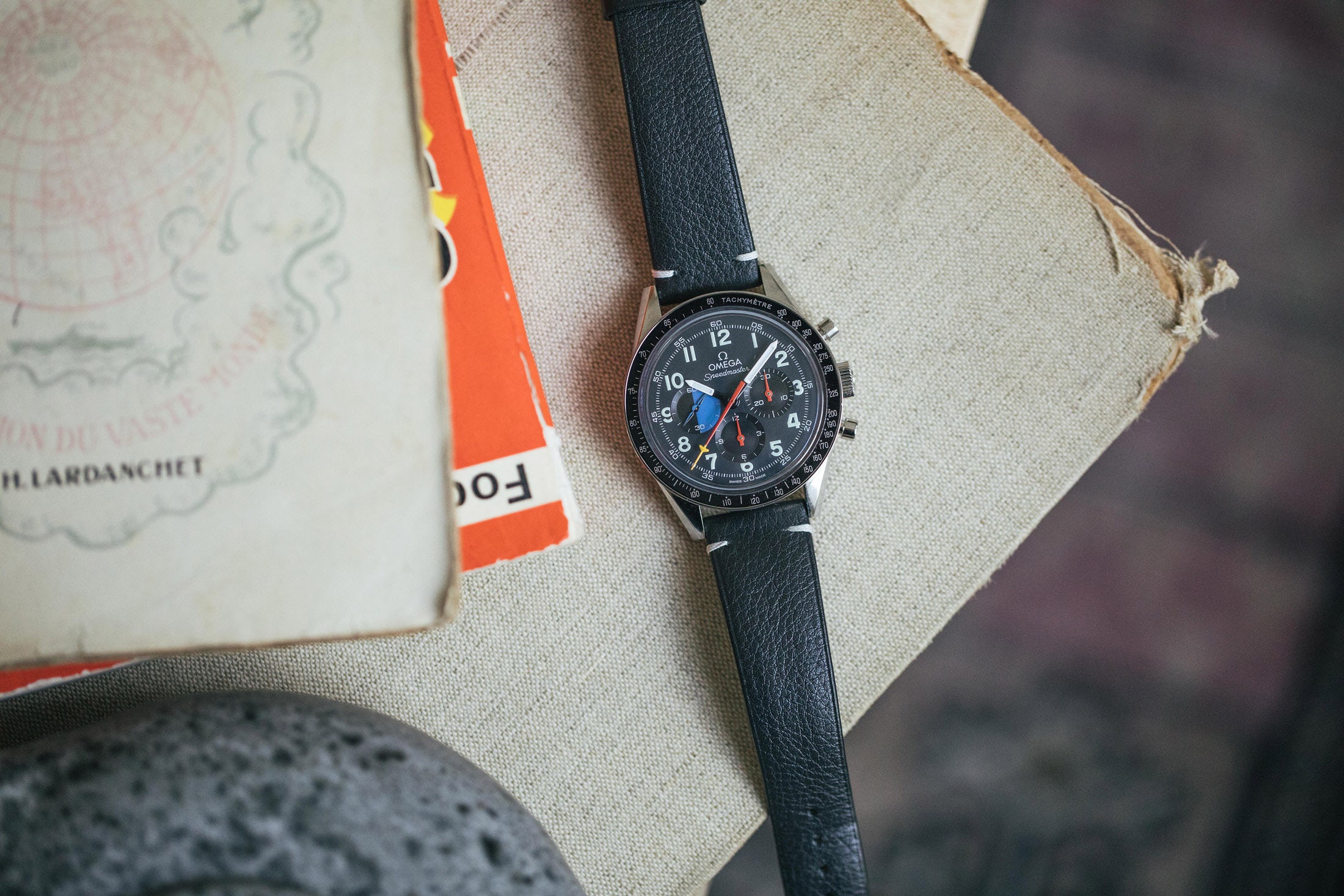 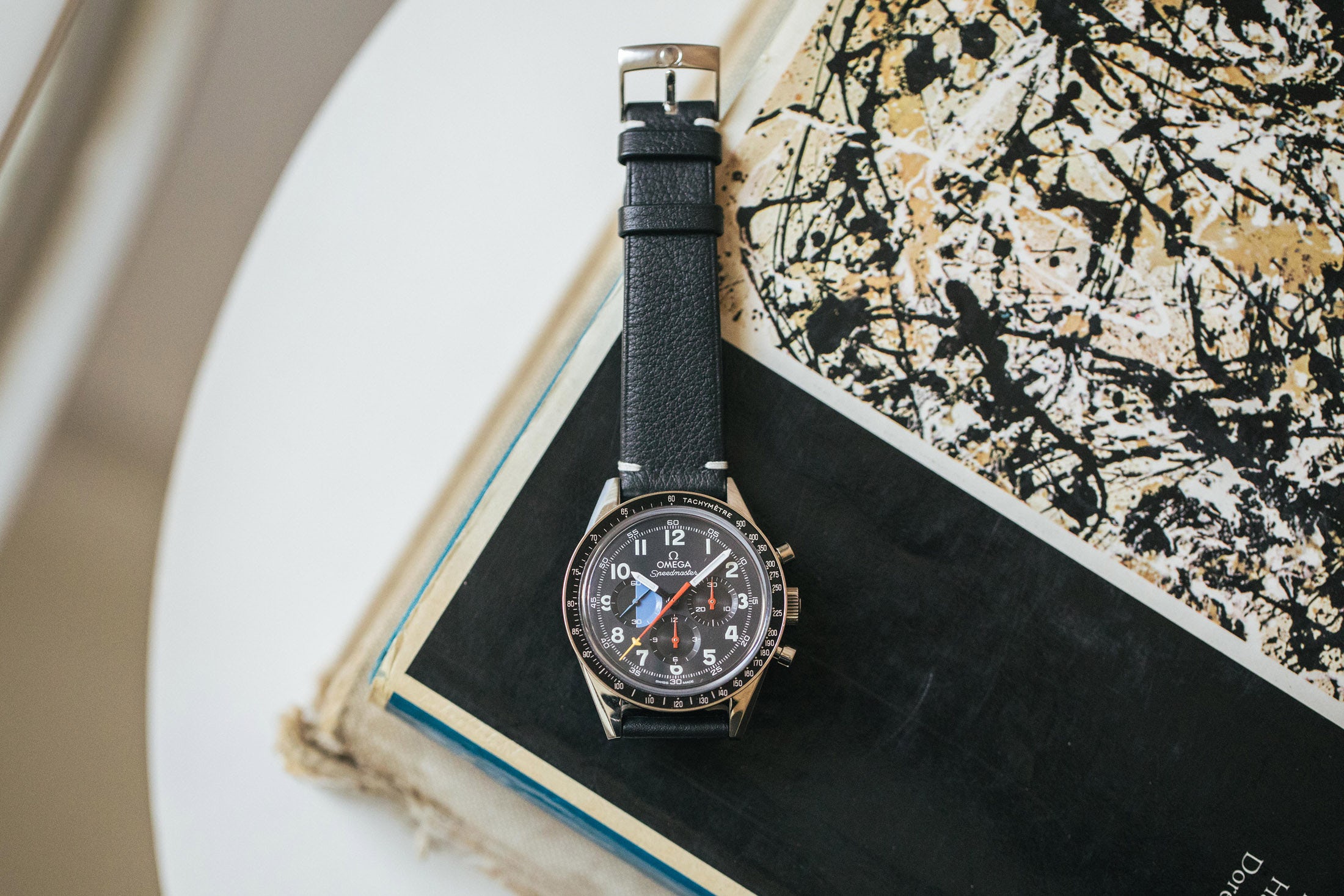 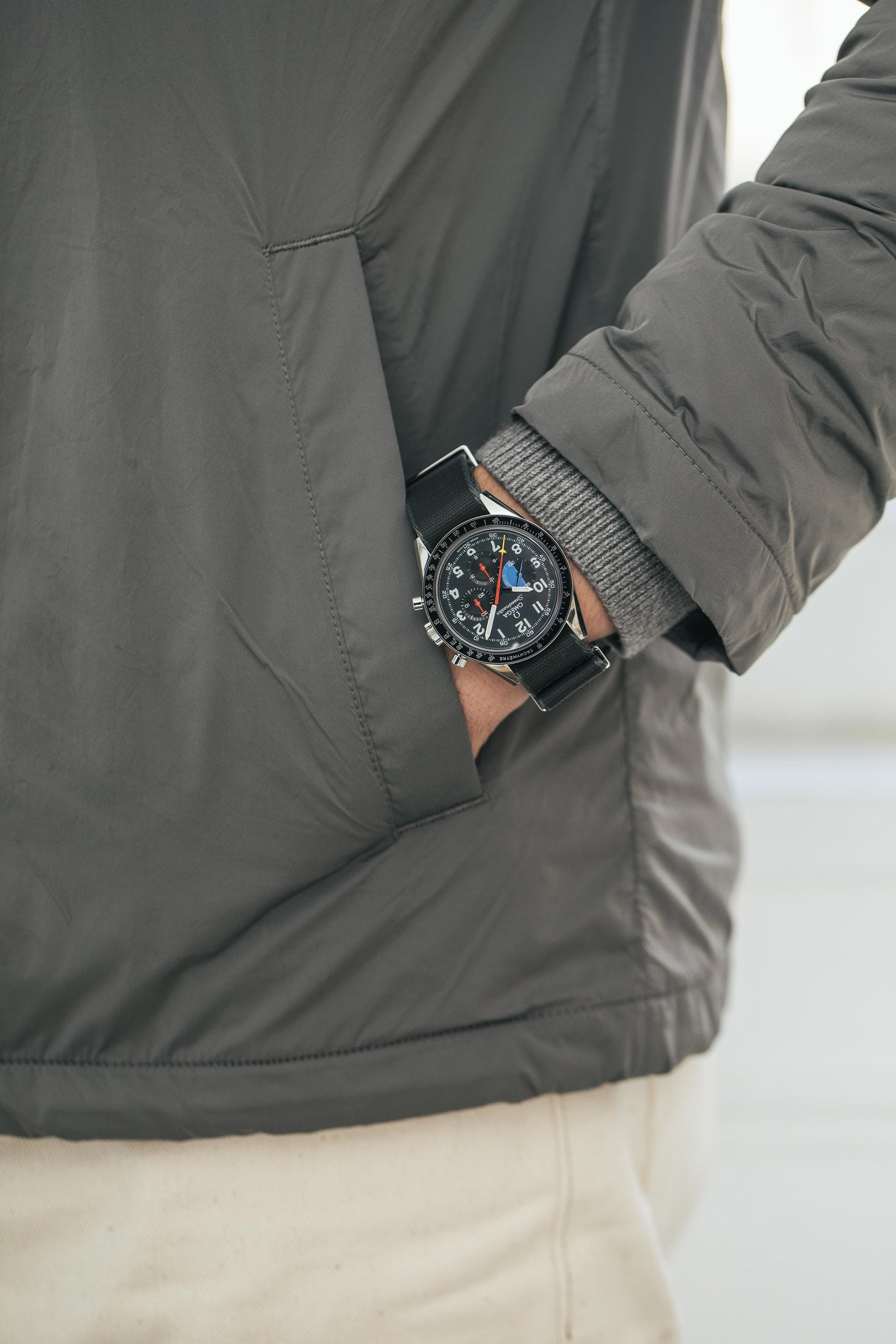 HODINKEE have created some spectacular limited edition watches in their time but this 10th anniversary offering might just be our favourite to date here at Coolector HQ. With a price tag of $6,500, it’s by no means cheap but you’re getting an extremely limited and devilishly dapper watch for that price and one that you can pass from one generation to the next.