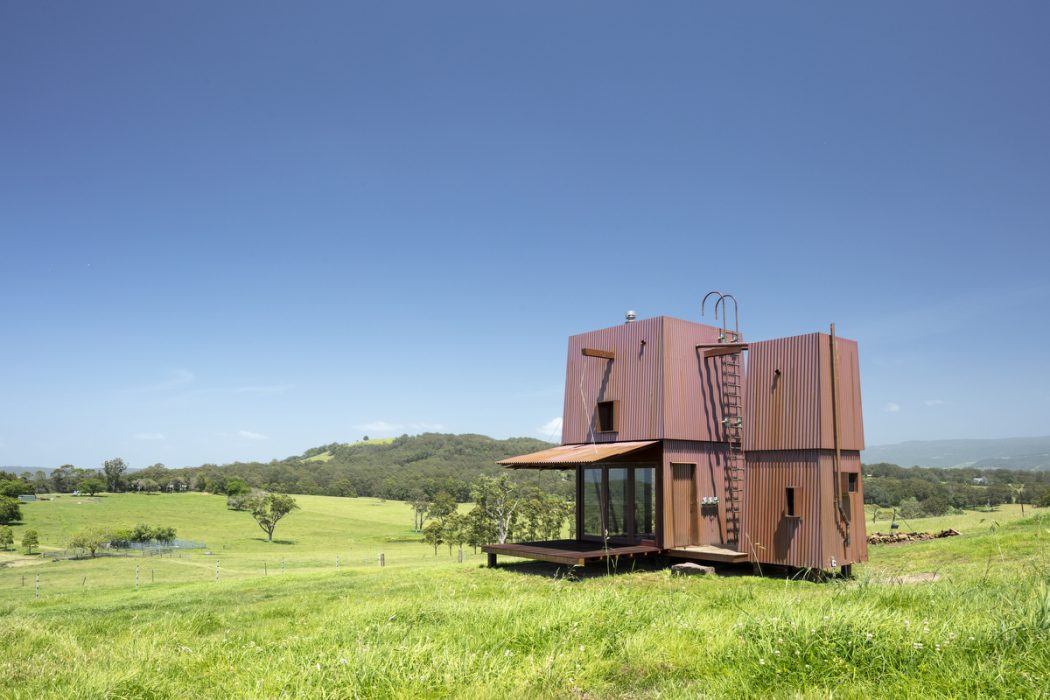 Whilst we’re not quite sure if a permanent structure can count as camping as such, we’re not going to argue when it looks as good as Permanent Camping 2 from Casey Brown Architecture. This stunning wilderness retreat is located in the lust green paddocks of Berry, Australia, these two tiny copper towers are positioned on a gently rising hill with mesmerising countryside views and overlooking the Pacific Ocean.

Small but perfectly formed, Permanent Camping 2 from Casey Brown Architecture has been purpose-built to provide the essential requirements for shelter – namely, a bed, a deck, a fireplace, and a bathroom – nothing more, nothing less. A retreat with everything you need, the demands of living distilled to the essentials – which is something that anyone living a hectic lifestyle is sure to appreciate.

If you long for a simpler way of life, Permanent Camping 2 will be right up your street. The 3m x 3m floor plan gives enough space for two people to co-exist in the same area without stepping on each other’s toes. The living space at ground level consists of all the necessary facilities to cook, store things, and heat the cabin. The bed can be accessed via a ladder on the second mezzanine level.

Permanent Camping 2 from Casey Brown Architecture has a bathroom that can be found in a separate tower but which is linked by a deck to the rear with its own water tank storing rainwater and a composting toilet. This clever built is protected when not in use from the uncompromising elements by a fully enclosing copper skin which is only opened when people are staying. This makes sure the intricately crafted ironbark interior doesn’t succumb to the ravages of the Australian sun.

Pre-fabricated by master craftsman, Jeffery Broadfield alongside builders from Smith and Primmer in a barn on site. Permanent Camping 2 showcases a highly sophisticated continuation of the tradition of PC1 in Mudgee designed by Casey Brown and built by Jeffery Broadfield over a decade ago. This structure is only accessible by foot and can be seen from a distance in the landscape looking like a piece of sculptural artwork. The function only becomes obvious upon closer inspection as the side panels open up and the service tower becomes obvious.

When it comes to design, keeping things simple is often the best way to go and this is clearly that this awesome looking Newton… 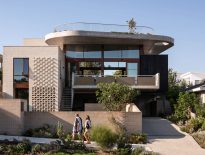 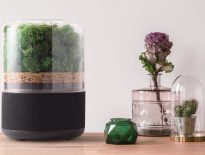