There are certainly some watchmakers that are shepherds and not sheep so far as design is concerned and Urwerk are definitely in the shepherd bracket as is witnessed by their amazing timepieces like their latest release, the UR-100 Watch. This mesmerising piece of horology isn’t your average looking watch and for those who want to really make their mark with their choice of accessory, it will more than fit the bill. Vibrant design coupled with an incredible movement make this one of the stand out watches on the market for 2019.

The Urwerk UR-100 Watch strives to take us on a journey through both time and space, merging two concepts at the very core of URWERK. The UR-100 SpaceTime features URWERK’s iconic satellite display but this time it differs in one significant way. After minute pointers on the hour satellites disappear, they pass between subsidiary dials to display astronomical indications: distance travelled on Earth and distance travelled by Earth. This provides a stunning movement on the dial that has to be seen to be believed and it is one mighty theatrical watch that we’re loving here at Coolector HQ.

Out Of This World Design

There is an almost other worldly look and feel to the extraordinary UR-100 Watch from Urwerk and it will unquestionably turn heads aplenty if you get this spectacular timepiece on your wrist. There are impressive design features everywhere you look with this breathtaking timepiece which includes the UR-100 satellite which carries 3 red-arrow-tipped pointers displaying minutes and intriguing new astronomical indications. It is a treat for the eyes watching the UR-1oo in action and it really is like poetry in motion witnessing it tell the time. 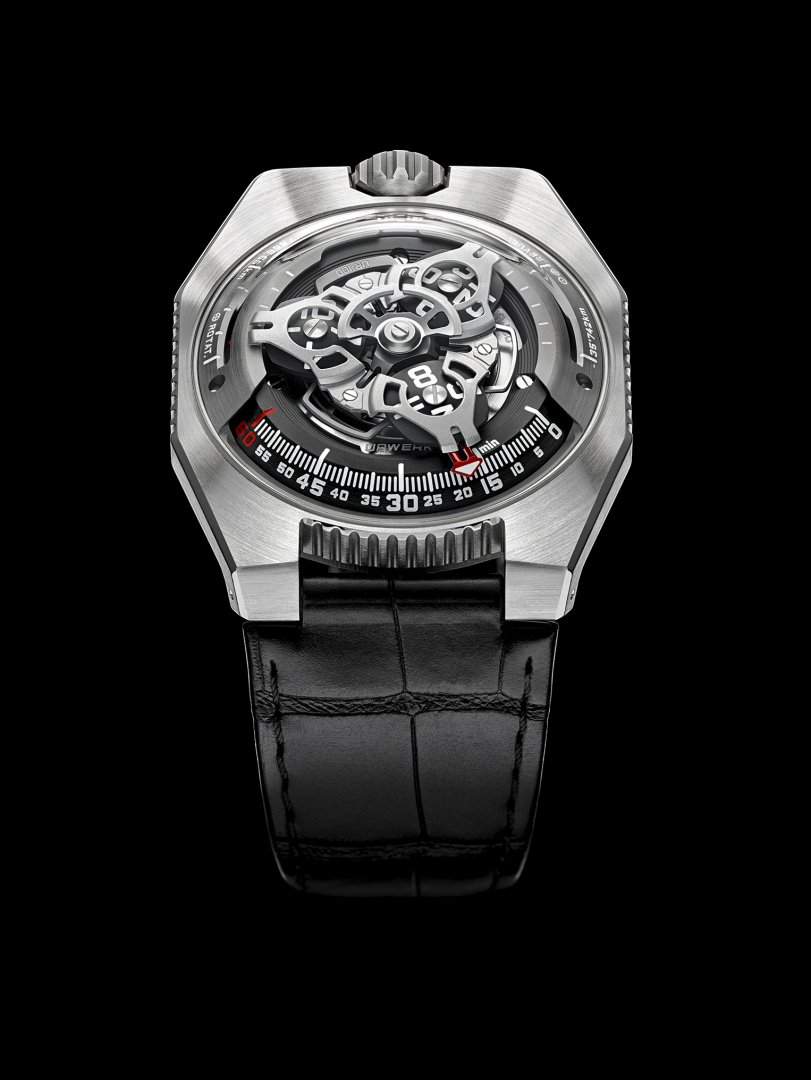 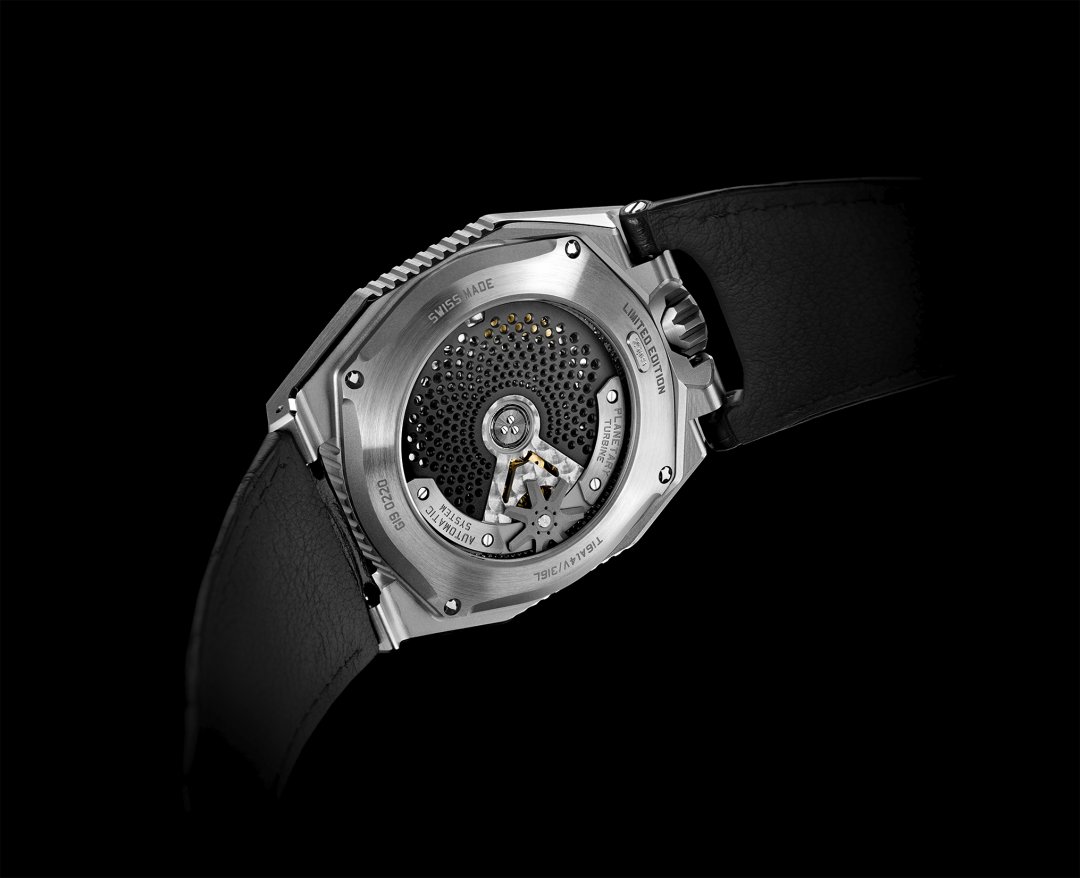 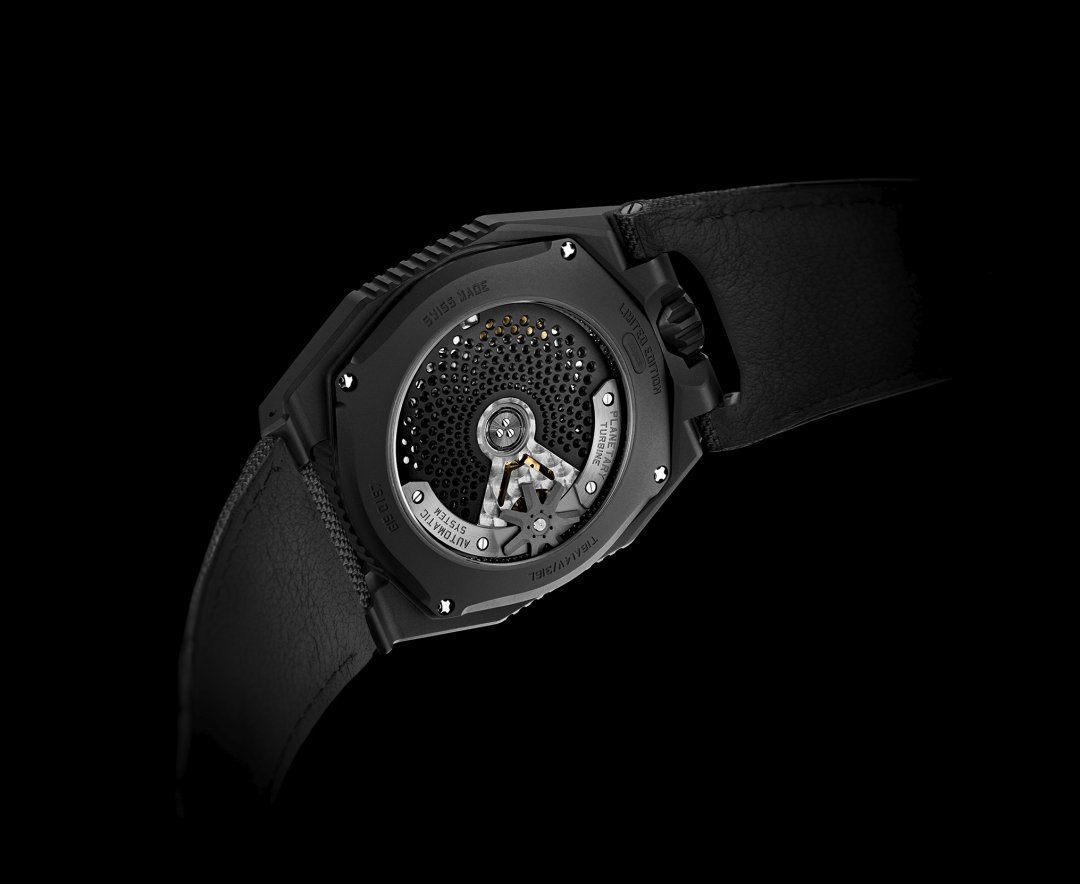 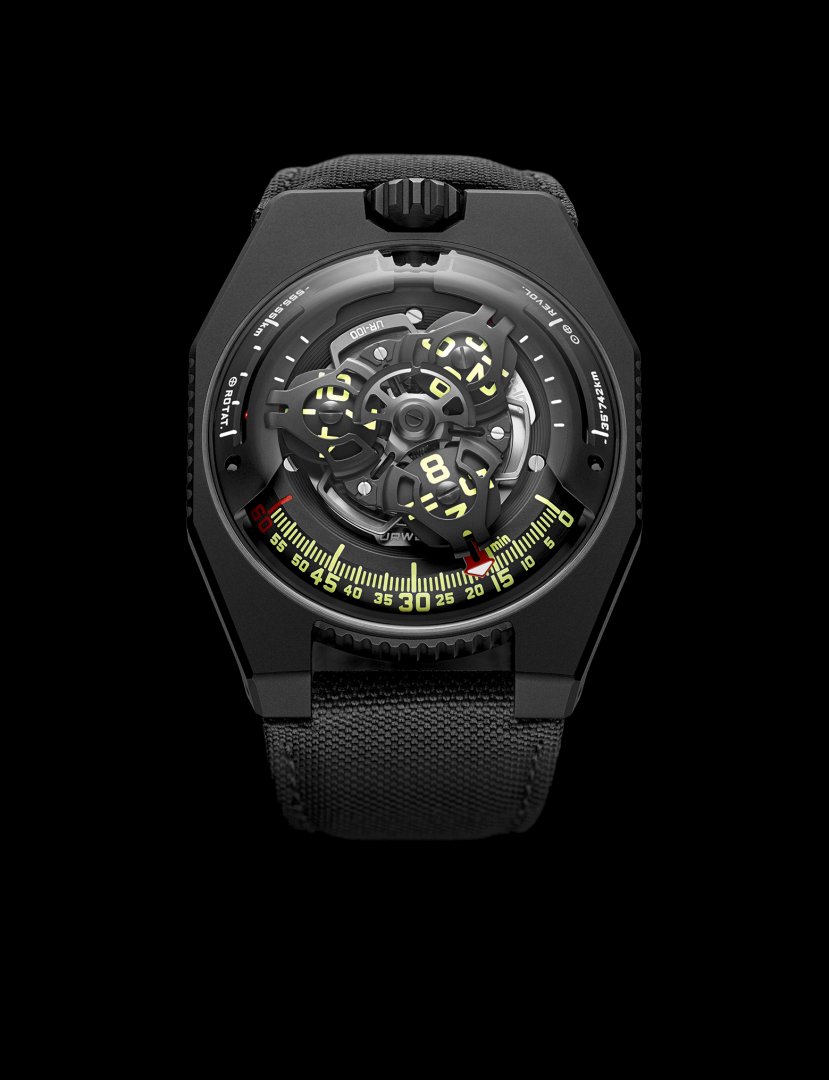 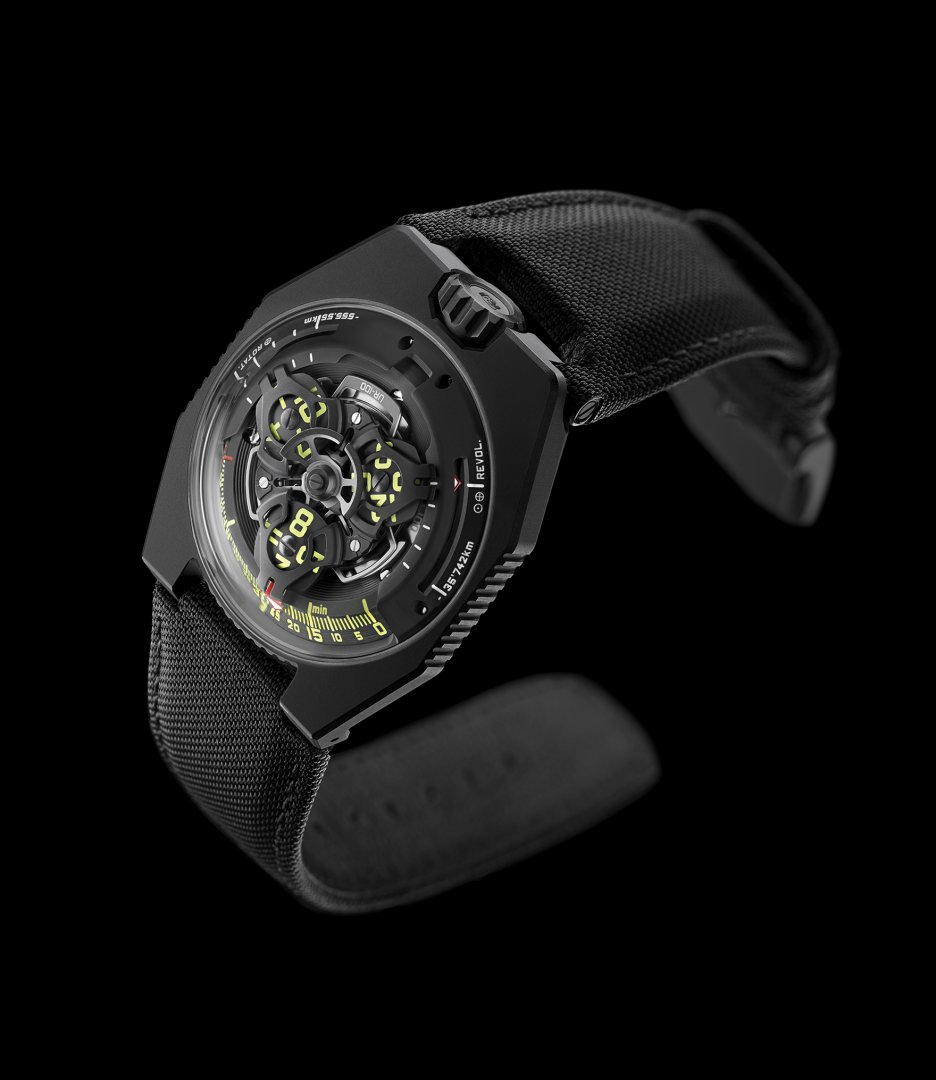 The UR-100 Watch from Urwerk has arrows which pass beneath and between subsidiary dials reappearing to display the distance travelled on Earth in 20 min and distance travelled by Earth around Sun in 20 minutes. The self winding mass is regulated by URWERK’s latest generation of turbines: The Planetary Turbine Automatic System and this is the sort of highly complex and exceptional mechanical movement that the watchmaker are synonymous with and which sets there watches apart from the competition. 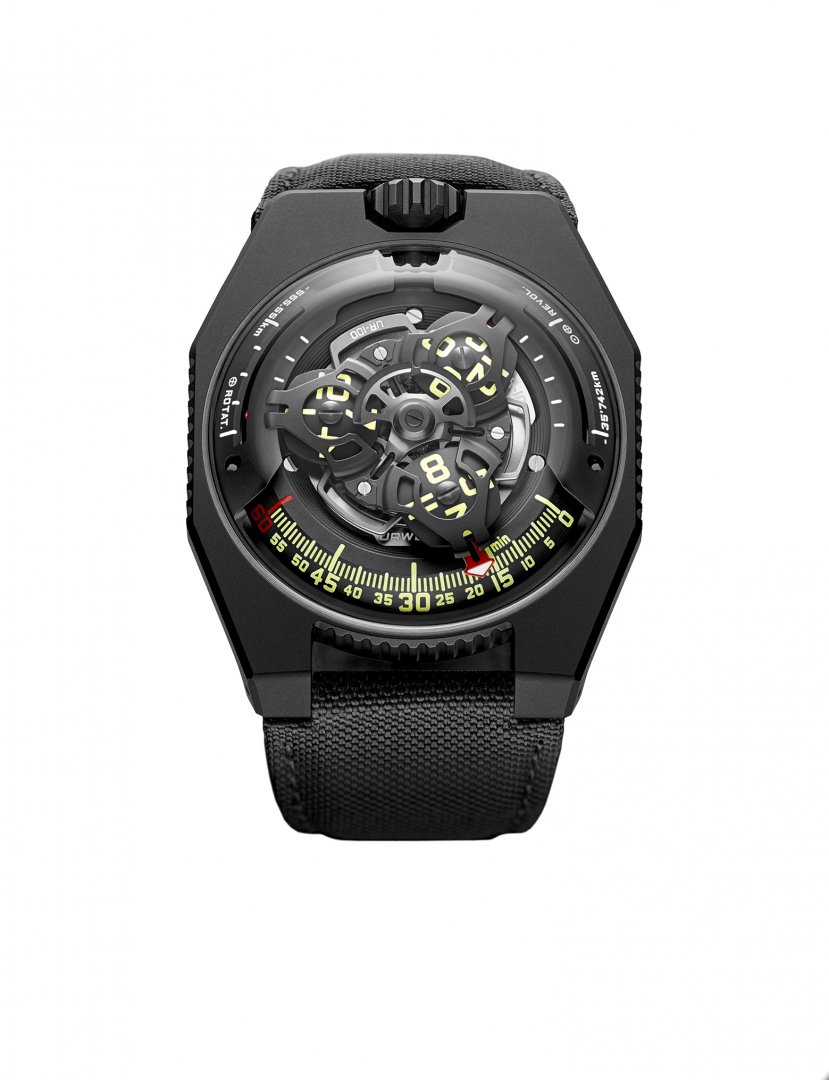 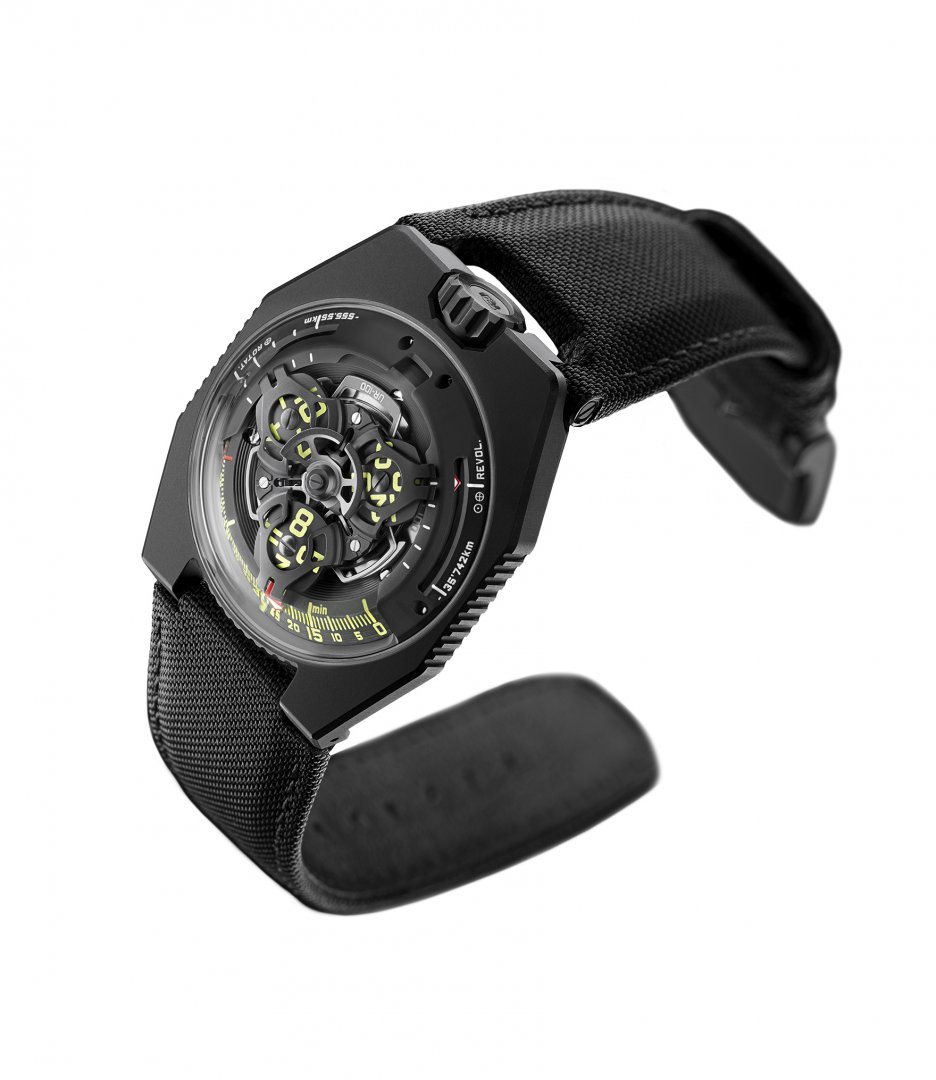 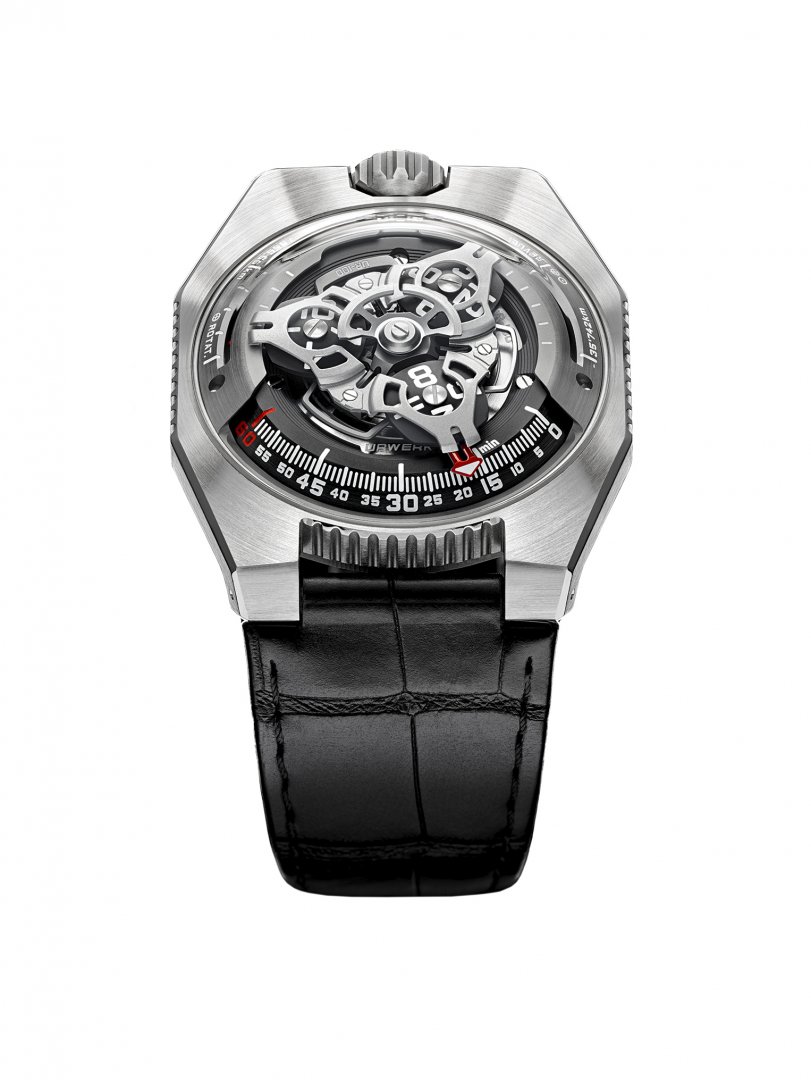 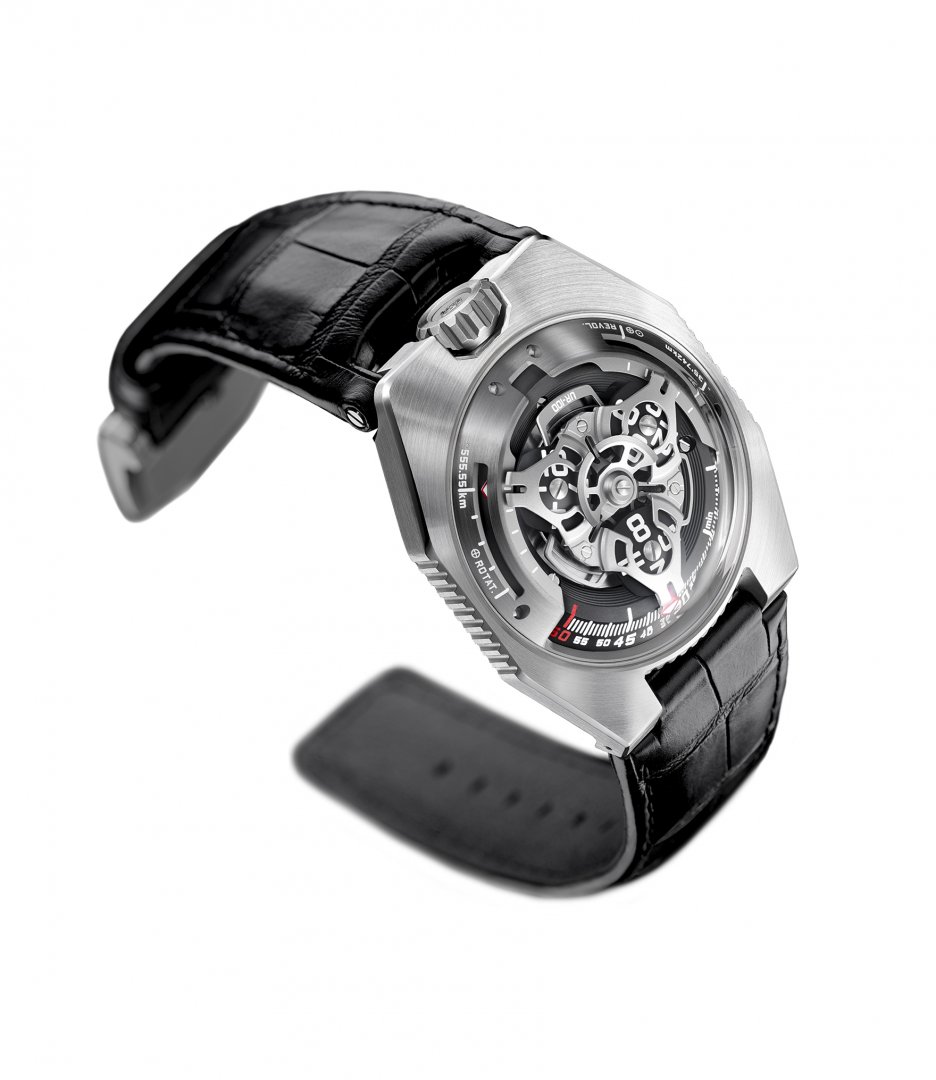 There are first class features every where you look with the Urwerk UR-100 Watch including sapphire crystal glass casing, a water resistance which has been pressure tested to 3ATM and the amazing UR 12.01 Self-winding mechanical movement regulated by Planetary Turbine Automatic System that delivers such a visually arresting performance for this glorious looking timepiece from Urwerk. It has a 48 hour power reserve with 39 Escapement : Swiss Lever jewels and a frequency of 28.800 v/h, 4Hz b.

Interestingly, these magnificent watches take their general design inspiration from a 19th-century pendulum clock offered to Felix Baumgartner by his father Gerry, a now-retired clock restorer. This clock was crafted by Gustave Sandoz for the 1893 World Fair in Chicago, and boasted a regulator-type display showing the distance of the Earth’s rotation at the equator on three different scales which served as a jump off point for the design of this mighty intricate timepiece from Urwerk. 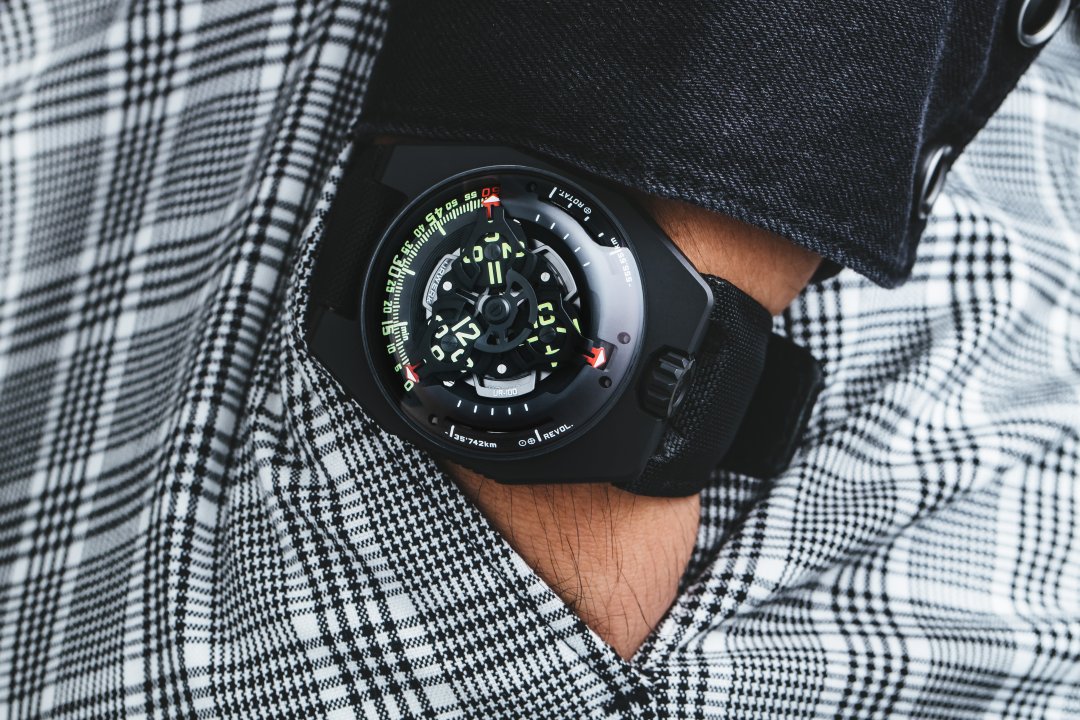 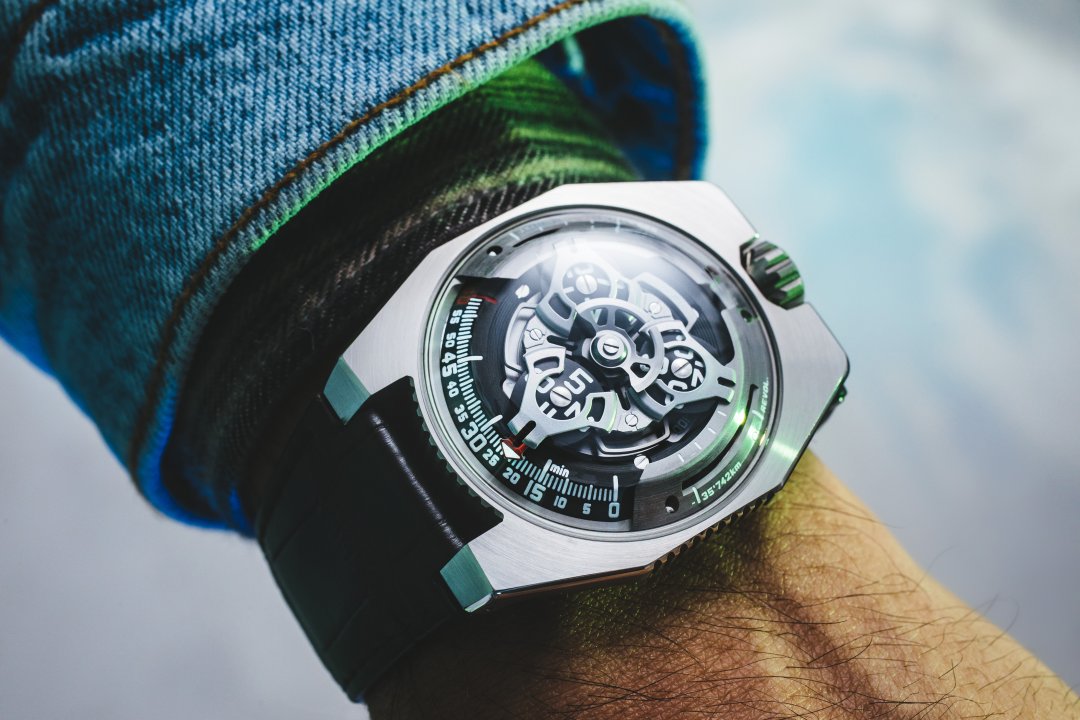 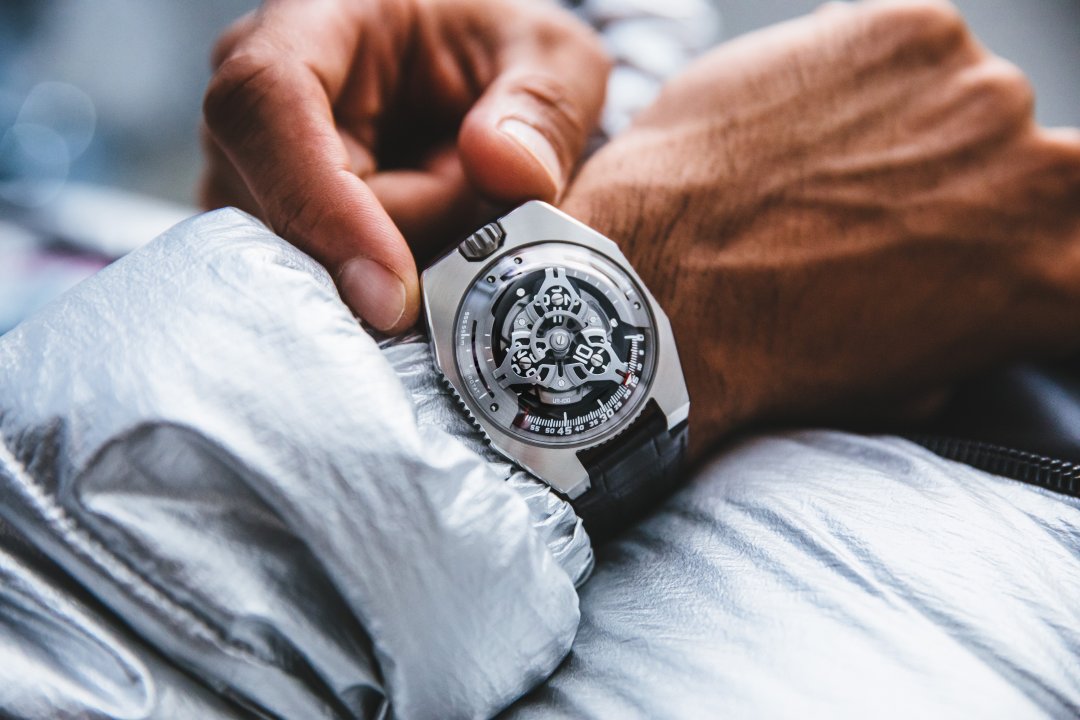 If you fancy adding a watch to your wrist that tells a story and adds more than a splash of visual gravitas to proceedings, you’ll be hard pressed to find a better contender than the UR-100 from Urwerk. It is available in either titanium and steel (UR-100 Iron) or in titanium and steel with black DLC (UR-100 Black). Only 25 of each colour way will be released initially so it will be an extremely exclusive timepiece which just serves to add to its appeal still further.