Though Breaking Bad has long since ended and we’re now comforting ourselves with the awesomeness of Better Call Saul, that doesn’t mean to say that we’ve forgotten about Walter White et al and that’s why we were delighted when we stumbled across this top class illustration project from Buenos Aires based artist, Max Dalton, called Where’s Walter.

Anyone familiar with the childhood classic, Where’s Wally, will undoubtedly be au fait with the gist of Where’s Walter that requires you to locate a central character amidst a whole host of decoys. Well, as you’d expect, with Where’s Walter, the gist is entirely the same but, this time, you’re on the lookout for Walter White among supporting characters from Breaking Bad such as Jesse, Saul and Mike. Take a look at a few more shots of this excellent illustration project below: 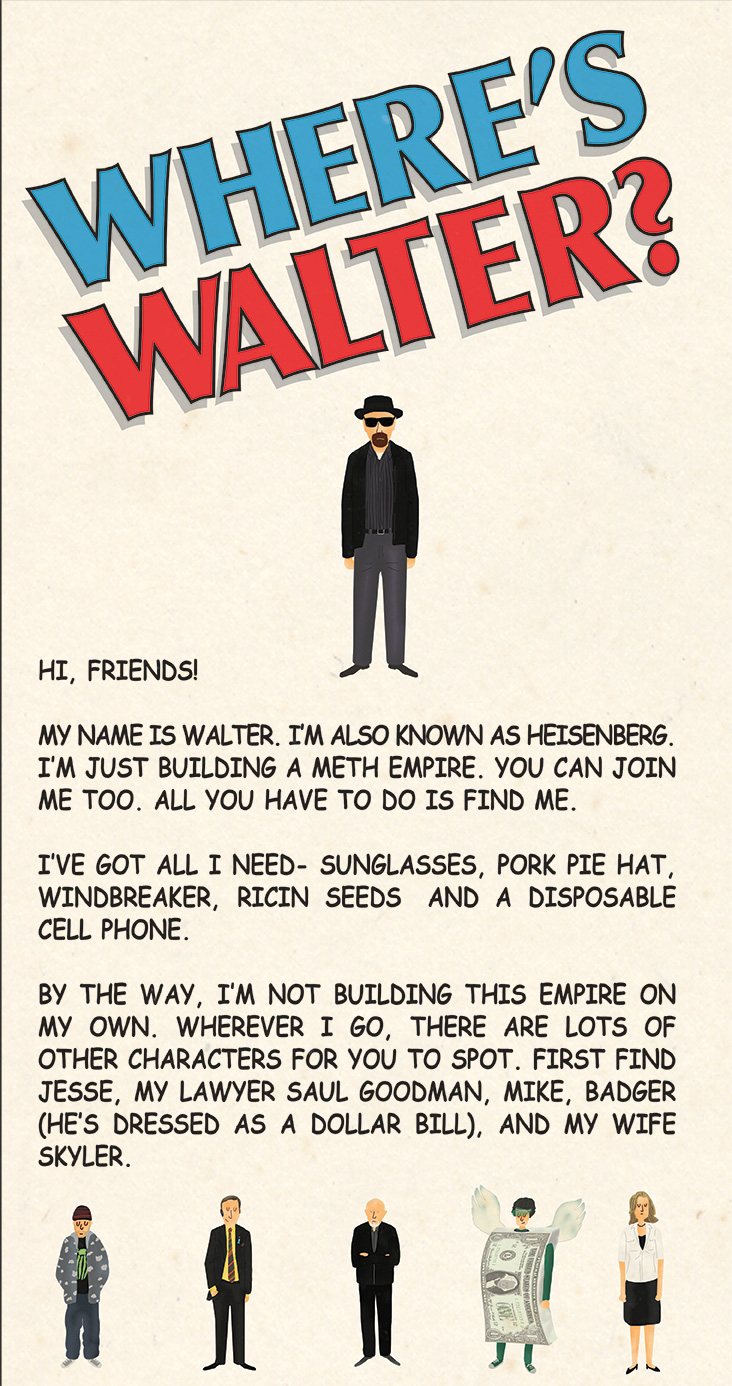 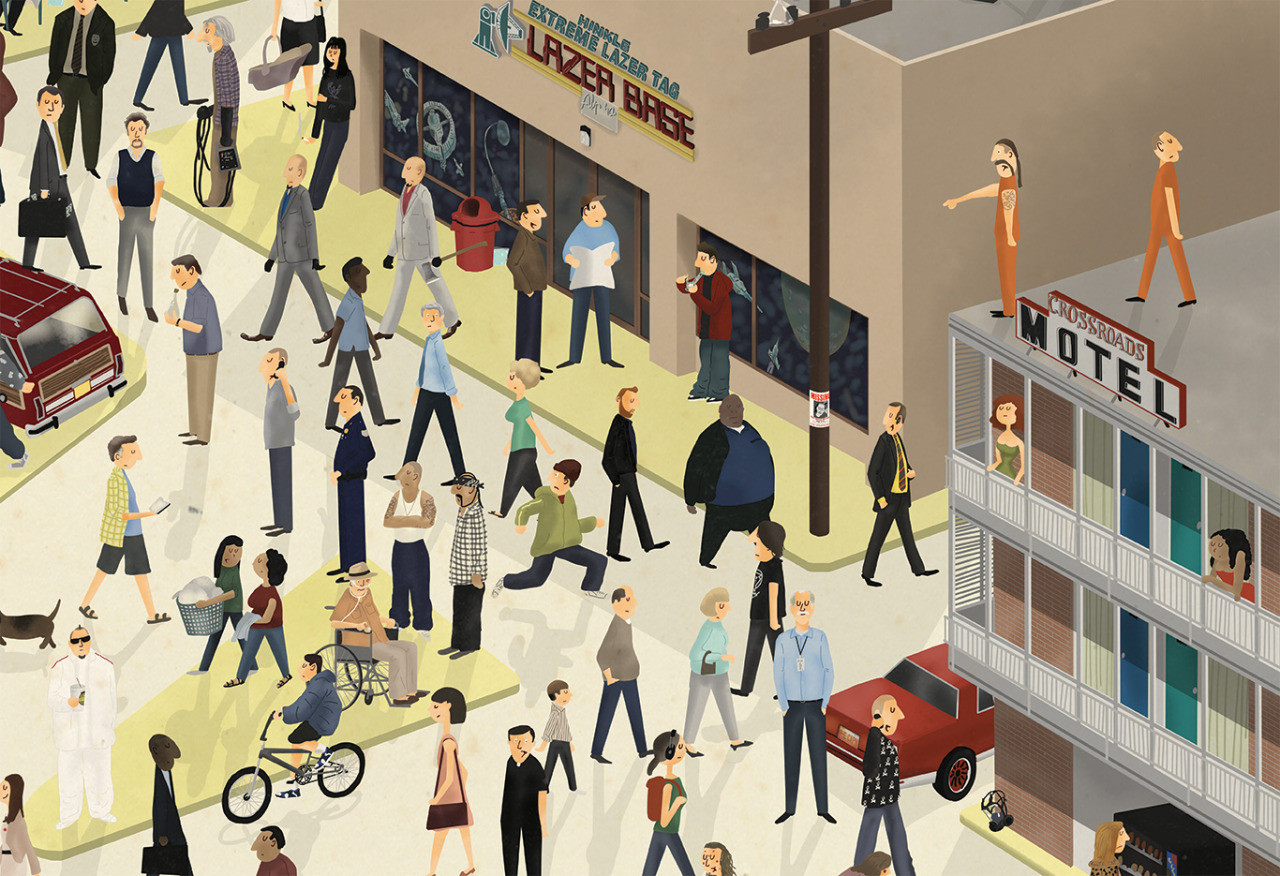 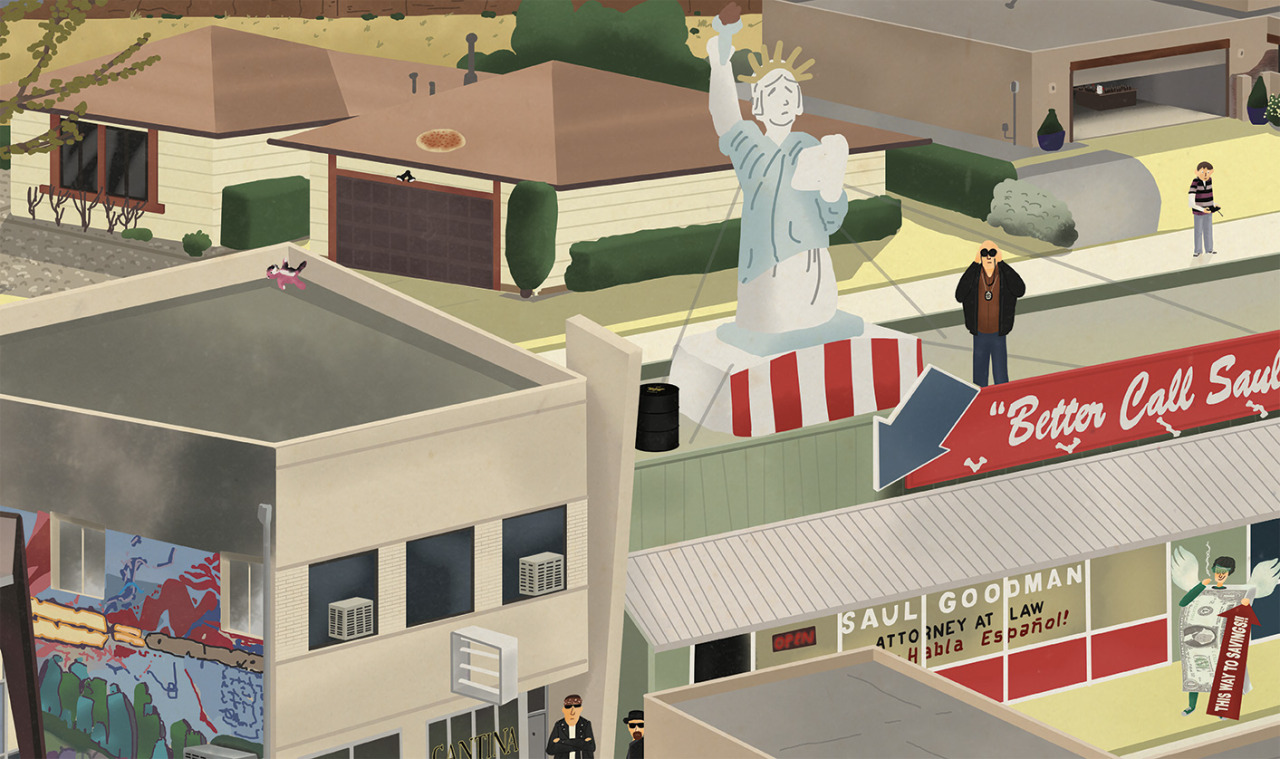 This first rate piece of artwork is available exclusively through the Spoke Art Gallery and will likely be considered an essential purchase amongst anyone who has a love of Breaking Bad which, quite frankly, should be everyone. We’re loving the clever design of this Where’s Walter print here at Coolector HQ and there are plenty of little knowing nods to the TV show that will keep you entertained long after you’ve located each of the Walter Whites in the image.