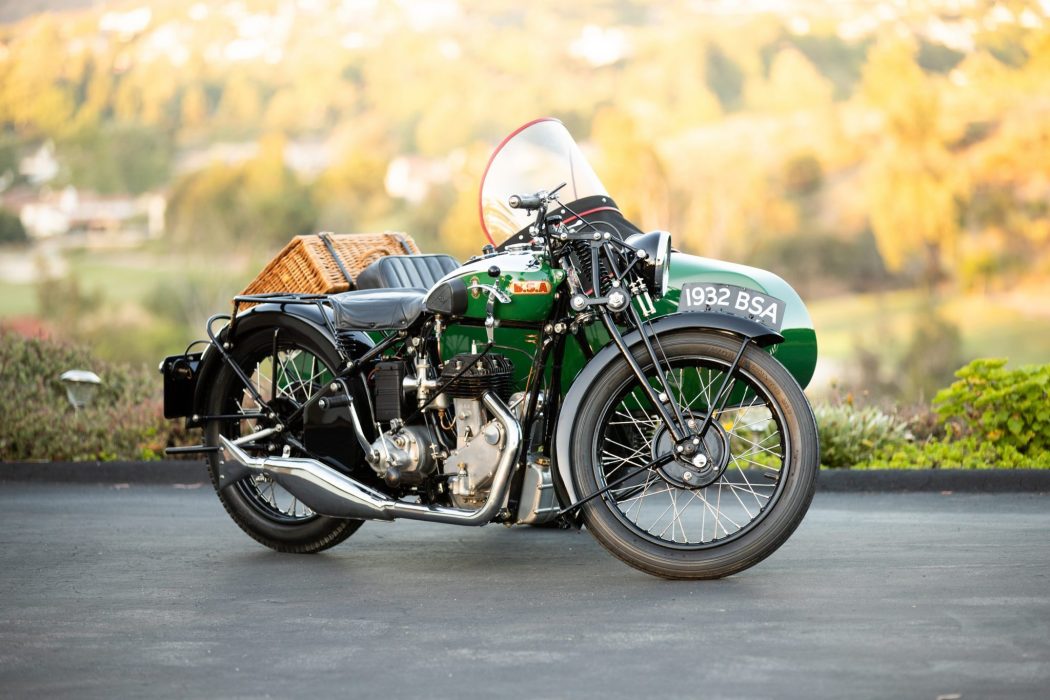 If two wheels are more of your thing than four wheels and you’re a fan of old school creations, there is a lot on Bring A Trailer that would be remiss of us not to bring to your attention in the shape of this stunning 1932 BSA W32-6 Motorbike with Globe Sidecar. With a current bid of just $1k, you could get your hands on an absolute steal with this breathtaking steed and we can think of few better machines for embarking on a road trip in over the next few months.

The 1932 BSA W32-6 Motorbike with Globe Sidecar on Bring A Trailer has had the same owner for the last 32 years and it is presented in remarkably good condition given its overall age – something which makes the current price tag all the more extraordinary. This 1932 BSA W32-6 was sold new at J.R. Alexander and Co. Ltd. in Glasgow, Scotland before being acquired by the late husband of its current owner in 1988. It was subsequently refurbished using a Globe sidecar body, going on to be featured at a number of events including the 2009 Pebble Beach Concours d’Elegance.

The old school aesthetic of this majestic looking machine is right up our street here at The Coolector and it is a remarkable example of the sort of classy motorbikes that were made almost a century ago. It draws its power from a 499cc side-valve single paired with a four-speed transmission, and some stand out features of the bike include a chrome fuel tank panel, a sprung solo seat, an Amal carburetor, and a luggage rack as well as sidecar-specific equipment such as a linked braking system, special gearing, suspension, a clearance lamp and a wicker basket to name but a few.

This 1932 BSA W32-6 Motorbike with Globe Sidecar from Bring A Trailer (current bid of just $1k) is in a road ready condition as its battery and spark plug were replaced and an oil change performed in April 2020. This W32-6 sidecar rig is offered by the seller on behalf of its current owner and comes with the manuals, BSA Owner’s Club documentation, awards, refurbishment photos, and a clean California title in the owner’s name.

The fuel tank and sidecar body have a striking green finish, with the former featuring a chrome top surface while the frame and all three fenders are black. The Globe sidecar body was completed by Doug Bingham and features a windscreen and shroud, a storage area behind the seat, a wicker basket, and custom-made black leather upholstery. The lighting for this impeccable looking machine consists of rebuilt head and tail lamps as well as a clearance lamp on the sidecar fender. Additional design features include number plates and an effortlessly cool, black luggage rack.

Everywhere you look with this glorious looking motorbike, there is a feature that appeals and helps set it apart from the competition. The chrome handlebar boasts Amal grips and a friction steering damper along with rebuilt instrumentation which consists of an oil pressure gauge and an ammeter. The 499cc side-valve single produced nearly five horsepower when new and features an Amal brass-body carburettor with a remote float as well as Lucas Magdyno ignition.

Some of the accolades this trusty steed won include a trophy from the 2009 Pebble Beach Concours d’Elegance, which featured an all-British field for its first motorcycle class that year. There is also a journal of refurbishment photos included in the sale as well as service manuals, a tool kit, ribbons and trophies, a BSA Owner’s Club Dating Certificate, and literature featuring the bike. 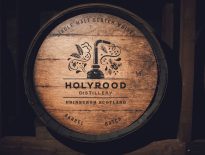 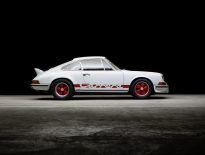