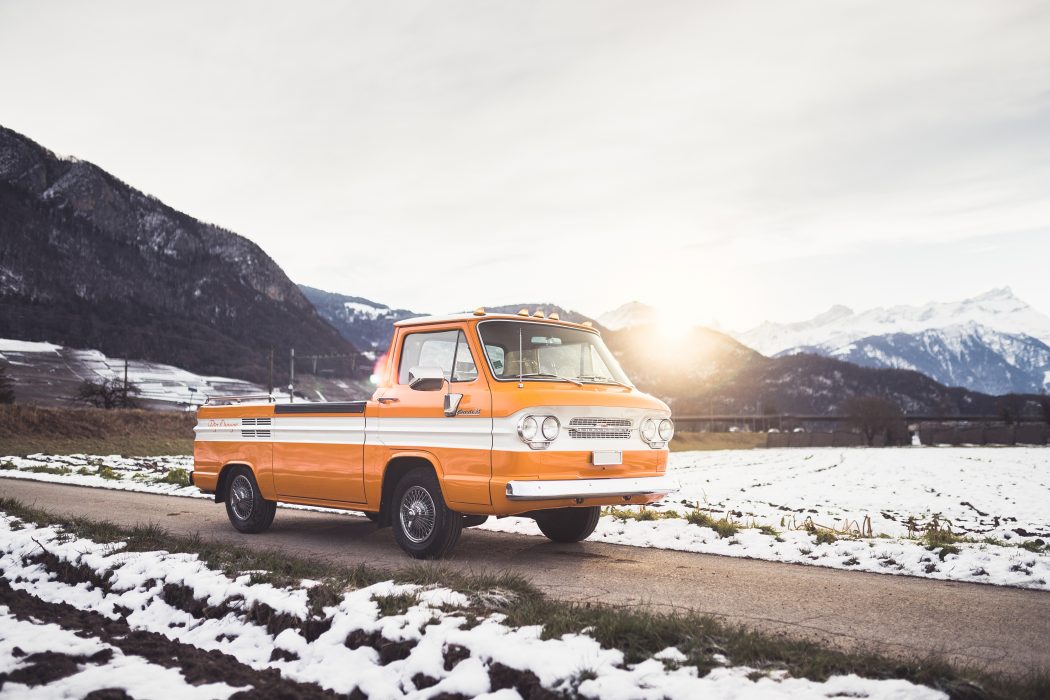 We think about road trips a lot here at The Coolector and, as such, often spend a lot of time on the hunt for the perfect road-tripping vehicle. Well, we’ve just found a new candidate for the top table with this spectacular 1962 Chevrolet Corvair 95 Rampside which is going under the hammer with RM Sotheby’s and it is one of just 4,102 Rampside Pickups produced for 1962 so you’ll be in pretty exclusive company if you’re the one lucky enough to get your hands on it.

This glorious looking contraption was recently restored in the United States and is presented in exemplary condition – something that makes it even more alluring to us at Coolector HQ. The 1962 Chevrolet Corvair 95 Rampside has a guide price for the RM Sotheby’s auction of between €35,000 – €40,000 so it doesn’t come cheap but you’re getting a mighty impressive vehicle for your buck. And one which will definitely turn heads everywhere you go.

Heading Out On The Open Road

If you’ve got a spirit for adventure and a hankering for a road trip, this 1962 Chevrolet Corvair 95 Rampside could just be the vehicle to enhance the experience considerably. The Corvair 95 series of trucks were first introduced in 1961, one year following the debut of the revolutionary compact Corvair automobile. This was Chevrolet’s answer to the Volkswagen bus-type vehicles that began to become popular with retailers and tradesman. It got its name from the 95” wheelbase shared by all models within the line-up – the Greenbrier Sport Wagon, Corvan, Rampside Pickup, and Loadside Pickup.

Much like its passenger car sibling, this 1962 Corvair 95 Rampside from RM Sotheby’s featured an air-cooled, rear-mounted engine six-cylinder engine. This majestic looking pickup boasts a very low centre cargo bed and a side gate that folds down onto a ramp for easy unloading and loading, especially for wheeled equipment. The rear of the cargo area is raised to clear the rear-mounted Corvair engine and will provide plenty of space for all your road tripping essentials such as camping gear.

Four thousand, one-hundred and two Rampside Pickups were made for the 1962 model year so you’ll be in very select company of vehicle owners if you make this your next road trip warrior. The Rampside Pickup was discontinued after the 1964 model year which makes it an even more alluring lot in our opinion here at Coolector HQ. The consigner purchased this car in April 2017 in France and a restoration was carried out in the United States before the vehicle was shipped to Europe shortly after.

In order to be able to register the vehicle in Switzerland, some modifications were carried out to this 1962 Covair 95 Rampside from Chevrolet in order to comply with certain regulations. It includes its FIVA Passport and it is finished in a striking orange and white two-tone combination, the consignor reports that the car is in excellent condition throughout.

With a reasonable guide price of between €35,000 – €40,000, someone might just be getting their hands on a bargain at this Swiss auction from RM Sotheby’s. It is fitted with 1964- and later-model wire wheel covers and the Deluxe exterior trim which includes chrome bumpers and bright-finished mirrors and, last but not least, accessory bed rails and a sunroof have been added as well. Get planning that road trip.

One’s home should be a place of relaxation and restfulness and whilst it’s not always easy to generate this in a property, it’s safe… 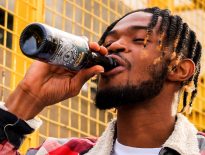 Lifestyle 8 of the best low alcohol beers for 2021 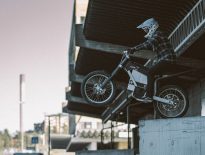