When you think of heading on the ultimate road trip where you head out into the wild on the open road in search of adventure, chances are the 1964 Volkswagen Deluxe 21-Window Microbus is the sort of vehicle you’d want to be doing it in. Well, that dream could well become a reality (if you’ve got $100k+ spare cash lying around) because one is coming up for auction with luxury and vintage car specialists, RM Sotheby’s, and as you can see, it is in pretty great condition. 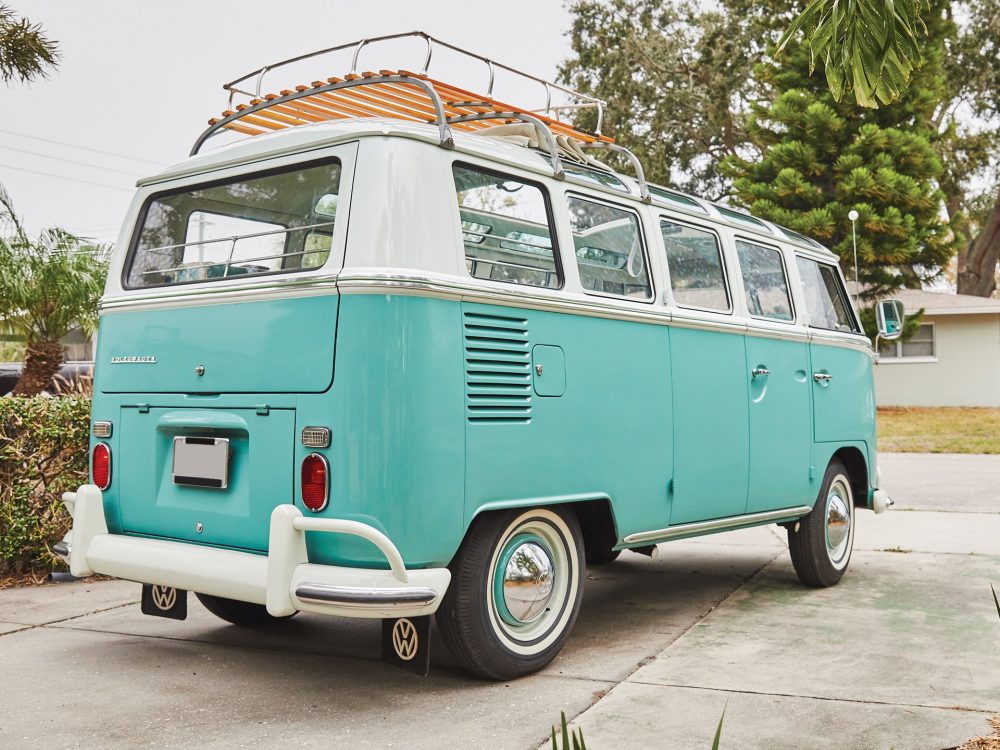 The 1964 Volkswagen Deluxe 21-Window Microbus from RM Sotheby’s is a fine example of the sort of high quality campers VW were producing in the 60s and they have experienced a resurgence in popularity in recent years. It’s not very often that one of this considerable calibre comes up for auction (hence the lofty asking price) but if you’ve got the readies and the wanderlust, this could well be the perfect steed for you.

On The Road Again

Lets face it, Volkswagen are synonymous with camping machines in the 60s and this mesmerising lot coming under the hammer with RM Sotheby’s has a guide price of between $120-140k so it’s certainly not going to come cheap but some lucky individual is going to get the ultimate road-tripper in their garage. This cracking contraption is an incredibly rare (and highly sought after) German factory built example and immediately draws the eye aesthetically and as a result of all the neat little design touches that you’ll find throughout the interior. 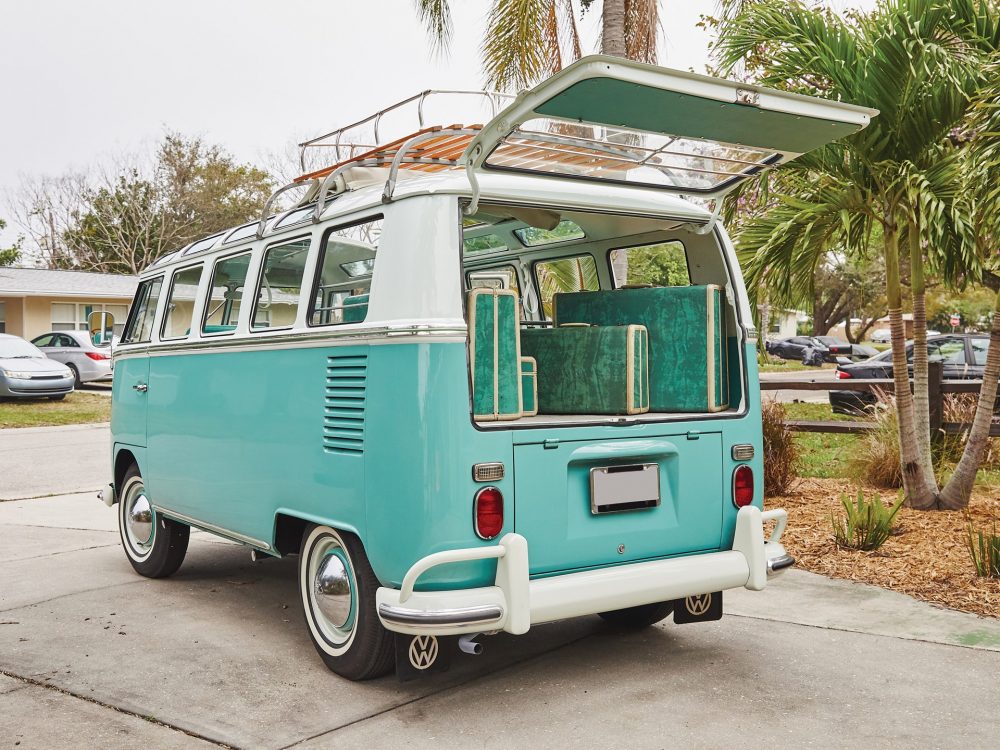 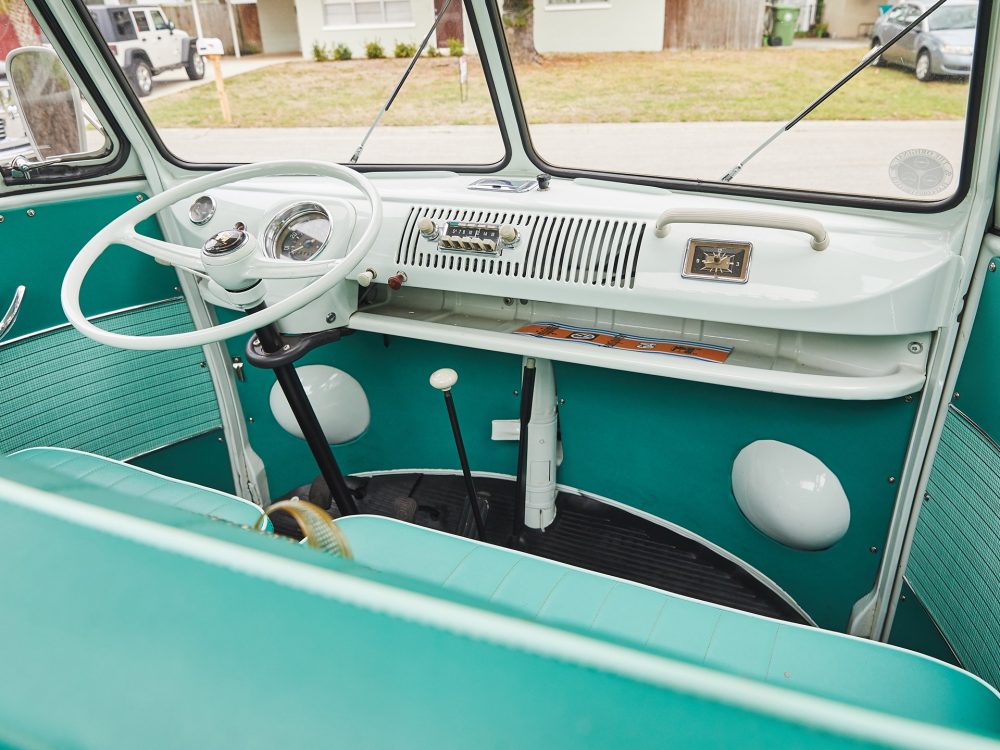 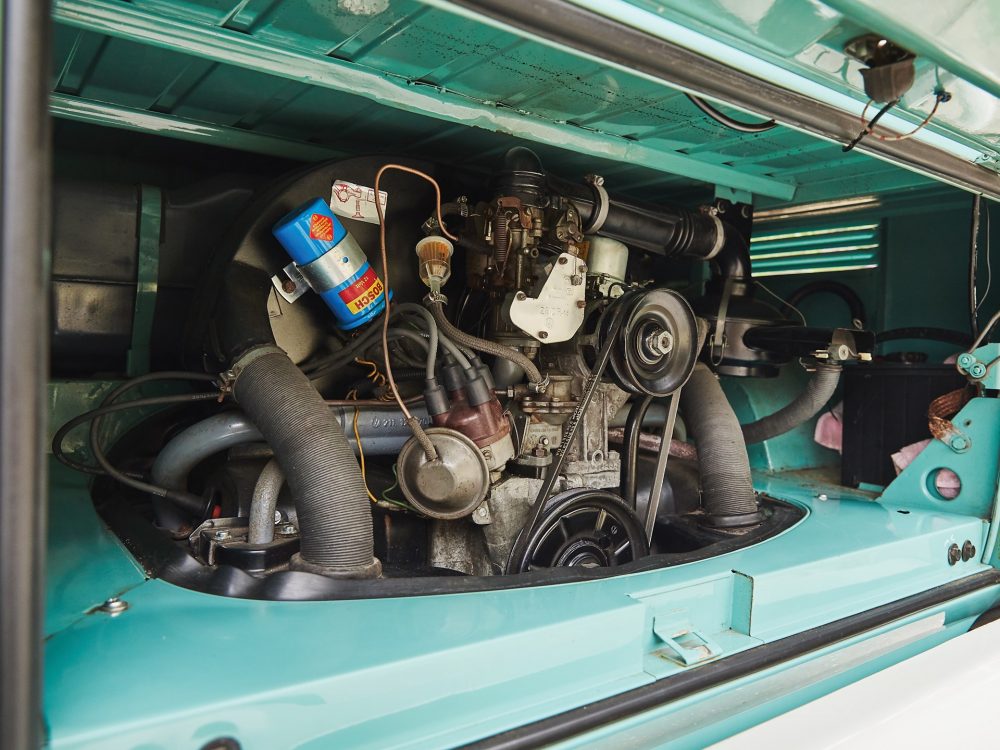 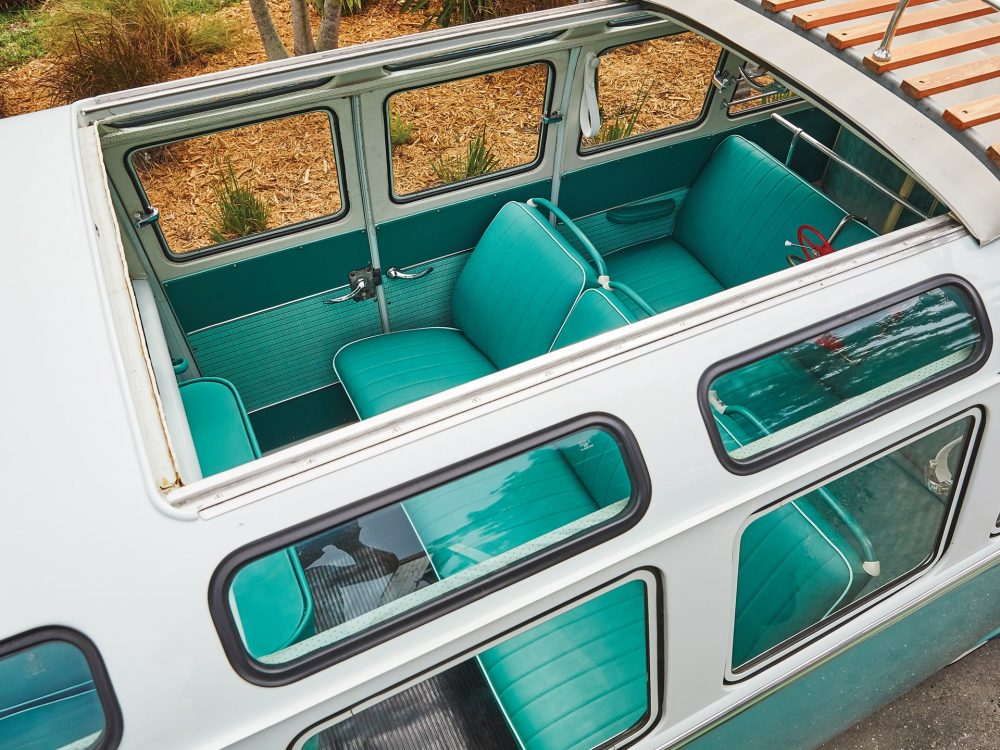 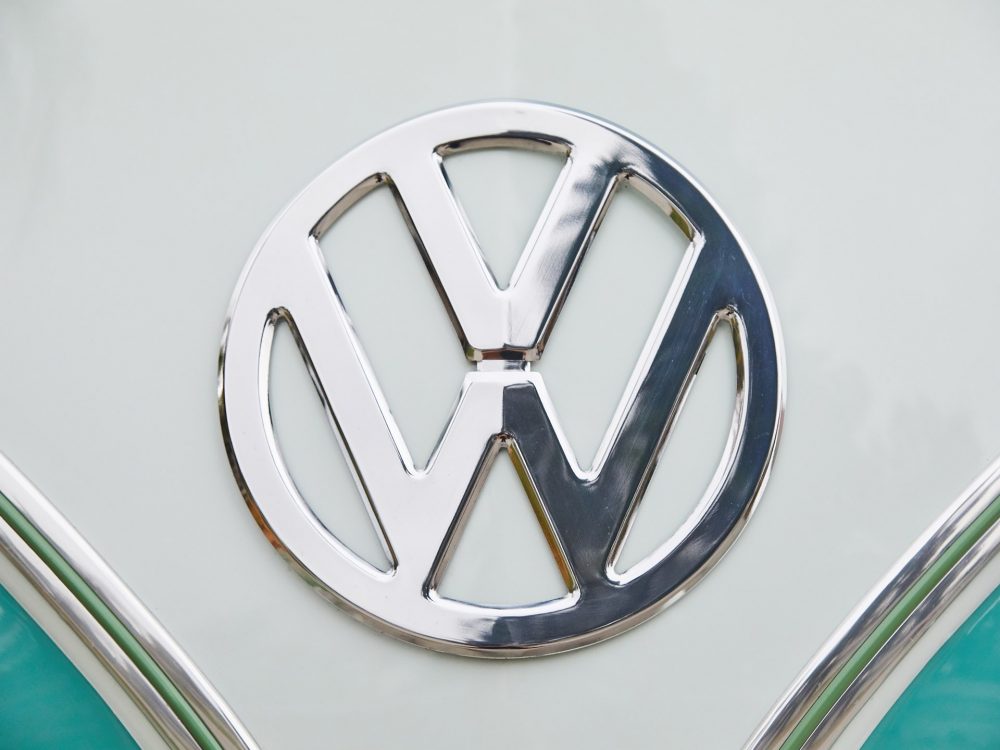 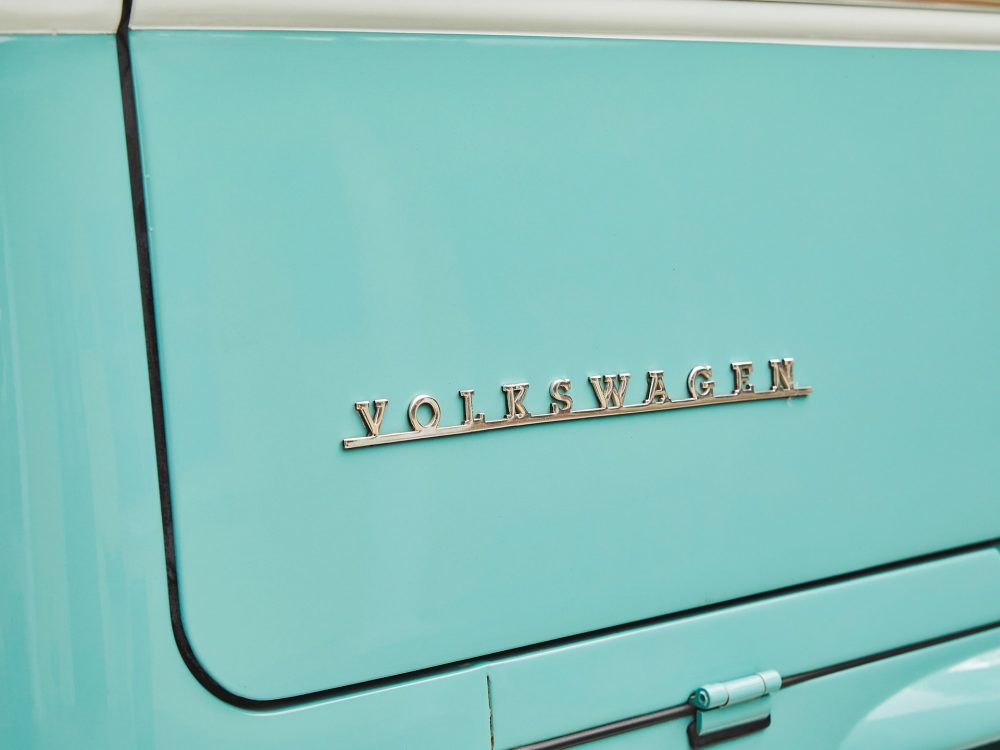 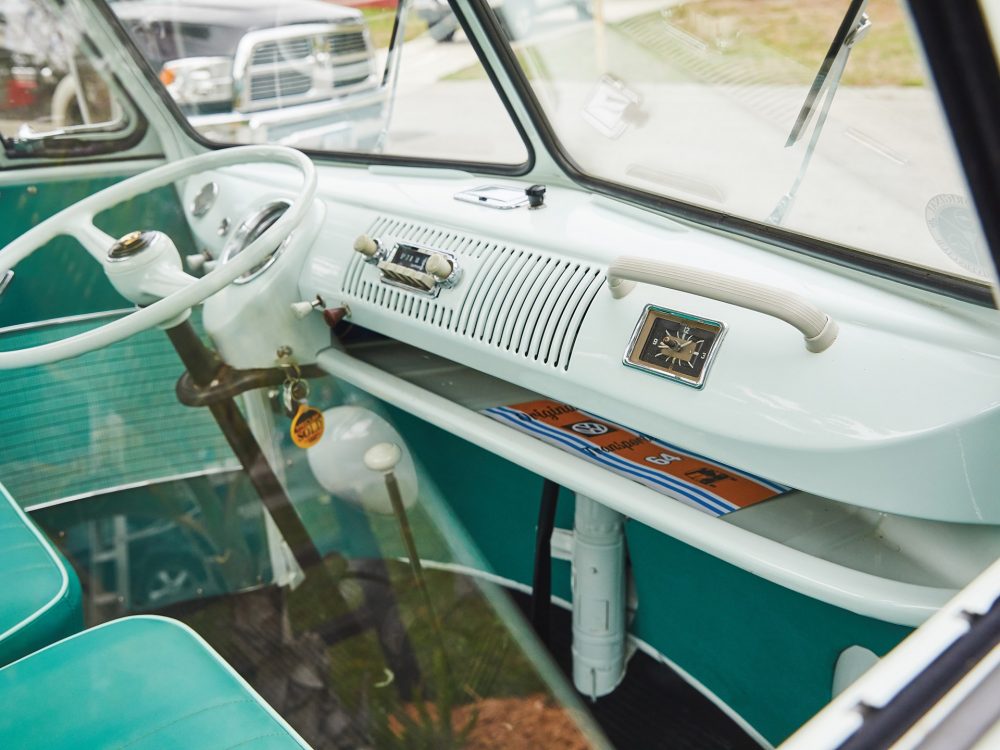 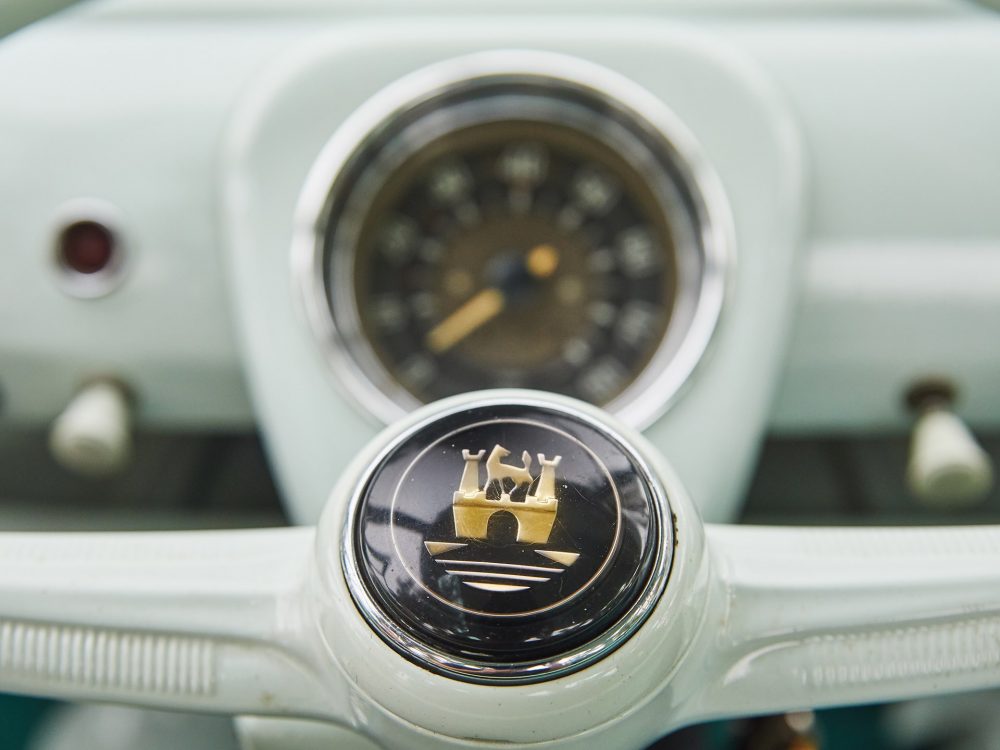 The 1964 Volkswagen Deluxe 21-Window Microbus from RM Sotheby’s has done less than 100 miles since being fully restored so it is in fantastic condition and just ready and waiting to see action out on the open road again. This majestic looking beast has a stock engine which has been painstakingly and expertly rebuilt before being converted to 12-volt. Needless to say, the vibrant turquoise colour way (both inside and out) are going to turn heads aplenty and we can just picture this camper heading down Route 1 in California here at Coolector HQ. 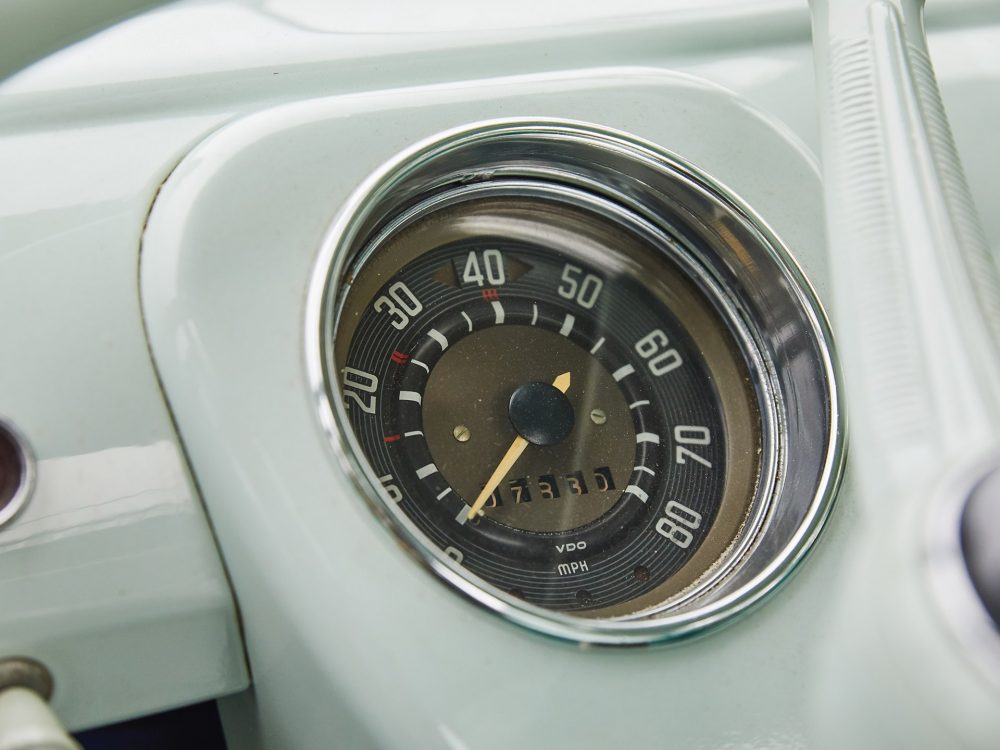 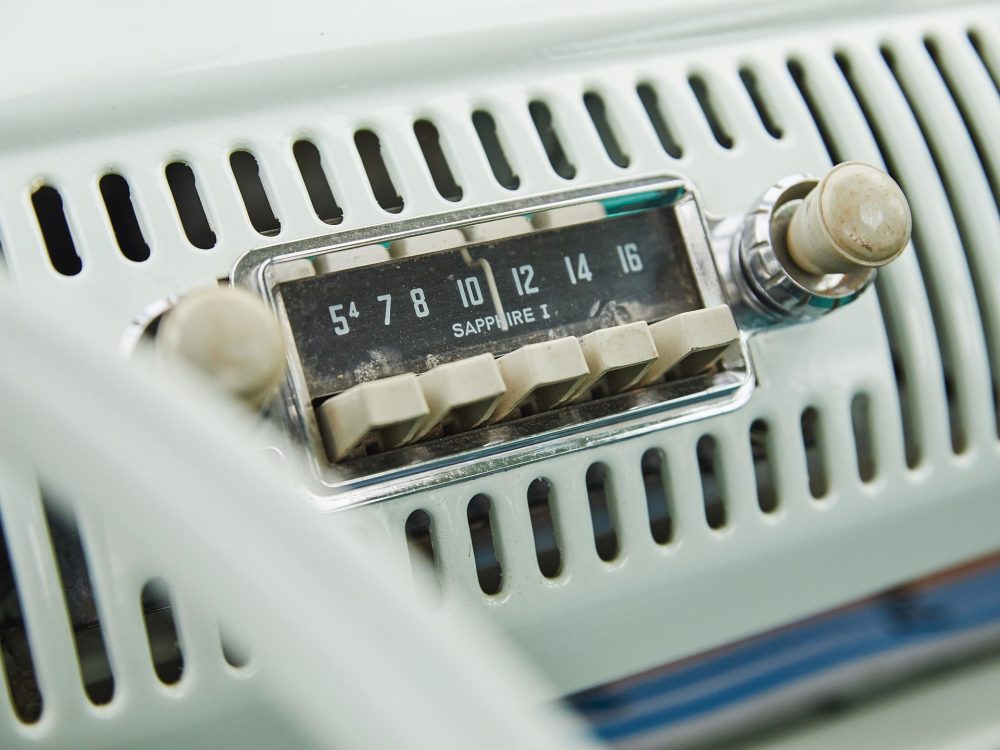 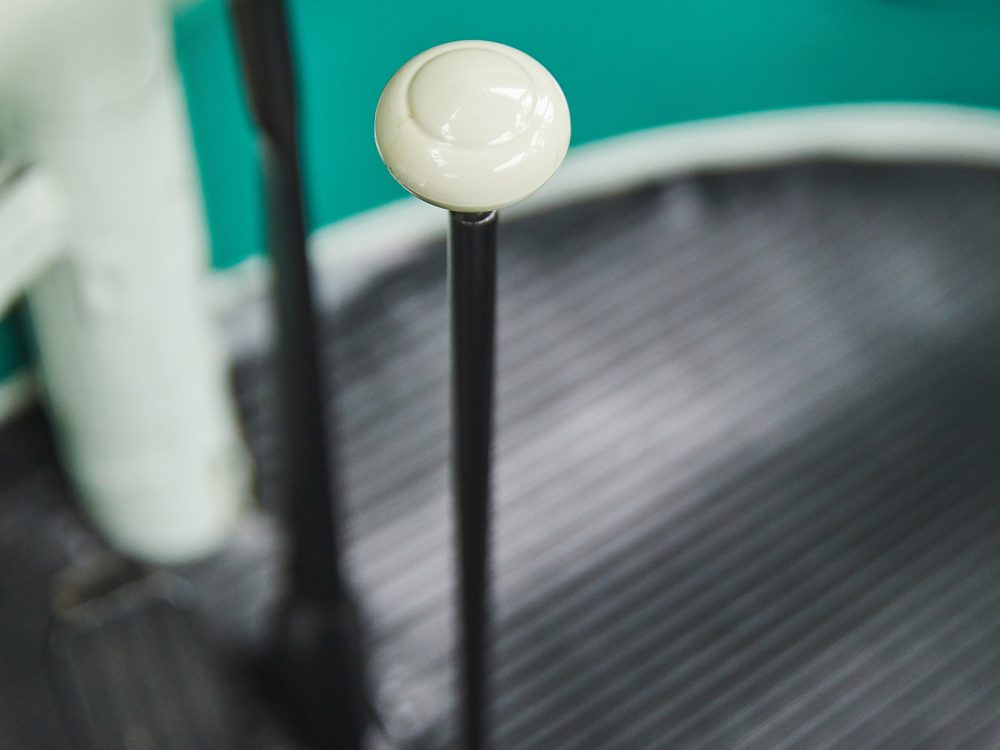 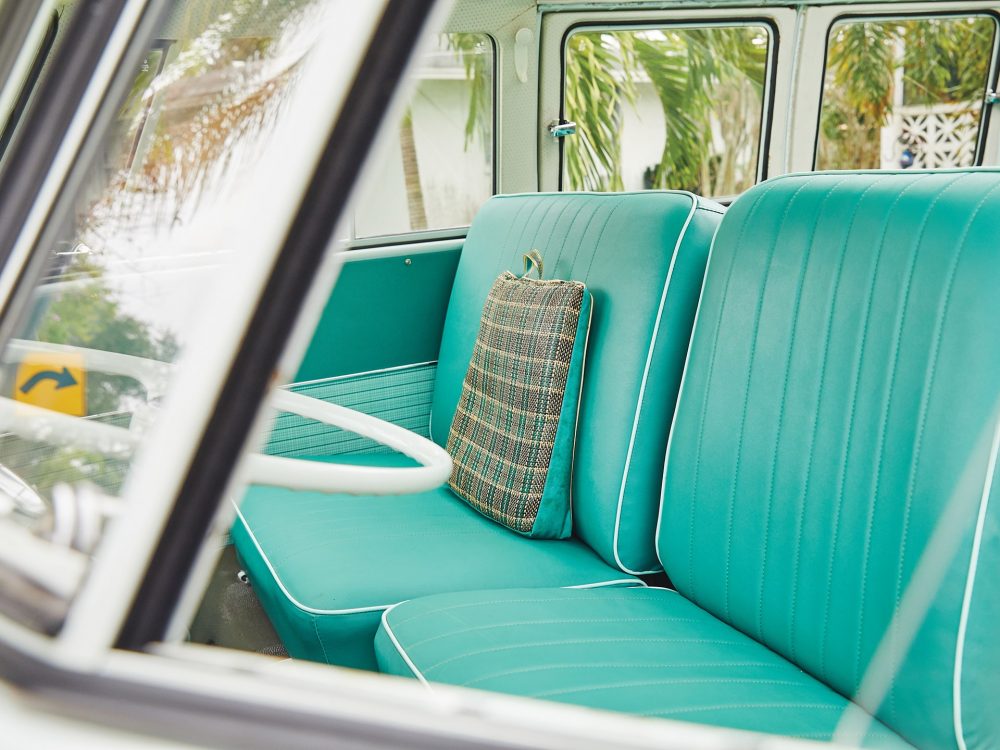 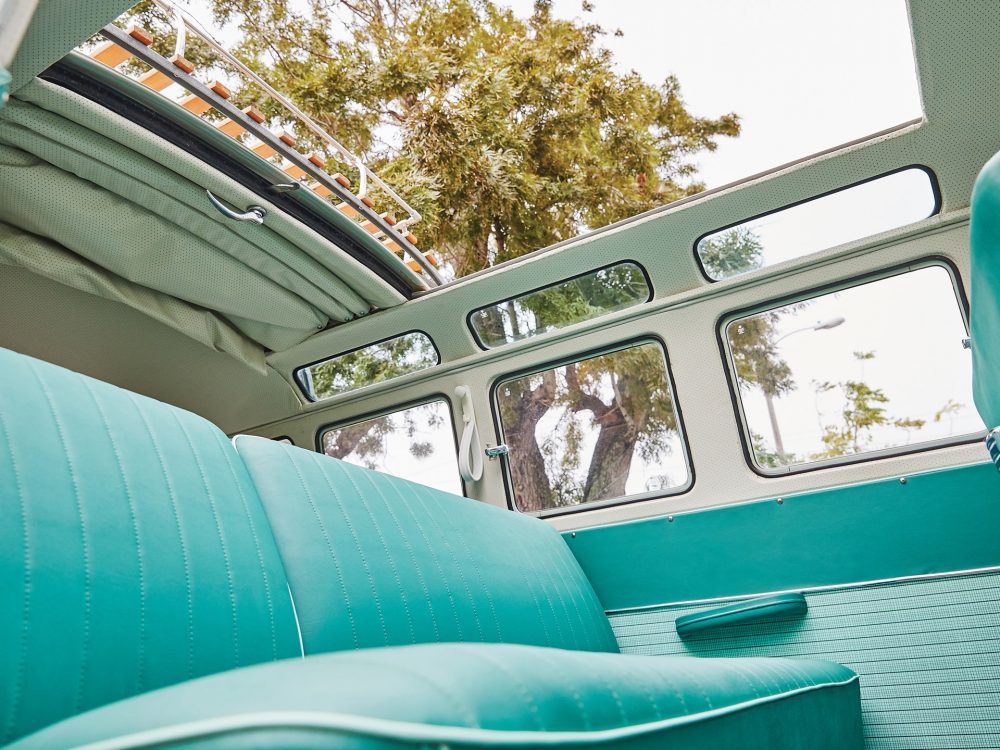 With, as the name suggests, 21 windows, this camper from VW will be bathed in natural light as you hit the road in search of adventure and courtesy of all the windows you’ll be able to take in all the views during your road-tripping exploits. The interior of the 1964 Volkswagen Deluxe 21-Window Microbus is a real sight to behold as well and has been restored to an impeccably high standard. It has a deluxe trim, sunroof, roof rack, original in-dash clock and this stunning steed is also being sold with matching luggage.

You perhaps won’t be surprised to hear that this particular 1964 Volkswagen Deluxe 21-Window Microbus has been the recipient of numerous “Best in Show” awards from vintage car shows and this is something which indicates just what an excellent job the restorers have done on the inside and out. 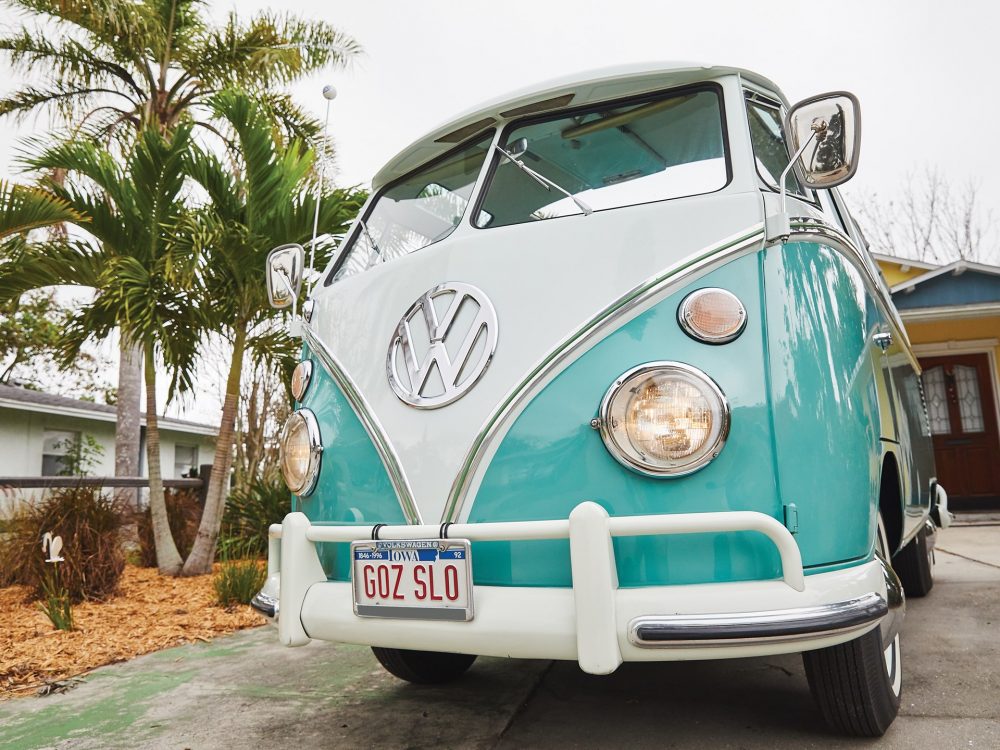 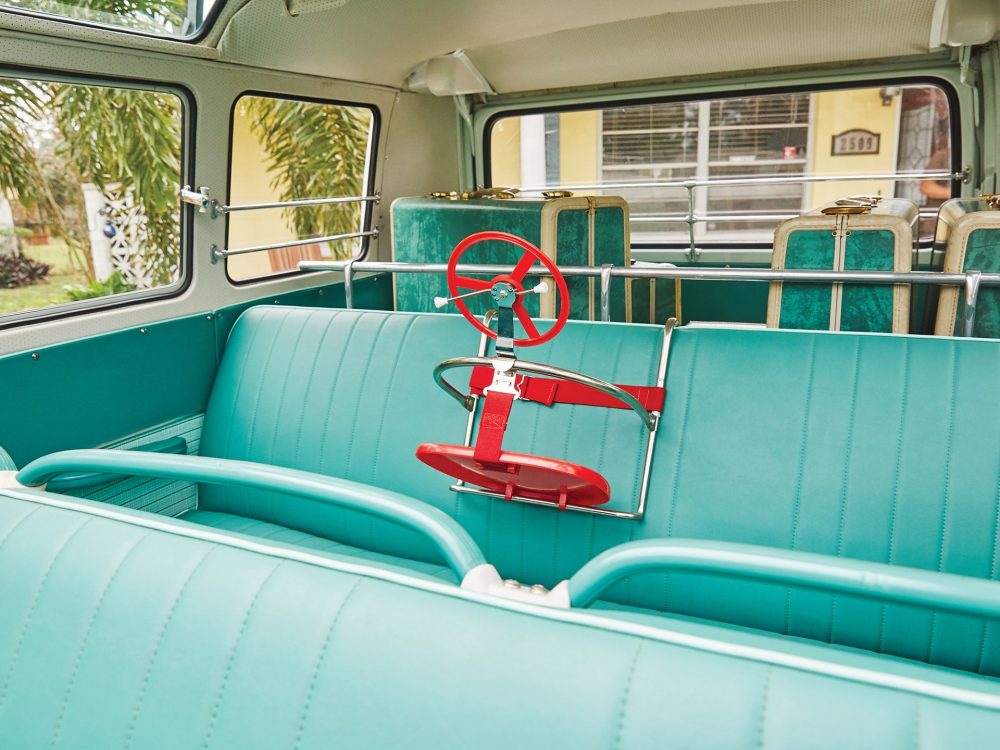 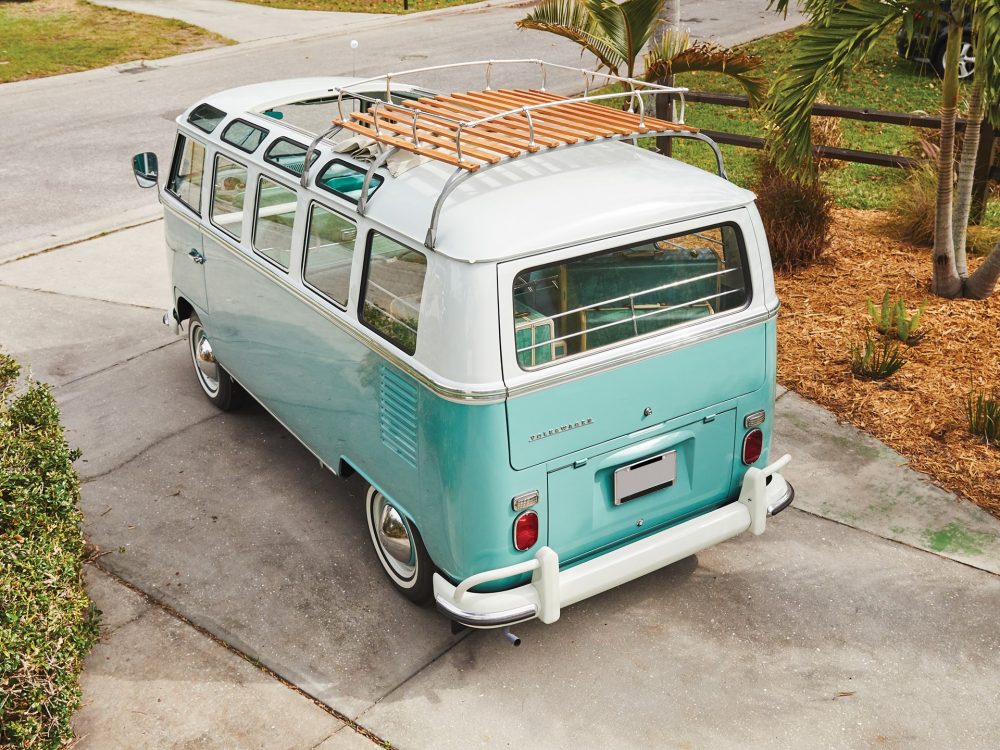 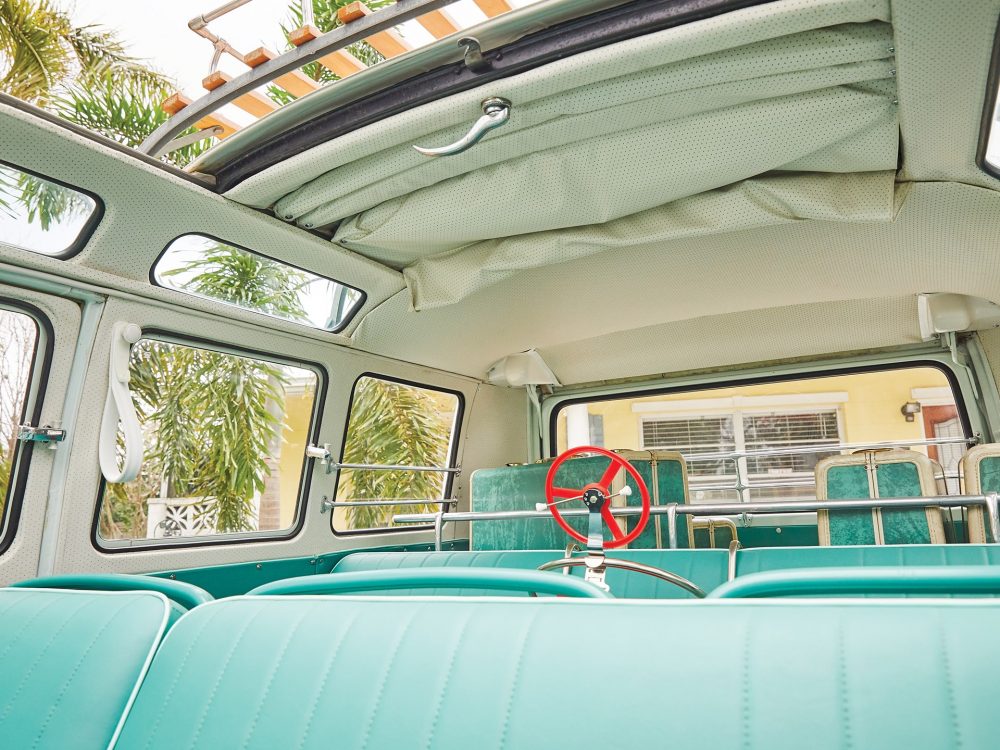 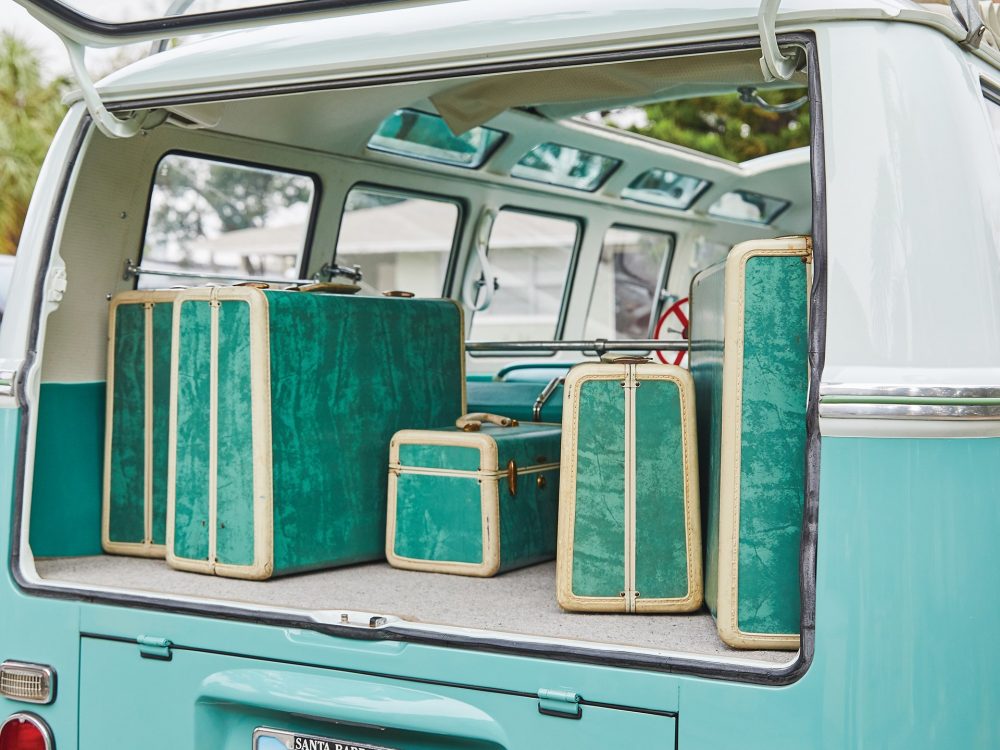 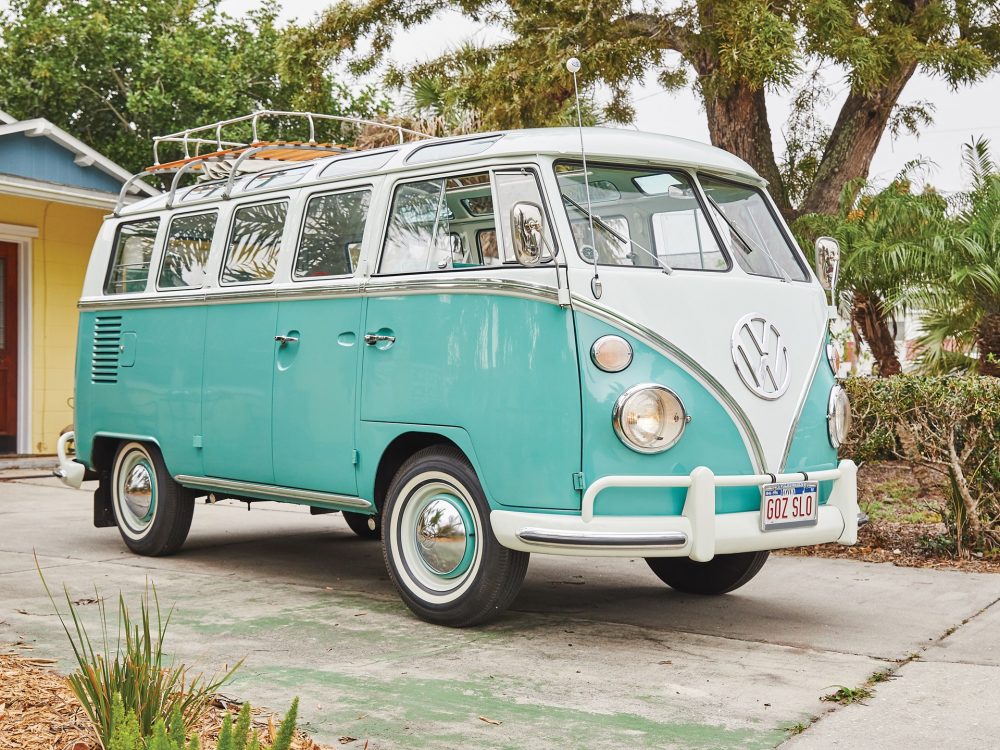 If you’ve got $120k just burning a hole in your pocket and you’ve been looking for something to spend it on, this 1964 Volkswagen Deluxe 21-Window Microbus from RM Sotheby’s would be pretty close to the top of our list here at Coolector HQ. Dripping in old school cool and restored to the highest possible standards, it might not come cheap but the memories you’ll make road-tripping in this will be priceless.

Written By
Leo Davie
More from Leo Davie
The truth is out there. And the truth is that the Roswell...
Read More