We’ve featured a lot of classic cars on The Coolector but typically they will be Ferrari’s and machines of that ilk but that doesn’t a disservice to some of the more humble steeds that are no less striking and this is wonderfully well illustrated by the awesome looking 1969 Alfa Romeo GTV which is available for purchase from Bring A Trailer with the current bid being around the $55k mark so move quickly if you want to register your interested in this majestic looking machine. 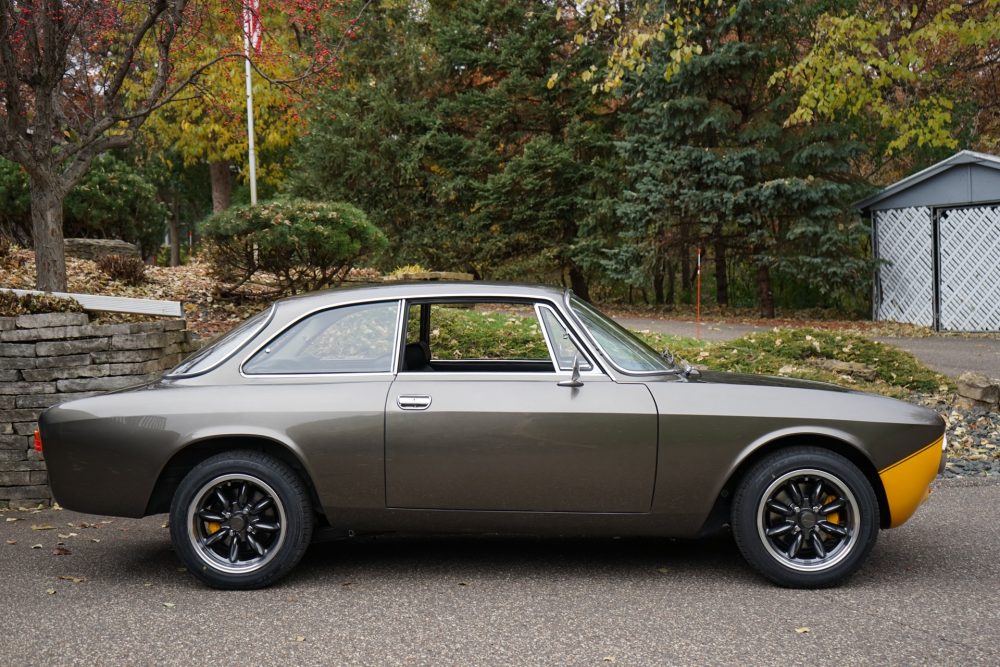 This 1969 Alfa Romeo GTV has been impeccably restored and looks just as good (if not better, in fact) as the day it left the production line. With a mere 30k miles on the clock and just 20 miles since it has been restored, it’s in fantastic working order and it’s easy to see why it’s proving so popular on the Bring A Trailer site. It is a recently restored example which has been superbly finished in gunmetal metallic grey over a black interior with ’69-only flying buttress seats for that added touch of authenticity.

The 1969 Alfa Romeo GTV was purchased by the seller some 15 years ago out of the Midwest, where it was reported to have sat in an unused condition for some 15 years. The seller owns a small restoration shop, and the subsequent work totaled over $30k and took around 1,000 hours of labour to get it in the phenomenal condition you see before you. The power of this cracking contraption is delivered by a 1779cc inline-four paired to a 5-speed manual gearbox and the lucky one who ends up taking it home won’t be disappointed with its first class performance. 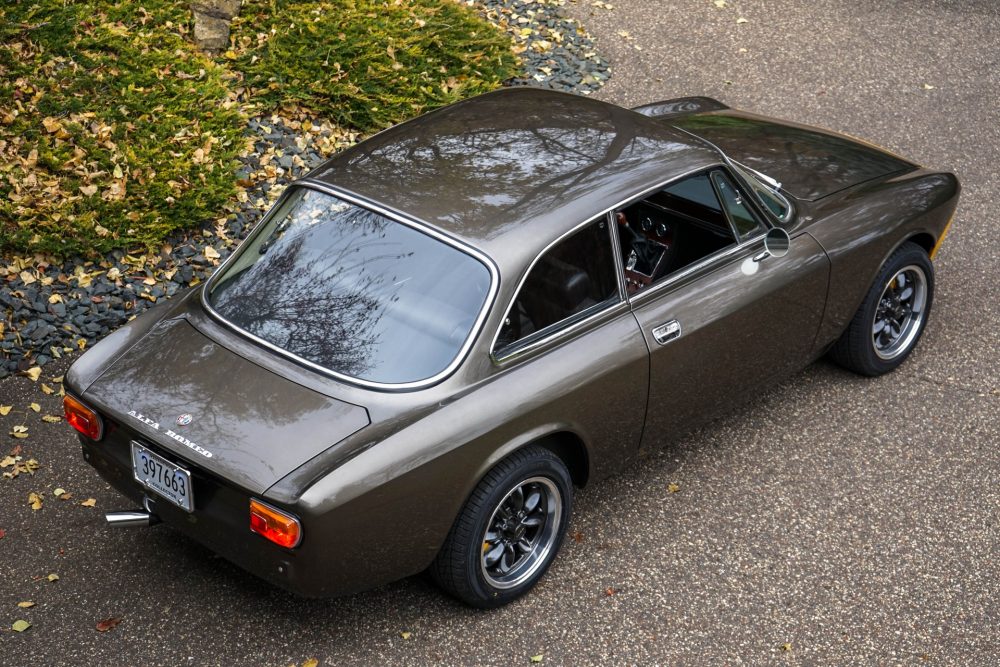 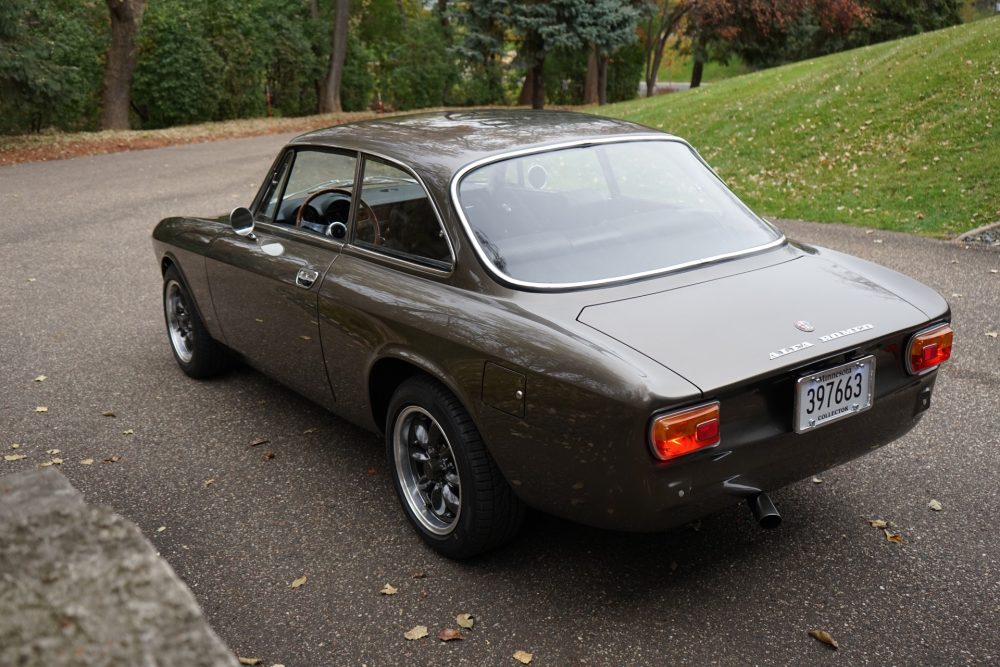 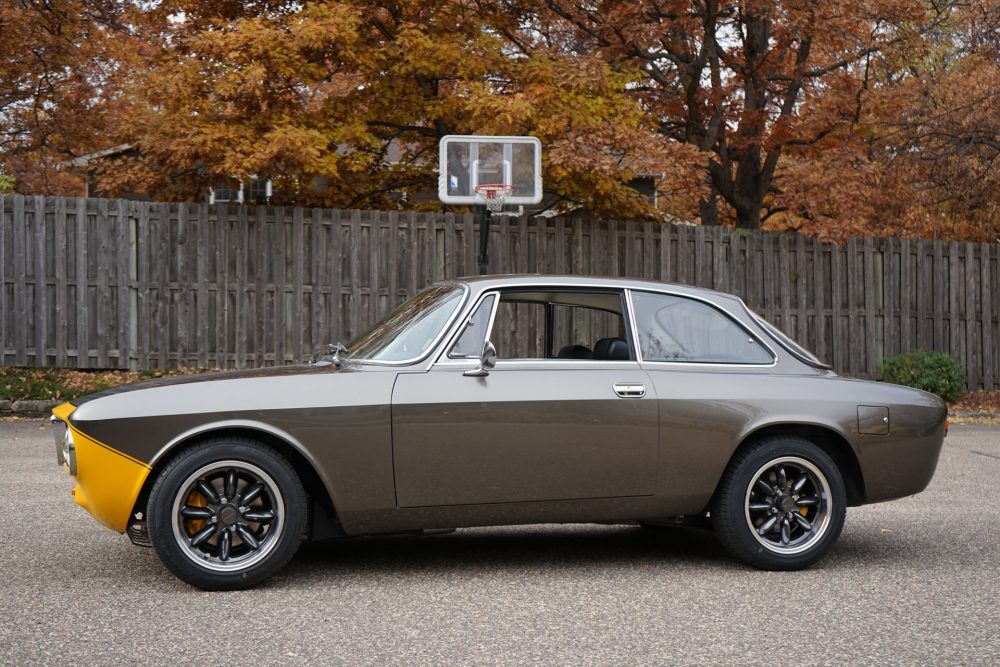 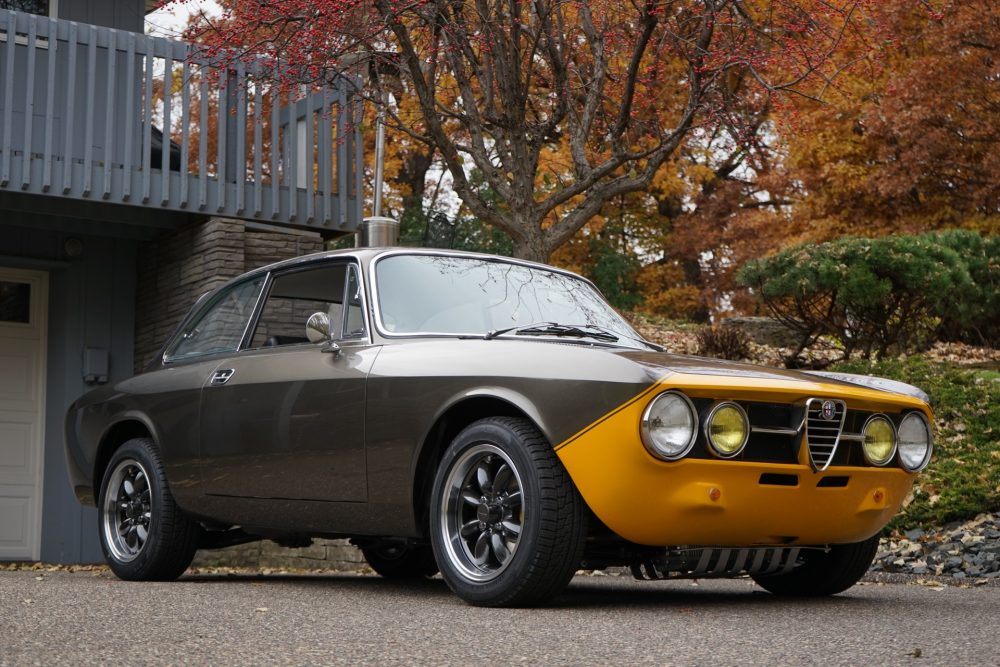 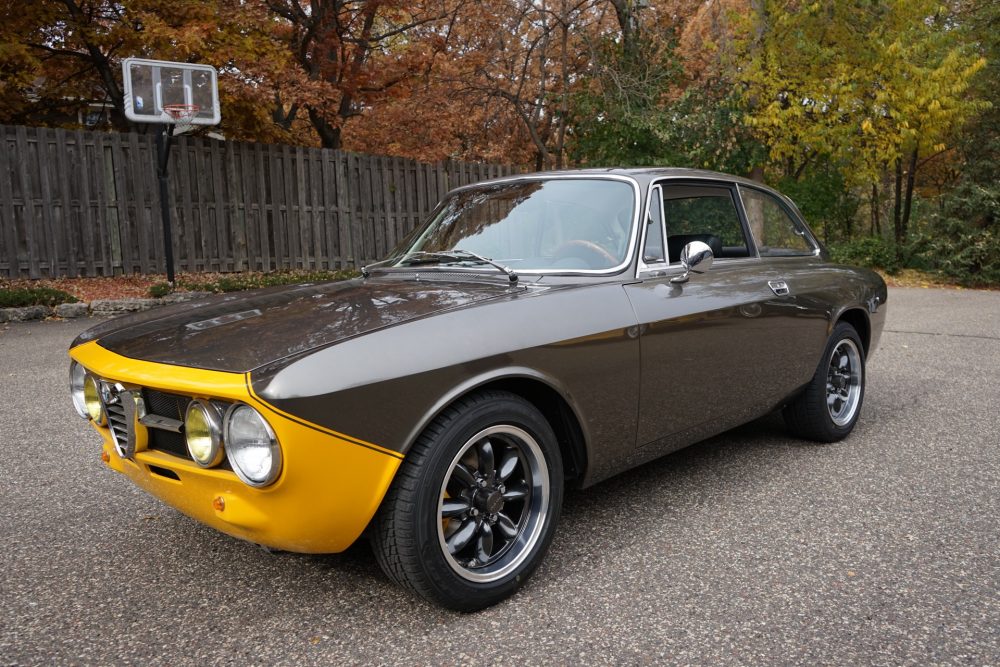 With a wide array of modifications taking place on the 1969 Alfa Romeo  GTV which included a set of sidedraft Weber carburetors, Rota alloy wheels, a stinger exhaust, and much more besides, it’s clear to see a lot of love has gone into this restoration project. Approximately 20 shakedown miles have been added since the work was completed, and this GTV is now being offered with receipts from the restoration, the factory SPICA injection system, and a clear Minnesota title in the seller’s name. 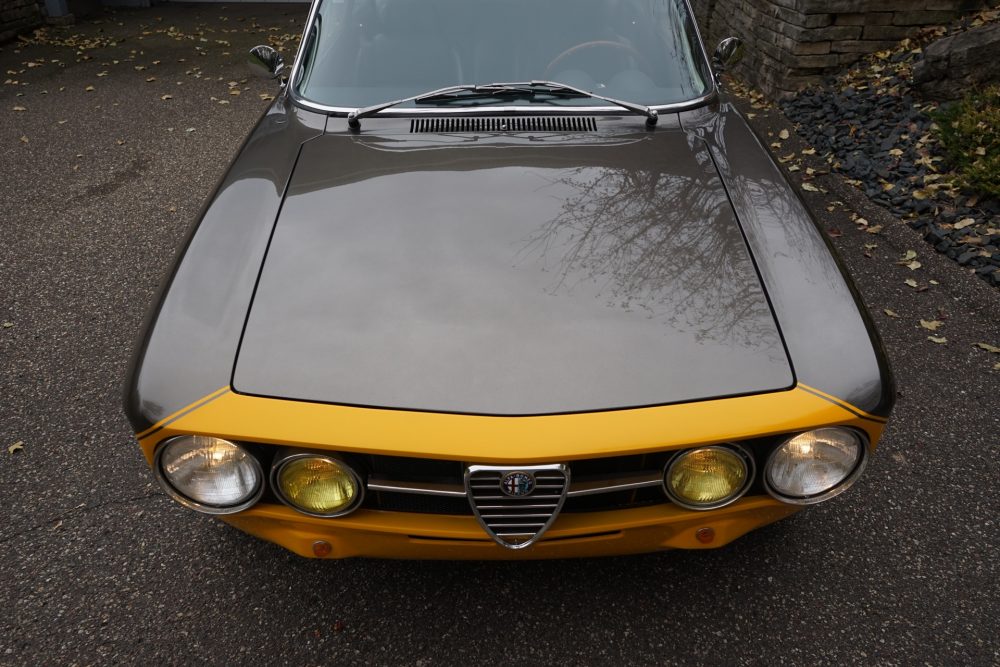 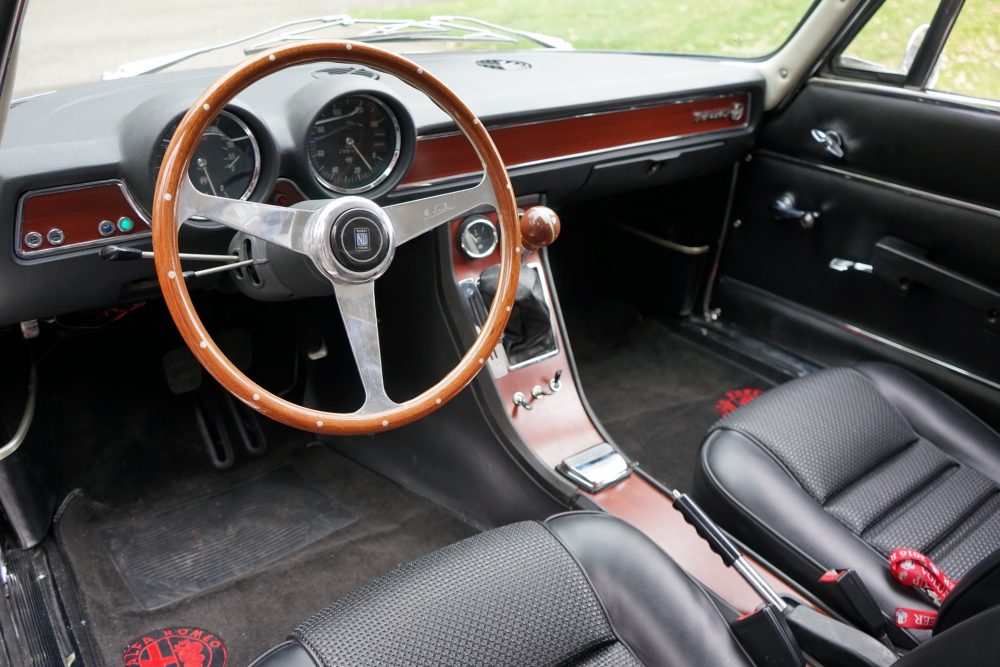 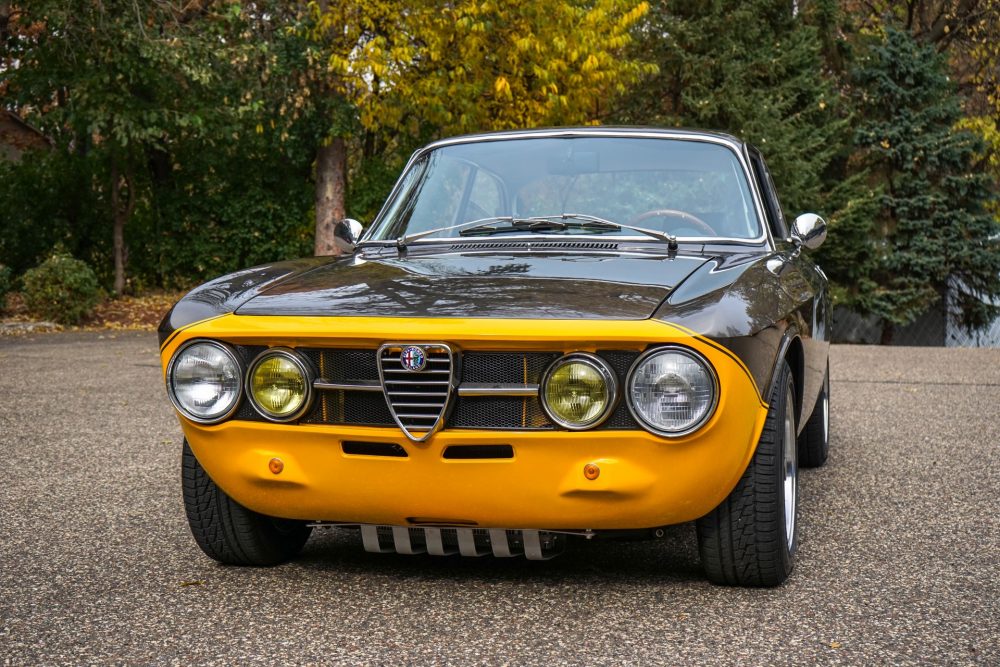 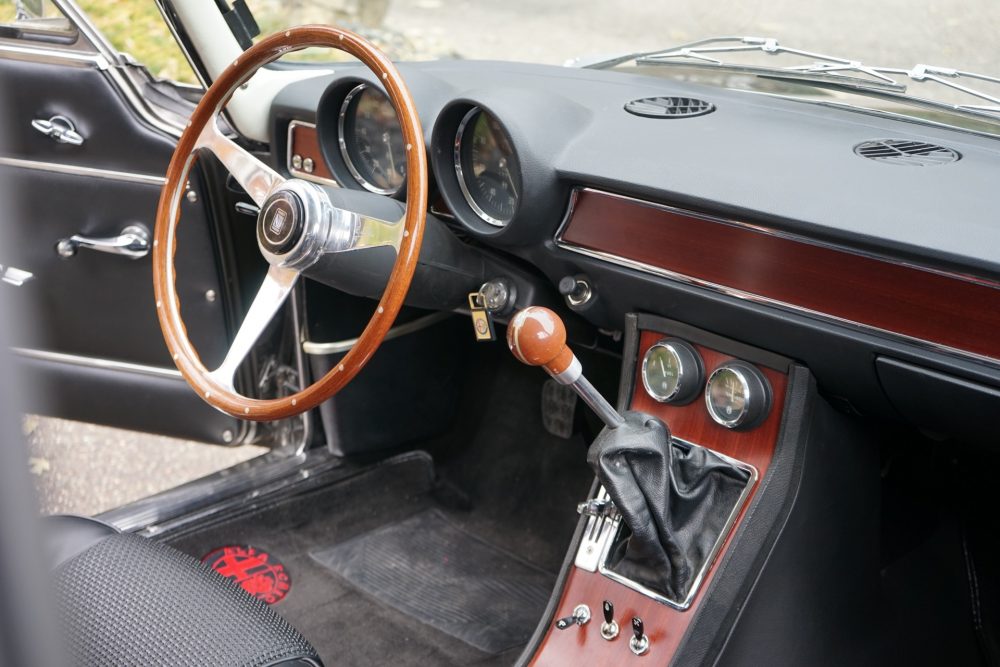 The restoration work on the 1969 Alfa Romeo GTV started with taking the car down to the body shell, at which point it was media blasted. Sheet metal replacement and repair was performed as needed and when the bodywork was completed, the entire shell was refinished in a custom gunmetal grey with a McLaren yellow nose. Yellow lamps and Euro-market Carello tail lamps are fitted, as well as a set of custom front flush-mount turn signals in the front bumper mounting holes. 8-spoke alloy wheels from Rota come wrapped with Falken rubber at each corner. The dual-master brake system specific the 1969-model year remains installed, and the ATE calipers have been painted yellow.

You needn’t have any concerns about the performance of the 1969 Alfa Romeo GTV and it has a 1779cc inline-four and 5-speed gearbox which have been refreshed. Induction is through a pair side-draft Webers behind trumpets and foam element filters. If you’re after an iconic looking vehicle from the 60’s, you’ll not find many better to spend your money on that this excellent little offering from Bring A Trailer. 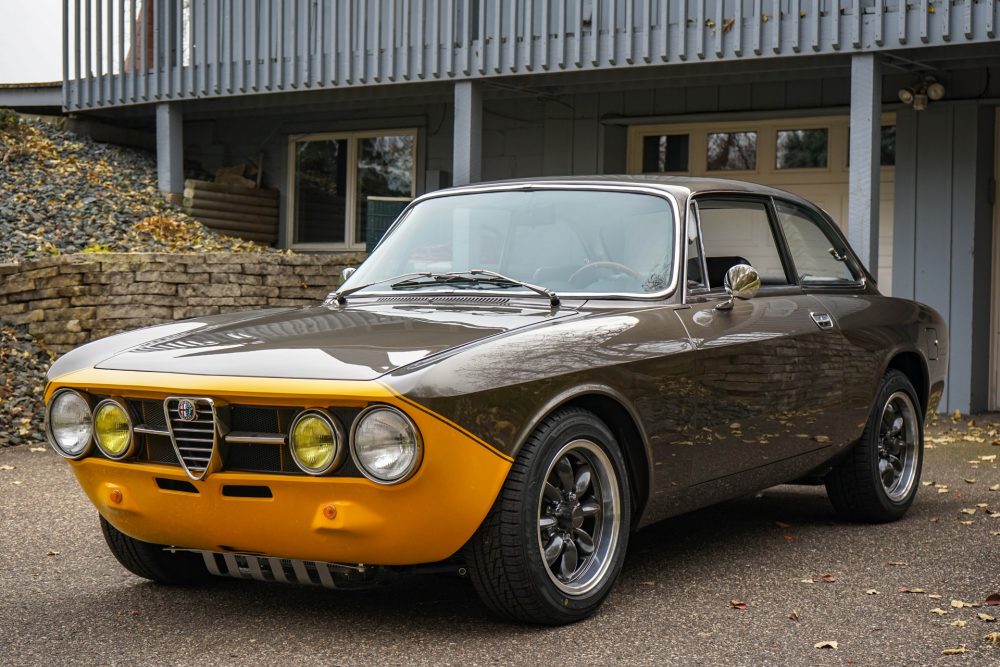 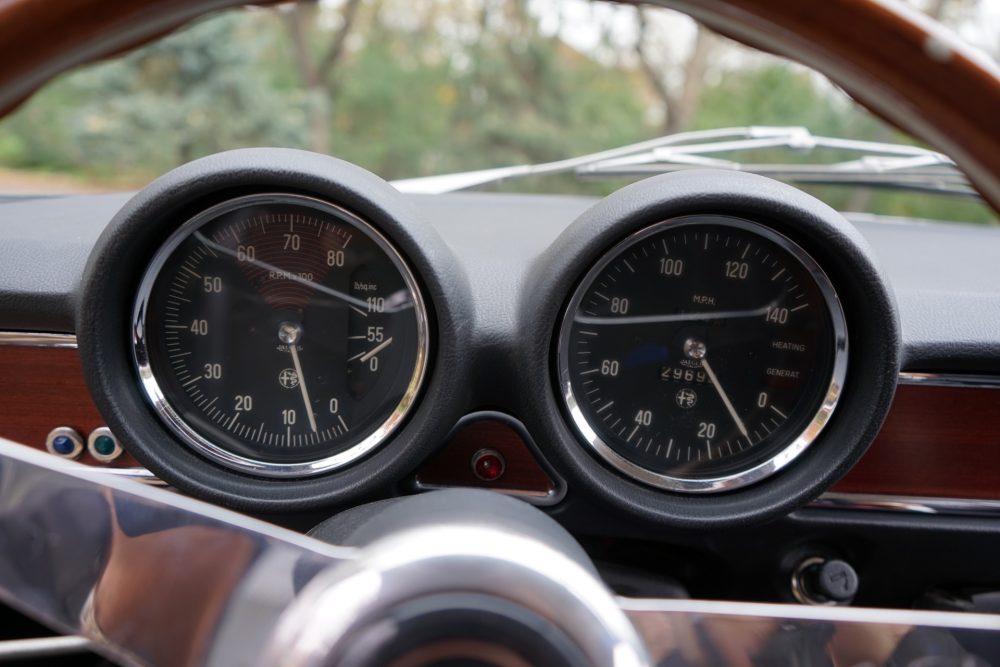 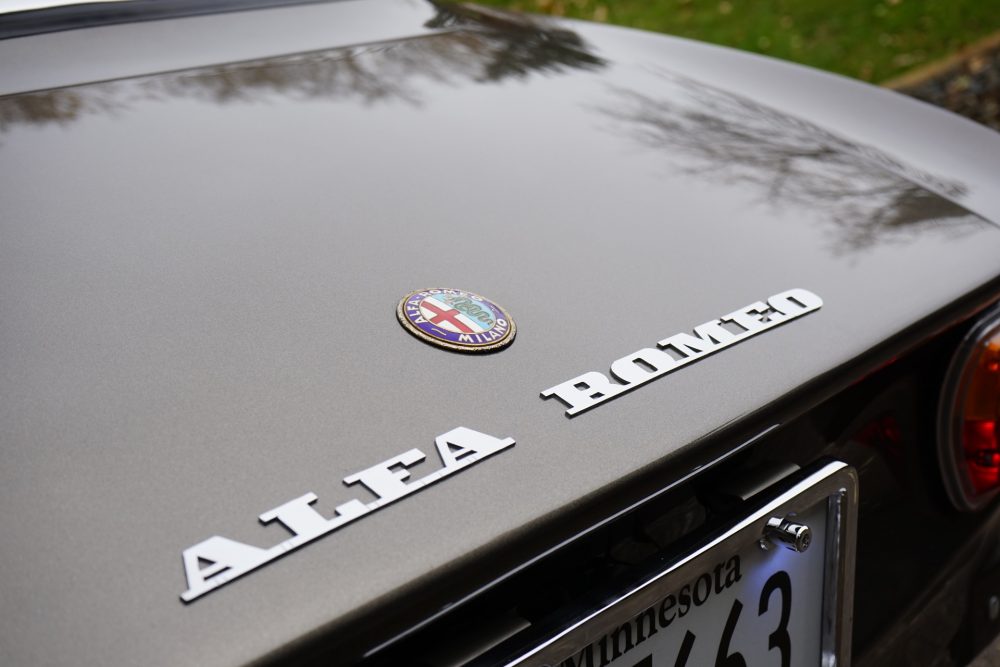 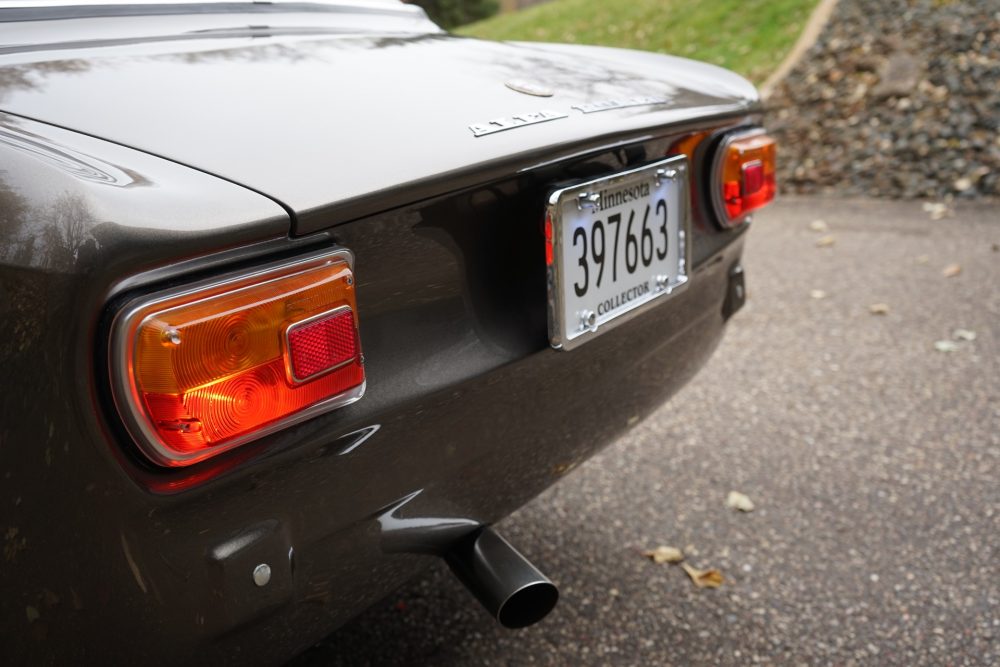 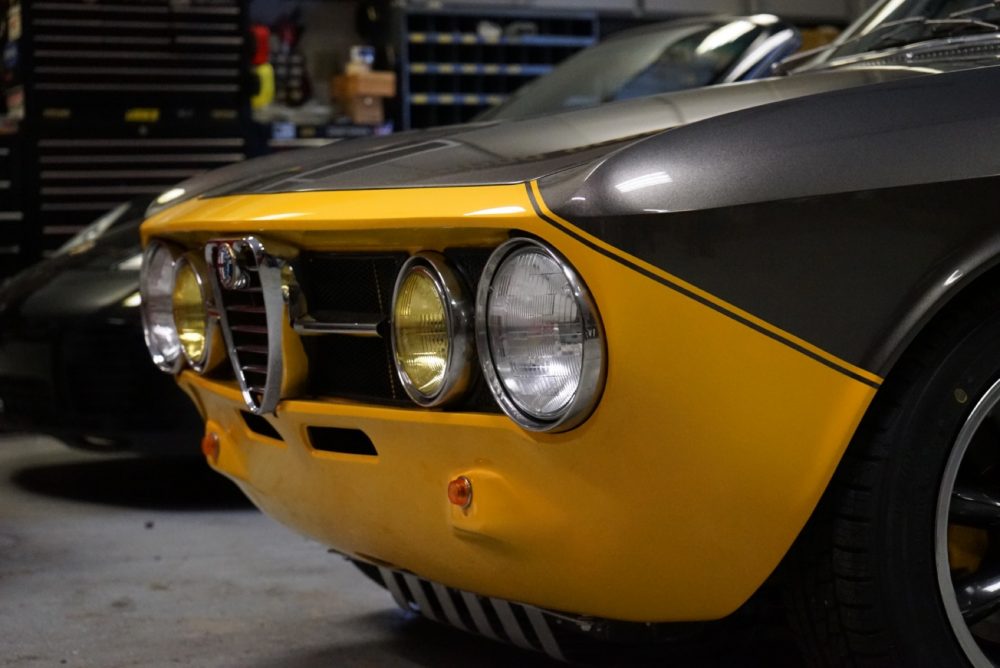 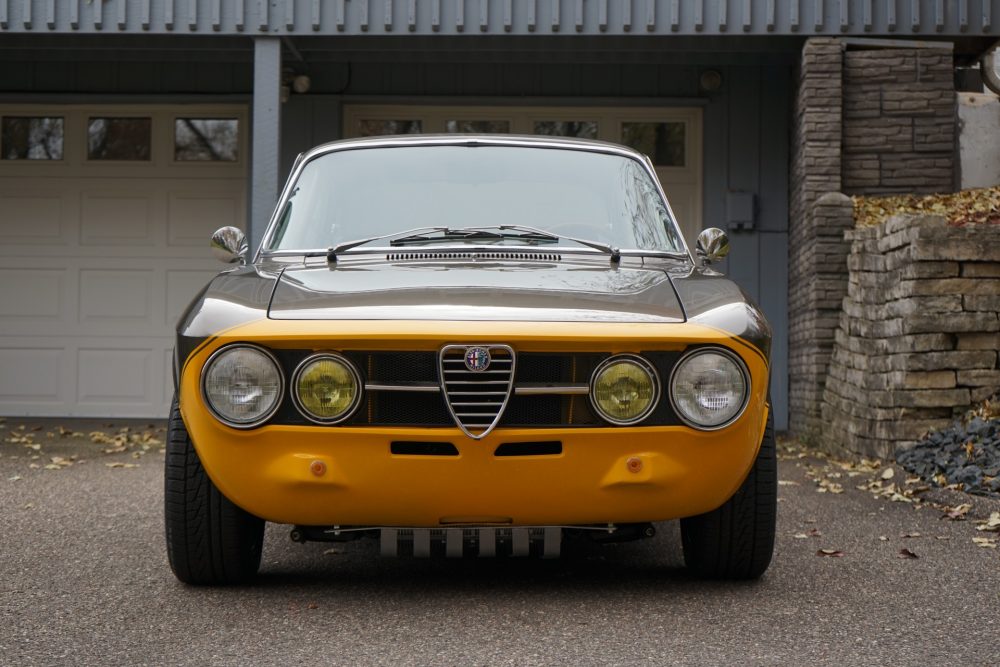 With bids currently sitting around $55k and only a few days left to make your interest known, this fantastic looking vehicle will be in its new home sooner rather than later and if you want that to be your garage, you’d better move quickly. Brilliantly restored with a real eye-catching attention to detail, it’s hard not to be impressed with what has been achieved here.