The Porsche 911 Carrera is one of our favourite vehicles here at Coolector HQ and, needless to say, it’s hard not to sit up and take notice when one as astounding as this 1984 Porsche 911 Carrera, nicknamed Willy, comes up for auction. This stunning steed was purchased by Kelly-Moss Director of Operations, Andy Kilcoyne in March of 2018 but the story truly begins a few months prior when Hoonigans Larry Chen and Will Roegge were in Wisconsin shooting the VICCI Safari car blasting across a frozen lake not far from Kelly-Moss HQ. 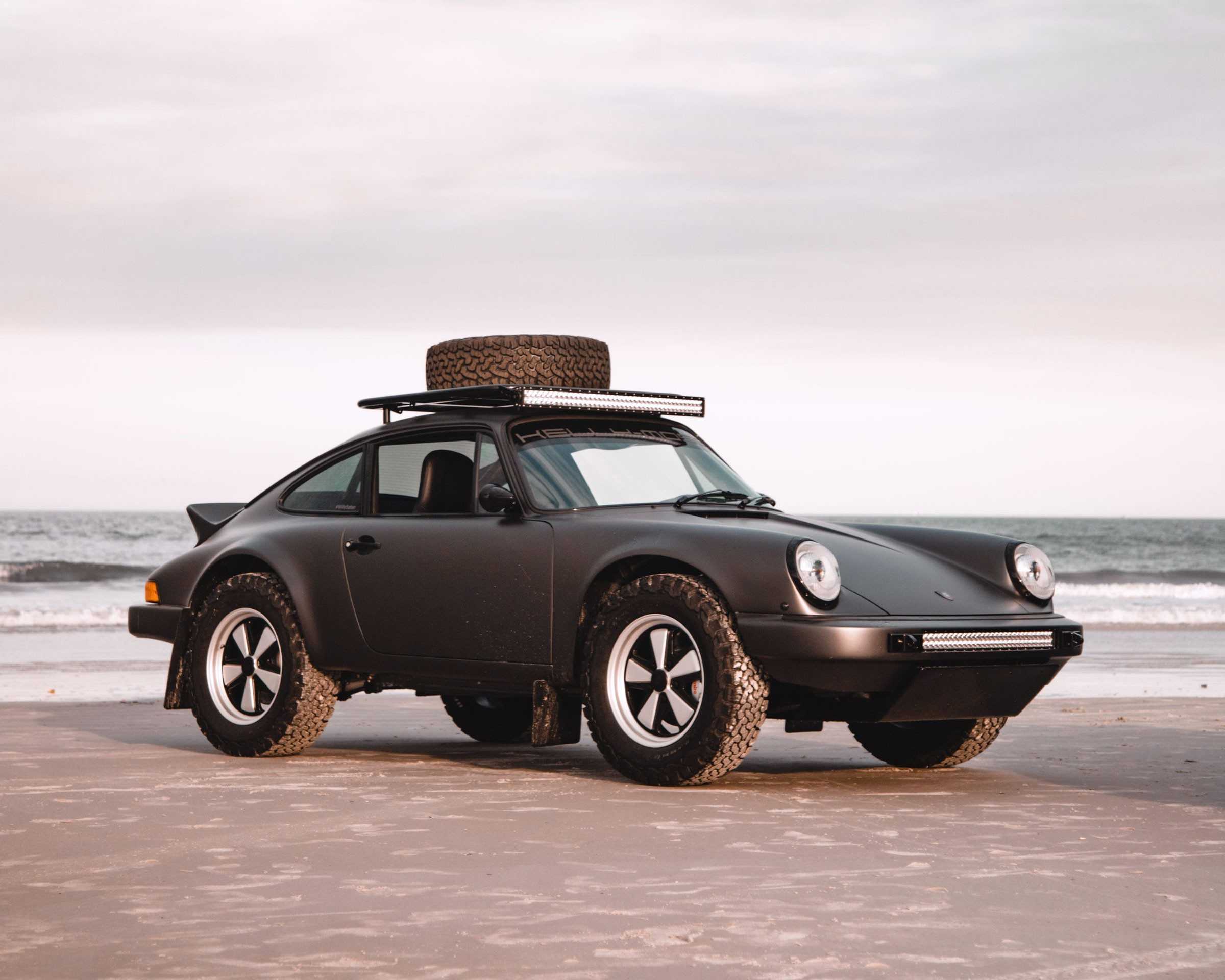 This particular 1984 Porsche 911 Carrera was a grey market car legally imported into the US, and spent the majority of its life in the South, making it the perfect candidate for a bespoke build. This wasn’t always the plan however, with the initial direction being mild plus a few personal touches but the visionary mind of Andy and the team at Kelly-Moss didn’t let that happen and it became the stunning adventure ready ride you see before you.

Entailing more or less a total rebuild, every piece of the car was taken apart, replaced, renewed, rebuilt, or reimagined over a 10 month period with the build goal in mind every step of the way. The wheel wells have been made 2 ¾” larger, keeping the stock radius to look unmodified to the untrained eye. Five inches was also taken from front inner wheel well opening on the chassis side to aid in steering lock, side to side clearance, with the larger tires. Tim “Dog” Homburg has many hours in welding and fabrication on the car, including the cage and custom roof rack so you know the quality is to the highest standard. 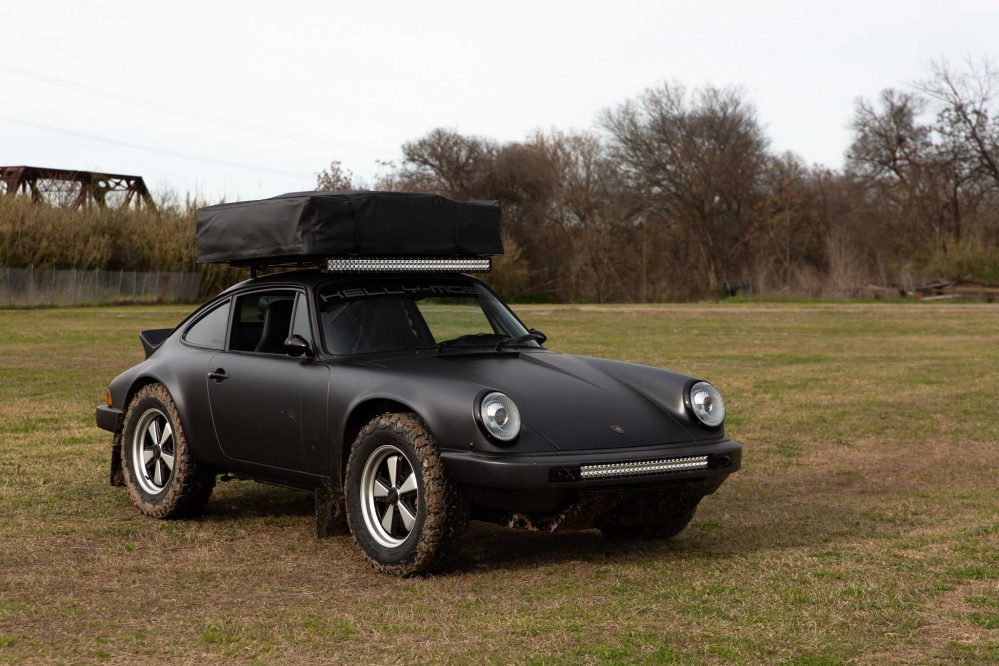 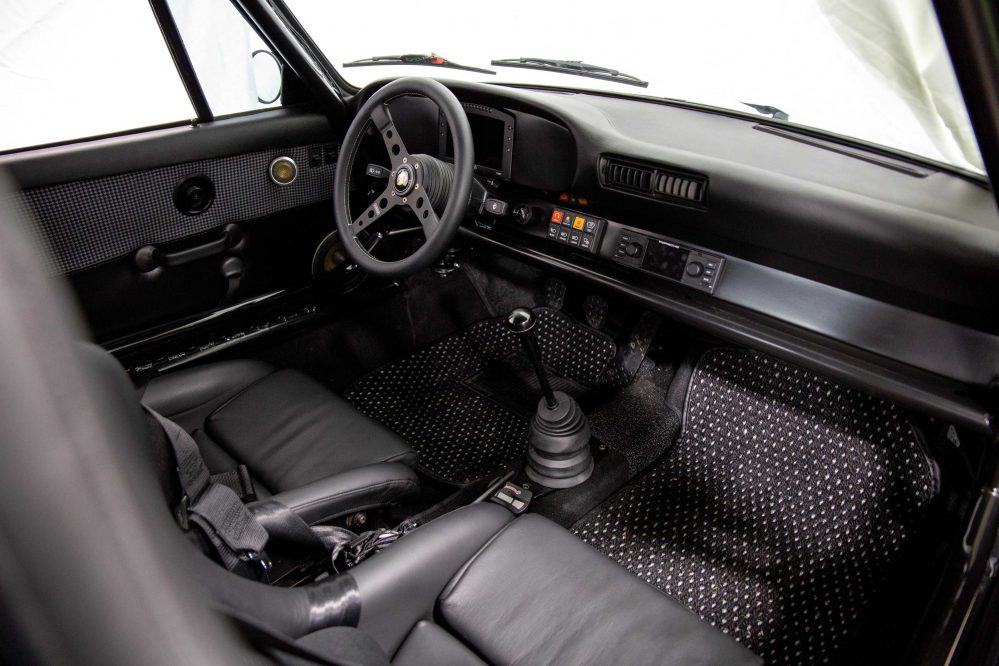 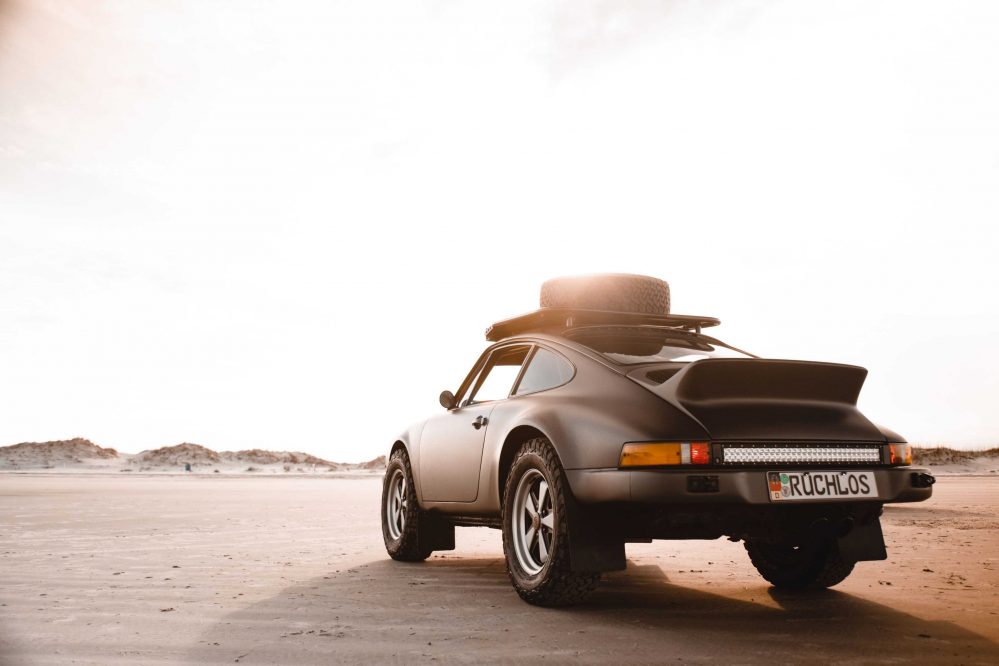 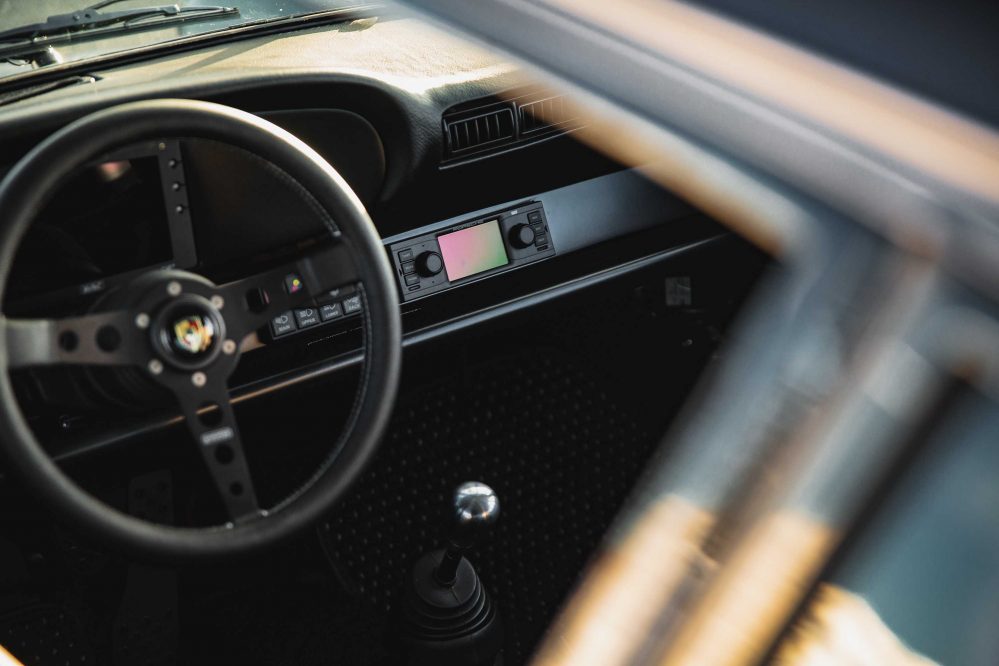 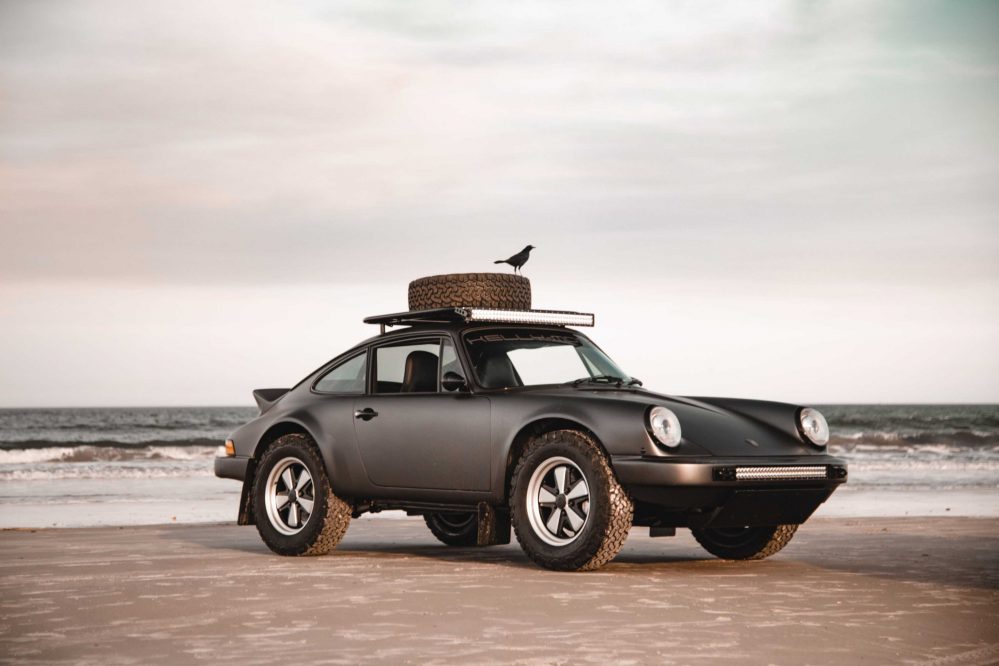 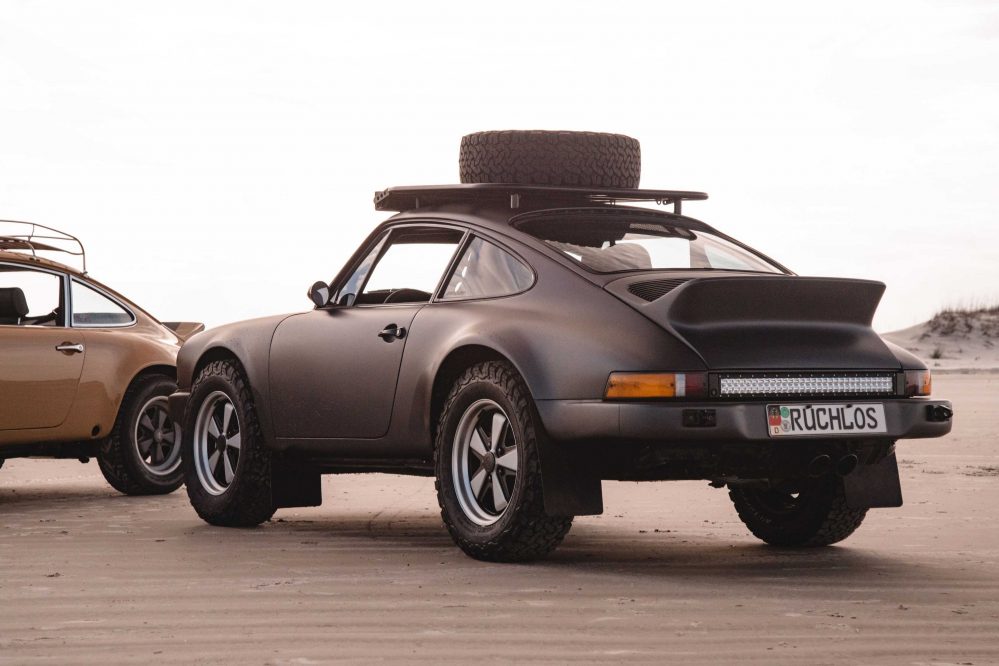 The 1984 Porsche 911 Carrera is going under the hammer with Vicci with the price tag of $375k so it’s definitely going to require deep pockets if you want to make this your next vintage car in the collection. The fact that they managed to keep the car all metal, short of the carbon / kevlar roof, and come in at 2500lbs is nothing short of miraculous, but you really can’t expect anything less from a restoration team of this calibre. Many of Willy’s bespoke features are understated and insignificant, but if you put this by another 911, or another 911 Safari, you’ll start to notice the subtle, unique details that set it apart. Function over aesthetics are consistent with this build as is with all cars that leave Kelly-Moss. 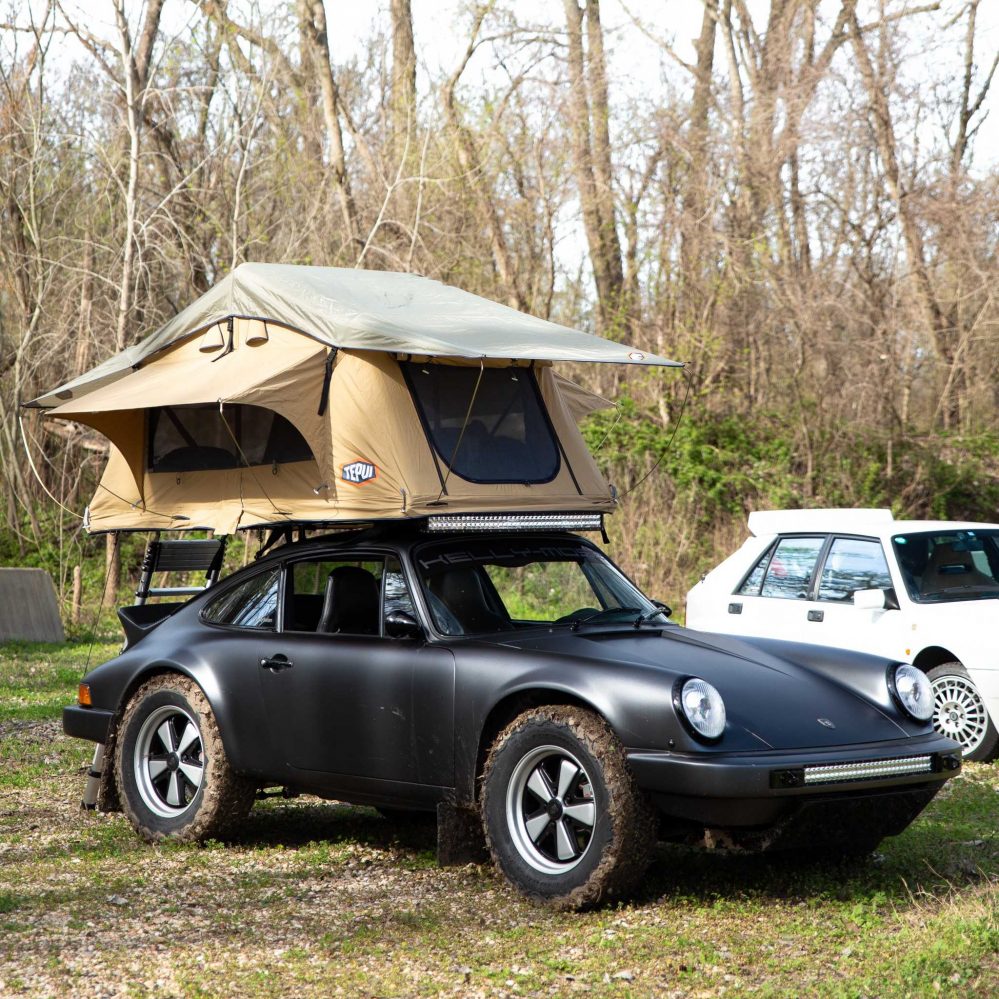 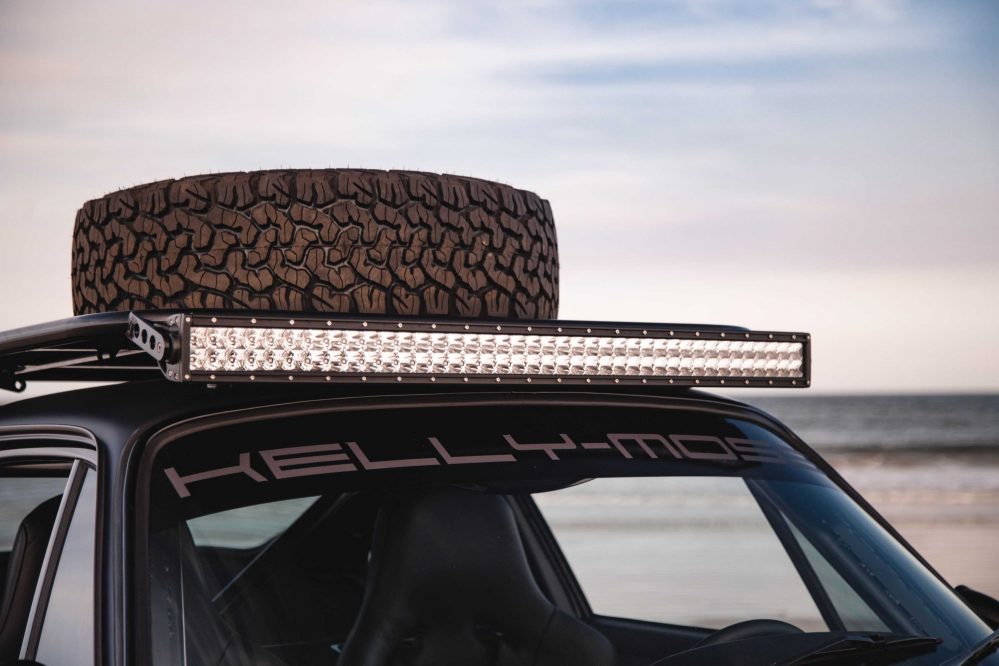 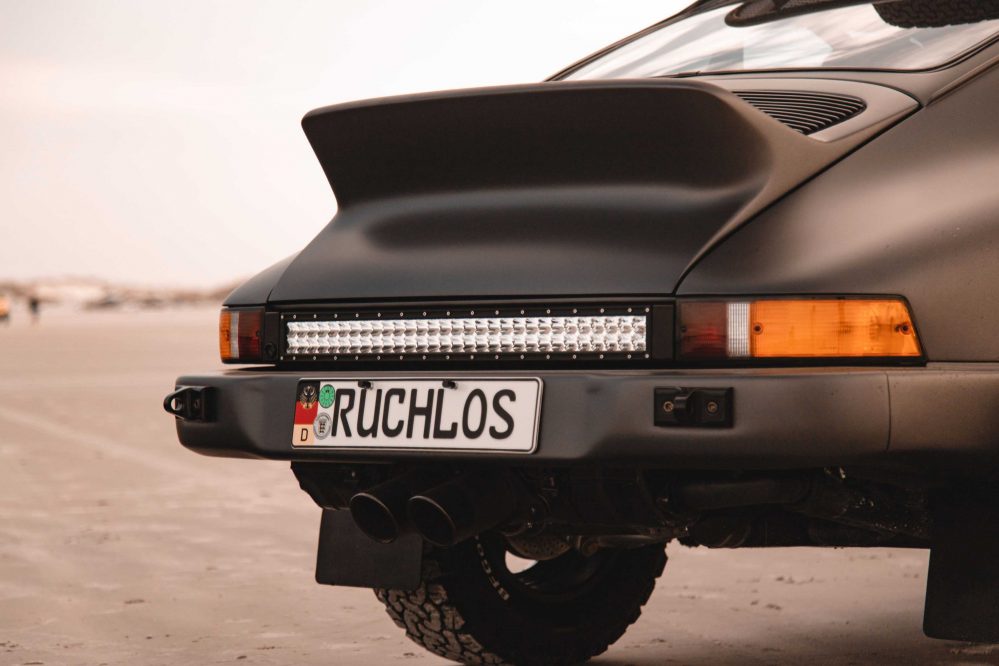 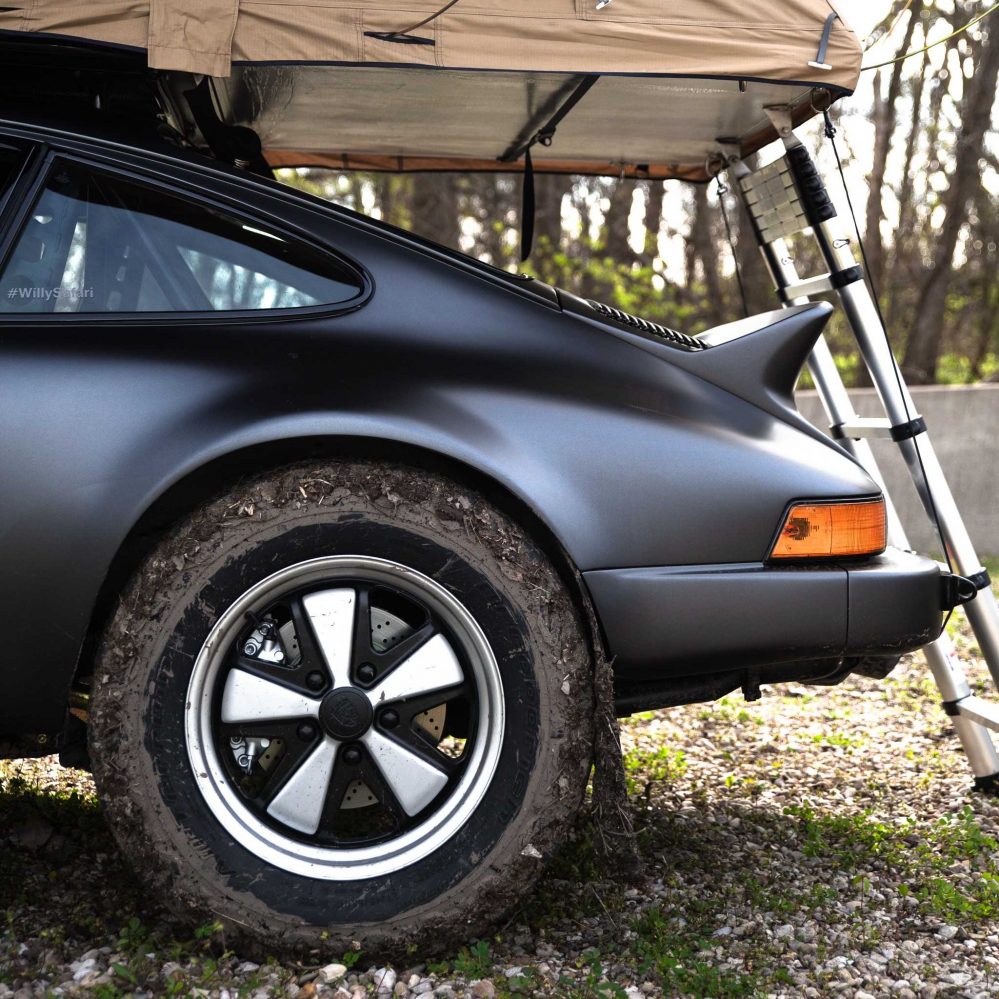 It goes without saying that most Porsche on the market won’t be as adventure ready as this one (hence the perhaps loftier than normal price tag of $375k) and we’re loving the stealthy aesthetics of the exterior here at Coolector HQ. It has had a complete rotisserie body/chassis restoration, including many custom project specific touches along the way and had various modern touches added such as a MoTeC backup / rear view camera integrated next to rear lightbar. 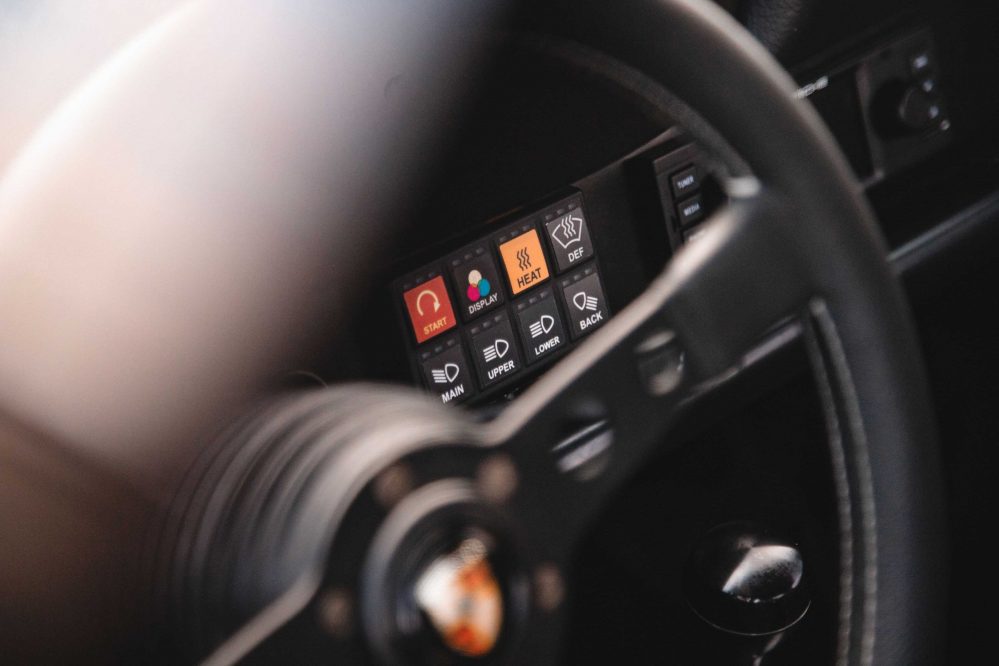 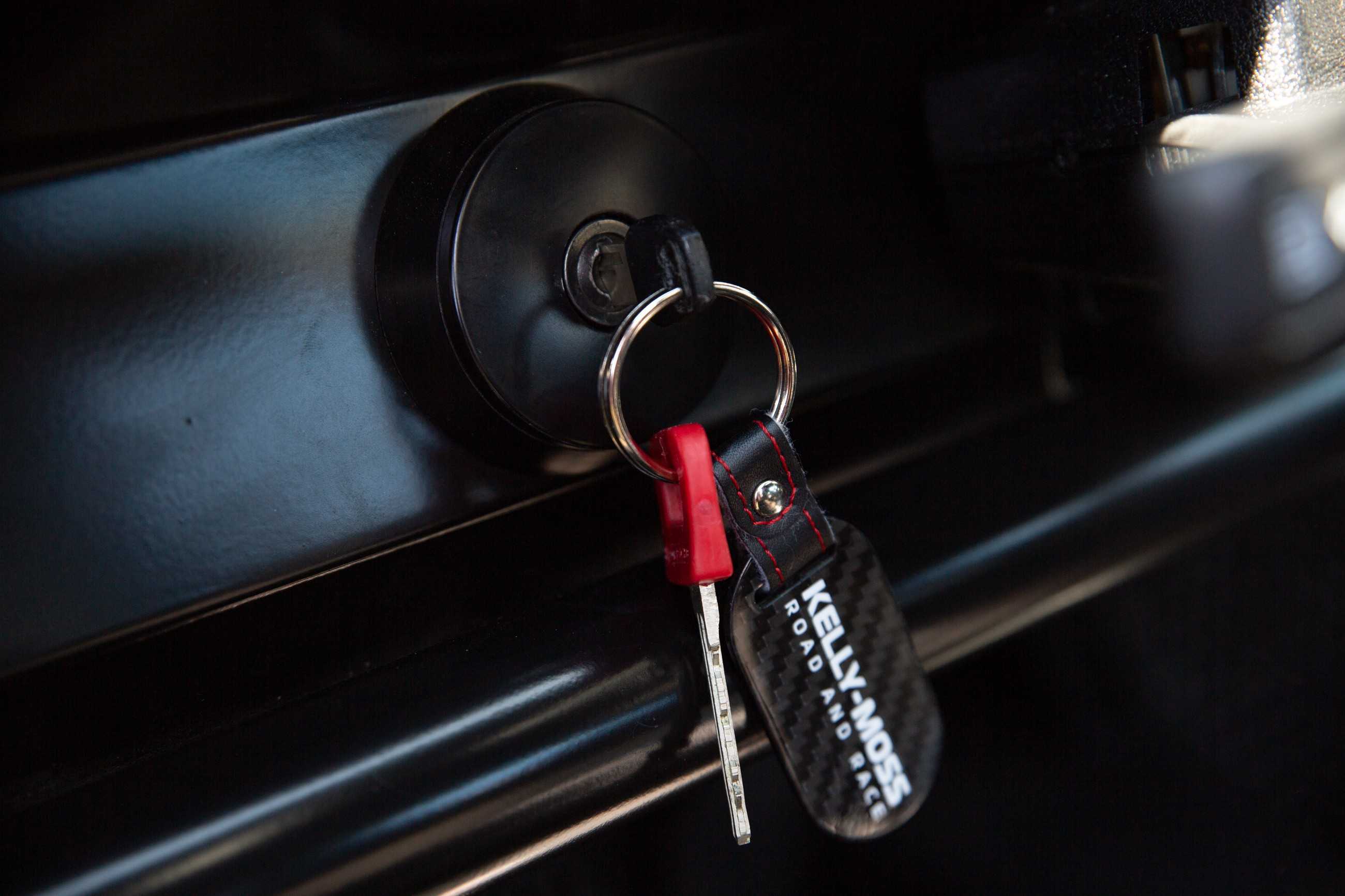 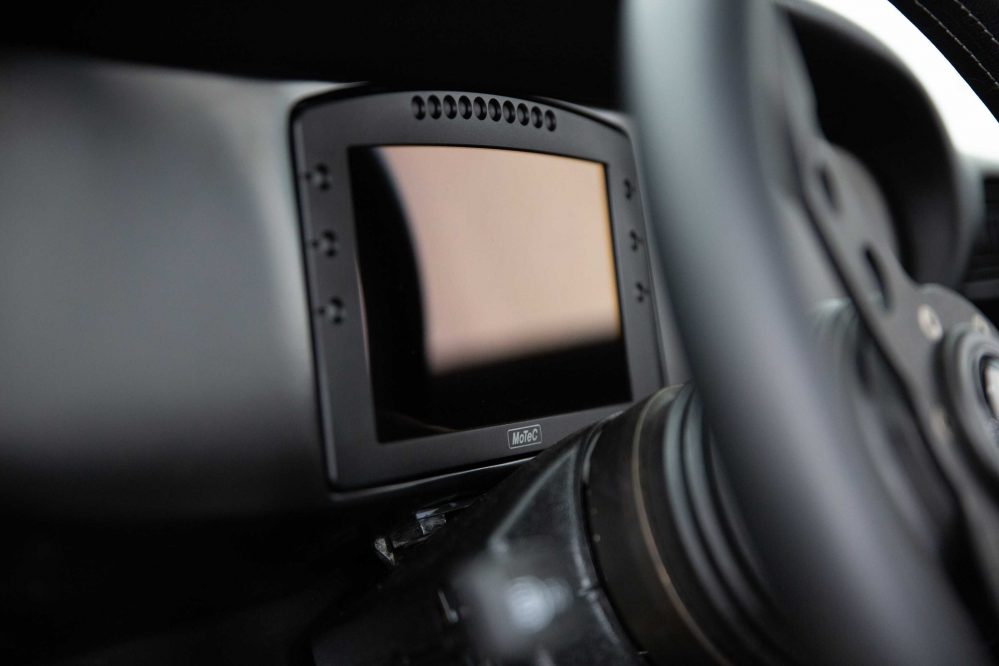 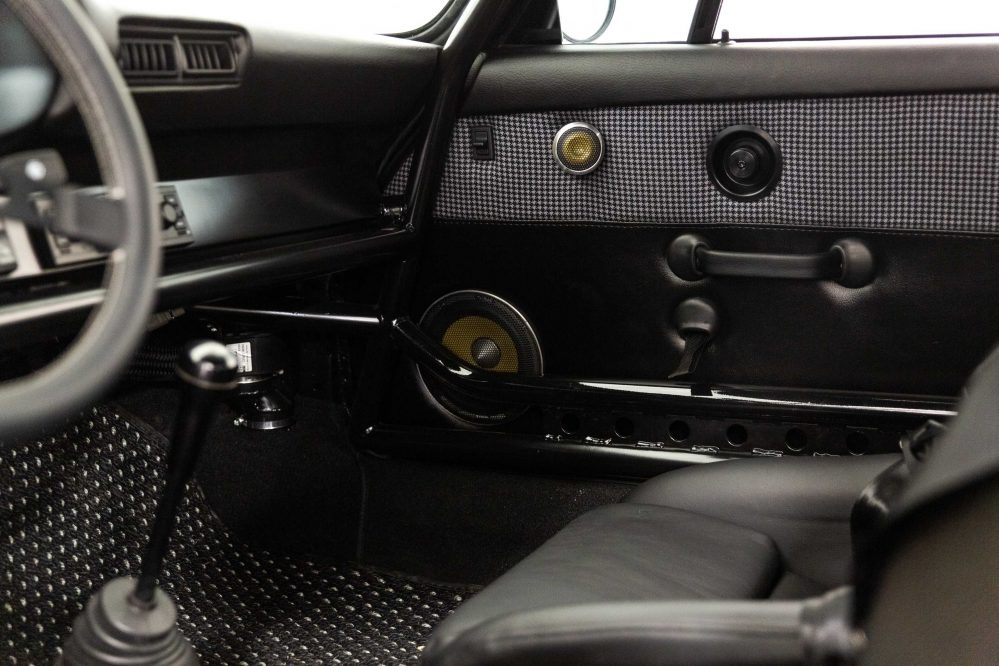 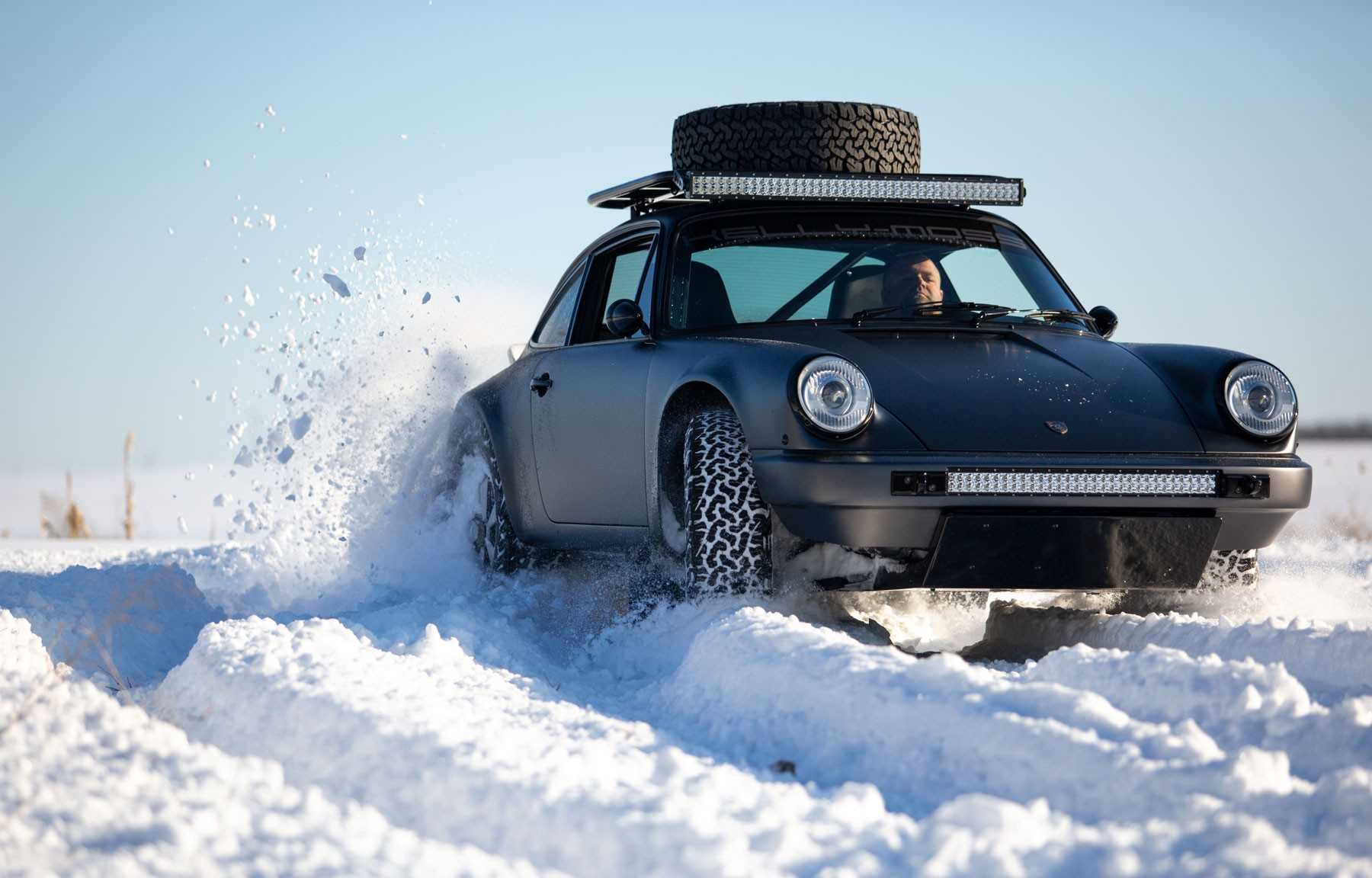 If you happen to have nearly half a million dollars burning a hole in your pocket and want to get your hands on a truly one of a kind and extraordinary 1984 Porsche 911 Carrera then this is definitely the one for you. It has one of the finest restorations on the market and whilst the price tag is a high one, it’s the sort of vehicle that will be the pride and joy of any Porsche collector’s collection.