Craft beer is something that we spend an undue amount of time pontificating about here at Coolector HQ and if we’re not thinking about it, we’re drinking it so we’re always on the hunt for awesome breweries in the UK with equally as excellent taprooms so we’ve compiled a list of 8 of the UK’s best brewery taprooms.

Check out our selection below: 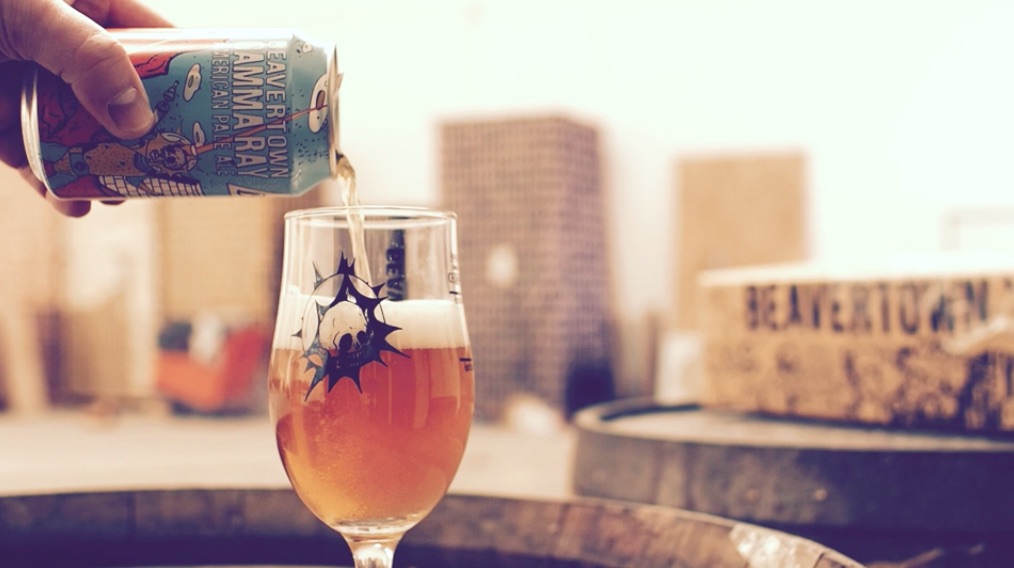 Without question one of our favourite craft beer brewers in the UK, particularly the delicious Neck Oil drop, Beavertown have a superb taproom to be enjoyed on their brewing site. The Beavertown Taproom is open every Saturday, with a few exceptions and serves all their classics in kegged, canned and bottle form including the likes of Gamma Ray, Amateur Hour, Black Betty and Smog Rocket. Situated in the Tottenham Hale area of London, you’ll be pleased to hear that they also offer a great selection of food to keep the munchies at bay whilst quaffing their delicious ales. 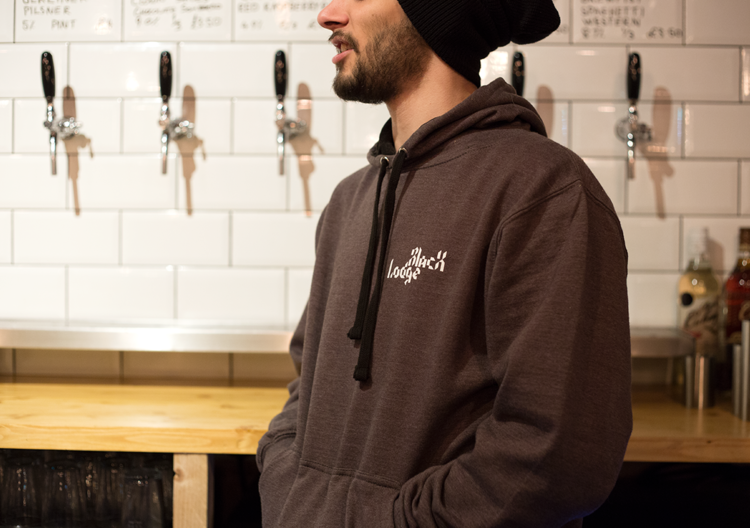 Situated a stone’s throw from Coolector HQ, Blacklodge Brewery are purveyors of some delicious sounding beverages which, to our shame, we’re yet to try yet despite their proximity to us. Some of the fantastically monikered beers you can enjoy in the Baltic Triangle location include Mohawk, Catfright, Killerbob and This Machine and alongside all these mouthwatering craft beers, you’ll find a surprisingly impressive menu for a taproom including the likes of cheese and charcuterie boards. What’s not to like? Got your beer, got your cheese, got your meat. Triple win. 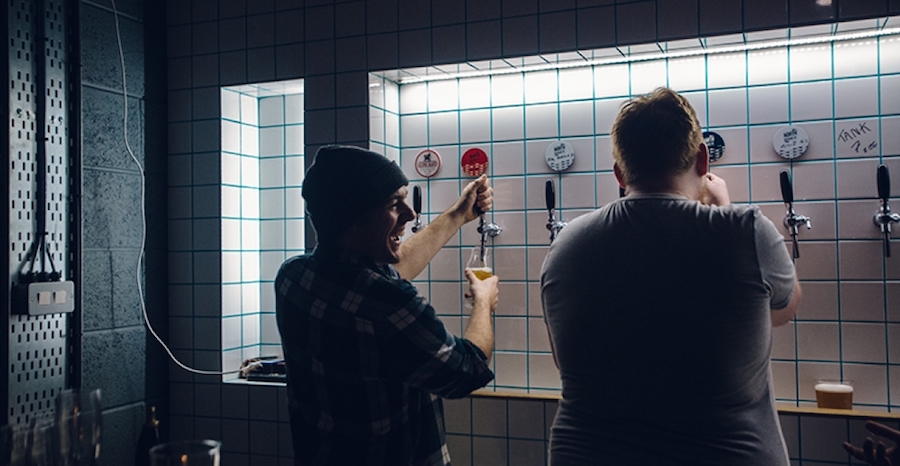 Leeds is another city close to our heart here at Coolector HQ although, lamentably, the excellent looking North Brewing Co Taproom wasn’t yet in existence during our residency there. Launched back in 2015, this superb looking Taproom was created alongside a brewery by one of the city’s watering holes, the North Bar, and has quickly established a reputation as one of the UK’s leading brewers. In their great looking taproom you’ll find some of their flagship brews which includes Sputnik, Transmission, Herzog and Full Fathom 5. Though we wouldn’t dream of indulging here at Coolector HQ, the North Brewing Co Taproom also has Prosecco on tap. 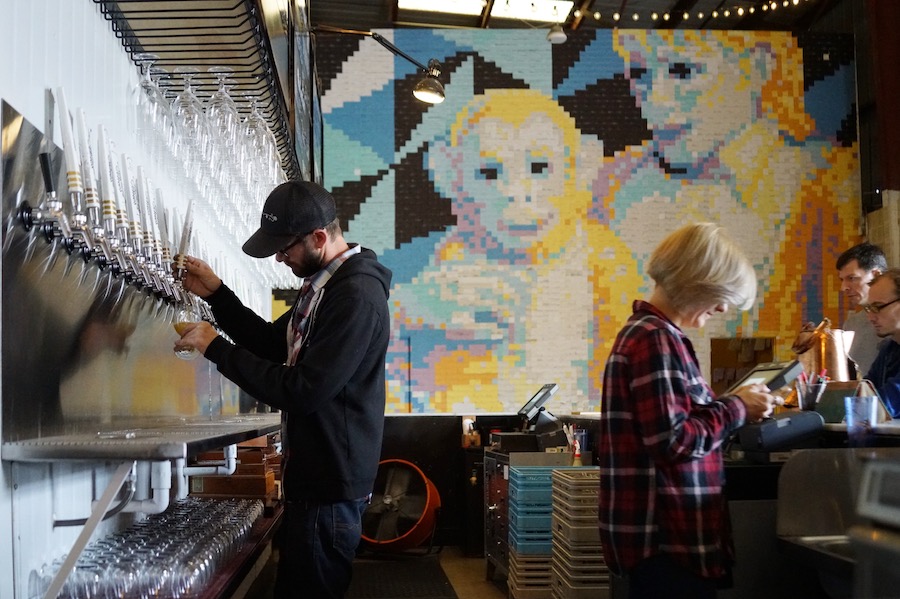 Specialists in modern, seasonal beer, Cloudwater Brew Co are certainly making waves in the UK craft beer scene and if you want to see what all the fuss is about, a trip to their Manchester taproom is a must. The first UK based brewery to crack RateBeers’ top 10, it’s clear to see the beverages from Cloudwater Brew Co are something a bit special and you’ll be able to find plenty of them on tap during their taproom opening hours from Friday to Sunday. With a variety of pilsners and pale ales on tap to be put away, you’ll not want to leave once you taste just how delicious their beers are. 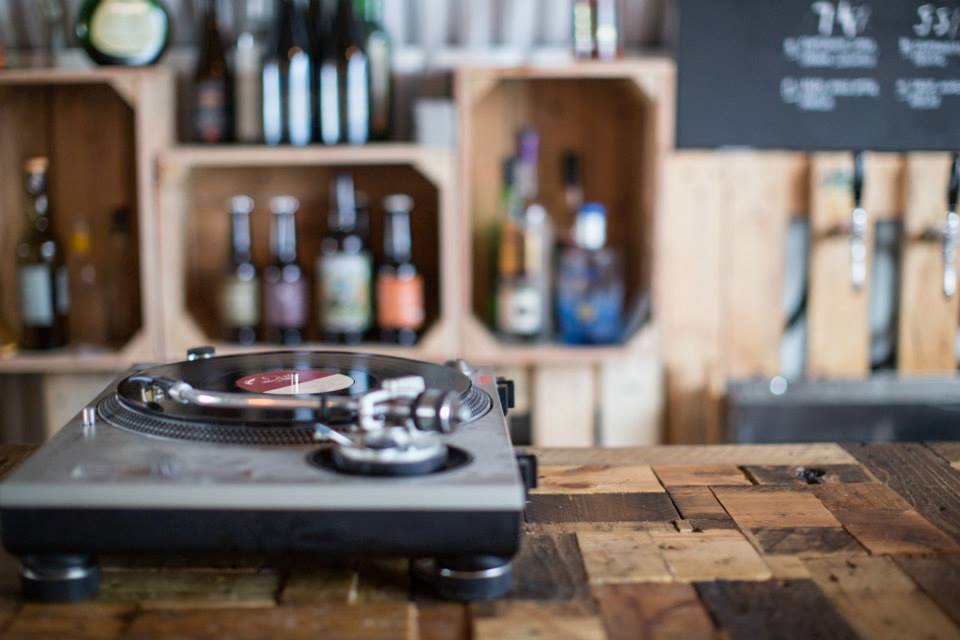 Located in the increasingly trendy, craft beer hub of Bethnal Green in London, the Redchurch Brewery Taproom is situated on a mezzanine level above the brewery itself so you’ve got a great bird’s eye view of the action. Much to our liking here at The Coolector, this East London taproom has been kitted out with the sights and sounds of a proper English pub, including the all important dartboard and you’ll be able to enjoy some of their best beers on site including the likes of Hoxton Stout, the punchy Great Eastern IPA and Paradise Pale Ale. 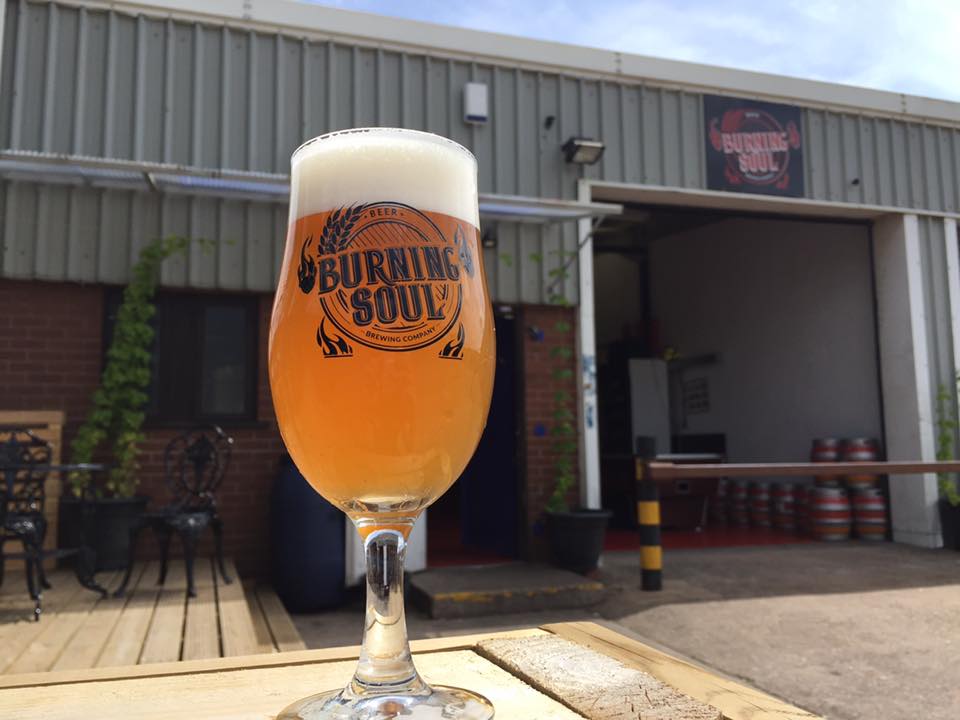 Birmingham might not be particularly well known for its craft beer scene but this is a reputation they are increasingly trying to shed and they’re definitely on the right track with ace breweries like Burning Soul Brewing Co and their equally as excellent taproom located on site. In this Midland’s based taproom, they have an ever changing list of smaller experimental pilot brews in order to capture first hand people’s perceptions of their new beers and those which get the best reception are re-brewed and sold outside of the brewery. A proper taproom this one, with old sofas, kegs lying around and the obligatory pool table – a must visit if you find yourself in Birmingham. 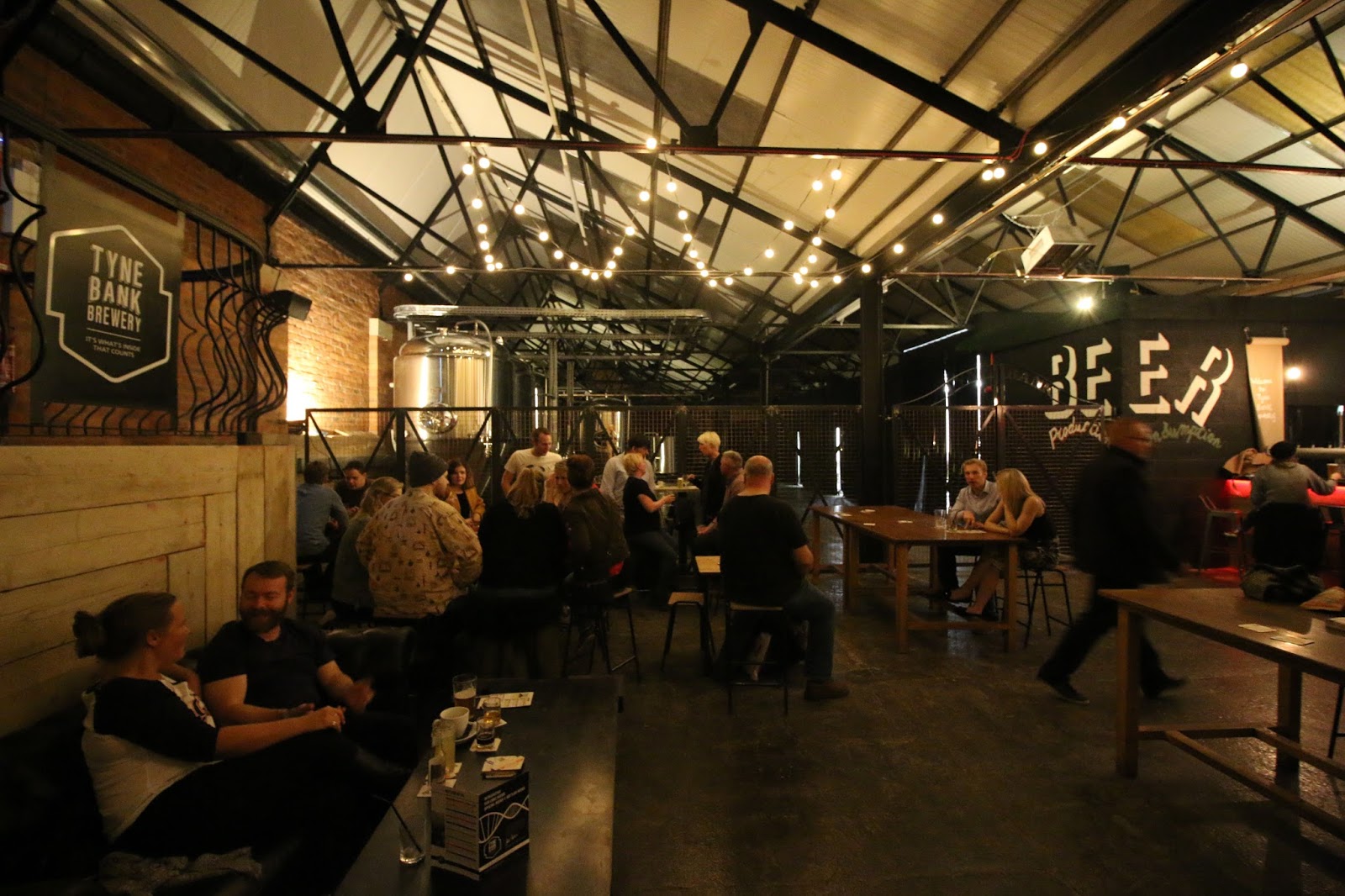 Newcastle is a city that loves its craft beer and there is no better proponent of it in the North East than the Tyne Bank Brewery Taproom which, you guessed it, is situated on the banks of the Tyne River that runs through the city. Formed back in 2011, the Tyne Bank Brewery has gone from strength to strength in that time and now crafts an amazing array of beers including a core range of five ales, which are permanently available. The core beers, which you’ll be able to try out in their taproom, include the likes of Silver Dollar, a hoppy American ale, and Monument, a smoothly balanced bitter. 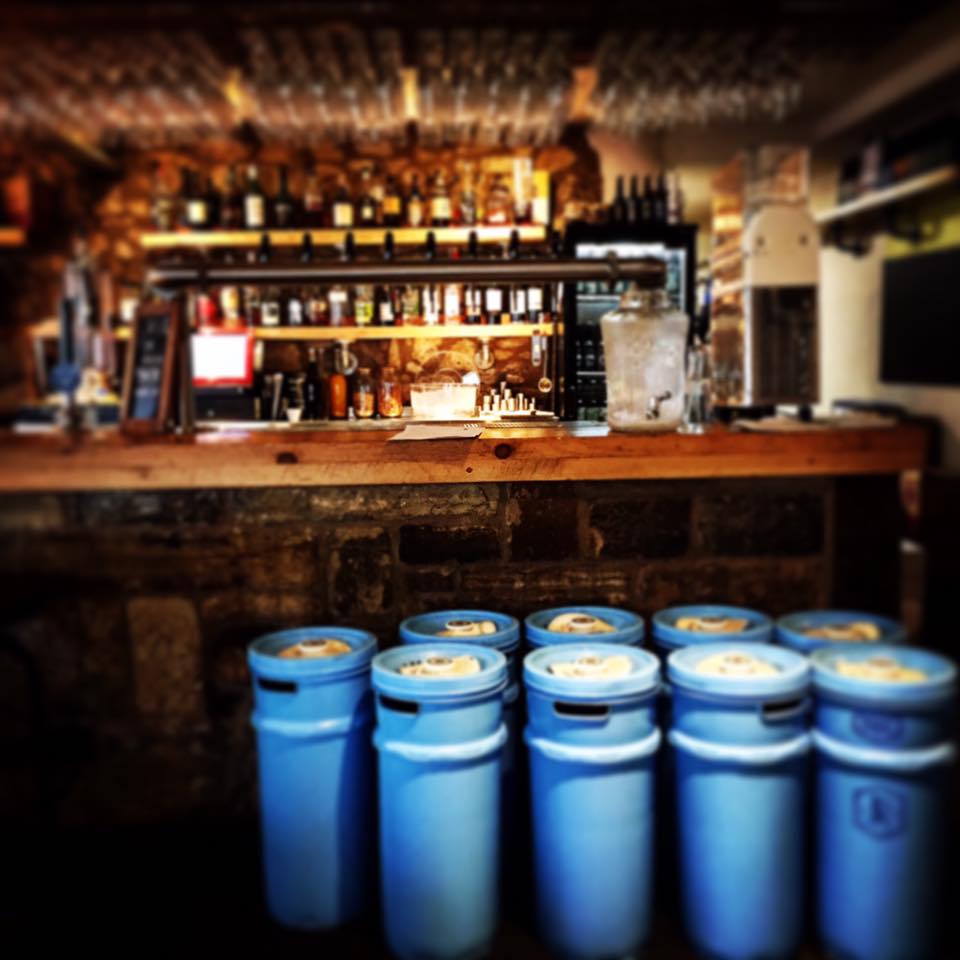 Bit of a controversial one this given that it’s not technically on the same premises as the brewery but it’s one in the backyard of where we grew up here at Coolector HQ and one of our favourite breweries so we had to finish our list of the best UK taprooms off with the Buxton Brewery Taproom in the heart of the Peak District in Derbyshire. This fantastic establishment is located in a stunning piece of Georgian architecture (which, let’s face it, is probably preferable to the draughty warehouses that brewery taprooms usually reside) and there are 18 beers available on draft, 16 on keg and 2 on traditional English beer-engine cask dispense. All the beers on draft are cared for by our brewery and cellar staff to ensure they are in the best possible condition for you to enjoy them and, better still, you can get growler takeaways to enjoy your favourite at home.

Written By
Leo Davie
More from Leo Davie
As regular wearers of T-shirts here at Coolector HQ, we definitely like...
Read More