Sometimes less is more and that’s a mantra which certainly applies to the world of architecture. A fine proponent of this ethos is the Alculco Residence from PPAA Arquitectos in Mexico which has been designed for two brothers and is the epitome of understated refinement and minimalistic architectural practices. Striking in its own way courtesy of the clean lines and clever use of space, Alculco Residence has an abundance of cool features designed to fit in with the lifestyle of the owners. 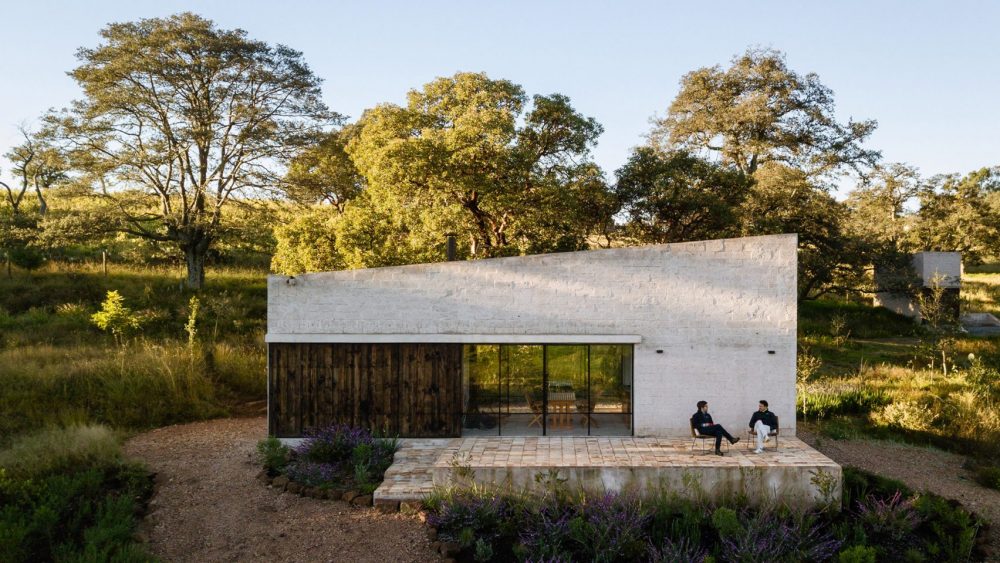 The Alculco Residence from PPAA Arquitectos in Mexico is predominantly made from stone which has been sourced from a nearby quarry and this gives the property a traditional feel that certainly appeals. This magnificent piece of architecture is a holiday retreat for two brothers who wanted to get away to “the middle of nowhere” and, as you can see, they’ve picked a pretty good spot for their fortress of solitude.

Located in Alculco, a town which is situated northwest of Mexico City – the siblings discovered the area while out on  a rock climbing excursion – this really is in the middle of nowhere and serves as the perfect retreat for the pair of brothers. After reforesting the property, the brothers enlisted the design skills of architecture studio, PPAA Arquitectos, to create the 90-square-metre getaway that is small but perfectly formed for a relaxing retreat. 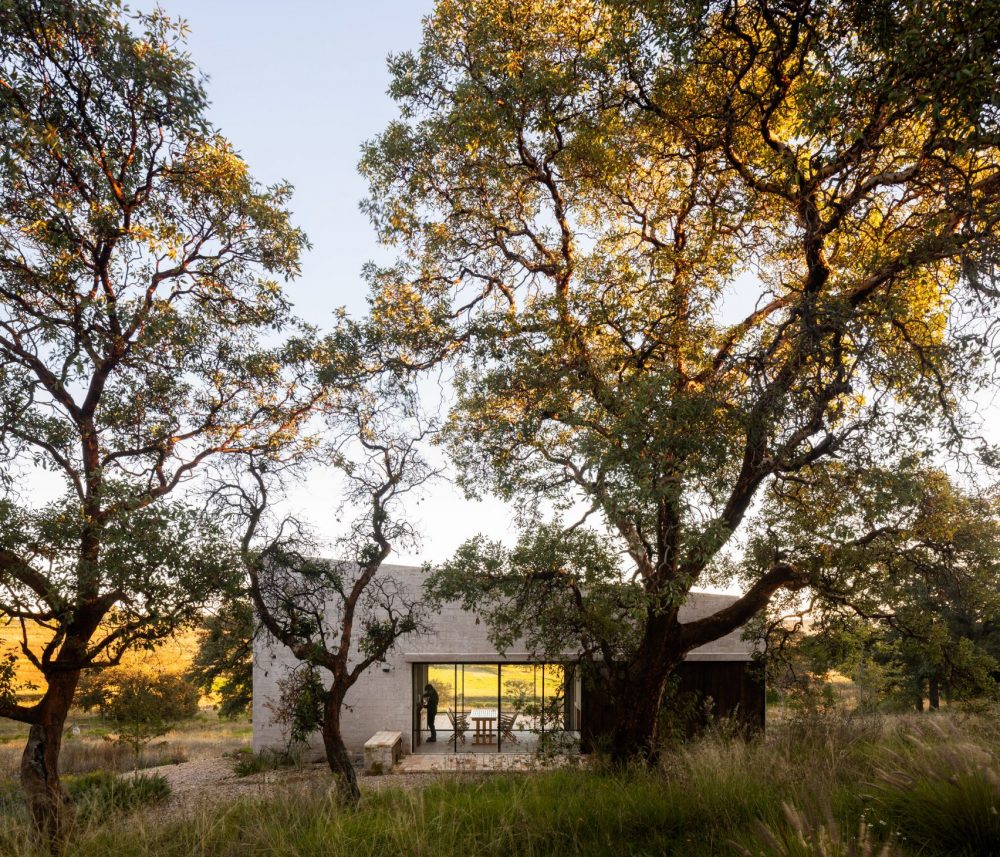 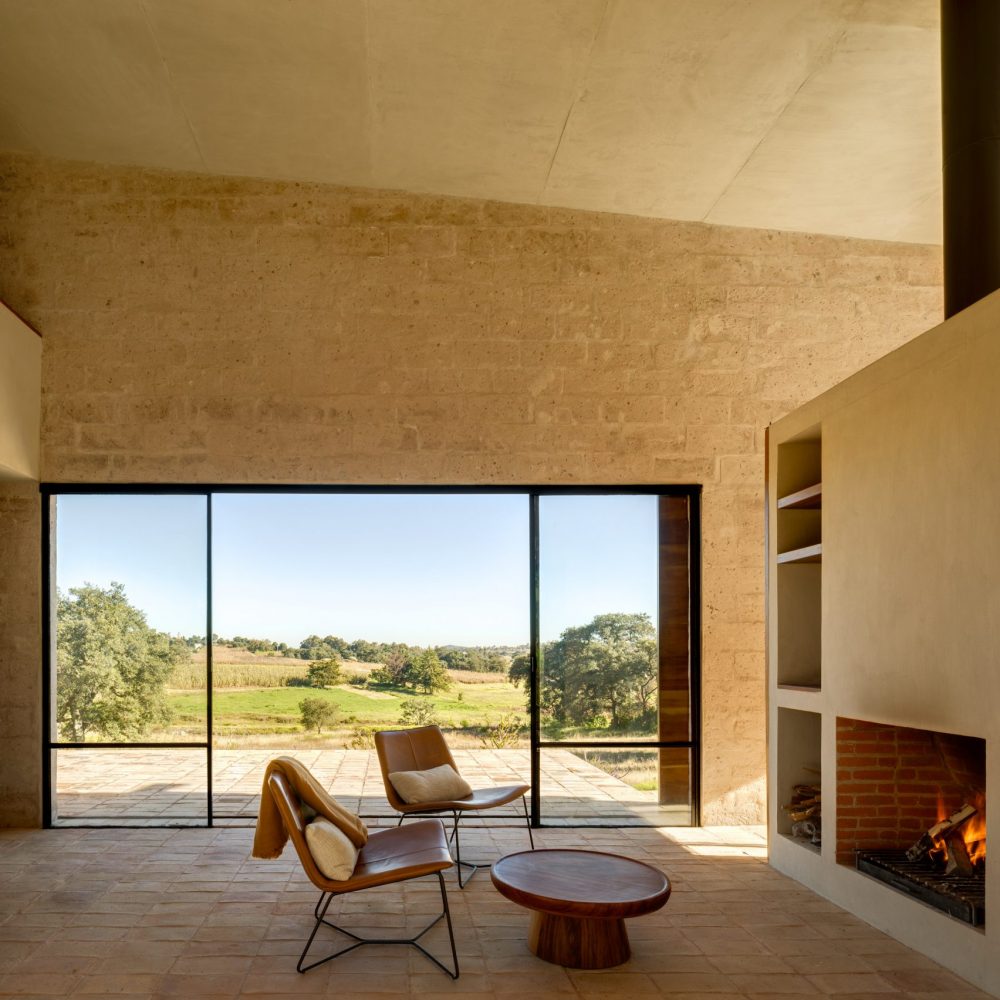 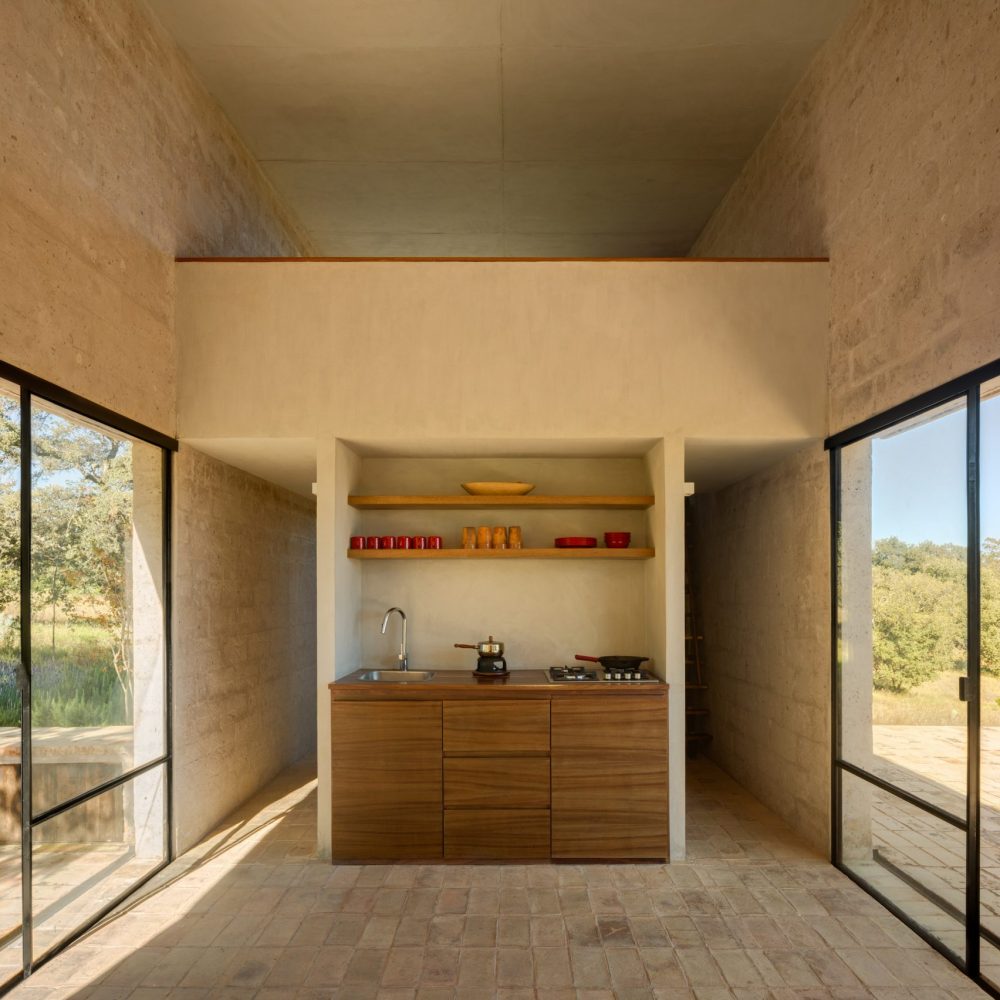 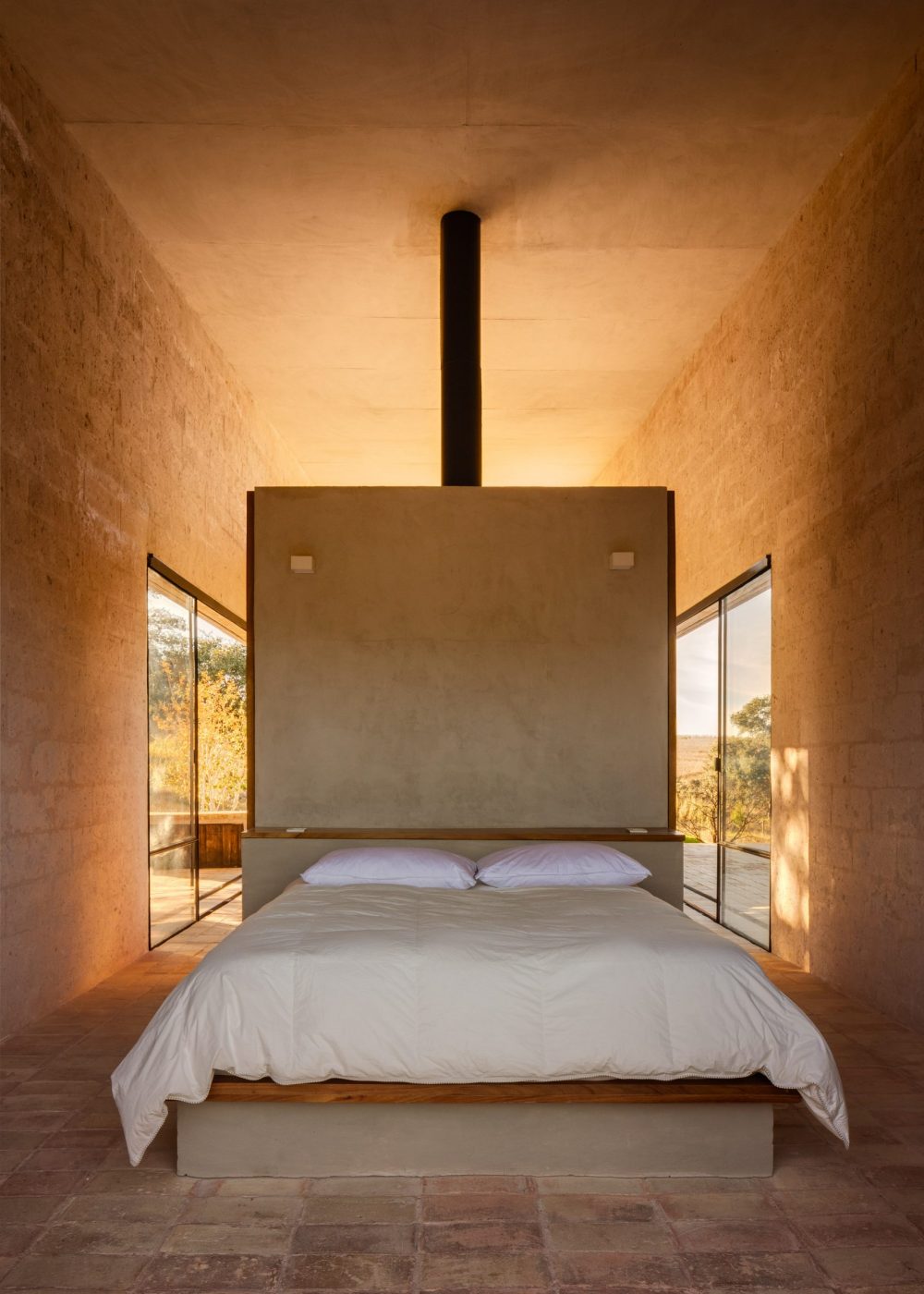 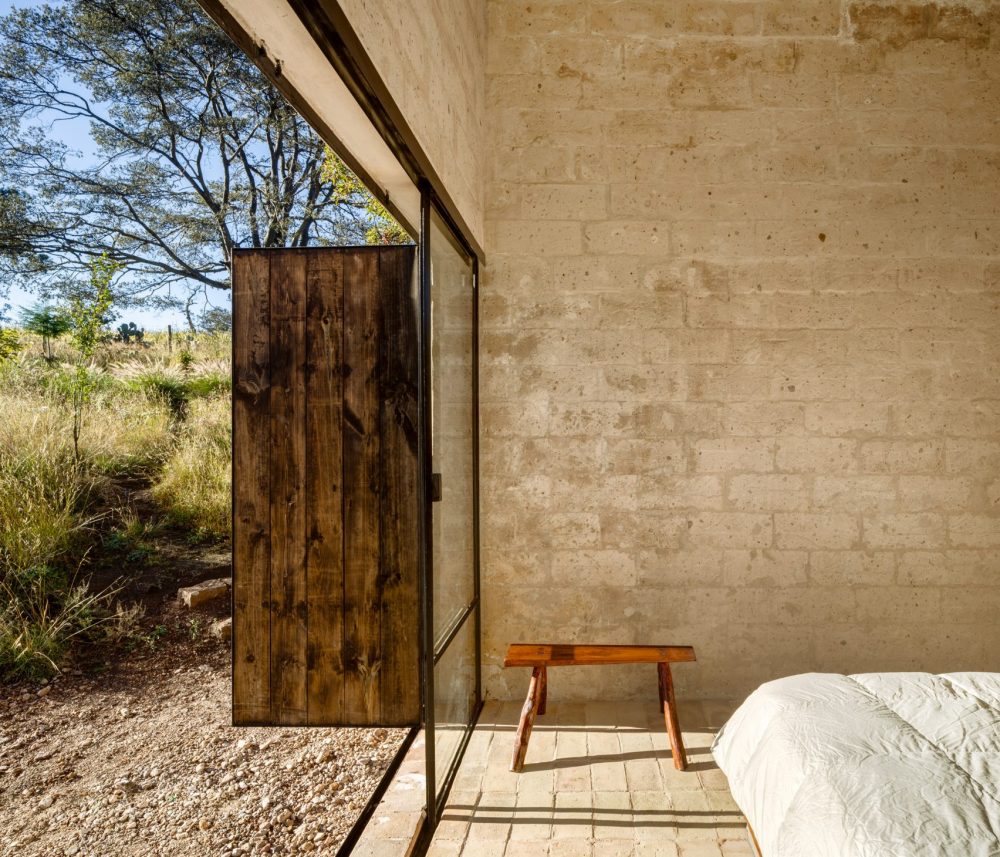 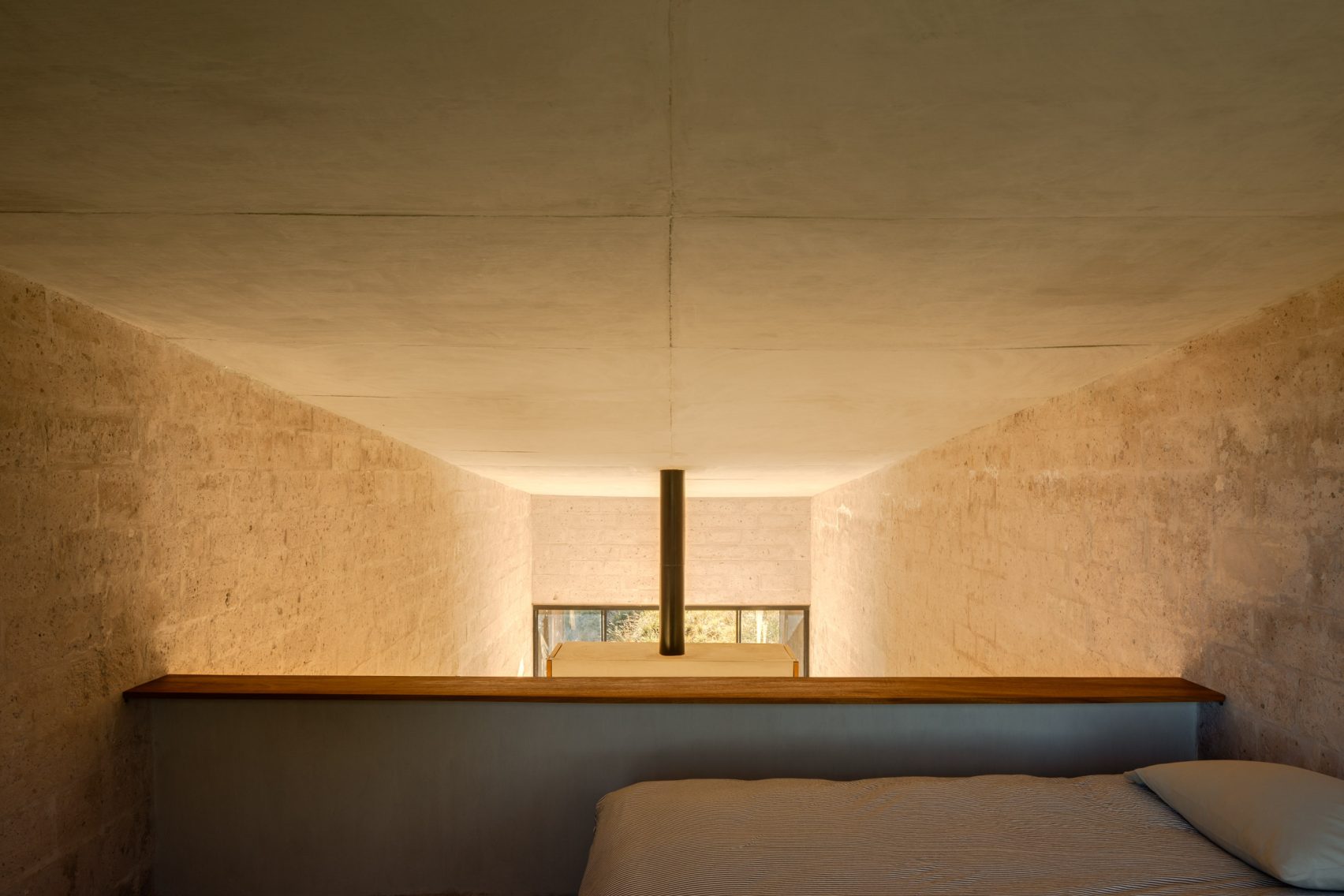 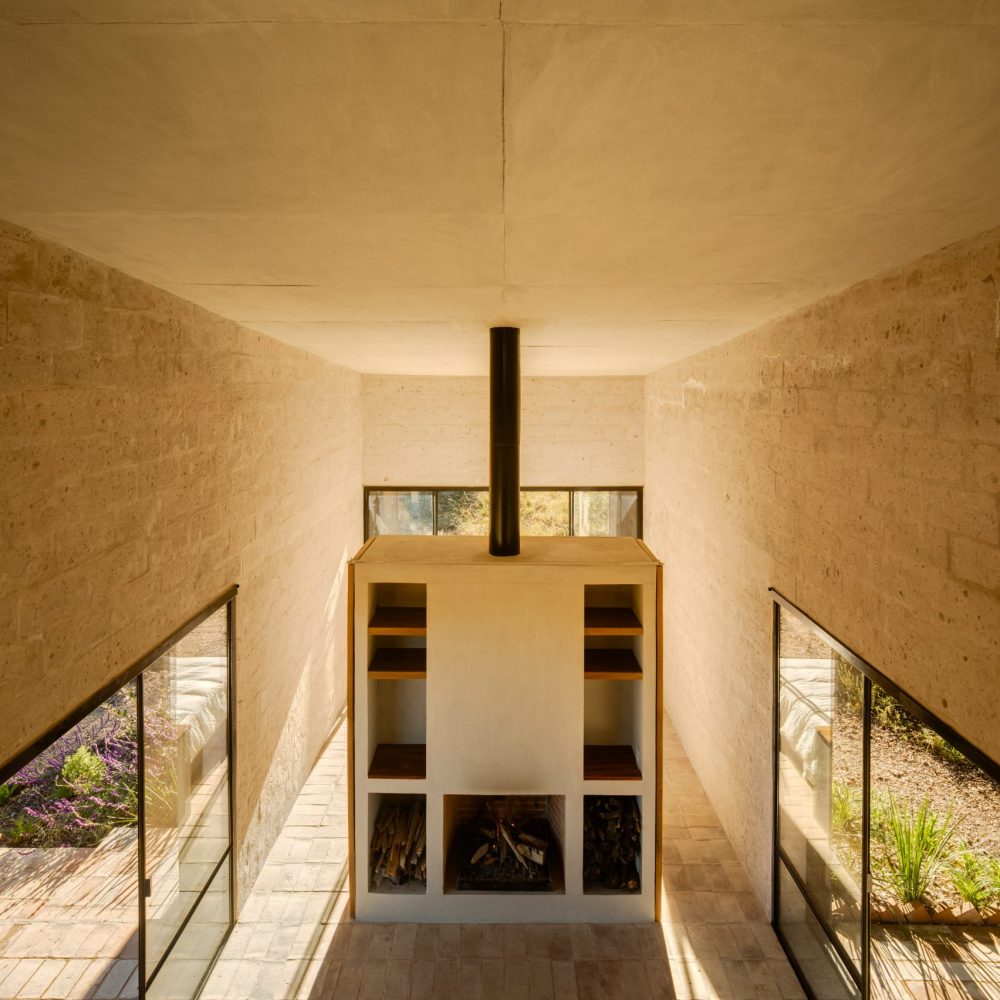 The Alculco Residence really is completely isolated in the middle of nowhere and surrounded by nature and, truth be told, that sounds great to us here at Coolector HQ. This first class piece of minimalistic, contemporary architecture design from PPAA Arquitectos consists of rectangular stone volume with a slanted roof profile that makes space for a mezzanine level at one end. To avoid the need to transport materials, the architects made use of stone blocks from a nearby quarry for the structural exterior walls of the property. 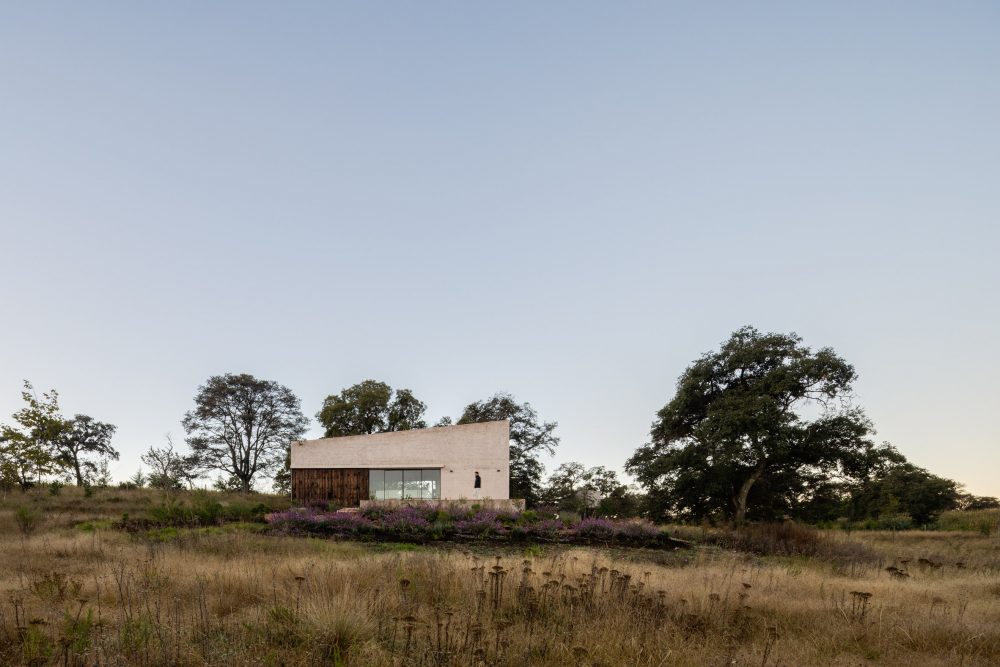 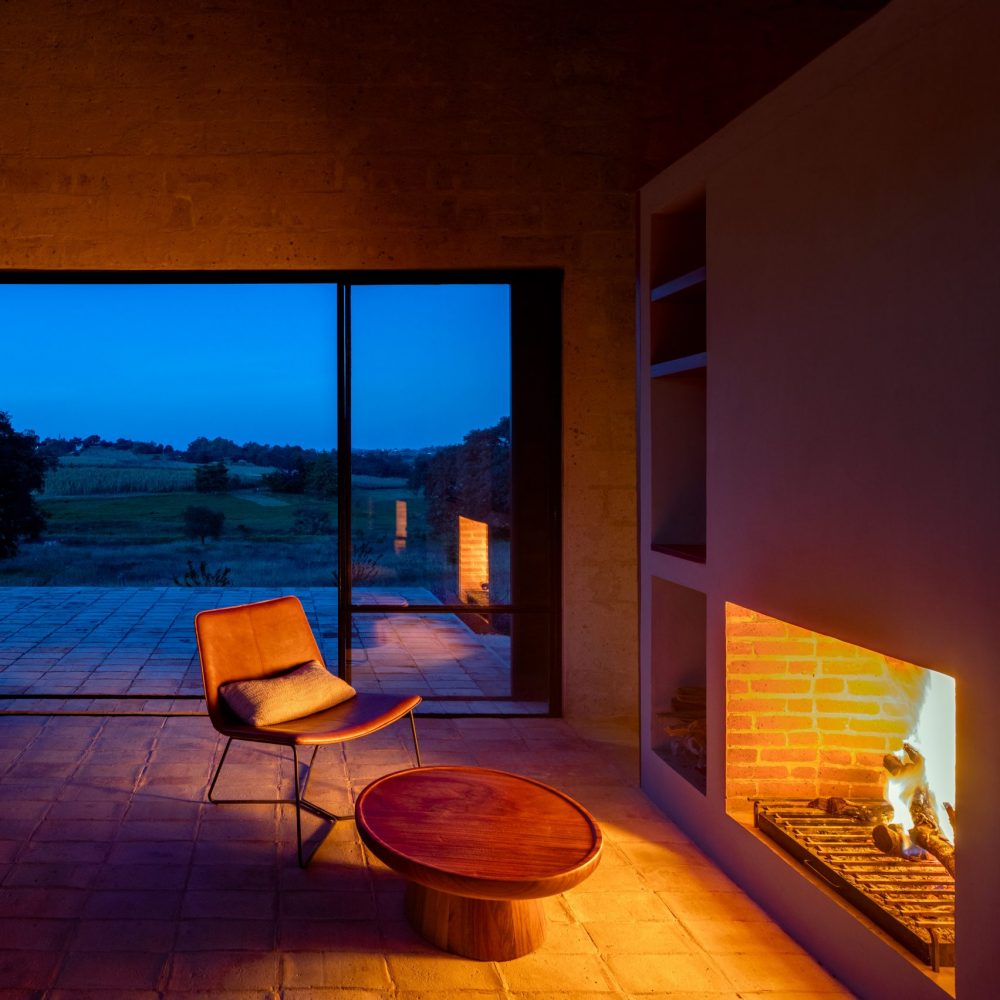 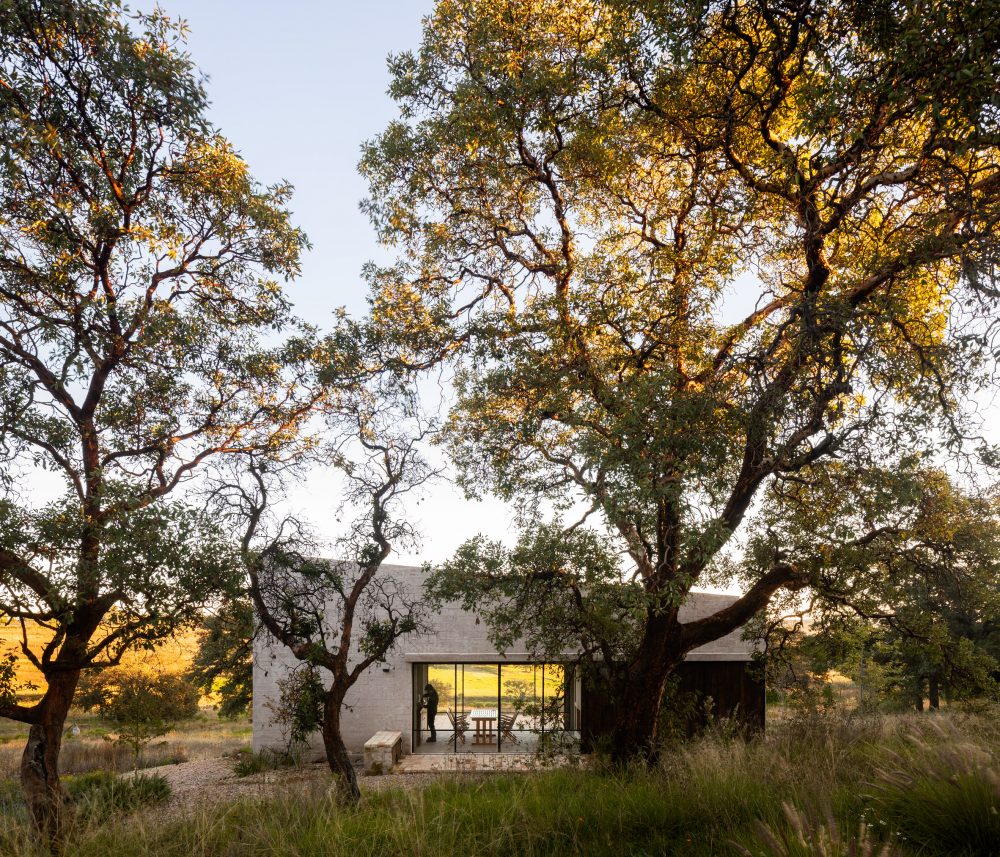 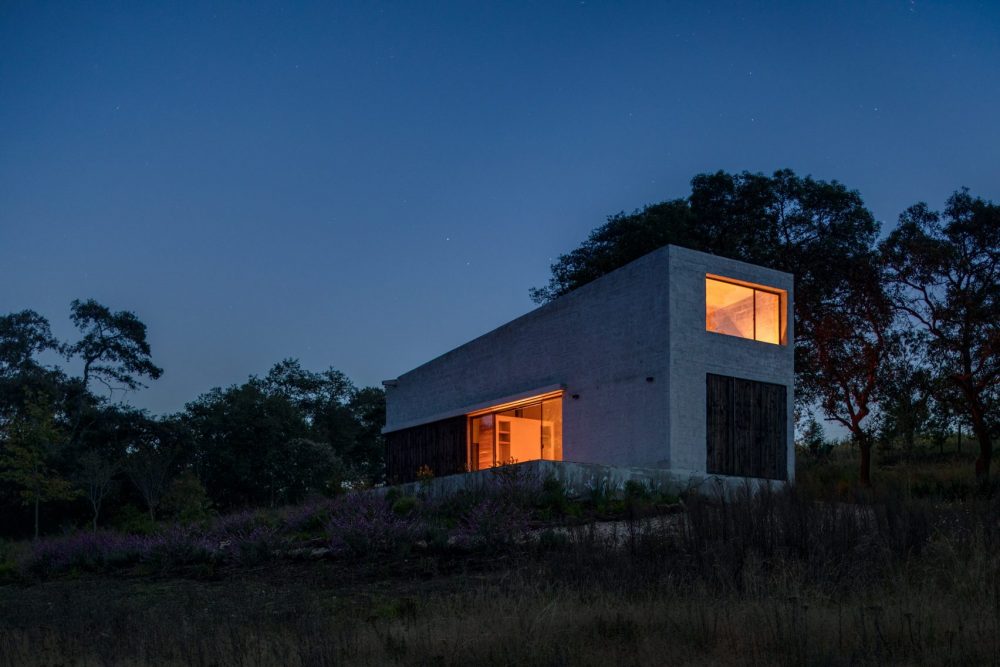 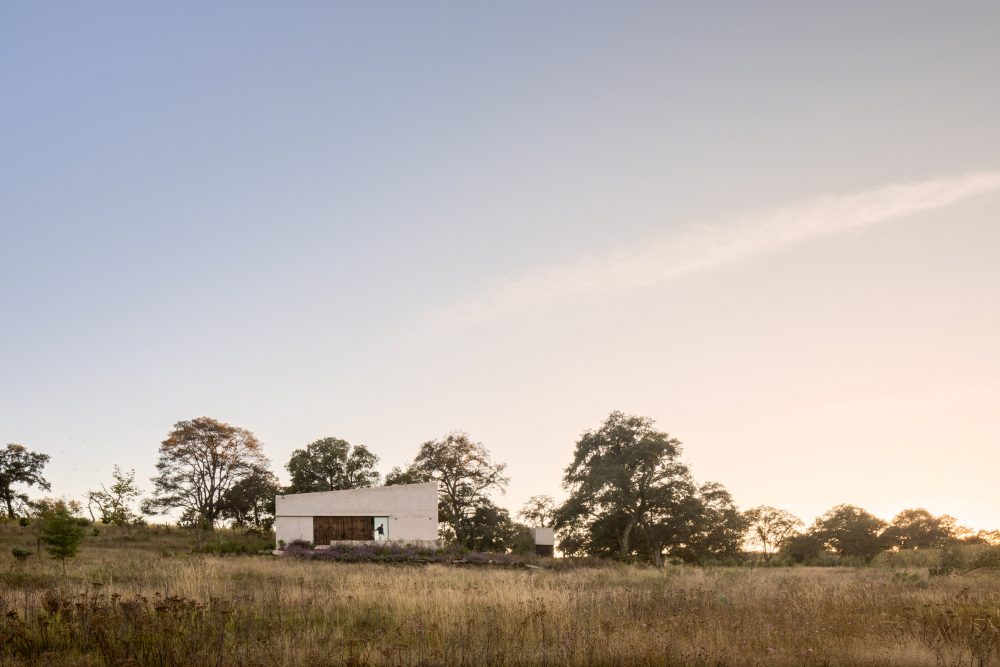 On the inside, the architects chose to use clay for the building’s floors, and local lumber for other elements of the internal build. They left every material in its raw state without covering it and this gives the home a real earthy feel that makes you feel at one with the nature that surrounds it. The property has an extremely simple layout complete free from clutter which is intended to maximise views to the landscape that can be found surrounding the Alculco Residence.

Simplicity at its Finest

It is often easy to overcomplicate matters when designing a property when it is often the case that simplicity is the key to the design working. That is certainly the case with the Alculco Residence in Mexico which simply has two symmetrical glazed doors on the ground level which allow the home to open to the elements and ventilate naturally. Sliding wooden panels can cover the glass, enclosing the space when the owners are away. 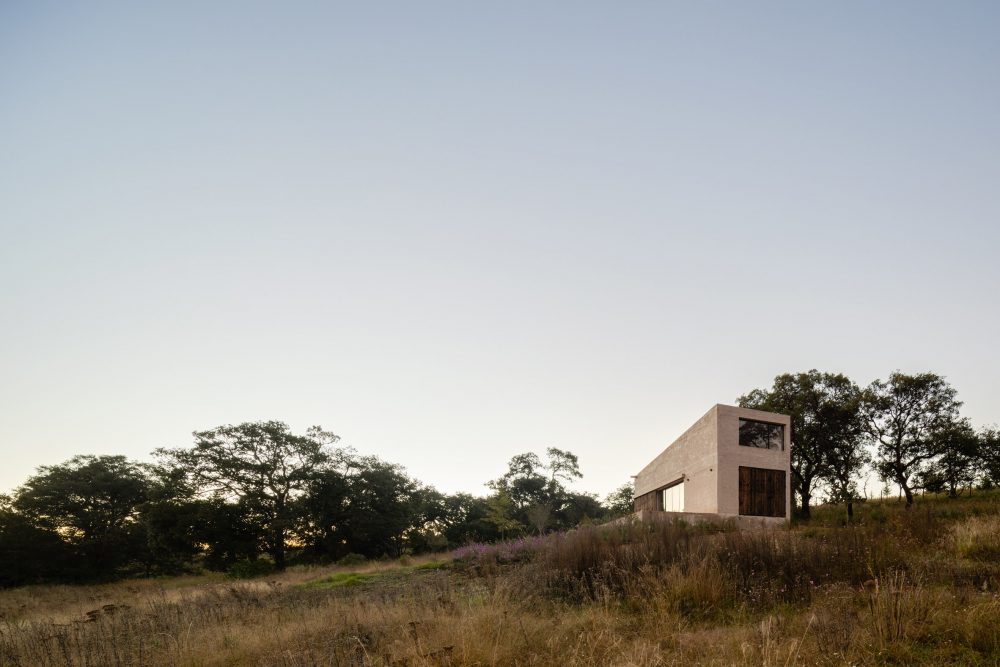 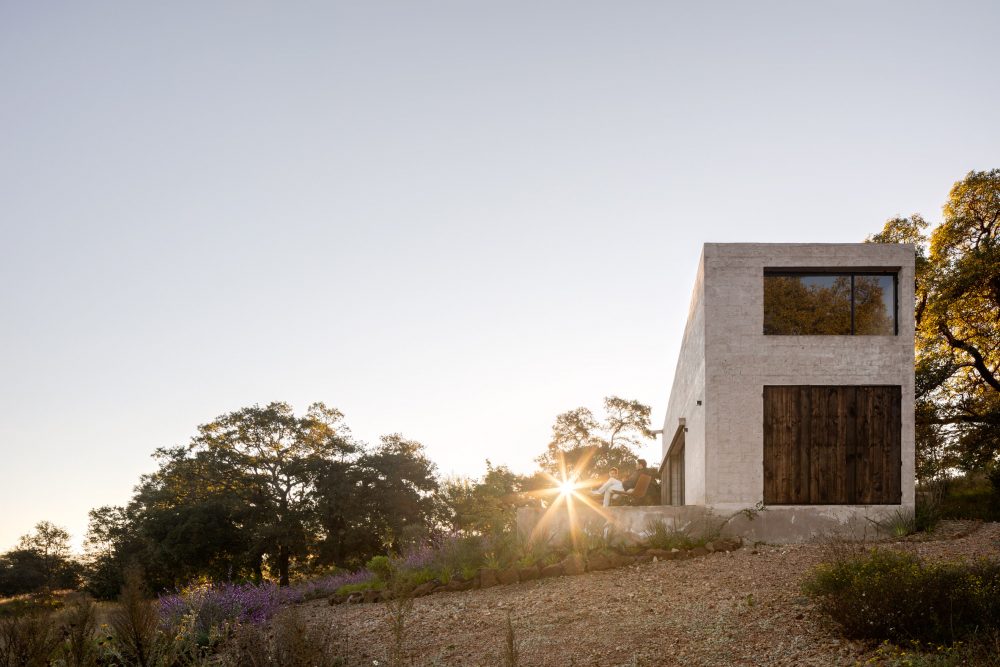 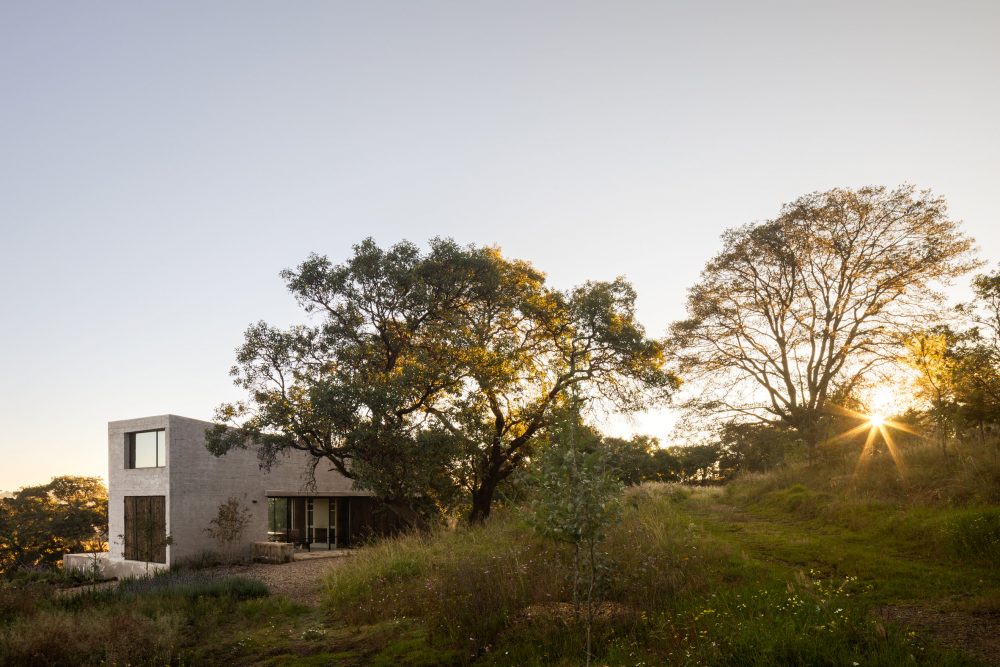 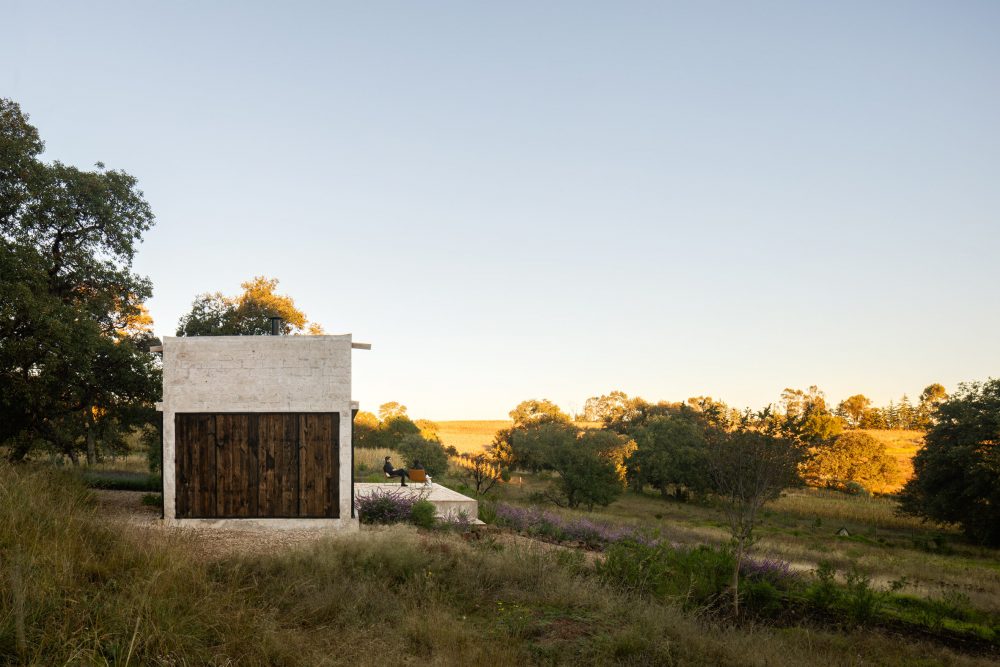 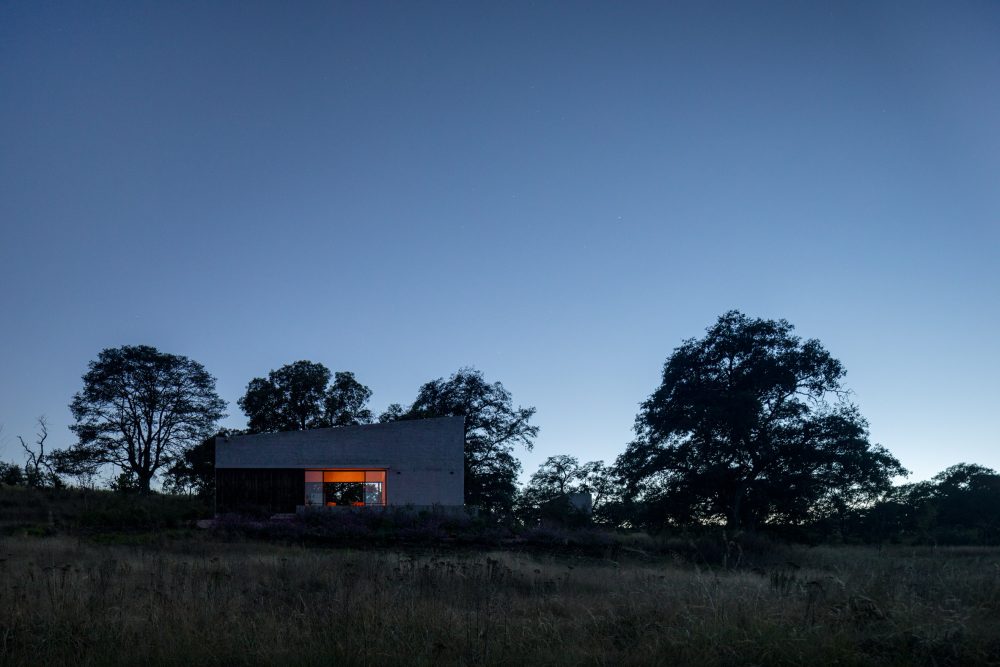 The main living space of Alculco Residence has a rectangular floor plan and the area is bordered on one side by a small built-in kitchenette for preparing simple meals, and on the other by a fireplace with some armchairs in front of it. It doesn’t get much simpler than this but there is something deeply refreshing about the minimalistic nature of this wonderful piece of architecture from PPAA Arquitectos.