Although the Defender can no longer be purchased from Land Rover, specialist builders and customisers all over the world have embraced the Defender, non-more so than the team at regulars on the pages of The Coolector, Arkonik. Another fine example of their talents is witnessed in this glorious looking Barbican Land Rover Defender – an icon in the making.

With more than 200 Restored and Reimagined D90 and D110 models, Arkonik is one of the most influential and celebrated Defender customisers in the world. The BARBICAN D110 is the latest in a long line of ultimate Defender builds.

Part of the Land Rover Defenders fame is its association to its British heritage as a firm favourite of the military and of course the Royal family. The Defender is synonymous with the core values of the monarchy – solid, dependable and ever present – and Arkonik’s BARBICAN D110 latest edition to be Restored and Reimagined is that and much more.

The BARBICAN D110 is fit for a king of any era. Beautifully presented in Bonetti Grey, the V8 Arkonik BARBICAN D110 Land Rover retails at $147k, but anyone considering a Arkonik custom knows that something this unique is to be kept in the family bloodline. This edition benefits from an ARB® Deluxe bull bar, WARN® Zeon 12-S winch KAHN Defend 1983 18” rims, with the celebrated Front Runner® Slimline II roof rack providing practicality for those regal weekend adventures.

Once you venture inside the BARBICAN D110 you realise that Land Rover themselves could never envisage the level of luxury. The interior has been trimmed in Black leather to compliment the Satin Black exterior accents. The wood-rimmed steering wheel is accompanied by alloy door features, and to ensure that the Defender is in keeping with all the modern-day requirements of a 21st Century royal it’s equipped with a Pioneer® infotainment system providing Apple® CarPlay and a reversing camera display.

The reality is the Defender built by Land Rover had many faults. It was a vehicle build for rural functionality and times have changed. From bumper to bumper Arkonik have taken the Defender to the next level with meticulous detail throughout. It’s safe to say we here at Coolector HQ have a deep appreciation of their work and there are few better ways to own a piece of British history than with one of their Defender customs. 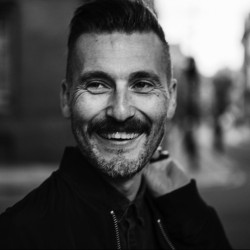