We’ve covered the custom creations of BMW Motorrad a number of times here on the pages of The Coolector and they never cease to amaze us with their iconic looking designs and so it has proven once again with one of their latest offerings – the breathtaking BMW Motorrad Departed Motorbike. This cracking steed is made in collaboration with Japanese motorcycle customising specialist CUSTOM WORKS ZON and boasts an old school aesthetic that is sure to appeal. 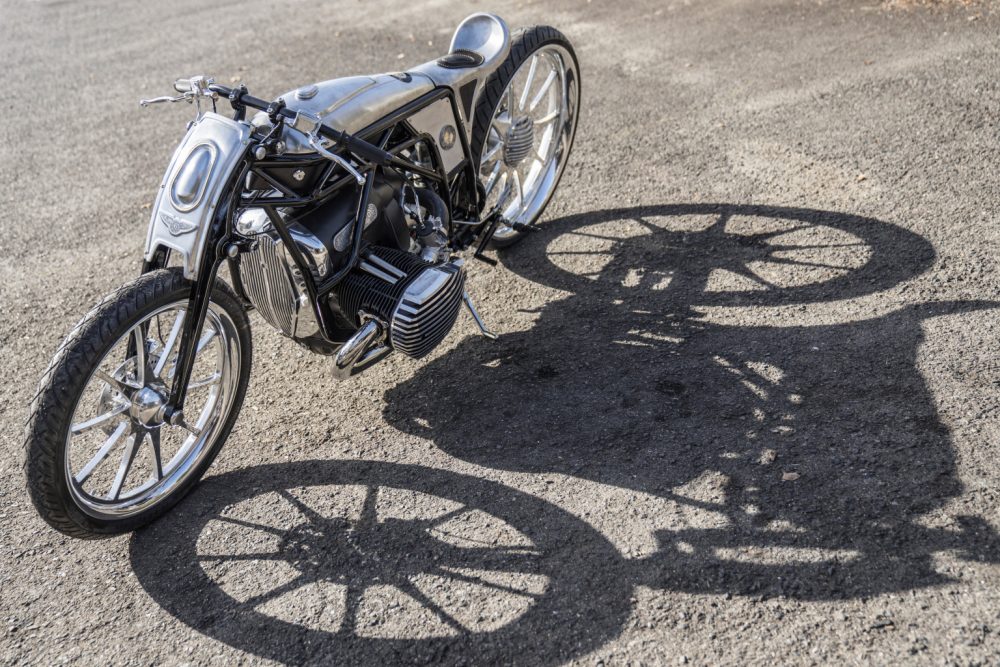 The BMW Motorrad Departed Motorbike has the sort of vintage look and feel that is proving mighty popular today and Japanese workshop CUSTOM WORKS ZON have done a compelling job of creating one of the coolest looking steeds we’ve encountered in some time here at Coolector HQ. This majestic looking beast is a fascinating custom model which was commissioned by BMW Motorrad and at the heart of the machine is the prototype of a completely new boxer engine.

CUSTOM WORKS ZON was founded by Yuichi Yoshizawa and Yoshikazu Ueda in the prefecture of Shiga in 2003 and is world renowned for the impeccable calibre of their spectacular creations. The custom builders are regularly invited to established shows in the customiser scene such as “Mama Tried Show” in Milwaukee, “The Hand Built Motorshow” in Austin and the “Brooklyn Invitational”. The latest offer, the Departed Motorbike, has been made in collaboration with BMW Motorrad and might just be one of their finest looking to date. 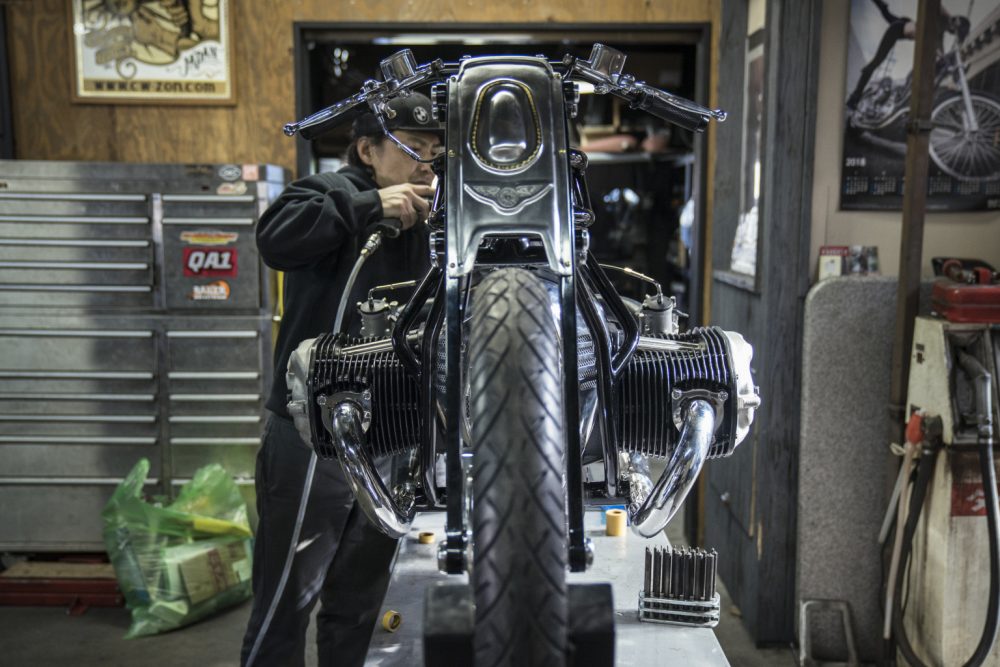 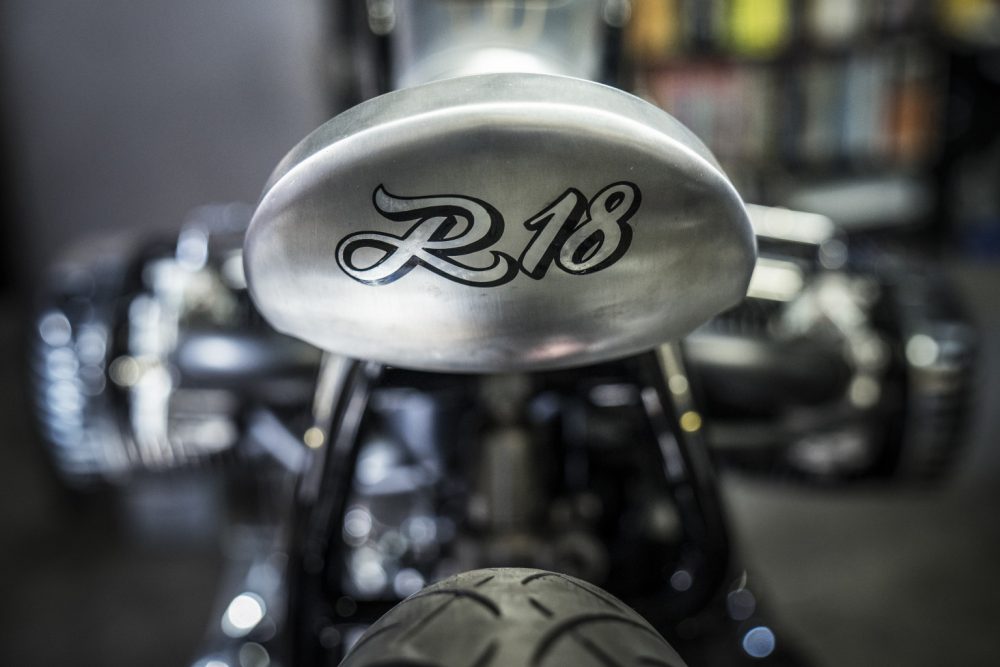 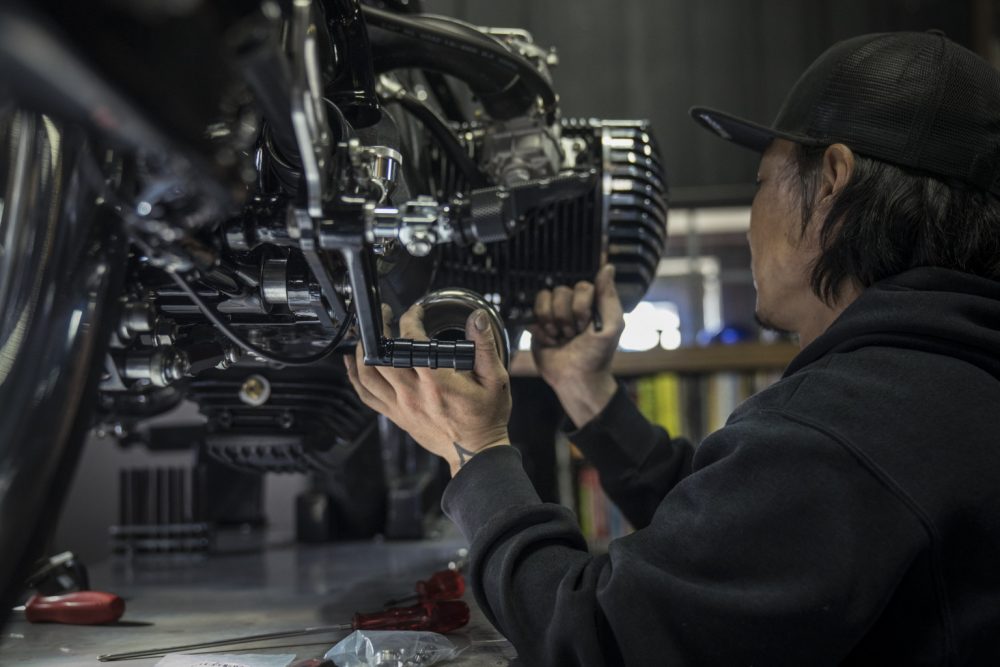 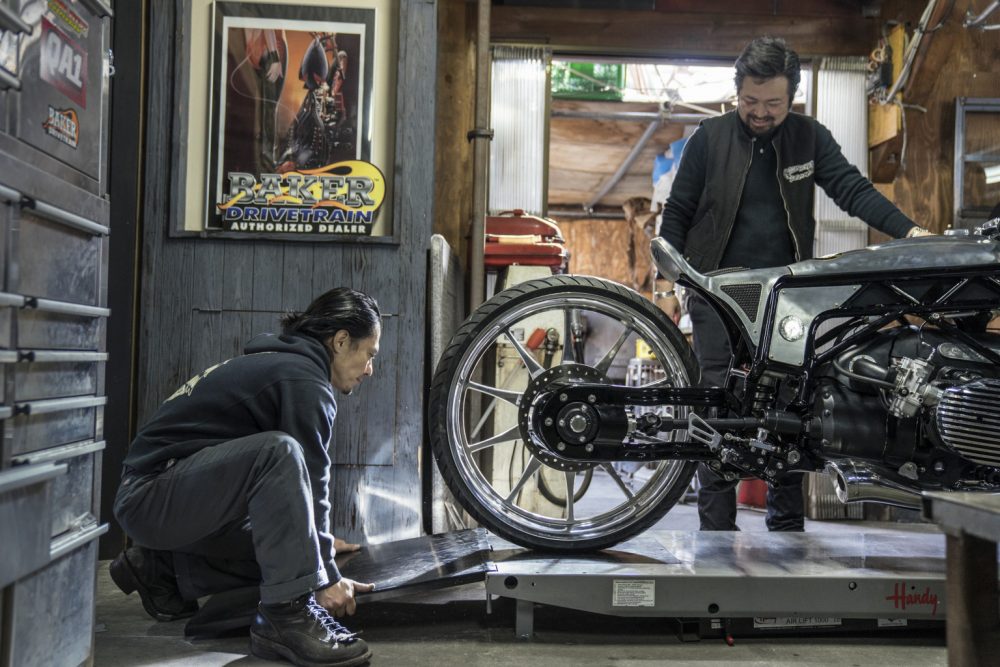 The BMW Motorrad Departed Motorbike is something that CUSTOM WORKS ZON viewed as a great honour and a considerable challenge to be able to build a motorcycle around the prototype of such a spectacular new boxer engine for one of the most tradition-steeped manufacturers in the world. This phenomenal looking machine has external geometry and visible elements like the push rods running above the cylinders in chrome-plated protection ducts and these evoke memories of BMW Motorrad boxer engines that were built until the late 1960s – but but they have been bought into the 21st century with larger capacity and a modern air/oil cooling. 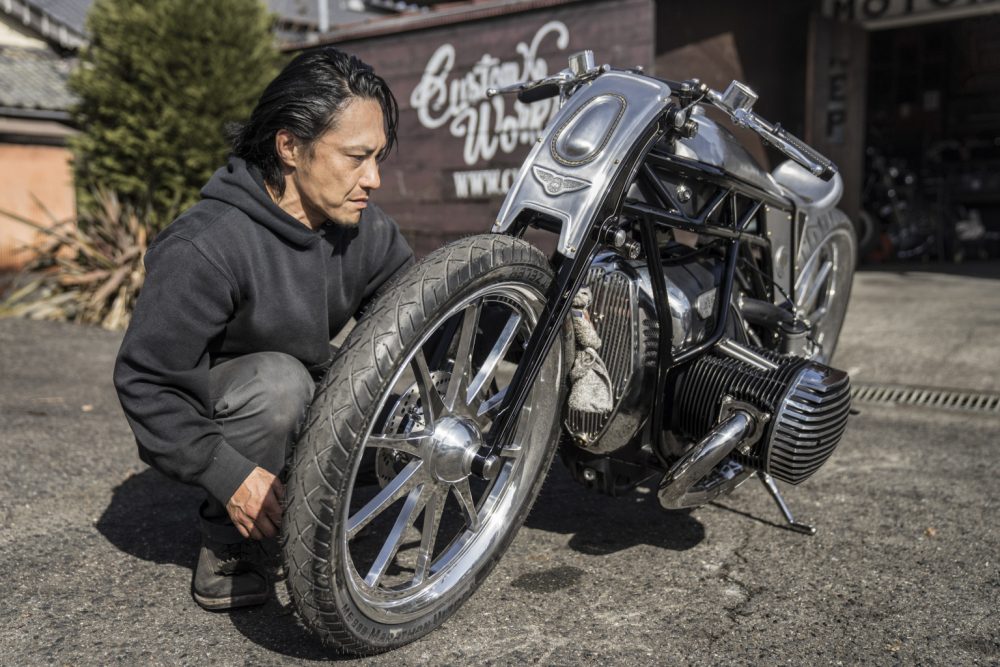 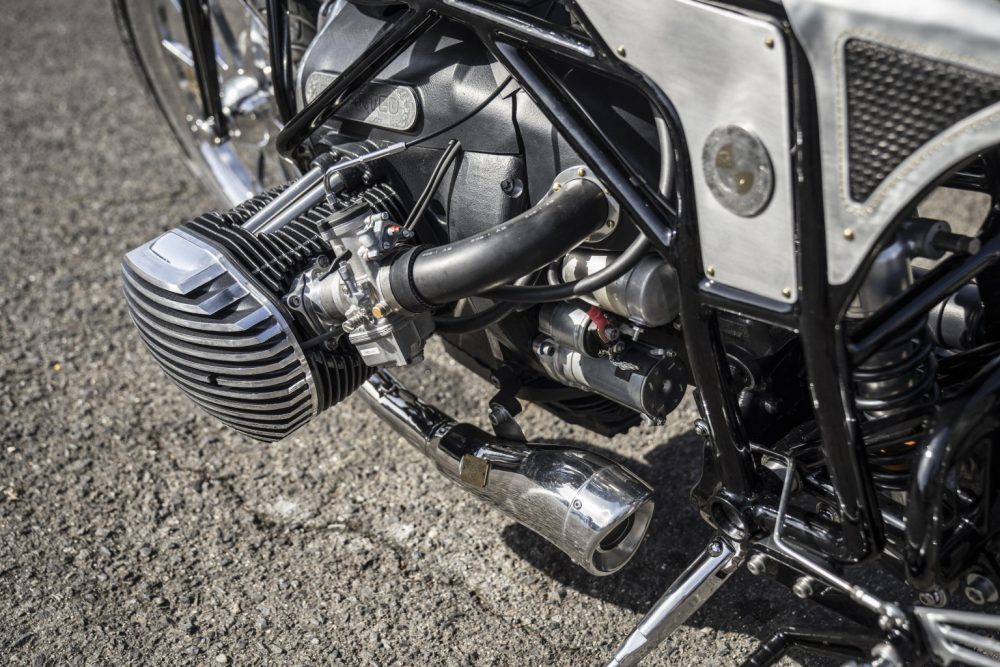 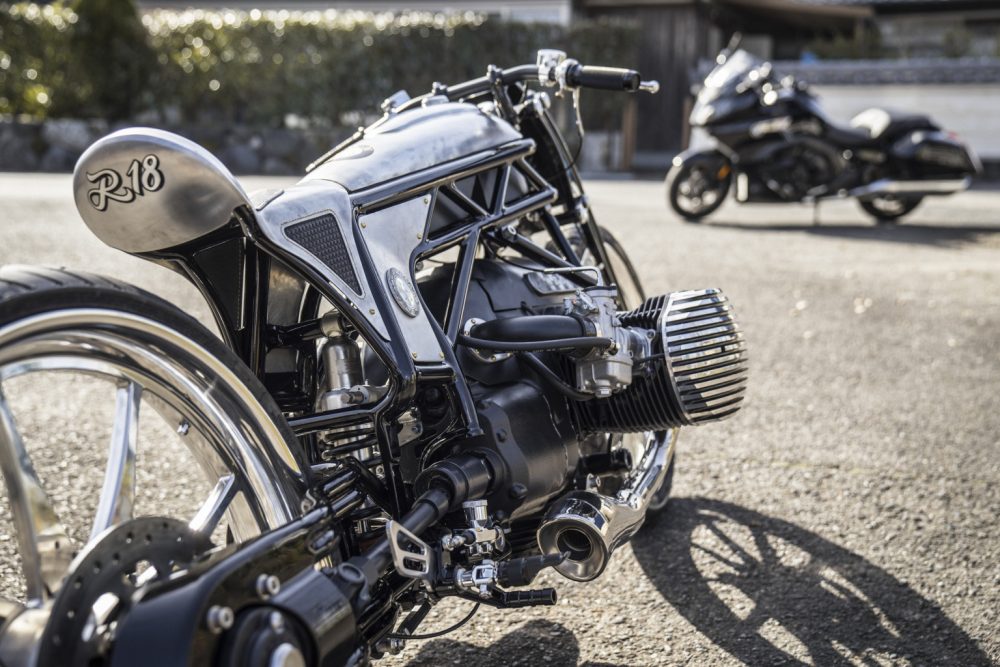 CUSTOM WORKS ZON have their own distinctive design aesthetic and this has positively shone through with the Departed Motorbike. This first class creation has classic styling, contemporary production methods and an abundance of craftsmanship in the detail – which have all been made to the most exacting of Japanese quality standards. The very low silhouette of the bike is reminiscent of Ernst Henne’s record-breaking machines of the late 1920s and 1930s and provides a striking vintage visual impact.

Making Waves in the Industry

Such is the quality of the creations from Japanese workshop, CUSTOM WORKS ZON, they are already making considerable waves within the industry and, needless to say, the buzz surrounding the Departed Motorbike in collaboration with BMW Motorrad is considerable. This superb looking ride earned the prestigious “Best of Show Motorcycle” award which is the highest honor at this year’s Hot Rod Custom Show. 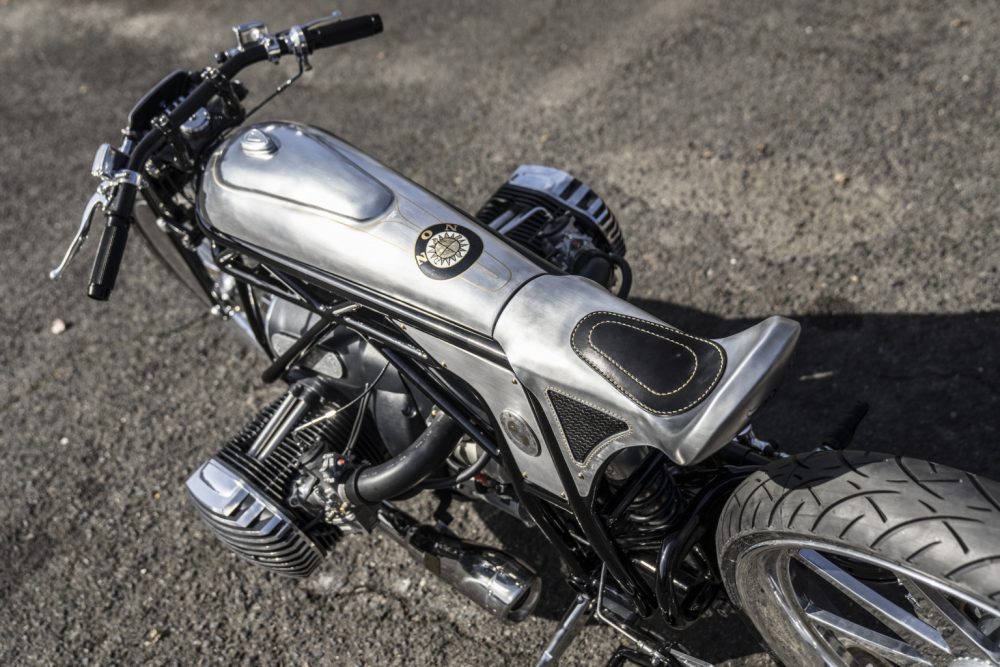 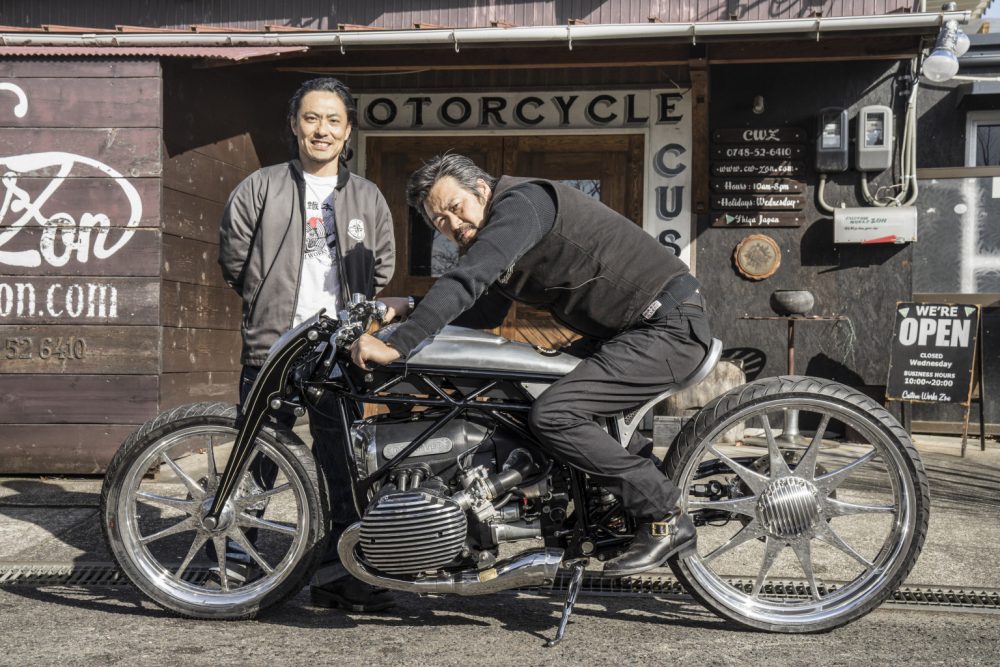 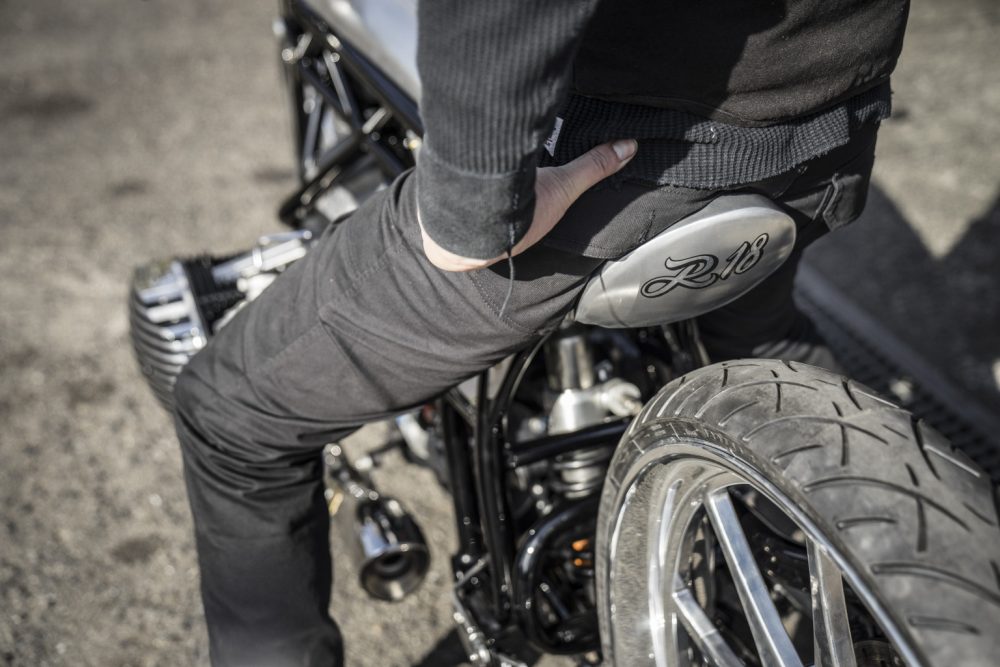 We love when BMW Motorrad get involved in creating custom machines because the end results are always amazing but none more so than this mesmerising Departed Motorbike from CUSTOM WORKS ZON in Japan. A truly magnificent looking creation and one that really showcases the design talents of the Japanese workshop and the prowess of the new Motorrad motor.

Written By
Leo Davie
More from Leo Davie
We often spend our time in search of adventure here at Coolector...
Read More