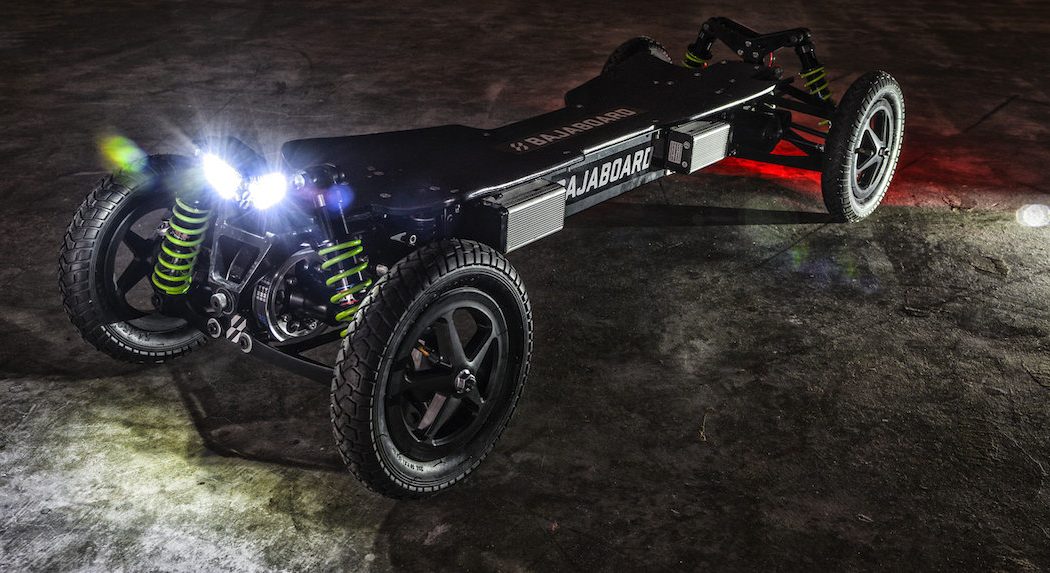 Now, we’re not saying we condone the use of steroids here at Coolector HQ but it’s fair to say that the amazing looking BajaBoard looks a lot like a weedy skateboard that has gone a little OTT on the roids and the end result is a contraption that looks as death-defying as it does awesome.

The BajaBoard is best described as an extreme, off-road skateboard and for those of you that want to dominate the skatepark, this is likely the steed for you. Robust, high-performing and as striking as it gets so far as skateboards are concerned, it’s little wonder that the BajaBoard is proving mighty popular amongst the extreme sports community.

The first thing that immediately stands out with the BajaBoard is the immense power that it possesses and just how capable it is of conquering even the roughest looking of terrains. You might think you’re asking too much of your BajaBoard when you take it out to tackle the likes of woodland terrains and dirt tracks but, truth be told, it is an all-terrain vehicle that is capable of handling pretty much any you can throw at it. 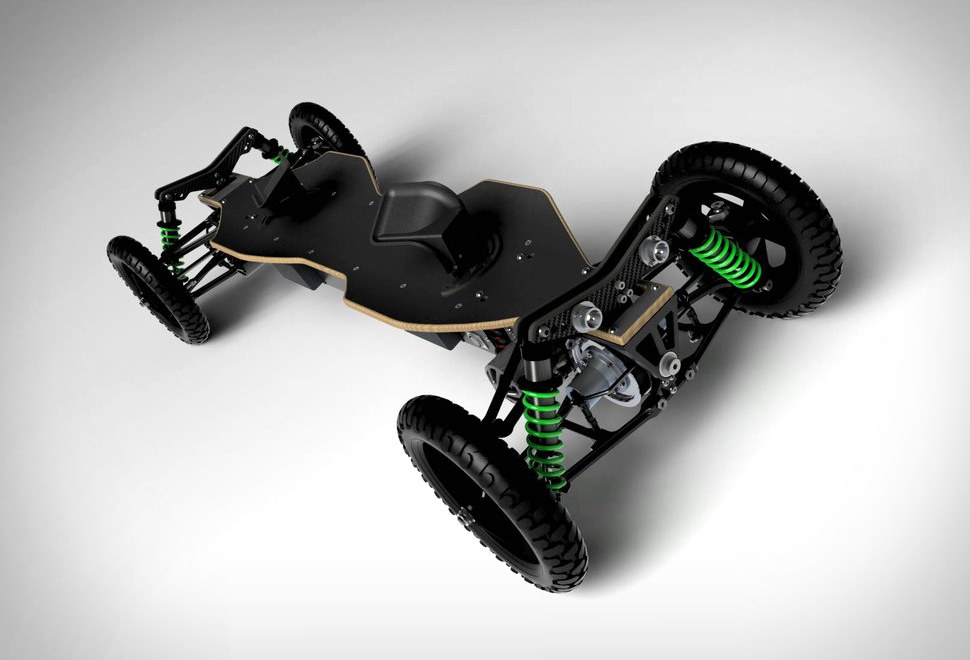 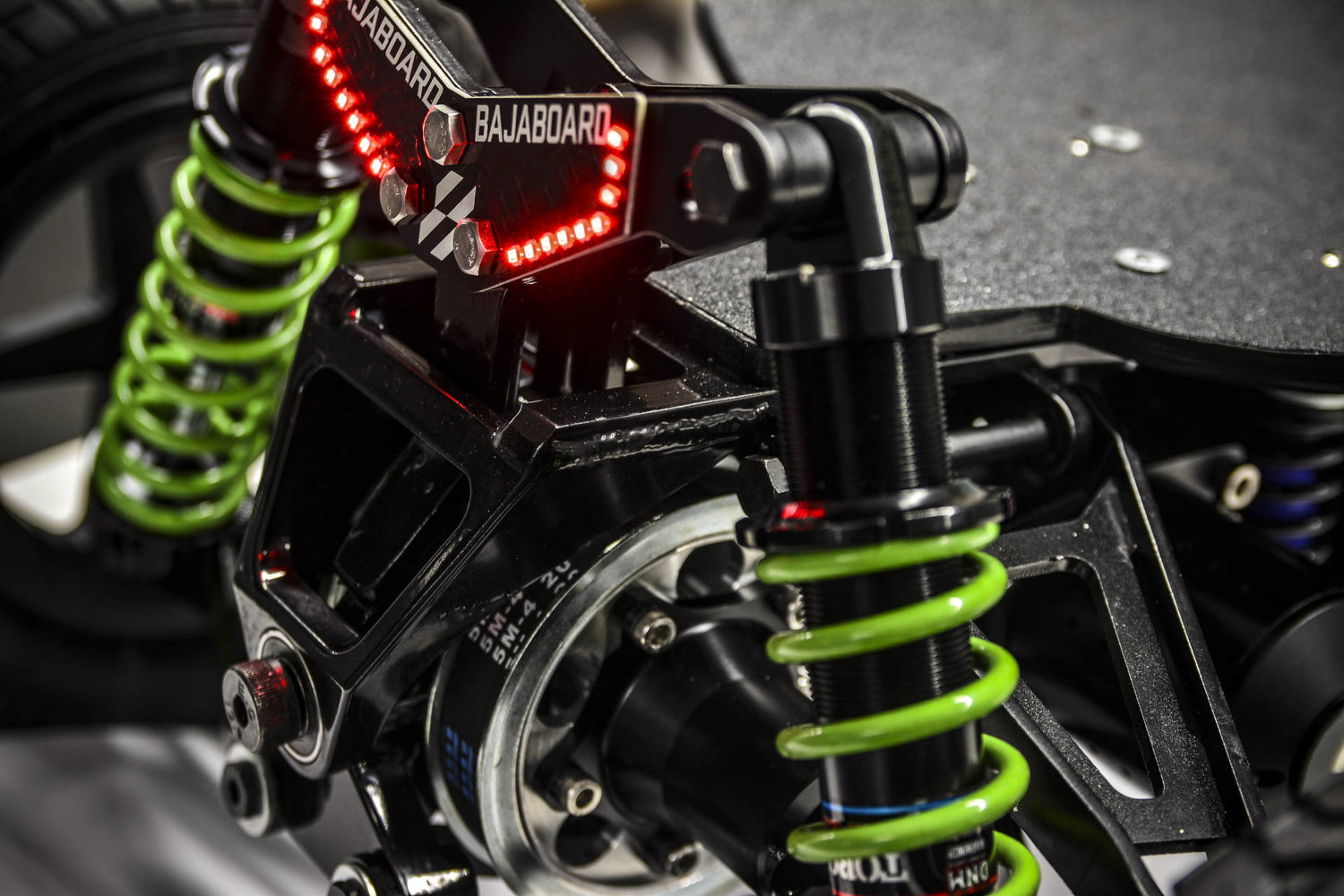 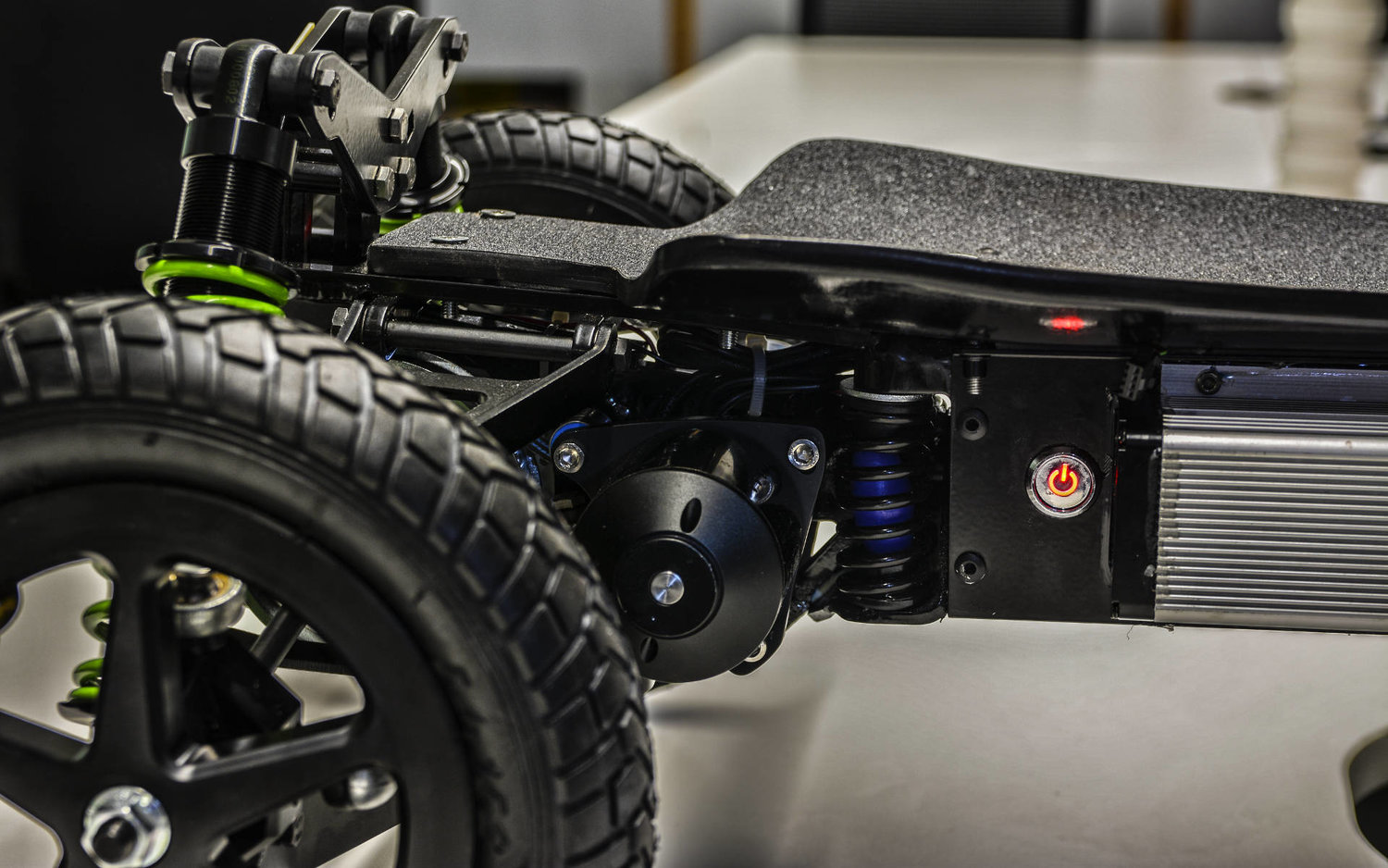 With a 4WD design and speeds reaching up to 31MPH, the BajaBoard is one thoroughly impressive contraption and one that very much looks set to take the skateboarding world by storm. Taking its design inspiration from the Baja100 Rally, this cracking machine boasts a totally independent suspension and steering system – which is important for handling the sweet jumps that you’re going to want to pull off – and a “DWA” for added stability when travelling at top speeds and easy drifting during turns. 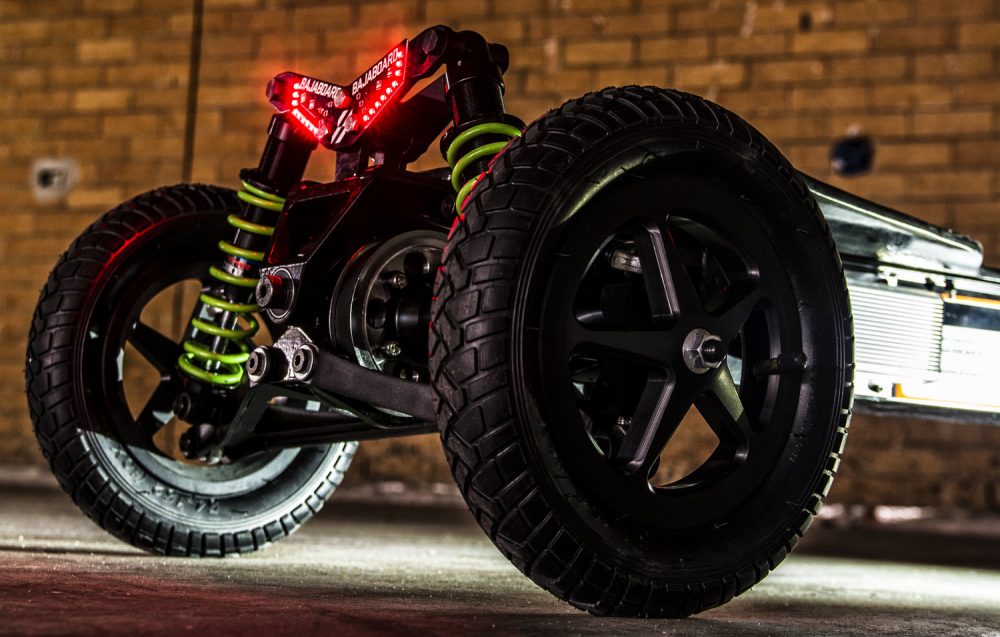 The BajaBoard, as mentioned, has a top speed of 31mph (50kph) but this is also coupled with a 18+ mile range so you’ll be able to enjoy it for a while before it needs charging up again. Each board comes with either a 600Wh or 900Wh Li-ion battery, incredibly robust 10 inch pneumatic tires and an LED headlight and tail/brake light for enhanced visibility at night. For the data lovers out there, you’ll be pleased to hear it also has a wireless controller with LCD screen that delivers data in real time such as speeds, battery levels and throttle percentage.

Given the number of noticeable enhancements the BajaBoard has in comparison to a conventional skateboard, you’ll not be surprised to hear that it’s considerably more expensive as well. With the top range model clocking in at around $3000, it’s no small investment but the sheer amount of enjoyment and adrenaline soaked action to be had aboard this magnificent contraption ensures its an investment worth making. 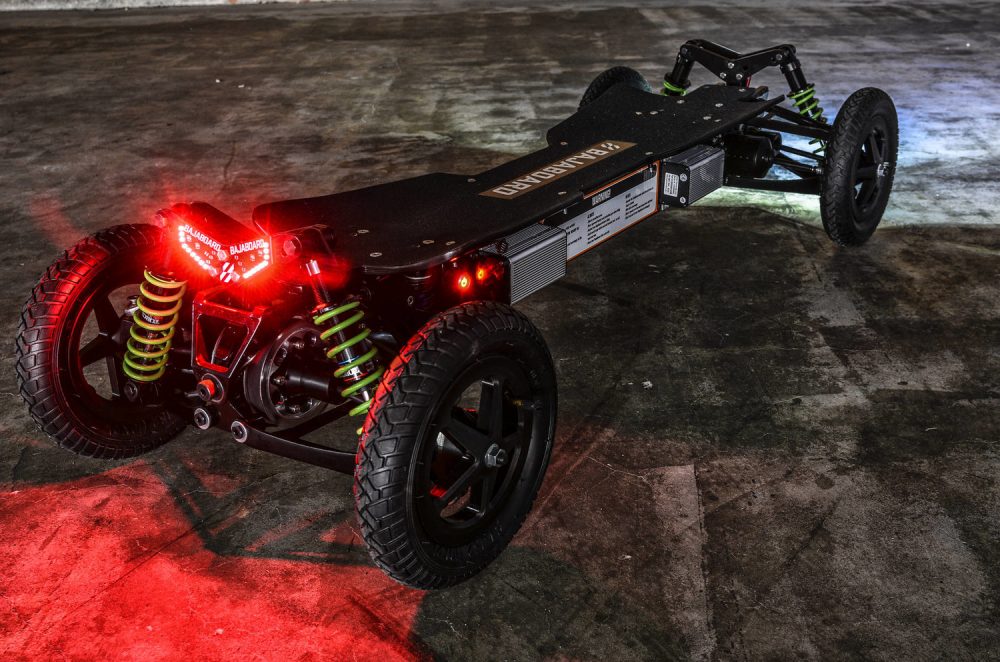 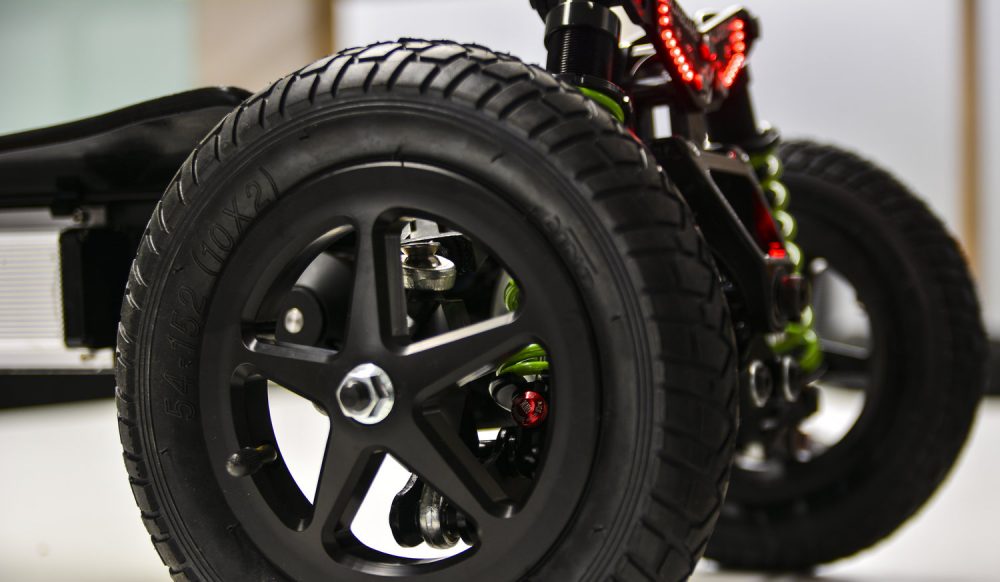 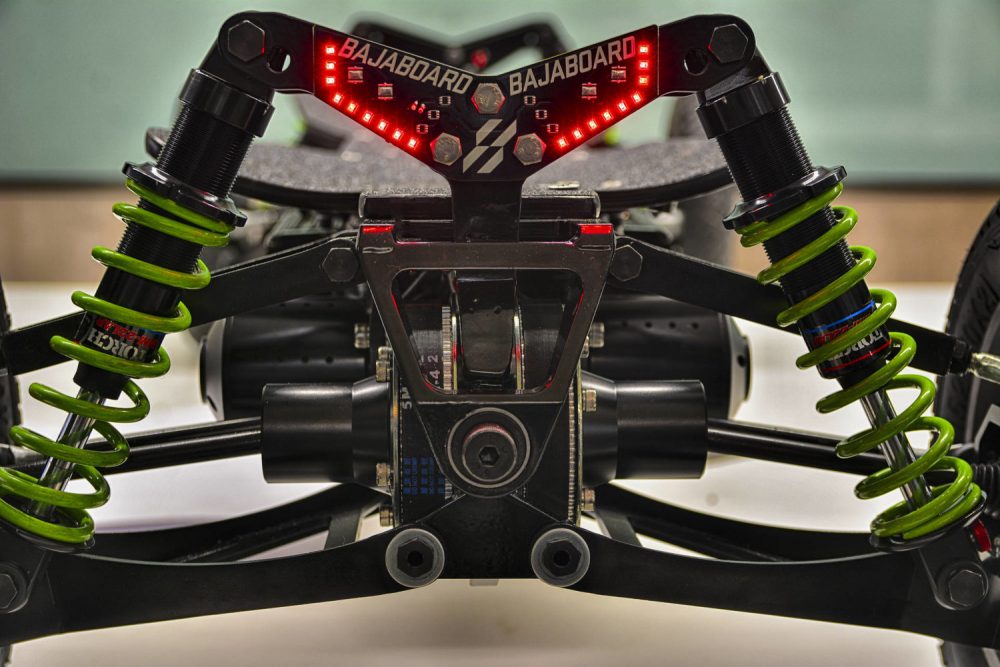 So, for those of you on the hunt for a new means of potentially heinously injuring yourself in style in 2017, you can’t go wrong with the amazing looking BajaBoard and we’re definitely hoping that we can get our hands on one here at Coolector HQ and reacquaint ourselves with a little thing called gravity. 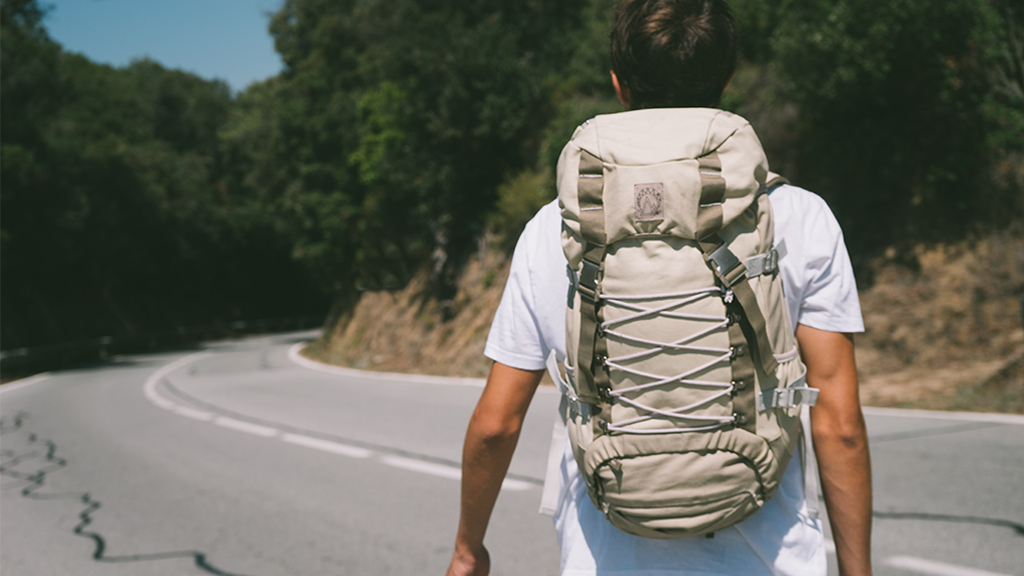 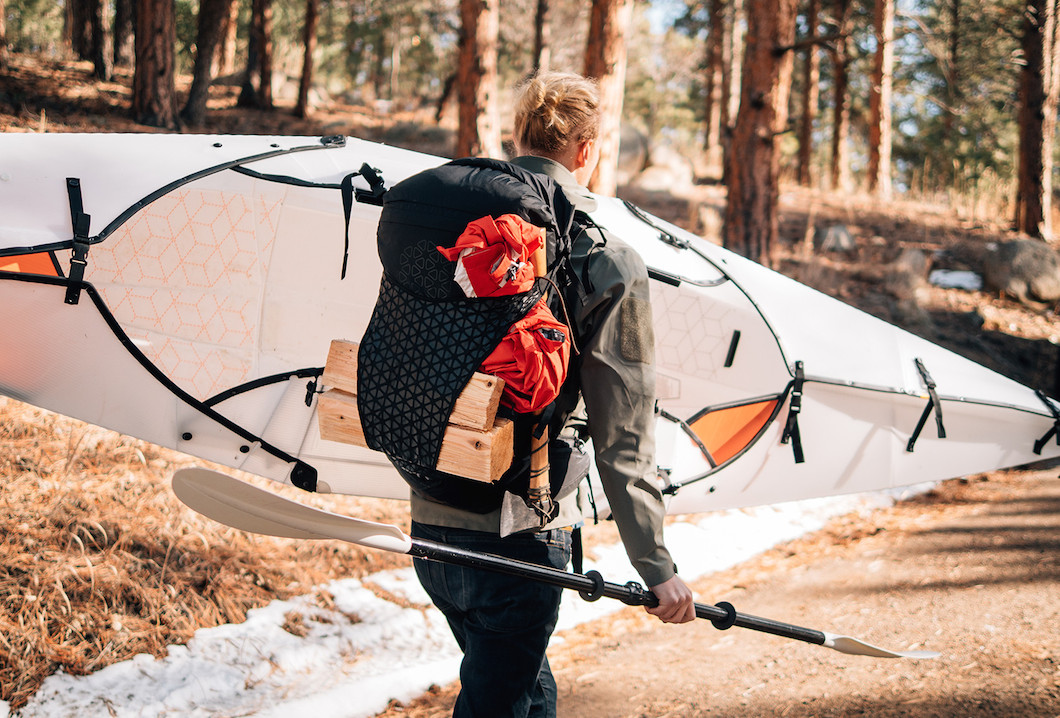