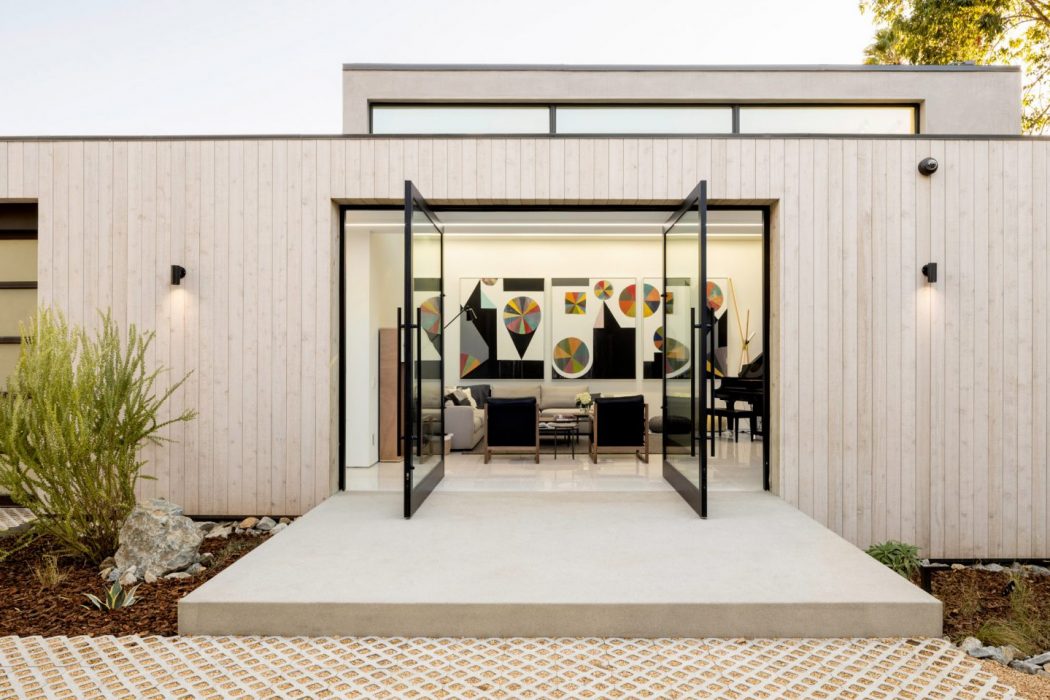 It is often the case that when architects design their own houses, they pull out all the stops and deliver something that bit out of the ordinary and that’s certainly the case with the Bridge House from American architect, Dan Brunn. This glorious piece of architecture is located in California and has plenty of standout design features which really showcase the talents of the designer, Brunn, and it is a long, slender home that stretches over a brook on a wooded plot of land.

Extremely contemporary from an aesthetic point of view, we’re loving the Bridge House here at Coolector HQ and it’s clear to see it has been a real labour of love for Dan Brunn, the architect behind its creation. It is located on a one-third acre property in Los Angeles’ Brookside neighbourhood, which dates to the 1920s, and its remote looking setting adds to the appeal even further. This glorious property serves as Brunn’s full-time residence and a demonstration of innovative systems and forward-thinking processes.

Rectangular in design, Bridge House is 20 feet wide by 210 feet long (six by 64 metres) so it has an impressive amount of floor space to play with. A large portion of the property, measuring 65 feet (20 metres) in length, acts as a bridge over a natural stream, which is where the house gets its name. By building the home atop the water, Brunn was able to deliver a spacious property that treads more lightly on the earth and has a supremely striking design aesthetic.

The Bridge House from Dan Brunn has an innovative design that makes the most of its unusual setting. The bridge aspect of the design allows for less land to be disturbed by the footprint of the property which, in turn, means less impact on its immediate physical environment. The look of the home is heavily influenced by a visit to the Breakers mansion in Rhode Island – a late 19th-century building designed by architect Richard Morris Hunt for the Vanderbilt family.

Brunn was particularly taken aback Breakers Mansion’s elongated motor court. It served as the catalyst for his idea to eliminate the traditional front and rear yards on a suburban property, and to reorient the house so it stretches from front to back rather than across the site. The long profile of Bridge House is not fully apparent from street level, as it stretches deep into the property. It has been designed to blend with the green surroundings and the home has exterior walls clad in pale cedar boards.

There is plenty of living space within Bridge House to be appreciated. The public areas of the home, which make up the front portion of the property, includes a living room, dining room, kitchen and den for rest and relaxation. The private zone of Bridge House, which is set farther back, consists of a master suite, a bedroom with an en-suite bathroom, and two further bedrooms with a shared bathroom.

The lower level of the home boasts a spectacular pool house with a game room and shower, which overlooks an impressive, infinity-edge swimming pool. The pool’s water is heated via photovoltaic panels on the roof, which help generate energy for the entire dwelling. Dan Brunn has certainly hit an architectural home run with his own house.

When it comes to our everyday carry here at Coolector HQ, we definitely lean towards a minimalist aesthetic but also want accessories that offer… 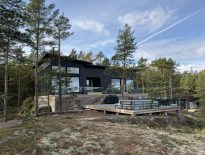 Design House on the Rocks 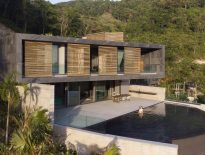