For anyone who has ever played the guitar, you’ll know only too well the desire to want an instrument that stands out from the crowd a little with its design or a unique backstory. Well, the mesmerising Bushmills x Lowden Black Bush Edition Guitar gives you both and we’re loving the breathtaking aesthetics of this majestic looking instrument here at Coolector HQ and if you’re a fan of mouth-watering whiskey brand, Bushmills Irish Whiskey, and guitar makers Lowden then this unique collaboration is for you. 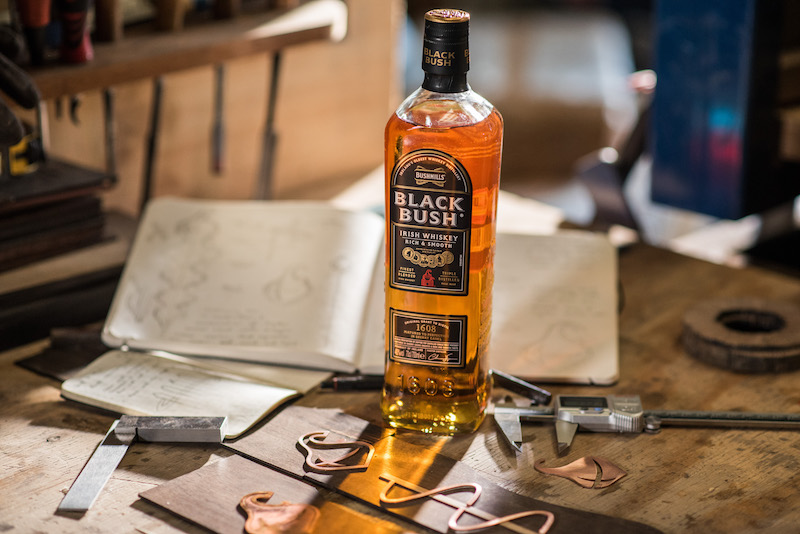 The Bushmills x Lowden Black Bush Edition Guitar is the second iteration to be born out of a collaboration between the two legendary and iconic Northern Irish brands that clearly share a passion for high quality craftsmanship – as is witnessed by the quality of this limited edition guitar. There is such an attention to detail in the design of this guitar that truly does make it stand out from the competition in the world of high end instruments.

Everywhere you look with Bushmills x Lowden Black Bush Edition Guitar you’ll see some interesting or engaging design features such as the fact that the guitar features copper from the 10 traditional copper pot stills which have been used to triple distil Bushmills Irish single malt and barrel wood that has been used to mature their whiskey for hundreds of years at the world’s oldest licensed whiskey distillery – namely, The Old Bushmills Distillery. 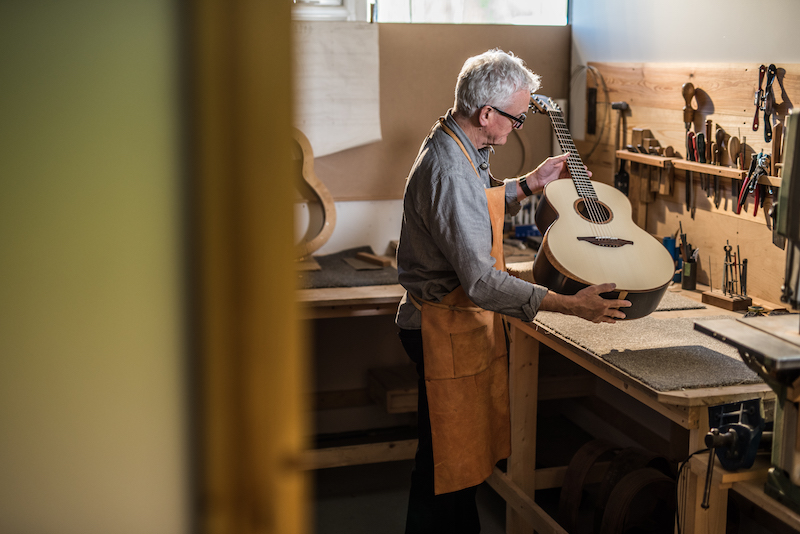 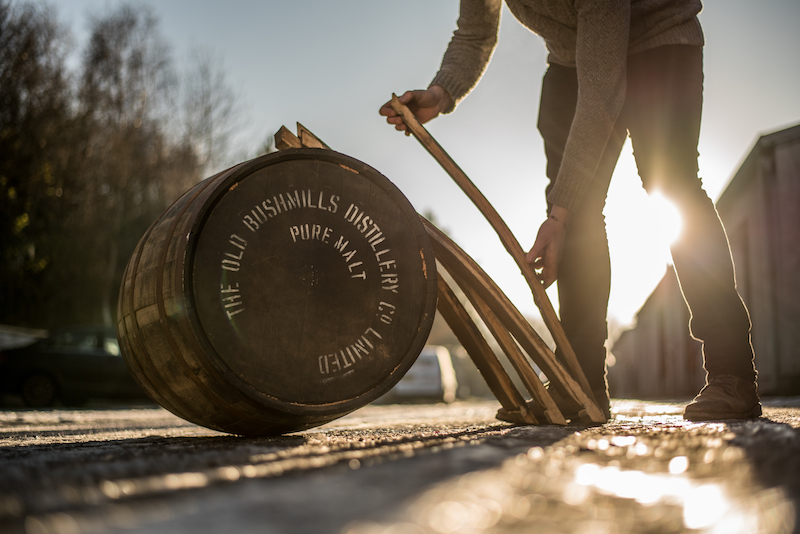 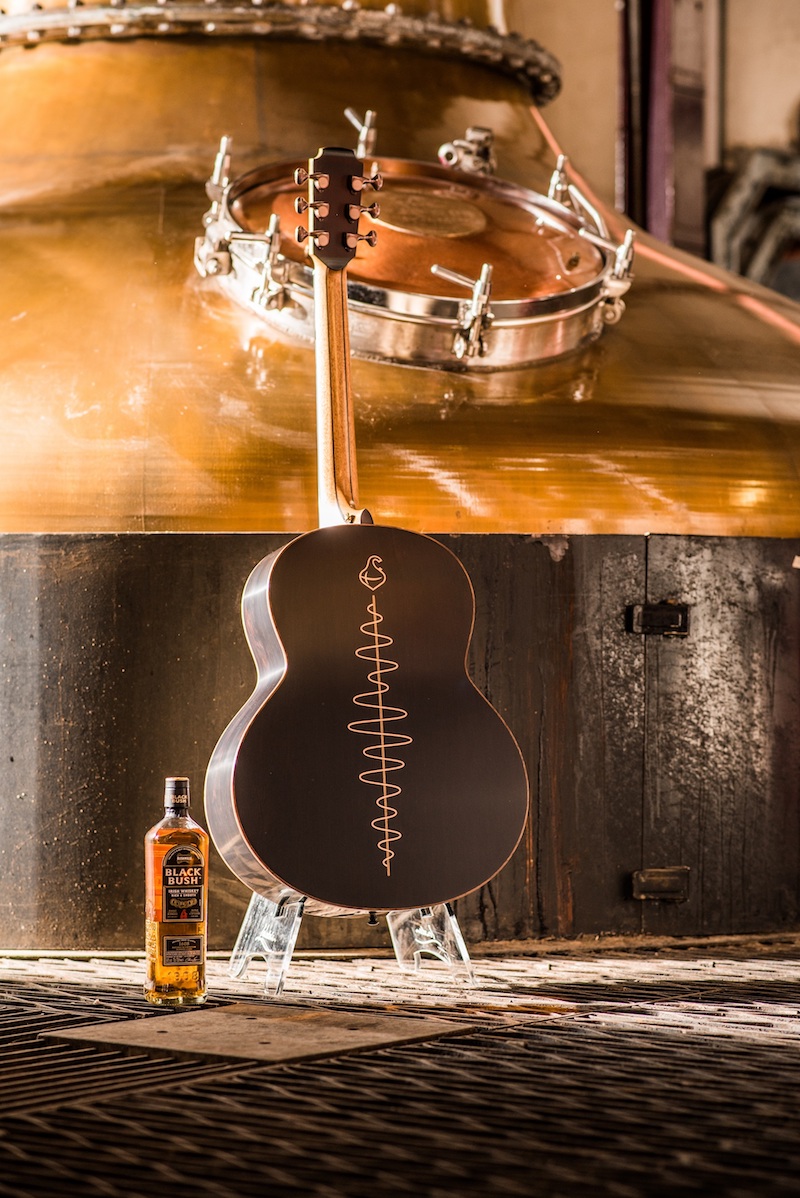 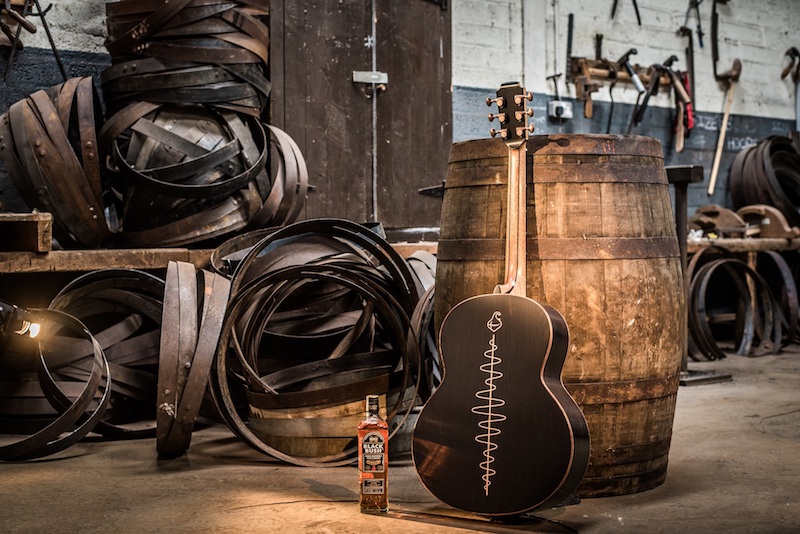 In order to make the most of these unique materials, the Bushmills x Lowden Black Bush Edition Guitar also uses some of the best tone woods in the guitar world – African Blackwood and Alpine Spruce – and these are responsible for ensuring the guitar delivers a performance that does its unique construction justice. Colum Egan, who is the Master Distiller at The Old Bushmills Distillery, joined forces with George Lowden to pick the materials for the guitar from the whiskey-making process and the end result is the stunning instrument you see before you. 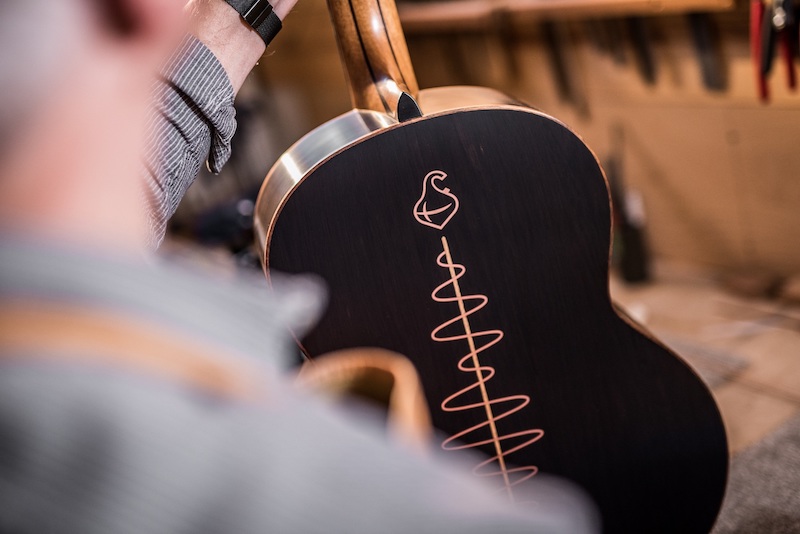 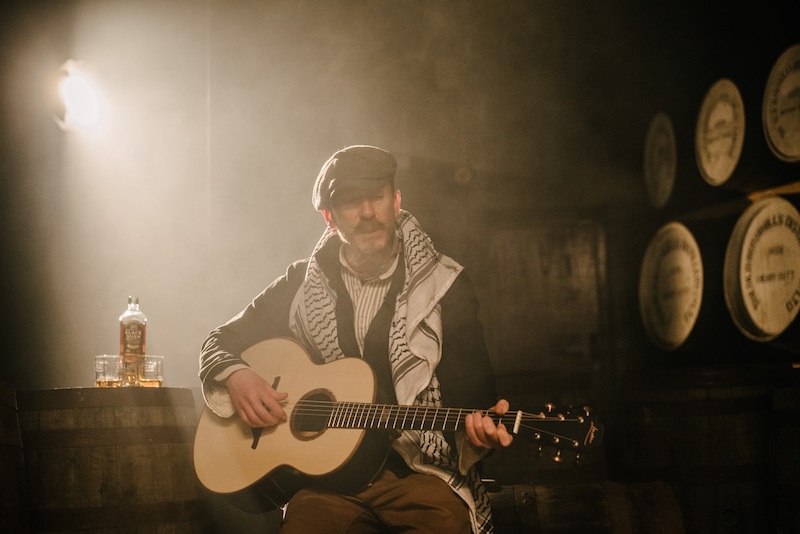 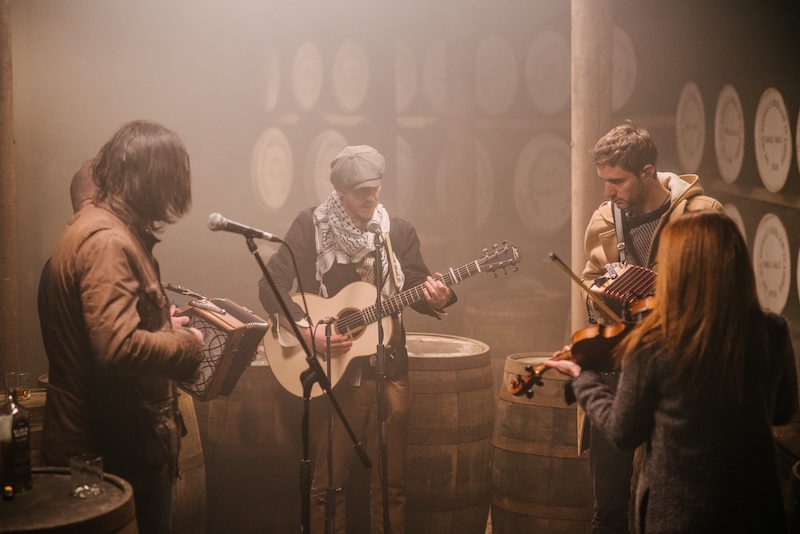 It is not just the original pot still copper which features on this fantastic guitar as Oloroso sherry casks have been used on the back inlay and the 12th fret inlay as a knowing nod to the dark intensity and richness of Bushmills Black Bush, an Irish whiskey blend that combines a high amount of malt whiskey matured in former Oloroso sherry casks. After this, African Blackwood has been used on the back and sides of the guitar and Alpine Spruce for the soundboard. All these features join together to make a guitar that looks sensational and sounds even better.

After the construction of this first class instrument was completed, Northern Irish musician Foy Vance took it for a spin at an intimate session in Warehouse No. 2 at The Old Bushmills Distillery alongside popular Irish band Beoga and poet Jon Plunkett. This new collaboration builds on the success and quality of the first guitar between the two Northern Irish brands and showcases the unwavering character that’s been at the heart of both Bushmills Irish Whiskey and Lowden Guitars since their inception. 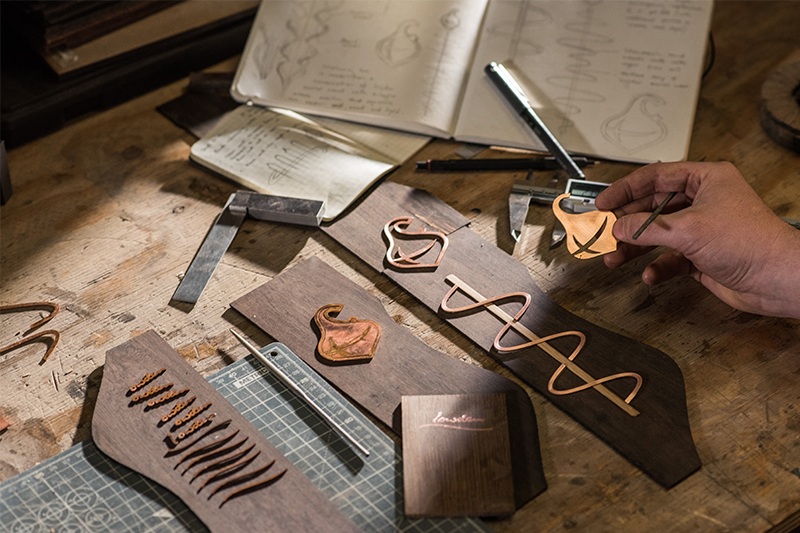 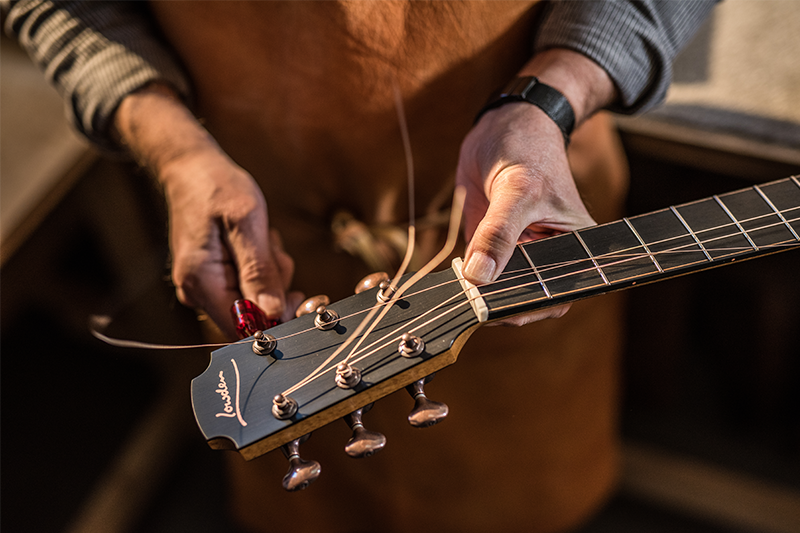 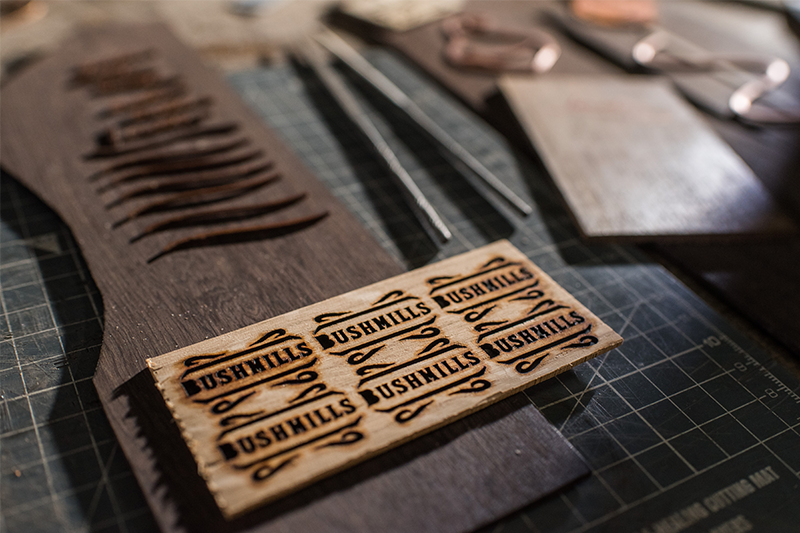 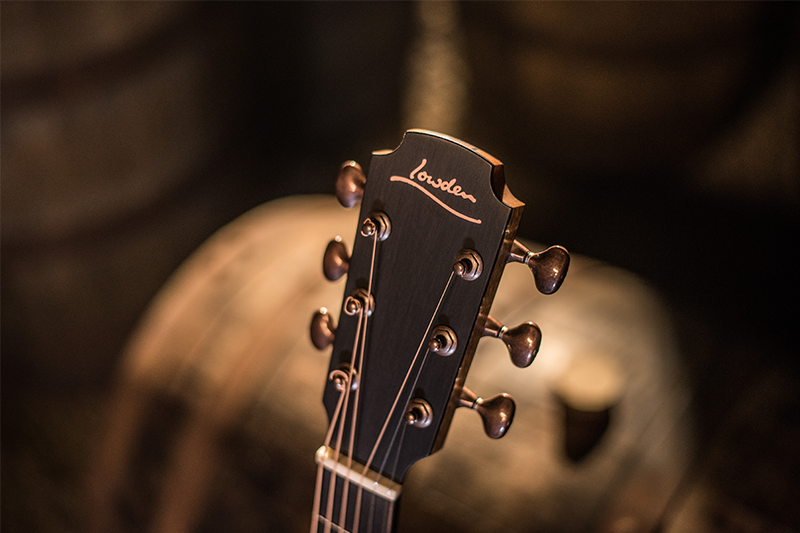 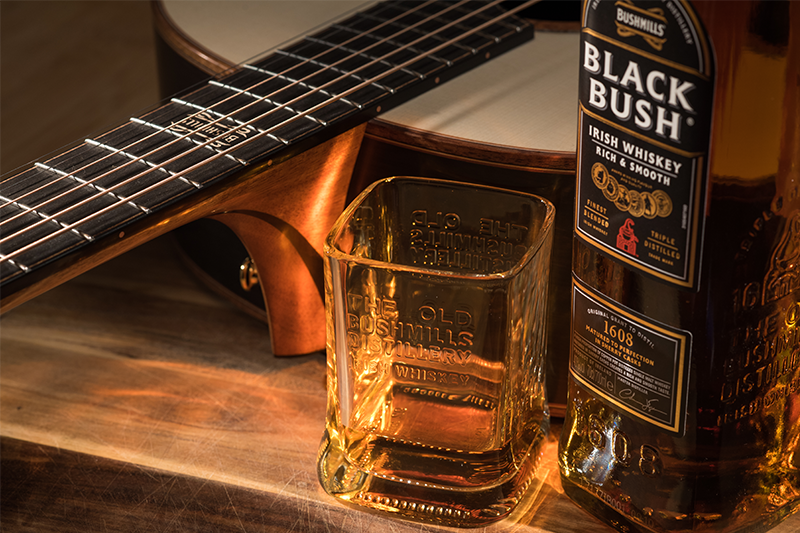 Bushmills Irish Whiskey have been making triple-distilled Irish whiskey with the same signature taste for over 400 years. Likewise, Lowden Guitars has been leaders in acoustic guitar building techniques for more than four decades selecting only the finest quality woods to guarantee each guitar resonates with a unique sound and tone character that is the same today as it was when luthier George Lowden started hand-crafting guitars back in 1974.