Drones are going to be big business in 2015 for sure so you might as well make sure you get your hands on the best of the bunch. And what better choice than a crash proof drone, crafted from carbon fibre and in the guise of a stealth bomber? There is no better choice. Say hello to the Carbon Flyer Crash Proof Video Drone.

Currently undergoing funding on IndieGoGo (by “undergoing” we mean smashing their target considerably), the Carbon Flyer Crash Proof Video Drone is the work of Trident Design and looks painfully awesome and superbly sleek. Billed as the world’s first carbon fibre drone, this impressive looking device is controlled via Bluetooth and has an on-board video camera to capture all your glorious voyages including the spectacular crashes that are sure to ensue as you get used to the controls.

There is some mightily impressive technology to be found aboard the Carbon Flyer including it’s impeccably strong carbon fibre frame, long-range 4.0 Bluetooth controls with accompanying smartphone app and carbon nanotube enhanced epoxy to ensure the resilience of your winged wonder. Take a look at a video and some images about the incredible looking Carbon Flyer below: 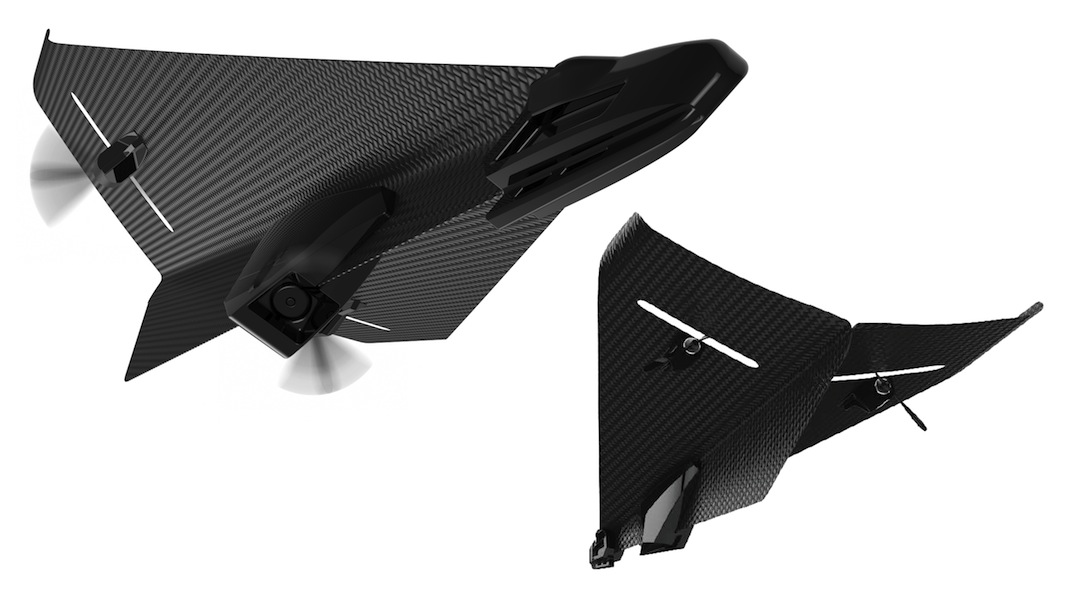 Gloriously reminiscent of the most bad-ass paper airplane ever crafted, the Carbon Flyer Crash Proof Drone will likely lead to unparalleled fun for gadget fans in 2015 when this awesome looking device will be going into production and winging its way into the hands of eager RC fans. We’re certainly impressed with the stealthy design and technological capabilities of this drone which has gone in the opposite direction to most other drones on the market and actually resembles a conventional flying design and we love it all the more for it here at Coolector HQ.