When it comes to recreating iconic clothing from the Star Wars franchise, there are few doing it better than Columbia Sportswear and to prove this point they will be soon releasing the fantastic looking Columbia Echo Base Star Wars Jackets which were worn by the camera crew whilst filming the snowy scenes during the iconic Empire Strikes Back movie. For those with a love of fashion and Star Wars, you’re definitely going to want to get your hands on one of these top notch jackets.

The Columbia Echo Base Star Wars Jackets are being made available online and in Columbia’s London store in a few days time and will have a mighty reasonable price tag of just £450 when they hit the shelves. This amazing parka worn by the crew during Empire Strikes Back is an iconic piece of design that is almost as loved as the wares worn by the actual characters in the movie and this represents a rare opportunity to get your hands on one.

Vintage design joins forces with contemporary technology with the limited edition Star Wars Empire™ Echo Base Crew Parka, which is an officially-licensed jacket that takes its design inspiration from the coat worn by The Empire Strikes Back cast and crew while filming in sub-zero weather in Norway. It is well suited to the ice planet Hoth, and has a waterproof-breathable shell with Omni-Heat™ thermal-reflective lining and 200g insulation will keep you as warm as a Wookiee wherever your adventures take you. 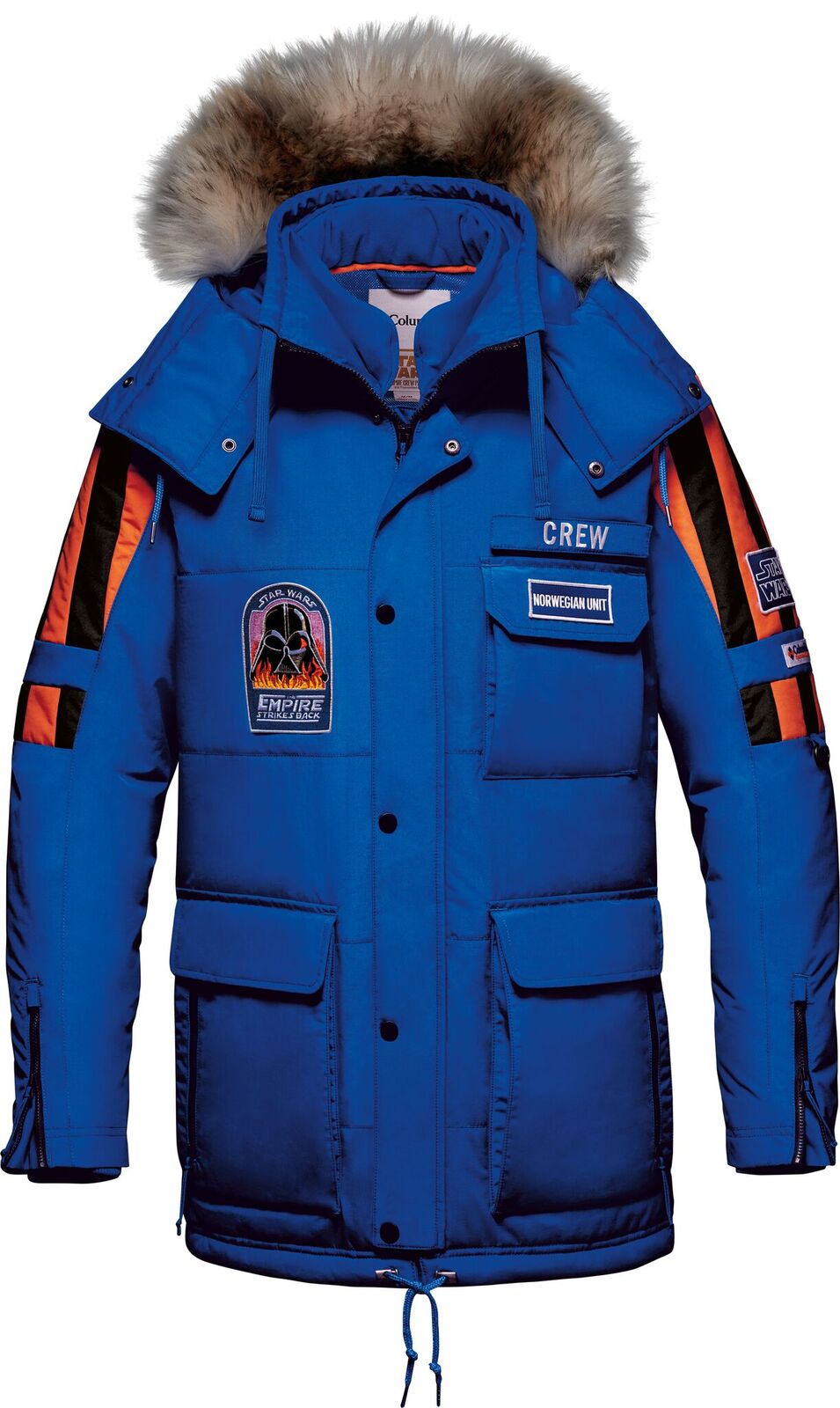 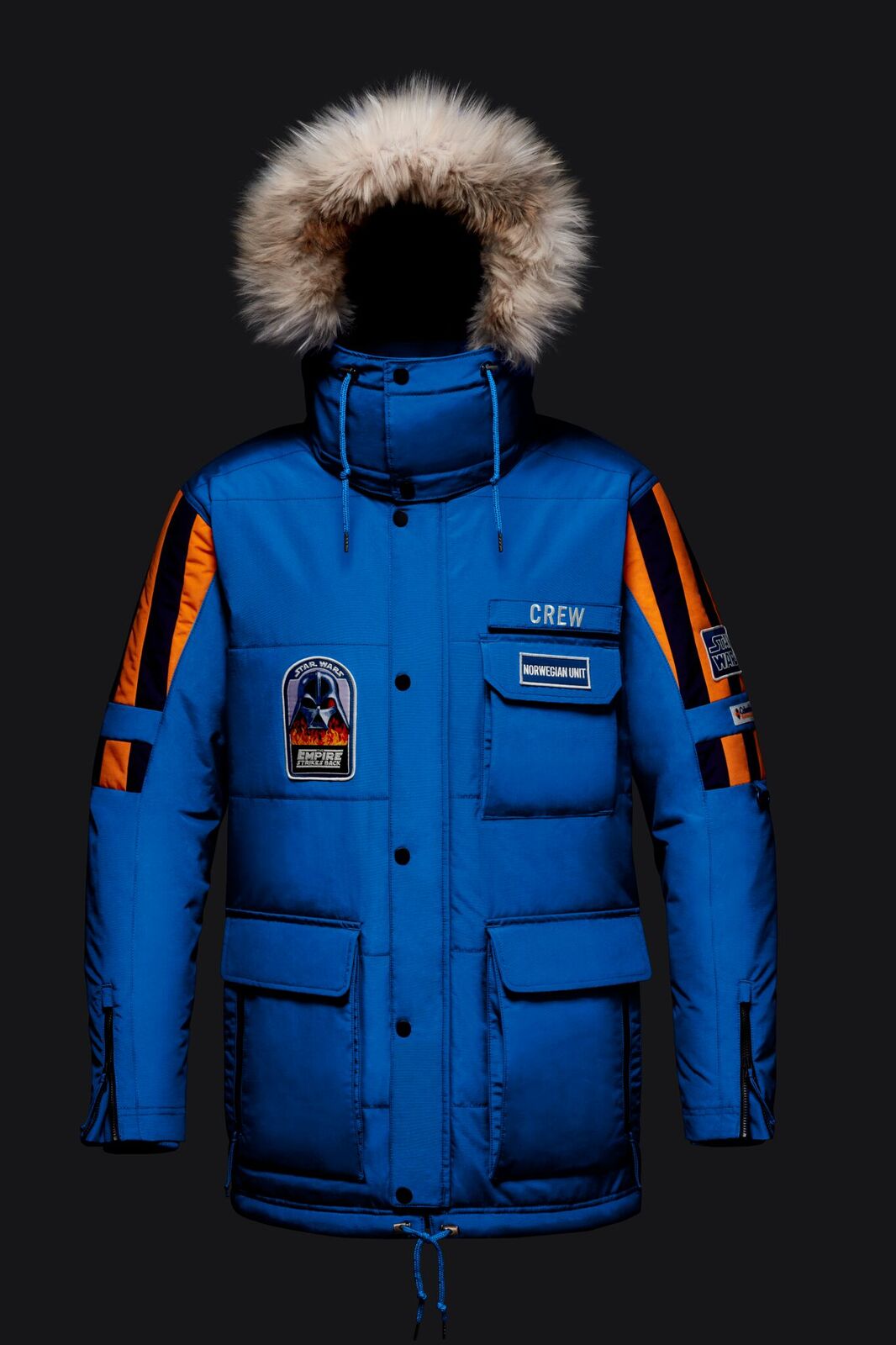 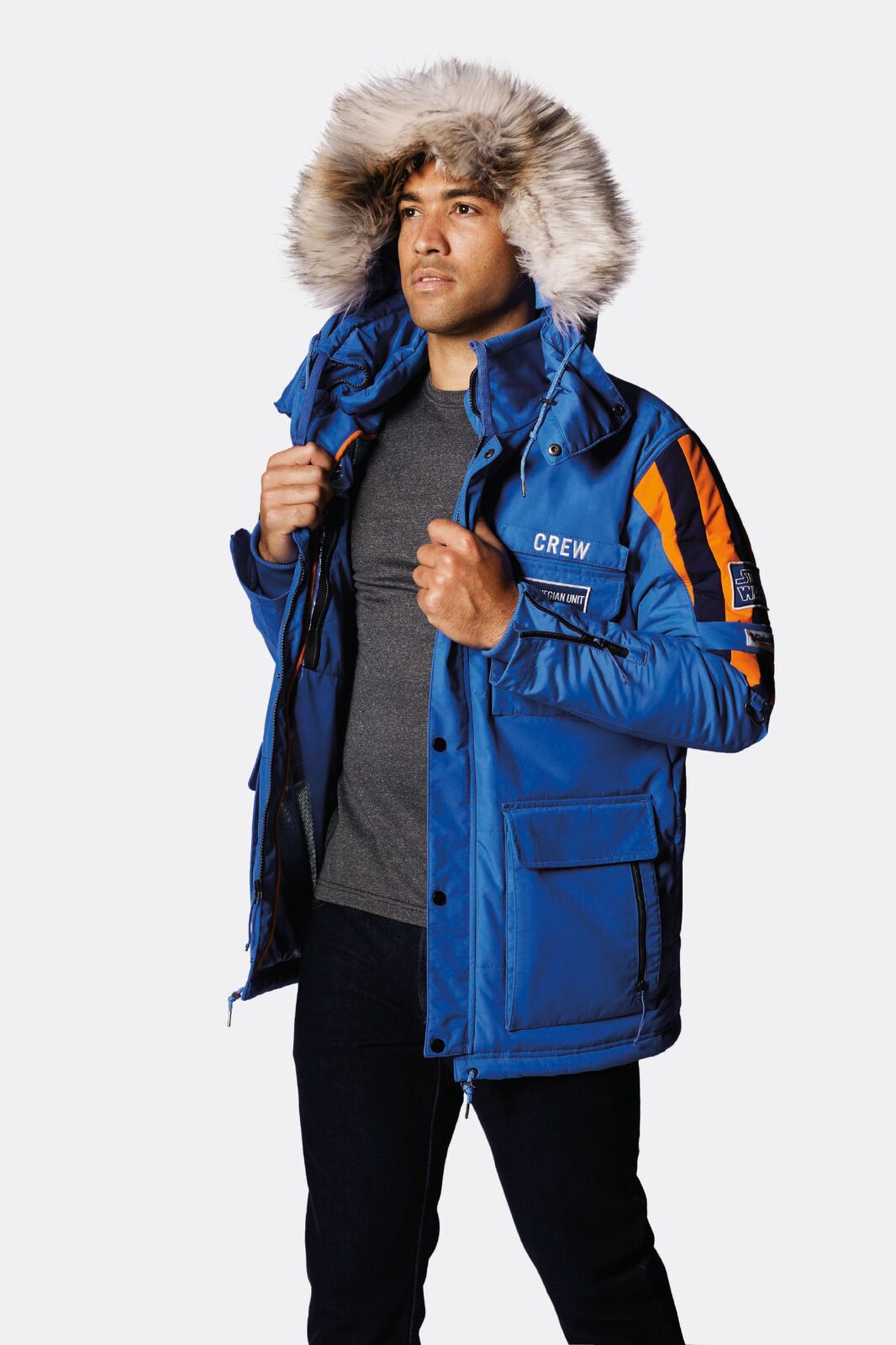 Chock full of awesome authentic details, the Columbia Star Wars Empire™ Echo Base Crew Parka Jacket is a real sight to behold and one of the most striking pieces of outerwear you’ll see out on the streets. Some of the most compelling details of this cracking jacket include a bold blue design with security stripes, Star Wars patches, geographical filming coordinates in the lining, and a customizable name plate on the chest pocket. 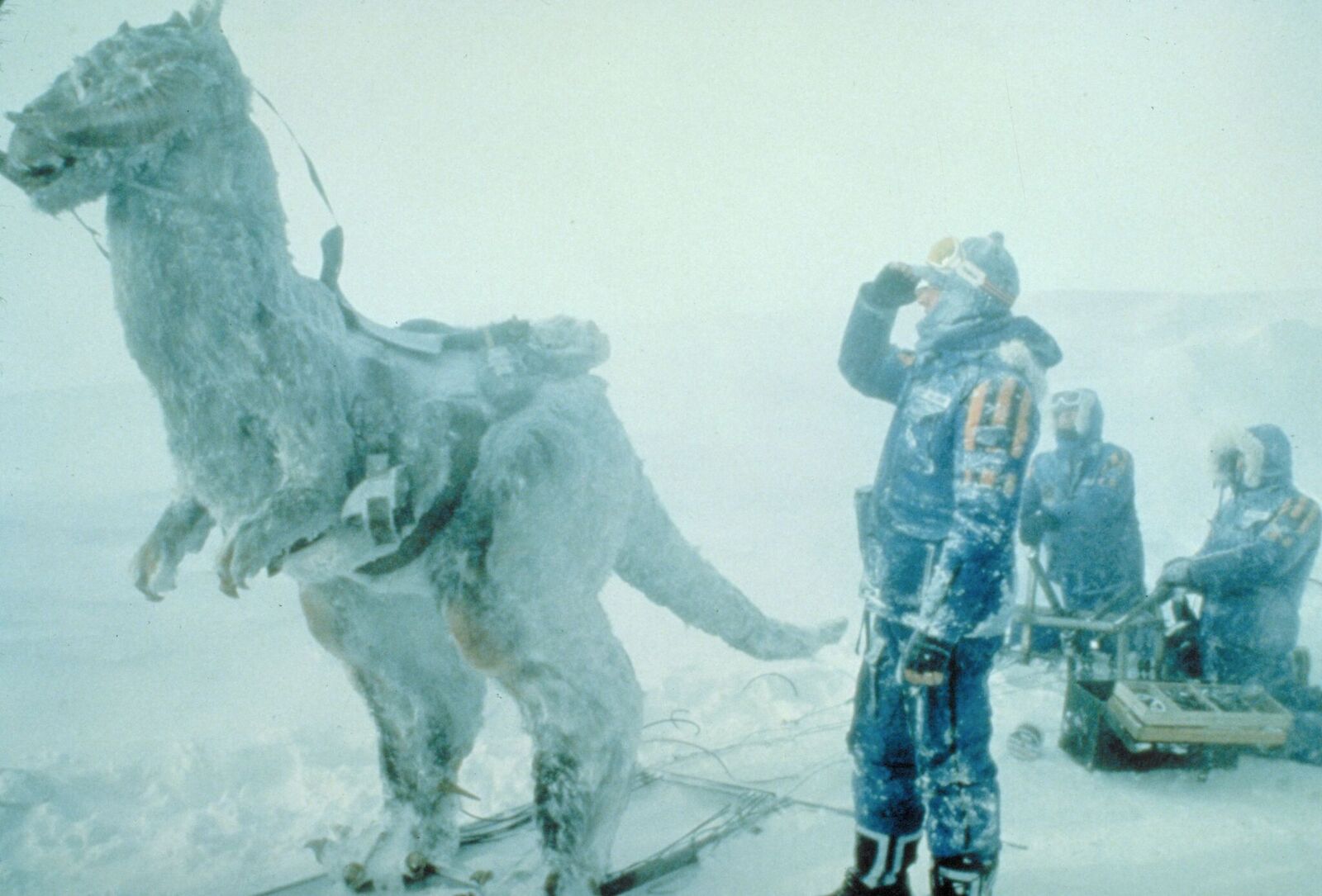 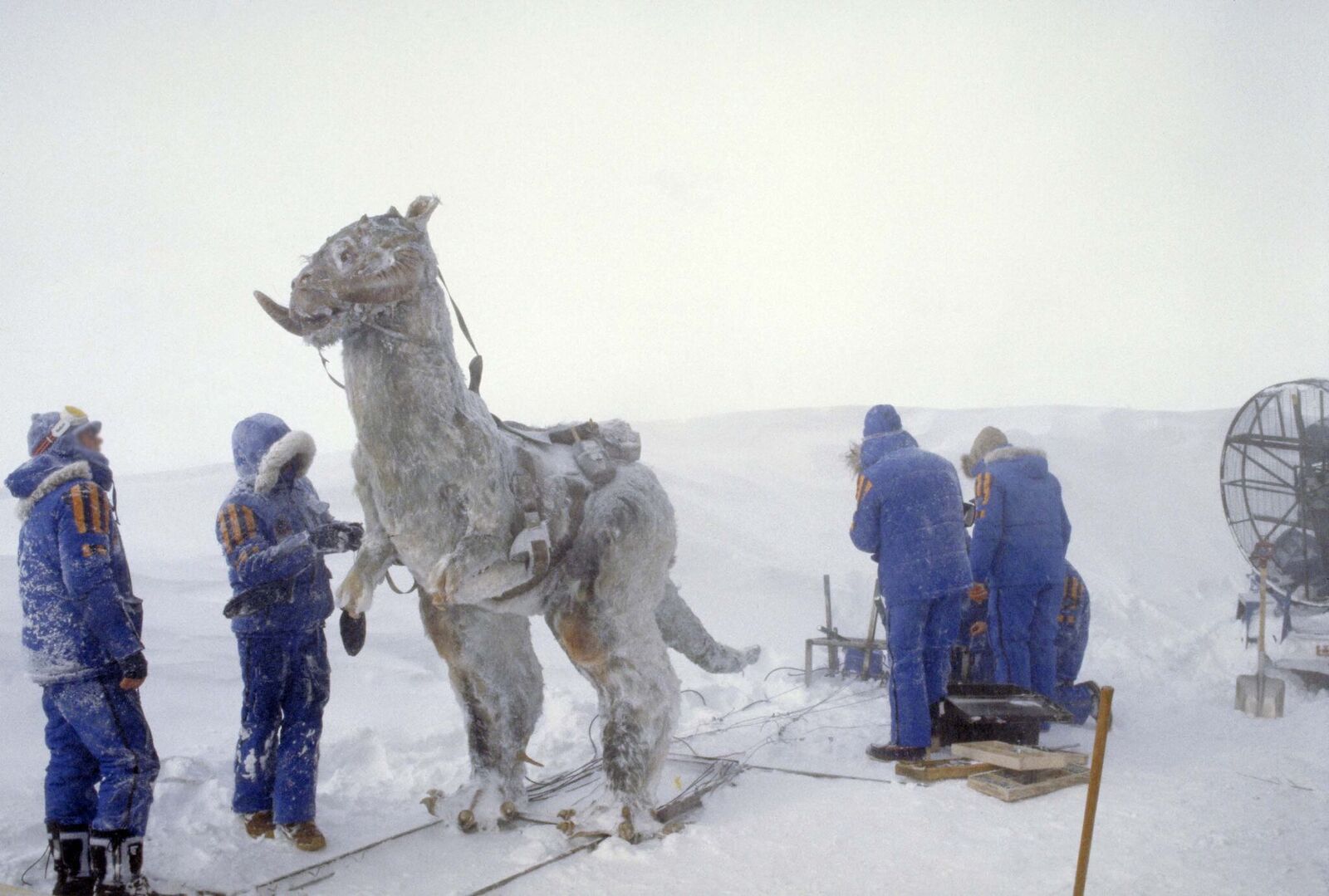 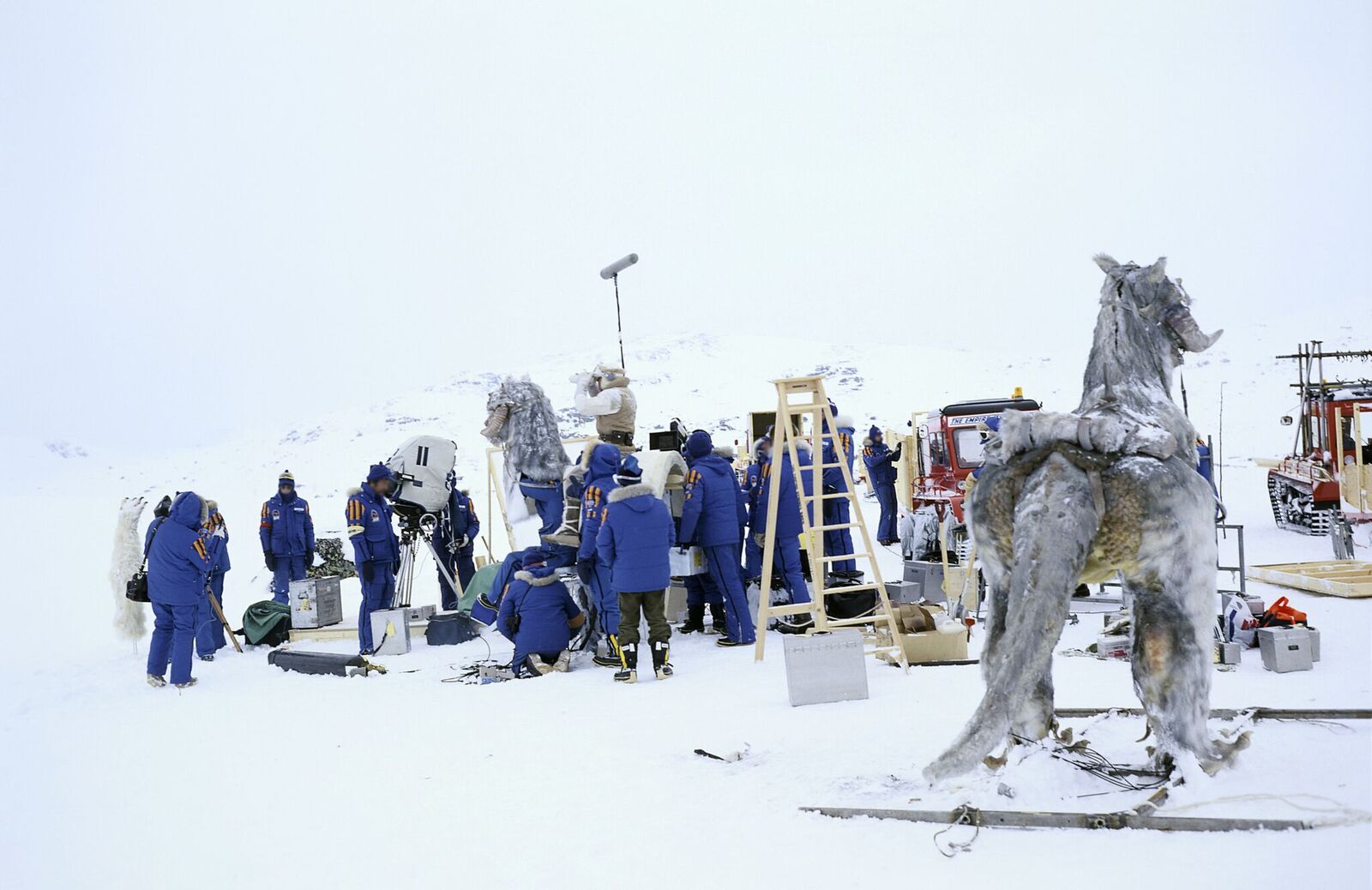 There really are some great design features incorporated into the Columbia Star Wars Empire™ Echo Base Crew Parka Jacket which includes a “Darth Vader with flames” embroidered chest patch is a replica of the emblem worn by the original crew, customisable name plate and “Norwegian Unit” patch which will allow you to identify yourself as a member of the crew and sleeve stripes which deliver enhanced visibility, while a rectangular Star Wars logo patch adds that extra touch of authenticity to the jacket.

If you’re anticipating frigid weather conditions around your neck of the woods this winter, then this expertly crafted Columbia Star Wars Empire™ Echo Base Crew Parka Jacket is going to be your ideal ally over the next few months. If it can stand up to the harsh winter conditions in Norway, it will be more than equipped for any weather conditions that you can throw at it and ensure you stay warm from the minute you pull it on. 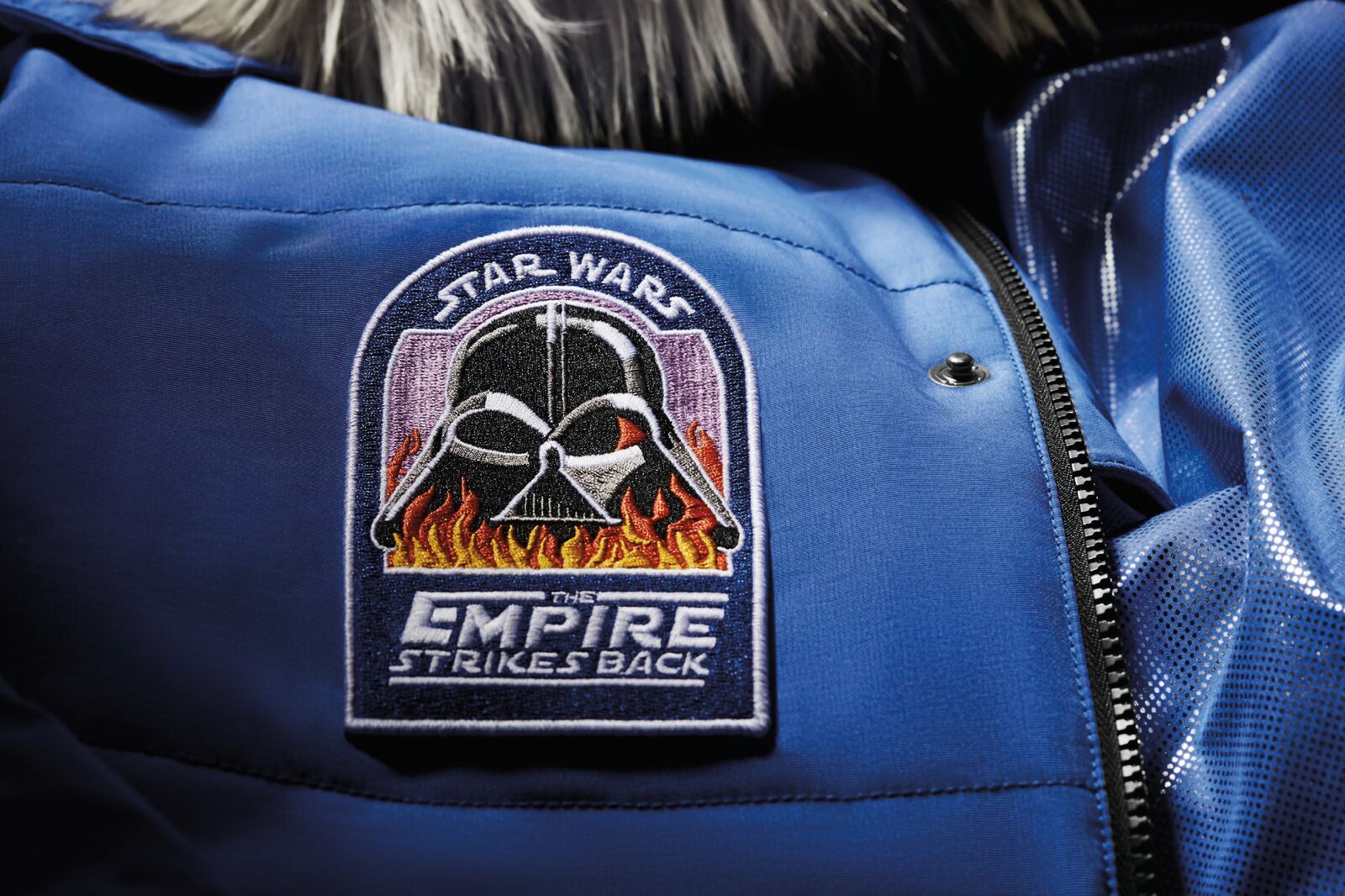 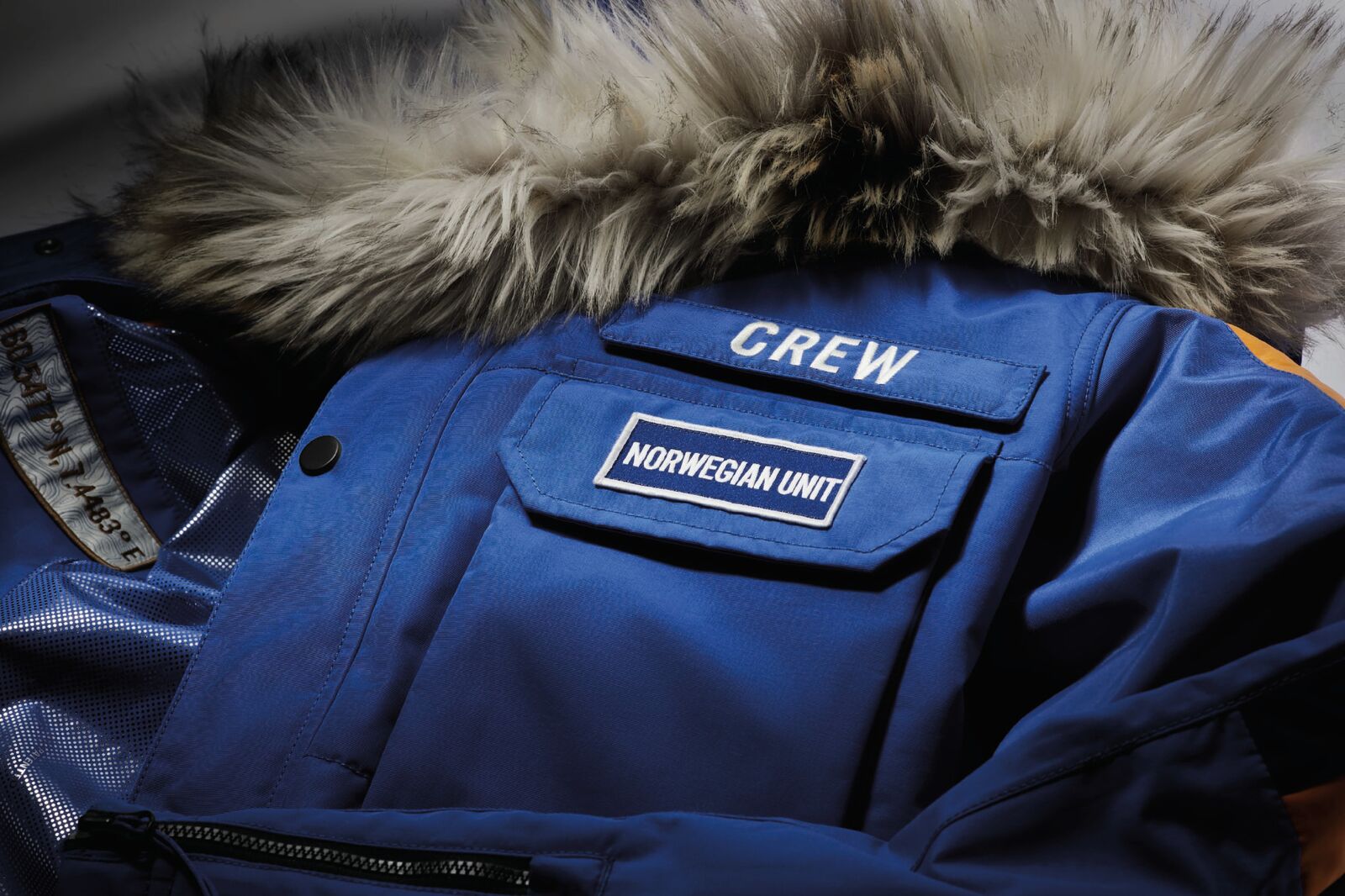 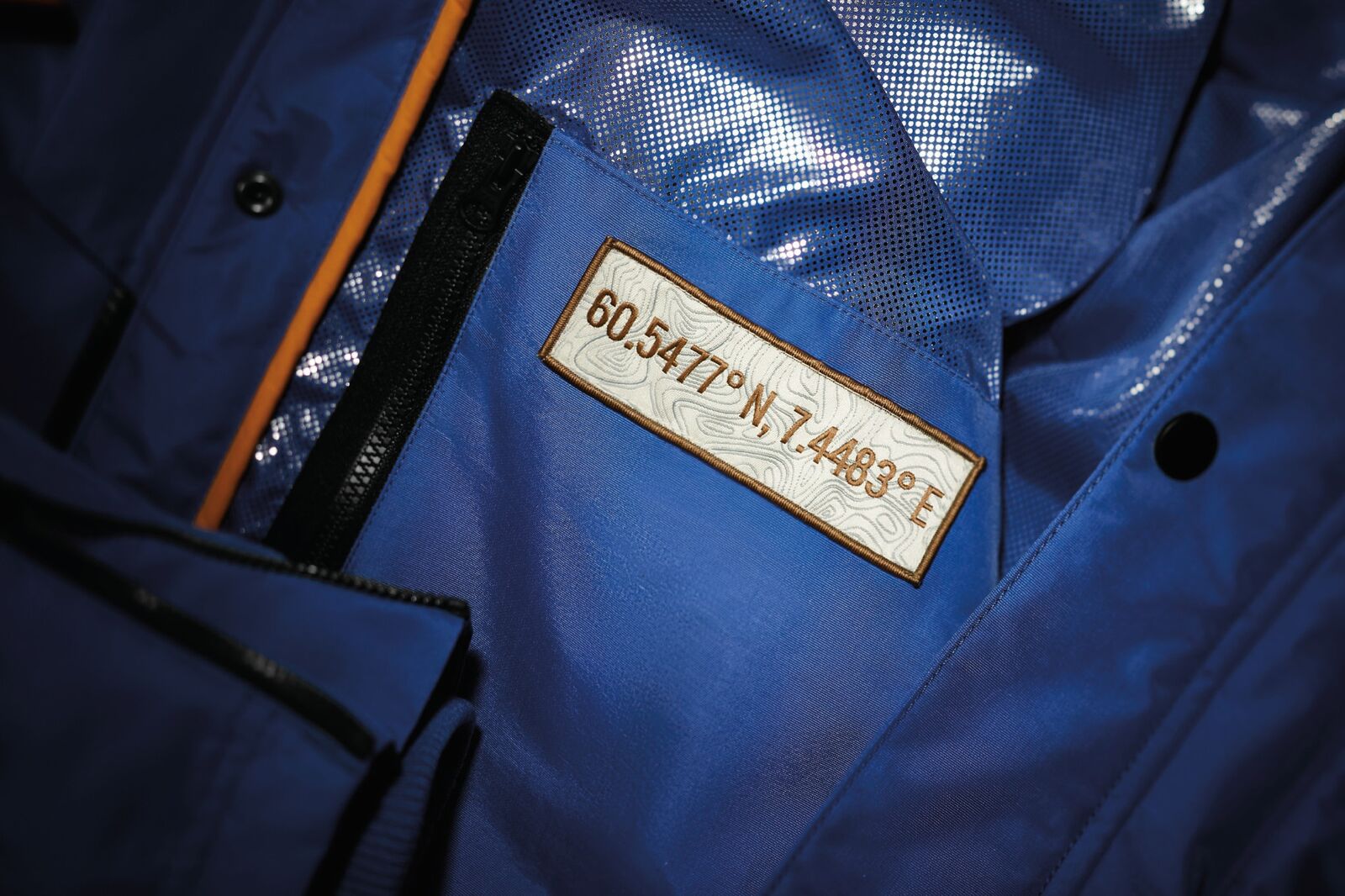 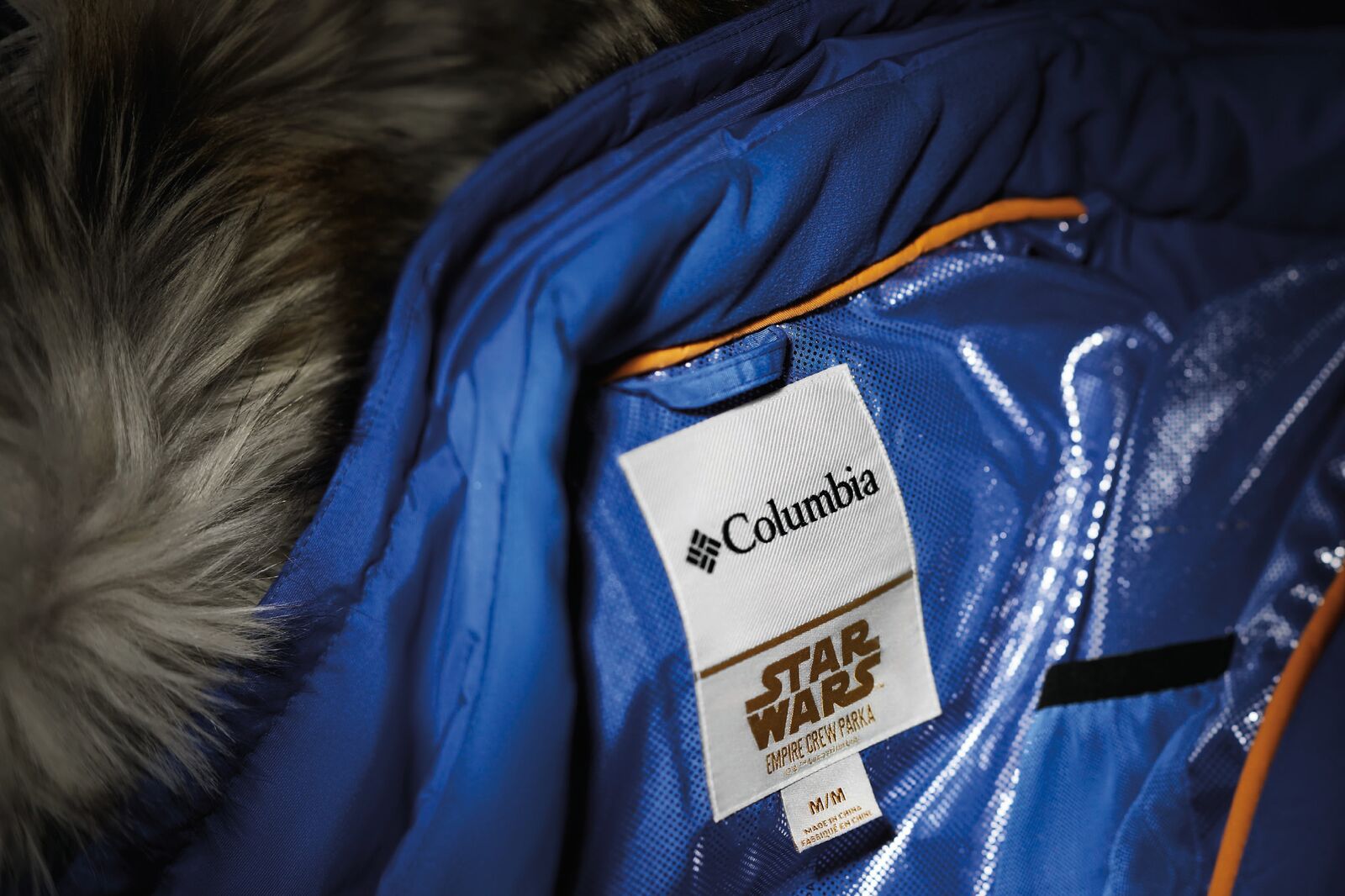 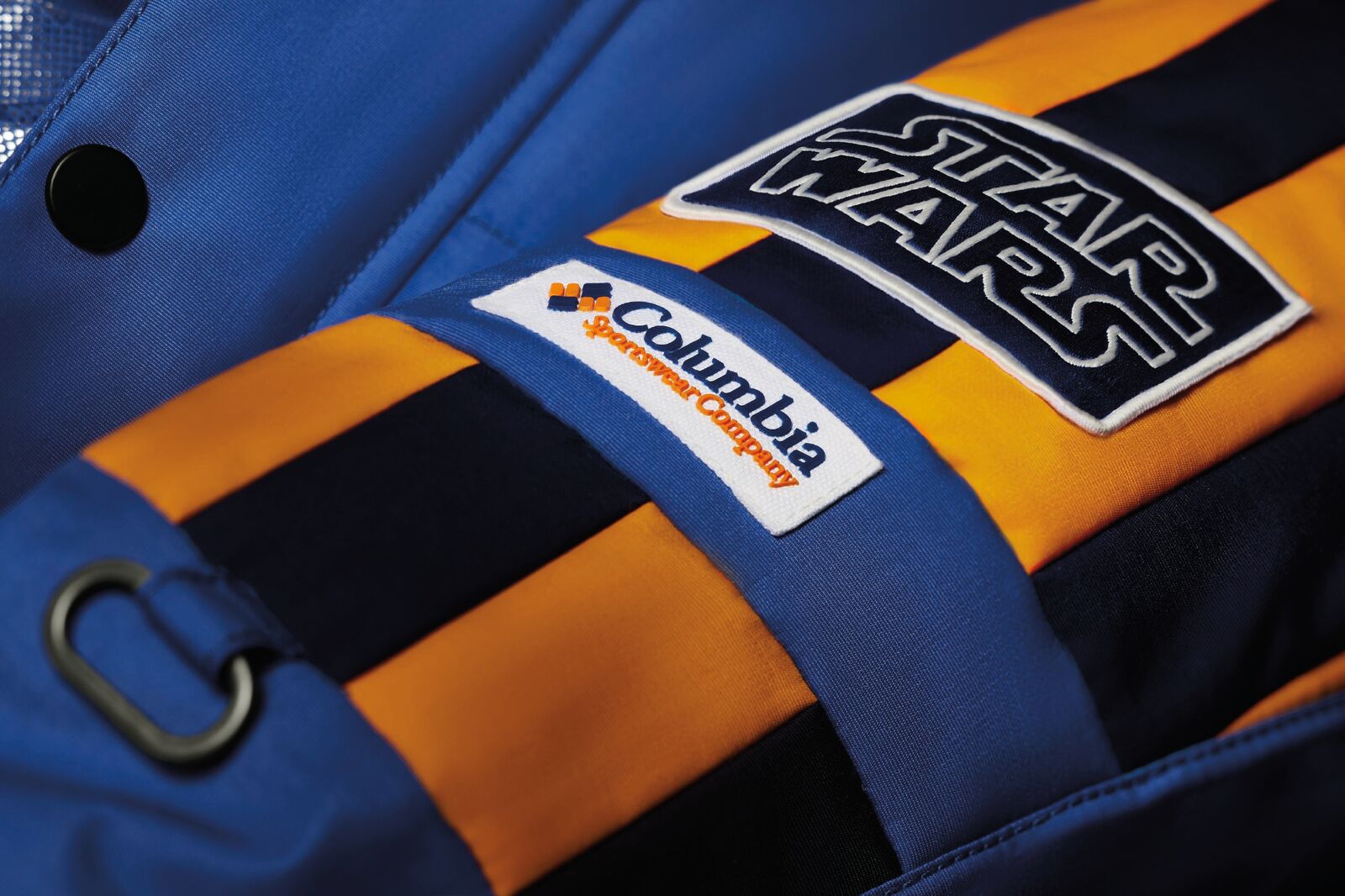 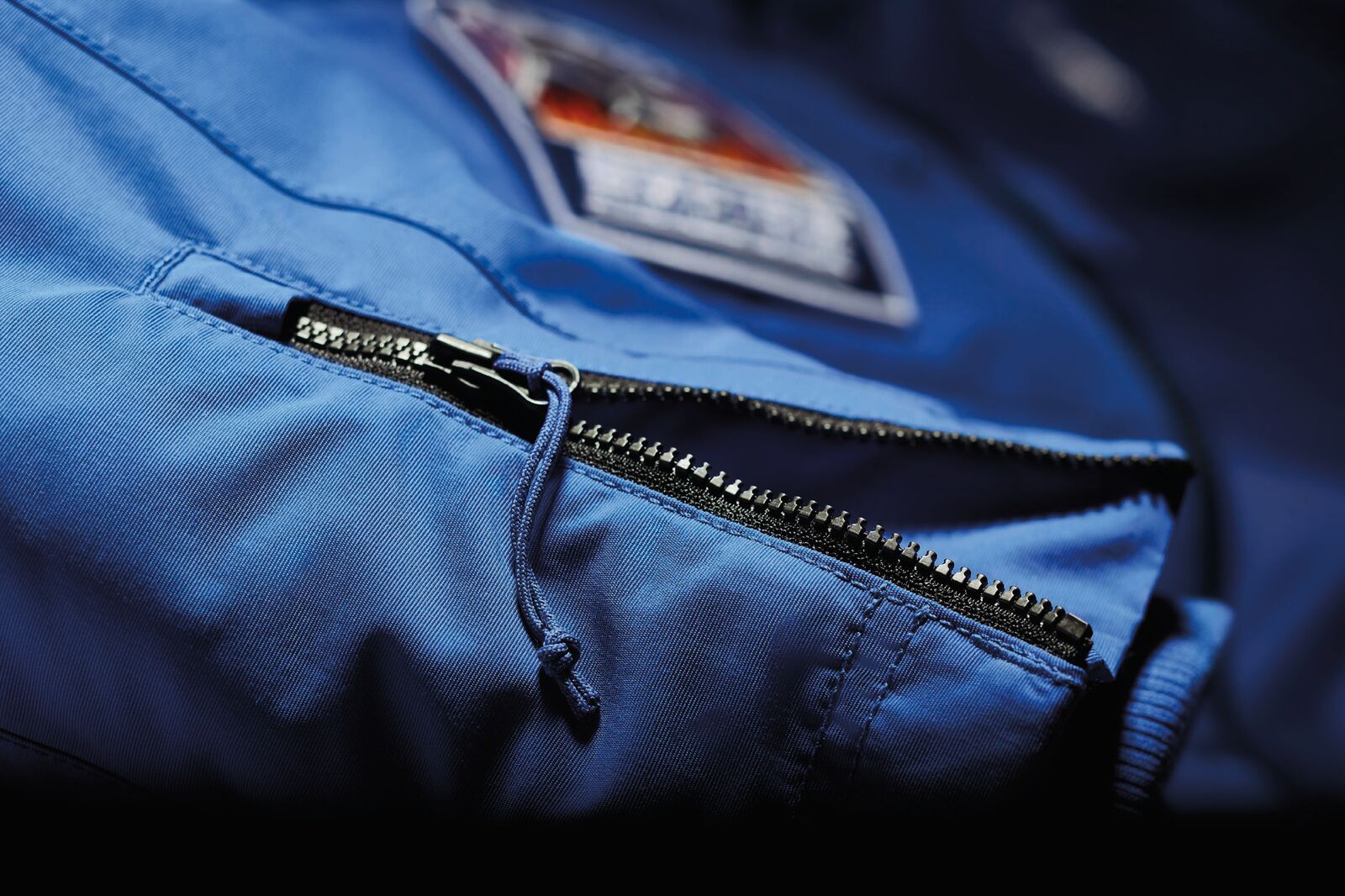 The £450 price tag is a fair one for such an iconic piece of clothing and the limited release is going to ensure that these eye-catching jackets are positively going to fly off the shelves in December so you’ll definitely have to move quickly if you want to get your hands on one. Brilliantly crafted, from the finest materials, these jackets are the ideal gift for anyone with a love of the glory days of the Star Wars franchise.

Written By
Leo Davie
More from Leo Davie
Clutter is the enemy to productivity in our opinion here at Coolector...
Read More