Upon reading “This film was Rendered with NVIDIA K6000s and K40s on 3DBOXX 4920 GPU Edition and V-Ray RT GPU 3.0 for 3ds Max”, we here at Coolector HQ were at a bit of a loss but the beauty of film enables the viewer to enjoy the spectacle, without having to understand the mechanics of the filmmaking process.

Directed by CGI expert Kevin Margo, ‘Construct’ is a work in-progress short, created to highlight the art of filmmaking via VFX and virtual production and our first thoughts upon viewing ‘Construct’  here at The Coolector were similarities to 2009 hit film ‘District 9’; which can be put primarily down to the incredibly human like nature of our protagonist, in addition to everyday settings that most people can relate to.

It can be said that finding the key to bridging the gap between our reality and a hyper-reality is the ability to draw similarities between the two, once this connection is made we can’t help but feel engagement, it’s human instinct, and that’s exactly what we felt in the 60 seconds spent viewing ‘Construct’.

We shouldn’t be shocked by the excellence of ‘Construct’ as Margo has past form with 2012 USA Film Festival Best Experimental Film winner ‘Grounded’ (2011), not to mention a host of other titles he’s been involved with (Batman Arkham Origins, Batman Arkham City, Halo 4).

One thing’s for sure Margo is clearly at the top of his game, and if he and others continue to push the CGI boundaries in this fashion, then no matter what your level of film understanding is, we’re all in for a treat. With a full short due for release later on in the year, you can be sure I like many others will be waiting with baited breath. 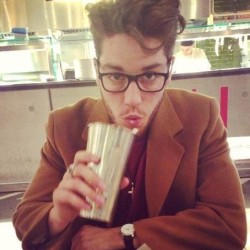