Coffee is serious business here at Coolector HQ and we’re of the mindset that, barring some sort of medical necessity, drinking decaffeinated coffee is nothing short of sacrilegious. It would appear that we’re not the only ones thinking along these lines, however, as this awesome looking Death Before Decaf Mug from the top notch illustrator, Terminal Radness (AKA Nick Guenzler), admirably illustrates.

We drink an awful lot of coffee at The Coolector but suffer from mug fatigue insomuch as we can only drink from the same vessel for a finite amount of time before we get bored and have to move on and this is why we spend an undue amount of time trawling the depths of the internet in search of awesome receptacles and one of these searches led us firmly to the doorstep of Terminal Radness and this decidedly spiffing Death Before Decaf Mug.

Guenzler is a professional designer and illustrator and, luckily for us, he has committed one of his brilliant designs to a mug for our coffee imbibing pleasure. His work is heavily influenced by skate and surf culture and that shines through in all the illustrations on the talented chap’s website but, truth be told, the minute we clasped eyes on the Death Before Decaf Mug here at Coolector HQ, we were sold. Check out a couple more shots below: 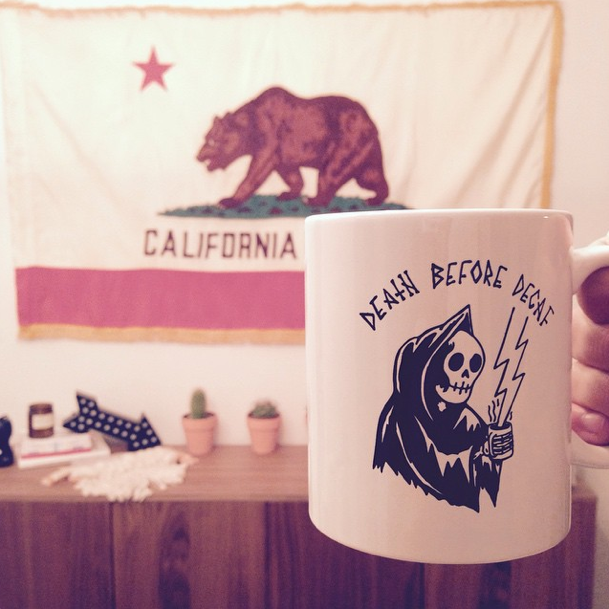 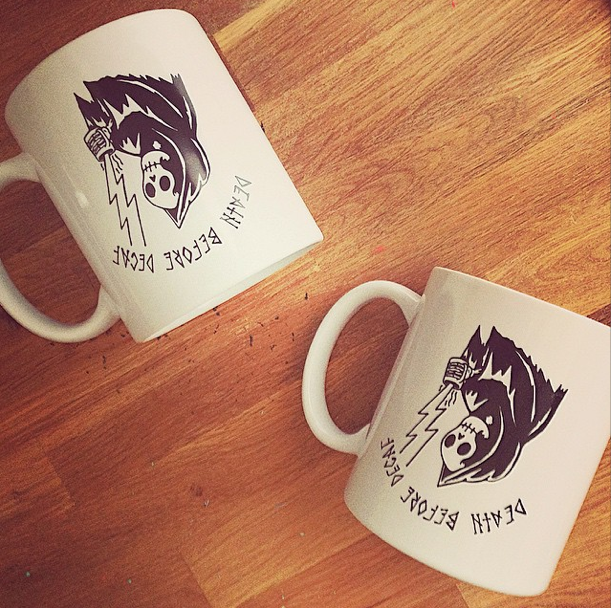 If you’re current coffee container has grown tiresome and you’re in the market for a new one, we’re willing to wager you’ll not find many more painfully awesome than this Death Before Decaf Mug from Terminal Radness. We’re loving all of Guenzler’s designs here at The Coolector but it is his grim reaper offering that resonates with our coffee addled brains the most and he is definitely an illustrator we’ll be keeping our eye on henceforth out.