With a tag-line of “Saving the world, one beer at a time”, the chaps over at eCool immediately grabbed our attention but, as luck would have it, our attention was kept by the magnificent looking device which they have devised called the Earth Cooler which will come as a godsend to any beer loving eco-warrior this summer.

But what is the Earth Cooler I hear you say and why, as a beer lover, should you be interested? Well, permit us to explain. The Earth Cooler is a devilishly simple design but one that has really opened our eyes to the possibilities that lie right beneath our feet. In essence, it is a year round gadget that can be used to cool your beers without using a single drop of electricity. The Earth Cooler allows you to bury your beers in the back garden (like a dog) and using a crank type system will return them to you suitably chilled as and when you need them.

The Earth Cooler from eCool is the work of four design minded friends from a small town called Mor in Northern Denmark and it would seem that this group of beer loving chaps have hit the nail on the head with their innovative design which will see beer lovers rejoicing through the football packed summer. Using the earth’s natural cooling capabilities, you can chill up to 24 cans simultaneously and replenish supplies as and when you need too so no matter how much beer you plan to get through this summer, the Earth Cooler won’t disappoint. Check out a couple more shots below: 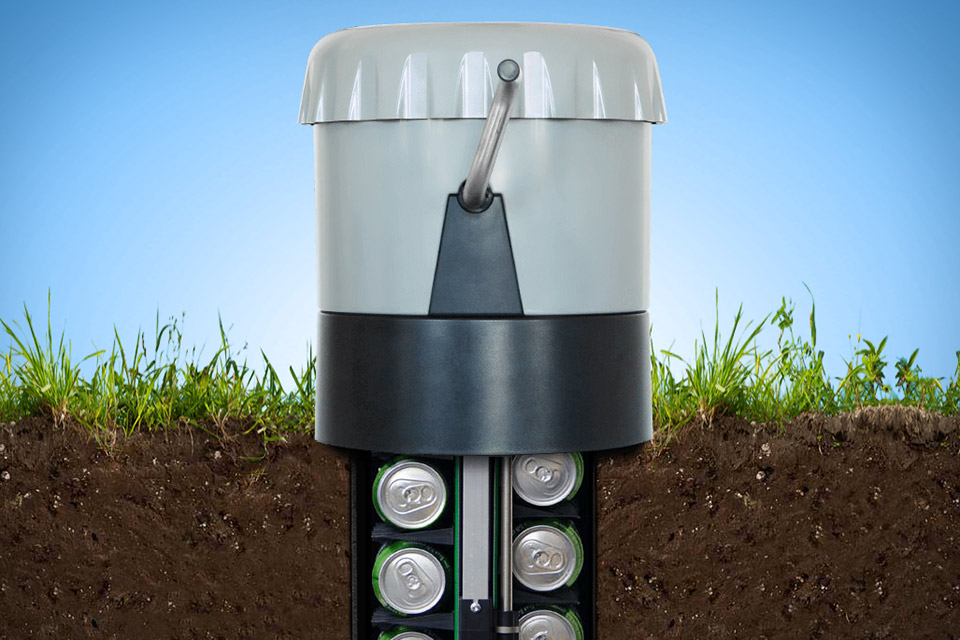 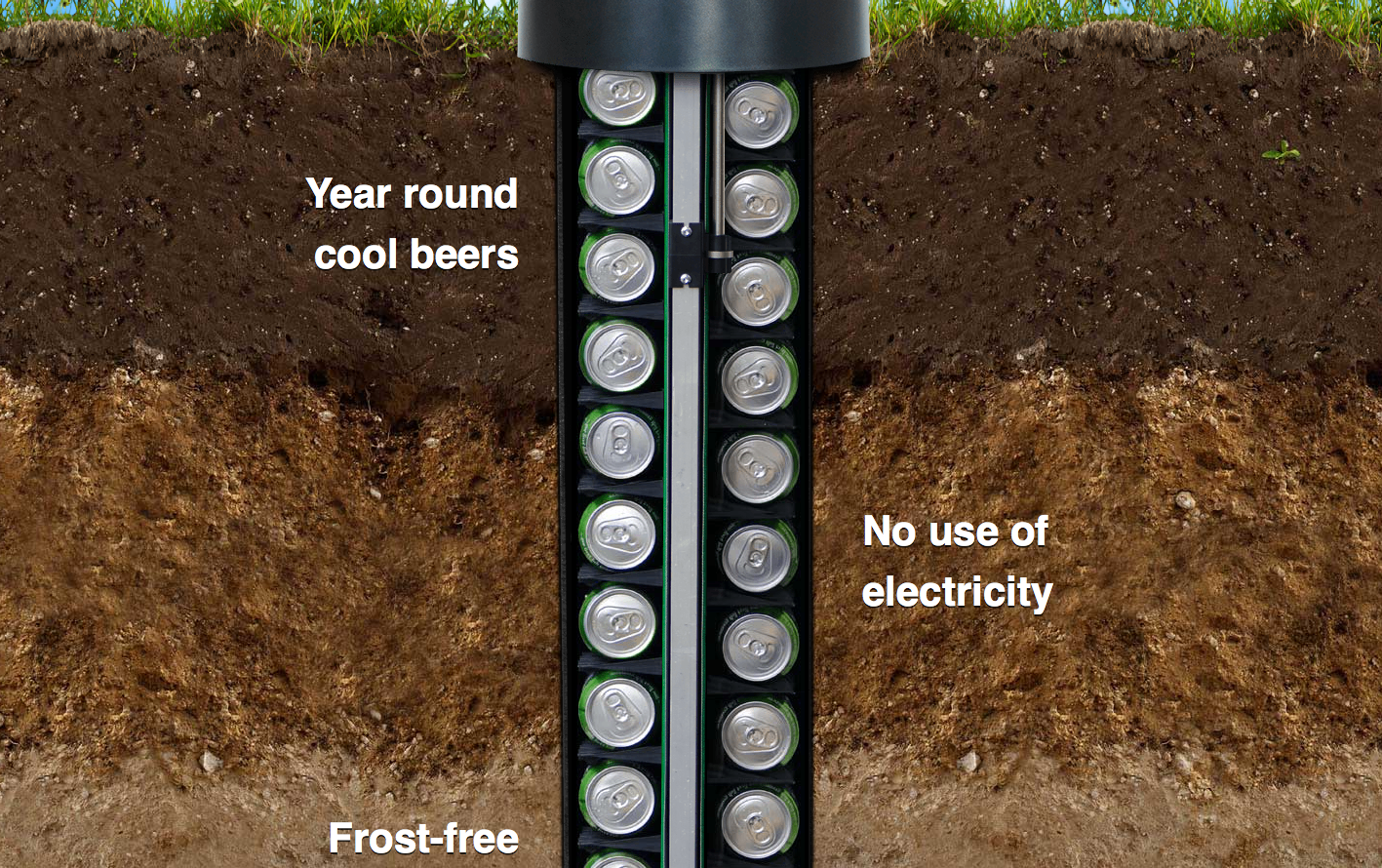 For any regular beer swiller, a device like this will be welcomed with open arms and whilst we don’t have an abundance of green, open spaces in which to bury one here at Coolector HQ, we dare say we’ll find a small plot to inter some beers over the next few months and, most likely, forget were it was we buried them like an absent minded squirrel with a nut.