Like everyone else, we were a touch disappointed with proceedings in season 8 of Game of Thrones but, truth be told, it hasn’t really made us love it any less in the grand scheme of things and we will still spend plenty of time scouring the internet in search of Westeros related awesome – a prime example of which is these amazing El Grand Chamaco Game of Thrones Illustrations which really bring the characters to life in a playful and humorous way.

El Grand Chamaco is an orphan who spent his childhood and adolescence with his grandfather on his mother side, who drove him through the paths of drawing and painting and at the age of 25, he went back to his home town and opened a small school of illustration and painting. Somehow, the school completely fails and, in his frustration for the lack of attention received from the people of the town, he averts from society and builds up a workshop in a cottage, where he spends many years studying and perfecting his style – and this set of Game of Thrones illustrations shows that it was certainly time well spent.

New Career For the Night King

We love the playful nature of these Game of Thrones Illustrations from El Grand Chamaco and the stand out one for us is certainly that of the Night King embarking on a new career as a pizza delivery driver. Given his impact on the season finale as a whole, it’s probably quite fitting that he end up working for Deliveroo. The show’s most beloved characters from Jon Snow to Tormund Giantsbane make an appearance in this cracking collection of animations and if you’re a fan of the show, you’ll find it hard not to love these eye-catching creations from El Grand Chamaco. 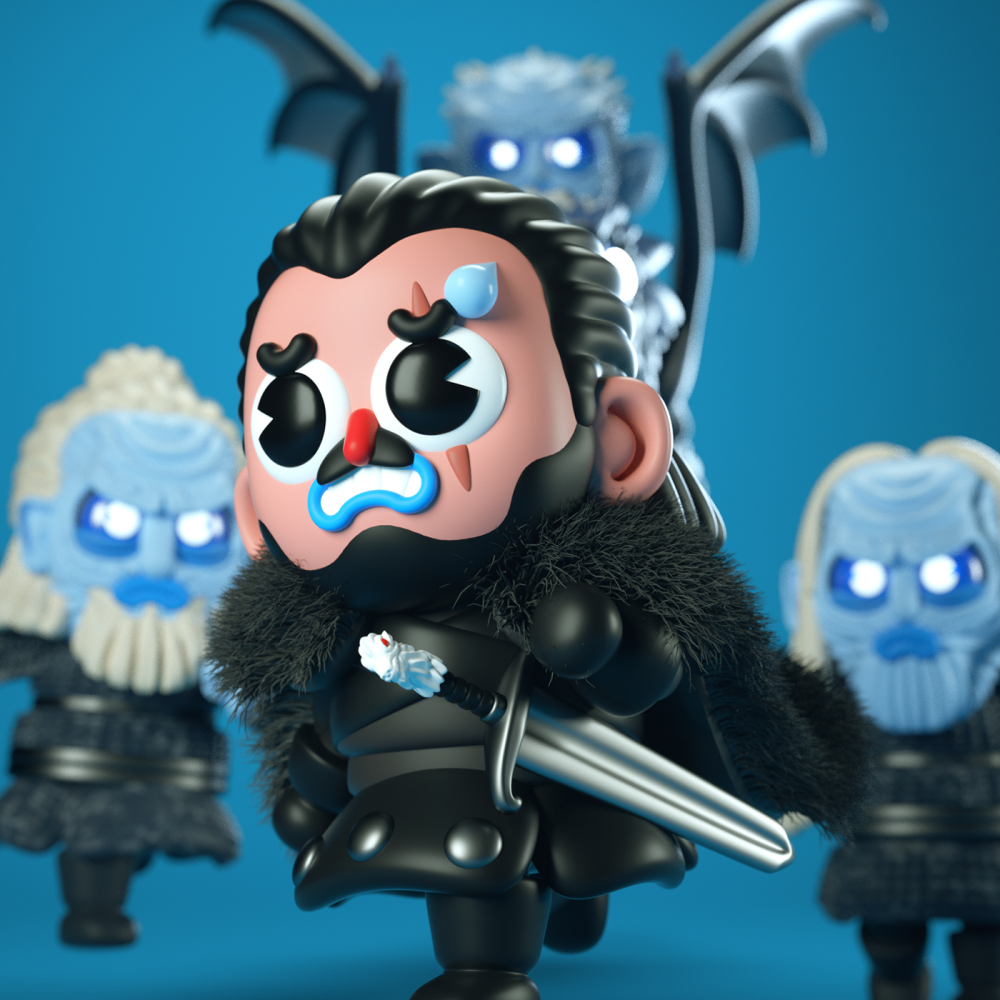 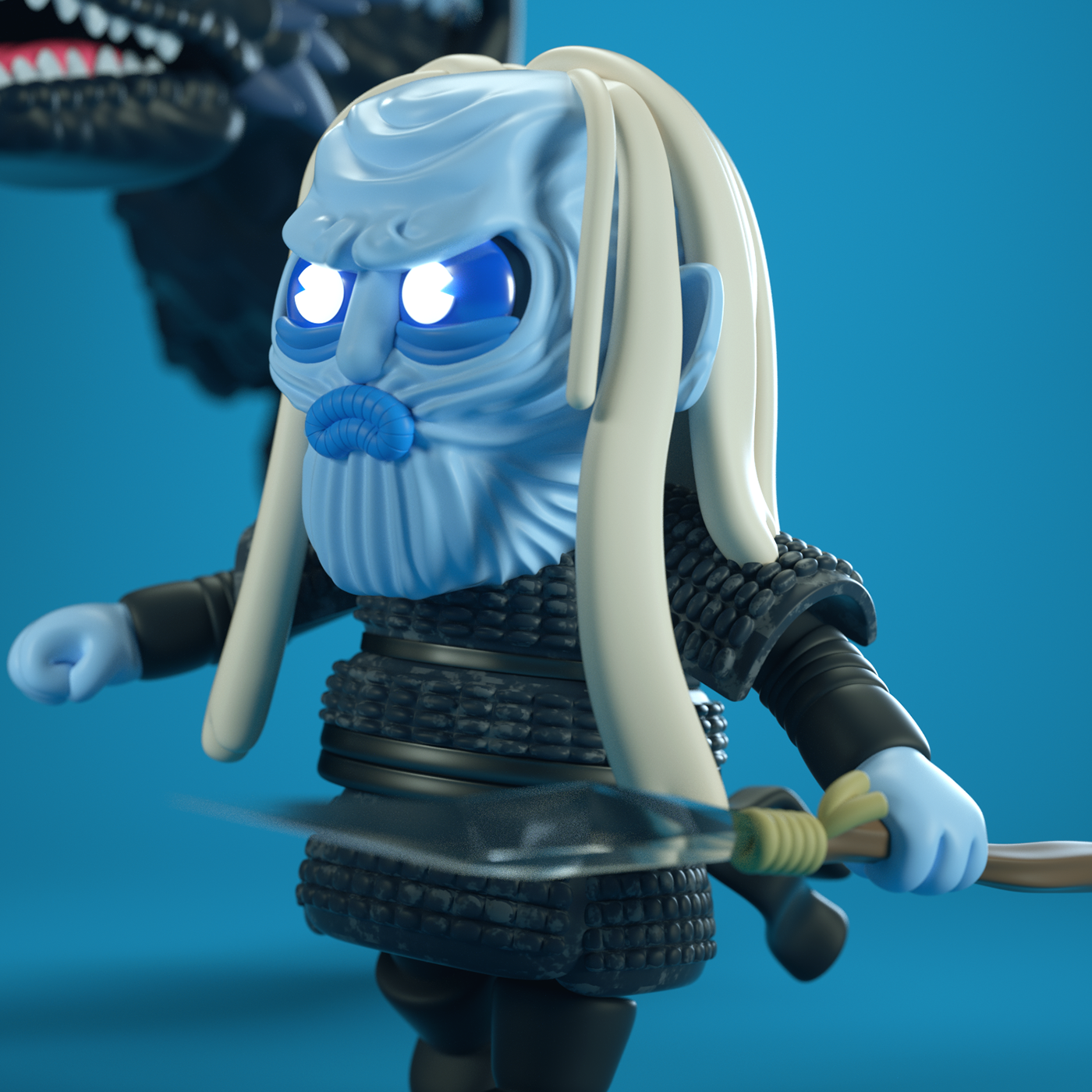 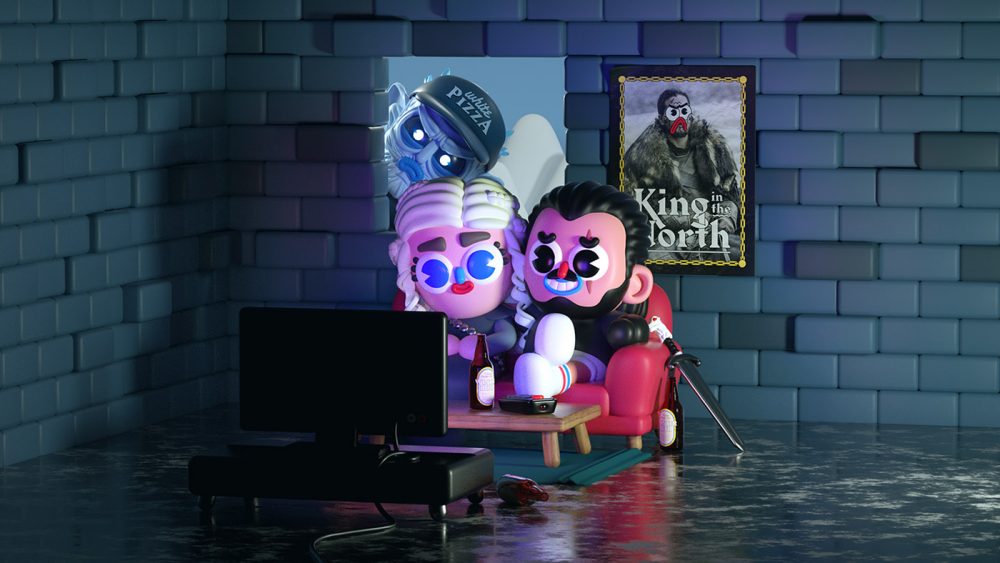 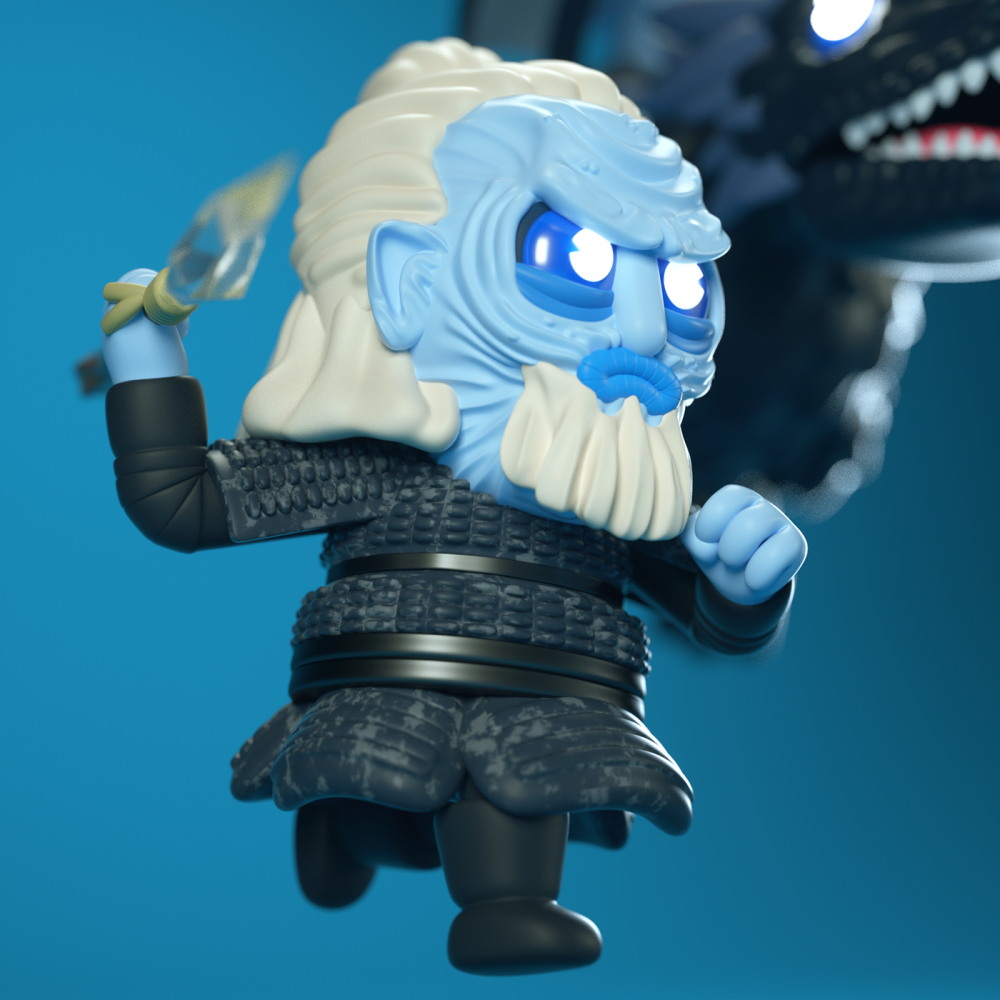 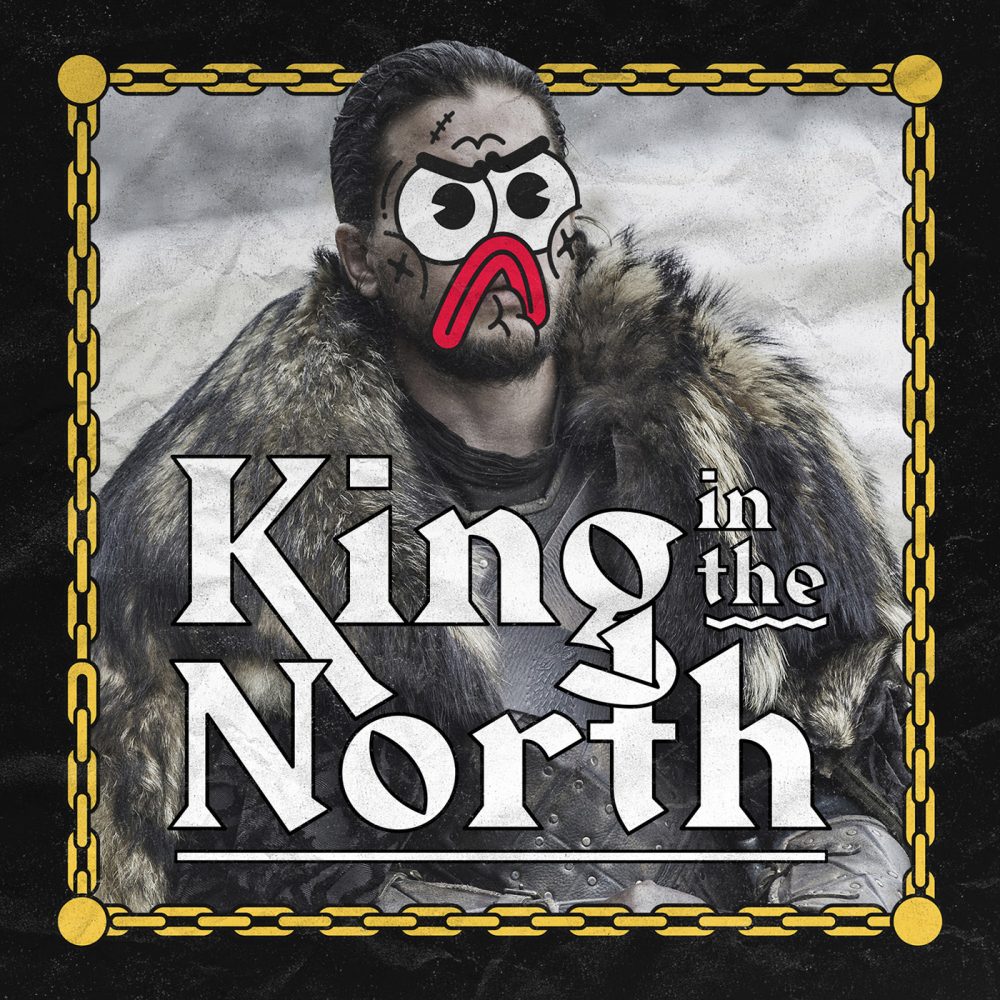 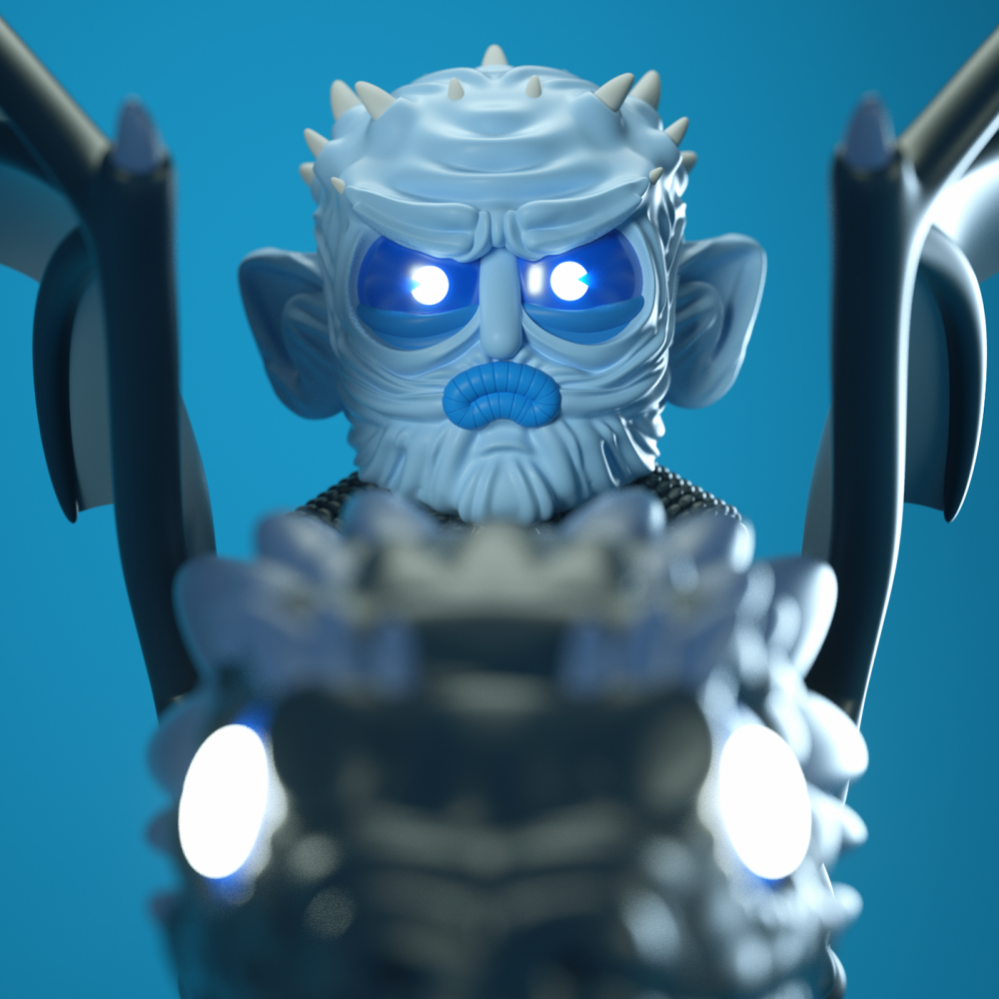 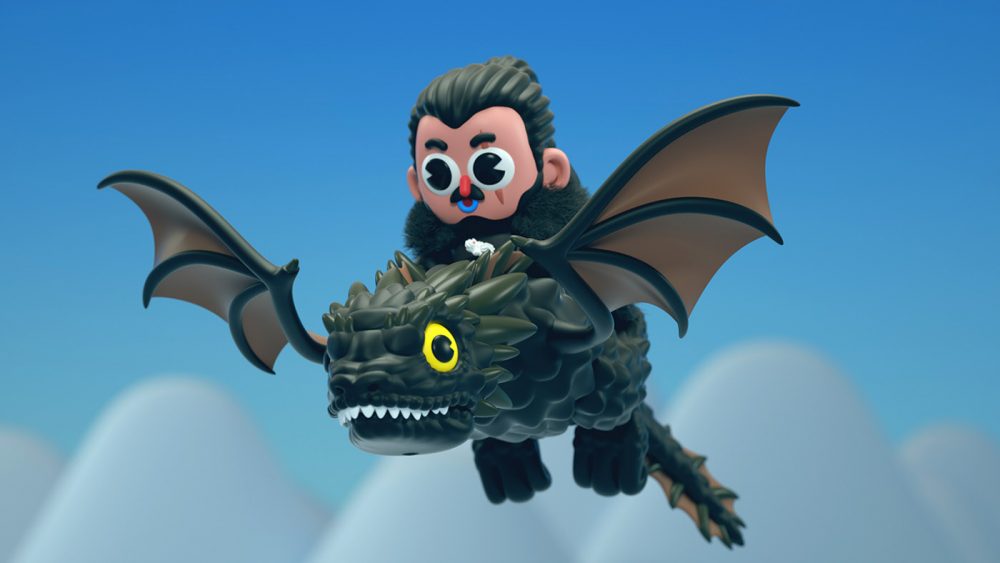 The El Grand Chamaco Game of Thrones Illustrations have certainly got their tongue firmly in cheek and include scenarios such as King of the North, Jon Snow, chilling on the sofa (presumably watching something other than Game of Thrones) and the aforementioned new two-wheeled career of the Night King to name but a few. Despite being highly stylised (to El Grand Chamaco’s own inimitable style), there is an immediate recognition for all the characters involved and this ace illustrations just leave us wanting more here at Coolector HQ.

We’ve featured the excellent work of El Grand Chamaco on the pages of The Coolector before, most recently with his hilarious line up of Halloween characters, and we’re loving his emphasis on pop culture with Game of Thrones the latest to come under his purview. Needless to say, there are plenty of other series which we hope he casts his gaze upon such as Breaking Bad, Westworld and Arrested Development.

It takes a lot of design talent and skill to bring much loved characters to life in new and engaging ways but El Grand Chamaco has certainly accomplished this with his superb Game of Thrones illustrations. Whenever we see that he has a new release of artwork, we always sit up and take notice and our patience has certainly been rewarded with this latest offering featuring the likes of Tyrion, Jon Snow and the Night King. 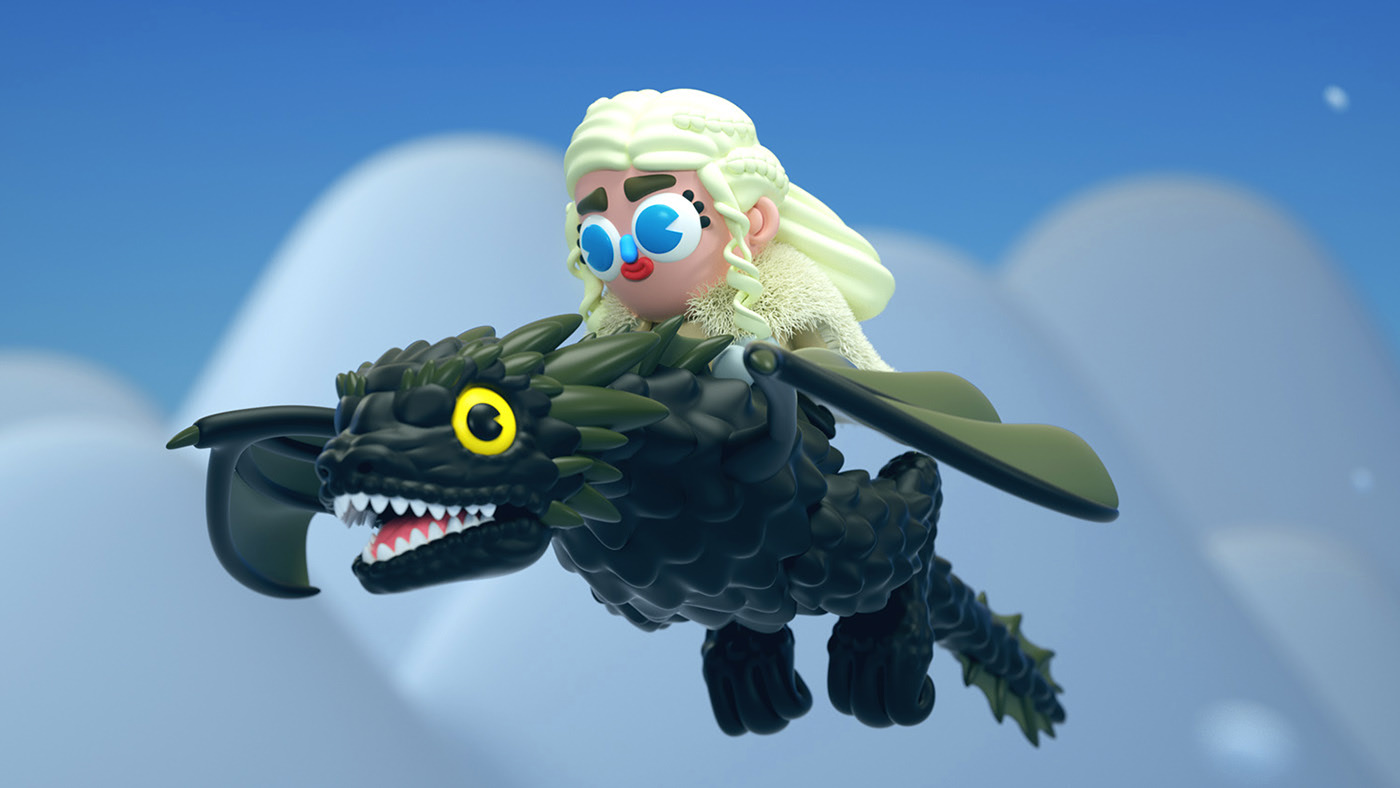 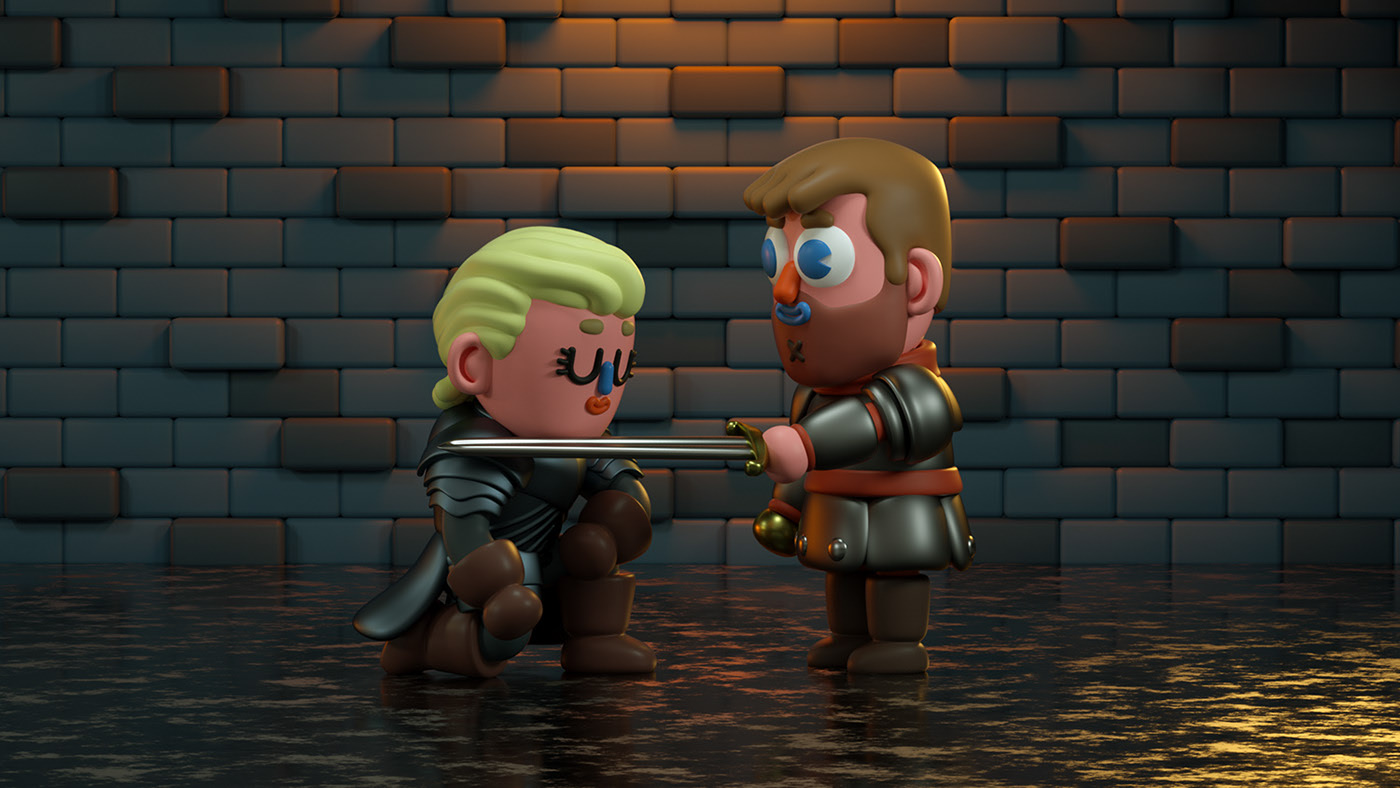 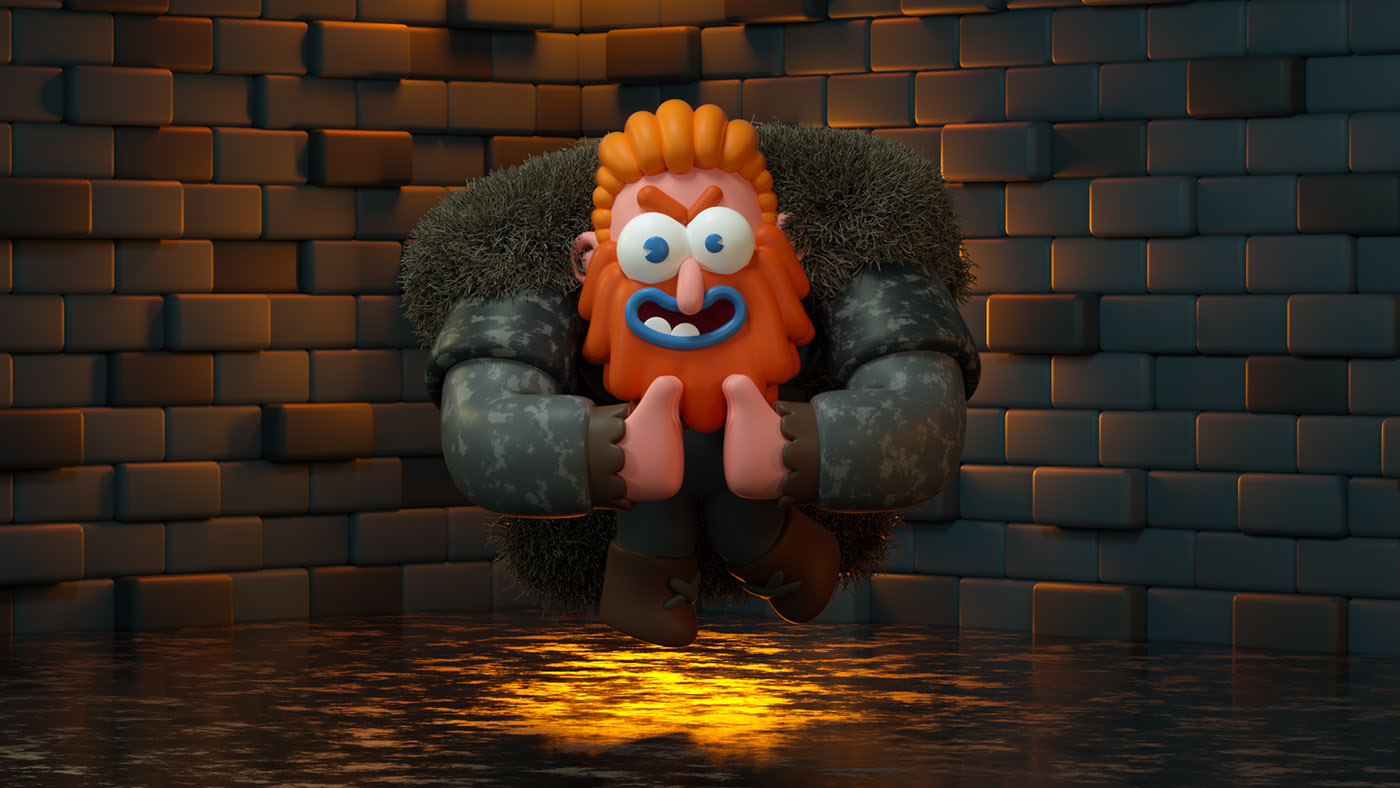 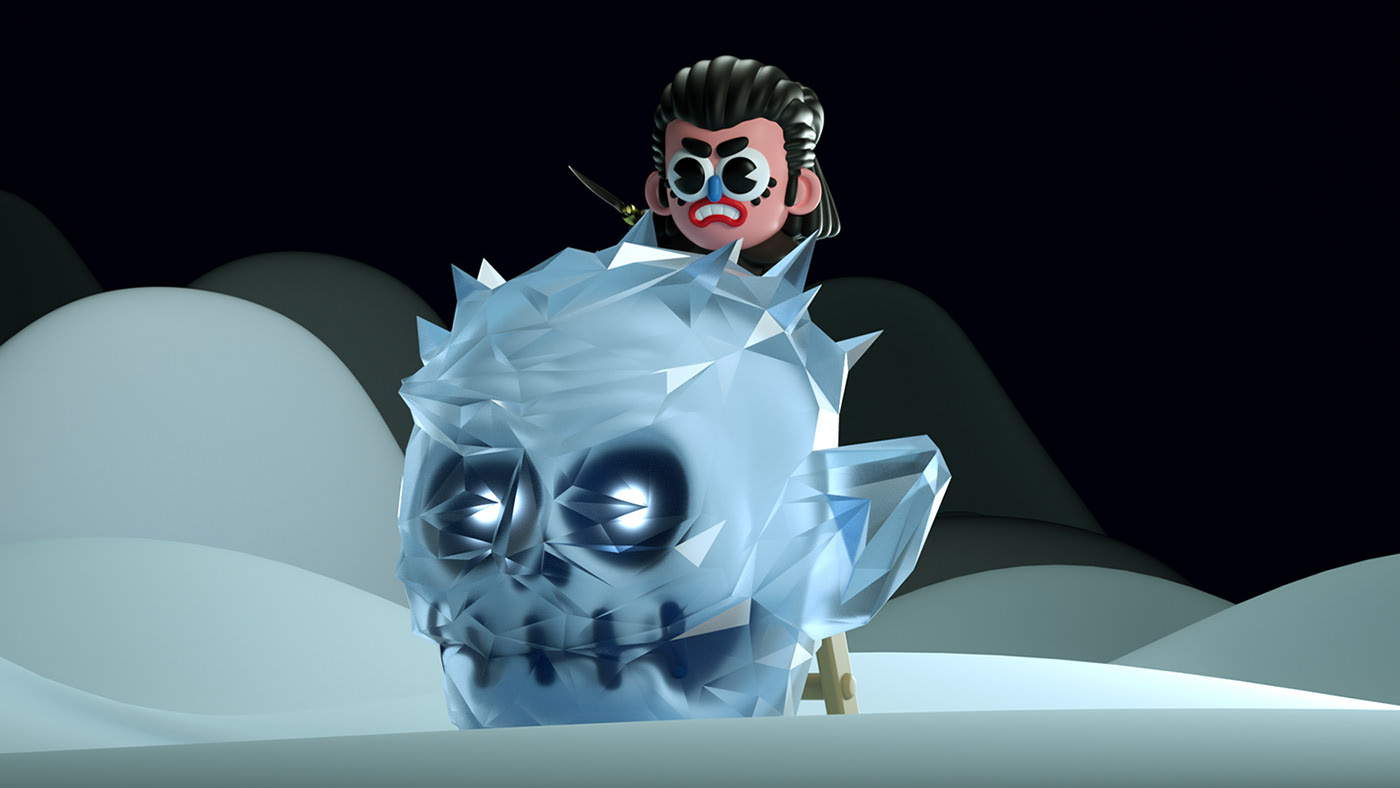 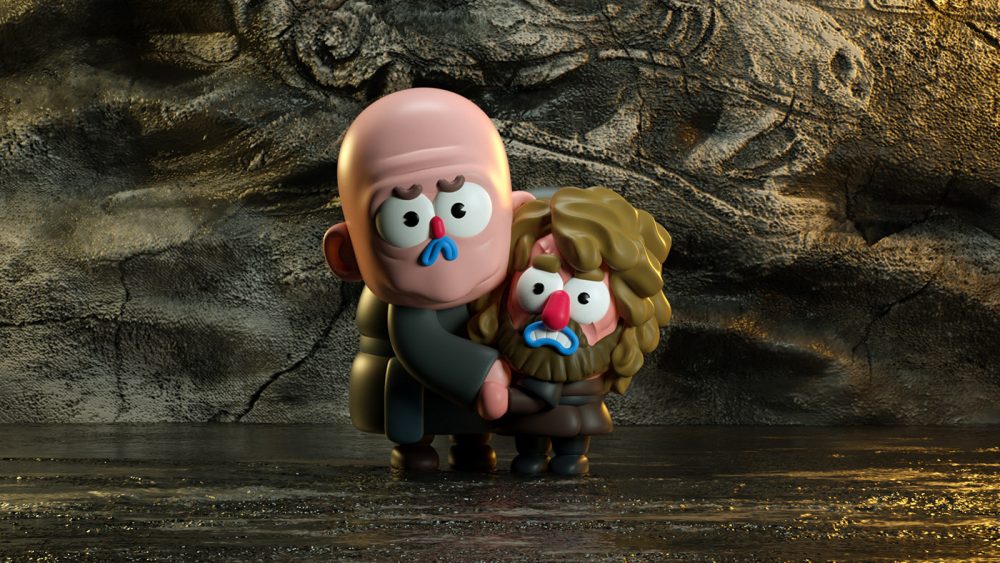 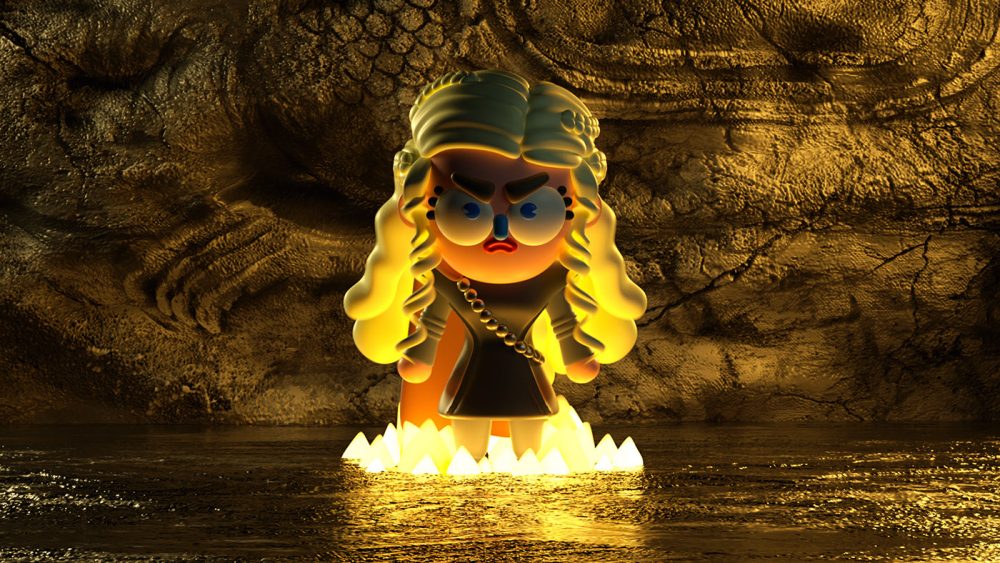 If you’re still reeling from the fairly limp ending to the Game of Thrones TV series than console yourself in this top class artwork from El Grand Chamaco. With all your favourite characters likely to feature and some genuinely hilarious takes on what the characters from the show are doing now, it’s hard not to wish for an animated version of the show using these expertly conceived figures.