We’re not going to lie, we thought the humble tape cassette had had its day here at The Coolector but it looks as though we might be wrong as it looks set rise phoenix like from the ashes courtesy of a cracking little piece of kit that goes by the name of the Elbow Cassette Tape Player which looks set to breathe new life into your once favourite form of listening to music. 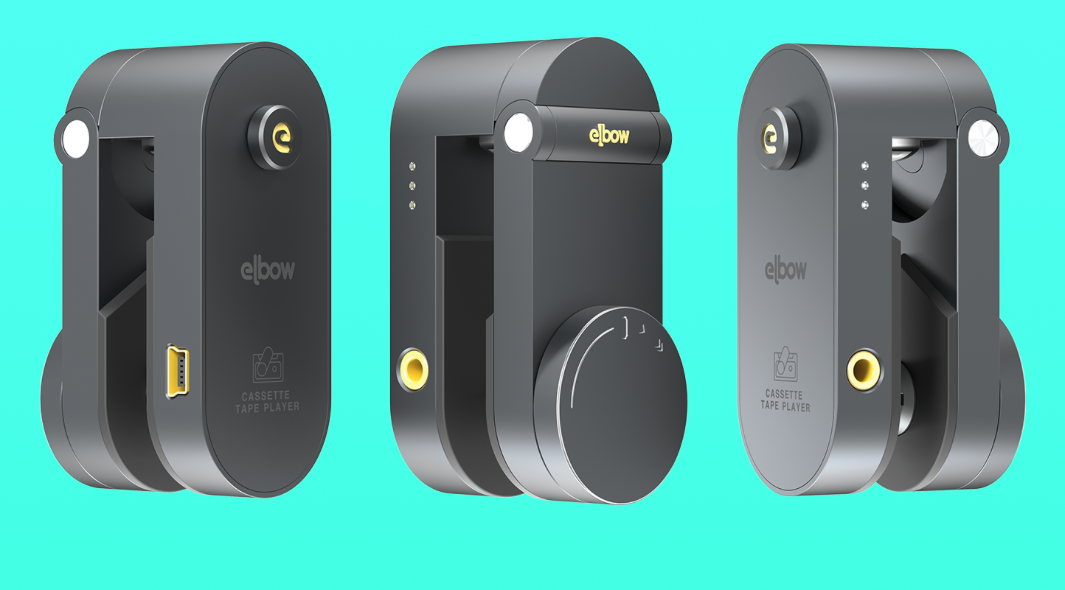 The Elbow Cassette Tape Player aims to bring the cassette tape back into the mainstream, much in the same vein as the massive surge in popularity of vinyl in the last few years, and this clever little bit of tech might just be the perfect catalyst for prompting a resurgence in interest in cassettes. Its innovative design is impressive to say the least and if you’ve fond memories of your walkman from the 80s and 90s, this is definitely a gadget for you.

The idea behind the Elbow Cassette Tape Player is a fairly simple one – it merely strips away the majority of the mechanical parts witnessed with a conventional cassette player and the end result is a supremely cool, minimal and laconic design that lovers of understated tech are certainly going to appreciate. It’s crafted with considerable care to ensure that it is extremely intuitive to use and user friendly so you’ll intrinsically know what to do and will be enjoying some of your old favourite cassette tapes in no time. 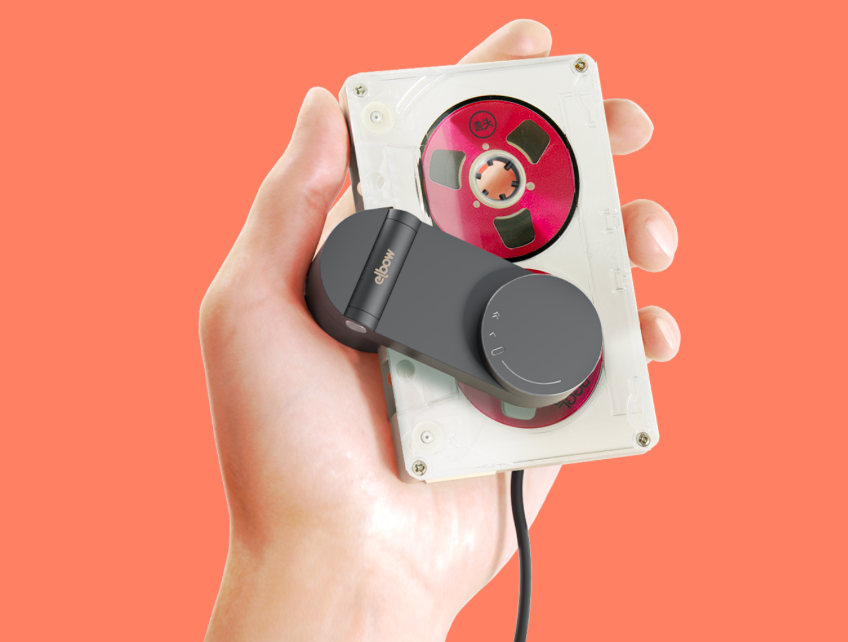 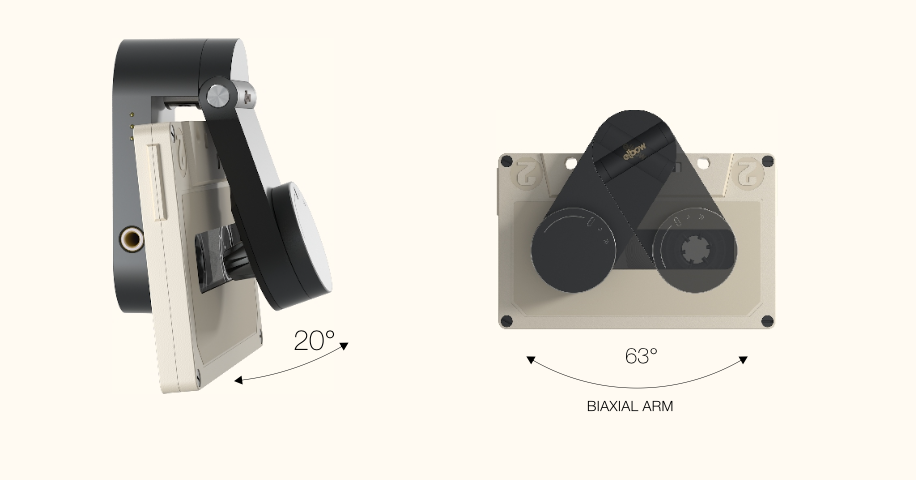 The Elbow Cassette Tape Player consists of a bi-axial arm and control wheel, which basically allows more playback control than you ever would have had with a conventional walkman all those years ago and it has an eye-catching modern design that belies its function and we’re big fans of the aesthetics of this superb little accessory here at Coolector HQ. 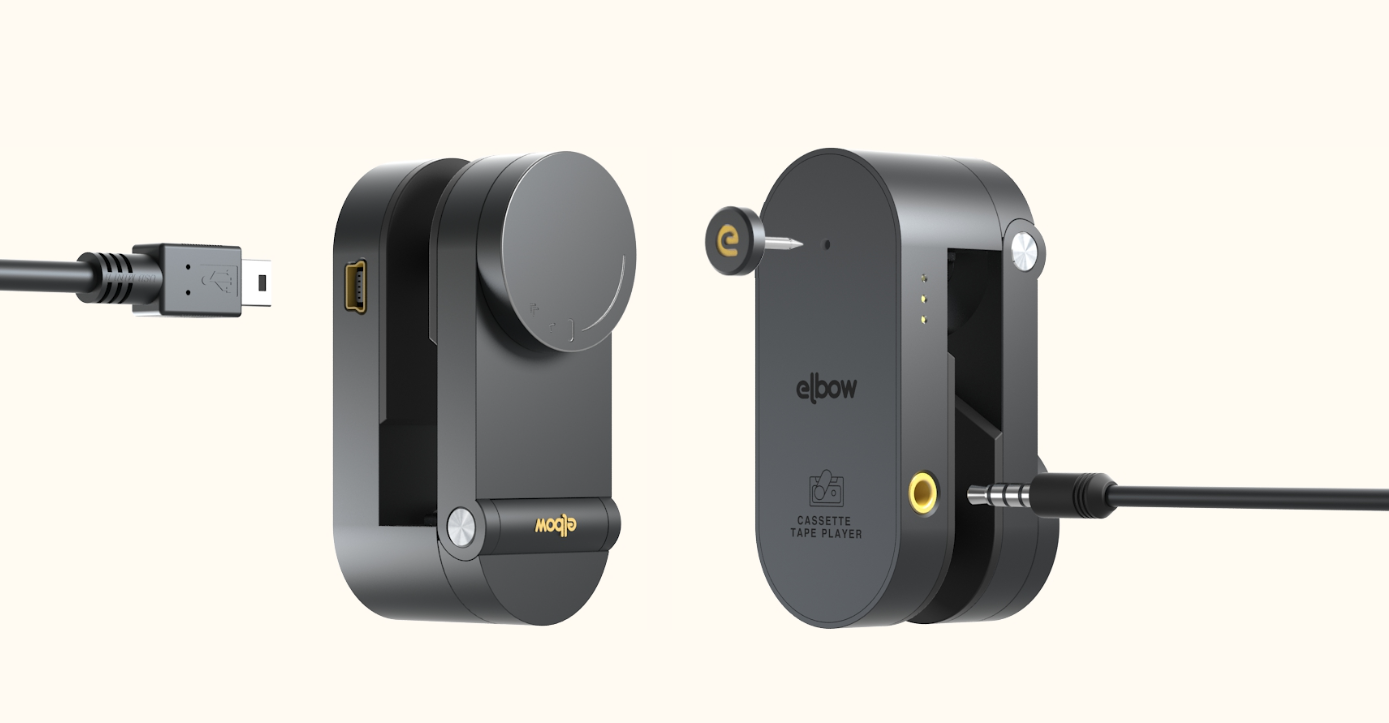 With an abundance of versatility and functionality, it really is difficult not to be won over by the Elbow Cassette Tape Player which can even be pinned to clothes and fabrics, which will turn your favourite tape into a fashionable accessory whilst letting you listen to your favourite tunes of yesteryear. Whilst it may not have the same understated charm of records, the cassette tape was a defining piece of tech for music lovers and this first rate bit of kit aims to bring it back to life in the 21st century.

It is fair to say that cassettes are a cultural icon for a generation of music lovers and, in our humble opinion, well overdue a comeback and that’s exactly the objective of the awesome looking Elbow Cassette Tape Player. Delivering a whole new user experience removed from what you’re used to with a walkman, this great bit of kit will unquestionably appeal to music lovers pining for a simpler time than digital downloads and that certainly includes us here at Coolector HQ. 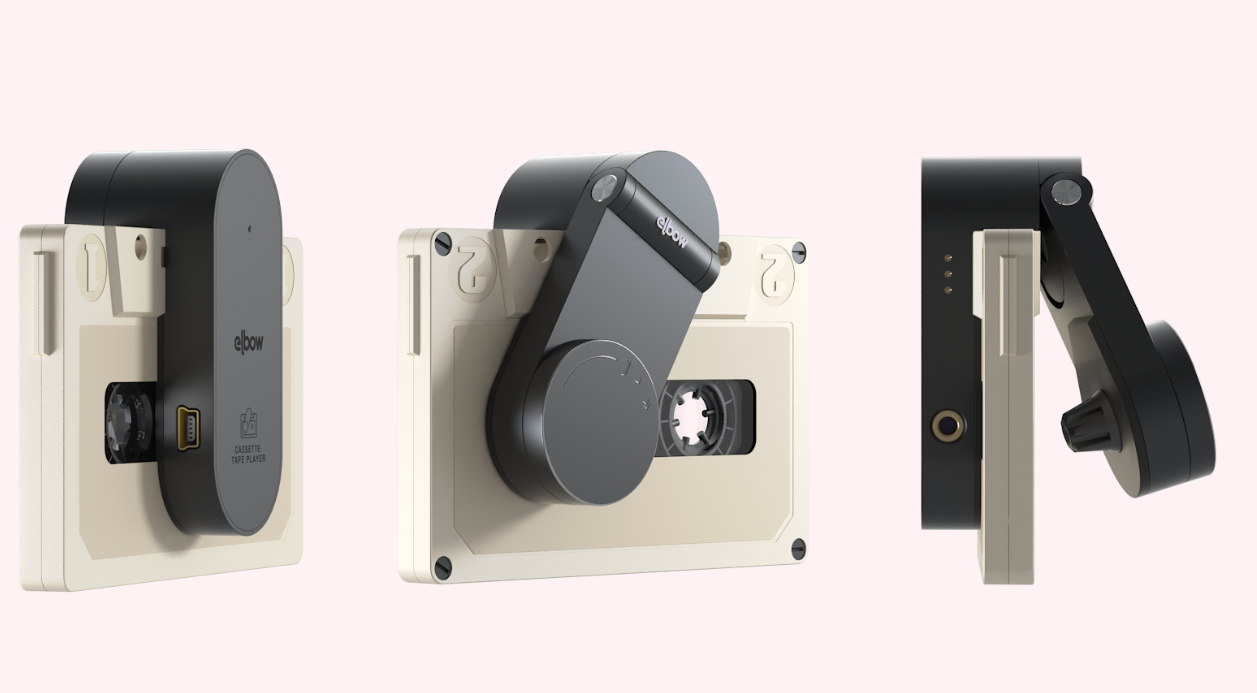 For anyone with a love of innovative tech, the 80s and with a stash of cassette tapes gathering dust, the Elbow Cassette Tape Player has likely propelled itself to the top of your must have list and rightly so. Great design, eye-catching visuals and intuitive usability all combine to make this one mighty impressive bit of kit and one we can’t wait to get our hands on here at The Coolector.