There are certain workshops when it comes to motorbike customisations that are a real cut above both aesthetically and in terms of the quality of the rides they produce and Federal Moto are definitely one that fall into this bracket. If you were in any doubt (we weren’t) then the brilliant looking Daisy Duke Motorbike from Federal Moto will well and truly change your mind with its striking visuals and superb performance. 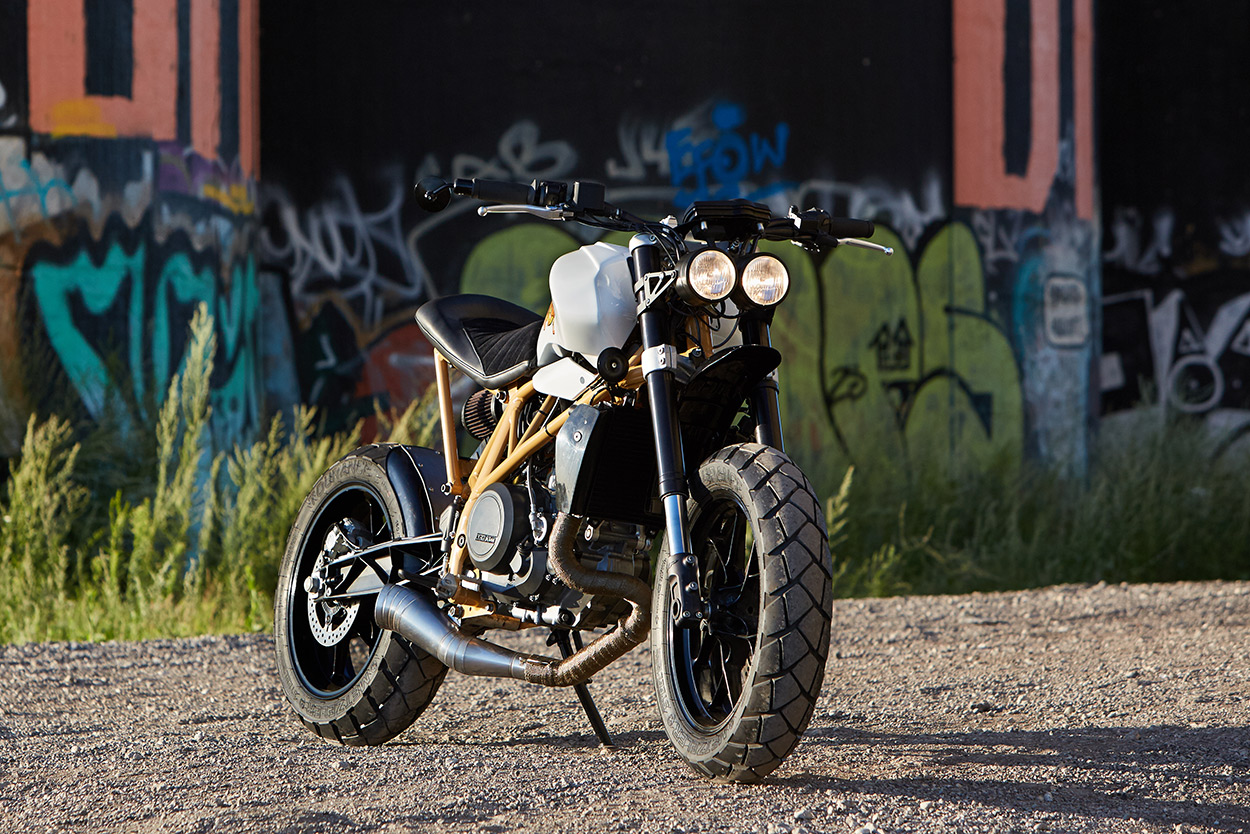 The Federal Moto Daisy Duke Motorbike is a fine example of how this bike workshop dares to do things a bit differently and is a bold and brave re-imagining of the KTM 690 Duke motorbike. If you like your rides to have a bit of character to them alongside an eye-catching performance to boot, this magnificent offering from Federal Moto will more than fit the bill with its visual prowess and sensational performance out on the open road.

A Ride to Remember

Visually speaking, particularly with its tiger motif, the Daisy Duke Motorbike from Federal Moto is impossible to ignore and the design objective of this creation during the customisation process was to streamline it as much as possible and get rid of any of the unnecessary bulk and plastic. As you can see from the finished product, it’s mission accomplished and it looks the part as well as performing admirably as well. 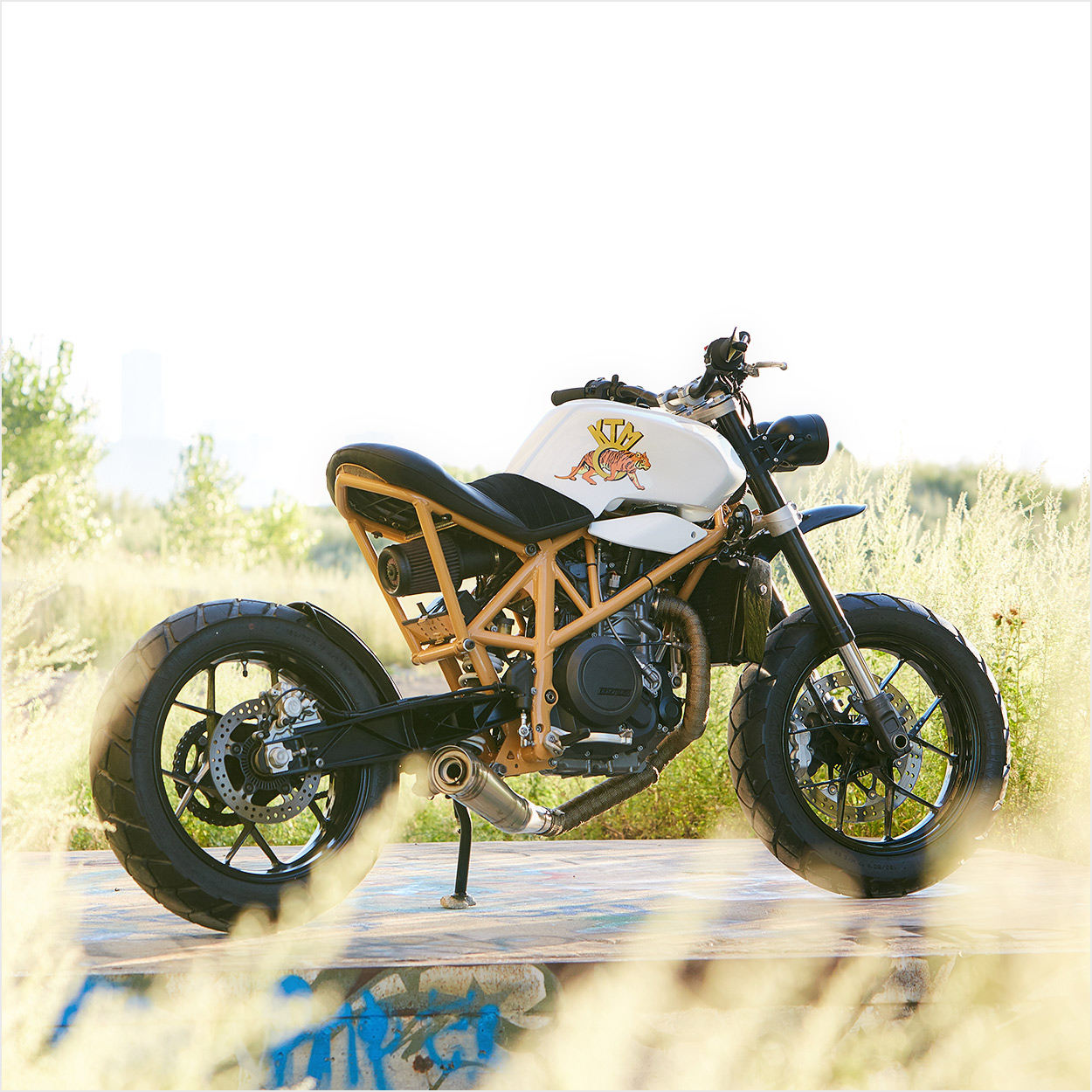 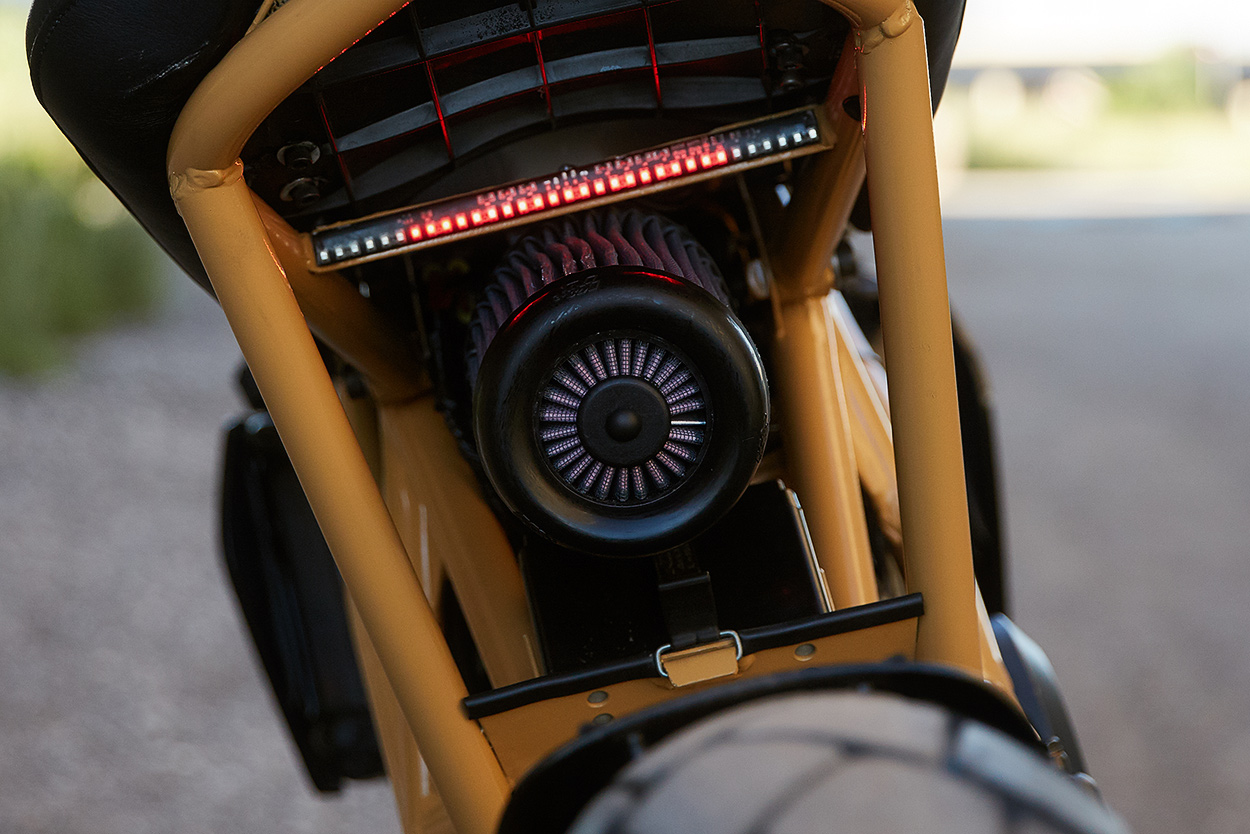 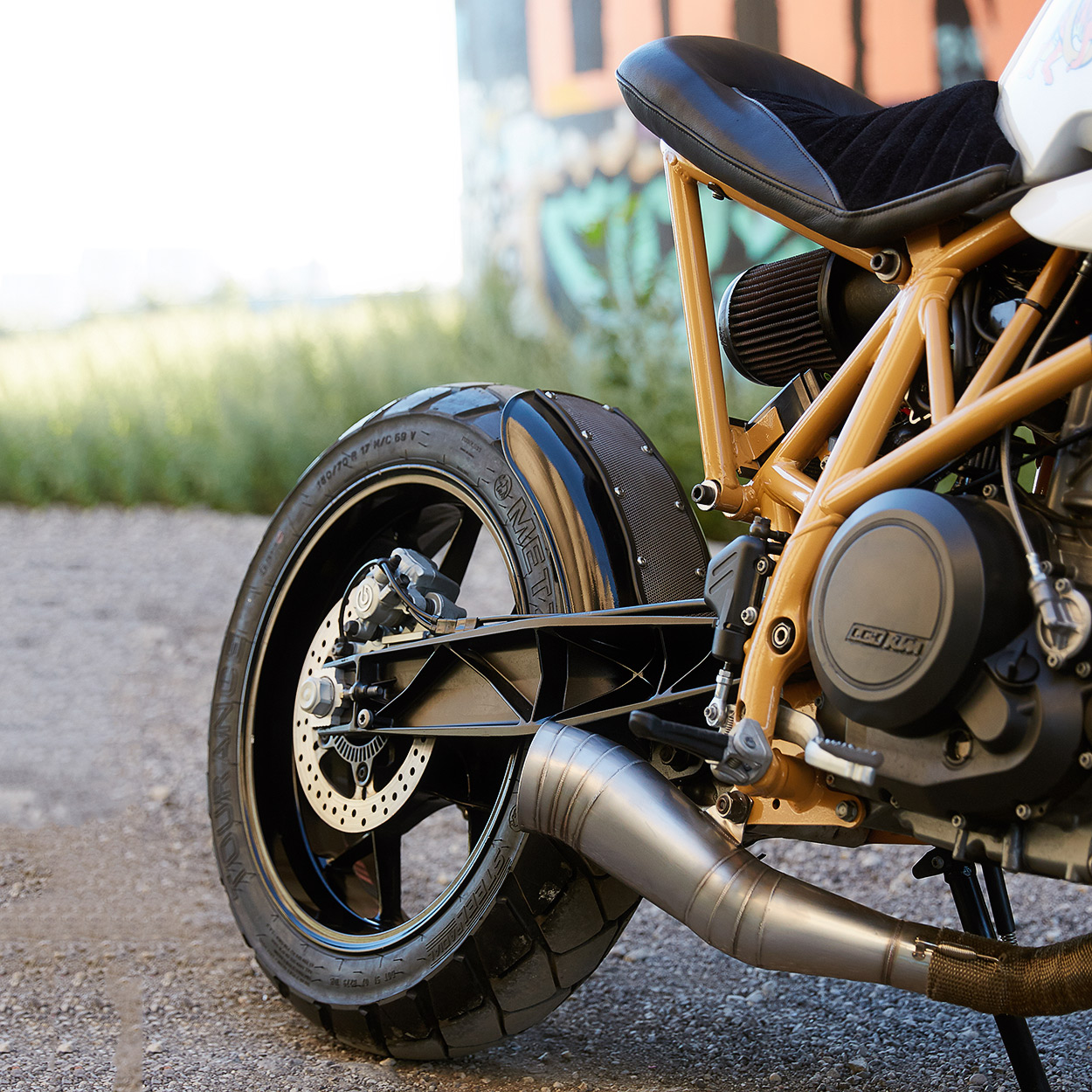 The Federal Moto Daisy Duke Motorbike achieves its streamlined visuals through the ditching of the stock air intake system which was instrumental in shedding a large proportion the bulk of the bike. In its place, Federal Moto installed a K&N filter to enhance intake airflow, and a ‘Smart Moto’ SAS valve plate kit to allow for a better exhaust flow. All these changes gave the bike a much more understated visual impact but one that is brought to life by the eye-catching artwork and design. 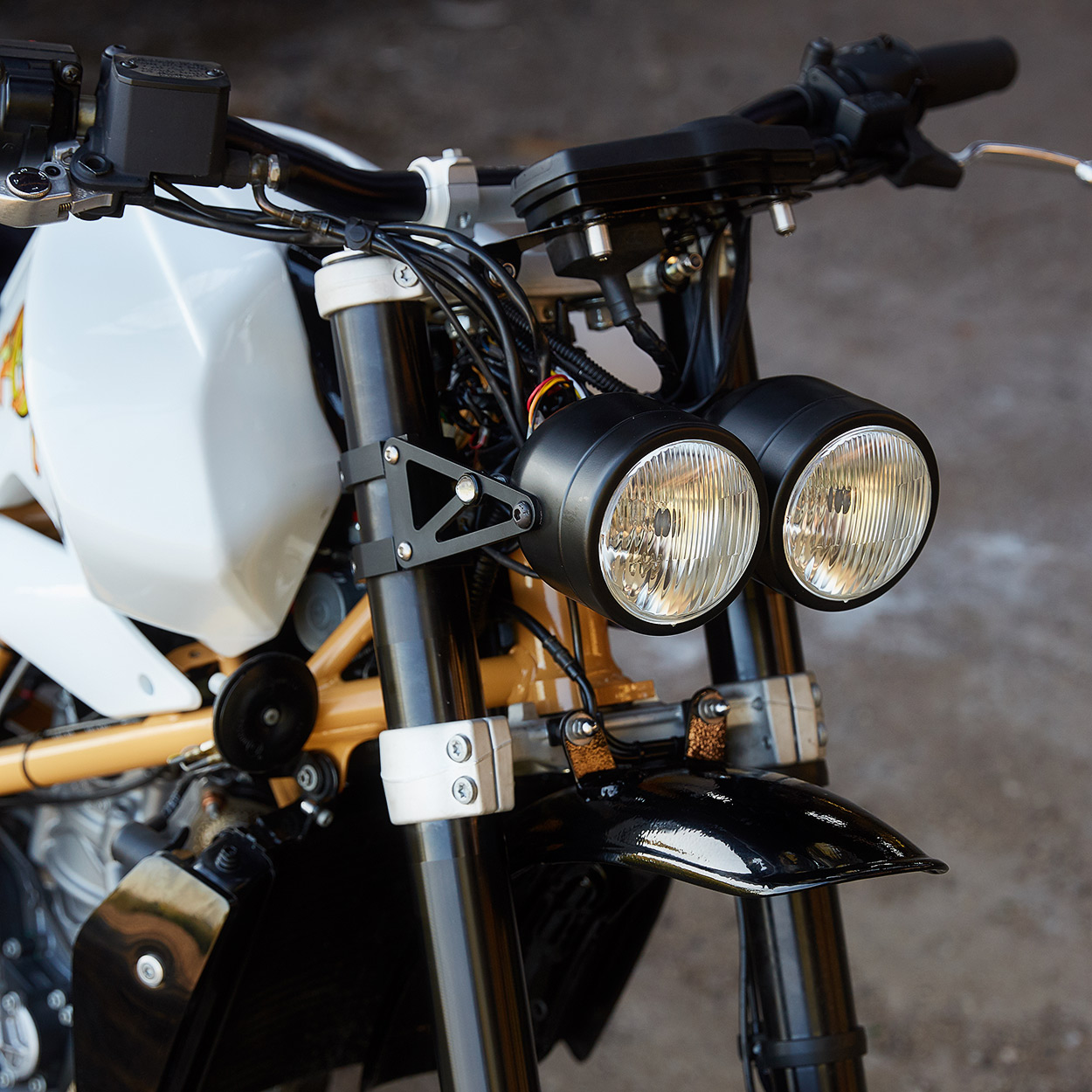 Federal Moto are a bike workshop we’ve featured a few times on the pages of The Coolector and they never disappoint with the quality of their builds. The Daisy Duke Motorbike is a great example of their design flair and capacity for stripping things back to basics to deliver a much more compelling contraption. This top notch steed has a custom-built subframe and seat, which was crafted to be kicked-up and as short as possible. The seat upholstery is decidedly dapper with a sumptuous mix of leather and suede. Hiding beneath this seating is a svelte Lithium-ion battery from Antigravity that delivers the cracking performance of the bike.

Putting the Fun in Functional

Offering a genuinely enjoyable ride, the Daisy Duke Motorbike from Federal Moto really does stand out from the crowd and we’re loving its visuals here at Coolector HQ. There have been plenty of upgrades during the customisation process which includes Renthal fat bars, Biltwell Inc. Renegade grips, not to mention the infinitely impressive custom exhaust system with a titanium wrap. 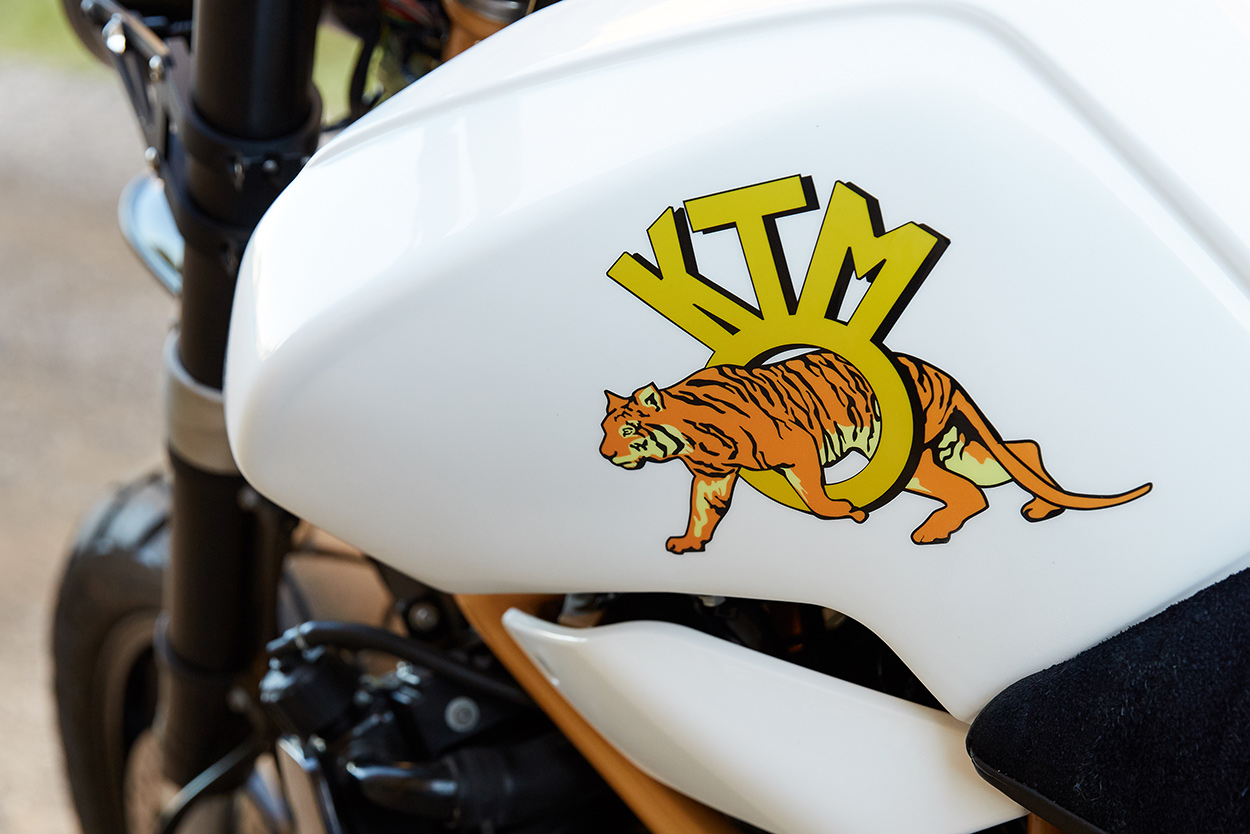 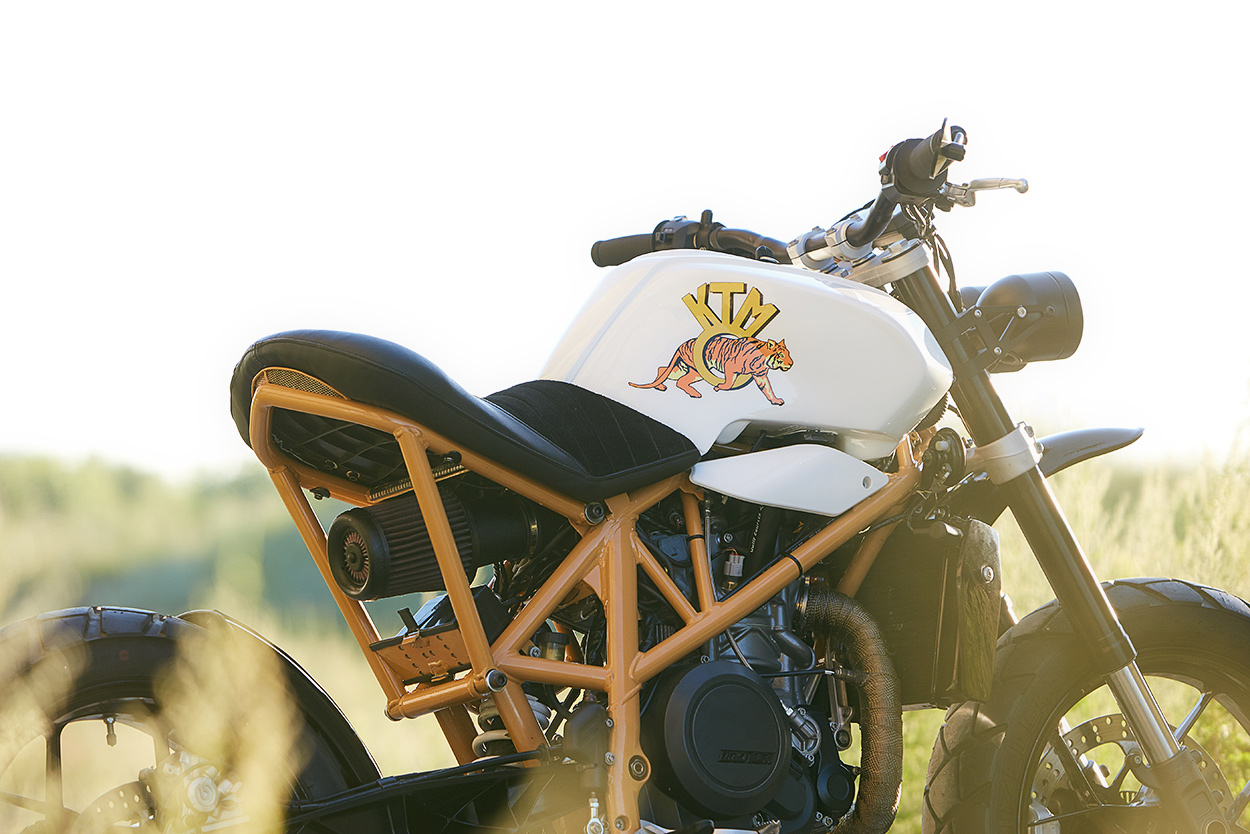 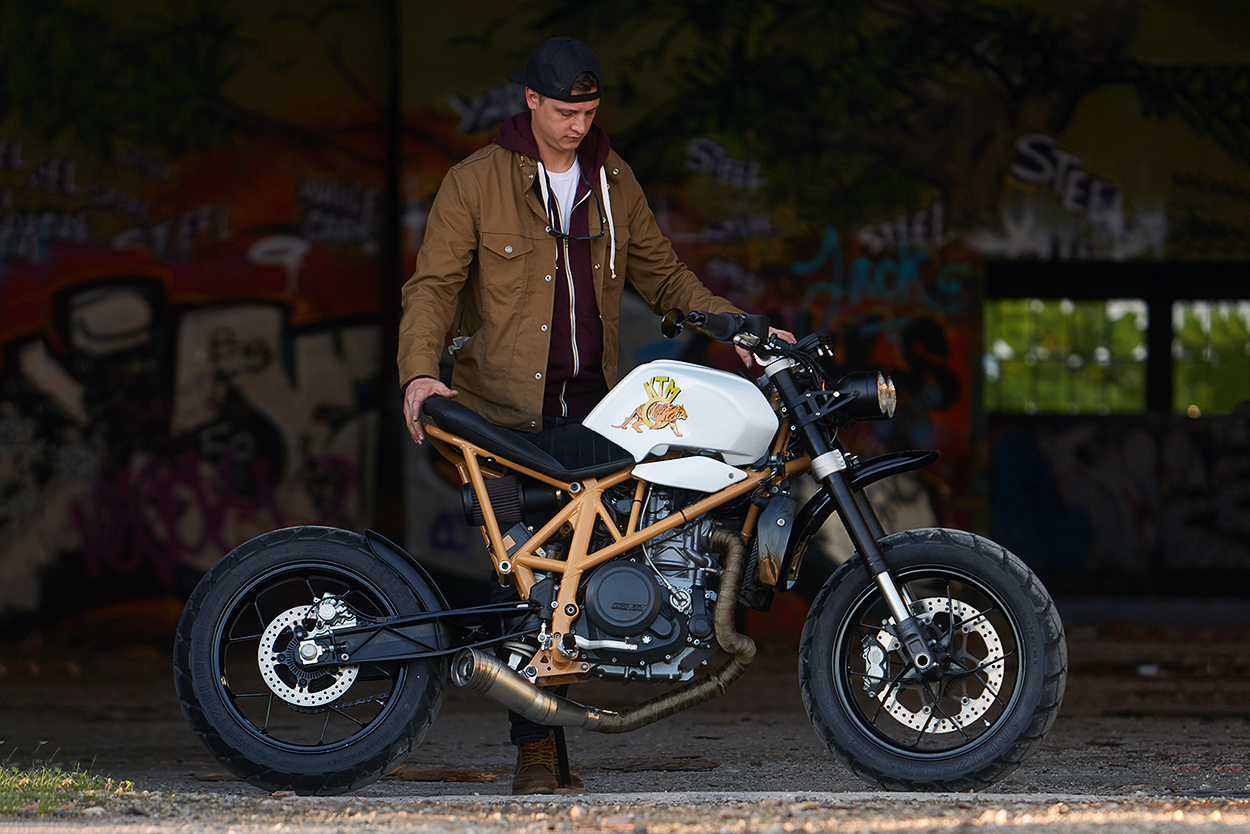 Another fine example of the engineering and customisation prowess of Federal Moto, the Daisy Duke Motorbike has the perfect finishing touch of the original KTM tiger logo from 1953 that was only used for one year. It was the ideal accent to finish off the bike’s design and really makes the exterior pop with colour.