The Ferrari 365 GTB/4 was the answer to the world’s first supercar, the Lamborghini Miura. And what an answer it was. Debuting at the Paris Auto Salon in 1968, the 356 GTB/4 blew the Miura AND car lovers away with its story, elegant design, and speed. While it wasn’t the first supercar, the 365 GTB/4 Daytona Plexiglass was certainly the better of the first two.

The historical context of this vehicle is arguably as enjoyable as looking at the stunning car itself. Achieving a top speed of 174 mph, it was the fastest car ever built at the time. Boasting a ferocious 353-bhp Lampredi four-cam V12 engine, it has left an indelible mark on the motor vehicle historical landscape. Ferrari are well known for the beauty of their classic cars but this one available to purchase from luxury car specialists, Schaltkulisse, takes things to a whole new level in our opinion here at The Coolector.

Of the 1,284 Daytona’s ever made, this specific model, chassis #12419, is the second to roll out of the factory, and one of the 530 that left the factory with a plexiglass nose. It was finished in 1969 and shipped to an official Ferrari dealer Auto Becker in Düsseldorf, Germany. In that same year, it was showcased that September at the 44th IAA Motor Show in Frankfurt, where motor vehicle enthusiasts came far and wide to see the lightning-fast car.

Its electric Giallo Fly (20-Y-191) body color and Nero (VM 8500) leather interior dropped the jaws of many, and the car only continued to evolve in its power and beauty. For a time, it was professionally converted to a Spider by the inimitable Carrozzeria Bachelli & Villa in Modena, Italy, where it sported a red coat with a red and black interior color scheme. It passed through the hands of many caring owners, such as Giancarlo Gagliardi; Gérard Boireaux in Belgium in the ’80s, where it was displayed at Autoretro in 1989; and finally, over to Eric Hamdi, owner of MMC Watch boutique in France, who conserved the car for 15 years.

The car has since passed through Paris in 2011, and Modena in 2015 before landing with its current German owner and Schaltkulisse. More recently, the #12419 is converted back to its original design and fully restored, better than ever. Engraved on the engine block is the code AP/8, which Ferrari claims to be the abbreviation of a prototype department. The car is, inside and out, bursting with a palpable vitality, and will forever remain an iconic tribute to the elegant design of Ferrari’s everlasting excellence. This is one car that is crying out to be added to any classic car aficionado’s lineup. 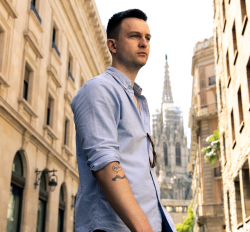