Electric bikes are increasing in popularity all the time but for those looking to use them for commuting have long been waiting for the perfect folding iteration to hit the shelves. Well, the wait might just be over courtesy of the rather excellent looking FLIT-16 Folding Electric Bike which is funding on Kickstarter now. Heralding from our own neck of the woods, Cambridge, FLIT have a pretty impressive heritage in the world of engineering and product design so it stands to reason that excitement is high surrounding their eBike release.

The FLIT-16 Folding Electric Bike on Kickstarter is billed as a brand new generation of folding eBikes which takes performance and design to a whole new level. Available for £1500 during the Kickstarter campaign, which is some 40% off the RRP, now is the time to move if you want to bag one of these electric bikes for a bargain price. Developed in Cambridge, England, by an ex Jaguar Land Rover engineer, FLIT have designed it from scratch to be the best in its class: it is not only the best looking folding ebike, but also the best to ride.

First and foremost, FLIT wanted to make their folding eBike fun to ride and this was built into the design of the bike. It has lithium ion cell technology hidden in the frame and you can travel up to 50km on a single charge, which is over 3x the average UK cycle commute so it will offer more than enough juice to get you wherever you need to go. The lithium cell maximises the rigidity of the frame for the best ride quality each time you climb into the saddle and you’ll be blown away by just how much fun it is to ride the FLIT-16. 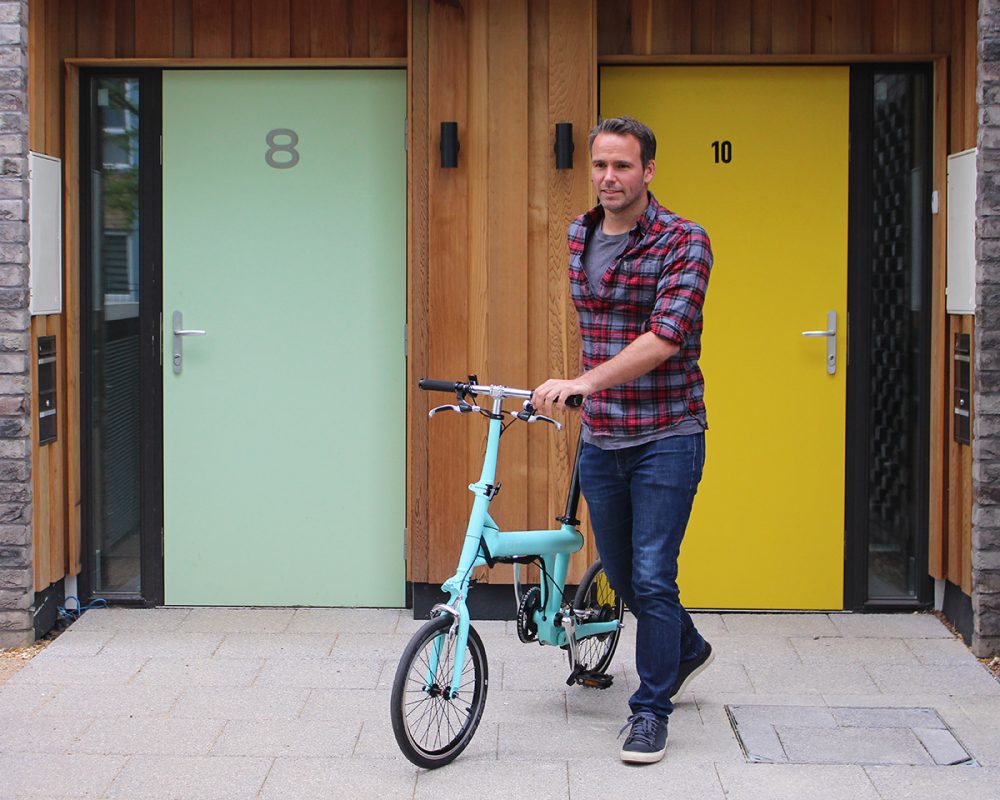 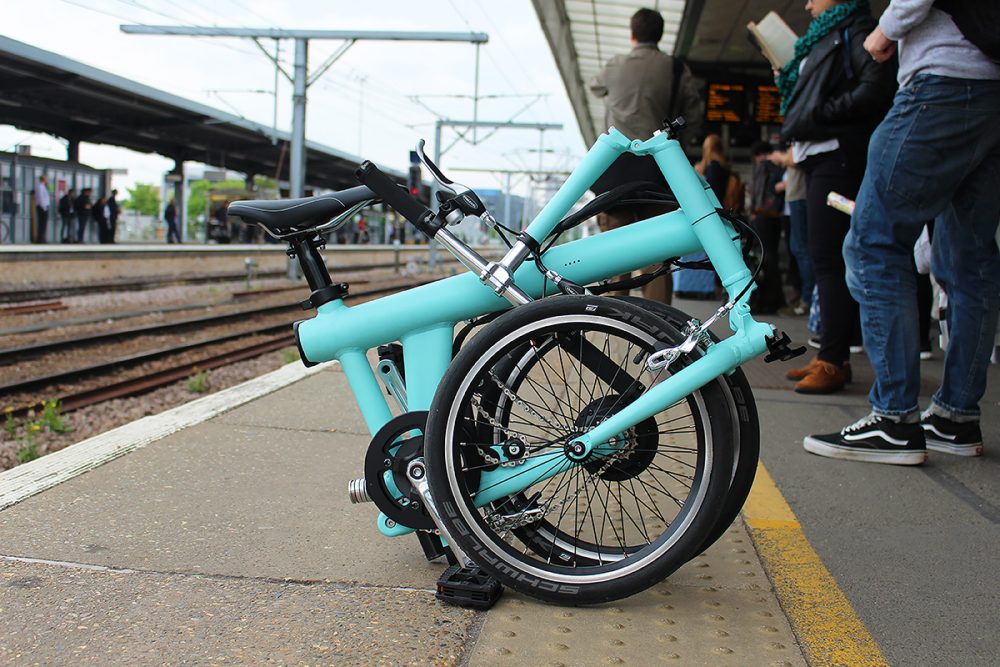 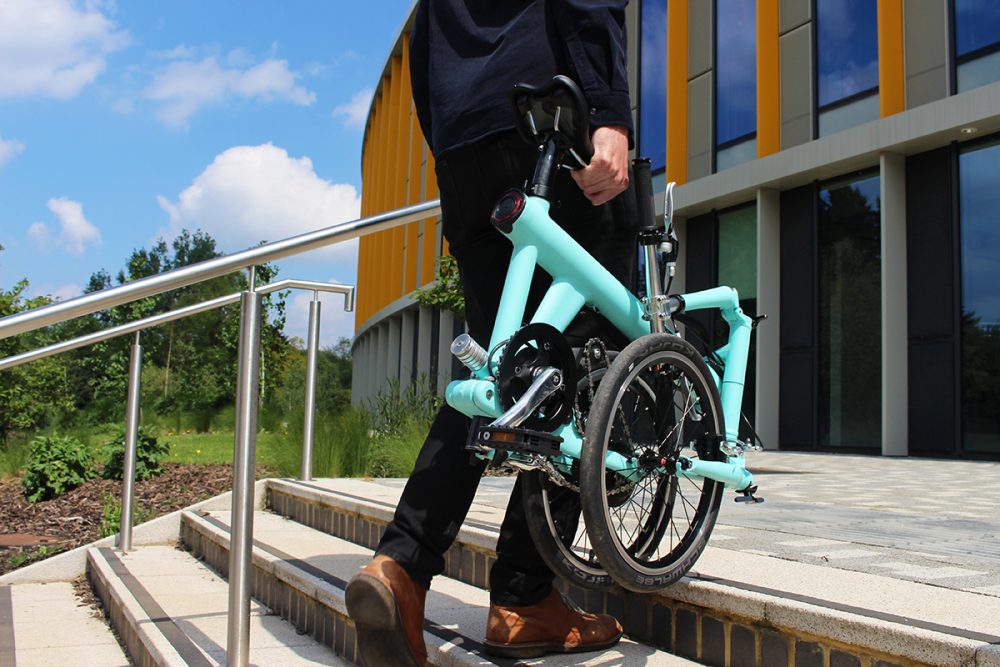 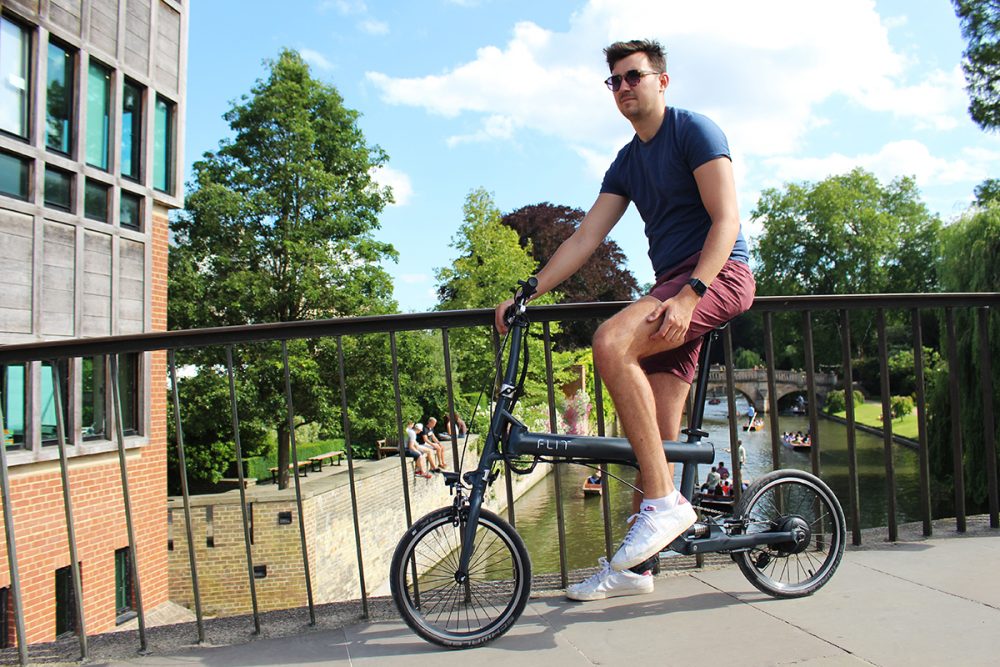 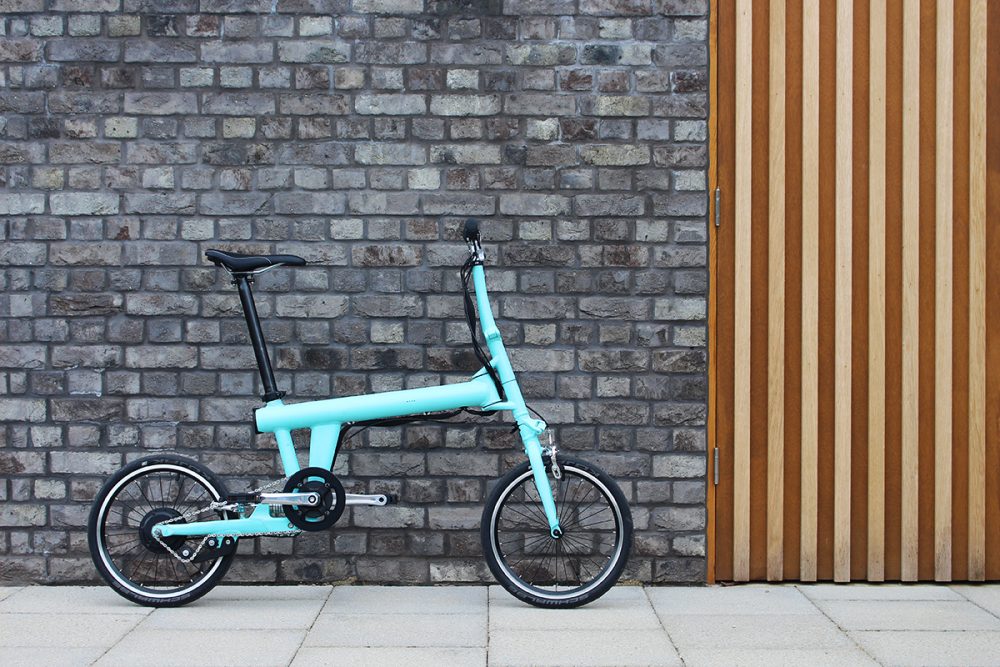 The FLIT-16 Folding Electric Bike on Kickstarter (£1500) can be folded up in just 10 seconds: with three simple steps to roll the bike, and a further step to complete the fold. FLIT’s unique folding mechanism enhances ride quality: unlike other folding bikes they’ve managed to keep the main frame hinge free to maximise the rigidity of the ride which delivers a more stable performance out on the open road. Weighing in at just 14kg, it’s easy to lift your ebike upstairs, or just stop, fold and roll straight onto the train.

FLIT have designed the fantastic looking FLIT-16 Folding Electric Bike to roll when folded on its own wheels: maximising stability and manoeuvrability. It can be stored incredibly easily as its compact folded size fits neatly into your lifestyle: under your desk, on the train or in the hallway at home. First class design and craftsmanship combine to make this one of the most impressive eBikes on the market and it’s not hard to see why it has already taken Kickstarter by storm.

The FLIT-16 Folding Electric Bike has integrated front and rear lights to make sure that you’ll always be seen out on the open road at night. It also boasts a custom built suspension system to make sure all of your journeys go smoothly and in considerable comfort. Made from a corrosion resistant 6000 series aluminium frame won’t rust, FLIT have also added steel reinforcements in the hinges so that they’re built to last. 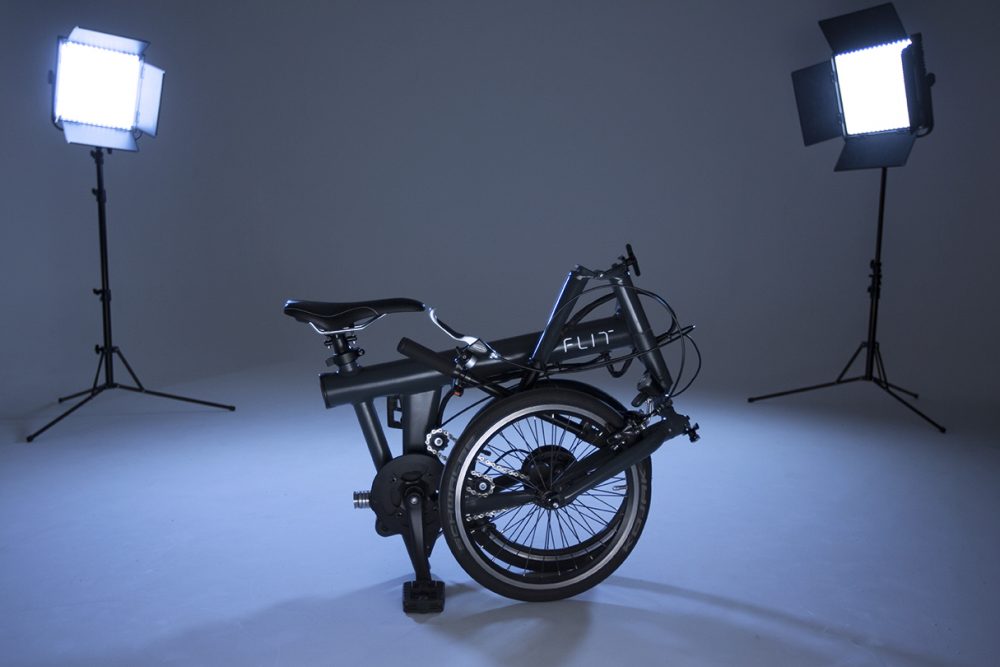 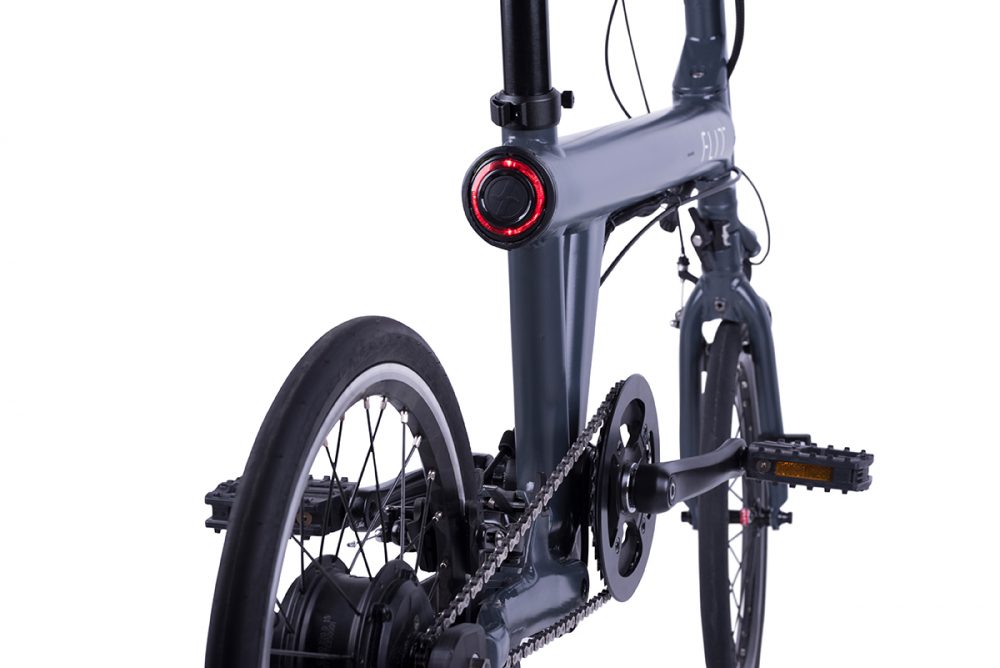 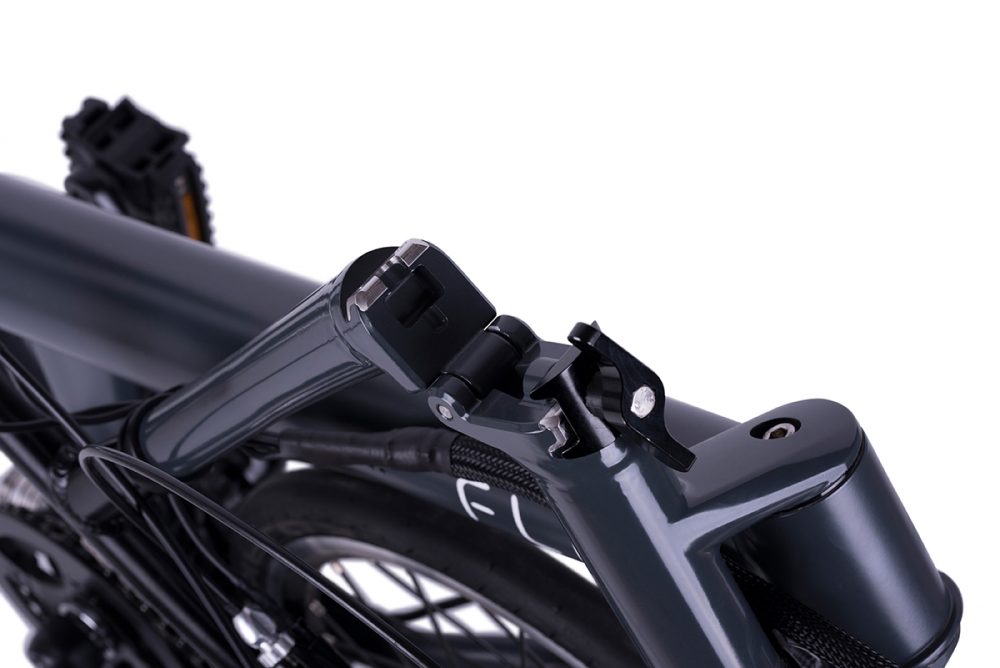 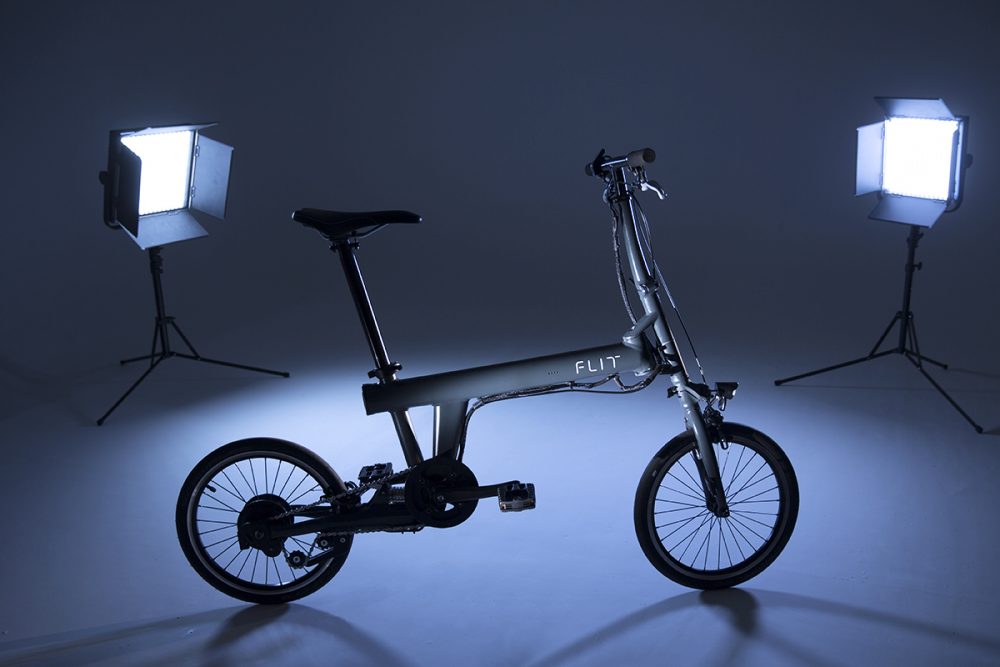 Available for the bargain price of just £1500 during the crowdfunding campaign, which is almost half price, you’ve still got a few weeks to secure one of these FLIT-16 Folding Electric Bikes for an unbeatable price. The ideal steed for any urban commuters out there, this fantastic looking eBike is built to last with a performance like no other.

Written By
Leo Davie
More from Leo Davie
Given that holidaying abroad seems like a bit of way off for...
Read More