If you like your films to feature song lyrics such as ‘filthy fat fuck’ and ‘fidgety digits’ then the chances are ‘Frank’ (2014, Abrahamson) will float your boat like the Queen Mary on rough seas. Alternatively, if you find yourself one sentence away from declaring ‘Taken’ as the best film ever-made, then don’t bother, as you’ll end up walking out like the silly nitwits whom unwittingly entered into my screening.

‘Frank’ enjoys a rich, comedic packed script that quite clearly oozes independent cinema, and for those of you willing to test the waters with a foray into unchartered territory, you won’t go far wrong with ‘Frank’ as a starter. I will however urge those watching to banish any paper-Mache head ideologies before viewing, as carrying this into the film will serve to ruin your viewing experience. 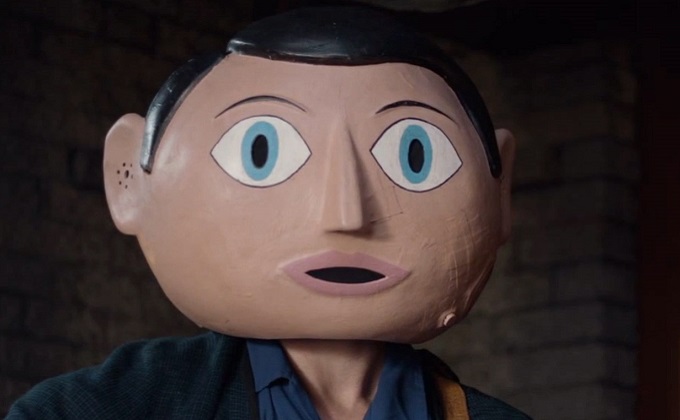 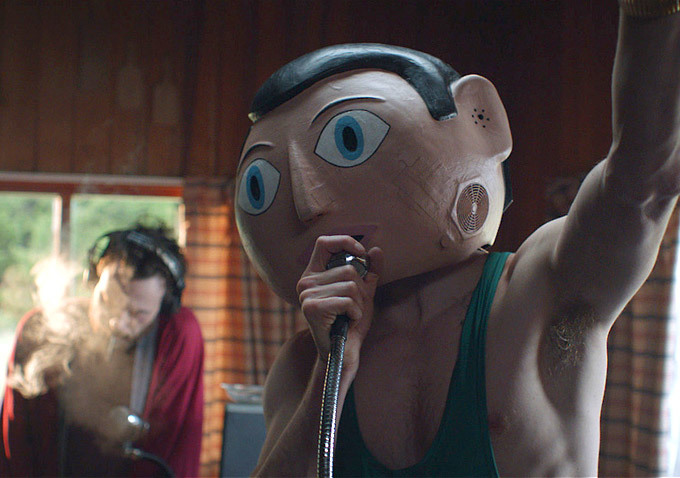 As you’d expect from a stellar Hollywood superstar, Michael Fassbender portrays a solid, exciting performance as the titular character, showing he’s at ease with comedy, in the same way he’s at ease playing a sociopath. Fassbender aside, director Leo Abrahamson deserves commendable praise for the recruitment of supporting actors Maggie Gyllenhall and Domnhall Gleeson, although highlighted praise is reserved for Scoot McNairy, whom I thought was harrowing as the band’s psychologically unstable manager and former keyboard player, ‘Don’.

‘Frank’ is fun and engaging throughout, cleverly instigating Twitter as part of the narrative, to deliver an overall solid black-comedy. Unfortunately the film loses its edge a little as the climax approaches, in a conclusion that feels all too rushed; although the stunning final scene and performance of ‘I Love You All’ ensures the film signs out on a high note.

‘Frank’ won’t be the best film you see this year, but you will undoubtedly remember it for all the right reasons; it’s the type of film you call ‘decent’ and in our book at The Coolector that’s more than good enough.

Written By
James Gear
More from James Gear
Owning a shed is an objective for most men but the term...
Read More