Brilliantly entertaining evening, bringing a classic movie back to life in a whole new and engaging way.

So, I’ve seen the future of cinema and, somewhat aptly, it goes by the name of Future Cinema in a fortunate twist of fate. Last night I attended a Future Cinema screening of the 80’s classic (and one of my personal favourites) Ghostbusters and, I’m pleased to report, that it was rather exceptional indeed.

Permit me to explain what Future Cinema is first and foremost. It is a much more interactive and engaging way of watching your favourite films where a raft of actors are drafted in to act out some of the pivotal scenes from the movie as they happen on screen. It seems like a simple premise but along with great use of lighting and various other props, it really does add a great deal to the movie experience and it worked particularly well in the case of Ghostbusters which undoubtedly lends itself well to this sort of grandiose production.

The event unfolded in the Troxy Theatre in the East of London and the vast, impressive structure was painstakingly recreated to resemble The Sedgewick hotel from the Ghostbusters movie and you are ushered in through the basement that has been made into a makeshift library to recreate the memorable first scene of the movie – but I’ll leave the spoilers at that. Safe to say, however, that it is a fun-filled and action packed evening from first minute until last. You can check out a few shots of the production below: 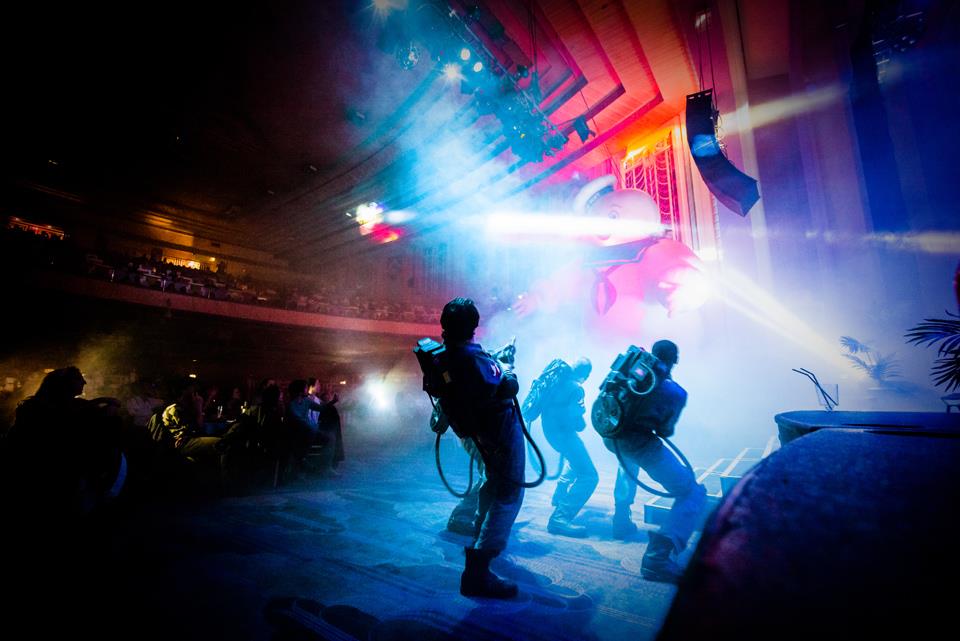 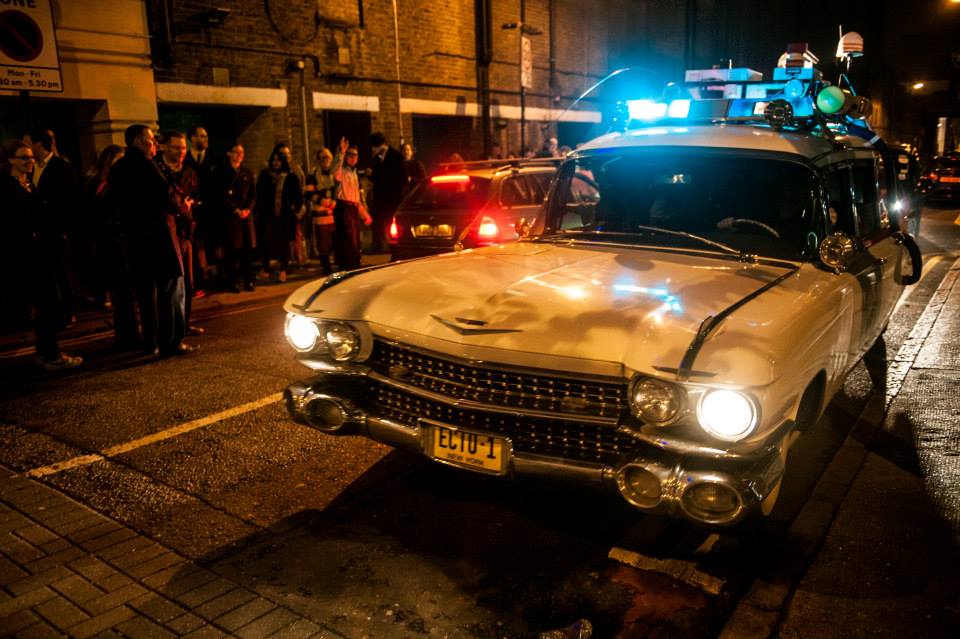 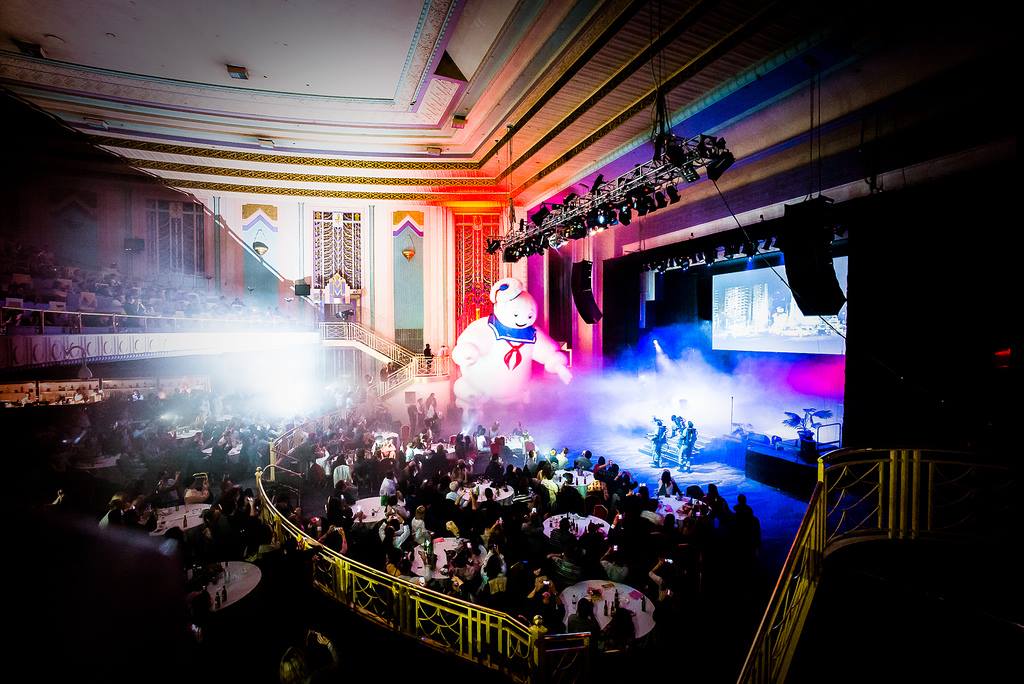 If you’re after a completely new way to experience movies, that’s exactly what you’ll get with Future Cinema – who recreate various seminal movies throughout the year, with Ghostbusters being their current offering. As a substantial and ardent lover of the Ghostbusters franchise, I went into the event wanting to love it and, fortunately, I did and my admiration of Venkman, Stantz and Spengler has remained unsullied.

I can thoroughly recommend the Future Cinema performances to anyone on the lookout for something that bit different and, having not seen the first Ghostbusters for a few years now, this utterly reignited my love of the movie and I hope the good chaps over at Future Cinema will be bringing Ghostbusters: II to life in such an exciting manner.