We’re all about multi-functionality here at Coolector HQ so you perhaps won’t be surprised that we have been left mightily impressed with the brilliant looking Future Stands Carbon Fibre Bottle Opener which also doubles as a stand for your smartphone or tablet. Truth be told, most would see its capabilities as a device holder as its main function but, such is our beer affinity at The Coolector, we’re much more likely to be using it for its amber nectar liberating qualities.

The Future Stands Bottle Opener is currently doing its stuff on Kickstarter and has already surpassed its target but you’ve still got over a week to lend your support and get your hands on one of these spiffing looking devices early doors. These rugged looking little fellas, which attach perfectly to your already likely bulging set of keys, are lightweight and highly resilient and offer the great level of functionality that we just mentioned. Measuring 3″ by 0.8″, they’re not going to get in your way and you’ll likely find plenty of uses for the device during your day to day routines but don’t just take our word for it, let the video below do the talking.

If you’re wanting to get your hands on a bottle opener that looks all sorts of awesome, won’t wimp out when you come across those meaty European guest ales and will let you play Angry Birds to your heart’s content, this Future Stands Carbon Fibre Bottle Opener is just the thing for you. 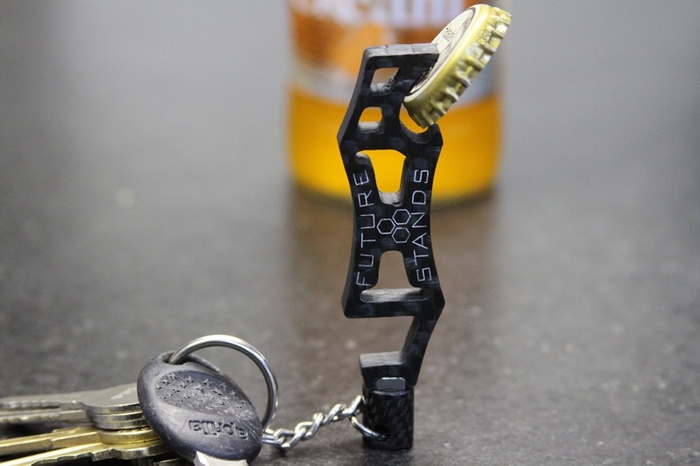 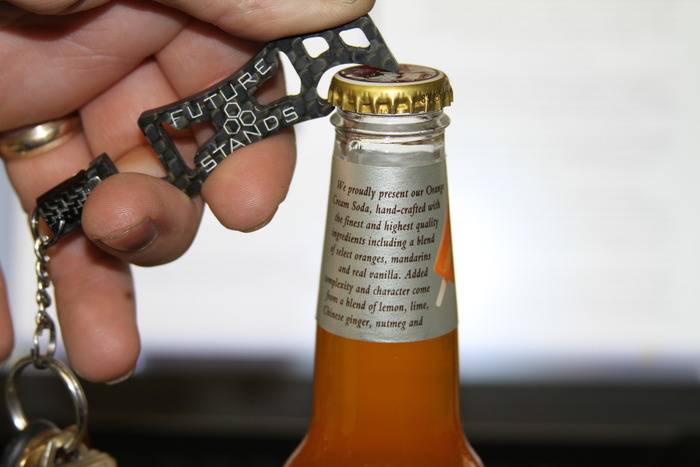 The magnetic and super cool looking Future Stands Bottle Opener has certainly got our vote here at The Coolector and we’re likely going to be opening bottles aplenty with one of these in 2014.