If, like us here at Coolector HQ, you were big fans of the Christopher Nolan movie, Interstellar, you will have found it difficult not to have clocked the striking timepiece worn by Murph Cooper gifted to her by her father played by Matthew McConaughey. Well, the eagle eyed horology aficionado will have noticed it was a Hamilton timepiece but perhaps wouldn’t have known it was made specifically for the movie and wasn’t commercially available. Some five years since the film came out, it is now available to buy – say hello to the Hamilton Murph Khaki Field Watch. 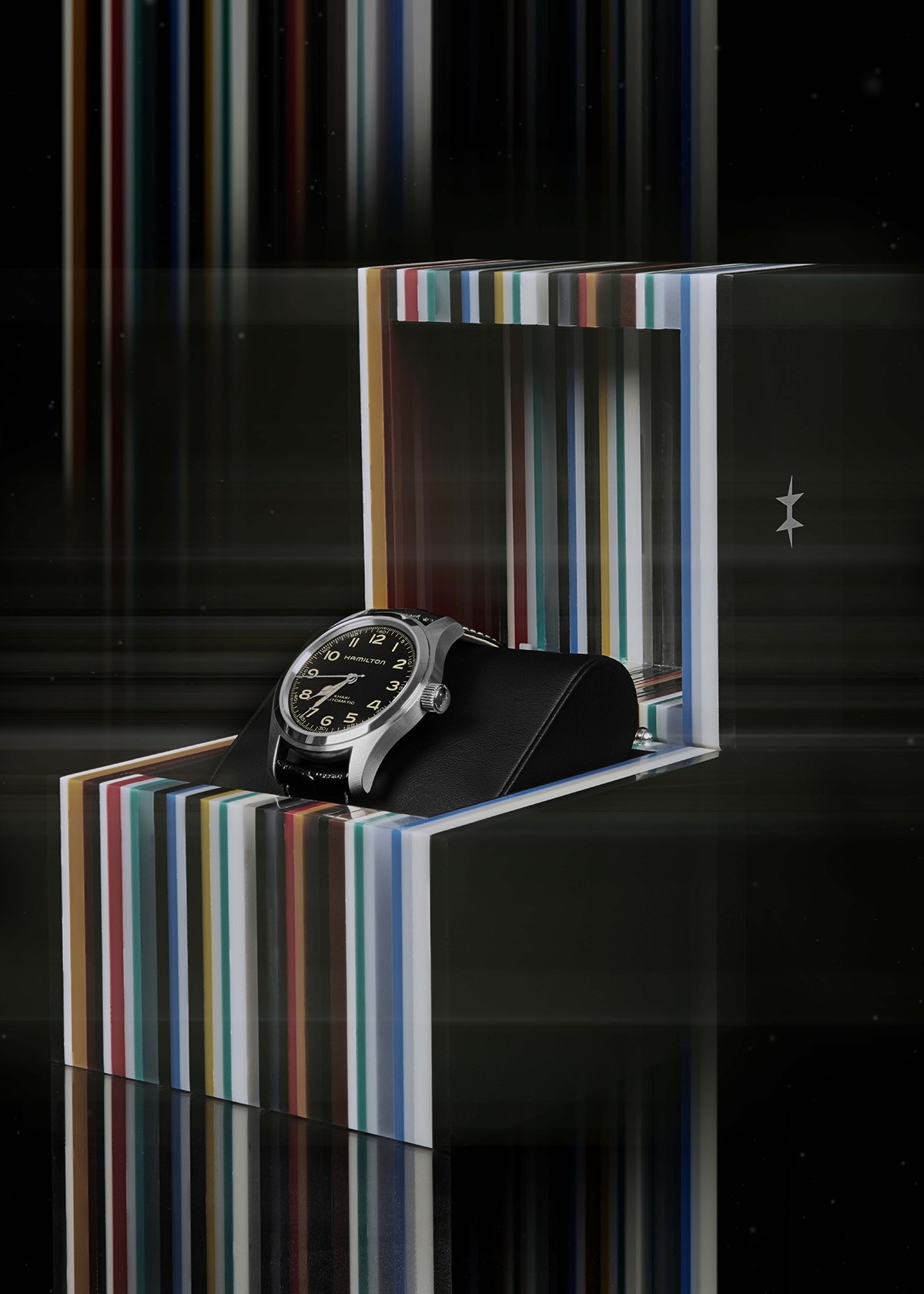 Priced at $995, the Hamilton Murph Khaki Field Watch will be available soon and if you’re a fan of robust, adventure ready timepieces with a hint of movie magic, they won’t come much better than this one. This fantastic timepiece plays a pivotal role in the movie when it is given to Murph by Joseph Cooper (McConaughey), a NASA pilot, right as he is about to head on a mission to a faraway galaxy, and the timepiece is a symbol of the love between a father and a daughter and, in the end, the means through which the story reaches its climax. Leaving the watch with her, Joseph tells Murph that upon his return from the mission the two can compare the time on their watches to see how his intergalactic travel may have caused them to diverge.

The fact that Hamilton have waited a few years since the release of the Interstellar serves to add to its appeal still further and if you’re looking for the latest addition to your watch collection, look no further. The Hamilton Murph Khaki Field Watch is a minimalist marvel and lovers of Interstellar will be pleased with the identical replication of the original Murph Watch that Hamilton has released. That being said, there is one slight difference, however, between the watch of the film and the one you see here – namely, if you look closely at the seconds hand while it is standing still, you will see a series of lacquer dots and dashes running down its length which spells out “Eureka!” in morse code. 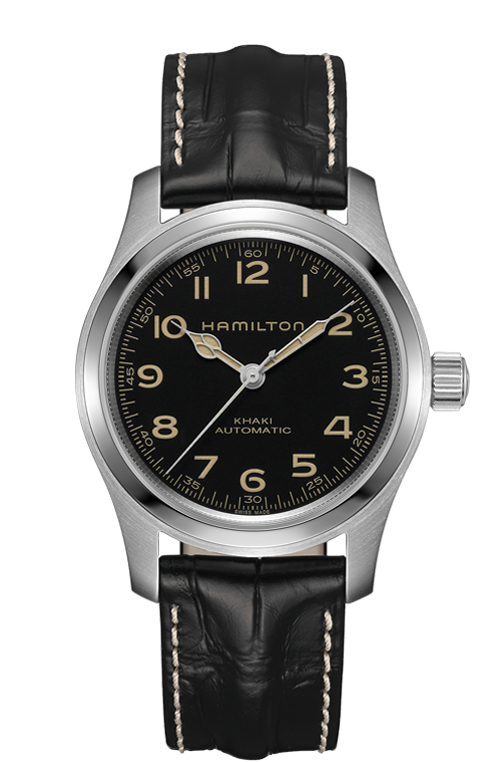 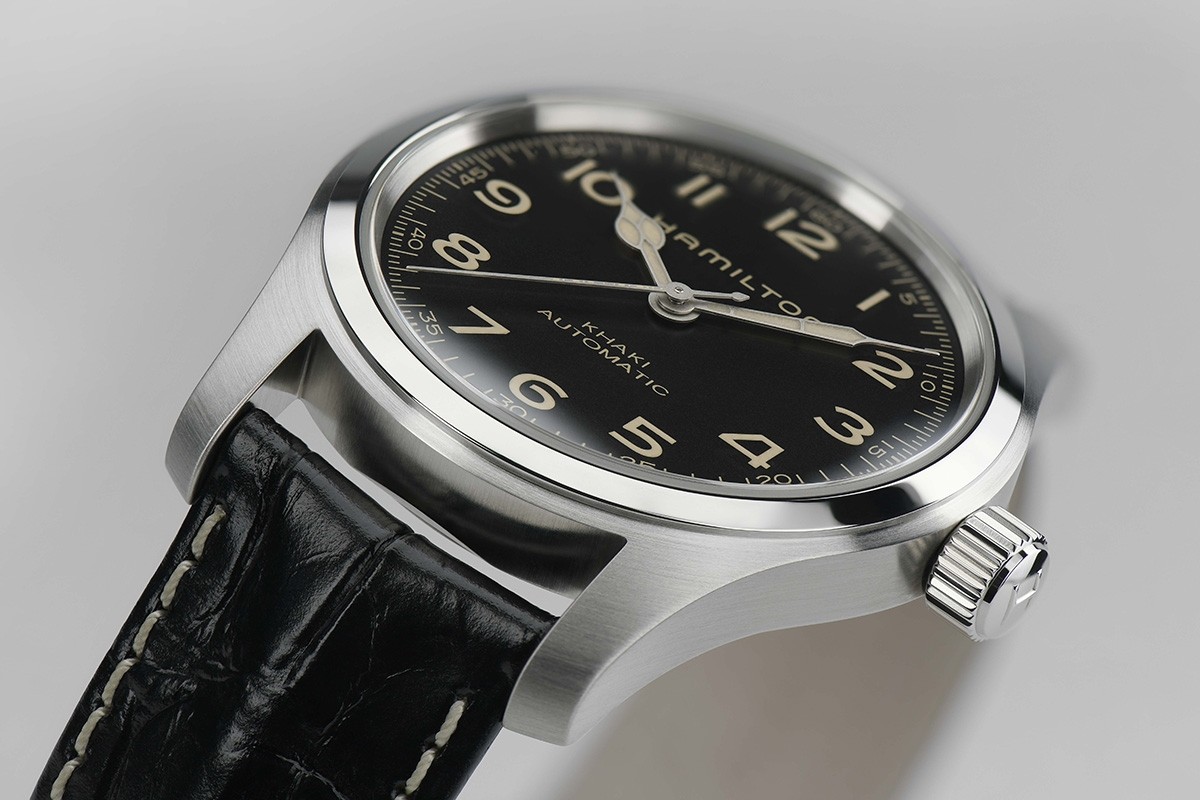 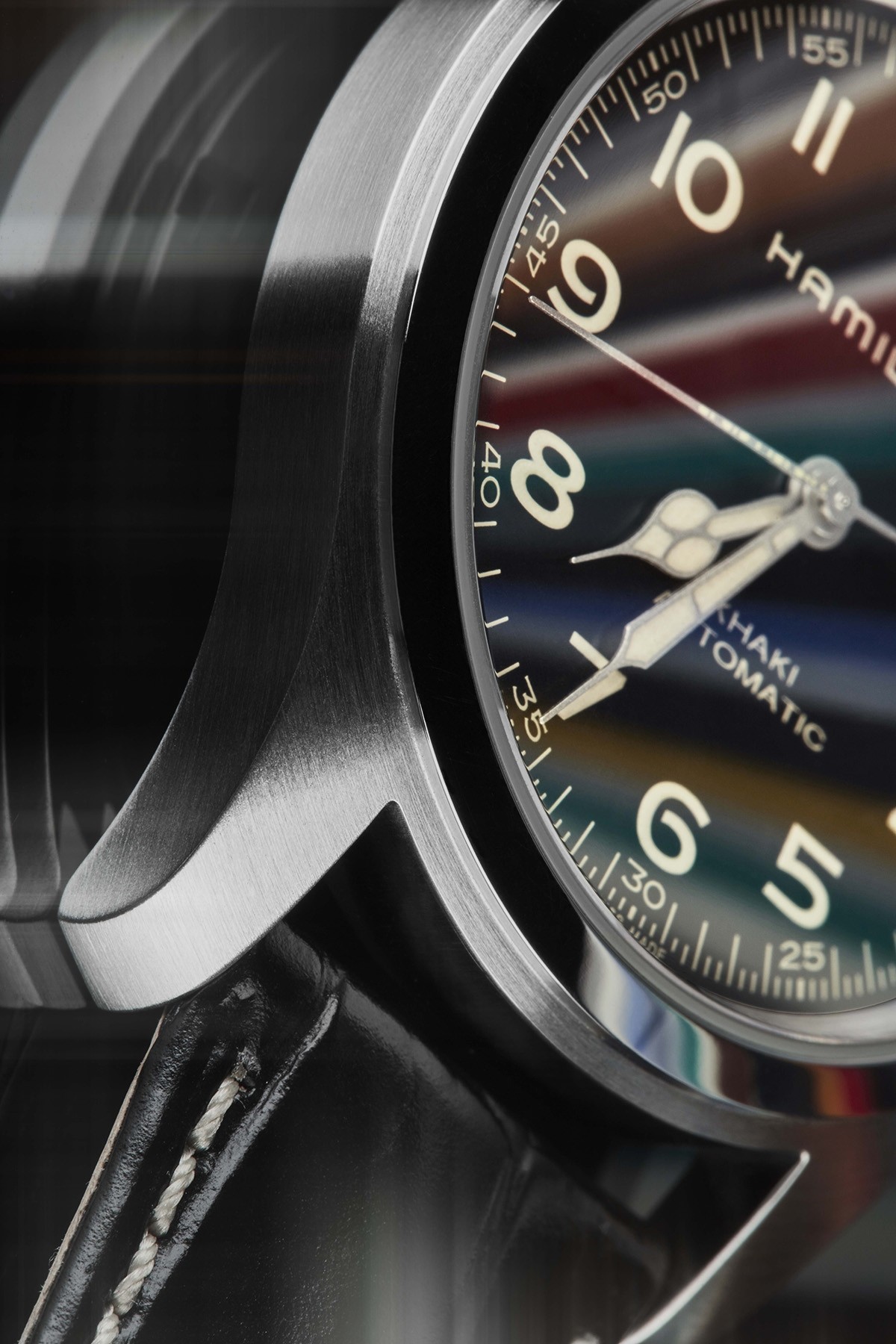 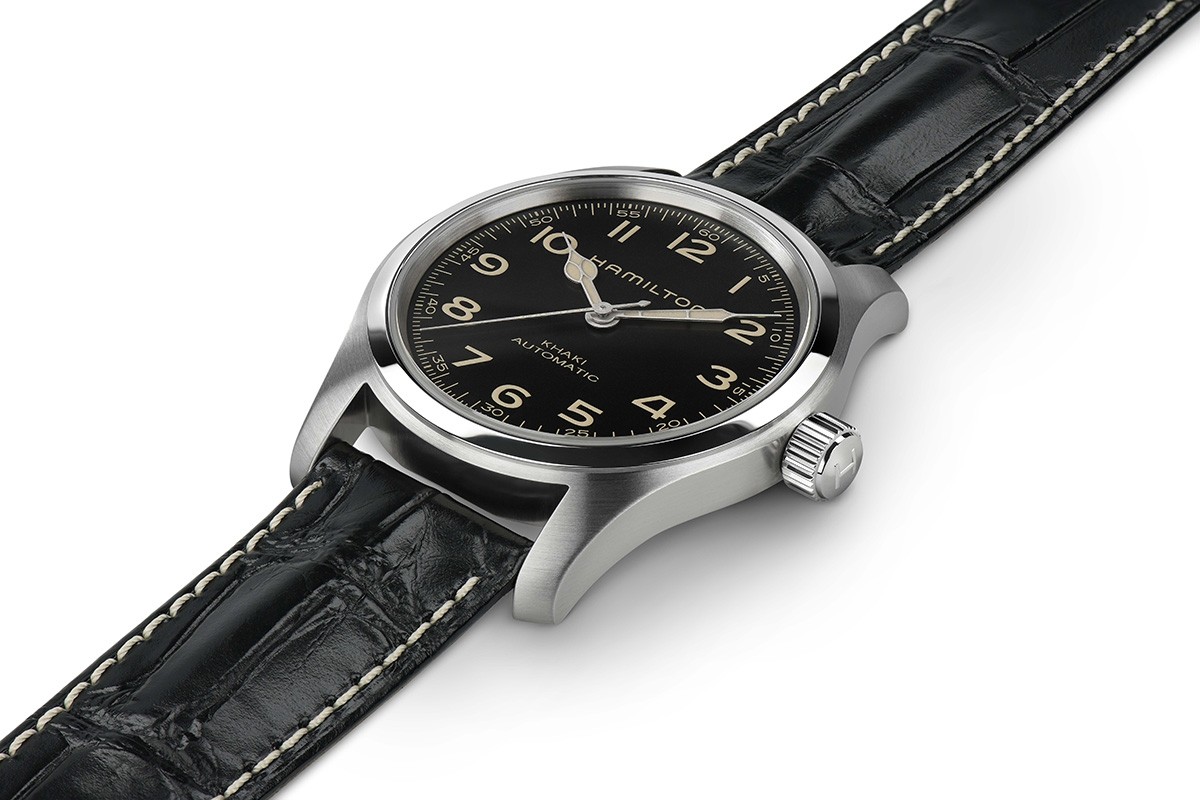 Boasting a 42mm stainless steel finish, the Hamilton Murph Khaki Field Watch ($995) has an impressive H-10 automatic movement with an 80 hour power reserve. It’s not officially a limited edition timepiece but only 2,555 of these watches will come with the limited edition packaging which has been designed by Interstellar‘s own award-winning production designer, Nathan Crowley, which definitely makes it a must for any fan of the film. 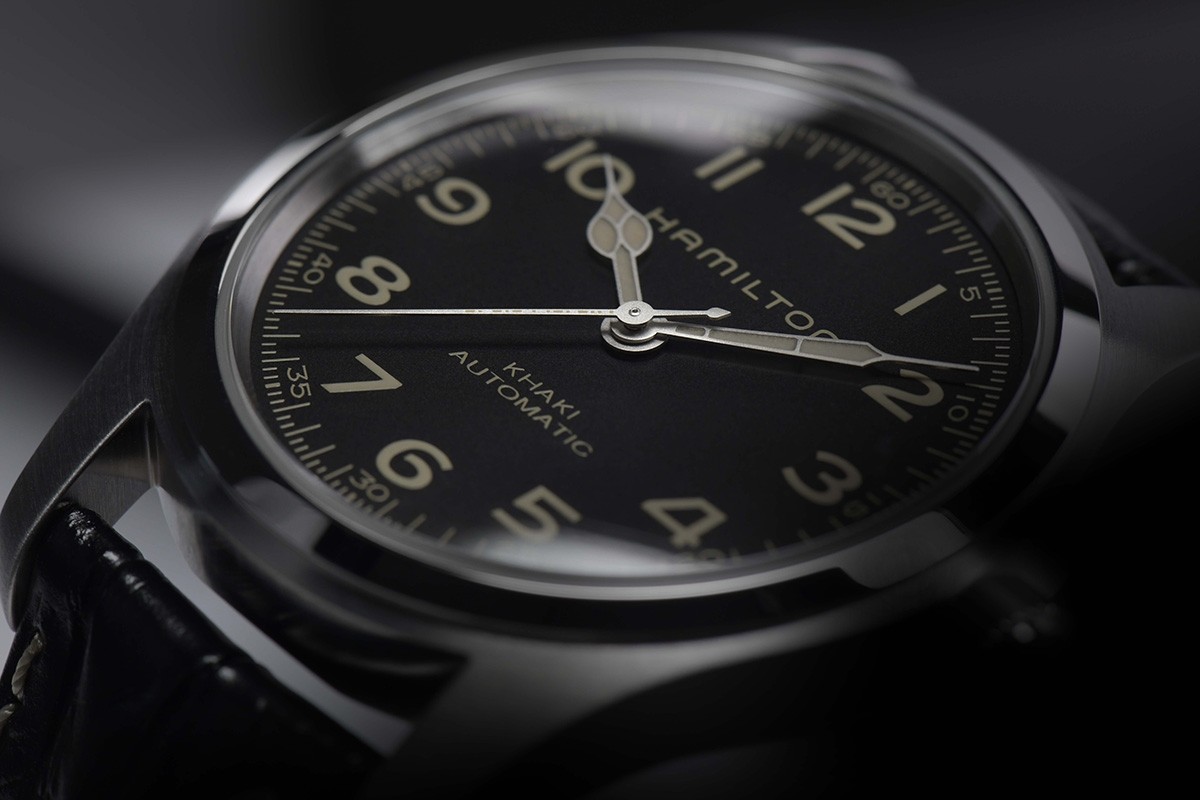 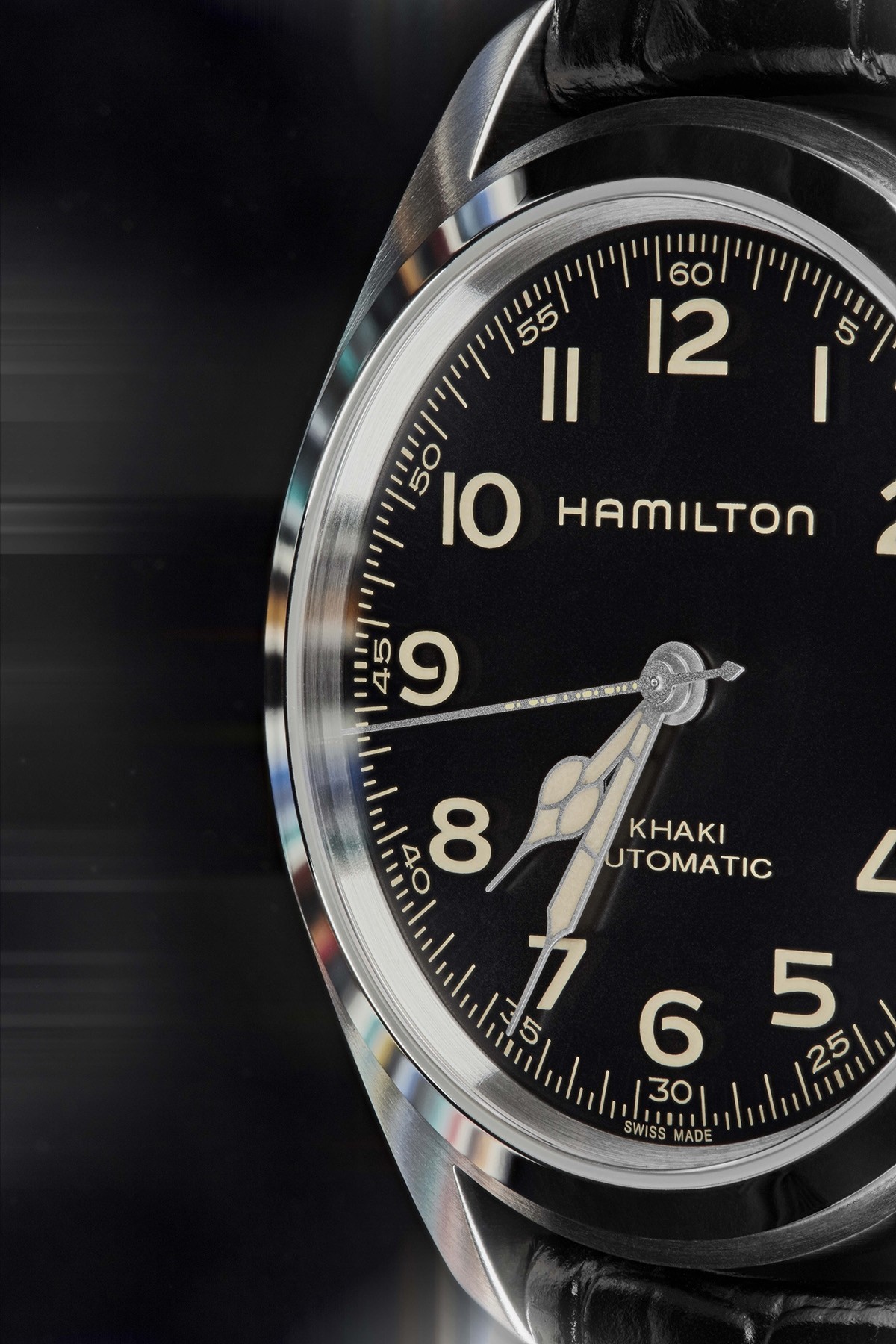 The colourful, geometric pattern found on the outside of the presentation box takes it design inspiration from the tesseract cube in the film and gives a pleasing sense of authenticity to the watch as a whole. For those of you that have a real passion for movie memorabilia and high quality timepieces, the Hamilton Murph Khaki Field Watch is sure to tick all of the right boxes and will add a touch of movie magic to your wrist.

The Hamilton Murph Khaki Field Watch represents fantastic value for money with its sub-$1000 price tag and you’re getting an awful lot of bang for your buck with this timepiece on top of its obvious movie awesomeness. This exemplary accessory from Hamilton will appeal to plenty of people above and beyond fans of the movie or understated, field style watches because it is such an impressive timepiece in its own right. 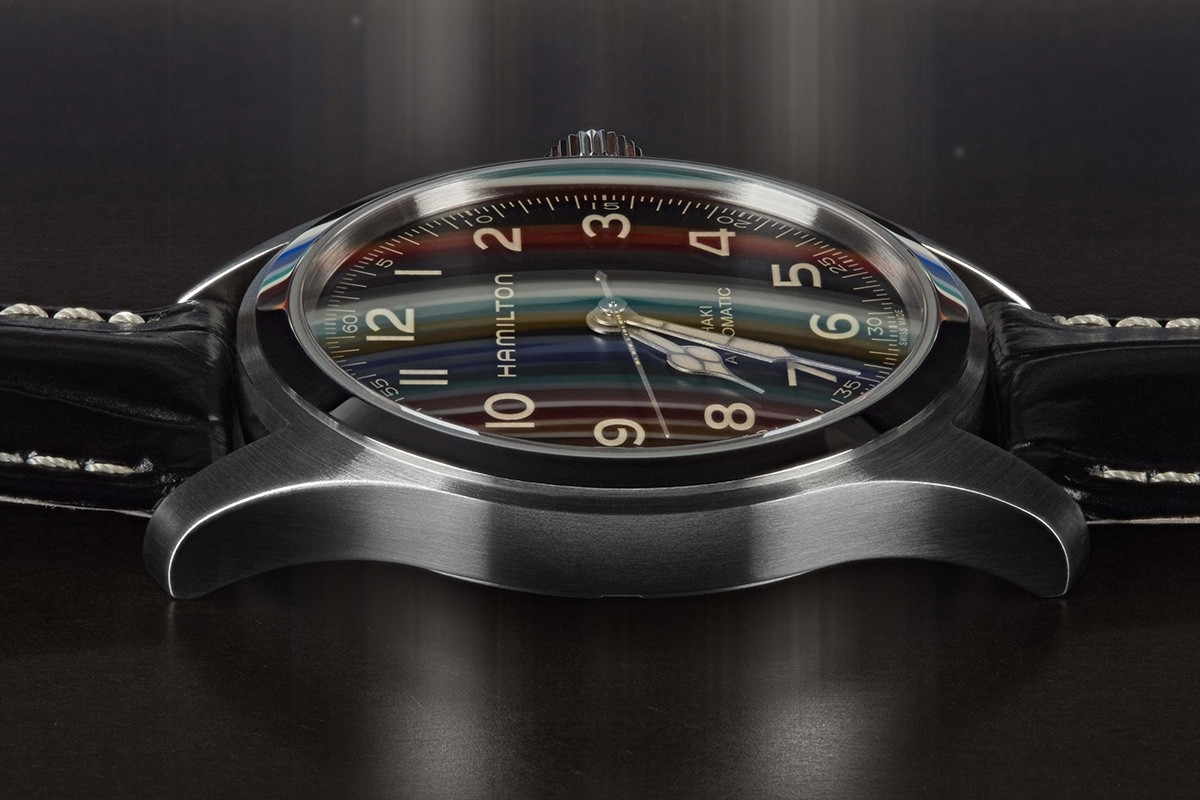 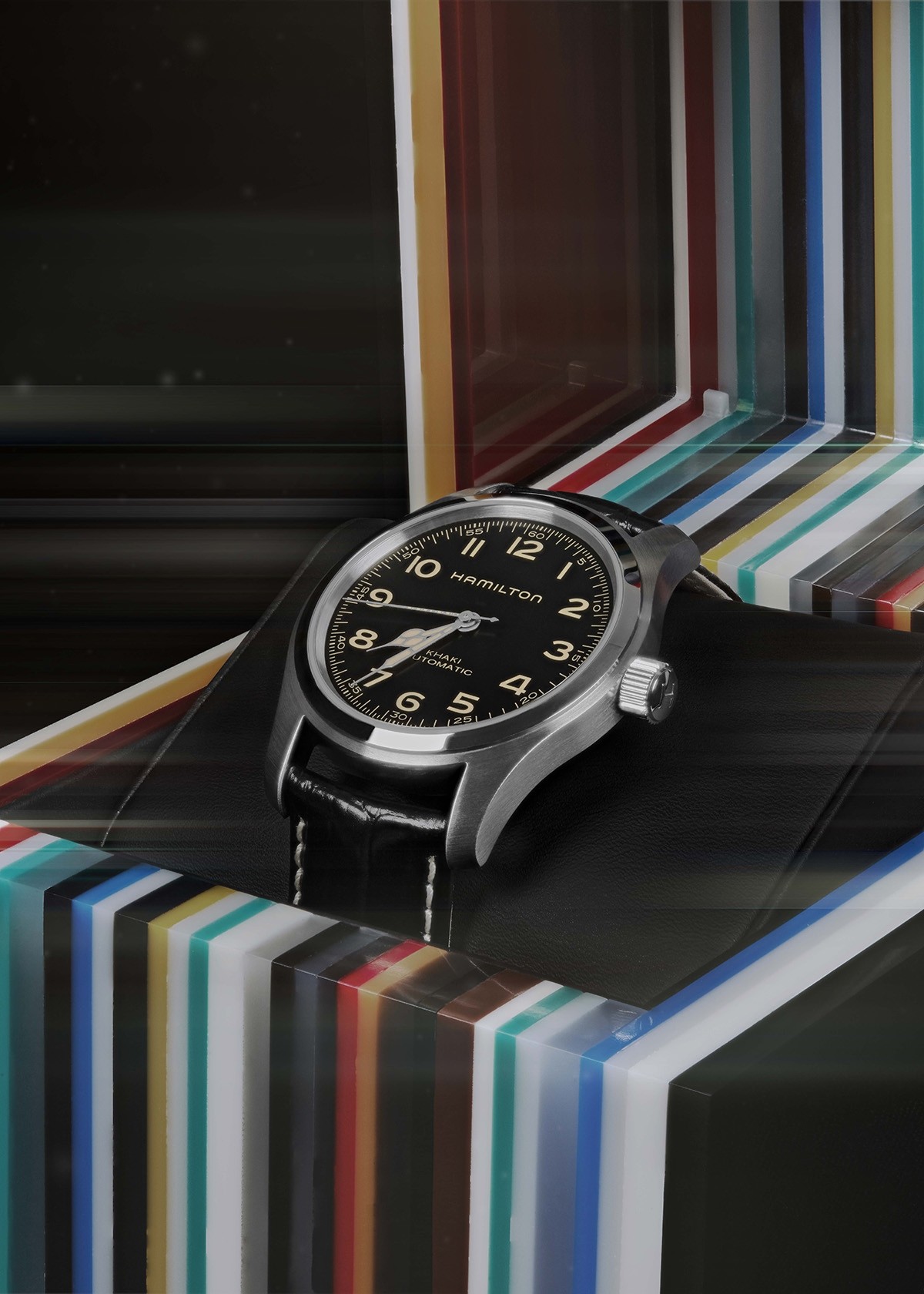 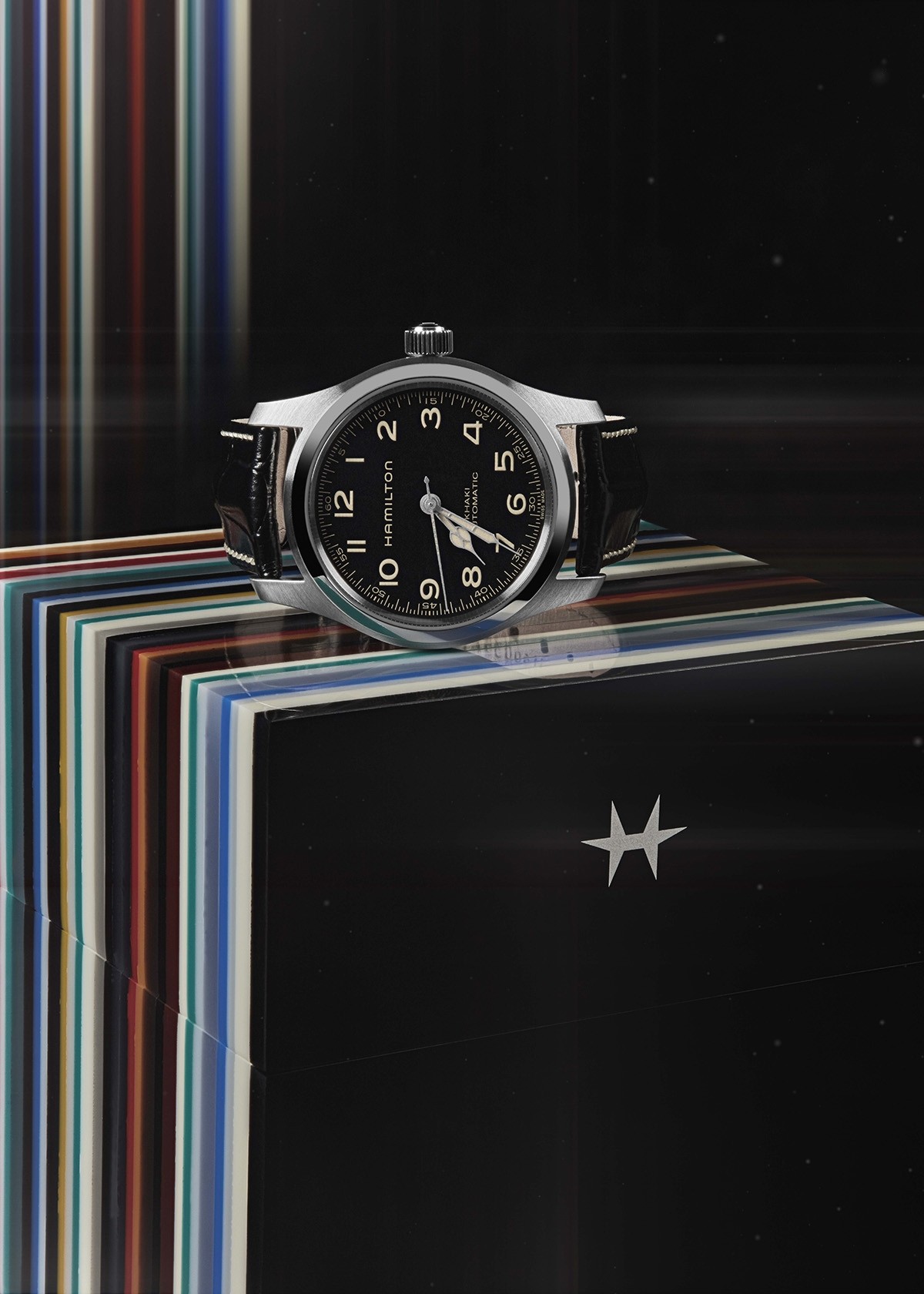 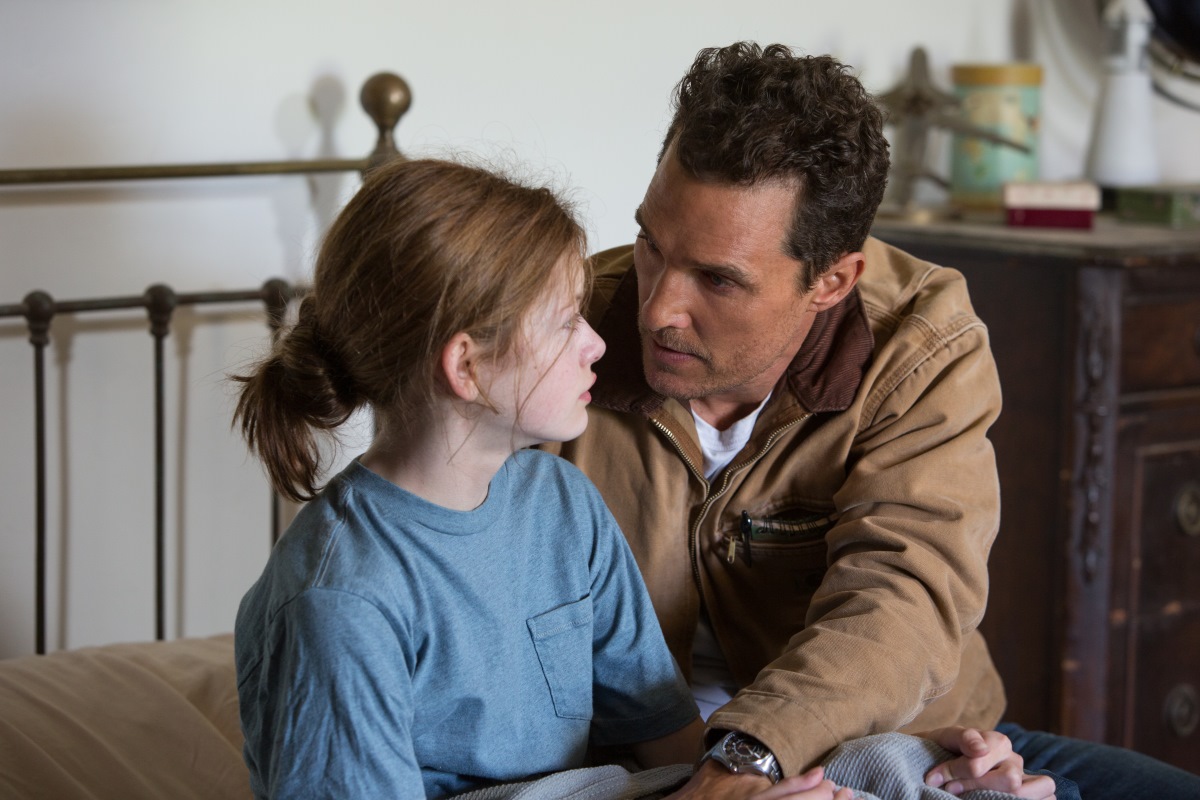 Stunning style, brilliant craftsmanship and high end components all combine to make this Hamilton Murph Khaki Field Watch a stand out contender to be the next timepiece on your wrist and the fact it has Interstellar connotations is merely the icing on the cake.