There are some vehicles that you just know are built for adventure the minute you lay your eyes on them and the Himalaya Spectre Defender definitely falls into that bracket with its no-nonsense aesthetics and first class build quality. South Carolina based, bespoke Defender specialists, Himalaya, decided to offer collectors a rare opportunity to own one of the most famous Defenders to ever appear in film with the new special-edition Spectre tribute truck. 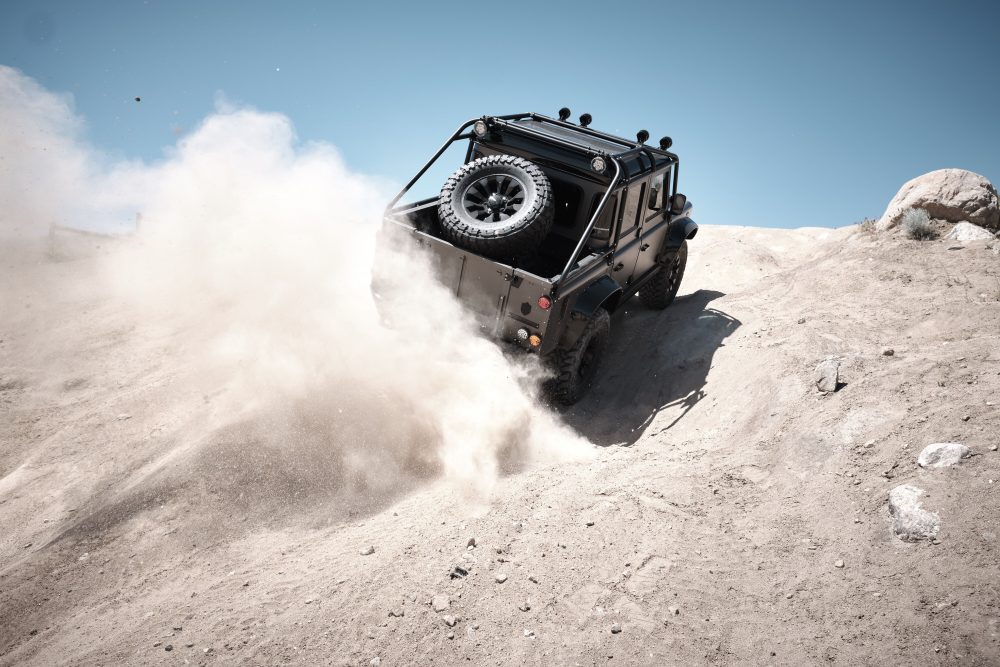 Taking its design inspiration from the iconic 4×4 famously featured in the British secret agent’s latest adventures, the handmade Himalaya Spectre Defender doesn’t come cheap as you would probably expect and is priced at $250,000. The Spectre Defender uses a rare Crew Cab pickup configuration and it is able to create that very same layout using all-new body panels and frames which have been sourced from England. After that process is complete, Himalaya’s team customises the powertrain and interiors to the customers’ preferences, as with all of their other car builds.

Himalaya are a workshop that are rather unique in the custom-Defender world for combining British styling with American mechanicals. Each project starts off with an all-new UK-sourced frame, which is reinforced and also galvanised to fend off corrosion. They then set about replacing the stock 1961-designed Buick/Rover 182-horsepower 3.9L V-8 engine with modern power, a GM LS3 in the case of the Spectre Defender. This gives the Spectre 525 horsepower for propelling the oversized 37-inch Toyo mud-terrain tires across any terrain and all adventures you find yourself on. 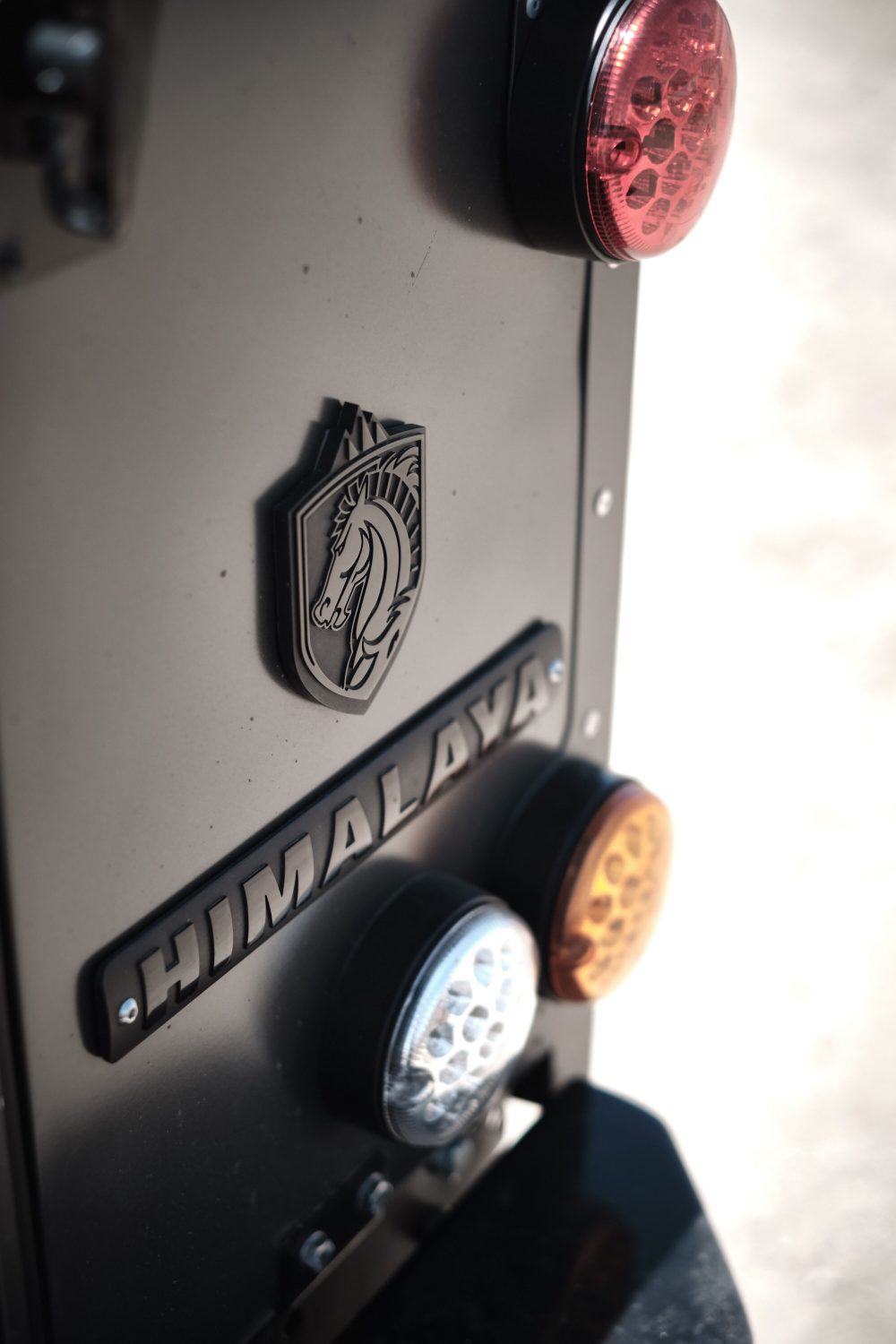 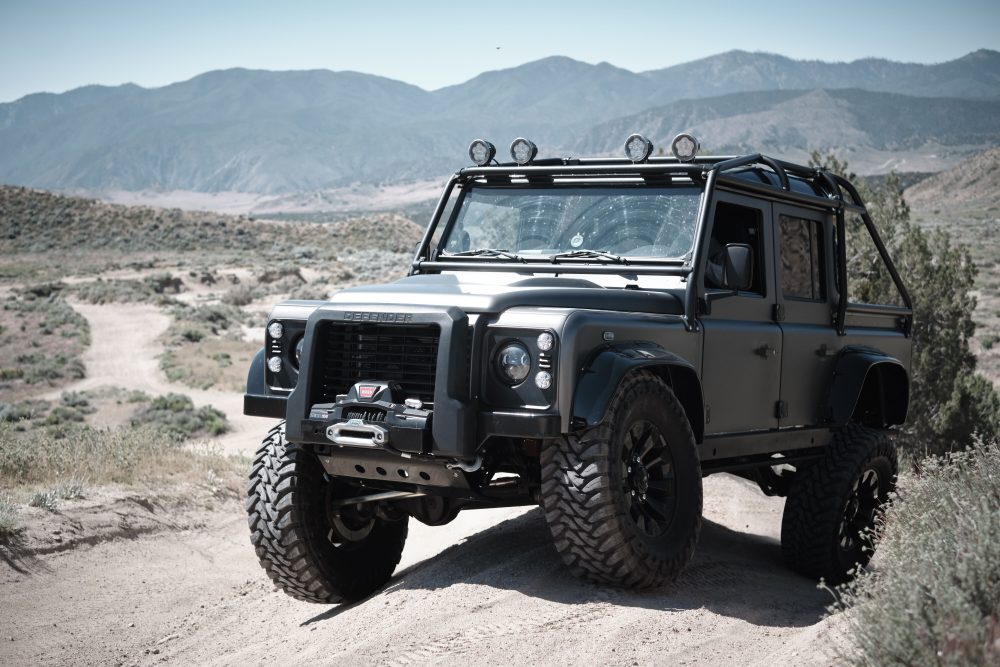 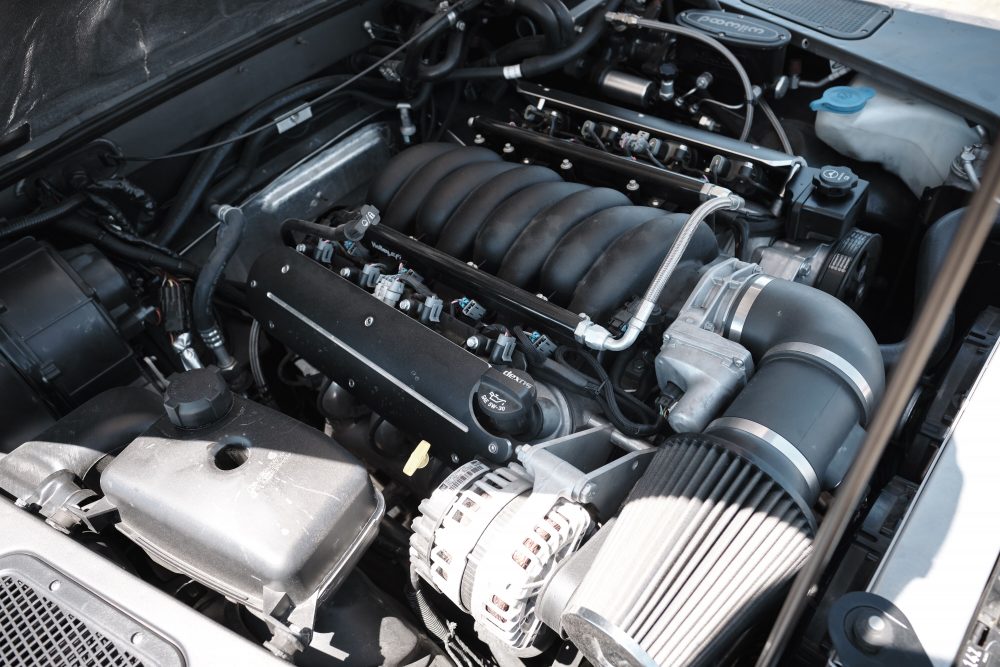 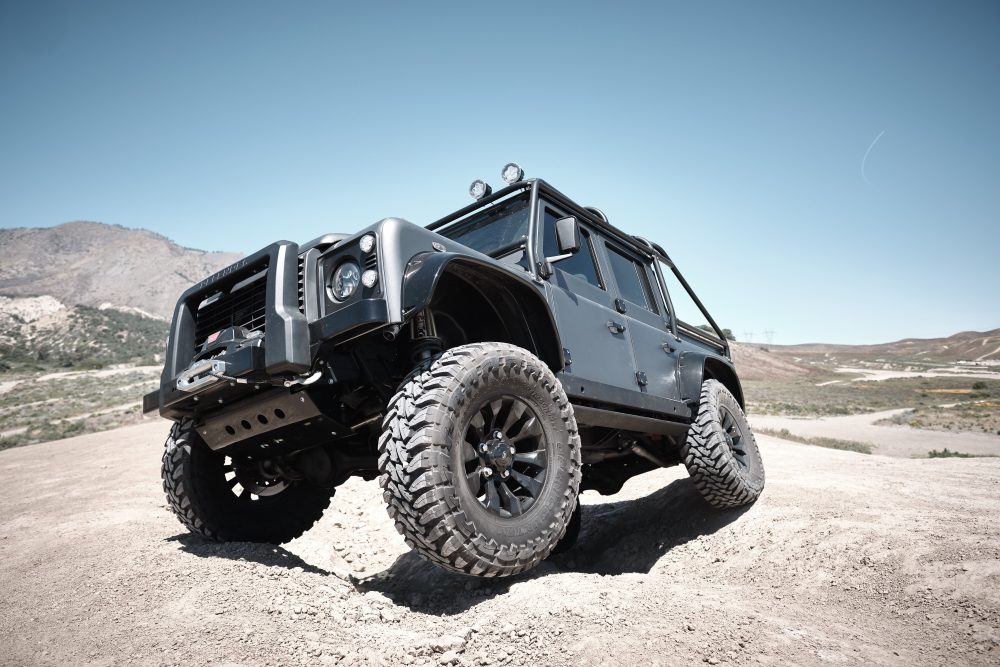 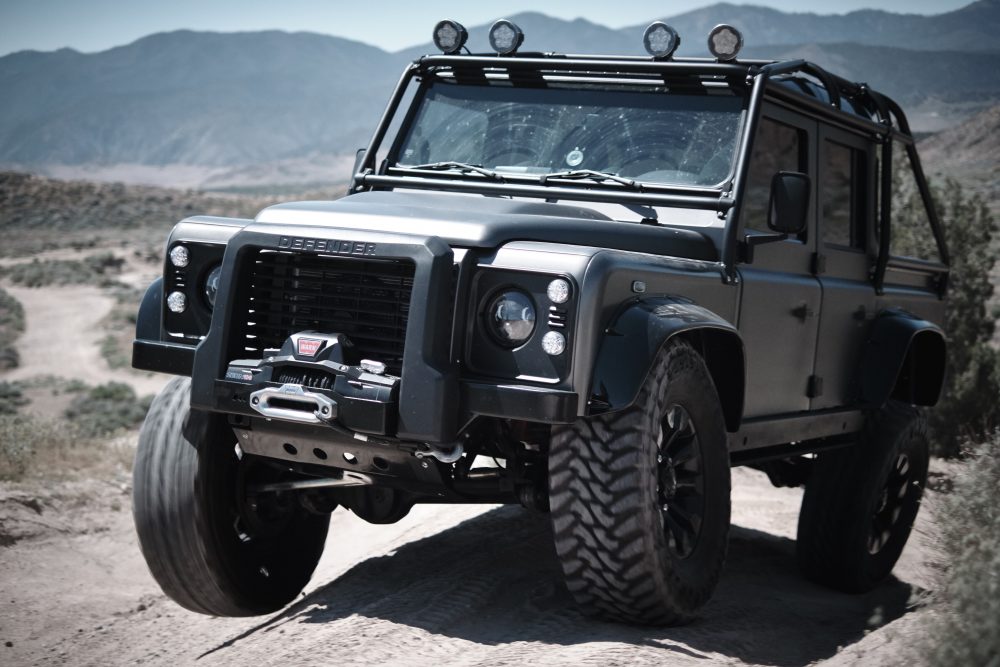 The Himalaya Spectre Defender suspension specifications are heavily fortified to make sure it makes short work of any terrains you’re likely to encounter. Himalaya engineers in four inches of ride-height lift to clear the 37-inch tires. Then custom coil springs are inserted, and extended-length control arms are built in-house with articulating Johnny Joints from Currie Enterprises and the ride is controlled by Fox Racing remote-reservoir shocks. 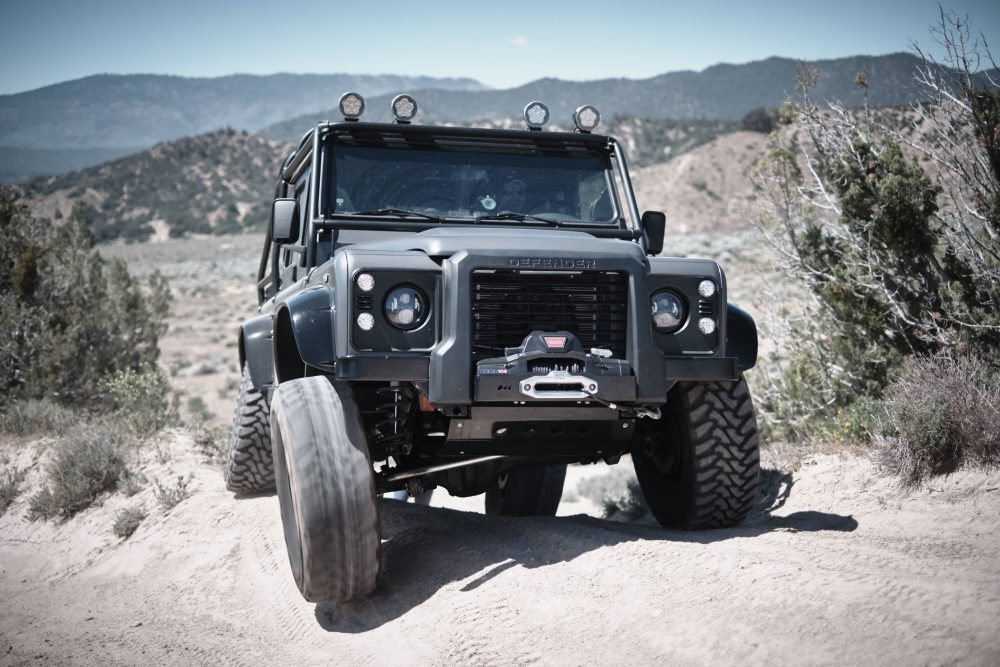 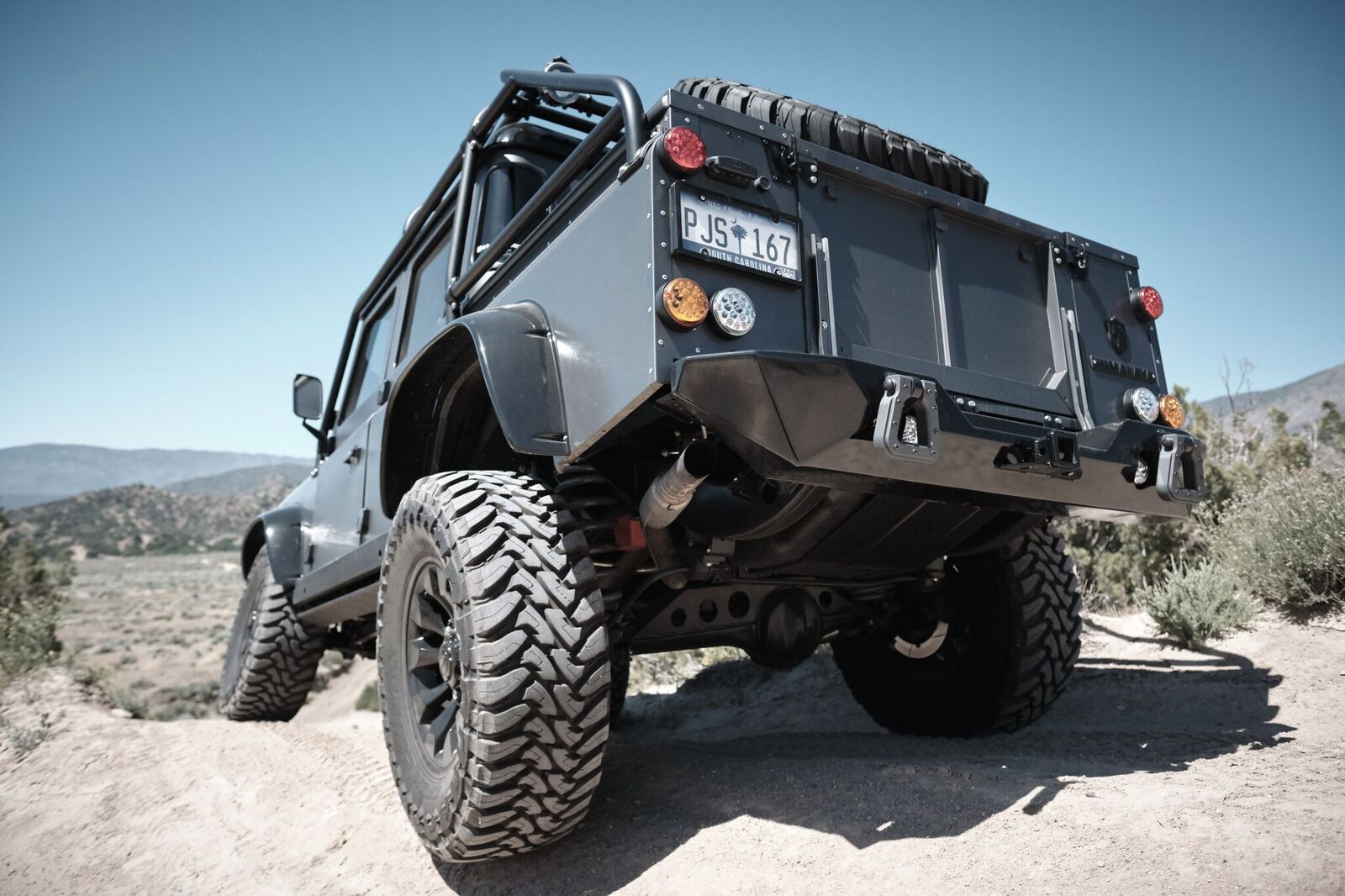 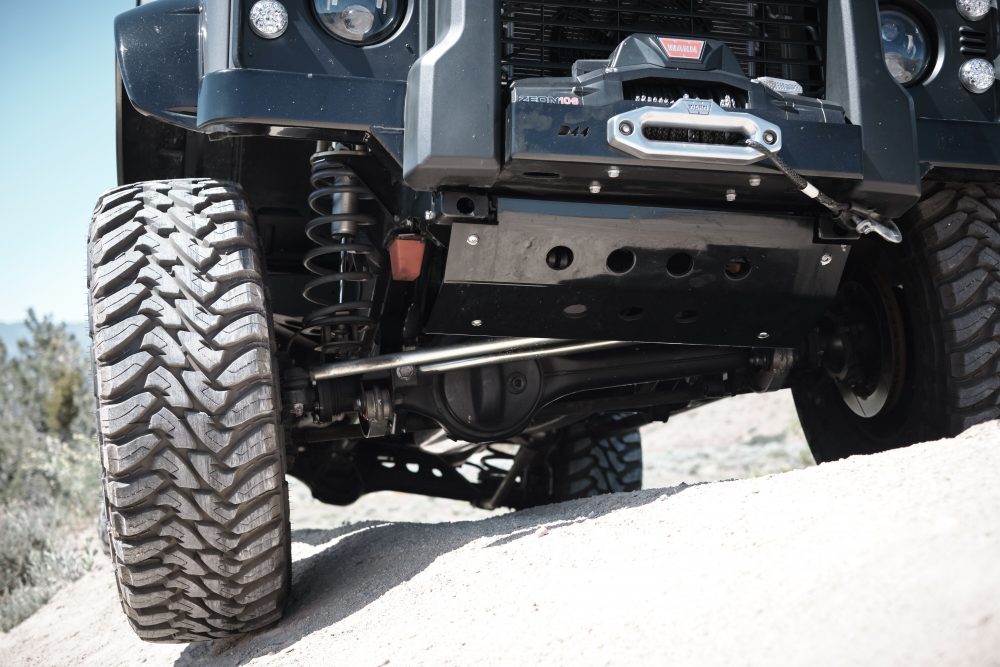 It is undoubtedly the bodywork of the Himalaya Spectre Defender that makes it stand out from the competition. Himalaya goes the extra step of designing and manufacturing their own handles, latches, and catches to exude the highest possible finish with a tangible sense of quality throughout. Liberal amounts of Dynamat sound-deadening insulation and improved door sealing were also used to further assist in delivering a more comfortable cabin experience – something the Defender is often not the best at but with Spectre, you’re in for one mighty comfortable ride.

The Spectre Defender from Himalaya is one vehicle you’re not going to mess with when you see it on the open road and it has one of the brawniest exteriors on the market. This look was achieved with a Safety Devices exo-cage and Front Runner Vehicle Outfitters roof rack. Himalaya further accentuated the angle with a custom bed-mounted rack for the full-sized spare tire. Additional body protection is supplied by a front A-bar-style winch bumper over a Warn Zeon 10S winch, a radiator skidplate, Amp Research Power Step sideboards, and a rear bumper with receiver hitch that Himalaya customized starting with a Poison Spyder Jeep unit. 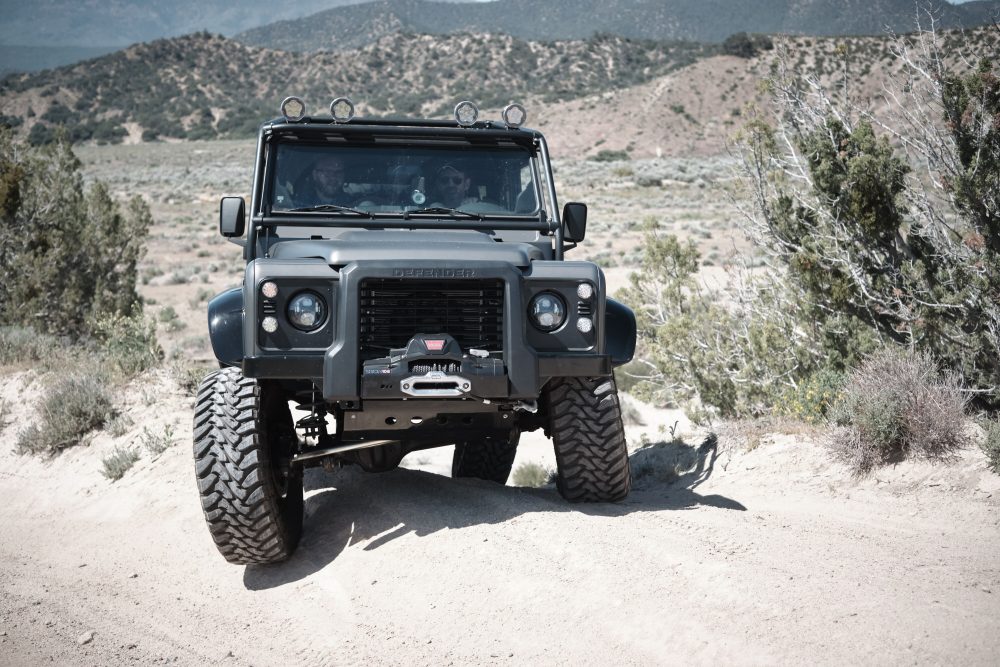 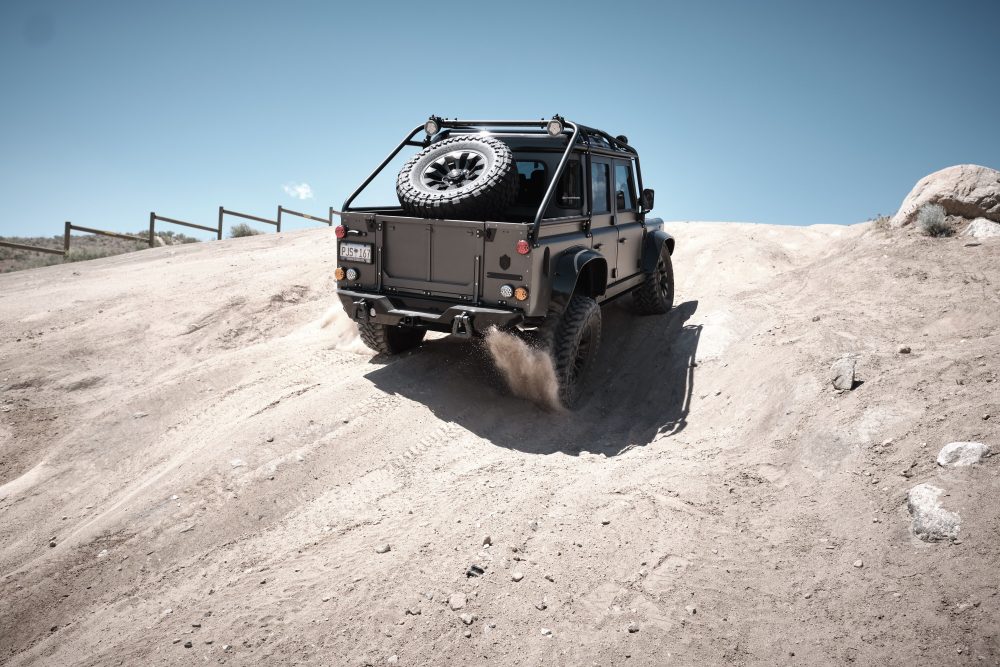 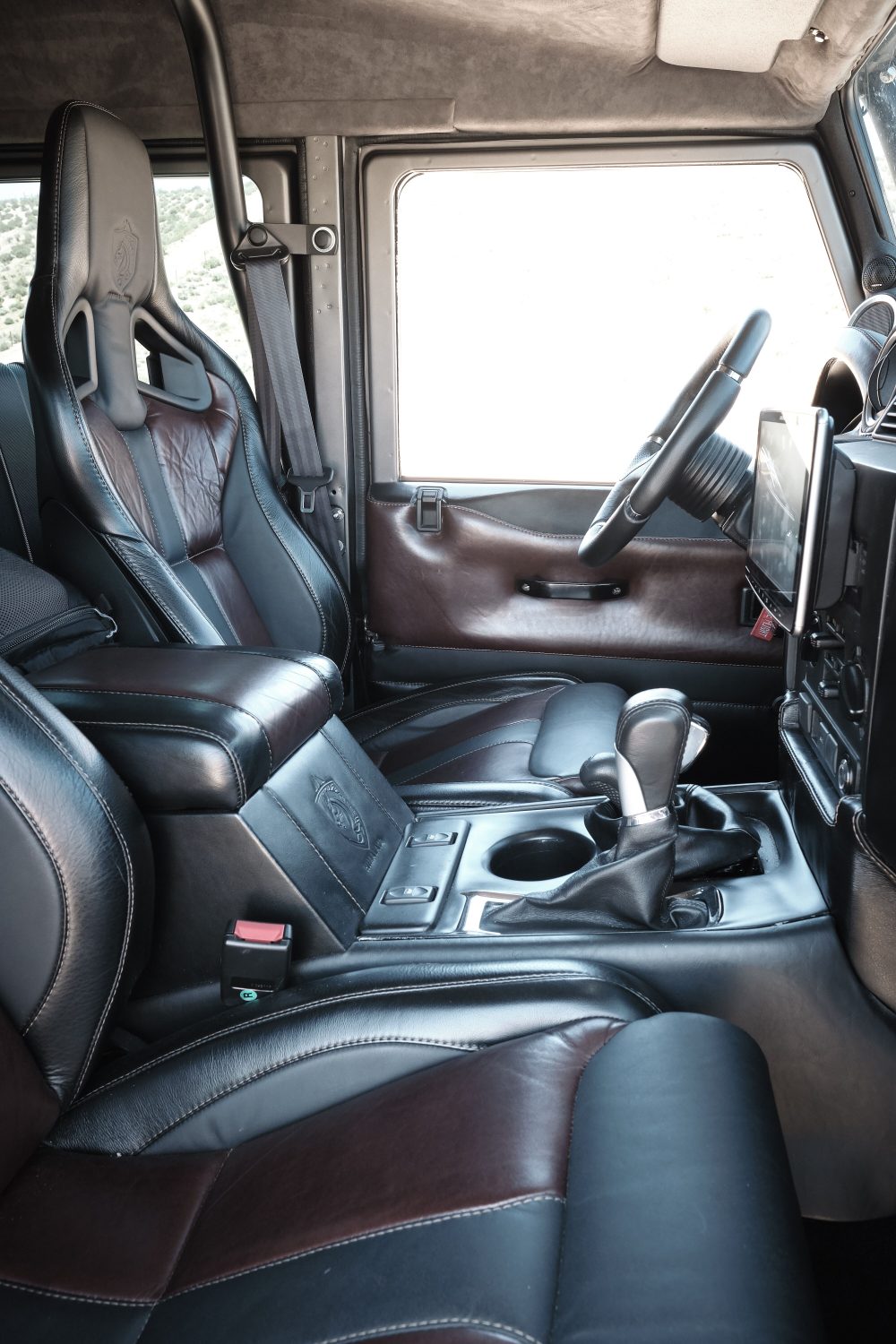 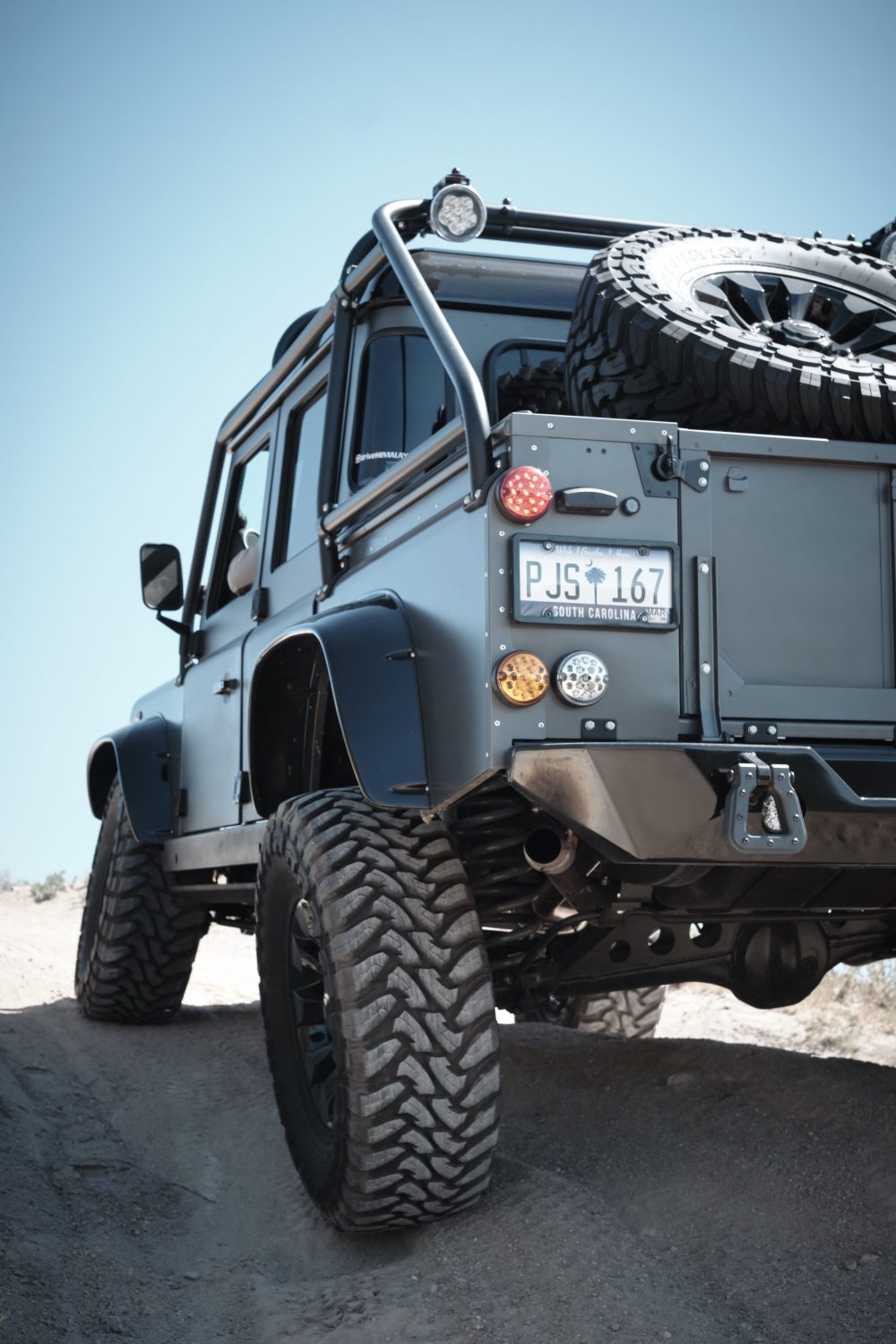 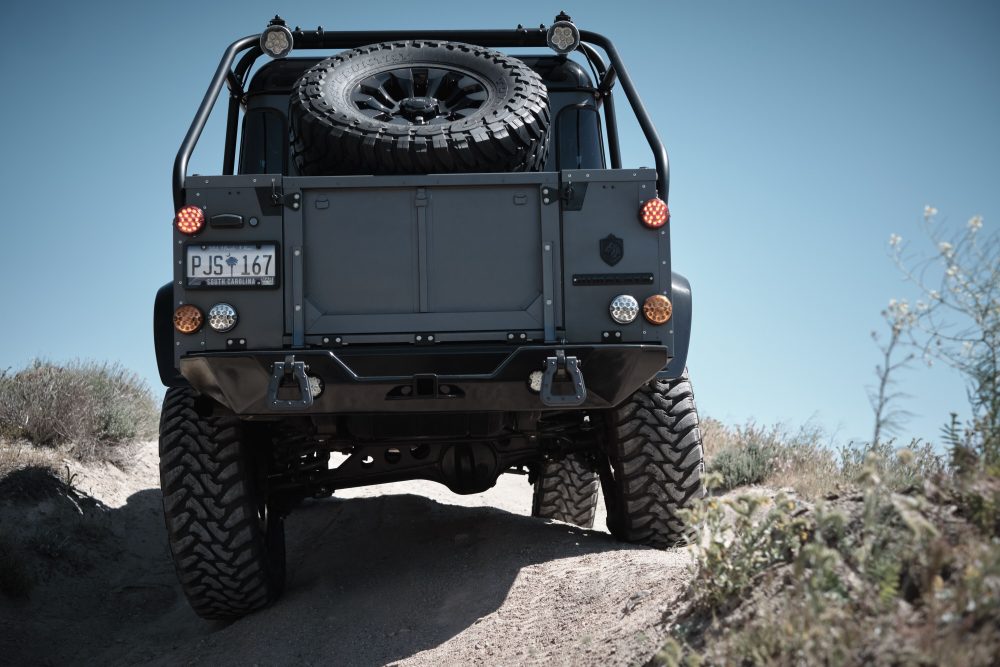 No less impressive on the inside, the Spectre Defender boasts Puma-level quilted-upholstery trim as an underlying visual throughout. Ruskin leather is the predominate material, and Alcantara was used for the headliner. Other details to be found include Recaro seats, Dakota Digital gauges, a Momo steering wheel, Exmoor interior LED lighting, and a Safety Devices rollcage. Himalaya also installed a top of the range entertainment system which consists of a Kenwood head unit and JL Audio speakers.