We love concept designs here at Coolector HQ (particularly when they’re accompanied by a working prototype) because it typically allows the designer’s imagination to run wild and create a stunning piece of design that is quite unlike anything else out there. Well, that’s exactly what we’ve got here with the amazing looking Hope Electric Bike Concept which is the handiwork of industrial designer, Samuel Aguiar, in what he describes as being a cross between ‘a pre-A Porsche 356, an iPhone and a pokémon‘. 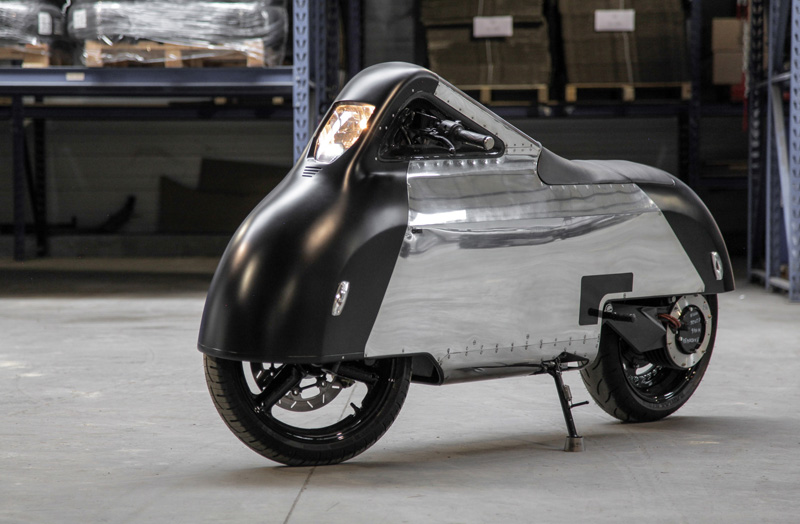 The Hope Electric Bike Concept from Samuel Aguiar is a complete transformation of the Polish-made VX-1 Maxi Scooter and gives it a whole new lease of life with a breathtaking new aesthetic that gives it a highly futuristic air that we’re loving. Specialising in car design, Aguiar has really made for a spectacular steed with this eye-catching contraption and it maintains the scooter’s original capabilities which includes 65Nm of torque, a top speed of 75 mph (120 kph) and a maximum range of around 173 miles.

Long Time in the Making

As you can probably tell from the impressive design and finish of the Hope Electric Bike Concept, it was a long time in the making and Aguiar spent four years creating various prototypes for the steed before eventually landing on the spectacular machine you see before you. With a desire to make the finished product as ergonomic and comfortable as possible, Aguiar made it his objective to deliver an excellent accord between the seating, the lights used, the dashboard aesthetic and all the other important design elements of the finished product. 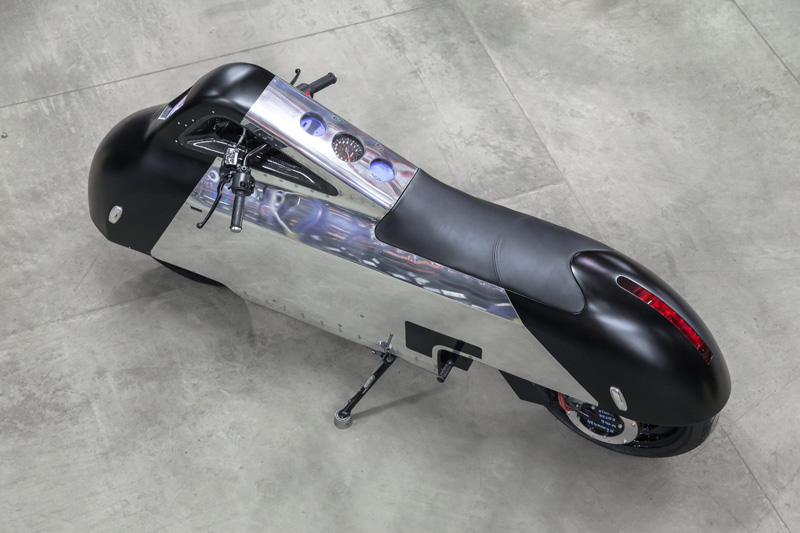 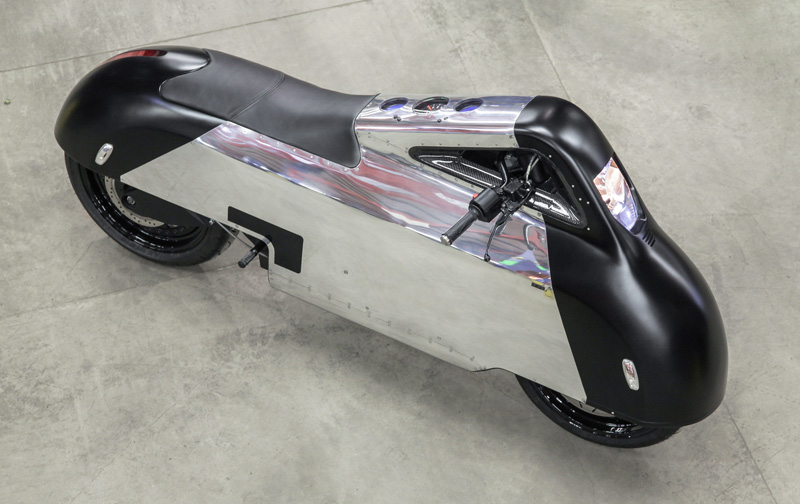 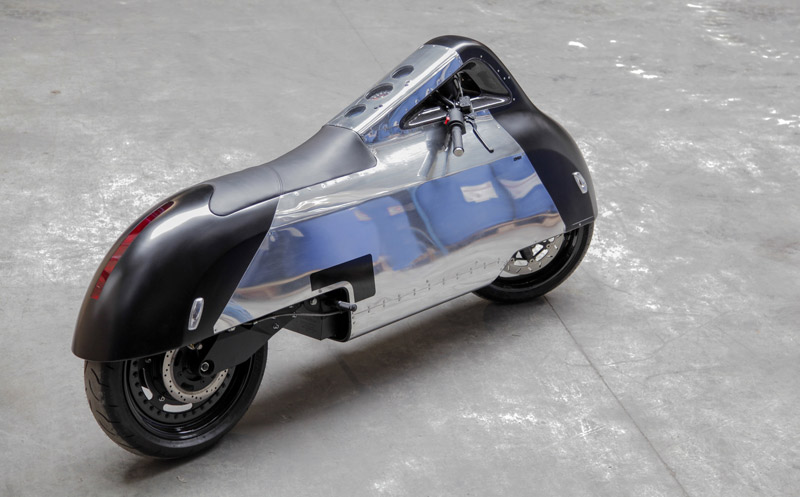 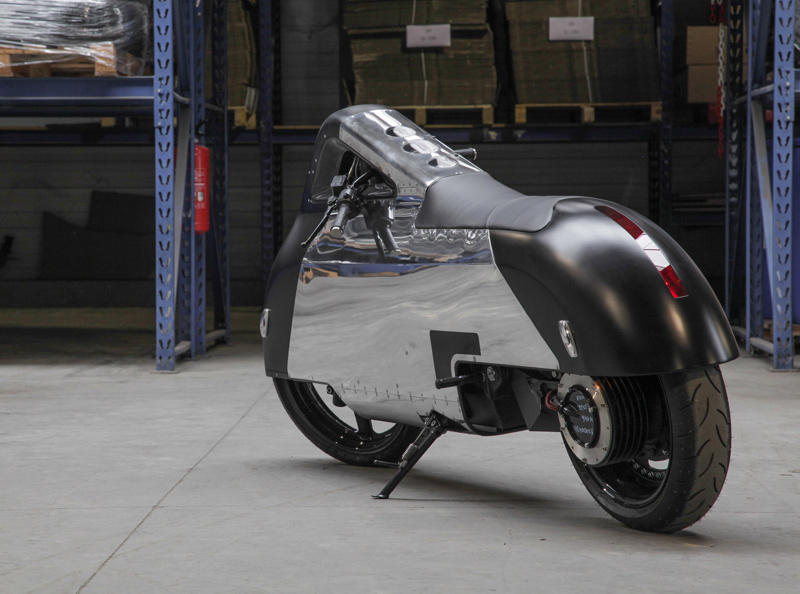 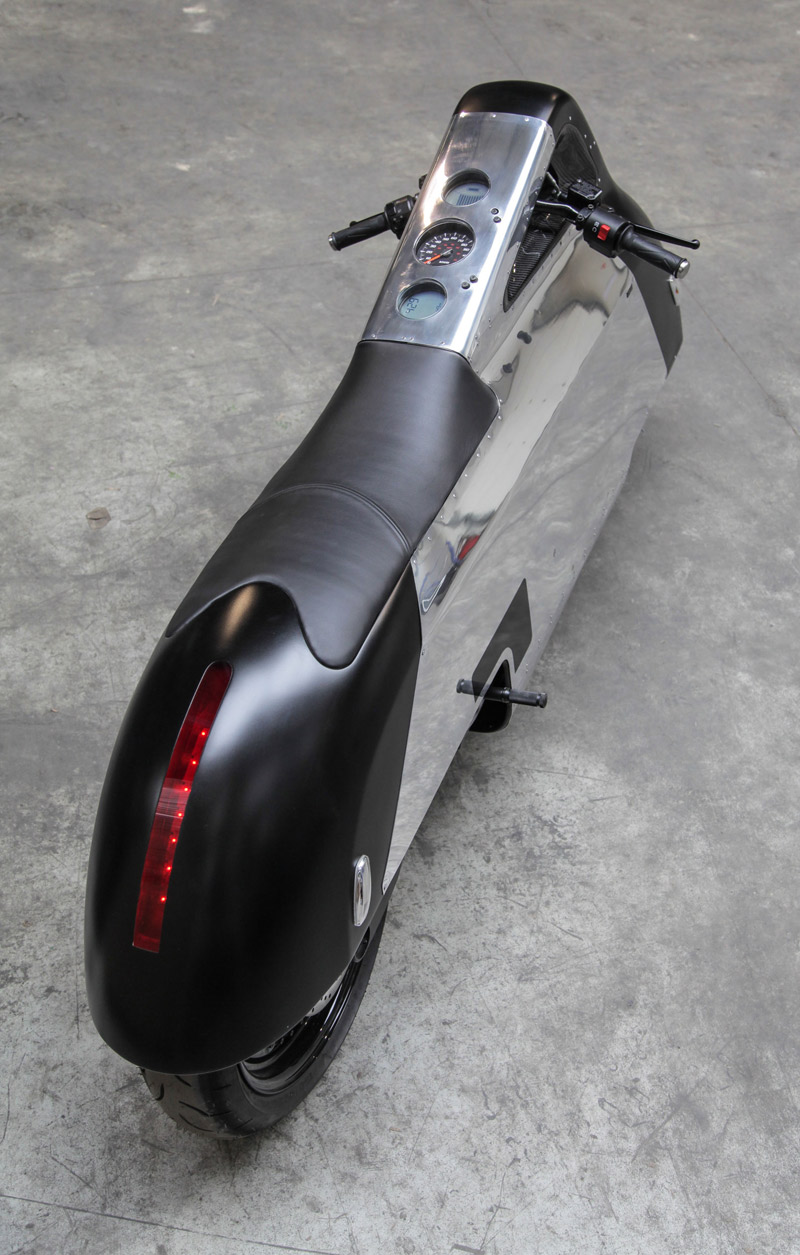 The Hope Electric Bike Concept has front and rear sections which are painted black and the centre frames themselves are wrapped in aluminium plates which have been carefully riveted to the fibreglass to give the bike the sleek, futuristic finish that truly makes it stand out from the crowd. With a steering cut out which has been moulded from carbon fibre, there is a real robust feel to the machine and it will impress all who climb upon it with its tangible sense of quality. 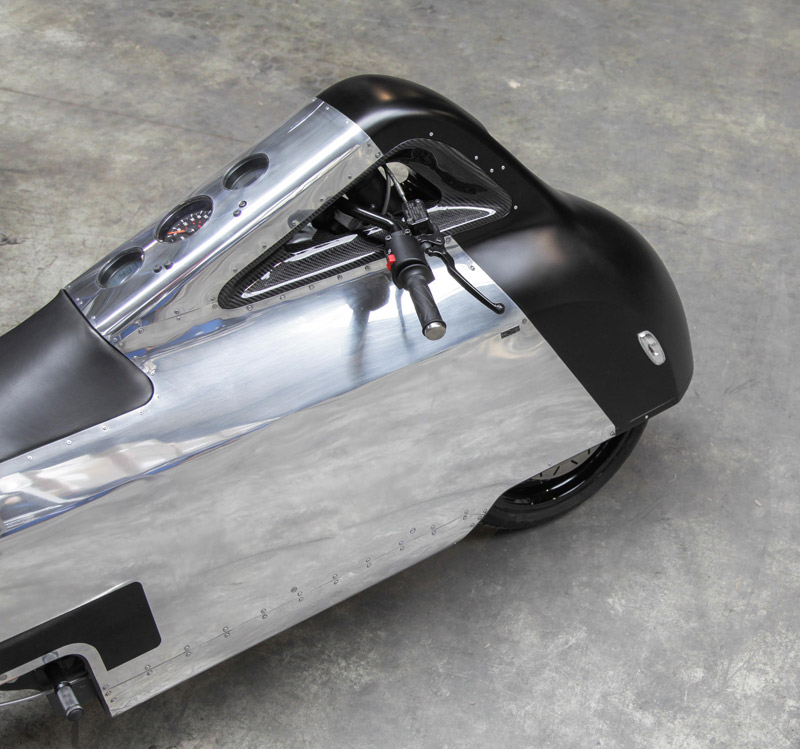 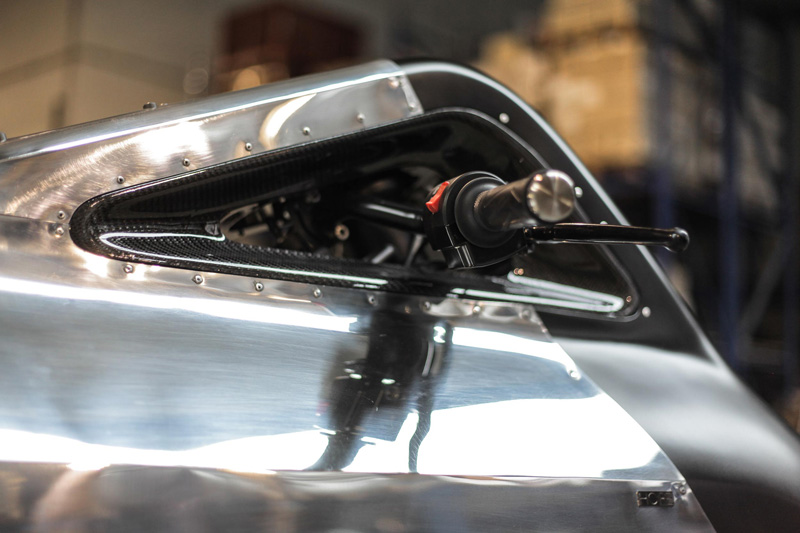 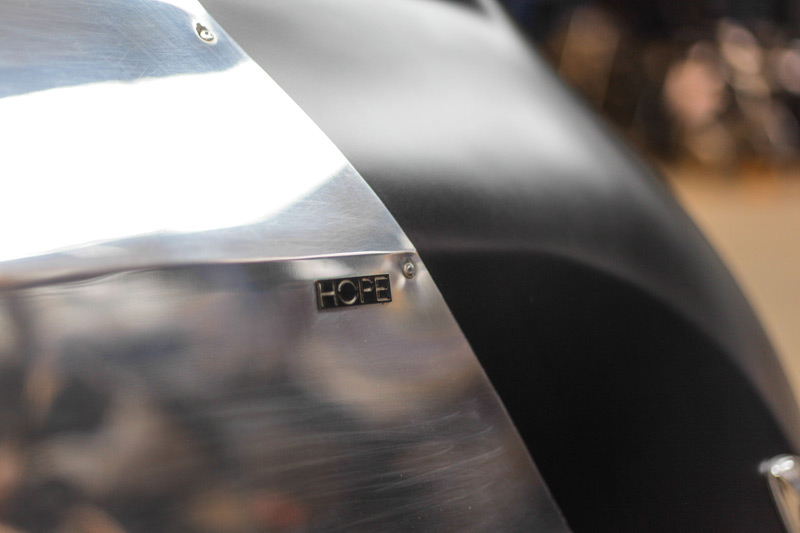 Aguiar choose to replace the original wheels and use a 17” combo, using a Suzuki GSF item up front, and a custom-made, three part aluminum design in the rear. These new wheels are then finished off with a brembo brake system for more grip on the road and an overall enhanced handling performance that adds to the pleasure of the ride as a whole. Striking in design and impressive in performance – the Hope Electric Bike Concept is a real win, win in our eyes.

With the charger being moved from the front to the top of the battery and the angle of the rear fan being altered to accommodate the considerably larger wheels that Aguiar opted for, everything about this bike concept has been carefully considered and the attention to detail really is second to none. 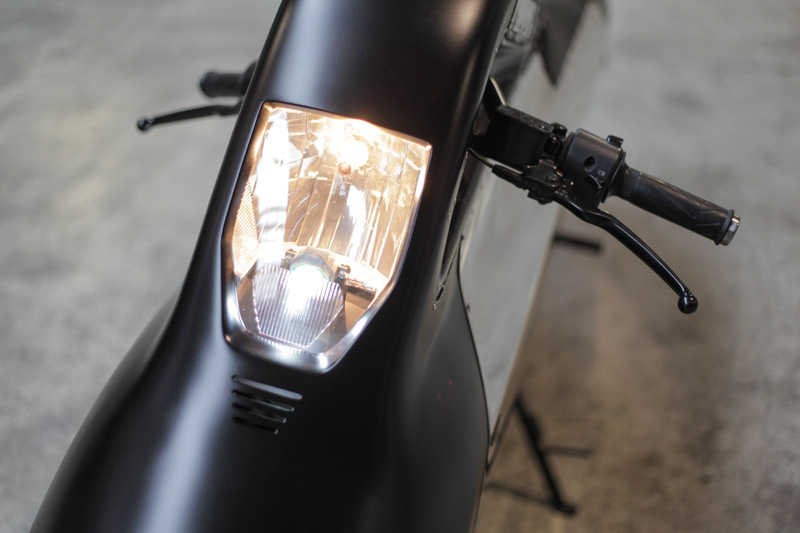 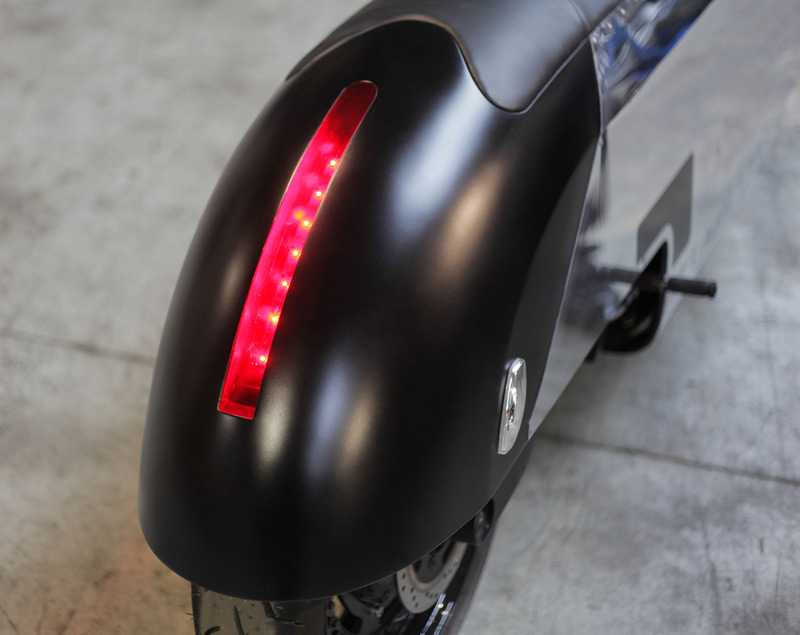 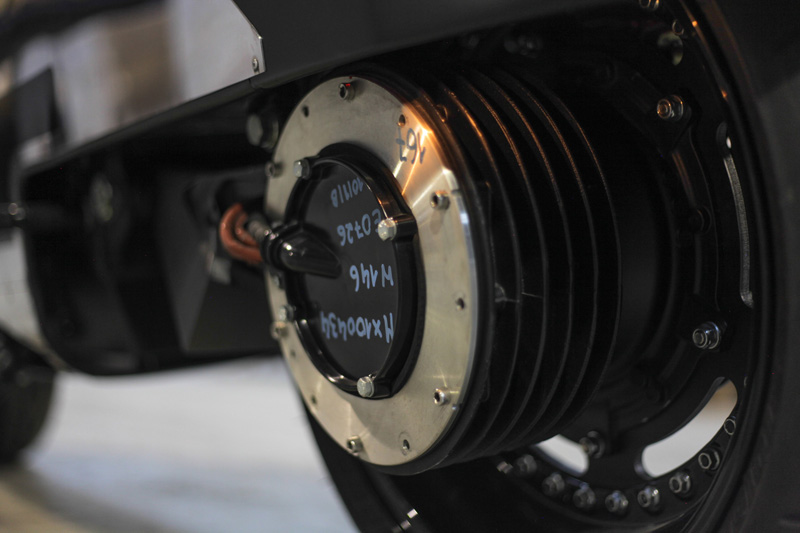 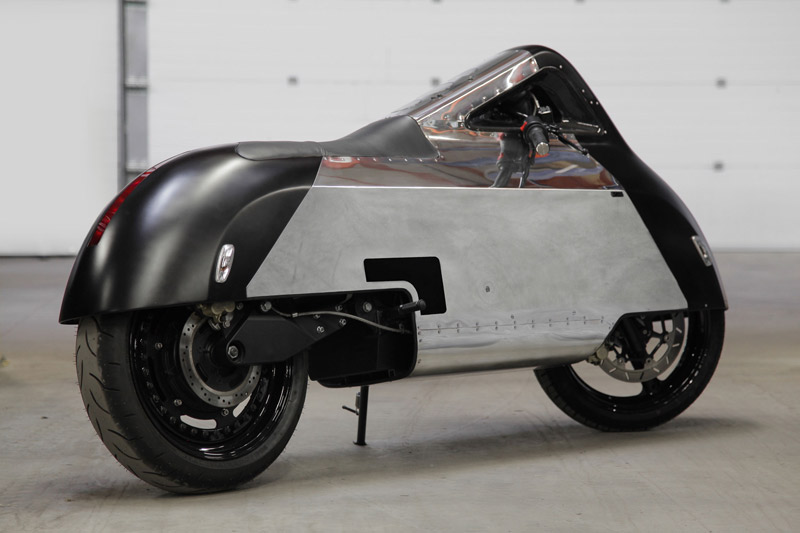 Impeccably well made and designed with the rider in mind, the Hope Electric Bike might just be a concept at present but such is the care and attention that has gone into the designing and crafting of this glorious looking prototype, we’re sure we’ll not be alone here at Coolector HQ in having our fingers crossed that this stunning steed becomes commercially available further down the line.