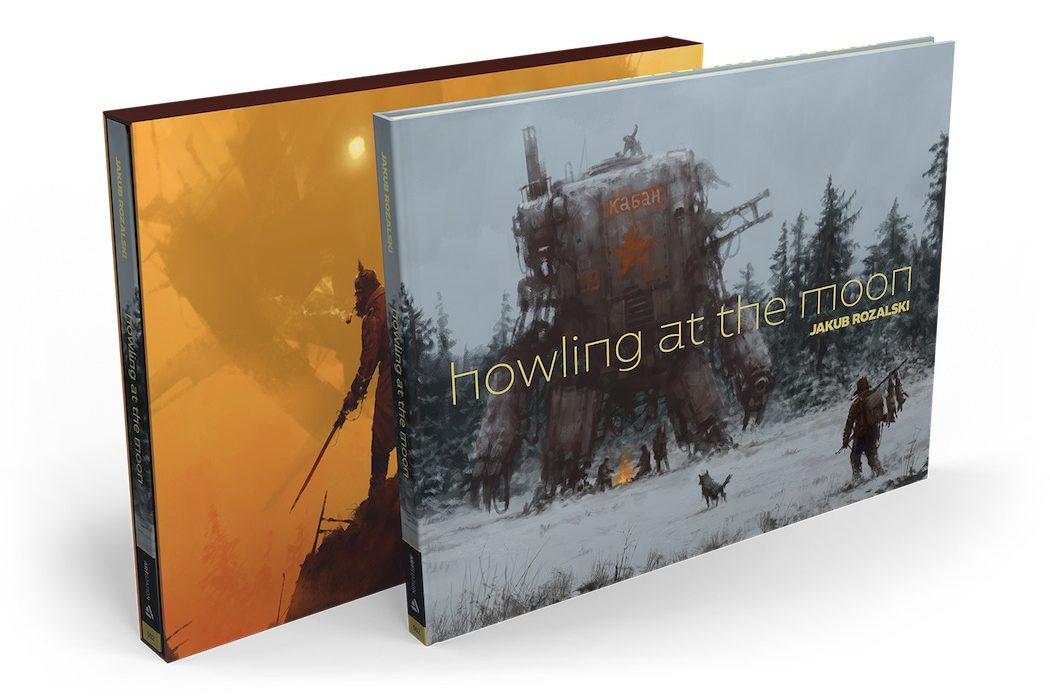 There are only a handful of artists out there that we’re pretty much obsessed with here at Coolector HQ – namely, Scott Listfield, Simon Stalenhag and Jakub Rozalksi – so we were delighted to see the last one in that list has just released a book of some of his most mesmerising artwork entitled Howling at the Moon and, as you might expect, it is all sorts of awesome. 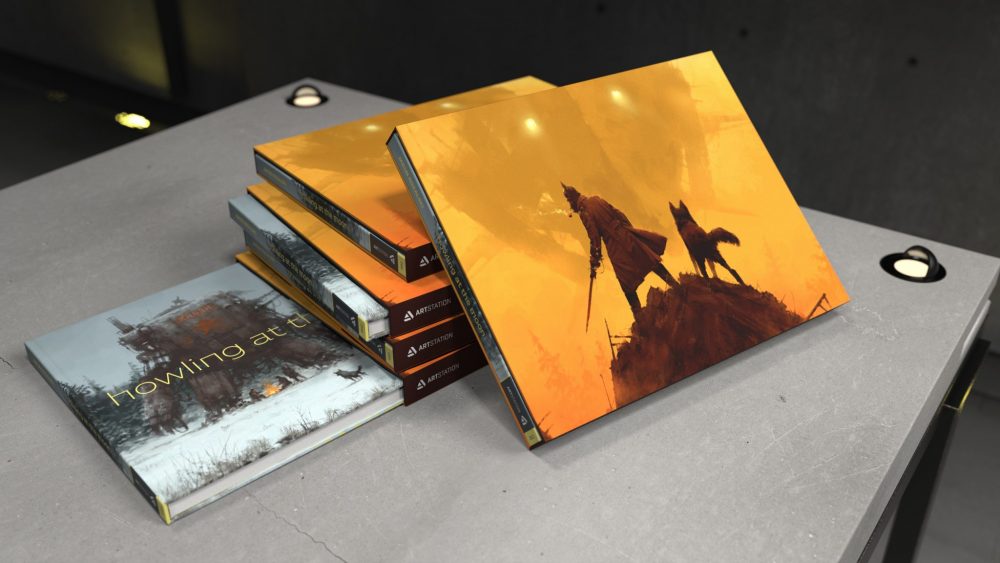 The superb looking Howling at the Moon by Jakub Rozalski has been made in collaboration with Artstation Media and is some of the famed Polish artist’s finest concept artwork. Synonymous with creating mysterious worlds which at once seem familiar yet strangely futuristic, this amazing artwork from Rozalski sees history, folklore, and modernity harmoniously clash to deliver some of the finest artwork you’ll see in 2018 and beyond.

Out of this World Artwork

Perfectly suited as a coffee table book, Howling at the Moon by Jakub Rozalski boasts an array of Rozalski’s most mesmerising work from his World of 1920+, Wolfpack1863,  the Ancients, Apocalypse day and folk stories so you’ll be treated to an extensive range of his most compelling designs. The book comes replete with step-by-step tutorials, English an Polish commentary from the artist not to mention an exclusive interview with the artist himself, so you’re guaranteed to get lost in its pages for hours. 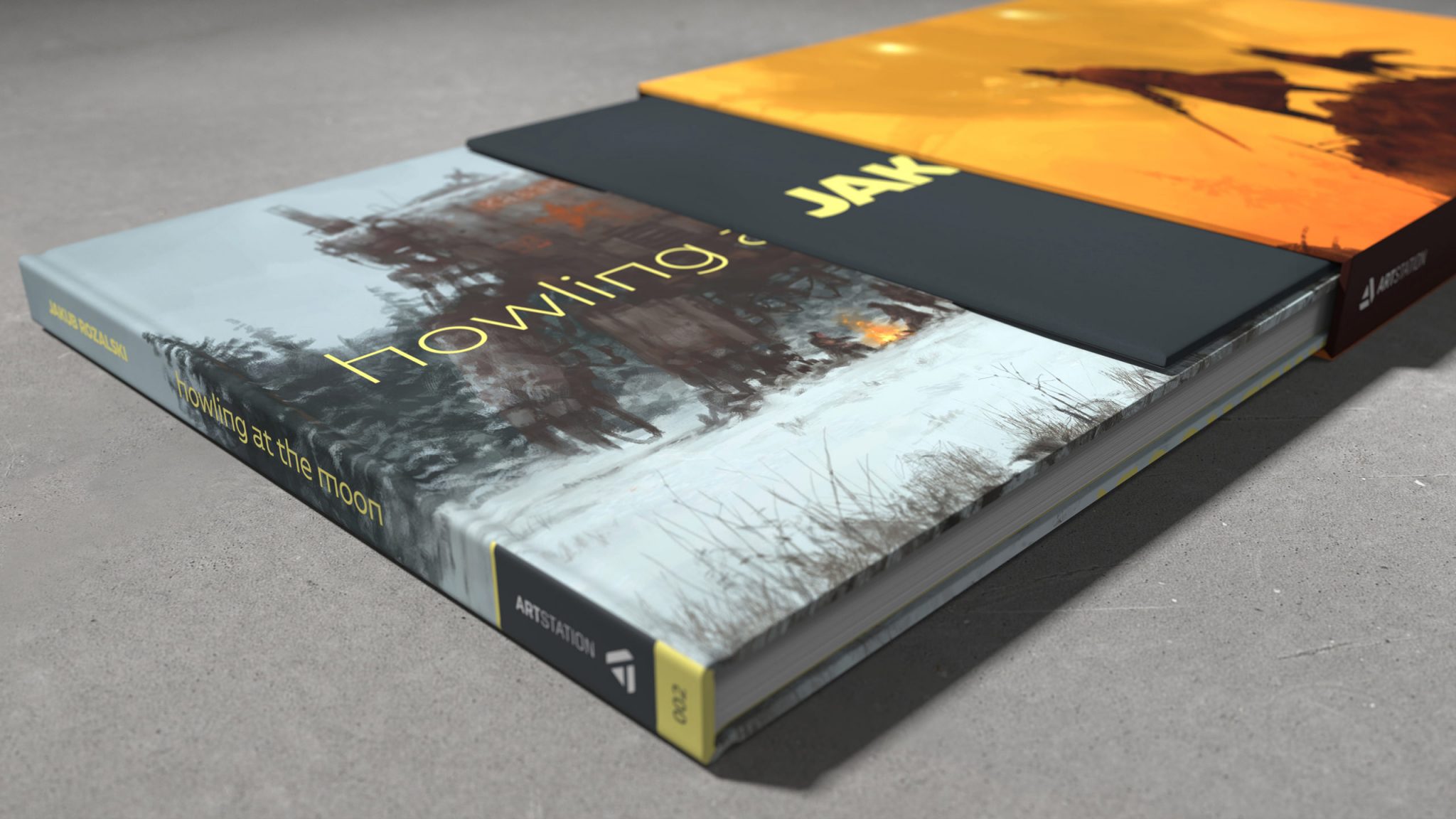 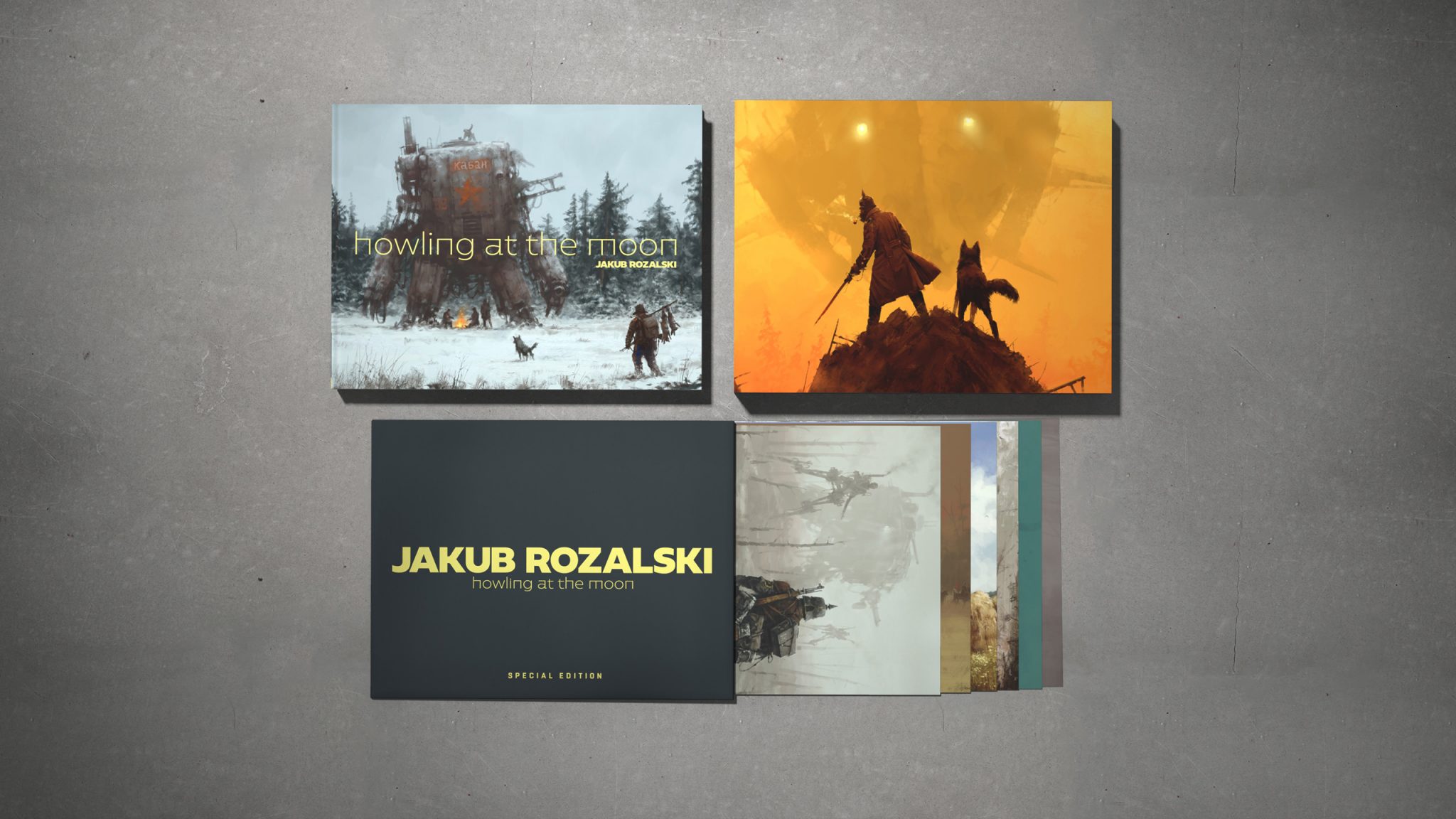 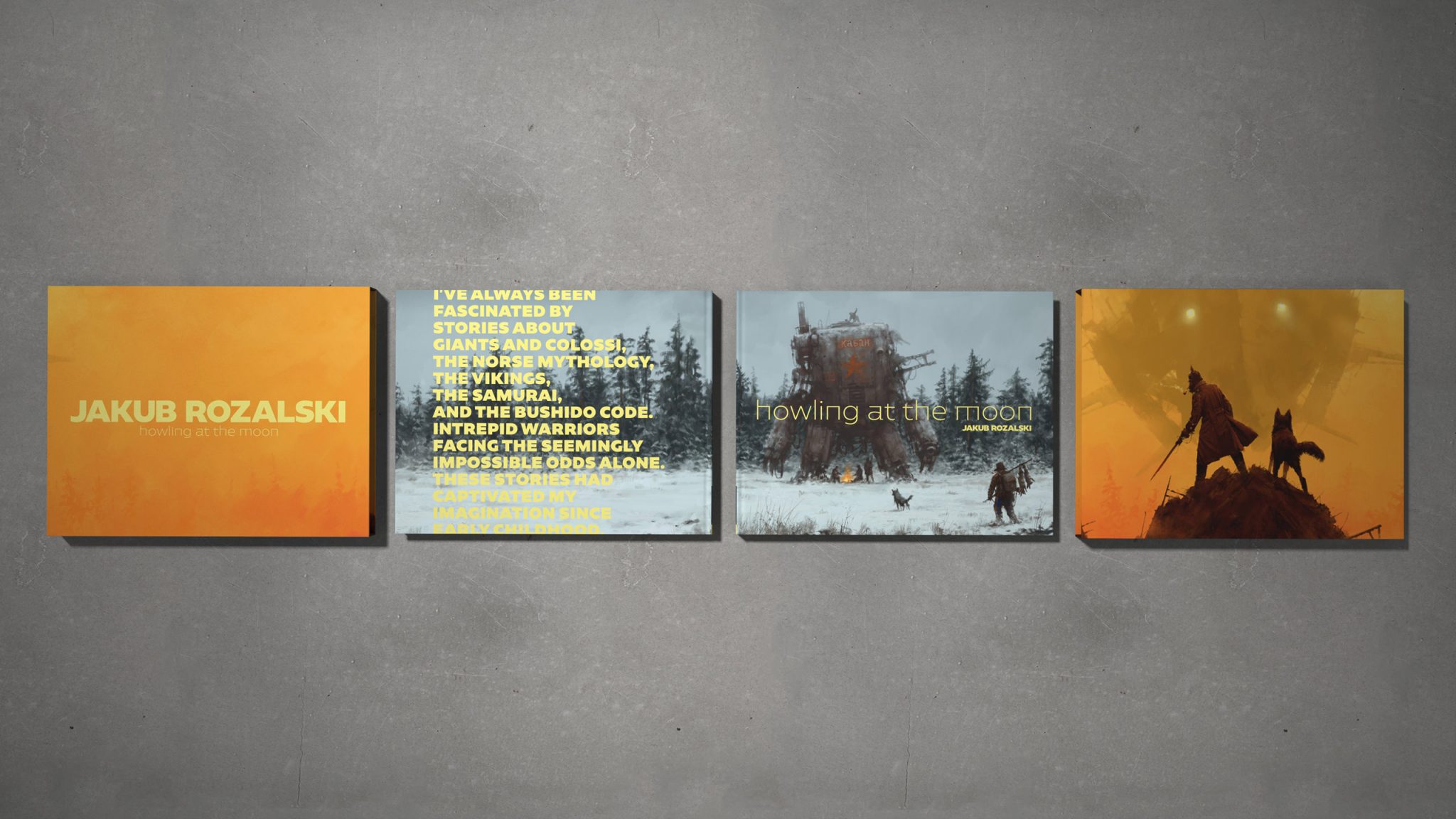 A lot of attention to detail has gone into the design of the Howling at the Moon Book from Jakub Rozalski and renowned Director and Designer Brent Ashe has been responsible for creating every element of the book’s presentation in order to make it an art experience you’ll not be able to get enough of.

I love the atmosphere of mystery, the external conflict of good and evil, the thin line between the real and the unreal, the presence of the supernatural, the fantastical creatures, the wisdom coming from them, the historical context and some kind of romanticism. 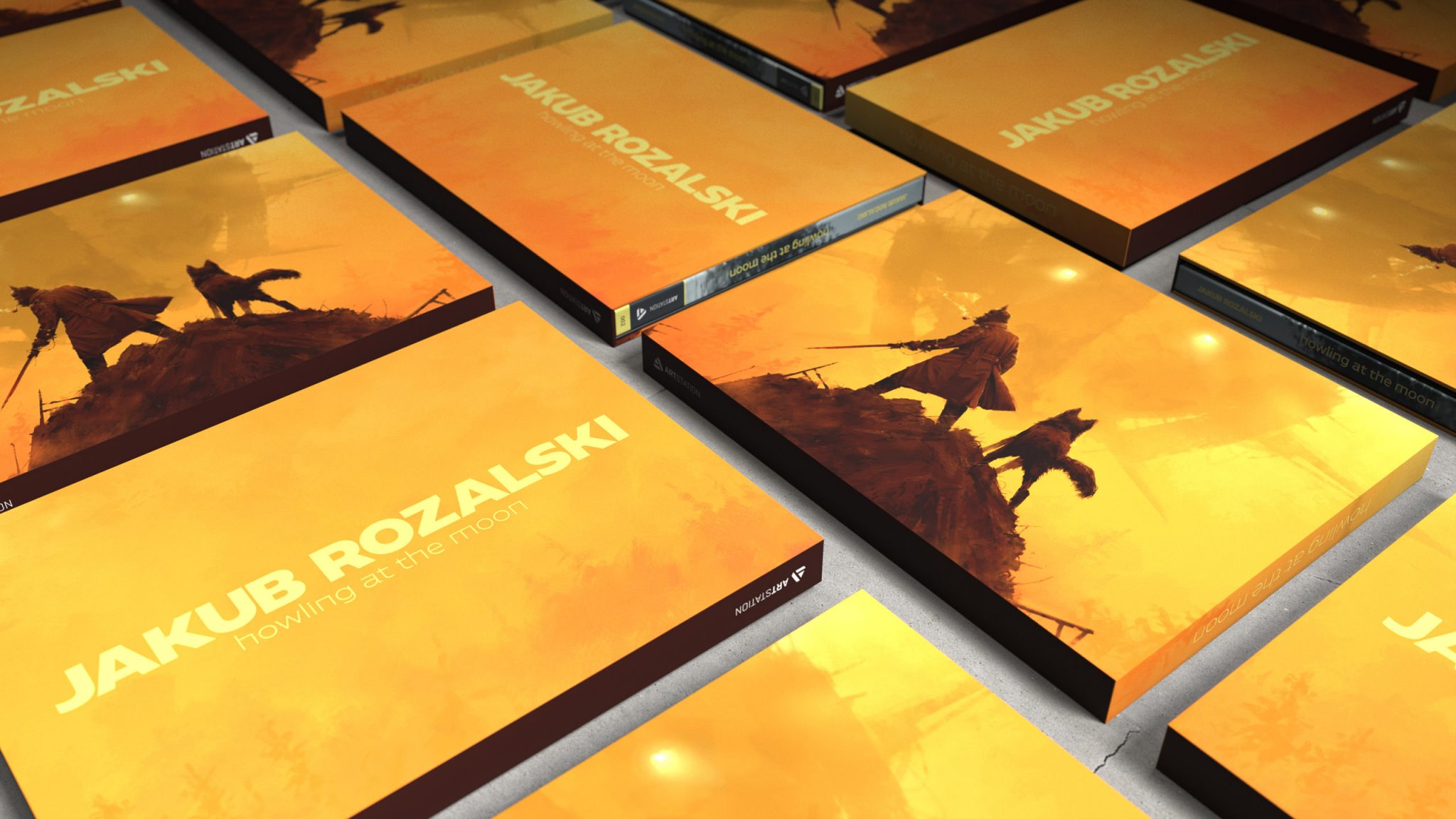 This special edition book is going to appeal to fans of the Polish designer’s artwork and even if you’ve not encountered his exceptional creations previously, you’re sure to find yourself won over pretty quickly by the striking pieces dotted throughout Howling at The Moon. As a special edition, it comes complete with a visually superior, bold hardcover slipcase alongside an envelope of six 8.9″ x 11.7″ exclusive prints.

The artwork of Jakub Rozalski typically juxtaposes seemingly 19th and 20th century style settings and adds in engaging yet strangely jarring mechanical and futuristic machines and mythical beasts to deliver the sort of eye-catching artwork that we love here at Coolector HQ. His Howling at the Moon Book from Artstation Media will definitely be winging its way to our coffee table sooner rather than later. 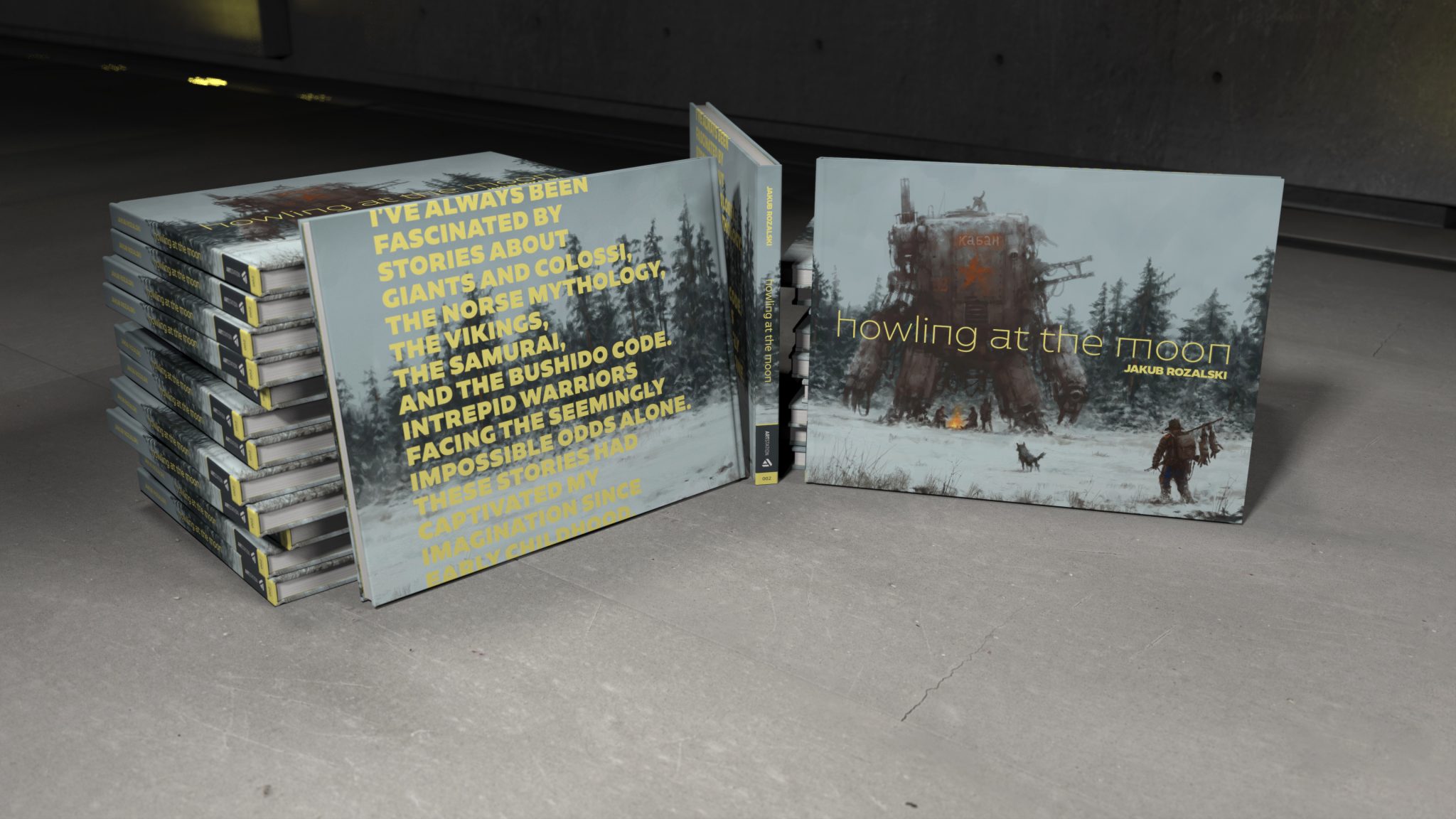 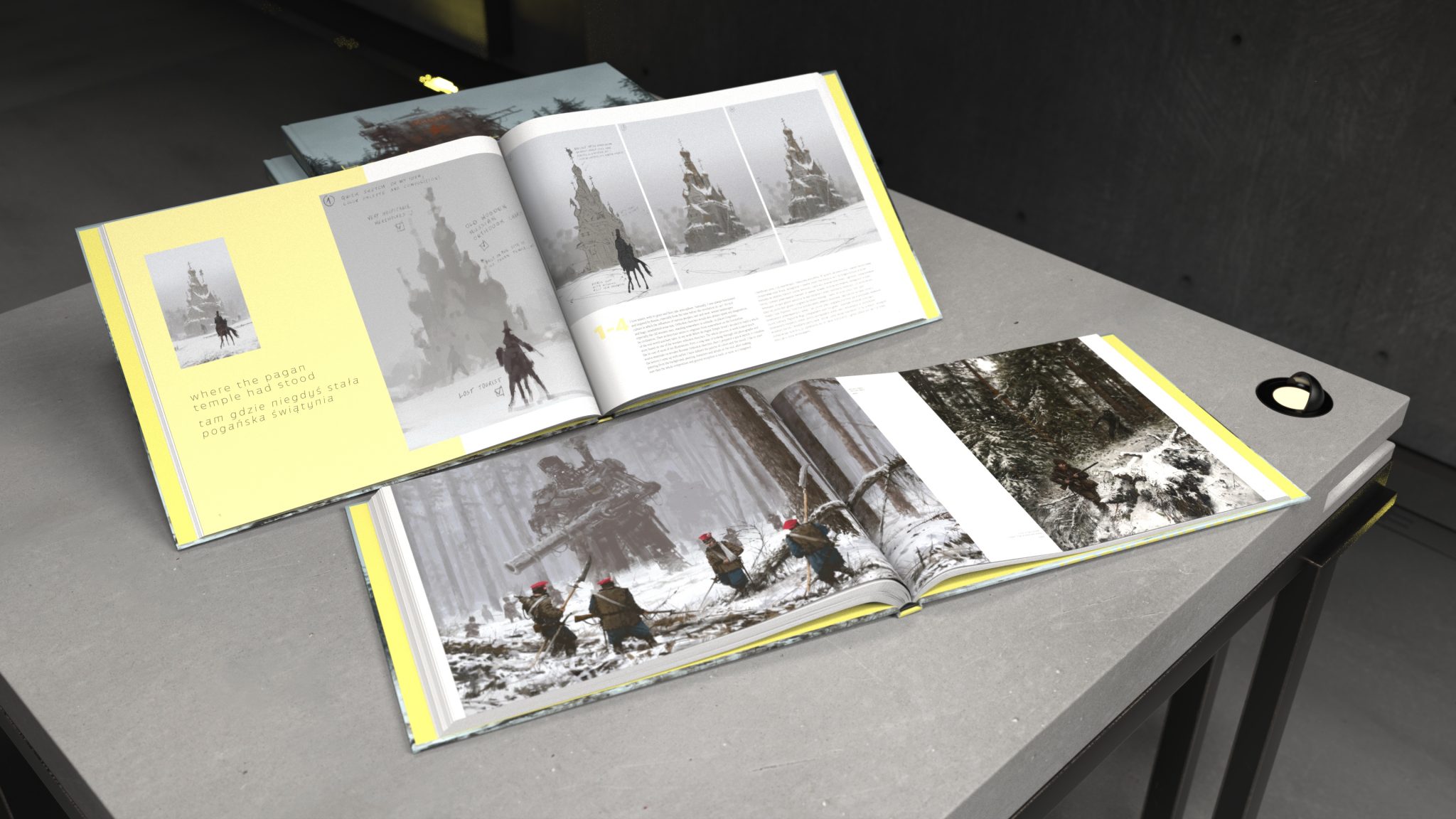 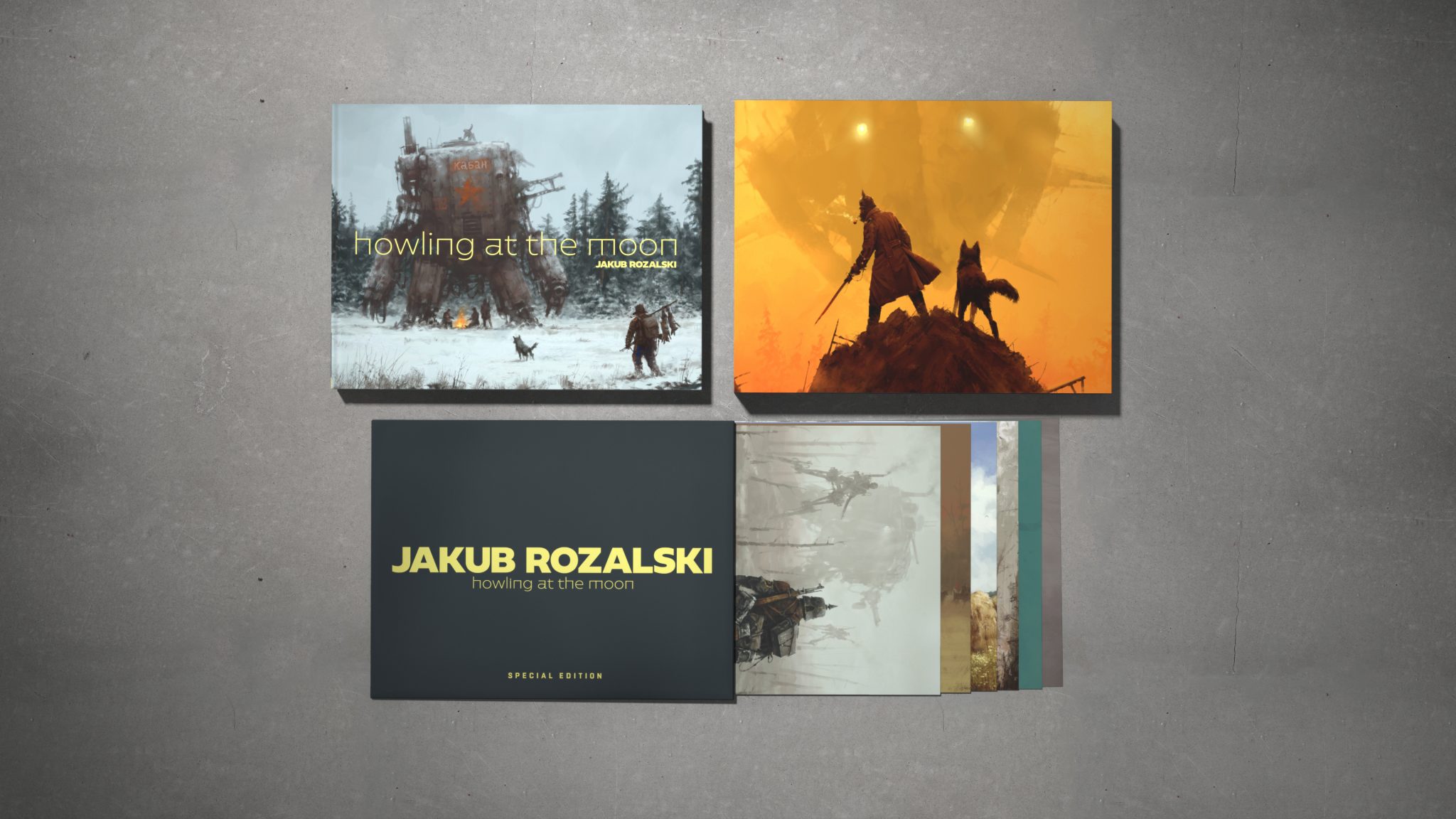 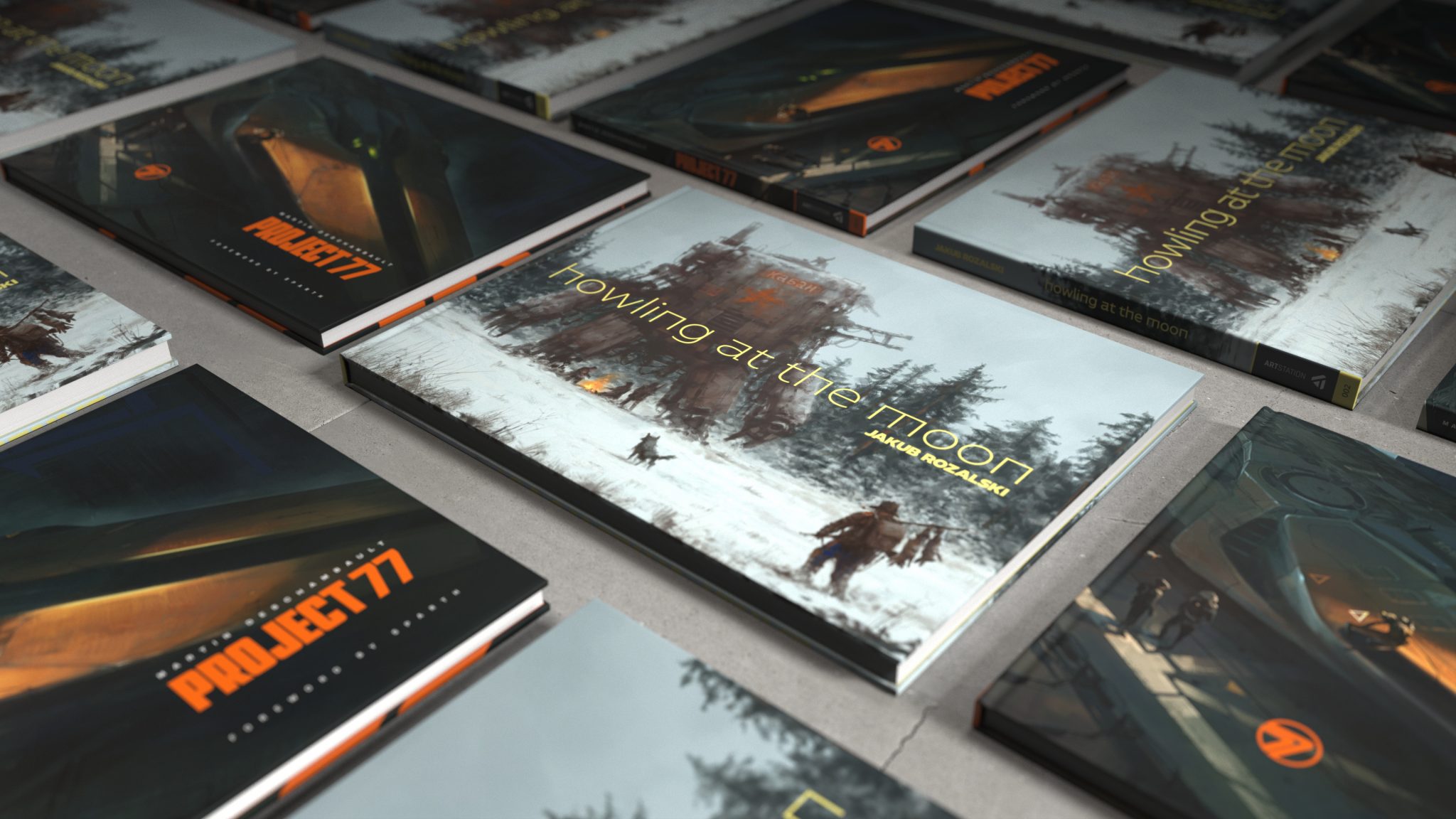 A special edition creation chock full with great little insights behind his artistic processes and other bits and pieces, Howling at The Moon from Jakub Rozalski is sure to be snapped up by eager fans of his work and you’ll need to move quickly to make sure you get your hands on a first edition.

So far as classic car design is concerned, BWM have some of the best in the business and this BMW Garmisch is one that…

Howling at the Moon by Jakub Rozalski 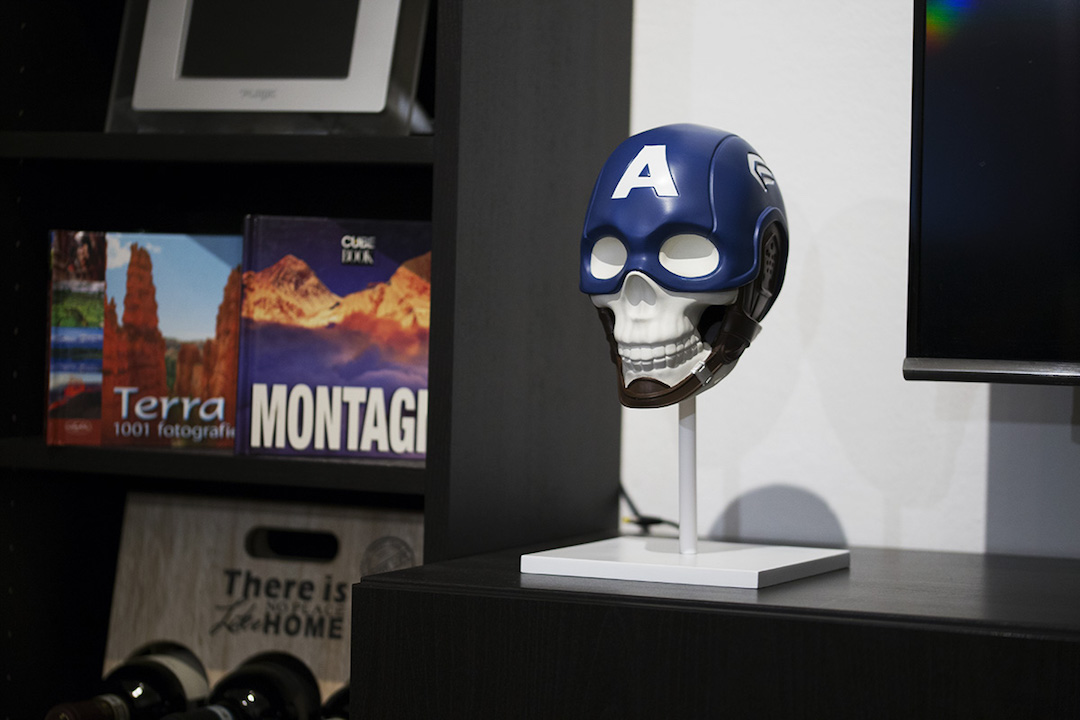 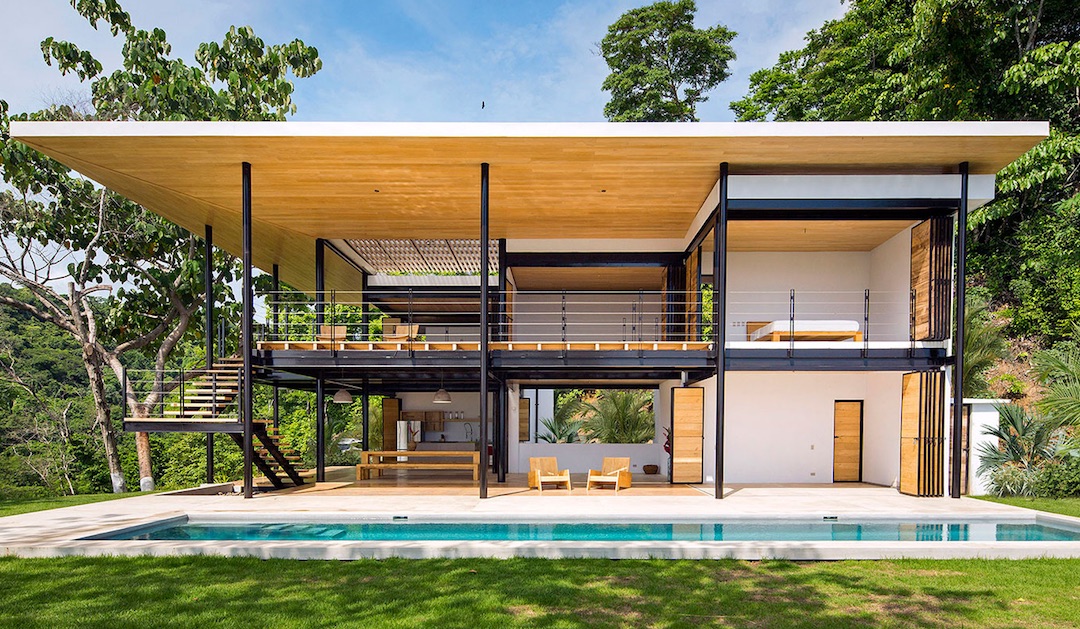