Though South Park doesn’t sit as high on our essential viewing list as it once did here at Coolector HQ, it’s still a show we’ve got a lot of time for and if there’s one character that we’ve got a particular penchant for, it’s Eric Cartman. As a result of this, you won’t be surprised to hear that we’ve had our heads well and truly turned by this awesome looking South Park A.W.E.S.O.M.-O 4000 Figure from Kidrobot which fans of the show are sure to want to make their next workspace addition. 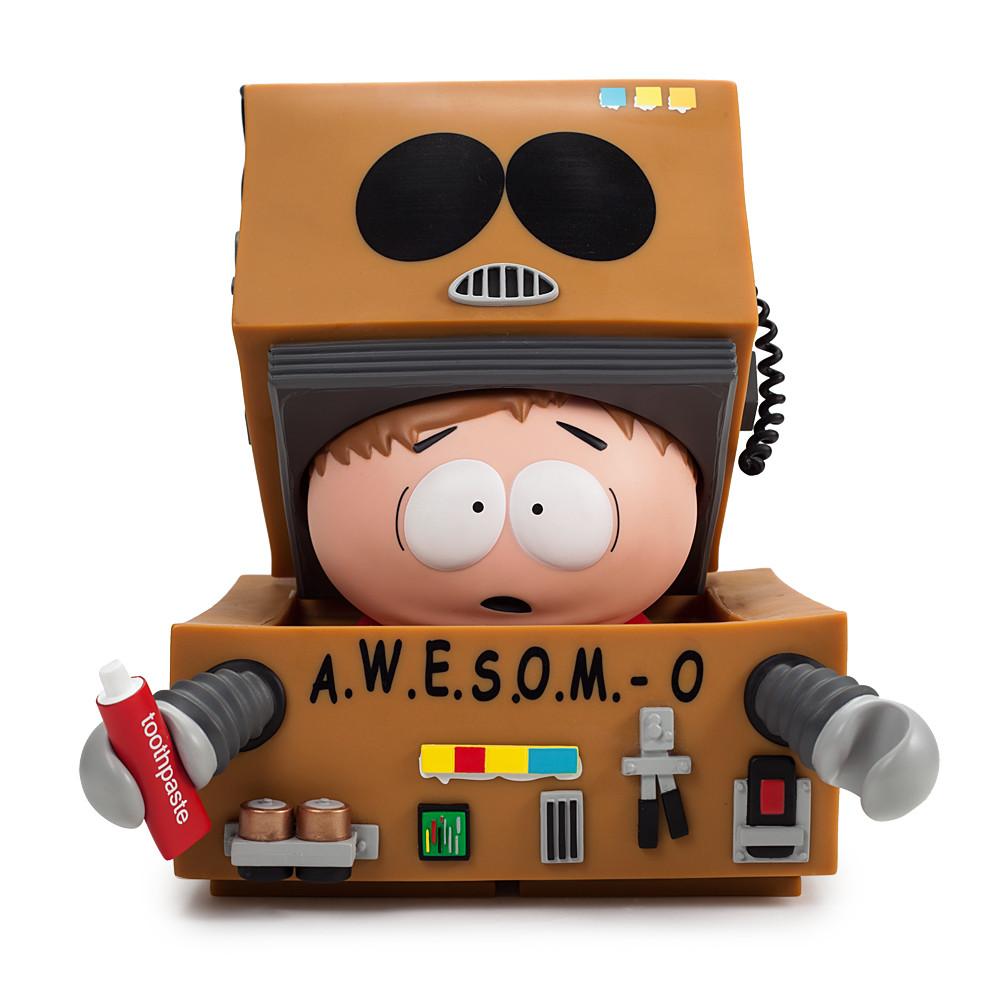 A faithful recreation of Eric Cartman’s A.W.E.S.O.M.-O 4000 Robot, this top notch piece of design from Kidrobot, a brand famed for their top quality, pop culture figures, is right up our street here at The Coolector. This brilliantly conceived and crafted figure is a central feature in a deeply humorous series of events in South Park where Cartman disguises himself as the robot in order to learn Butters’ secrets and, as you would expect, doesn’t keep quite about them.

Kidrobot are a leading, worldwide pedlar of awesome limited edition art toys, signature apparel and lifestyle accessories and it is brilliant pop culture examples like this South Park A.W.E.S.O.M.-O 4000 Robot  that we love at The Coolector. An innovative cross between sculpture and conceptual art, the designs of Kidrobot deliver not just an engaging platform for today’s international fashion designers, illustrators and artists, but also a creative canvas for emerging street trends and pop art so it’s easy to see why their figures go for anything between $5-25,000. 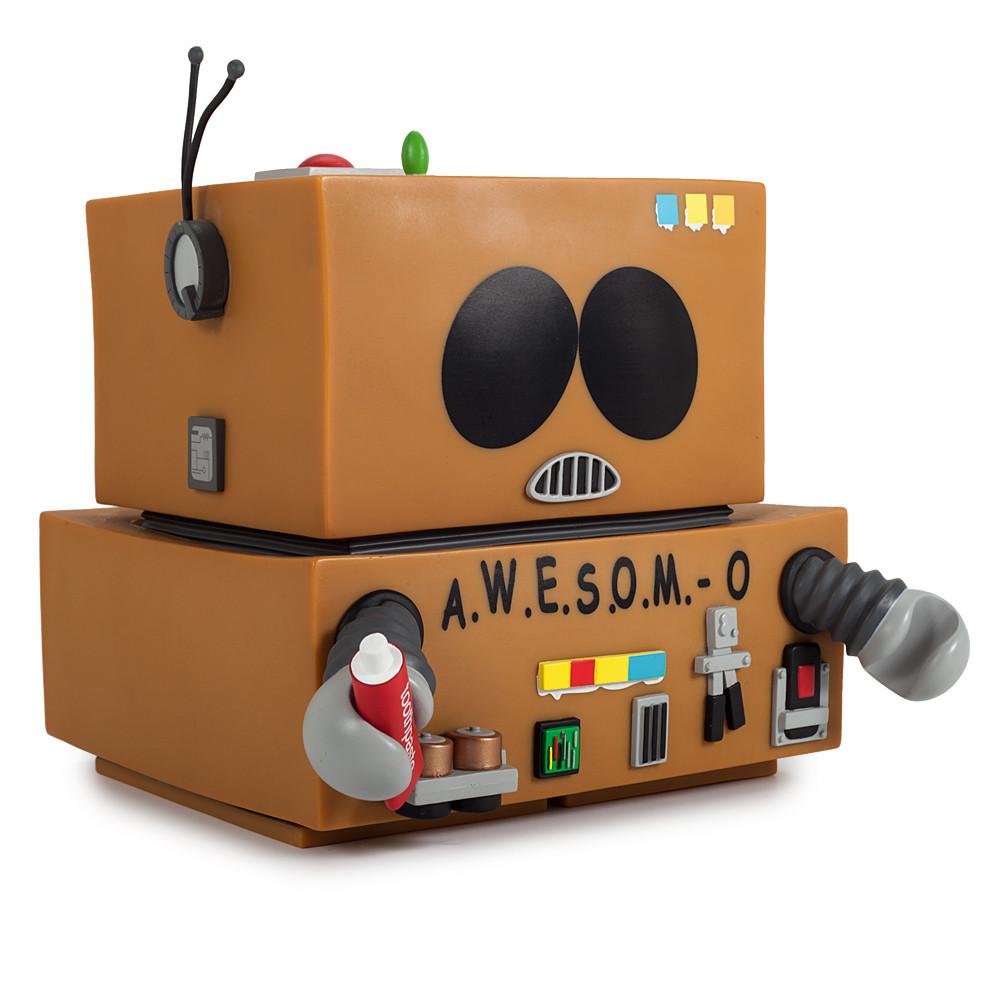 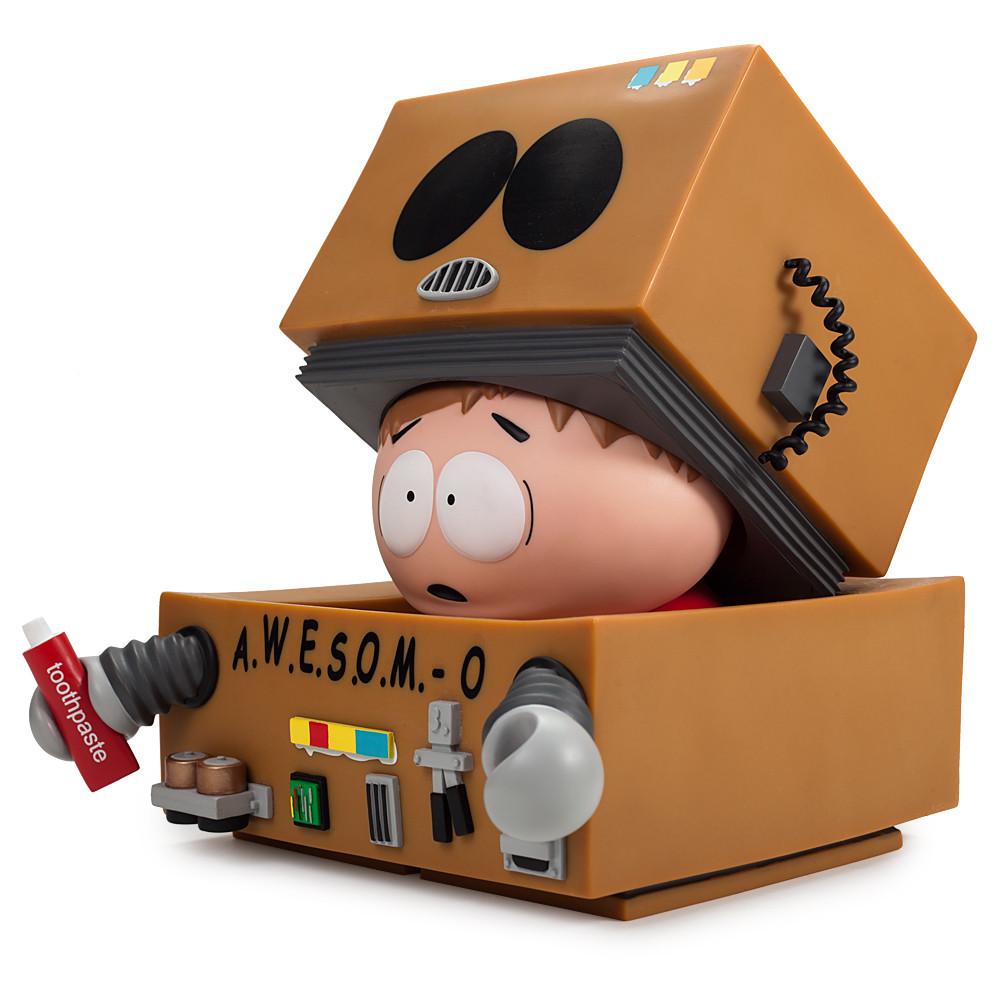 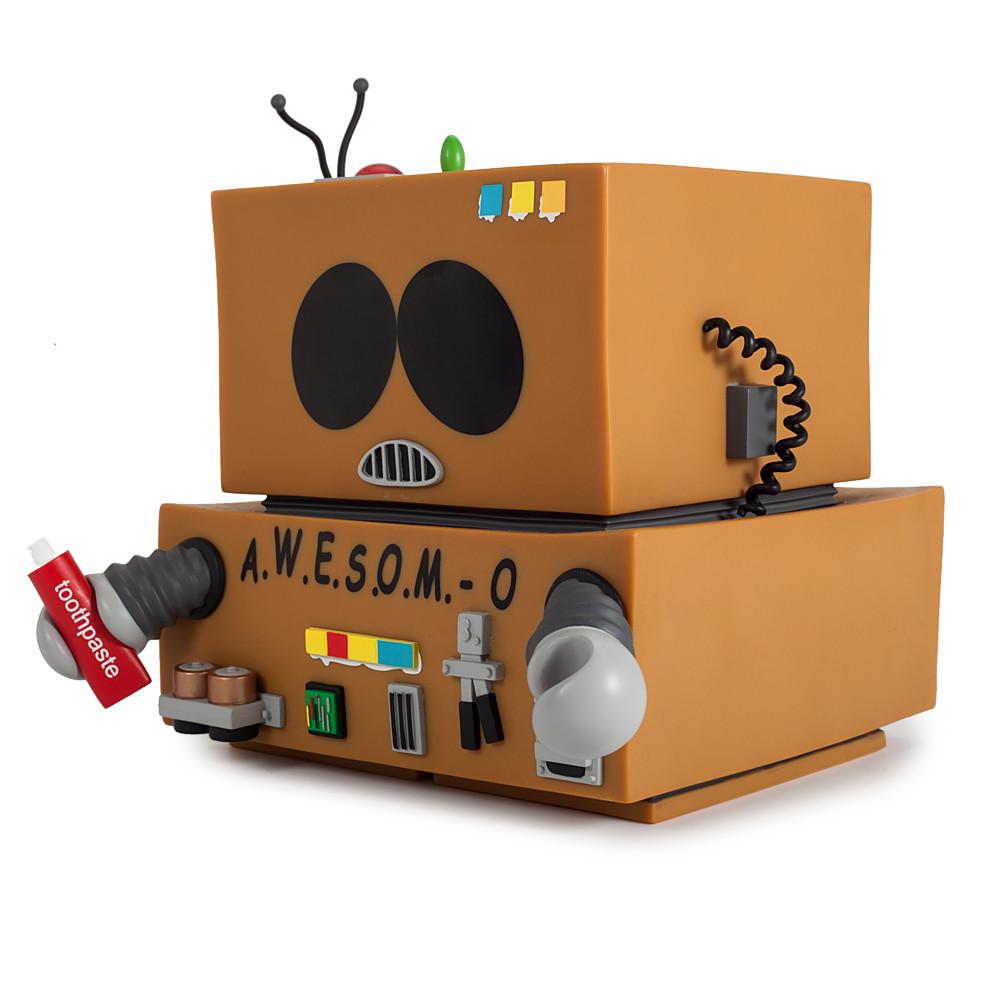 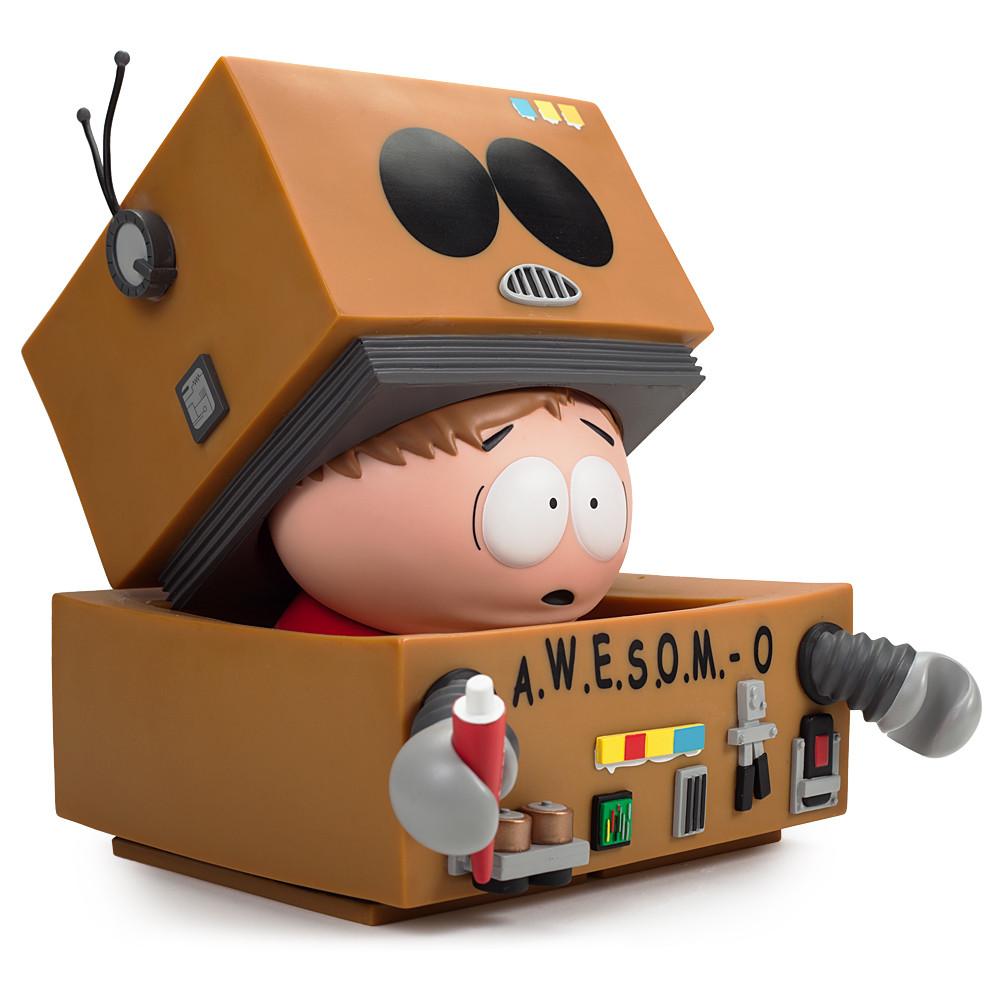 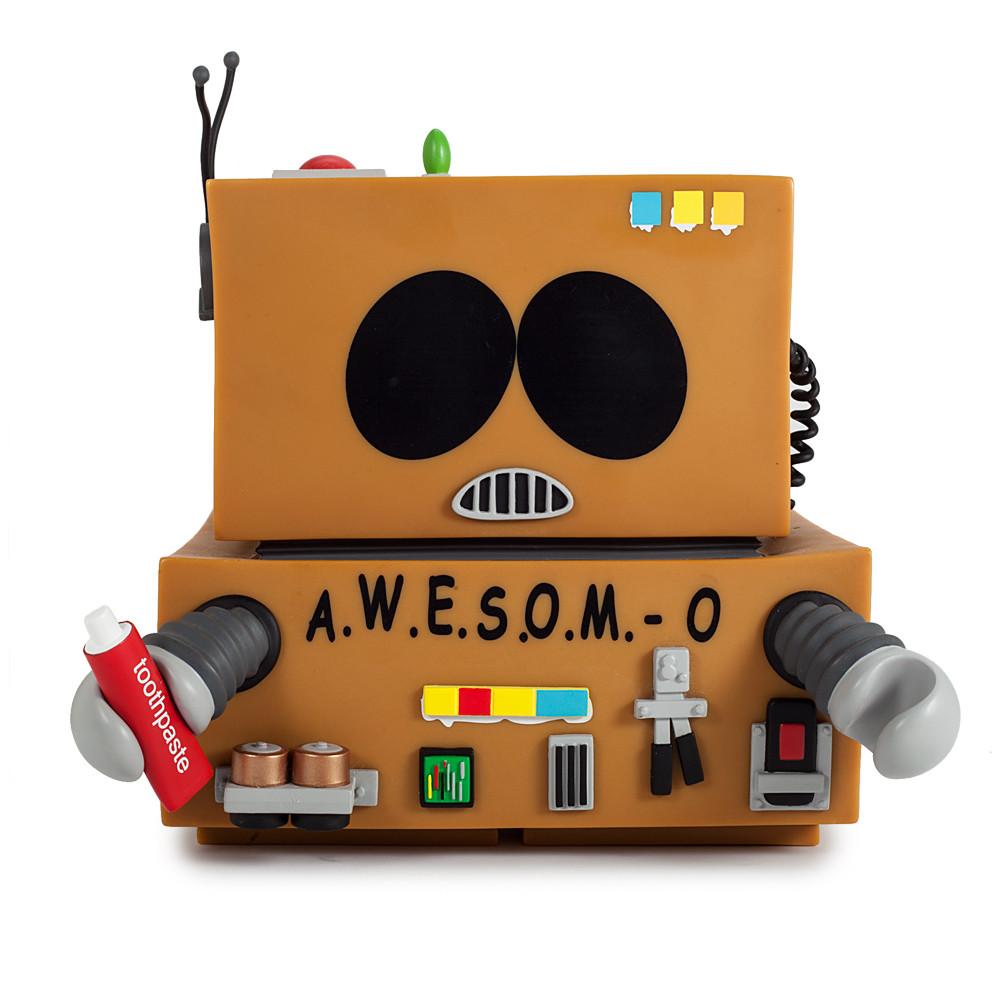 The Kidrobot Eric Cartman’s A.W.E.S.O.M.-O 4000 Robot Figure is a fine example of the comedy gold that is ripe for replicating within the hit show and if you’re a fan of Cartman, Kyle, Stan et al and want to get awesomeness relating to the show in your own workspace, this would definitely be one of our primary picks. This top class figure from Kidrobot has a removable box-head which reveals the half-starved face of Eric Cartman with only his toothpaste accessory for sustenance, in what is a great level of detail in the finished product. 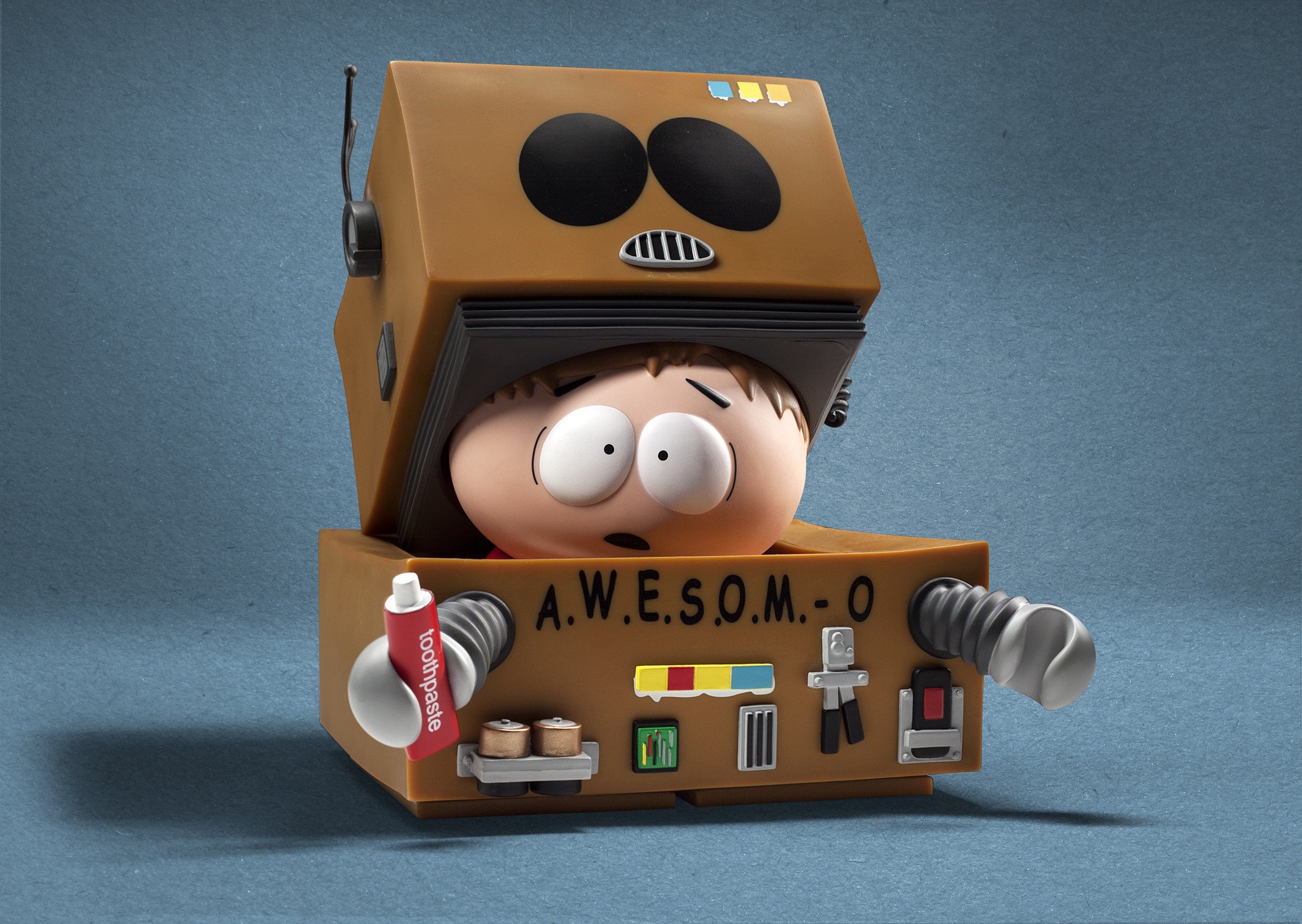 Measuring 6 inches in height (when he’s got his cardboard box robot head in situ), this fantastic A.W.E.S.O.M.-O 4000 Robot Figure from Kidrobot makes for a striking feature on any desk and a great talking point to boot. Needless to say, South Park has legions of fans and Cartman has remained probably the most popular and quotable character during the hit show’s extensive number of seasons and the A.W.E.S.O.M.-O 4000 a prime example of the character’s comedy prowess.

Kidrobot are unquestionably one of the world’s leading names in crafting superb figures like this and it is the attention to detail that goes into all the items that they create that stands them in such stead and points to why they are so popular amongst pop culture figure collectors. This brilliant example is just one of many South Park options you’ll find on their digital shelves but certainly our favourite here at The Coolector. 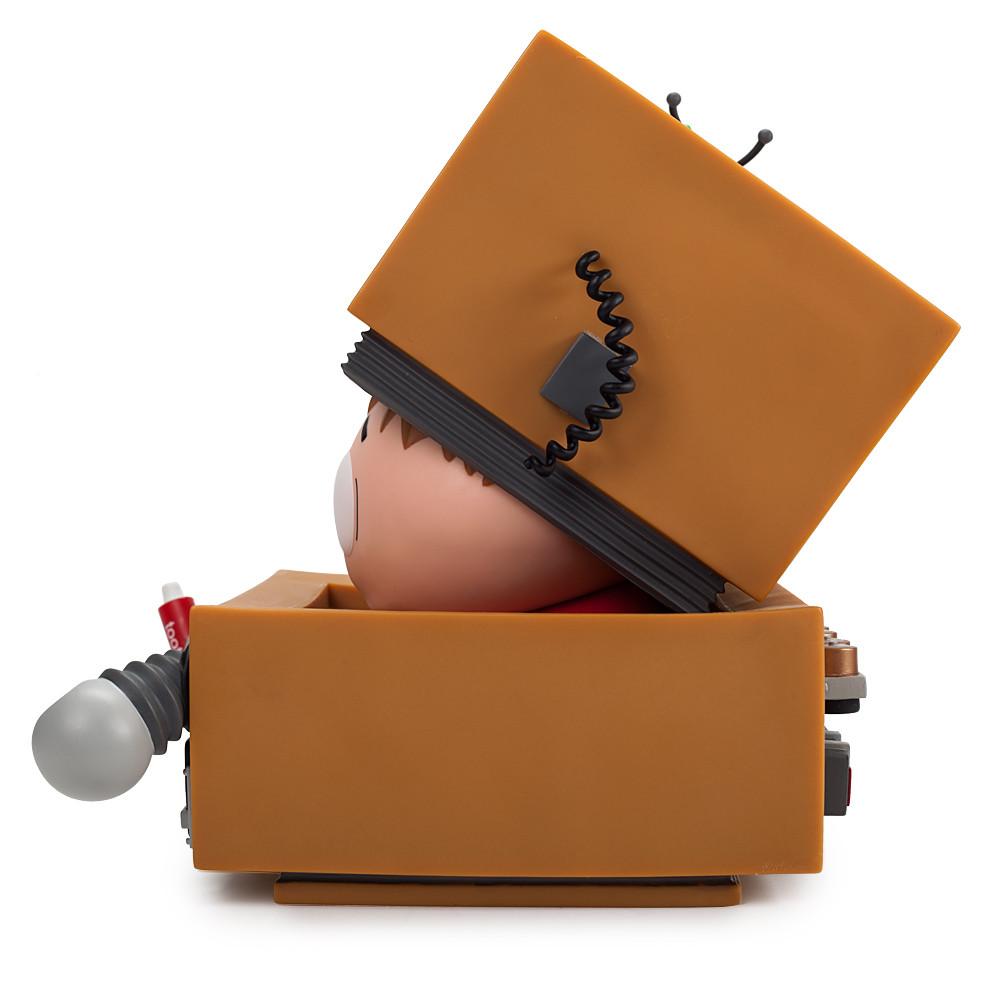 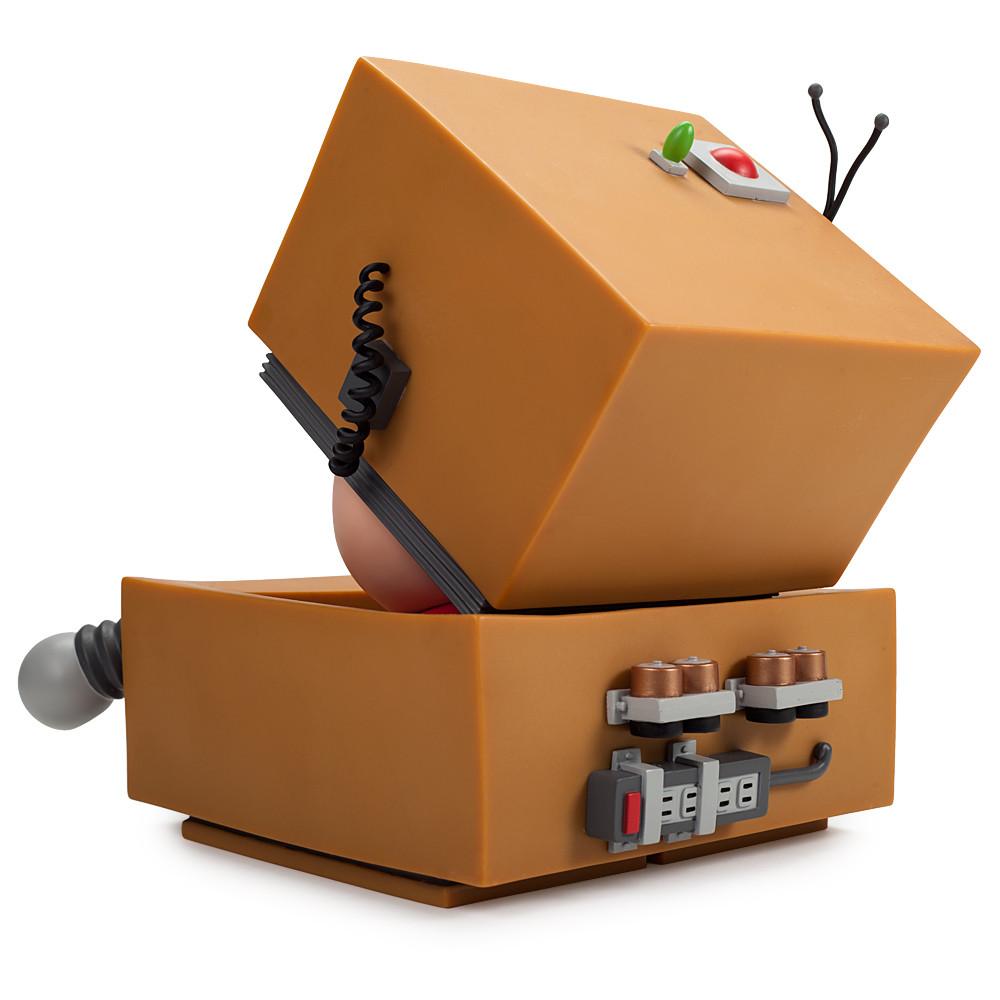 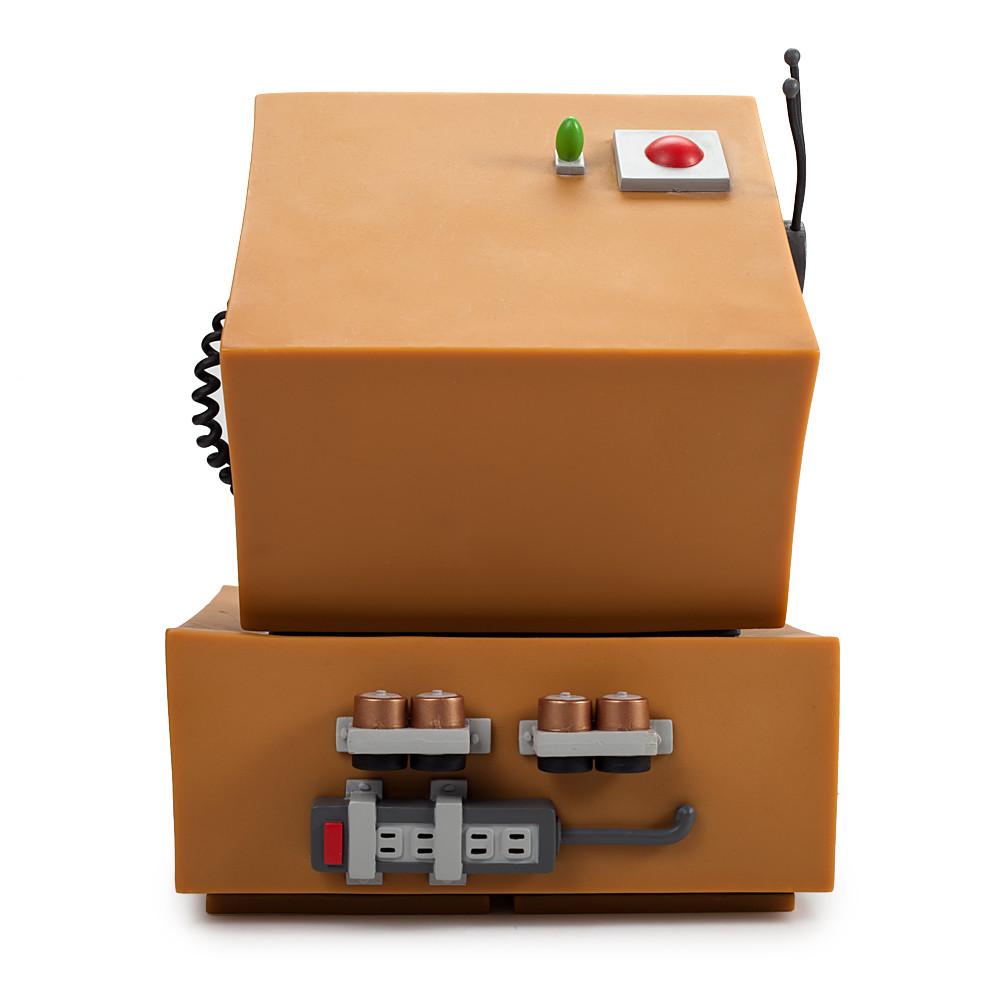 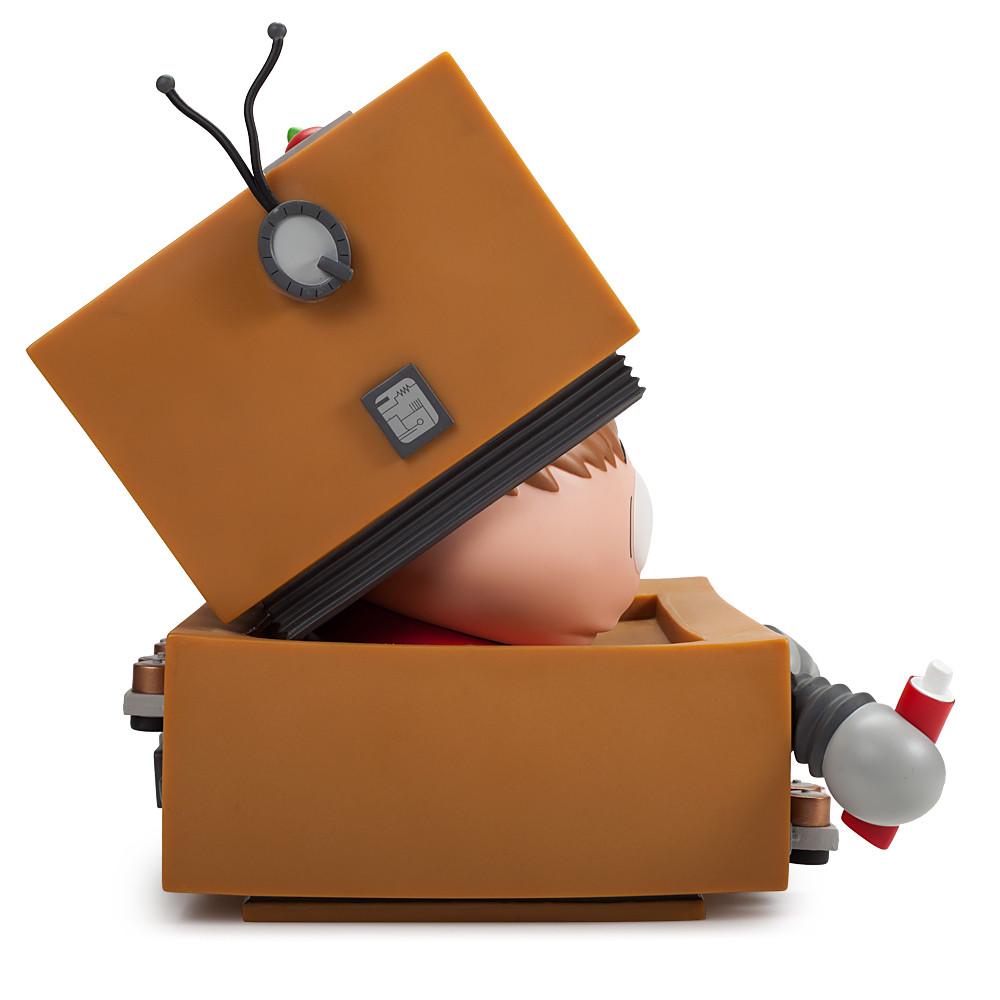 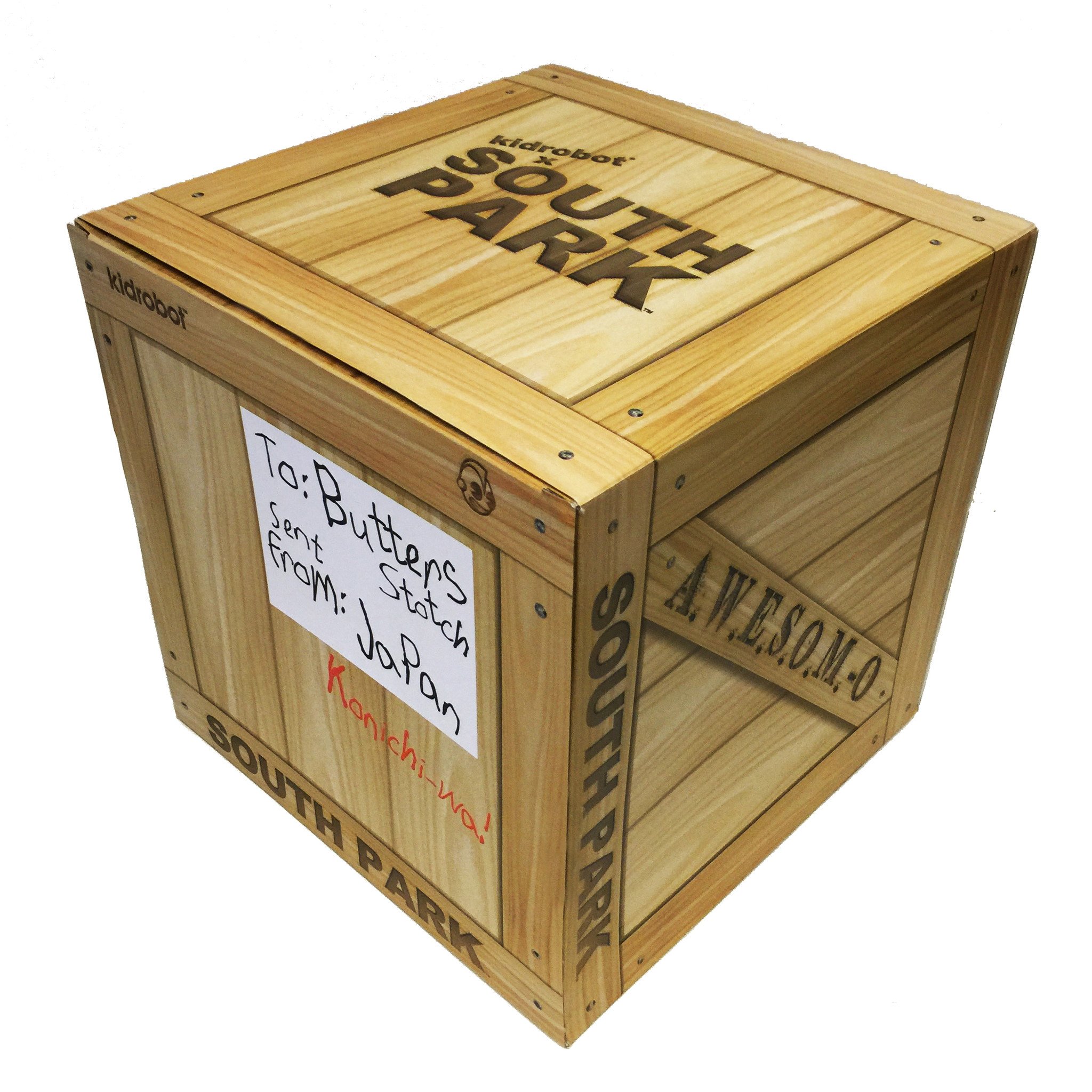 If you count yourself as a South Park fan, particularly of Cartman, this spiffing figure from Kidrobot is probably already calling out to you and the fact that you can pick it up for under $60 should probably seal the deal. Humorous, excellently crafted and a focal point for your workspace, there’s nothing not to like about this cracking construct.

Written By
Leo Davie
More from Leo Davie
Of all the places to work, the patents office must surely be...
Read More