Stone is, of course, a principal building block for many structures through the ages but few contemporary pieces of architecture have incorporated it so extensively as the Lago Maggiore House from Wespi de Meuron Romeo Architekten. Located in Gambarogno, Tessin, in Switzerland, this striking piece of design is definitely unlike most homes we’ve featured on the pages of The Coolector and it is surrounded by Mediterranean vegetation and an extensive view overlooking open water. 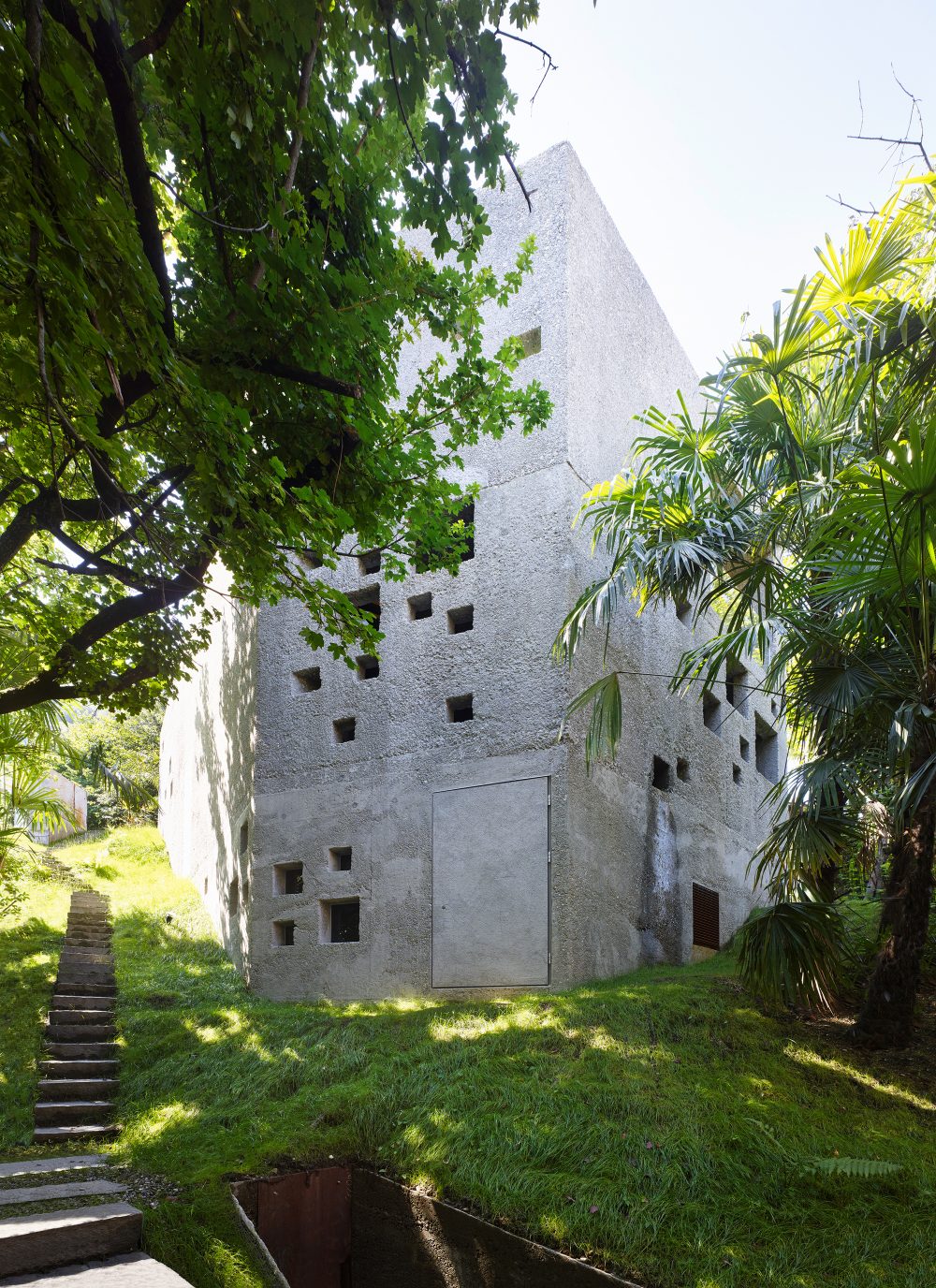 The Lago Maggiore House from Wespi de Meuron Romeo Architekten has been designed and built for a family of three and boasts a polygonal volume featuring a coarse concrete surface on the exterior that looks almost as though it has been hewn directly from a cliff face. This stunning piece of architecture is described the studio behind its creation as an “archaic boulder in the middle of the forest” and that’s a pretty apt description truth be told.

It’s not easy making a home from the sorts of materials but the architects behind the Lago Maggiore House really have excelled themselves with the look and feel of this residential property. It was the building regulations – such as as the road line, forest clearance and the distance of the house to the architecture studio located next door that gave rise to the pentagonal shape of this home, which has a total area of just 79 m² which might not sound a lot but due to some innovative design endeavours, it works wonderfully well. 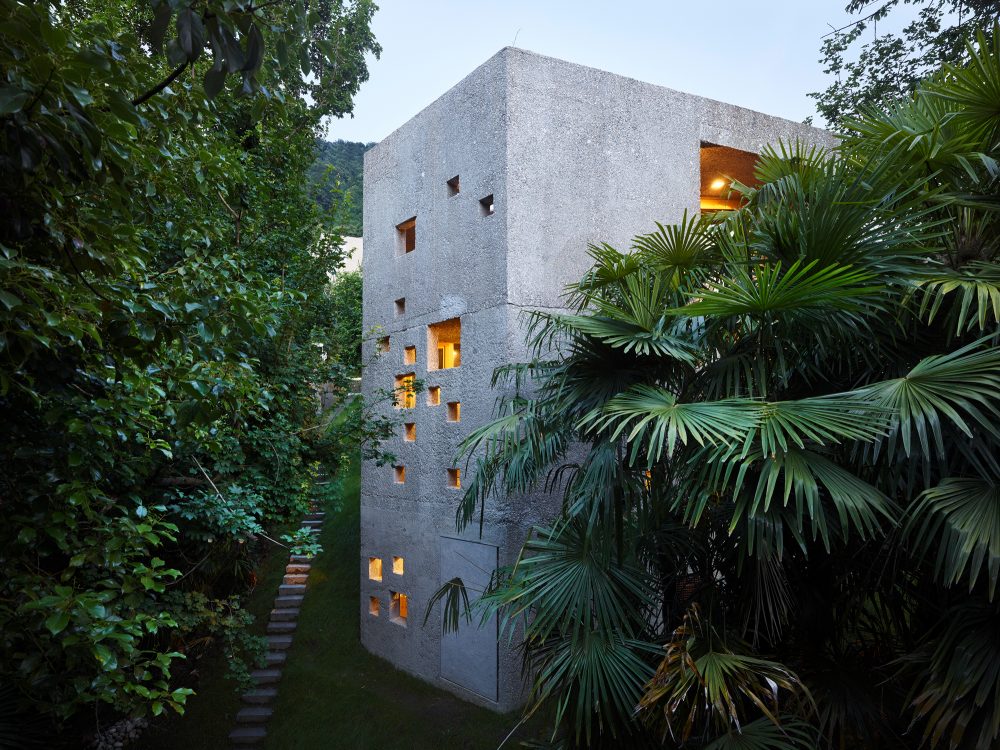 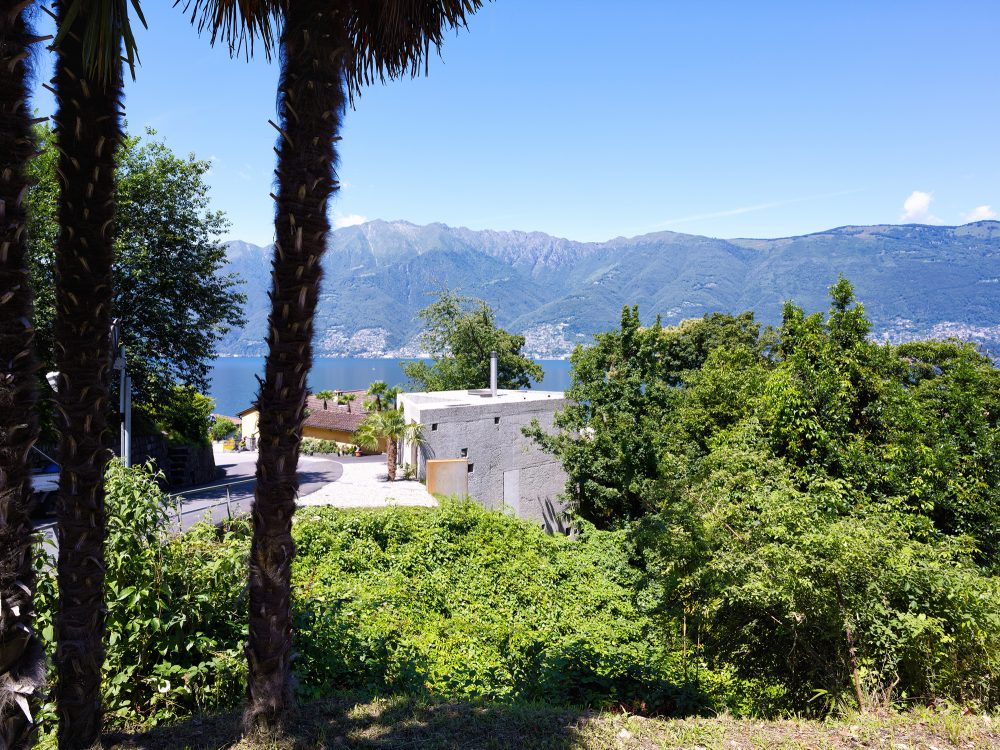 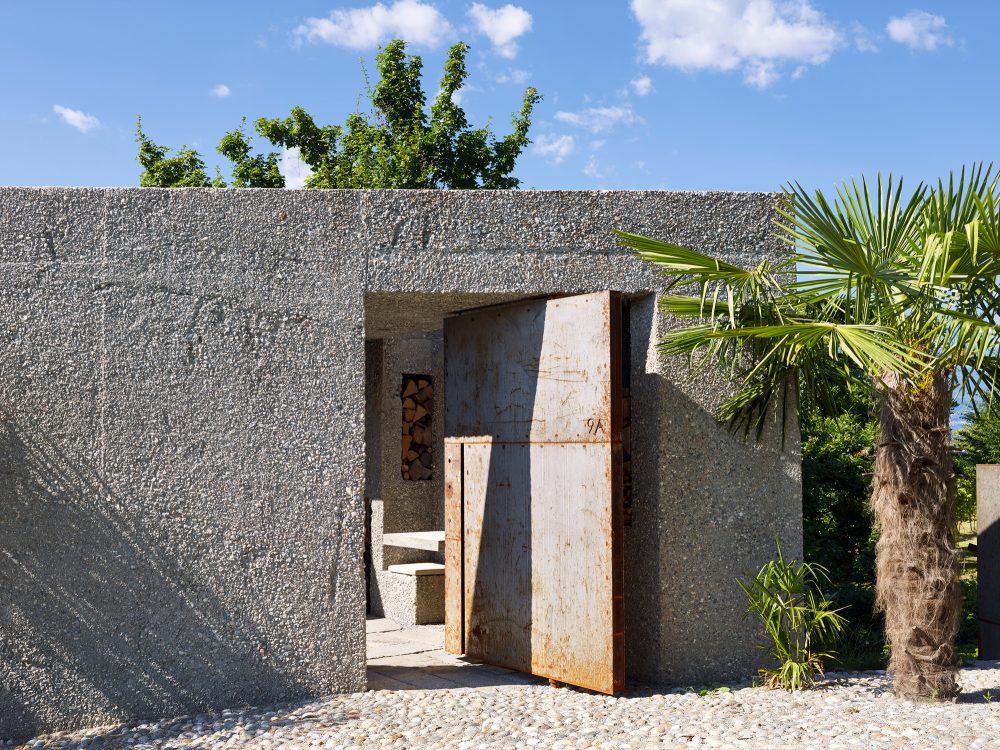 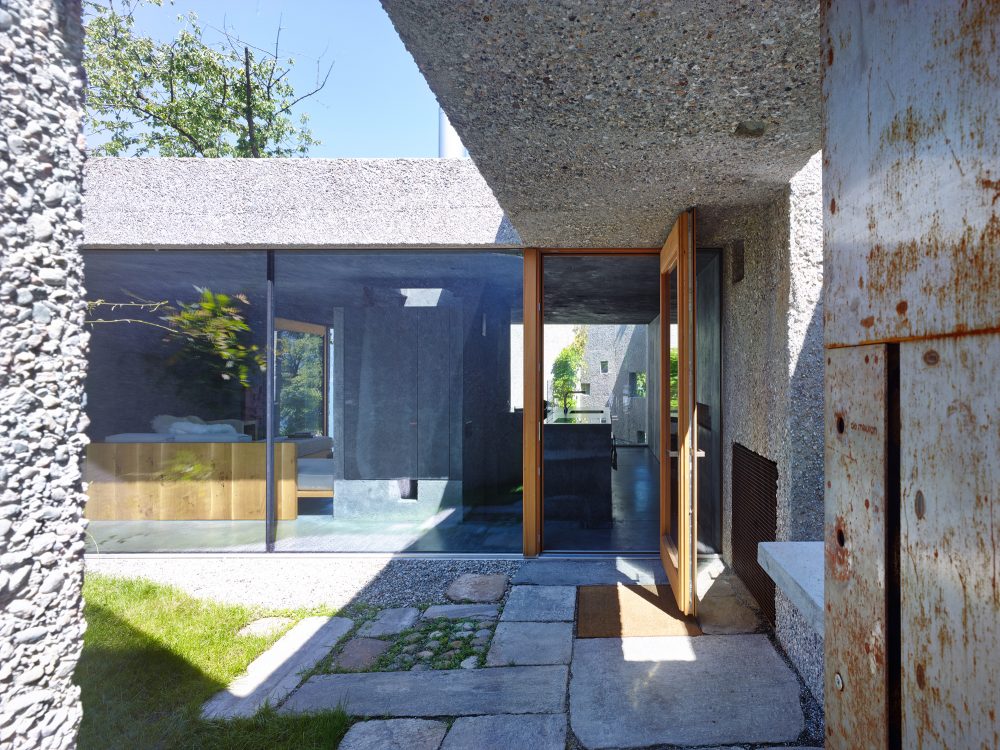 The Lago Maggiore House in Switzerland has a facade made from rough, textured concrete which provides an exterior which will darken the more that it is exposed to the weather and delivers the unmistakeable and extremely eye-catching monolithic edifice an archaic look. When approaching the property from the mountain side, it doesn’t give any indication of the highly unusual shape it possesses but, from the valley side, it looks like a narrow tower whose façade has been skilfully brought to life with a number of square apertures. 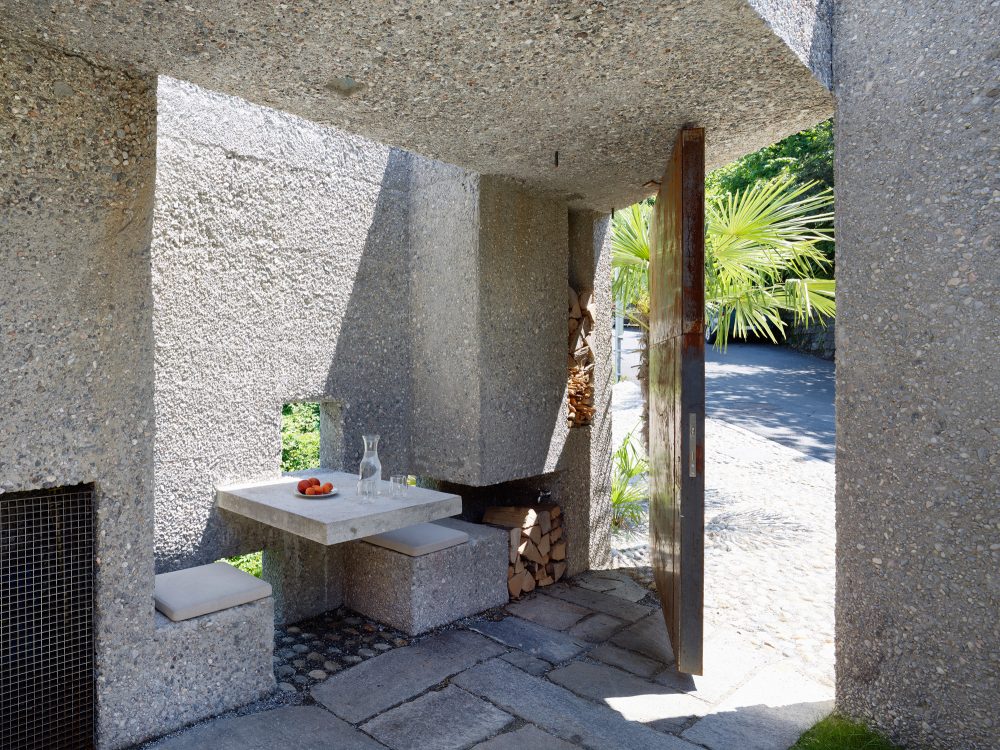 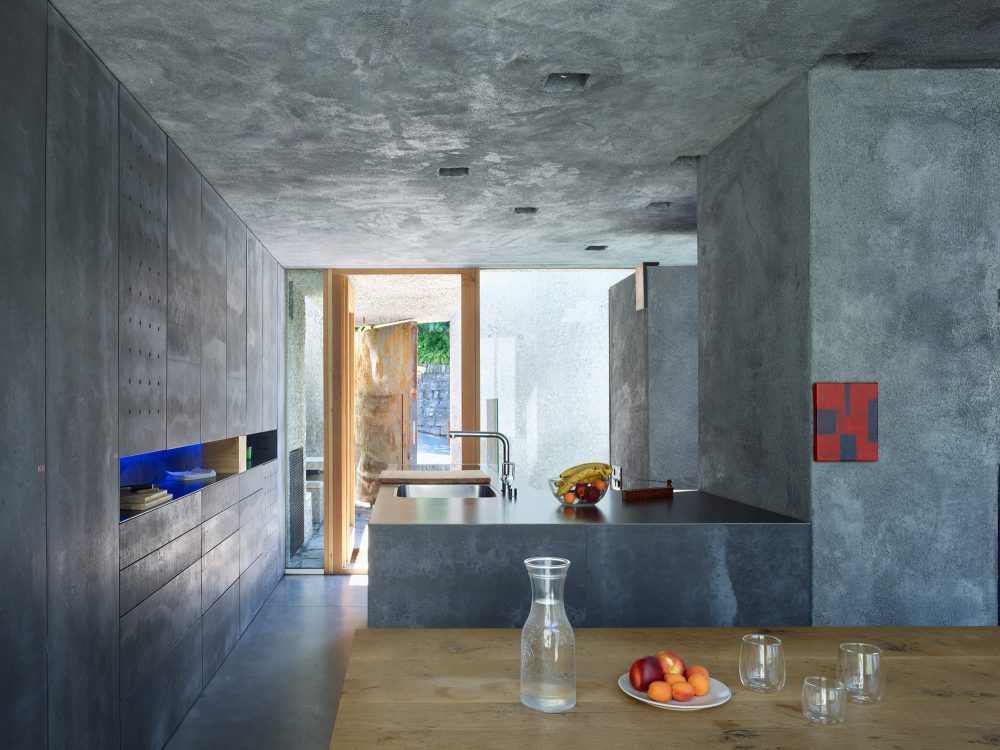 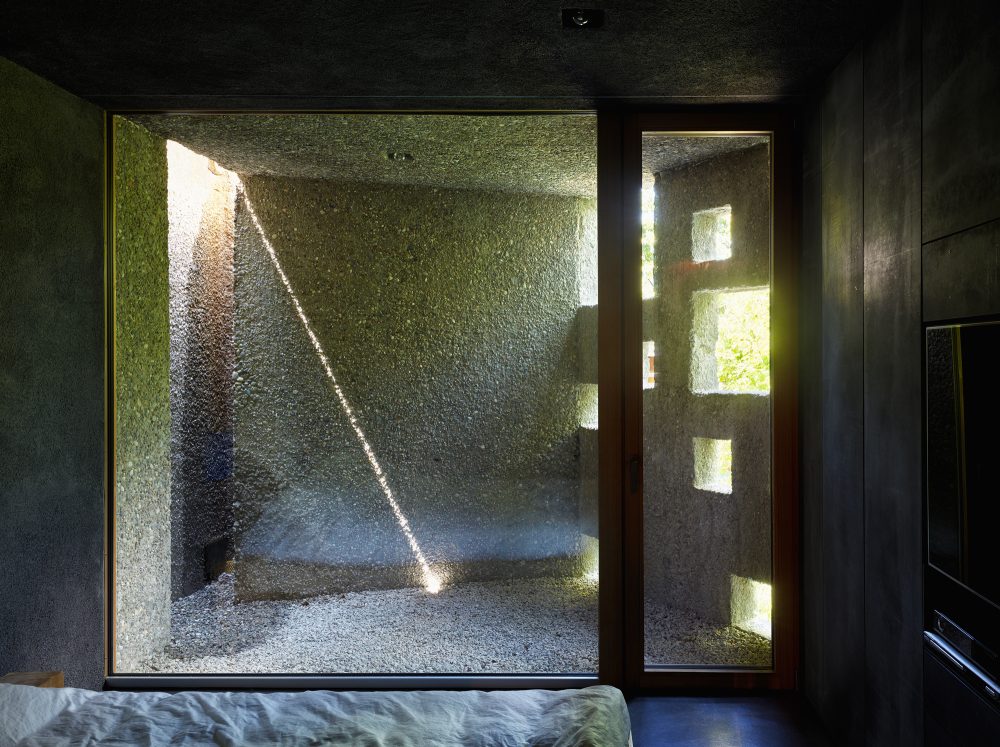 With living spaces which are distributed over three stories, there is a clever use of space on show throughout the Lago Maggiore House and lowest floor is where you’ll find the technical room and a workspace, with the bedrooms and bathrooms being located directly above. A central stairway, which is illuminated by a skylight, winds up to the living and dining area which are situated at street level.

Despite the almost ancient aesthetic of the Lago Maggiore House, it provides a highly luxurious living space for the family that resides within. The living room is protected from prying eyes by a front yard; to the valley side, it is delimited by an inner courtyard whose large, roofed-in window space opens onto a panorama of the mountains and lake. The planted areas to each side let the living space become a garden space where the play of light in various weather conditions is particularly memorable. 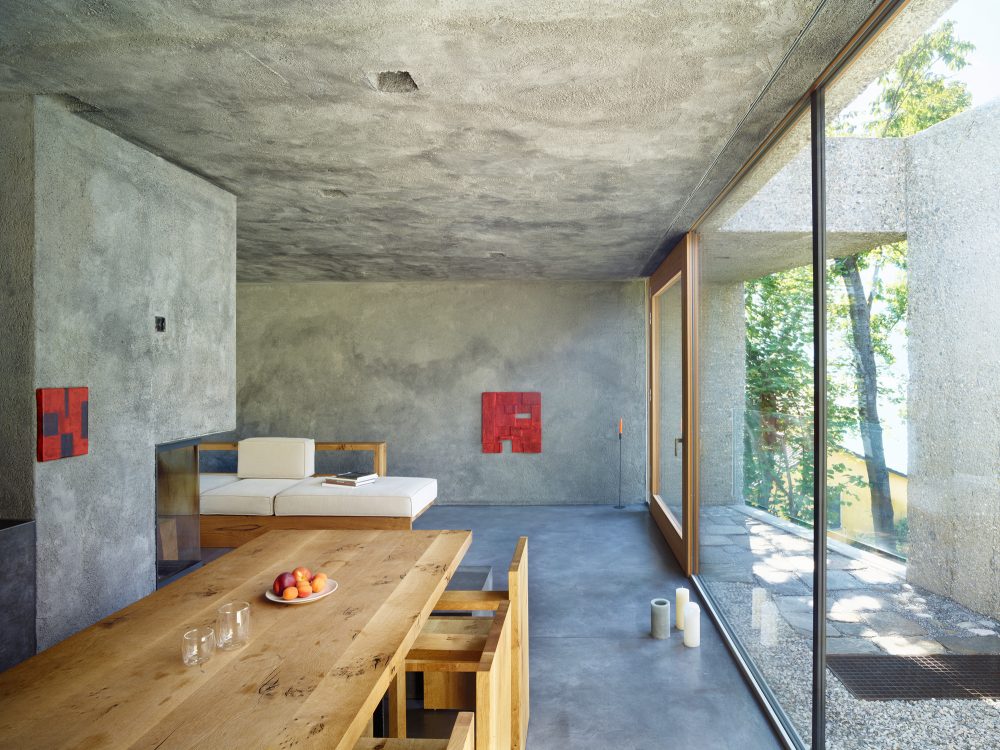 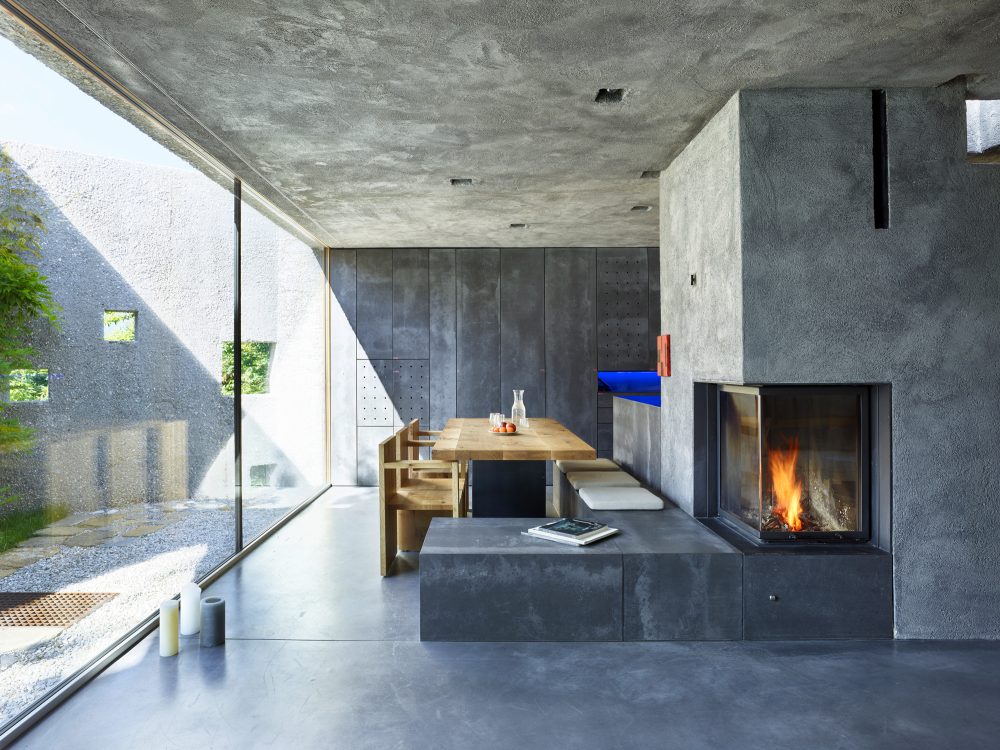 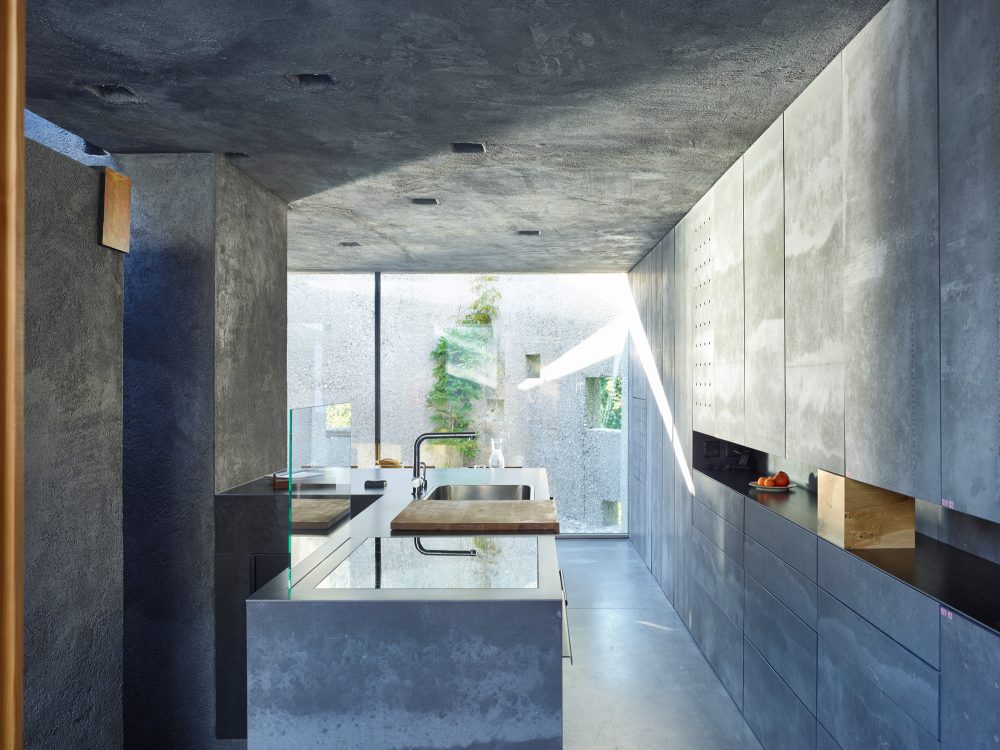 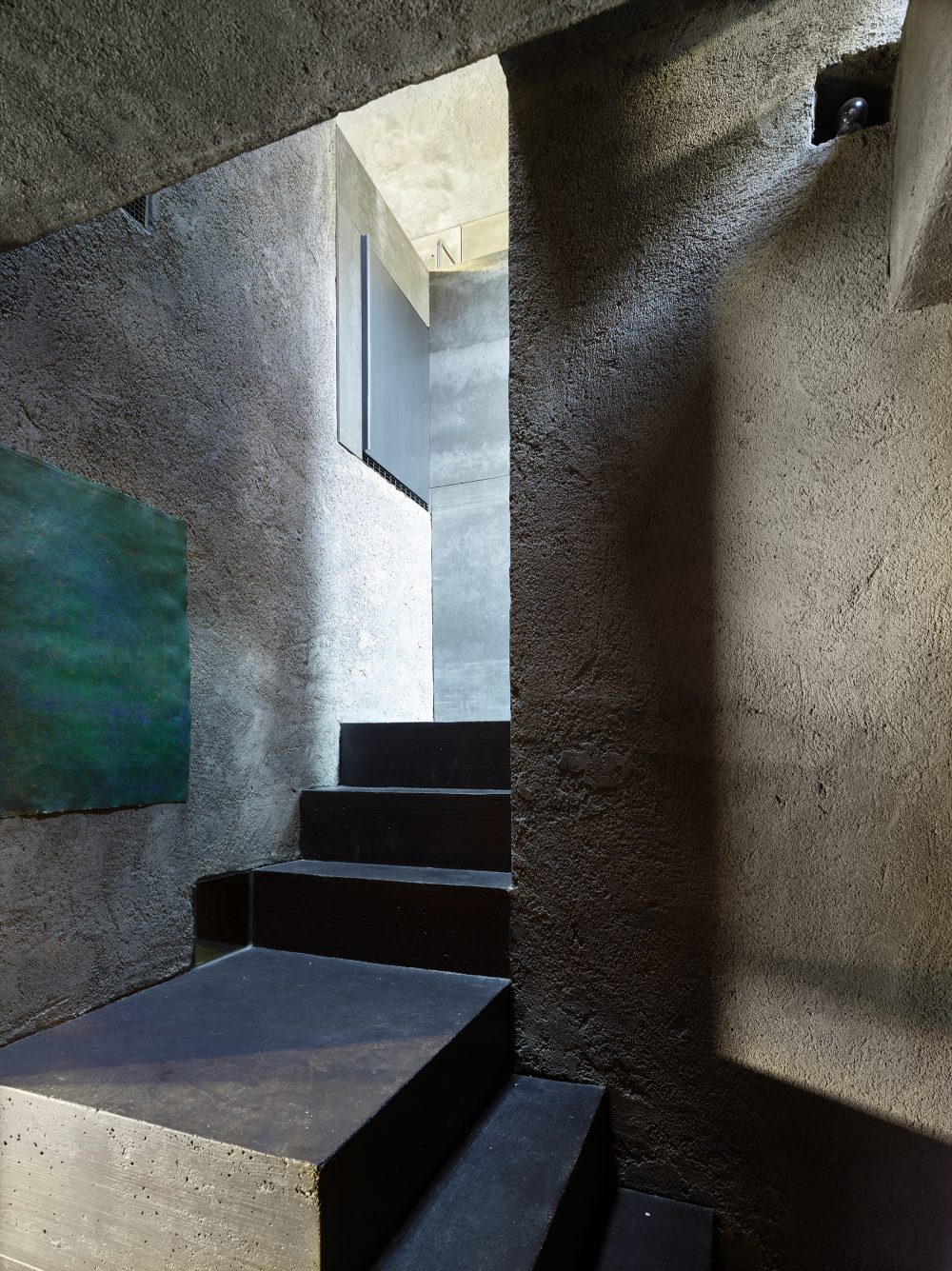 Possibly our first feature of a Swiss home on the pages of The Coolector, the Lago Maggiore House admirably showcases the design skills of Wespi de Meuron Romeo Architekten and we’re huge fans of the brave material choices and they way in which they’ve managed to fit such functional living spaces into what is seemingly a small footprint.