Truth be told, you don’t offer see motorcycles out and about with sidebars nowadays but there is one workshop in particular that are doing their part in changing this and that is Ural Motorcycles. Well, when Le Mani Moto got their hands on one of the Ural Motorcycles and sidecars, they went above and beyond to create one of the most striking and impressive steeds you’re likely to see anywhere in 2019. 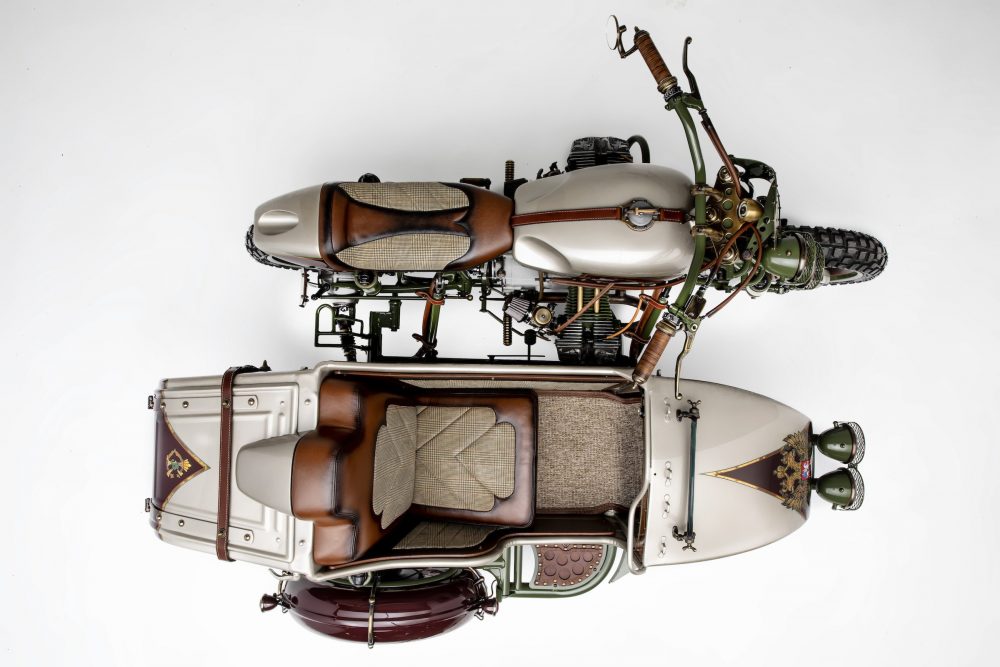 The Le Mani Moto Custom 2WD Ural Sidecar Motorcycle boasts a sort of retro aesthetic that really makes it stand out from other Ural bikes out there and it’s hard not to be won be the sheer attention to detail and first class customisation that has gone into its creation. This custom 2WD Ural was built by the team Le Mani Moto, and they called it “From Russia With Love” as a nod to the James Bond film of the same name starring Sean Connery and it has the same refined sense of style as 007 himself.

Ural are without question one of the most celebrated Russian motorcycle workshops and the quality of the bike and sidecar combos they come up with are second to none. This custom creation from Le Mani Moto, monikered From Russia With Love, is definitely one of the most visually impressive we’ve seen to date and for those with a love of the old school style aesthetic with their motorbikes, this will certainly be ticking plenty of the right boxes. 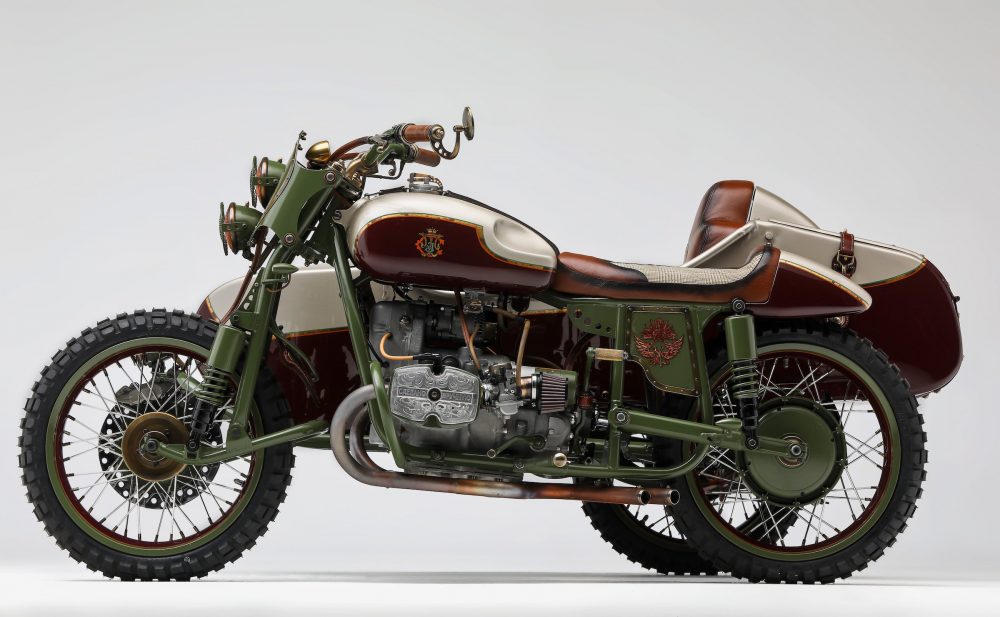 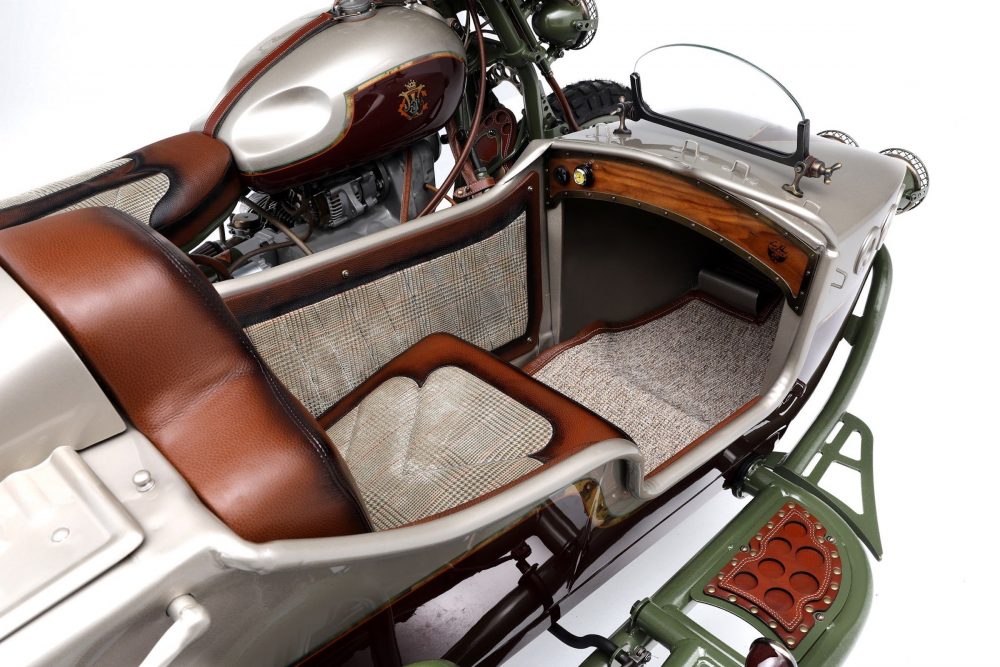 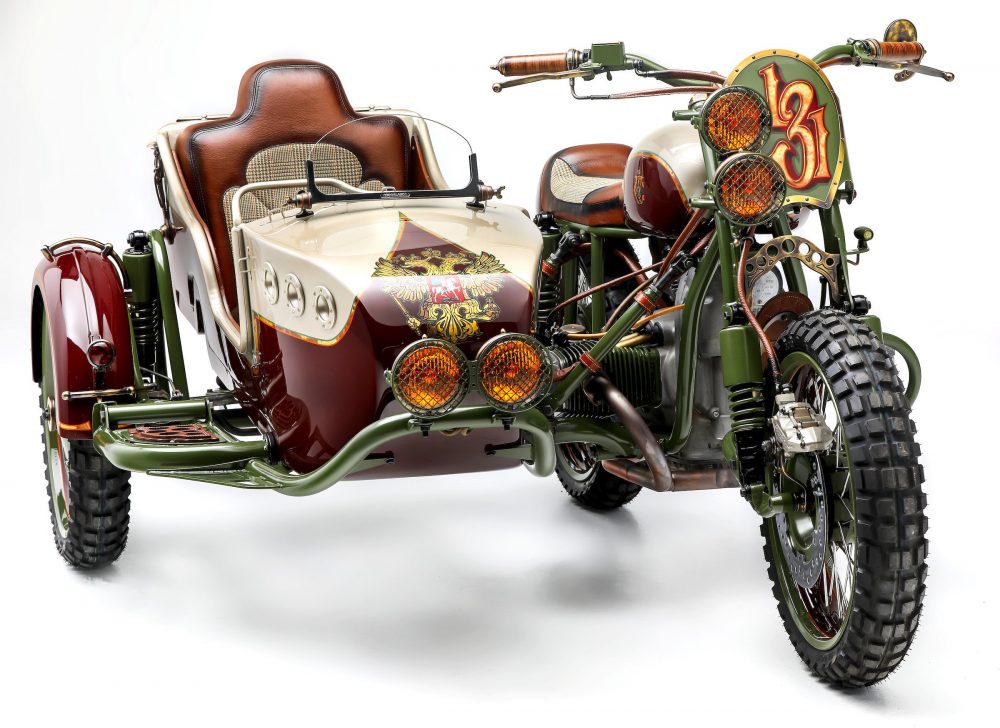 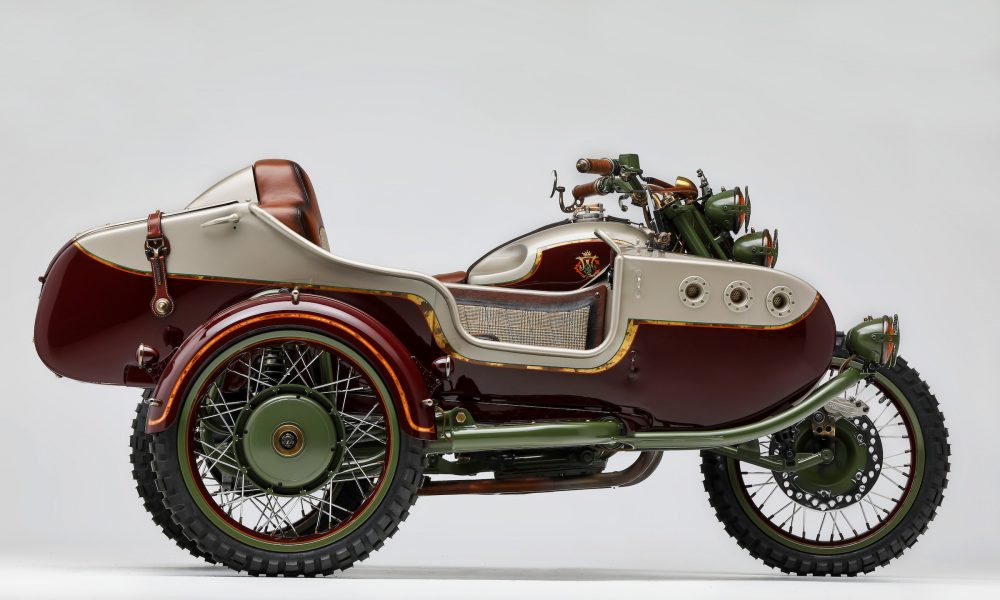 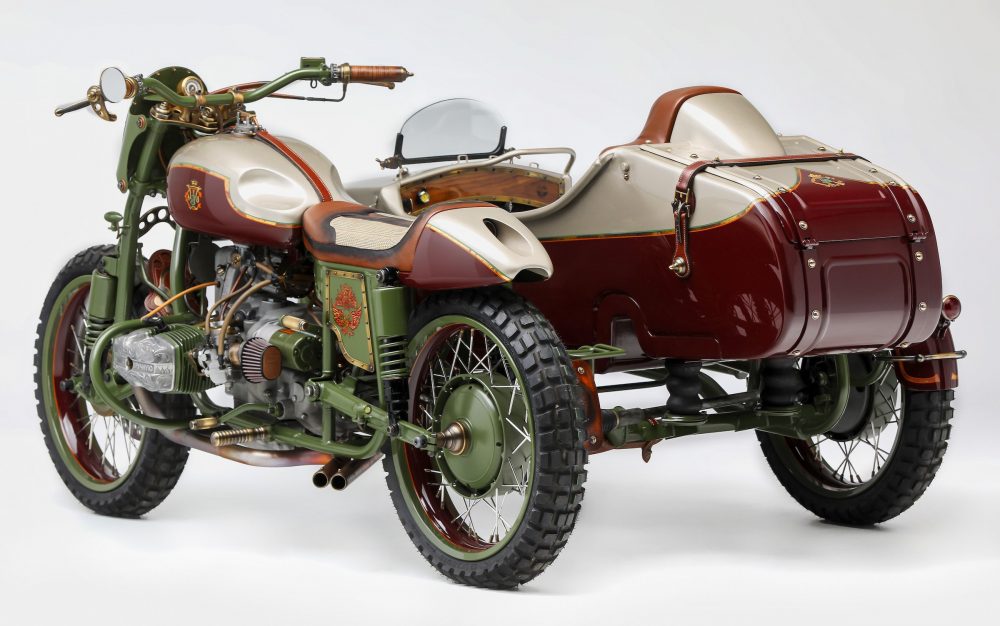 The Le Mani Moto Custom 2WD Ural Sidecar Motorcycle is built upon a highly impressive frame that underpins the excellent performance that they offer. These bikes have been comprehensively redesigned and now shares no parts with the original BMW design. Ural bikes have been upgraded extensively to now include Brembo brakes, fuel injection, LED headlights, adjustable Sachs shock absorbers, aluminium rims, an electric starter, a modern Denso alternator, IMZ leading link forks, and all contemporary materials, paints, and coatings. 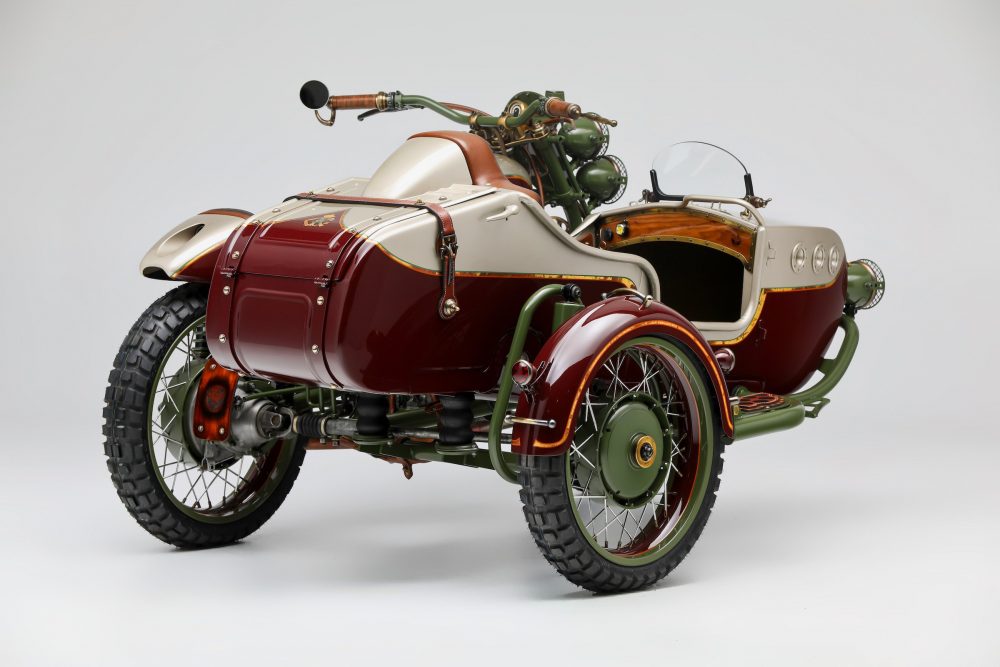 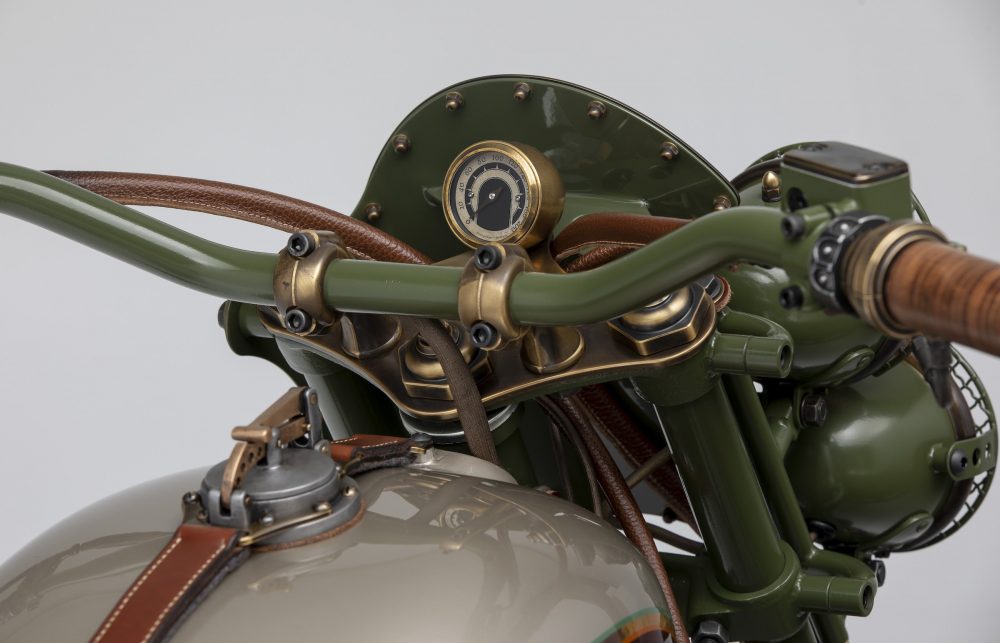 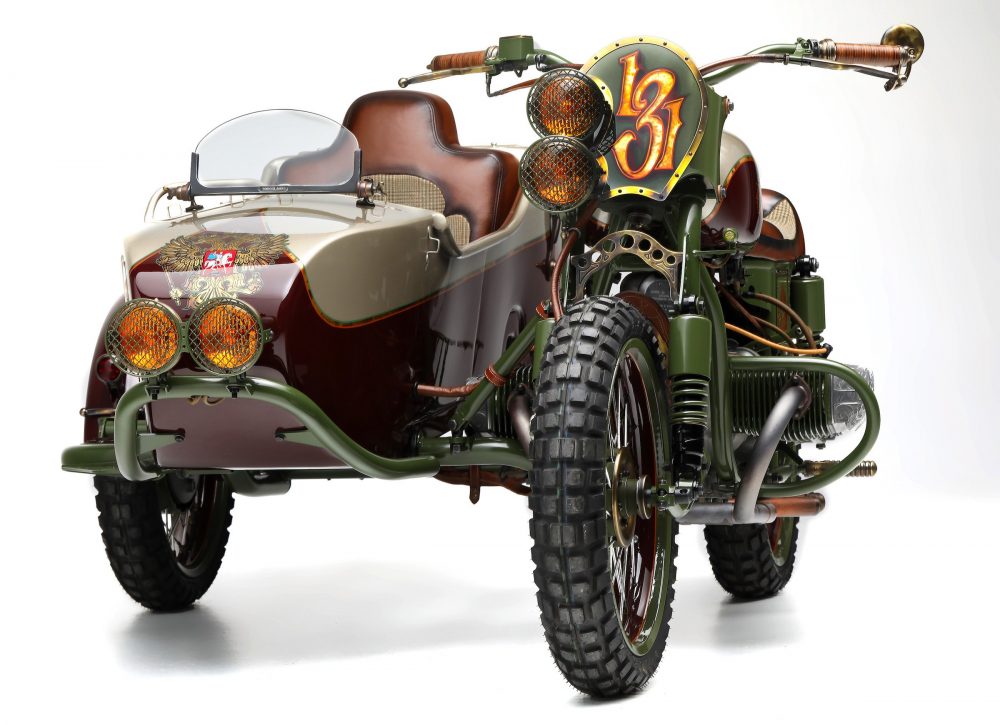 This custom designed bike and sidecar from Le Mani Moto entailed a full teardown of the original, where all parts were inspected and the stock airbox, exhaust, as well as many frame tabs and brackets were taken off. They entirely redesigned the sidecar suspension and fender from top to bottom to allow for the tailored low profile look as the fender now moves with the tire and swing arm rather than requiring travel clearance between the fender and tire.

The bikes and sidecars from Ural are already pretty striking in their own right but this custom job from Le Mani Moto with the From Russia With Love creation takes things to a whole new level. It has dual headlight mounts and a number plate which were fitted and include machined solid brass top triple tree covers and turned fork tube caps, leather washer hand grips with solid brass bar end mirror mount cap the handlebars. 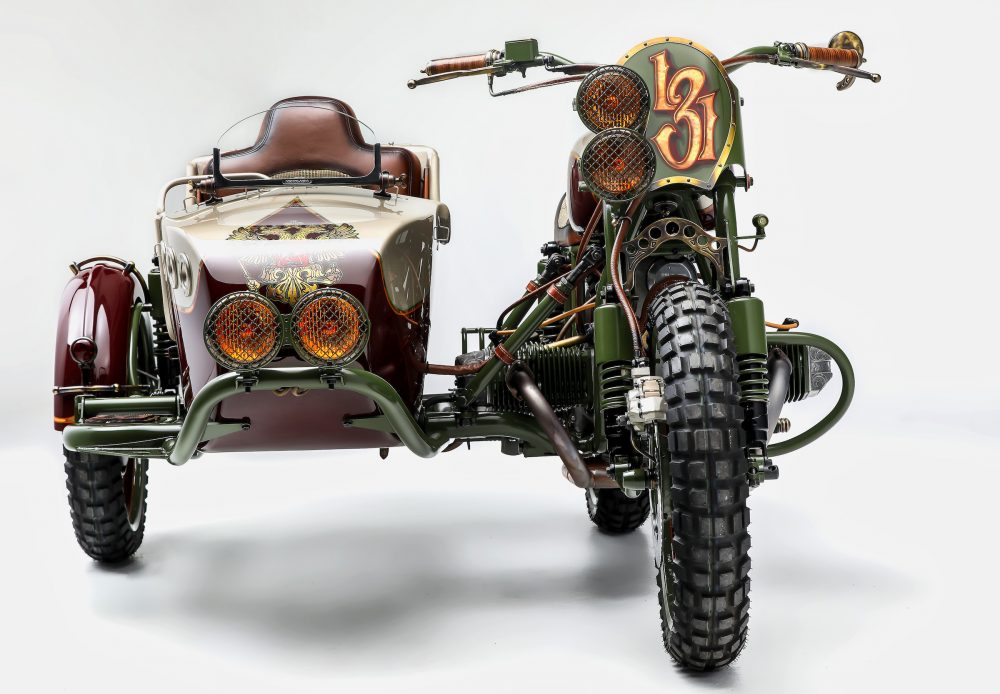 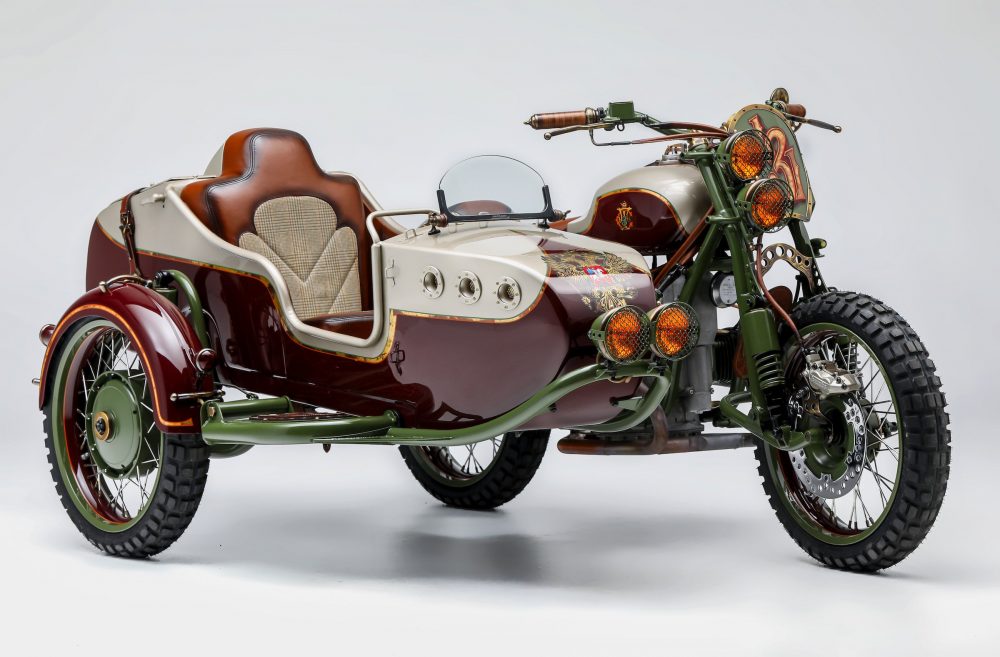 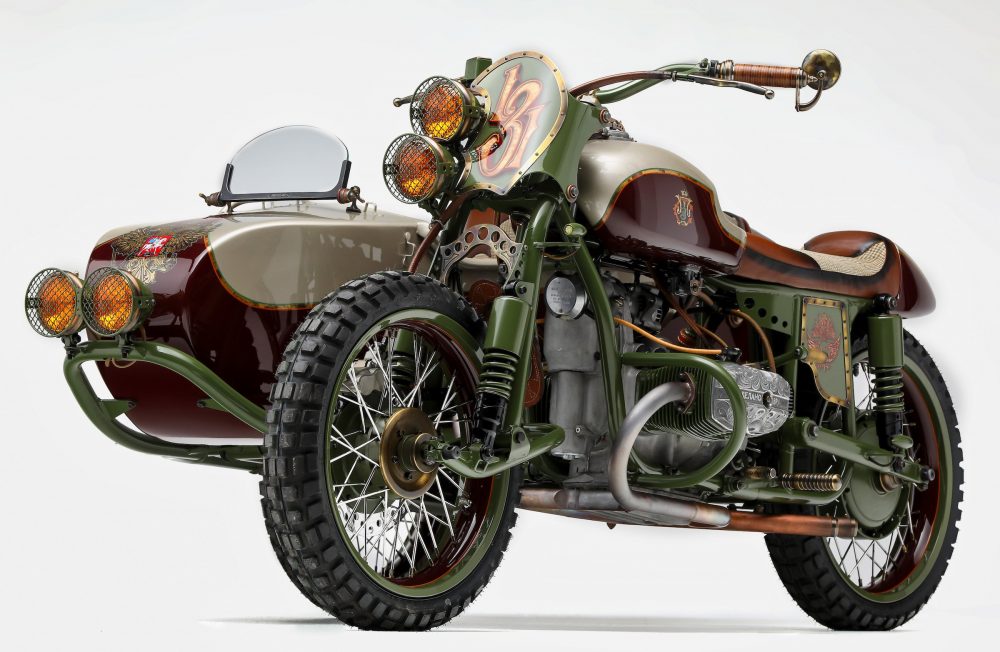 Le Mani Moto have performed a complete redesign and re-fabrication of the stock fuel tank and added proprietary round “ports” which themselves have been machine from aluminium in order to vent the sidecar part of the design. We already love the creations of Ural here at Coolector HQ but Le Mani Moto really have taken things up a notch with their custom From Russia With Love creation.