We’re fans of vintage and custom vehicles here at The Coolector, but that doesn’t mean we shy away from the latest models from major automakers. Recently, we had a chance to drive the refreshed 2018 Lexus NX 300 crossover SUV. When we think Lexus, we usually think sleek and stylish sedans, but after spending a week with the NX 300, it’s clear that Lexus does SUVs right, too. 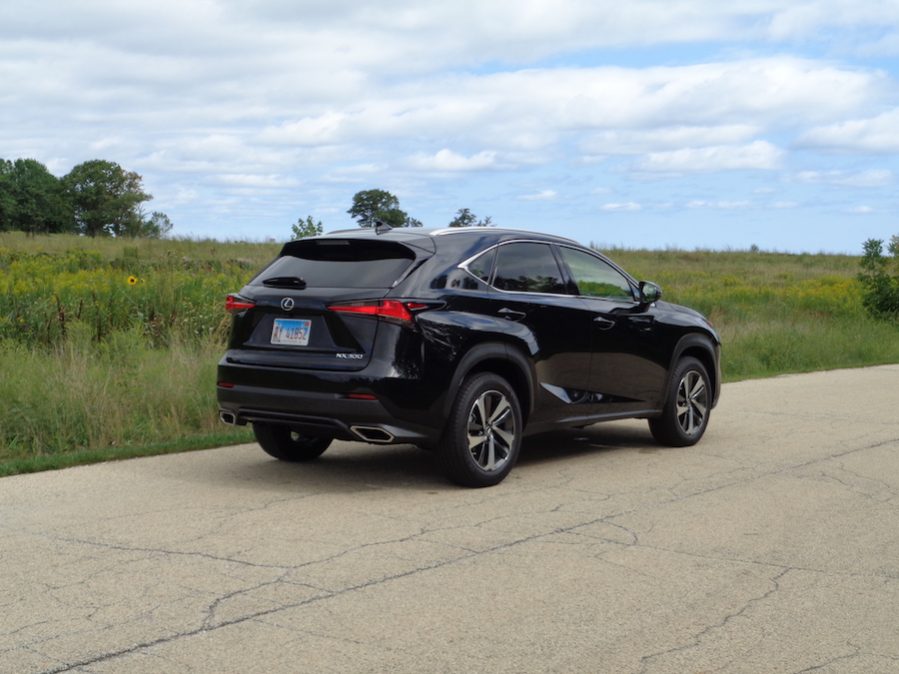 The Lexus NX 300 is the little brother to the company’s larger and more popular RX SUV. Despite its smaller size, the model manages to stand out thanks to unique offerings in a more compact and easily accessible package. It’s a striking crossover with plenty to love, and as the crossover SUV segment continues to grow, we imagine it will be right up near the top of its segment.

The exterior of the Lexus NX 300 features more creases, sharp edges and pointy bits than many origami creations. The vehicle takes the angular Lexus Spindle grille styling and extends that look throughout the rest of the vehicle. We found it attractive and eye catching, but some find it a little off-putting. Nevertheless, the bold, polarizing styling is something that sets this model apart. 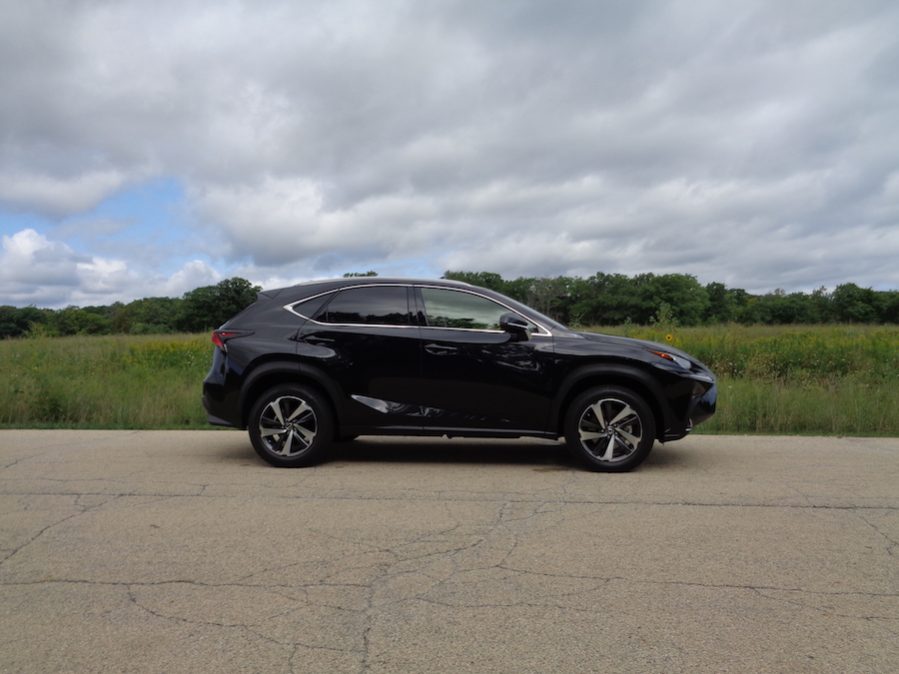 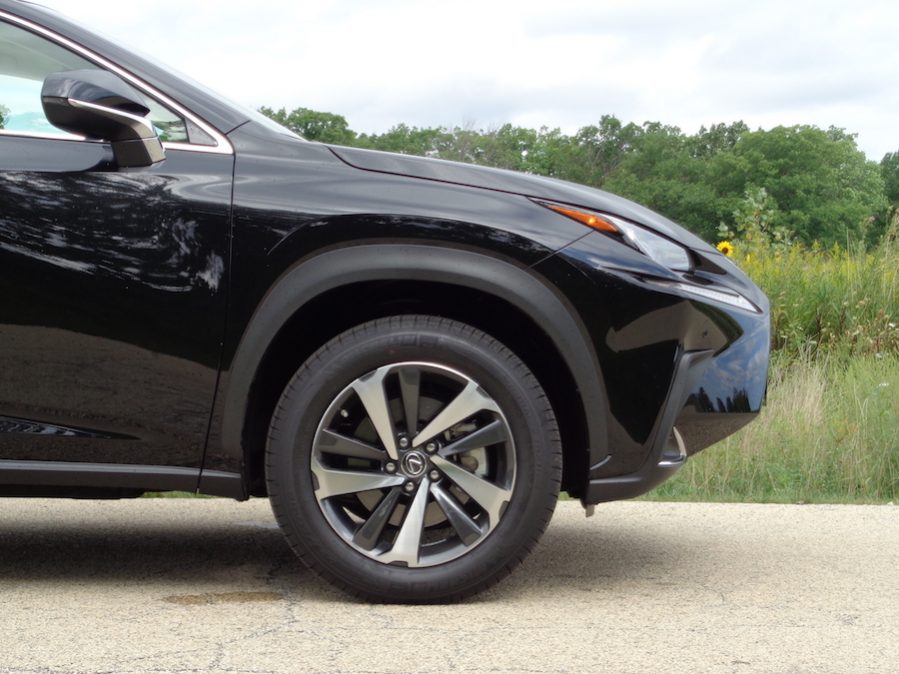 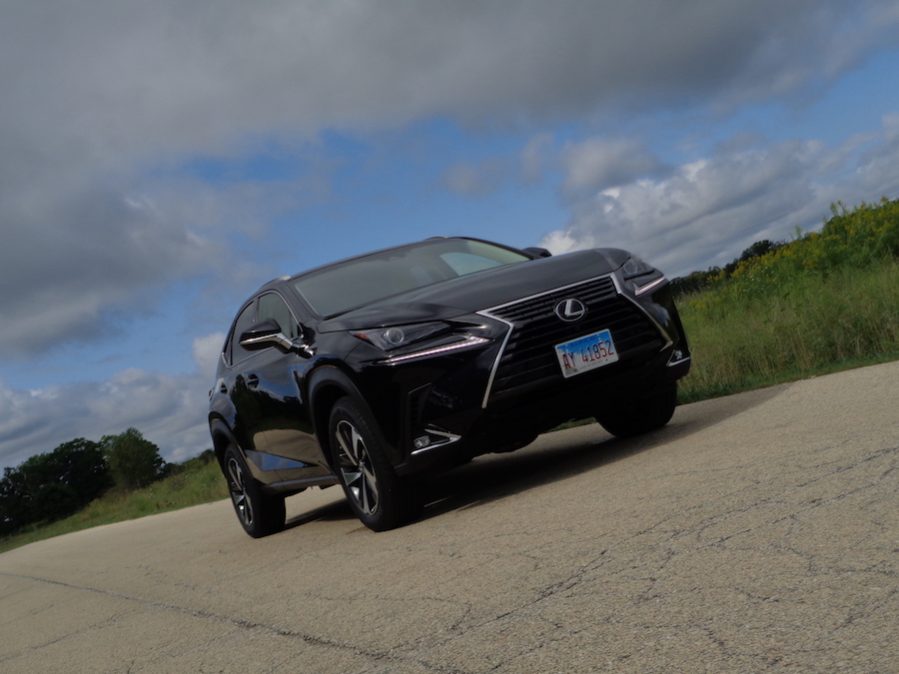 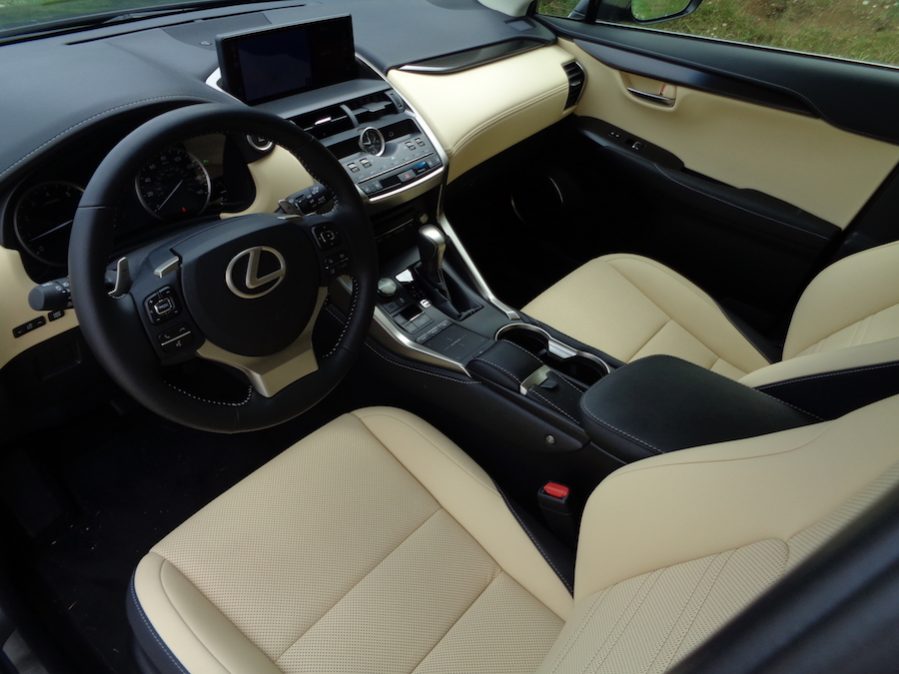 The interior is typical for Lexus with upscale materials and only a few styling elements that match the exterior of the vehicle. The most notable of which is the center stack that juts out into the cabin. This works well, though, as it puts all controls within easy reach of the driver and front passenger. Overall, the interior is much less dramatic that the exterior and that’s a good thing. 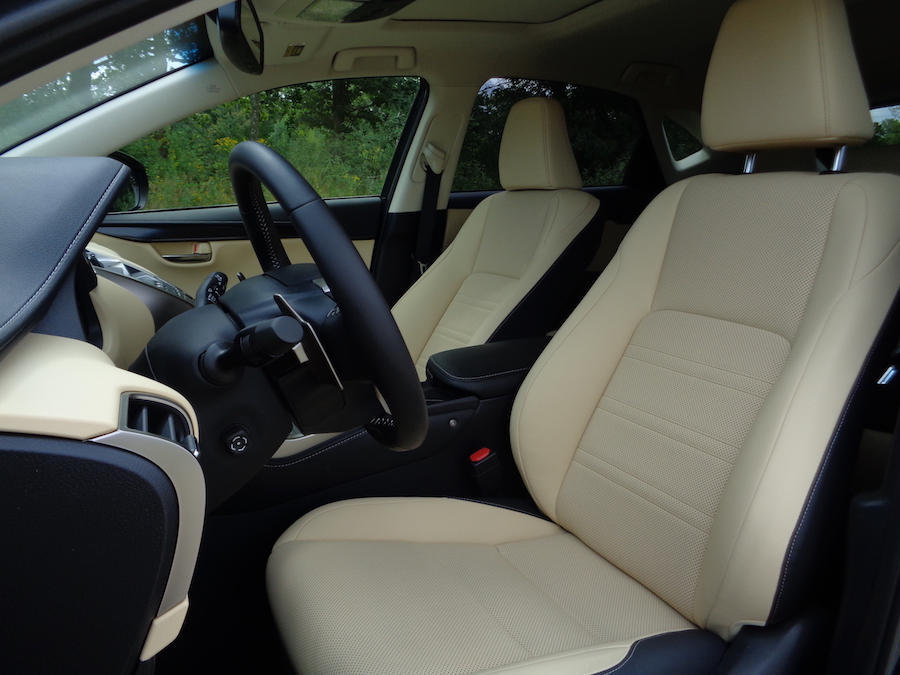 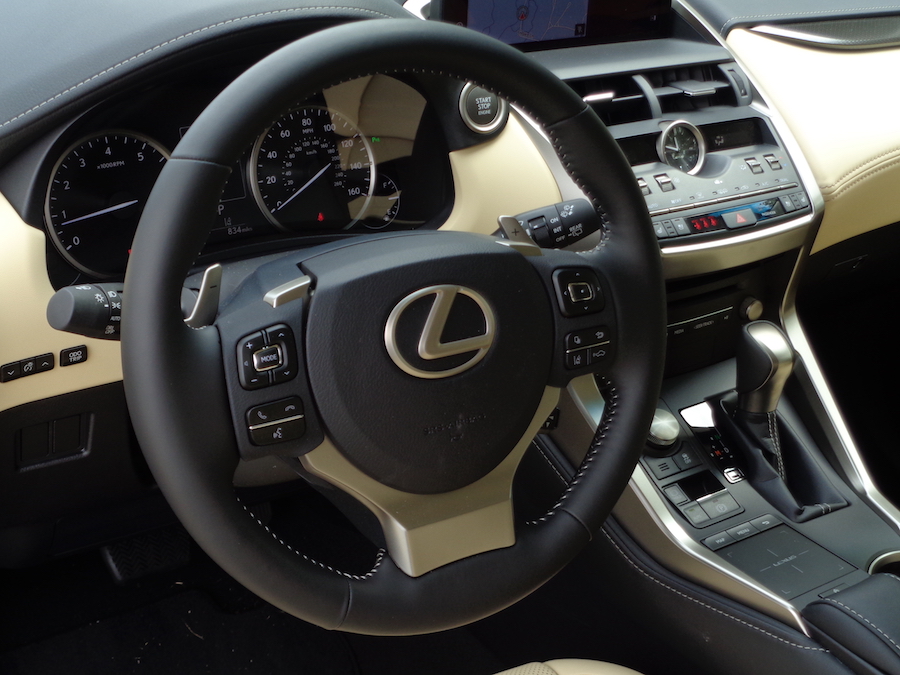 The smooth leather on the steering wheel and shifter, the well-placed soft touch points, and the 8-way power adjustable heated and ventilated front seats provide the driver with exceptional comfot. The rear seats are almost equal to the front when it comes to comfort. As hard and edgy as the NX looks outside, it’s the exact opposite on the inside. 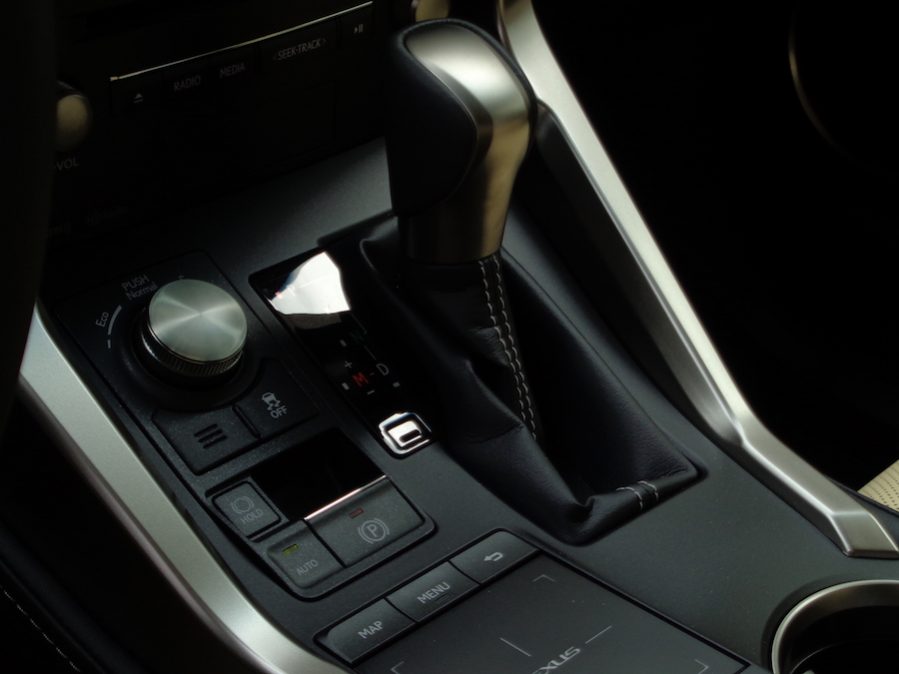 Lexus didn’t skimp on technology. With drive modes, plenty of driver assistance technology and a long list of infotainment tech, the NX comes well-equipped for the modern age. Driver aids include blind spot monitoring with rear cross-traffic alert, panoramic view monitor, intuitive parking assist, and hill-start assist control. On the infotainment front, Lexus has added some notable features, including Wi-Fi hotspot and an updated remote touchpad. The touchpad offers a unique way of accessing all the features within the infotainment system.

Quiet and Soft, Not Sporty

Don’t be fooled by the NX’s sporty looks, this crossover is no canyon carver. The model has far too much body roll and understeer to qualify as a fun-to-drive crossover SUV. Instead, it’s for stately cruising with the whole family in tow. The model’s suspension and somewhat tall tire sidewalls make for one of the smoother rides we’ve recently experienced. 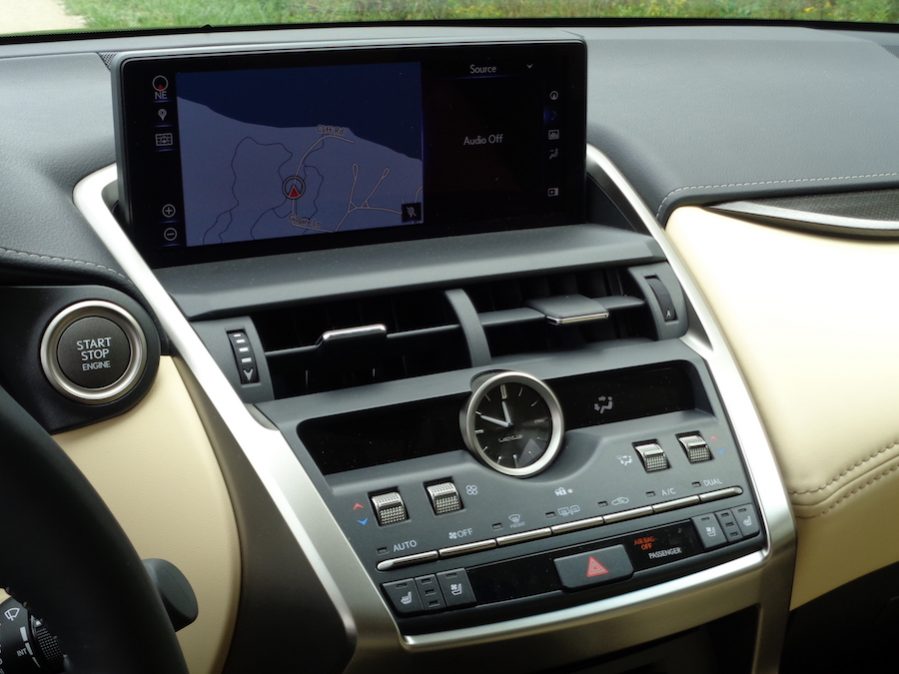 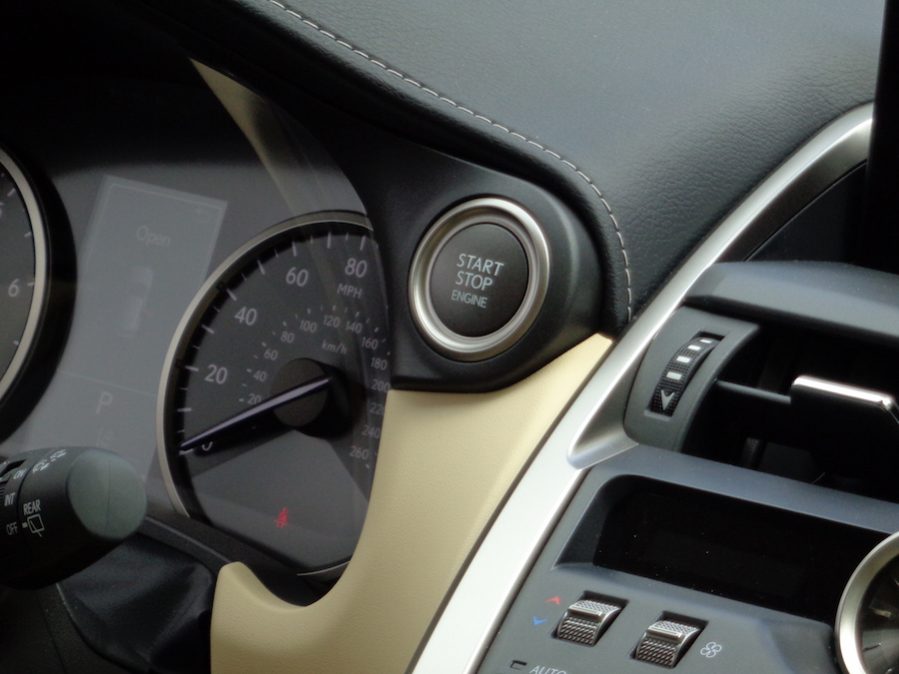 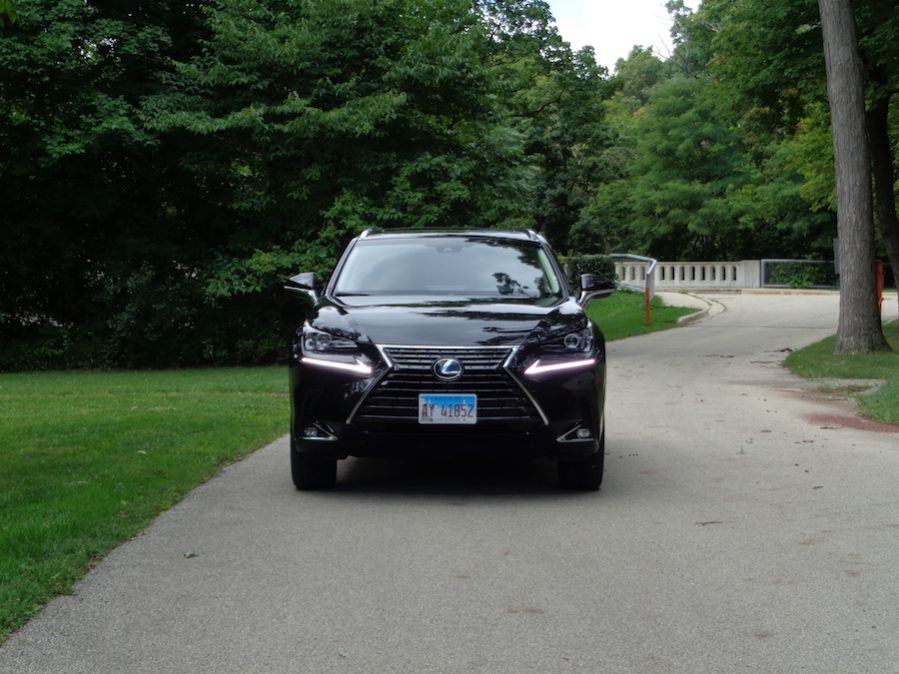 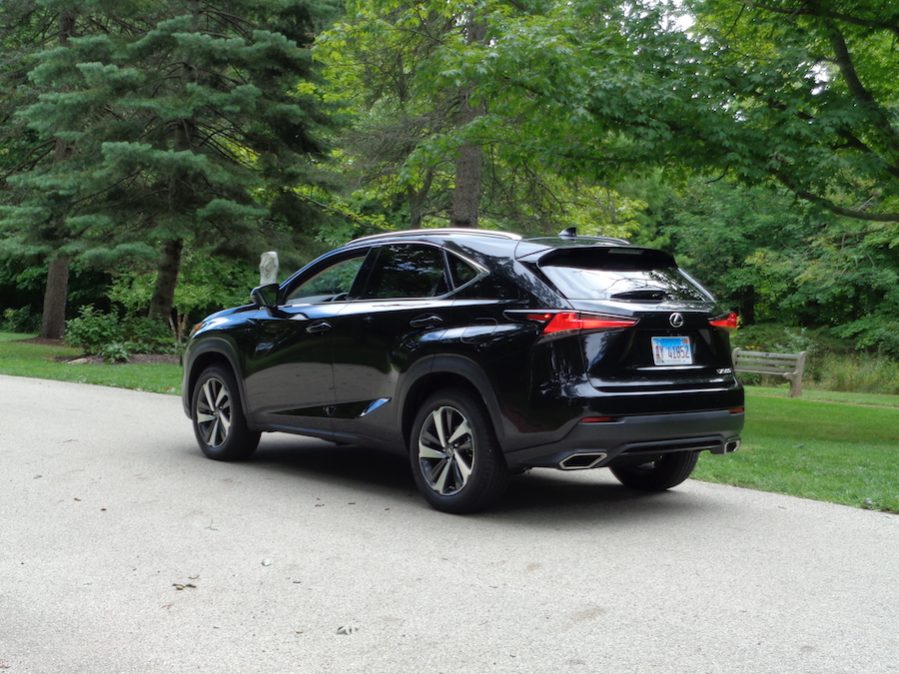 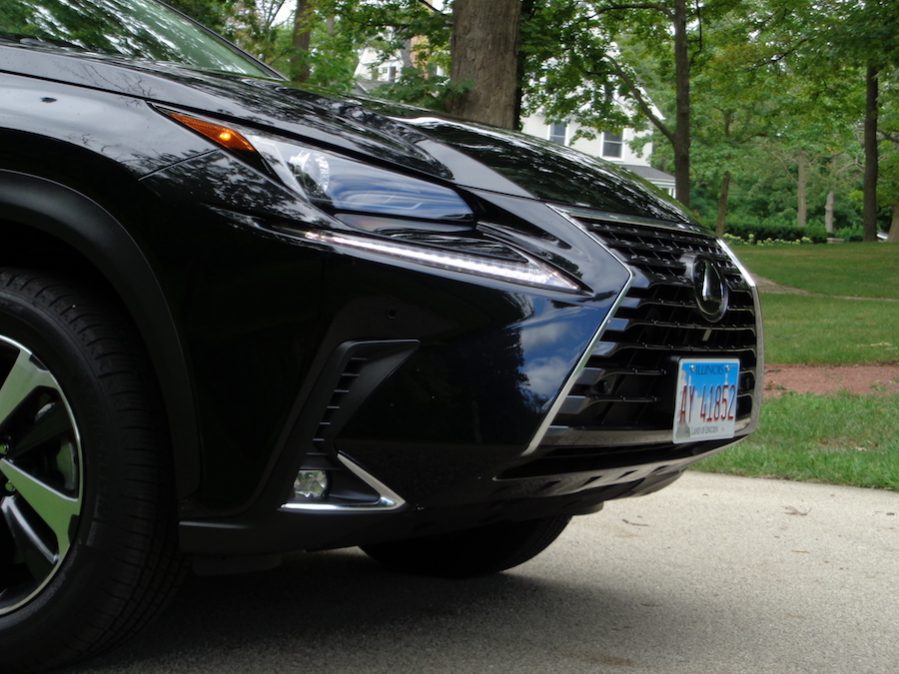 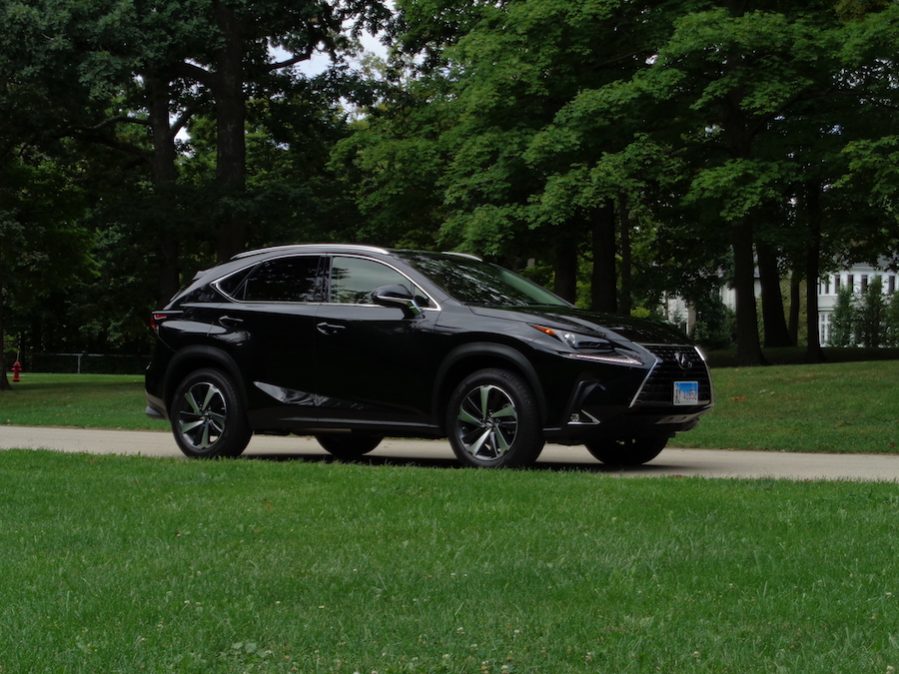 The NX swallows bumps and road imperfections with ease. It’s also perfect for the person who doesn’t want to hear the street. The vehicle isolates you well from tire and wind noise and provides a serene cabin for pleasurable cruising. The NX isn’t the most luxurious vehicle Lexus sells, but for its relatively modest price it gives you a lot for your money. 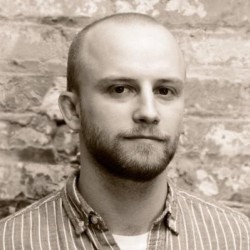