Some watch brands know exactly what it is consumers want when it comes to timepieces and Kickstarter is a great showcase for this because LIV Watches are one of the most successful ever on the crowdfunding platform and they’re back at it again with their latest series in the shape of these stunning Titanium Ceramic Chrono Timepieces which, despite only very recently launching their campaign, have garnered over £300k in backing already – testament to their immense popularity. 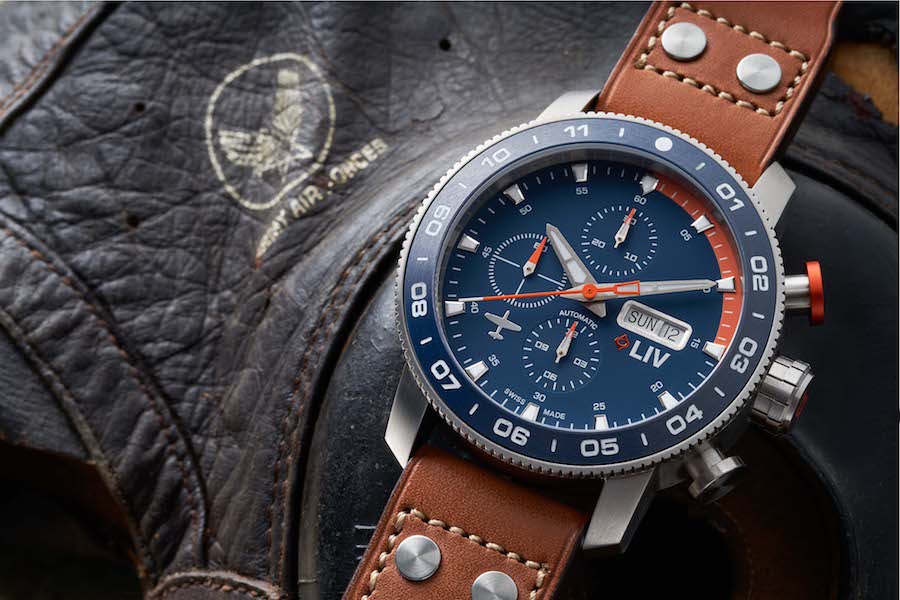 The LIV Watches Titanium Ceramic Chrono series of timepieces are perhaps our favourite to date from this first class watchmaker and for any man in need of a striking new watch for their wrist, look no further. A breakthrough collection from LIV Watches, these extraordinary looking timepieces have captured our imagination here at Coolector HQ and any man with a love of eye-catching, aviation or dive style watches will be in their element too.

Plenty To Choose From

The beauty of this Kickstarter campaign from LIV Watches is the fact that you have not one but FOUR different watches to choose from and each has their own merits and distinctive visual impact, so you’re sure to find one that matches your own design tastes. You can check out the different offerings that there are to choose from in this campaign below: 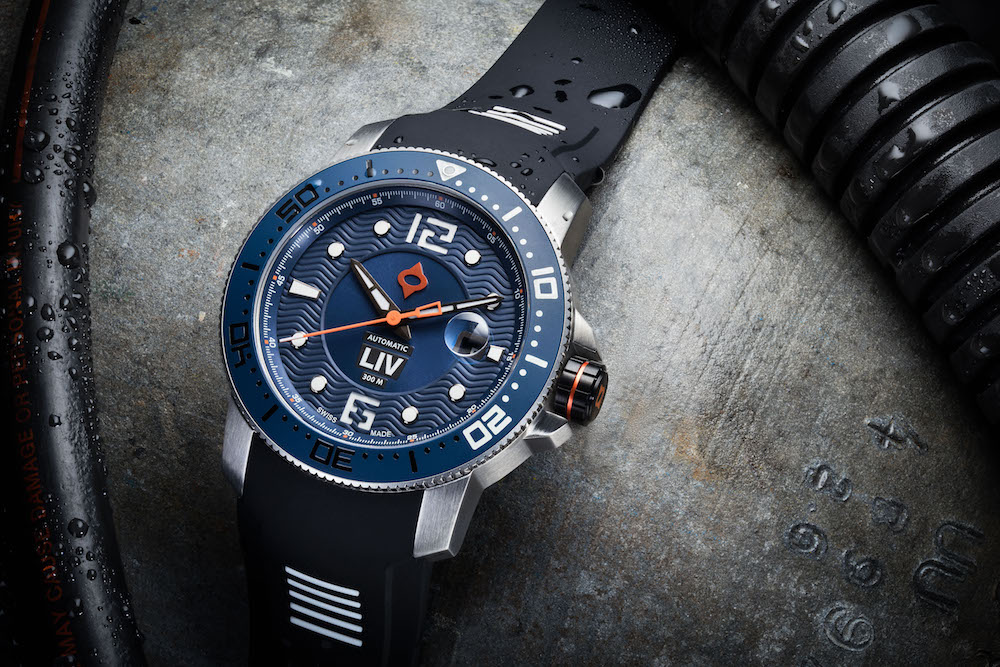 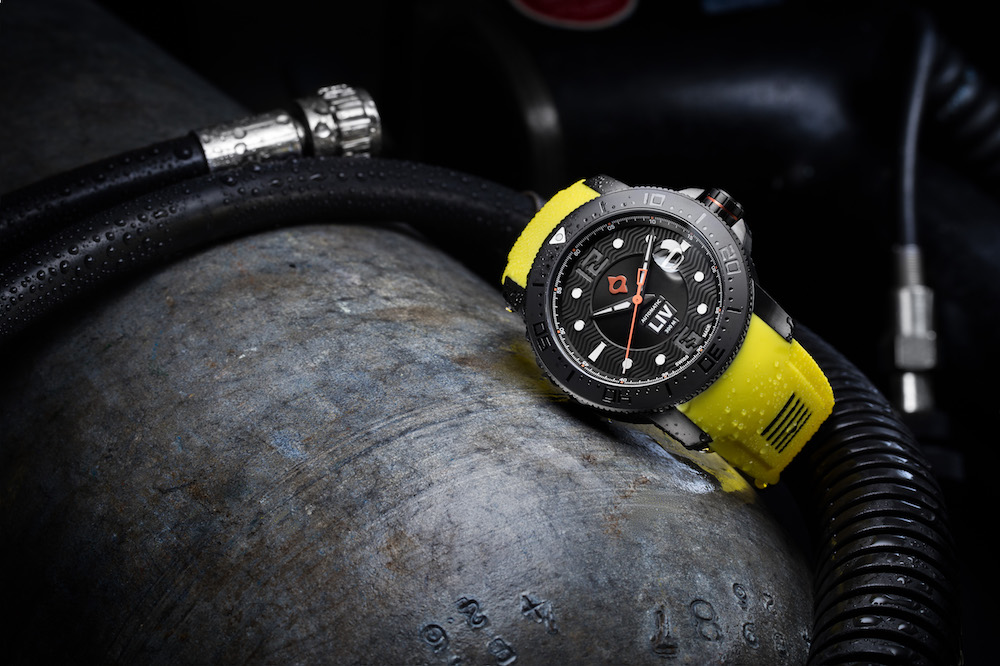 LIV Watches did not create the GX Diver’s Swiss Automatic watch for the faint of heart. It has adventure in its heart and is ideally suited to those with a love of adrenaline packed action. This exemplary offering boasts a 300 meter/1000 feet water resistance, a ceramic rotating bezel, 25 jewel Swiss automatic movement (ETA 2824) and a sapphire crystal with Cyclops. 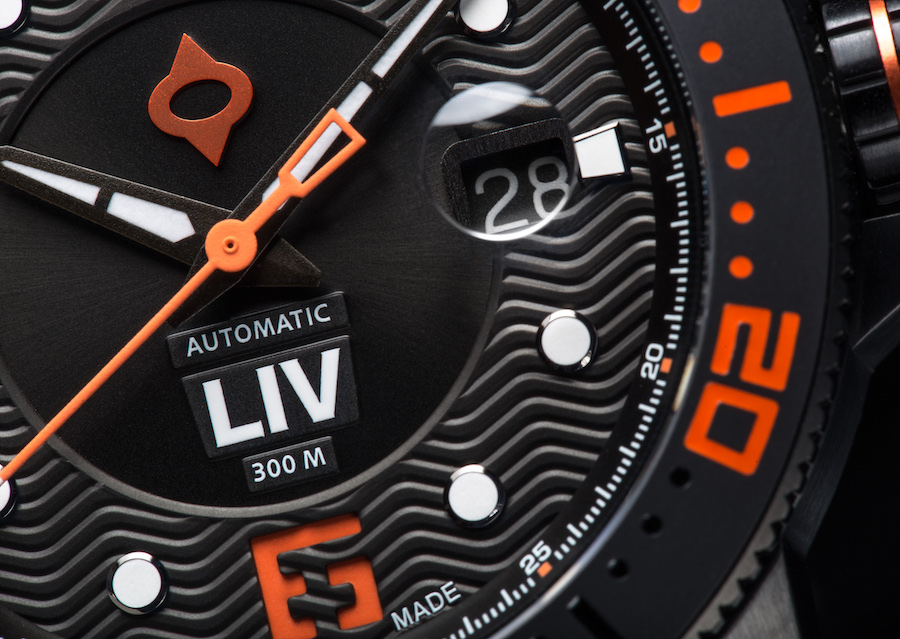 This immensely stylish and robust offering from LIV Watches is available for $470 USD (Super Early Bird) and $490 USD during their Kickstarter campaign and it might just be our favourite of the bunch here at Coolector HQ. 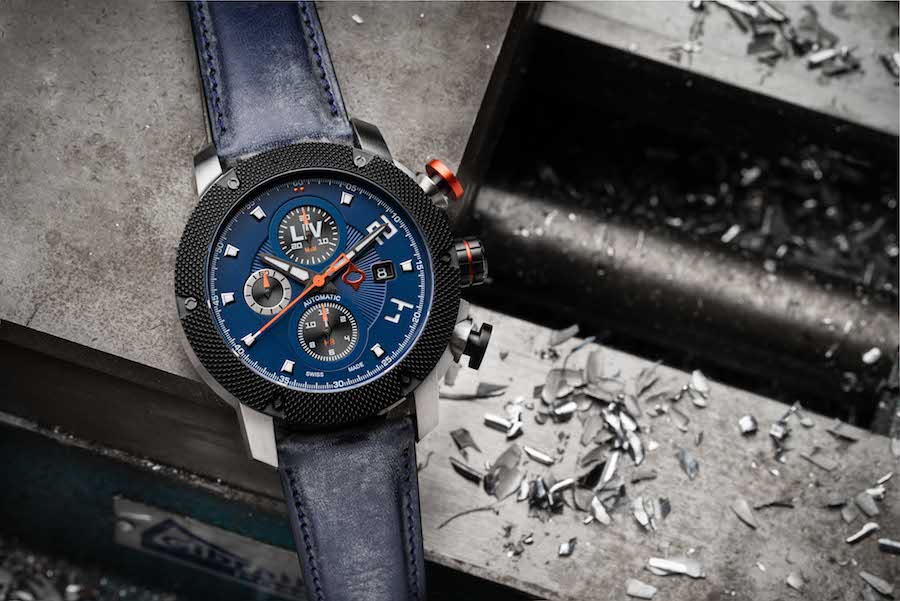 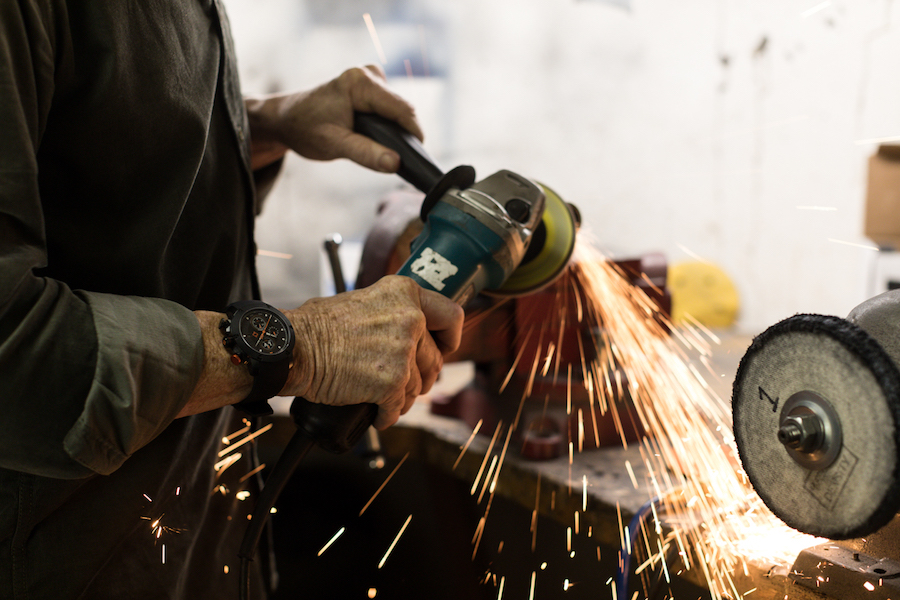 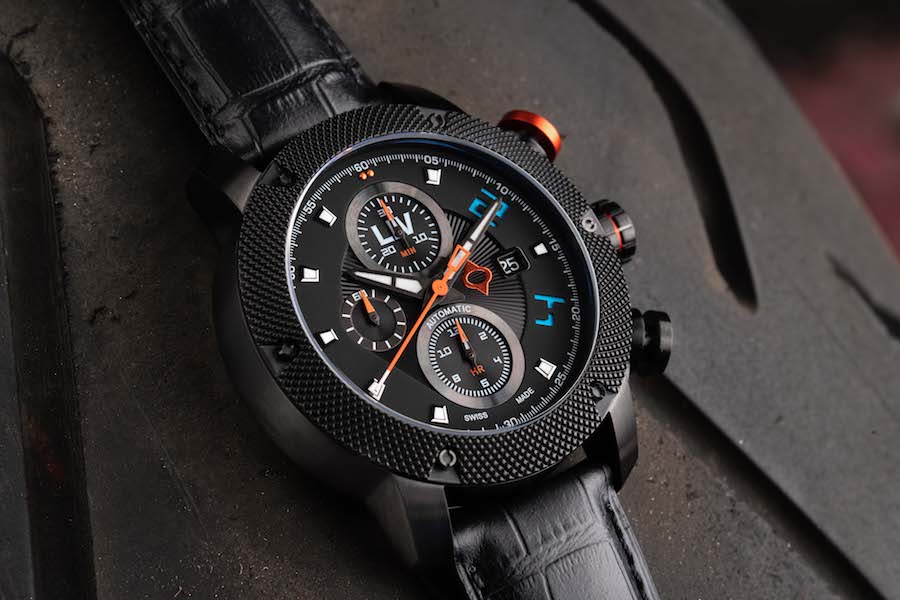 Limited to just 1000 pieces, the GX Swiss Auto Chronograph from LIV Watches is sure to be the stand out performer of their Kickstarter campaign. Taking inspiration from their original Kickstarter watch when they set out to design this watch because during that first campaign, many of their loyal fans were requesting for the same timepiece, but in an automatic version. Well, now they have that option with this new Kickstarter campaign.

This stunning timepiece boasts a 25 jewel Swiss automatic movement (Sellita SW 500) so you can see it has quality right through to its core. Other stand out features include a 48 hour power reserve, screwed down case back with four screws, three-dimensional multilayered sandwich dial and a water resistance of 100m. During the Kickstarter campaign prices for this amazing watch start at $770 USD (Super Early Bird) and $790 USD. 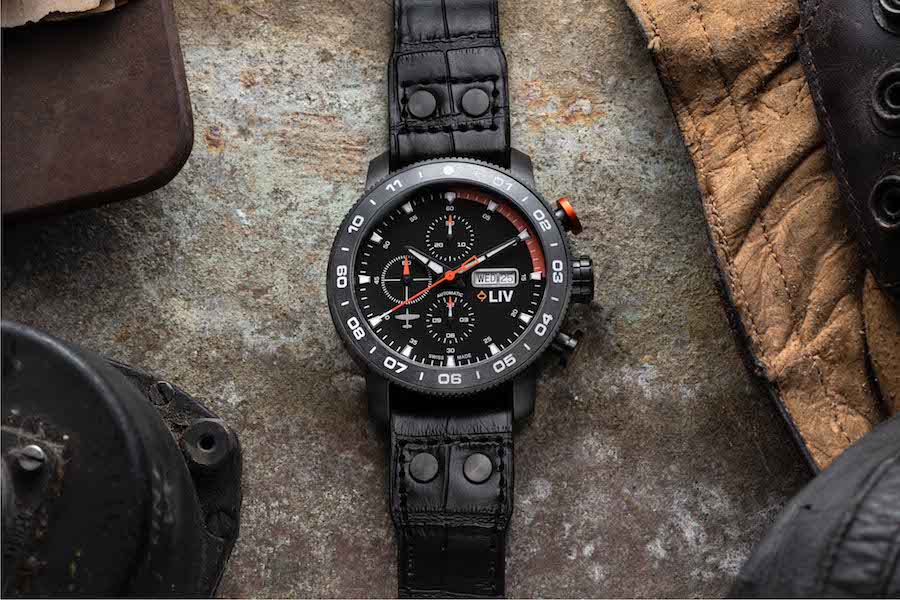 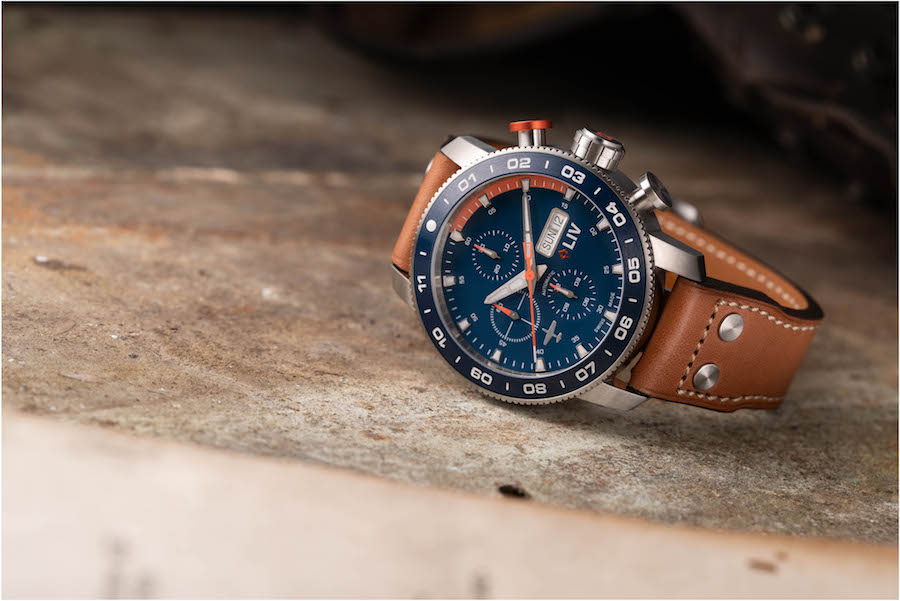 With only 500 of these magnificent GX P51 Swiss Auto Chronograph watches being made available, this is the one you’ll really need to move quickly for if you like what you see with LIV Watches’ Kickstarter campaign. They’ve dedicated this spectacular accessory to the P51 Mustang WW2 Plane which was a mainstay of the war. It is constructed from a titanium case, ceramic bezel and a sapphire crystal (front and back) and this delivers the sort of robust, durable timepiece that any adventurous soul will demand. 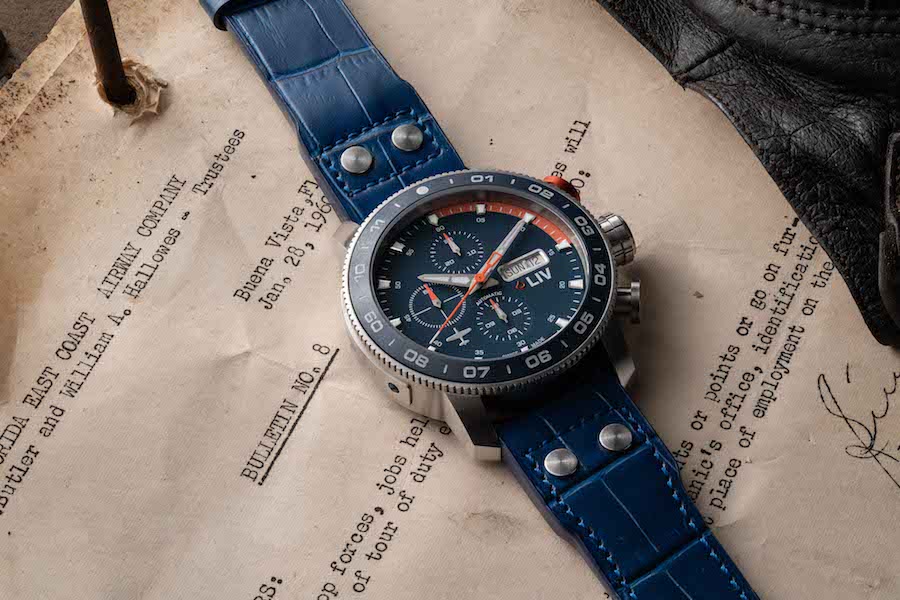 It features a 25 jewel Swiss automatic movement, the Sellita SW 500, 48 hour power reserve, 100m water resistance, skeleton back and 12 hour chronograph functions: hours, minutes, seconds. This breathtaking timepiece will be available on the Kickstarter campaign for $1170 USD (Super Early Bird) and $1190 USD. In addition, there will also be a non-titanium version of this watch limited to 1,000 pieces, the Pilot’s Steel, priced at $970 USD (Super Early Bird) and $990 USD. 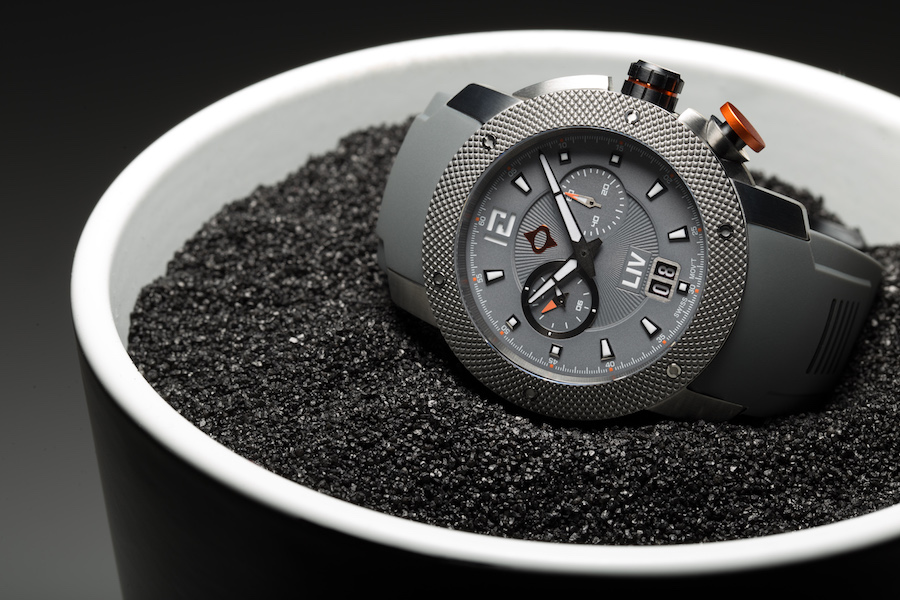 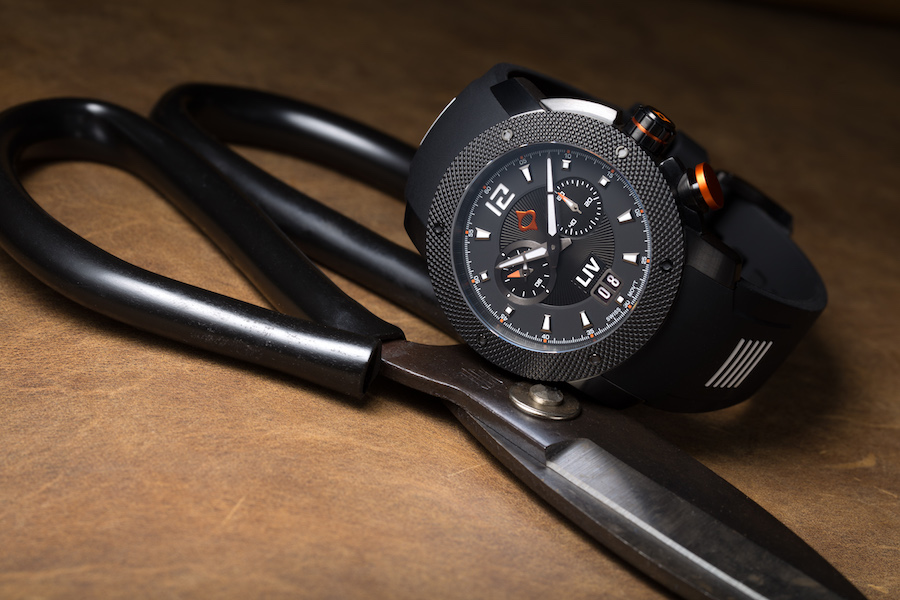 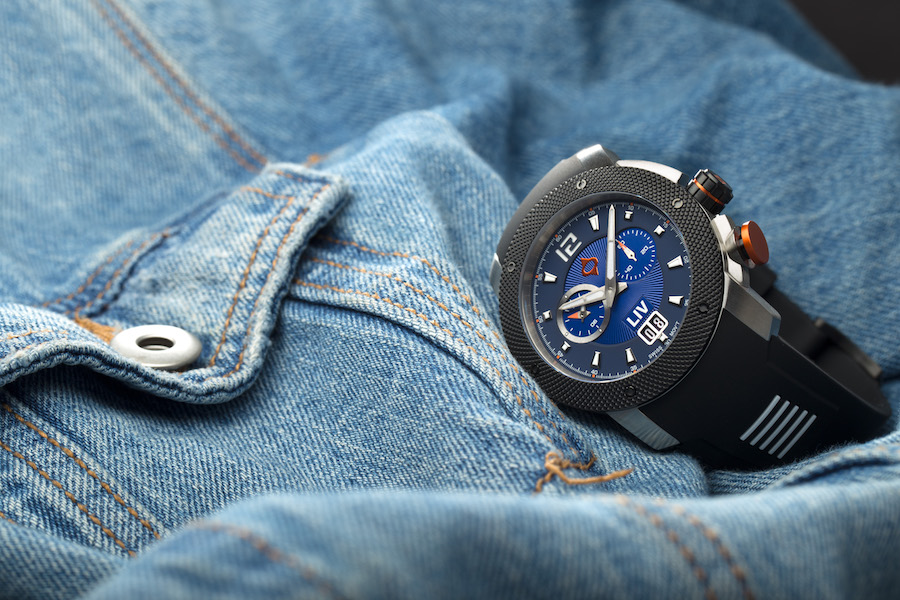 The most entry level offering from this new collection of timepieces from LIV Watches and again limited to 1000 pieces, the GX Alarm Watch is a robust and hardwearing watch ready for any adventure. The watch watch boasts an excellent RONDA 4120.B movement; 100-meter water resistance, and, of course given the name of the watch, an alarm feature. Other stand out elements of this first rate offering include 2  eyes, multifunction, alarm, big date, small second, very easy handling by one pusher, luminescence – BGW9 on hands and large indexes, 316L stainless steel case and a standard battery life of 50 months. 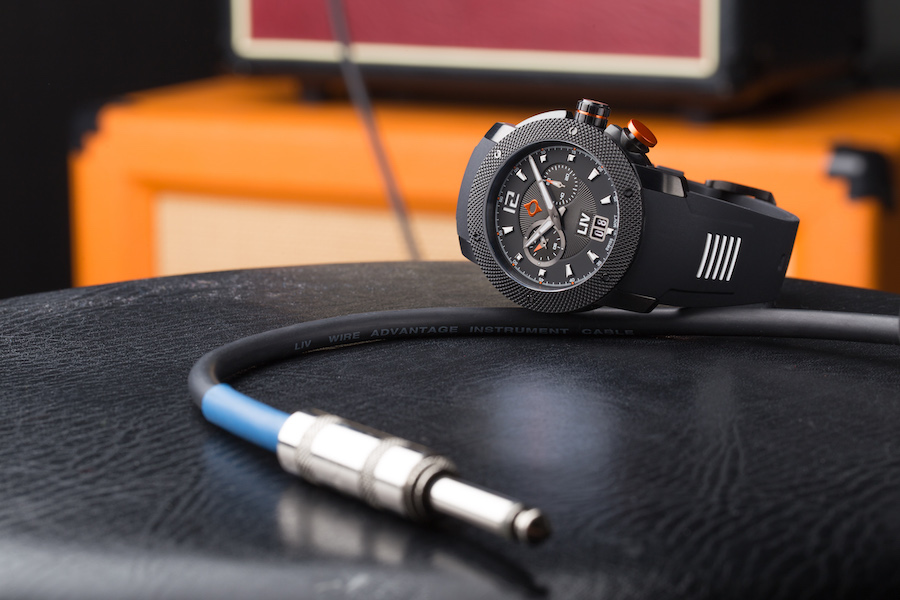 As mentioned, this is the most affordable offering of the new range from LIV Watches and Kickstarter pricing for this watch start at $270 USD (Super Early Bird) and $290 USD so you don’t need to break the bank to get this immensely striking timepiece on your wrist.