It’s probably pretty clear to most regular readers of The Coolector that we’ve got a soft spot for craft beer around these here parts and, as luck would have it, we’ve got a veritable multitude of options in which to indulge this on the doorstep of our headquarters in the Shoreditch area of London. As such, we decided to compile a list of 8 of the best craft beer pubs in Shoreditch and you can take a look at our picks below: 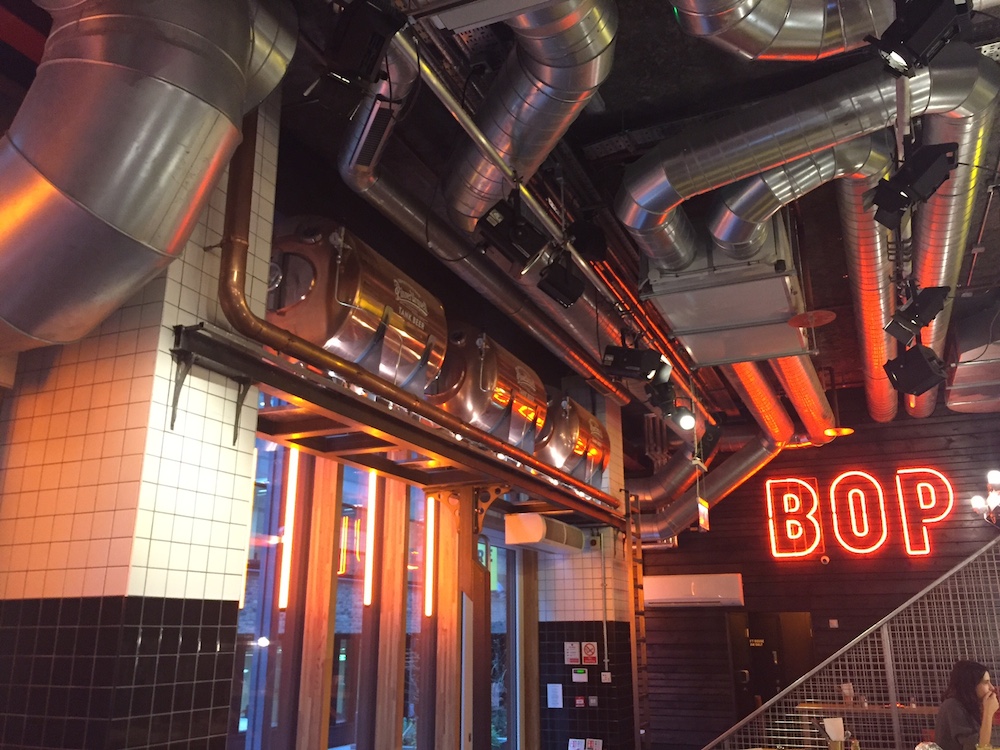 A recent addition to the Shoreditch craft beer scene having opened towards the tail end of last year, the Draft House, situated just off the iconic Old Street Roundabout, is one of the biggest and best places to enjoy a craft beer or two in the Shoreditch area. With an impressive, and ever changing, array of craft beers on tap and a pleasingly affordable (for London) cask ale always available, this is definitely one of our favourite spots for an ale or two in London. 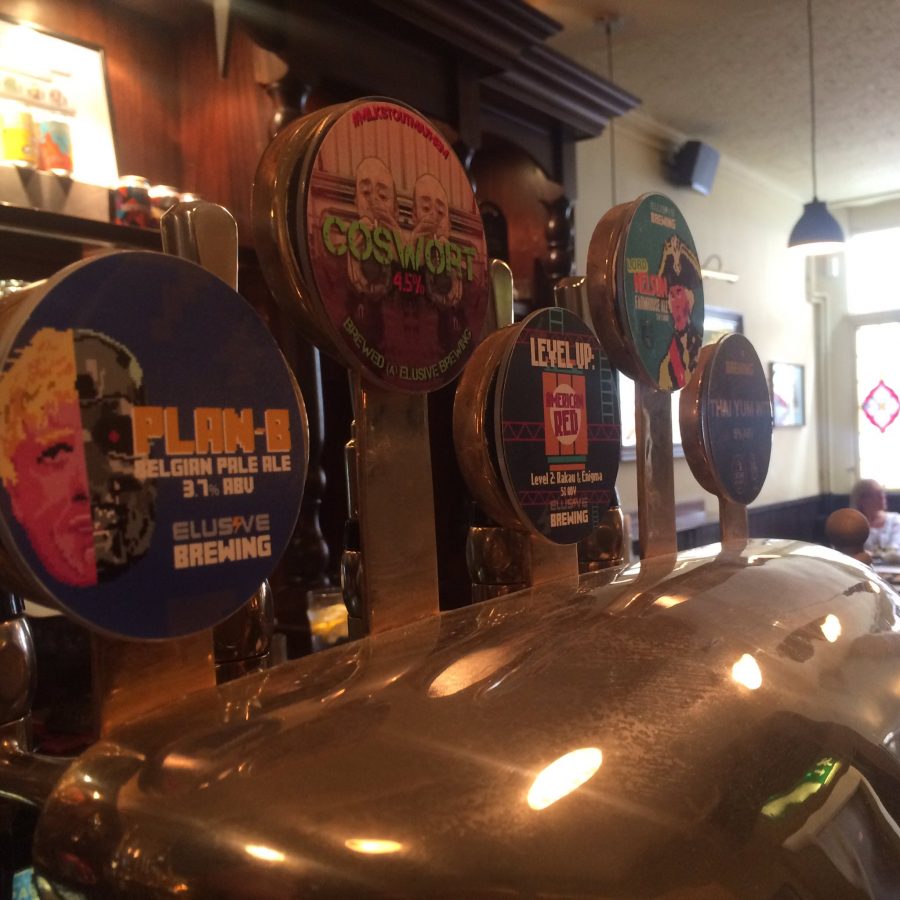 The Old Fountain is situated a literal stone’s throw from the first pub on our list, the Draft House, and boasts an equally as impressive array of craft brews with a mighty pleasing amount of independent London brewers making it onto their ever changing roster. With a chalkboard taking pride of place above the bar outlining that week’s craft beers, it’s the sort of old man-esque pub that we increasingly appreciate here at Coolector HQ and for those of you who like to regularly treat their craft beer palate, this is the place for you. 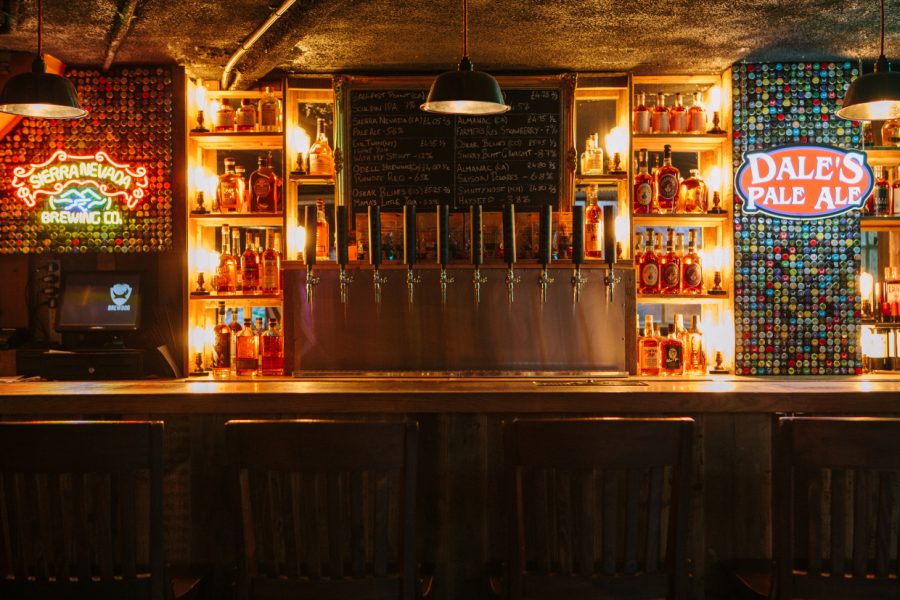 Brewdog is a name that needs no introduction to craft beer fans so we were understandably delighted when they decided to open one of their excellent establishments in our neck of the woods here in Shoreditch. Well, craft beer fans are in for a real treat with this one because not only does it have Brewdog’s amazing collection of craft beers to be enjoyed in the upstairs bar, you can then head downstairs to enjoy not just an amazing line up of American craft beers but also a top notch arcade bar filled with retro classics – commonly known as a win, win. 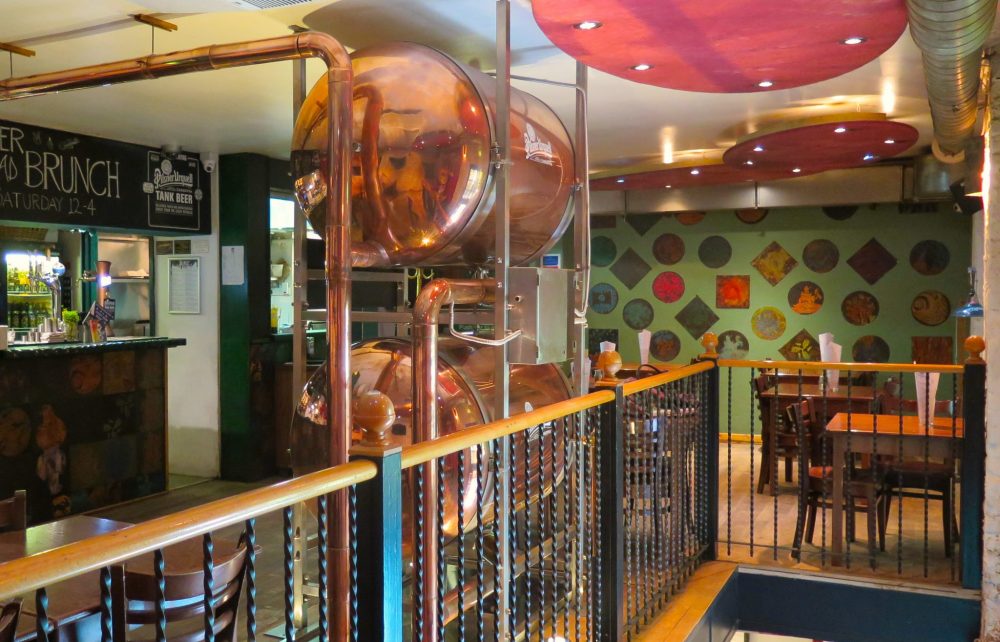 A mainstay of the Shoreditch craft beer scene, Strongrooms boasts an eclectic collection of craft beers from all over Europe to taste even the most resilient of palates (some of their Belgian beers are not for the uninitiated). With plenty of seating both indoors and out, this is one of Shoreditch’s most popular spots for enjoying both music and ales and we’re often found mooching around in here seeing what new beers they’ve got on offer. 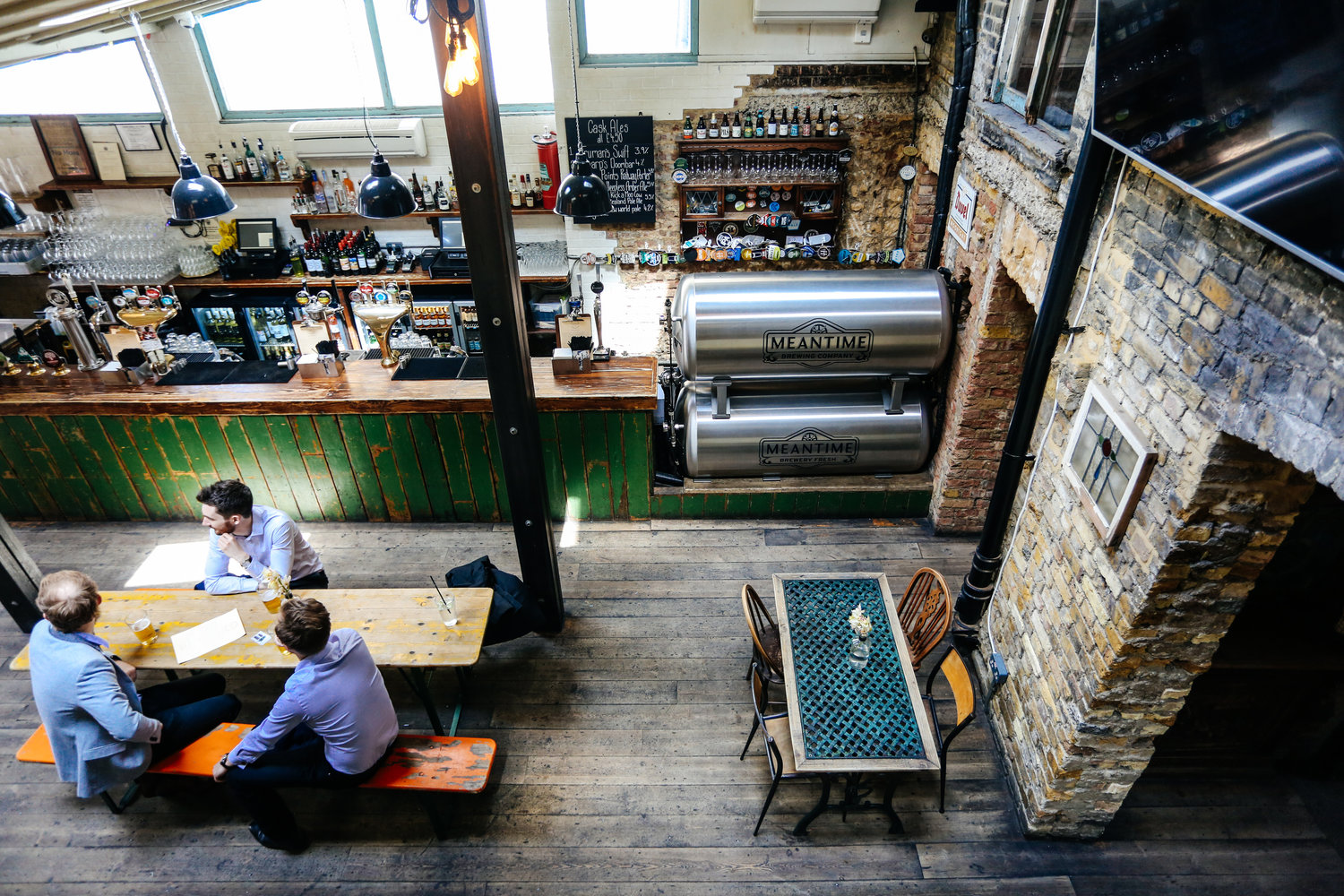 The shabby chic interior of this old London boozer is right up our street here at Coolector HQ as is the immaculate selection of craft beers they have to offer – both on tap and bottled. This would seem like your pokey, run of the mill pub if you were to merely pass it on the street but for those smart enough to venture inside, you’ll discover a vast beer garden to the rear and amazing craft cocktail joint to be enjoyed upstairs. We often find ourselves gravitating towards the Crown & Shuttle here at Coolector HQ particularly during the warm summer months when the beer garden is a godsend. 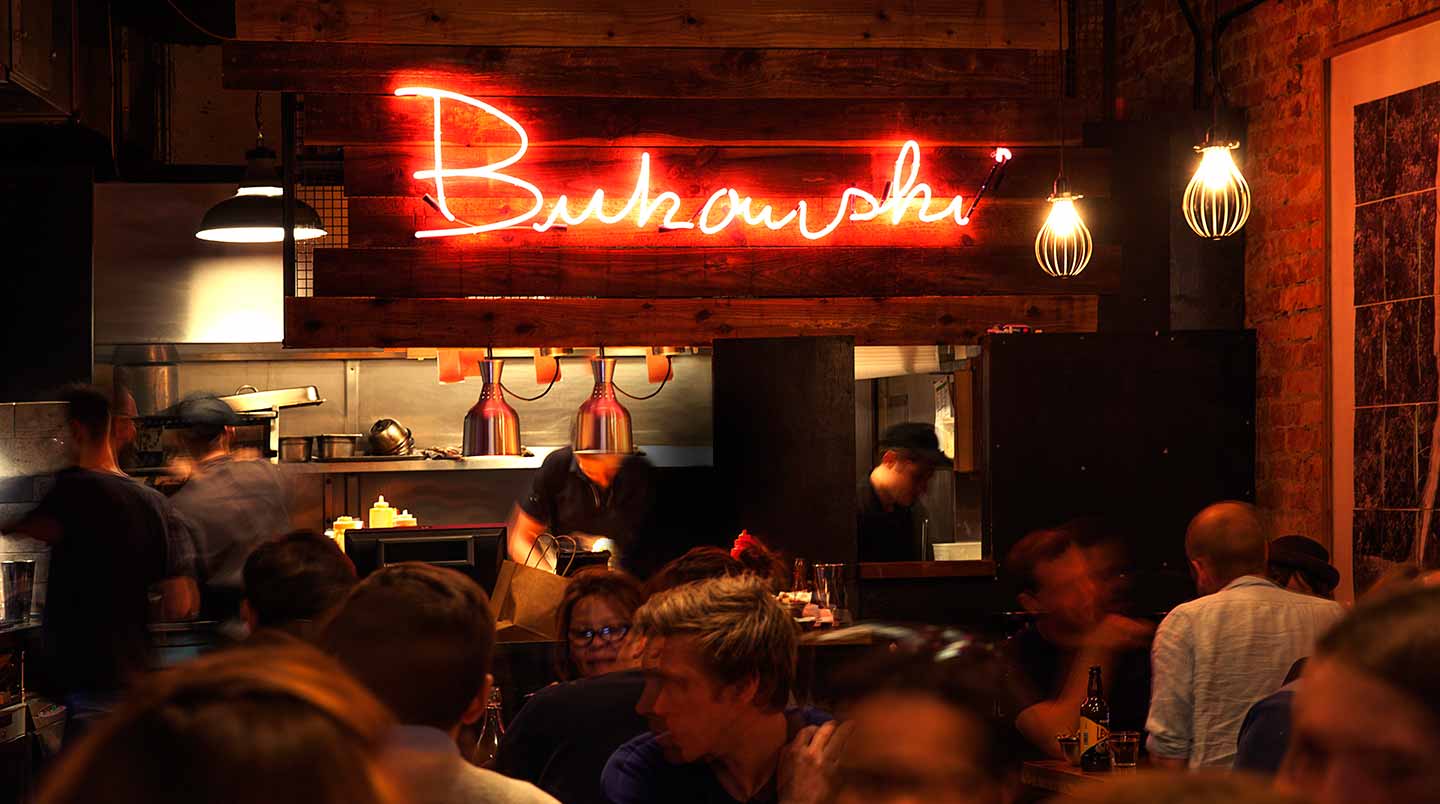 As a man who was notoriously good at enjoying a tipple or two, it’s only right we include the Bukowski Grill on our list but it’s probably pertinent to point out that this place is both tiny and better known for the quality of their excellent burgers. That being said, however, they’ve also got a small but perfectly formed collection of craft beers to be enjoyed that you’re unlikely to find in too many other establishments across London such as Wu Gang Chops The Tree (a wheat beer) and Leviathan (a ruby ale) so it’s definitely worth popping in – particularly if you need to get some food to carry on any craft beer pilgrimage. 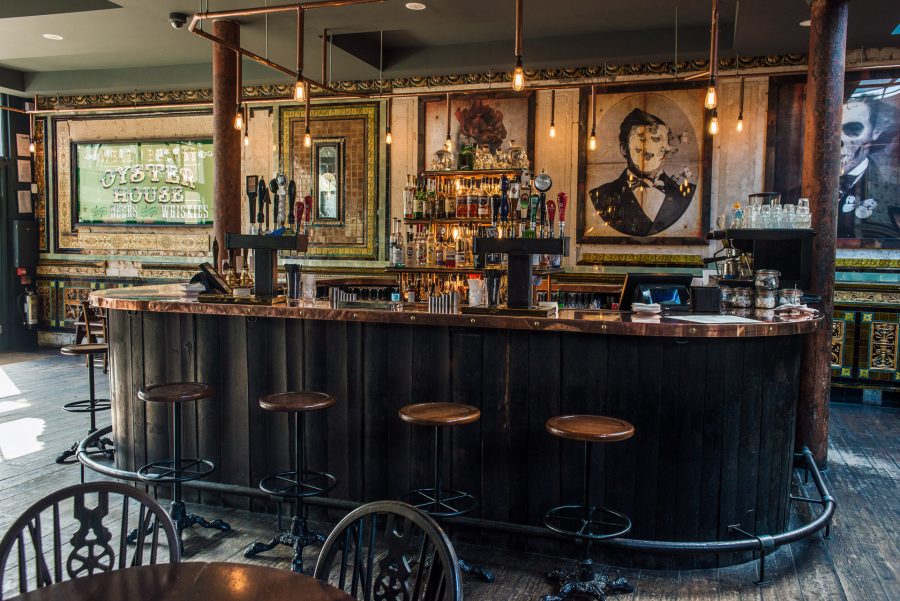 A proper East End London pub which has kept its original charm but supplemented it with some supremely cool new features as well – not least, the introduction of an eye-catching line up of craft beers on tap. This small but perfectly formed boozer isn’t somewhere we’ve been frequently here at Coolector HQ but the few times we have ventured down, we’ve always been thoroughly impressed with the superb collection of craft beers on offer. And when this is coupled with a mouth watering menu, what’s not to like? 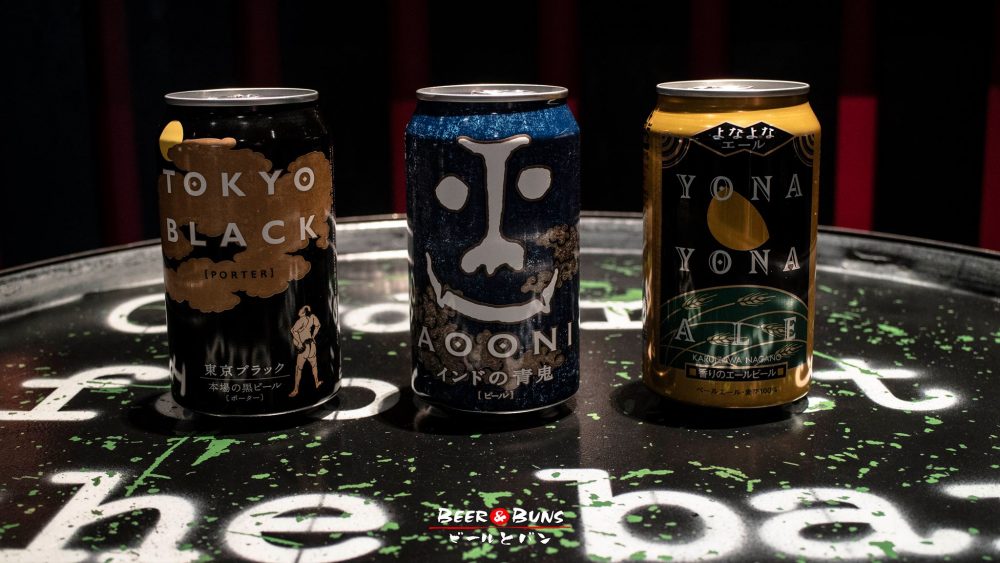 If you’re a craft beer fan looking for something a little different in Shoreditch, you’ll find it at Beer & Buns. Home to the UK’s largest selection of Japanese craft beers including the fact they are one of the few bars in Europe serving  Asahi ‘Super Cold’ draught lager – which is a must try if you find yourself in this excellent little establishment. Japanese craft beer isn’t something that we’re overly familiar with here at Coolector HQ but, if the amazing selection on offer at Beer & Buns is anything to go by, we’ve been missing a trick all these years.

Written By
Leo Davie
More from Leo Davie
The United States of America is a country we’ve got an awful...
Read More