We’ve featured a lot of architectural projects on the pages of The Coolector but the Mountaineer’s Refuge might just be the first one from Chile and, safe to say, it is undoubtedly one of the most spectacular and eye-catching. The brainchild of Gonzalo Itturiaga Architects, this stunning piece of design is situated in the mountains of San Esteban, Chile, and it is a small but perfectly formed cabin which was created as a retreat for those arriving and departing on treks in the mountains that needed a place to rest and reflect on outdoor adventure. 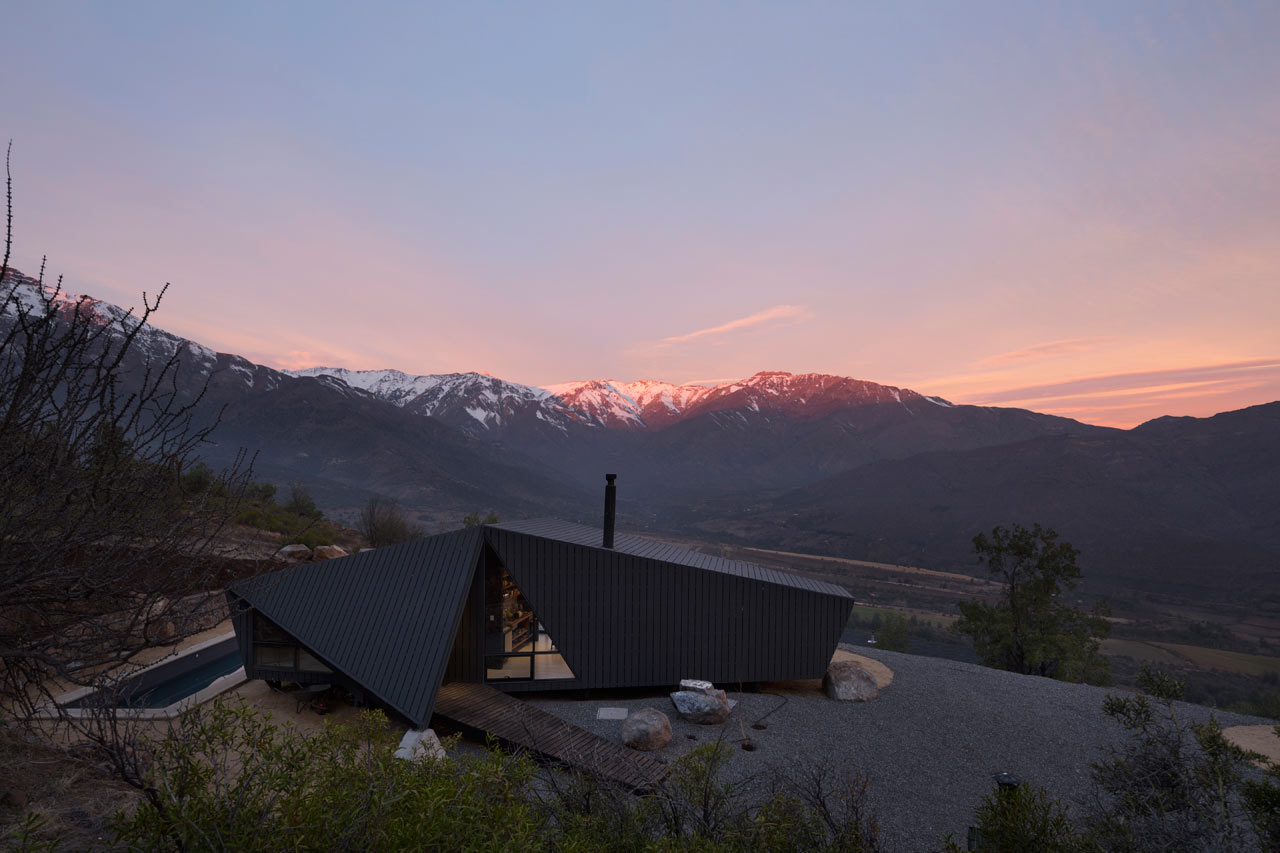 The Mountaineer’s Refuge from Gonzalo Itturiaga Architects has definitely caught our eye here at The Coolector with its breathtaking angular design and minimalist aesthetic and for those with an appreciation of contemporary architecture, it’s going to tick a lot of your boxes too. The design includes a kitchen, bedroom, and bathroom all housed within a geometric structure and such is its aesthetic impact, it’s almost as impressive as the mountains themselves.

Out Of This World Views

The San Esteban Mountains in Chile serve as a stunning backdrop for this carefully conceived and crafted piece of architecture and the entrance to the Mountaineer’s Refuge is found within one of the structure’s folds in what is a mighty innovative design feature. As you would expect from a piece of architecture in such spectacular surrounds, windows are a prominent feature of the Mountaineer’s Refuge in order to make the most of the mesmerising scenery that surrounds it. 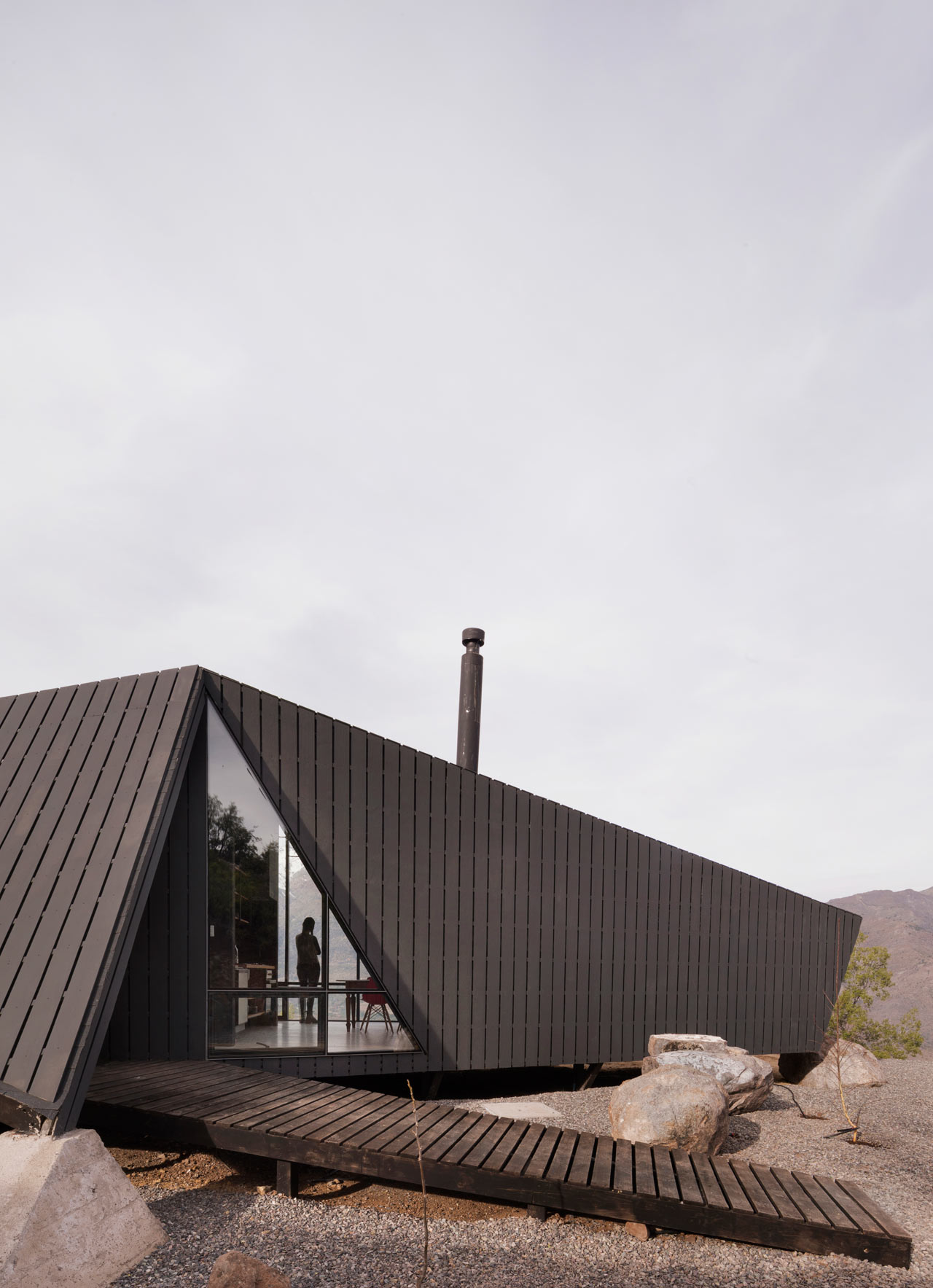 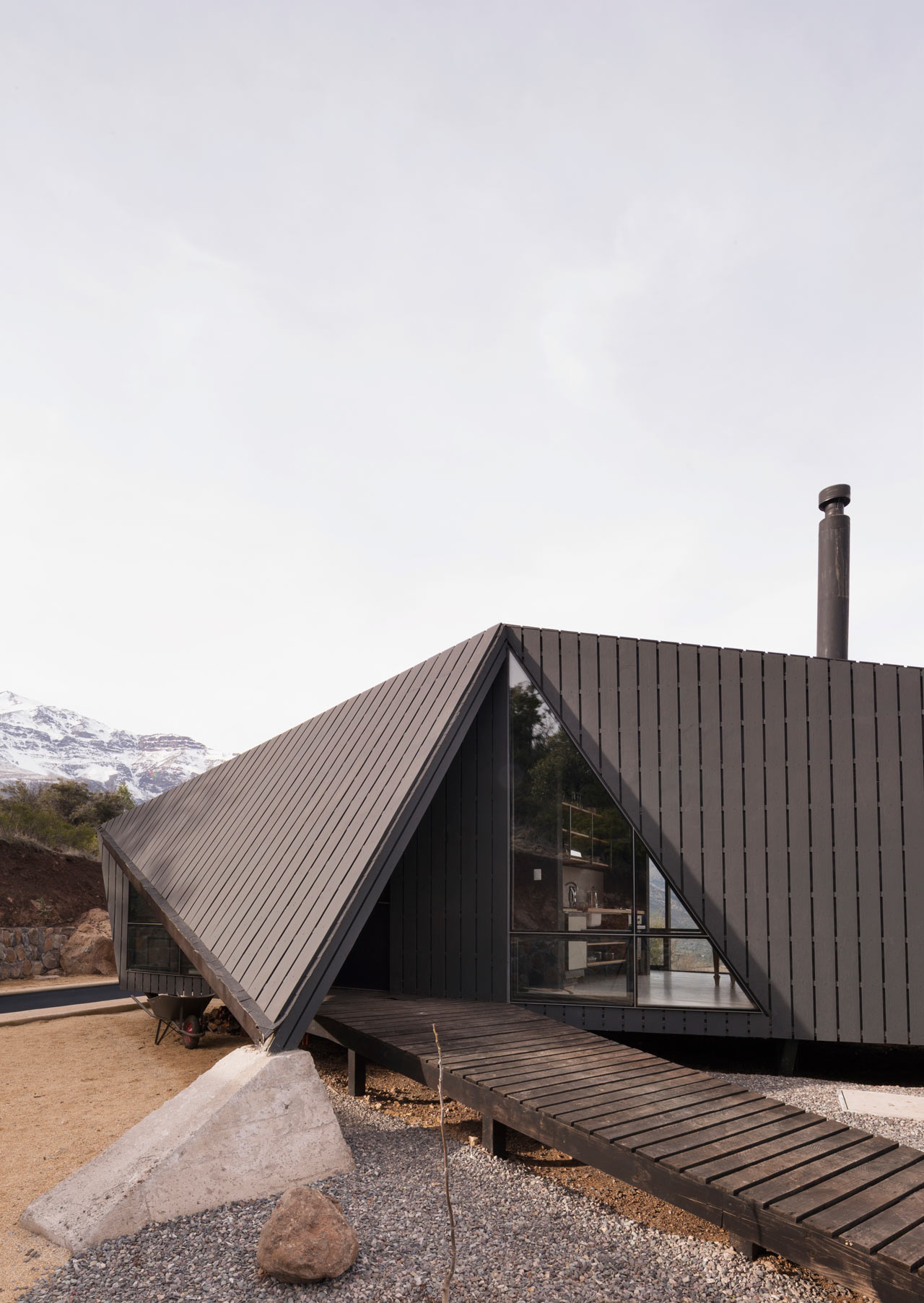 Fantastic visuals immediately draw the eye both internally and externally with the Mountaineer’s Refuge from Gonzalo Itturiaga Architects. The amazing cabin is situated on top of piles suspended above the ground which is important because it is responsible for delivering the ventilation from all sides. The exterior of the cabin is clad in vertical pine boards with metal details for a highly engaging and head-turning aesthetic and despite its contemporary visuals, it doesn’t look out of place on the mountainside. 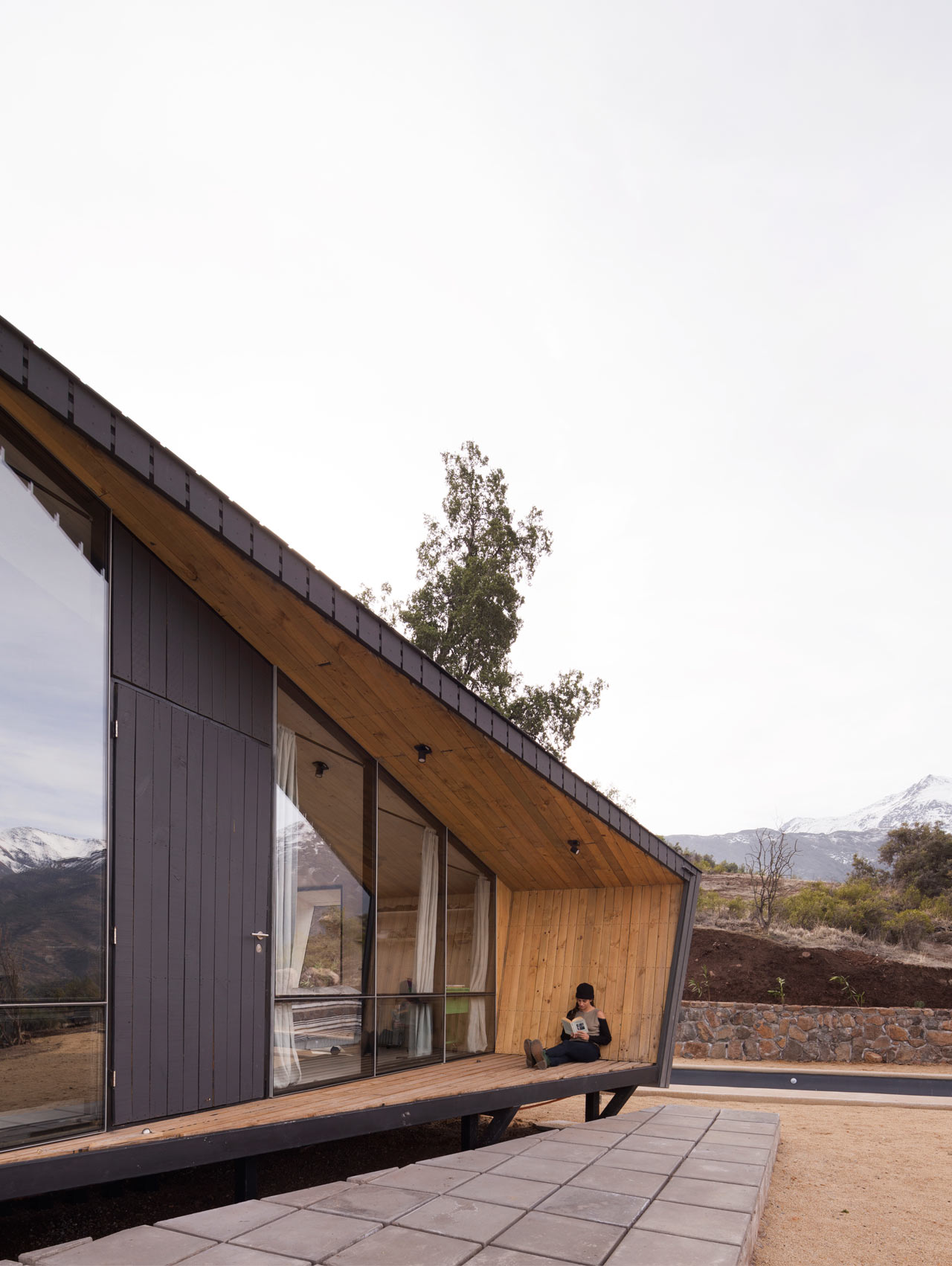 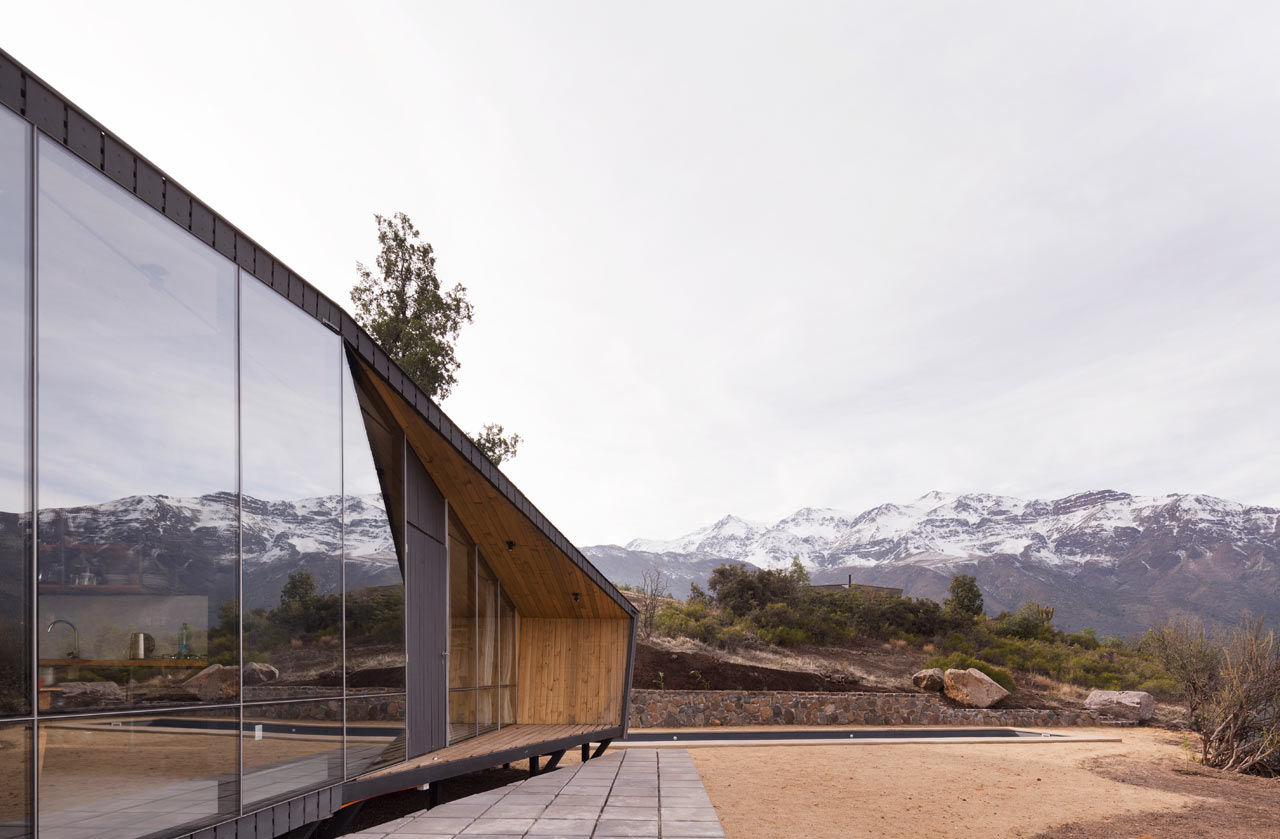 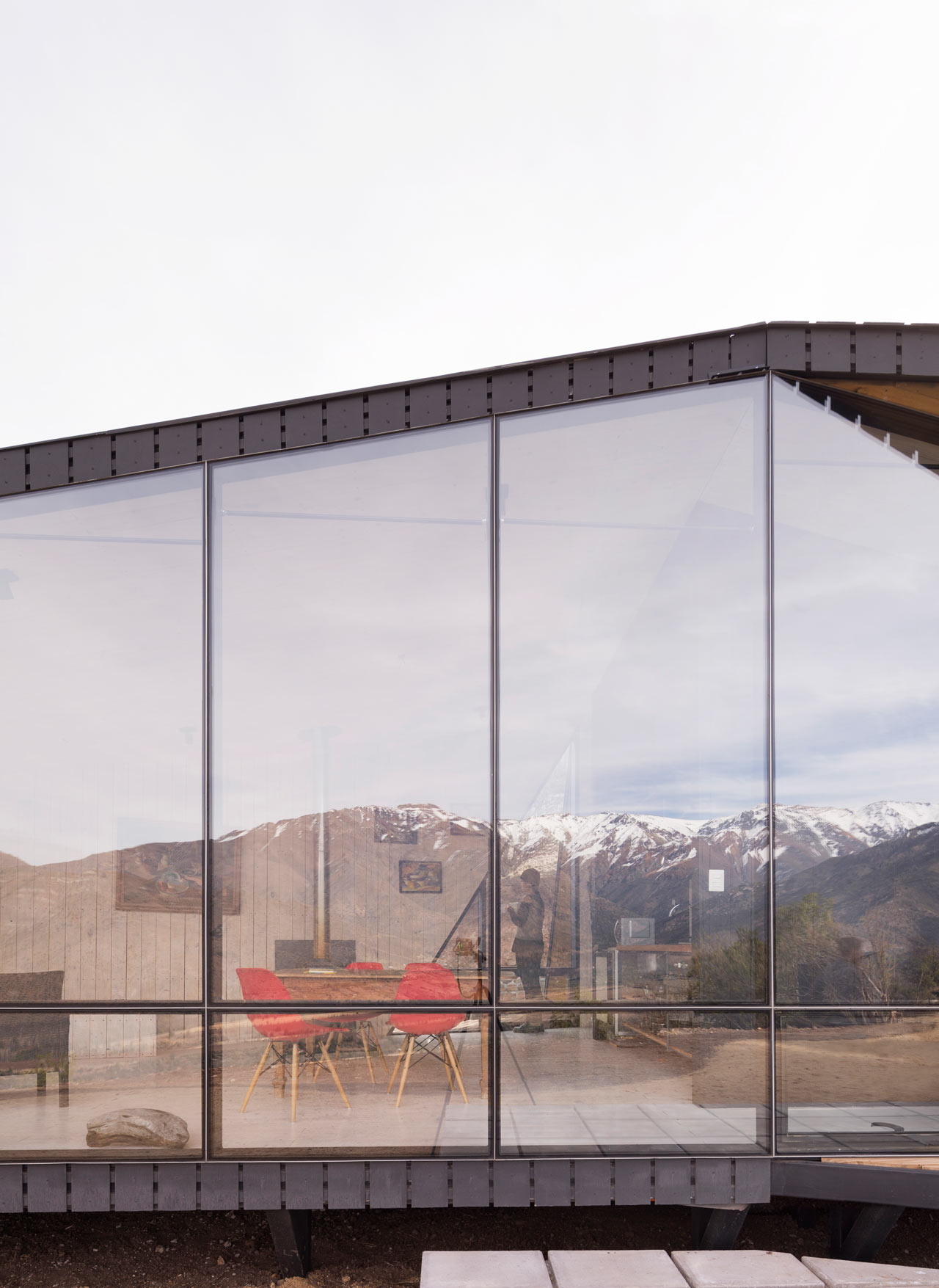 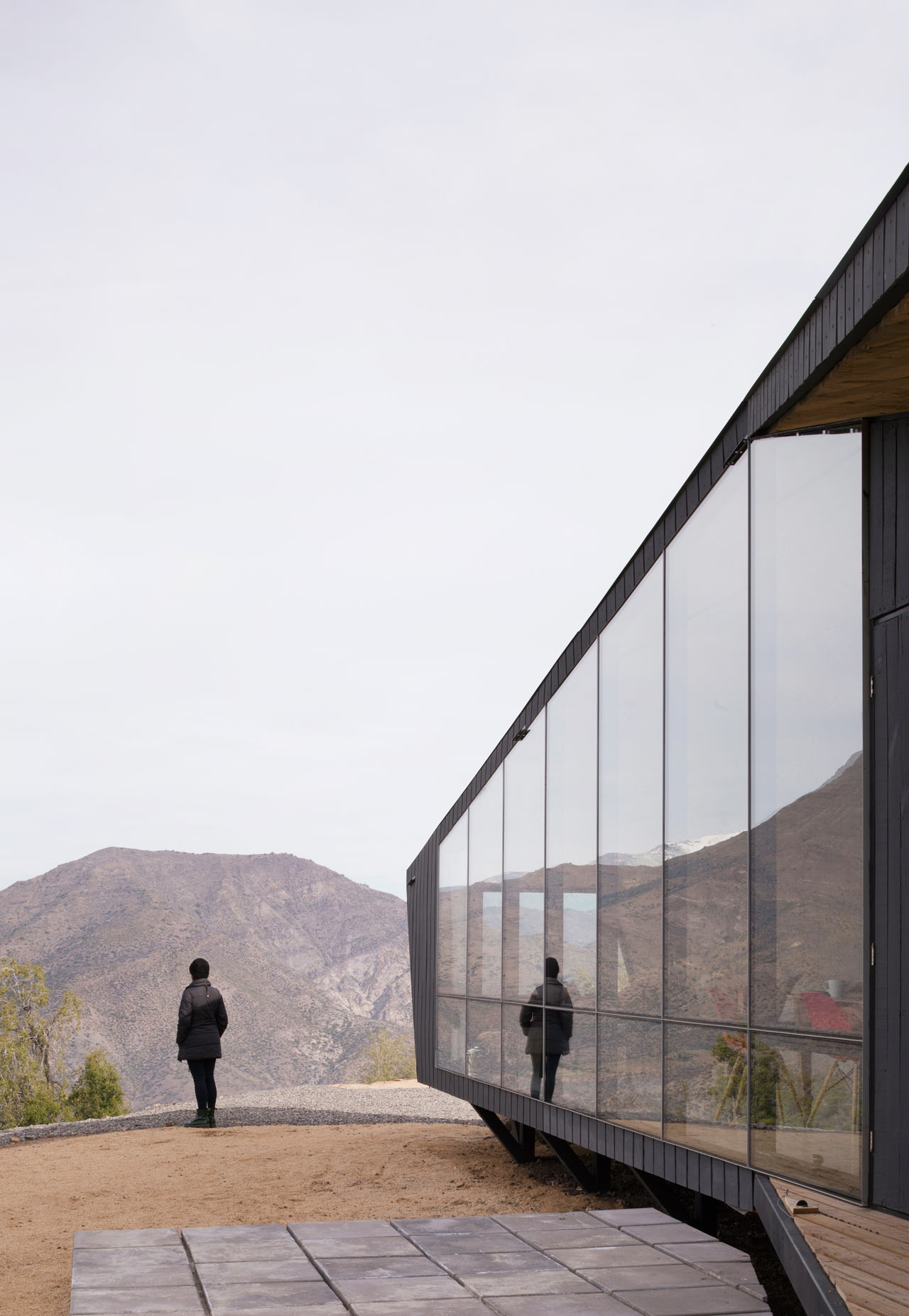 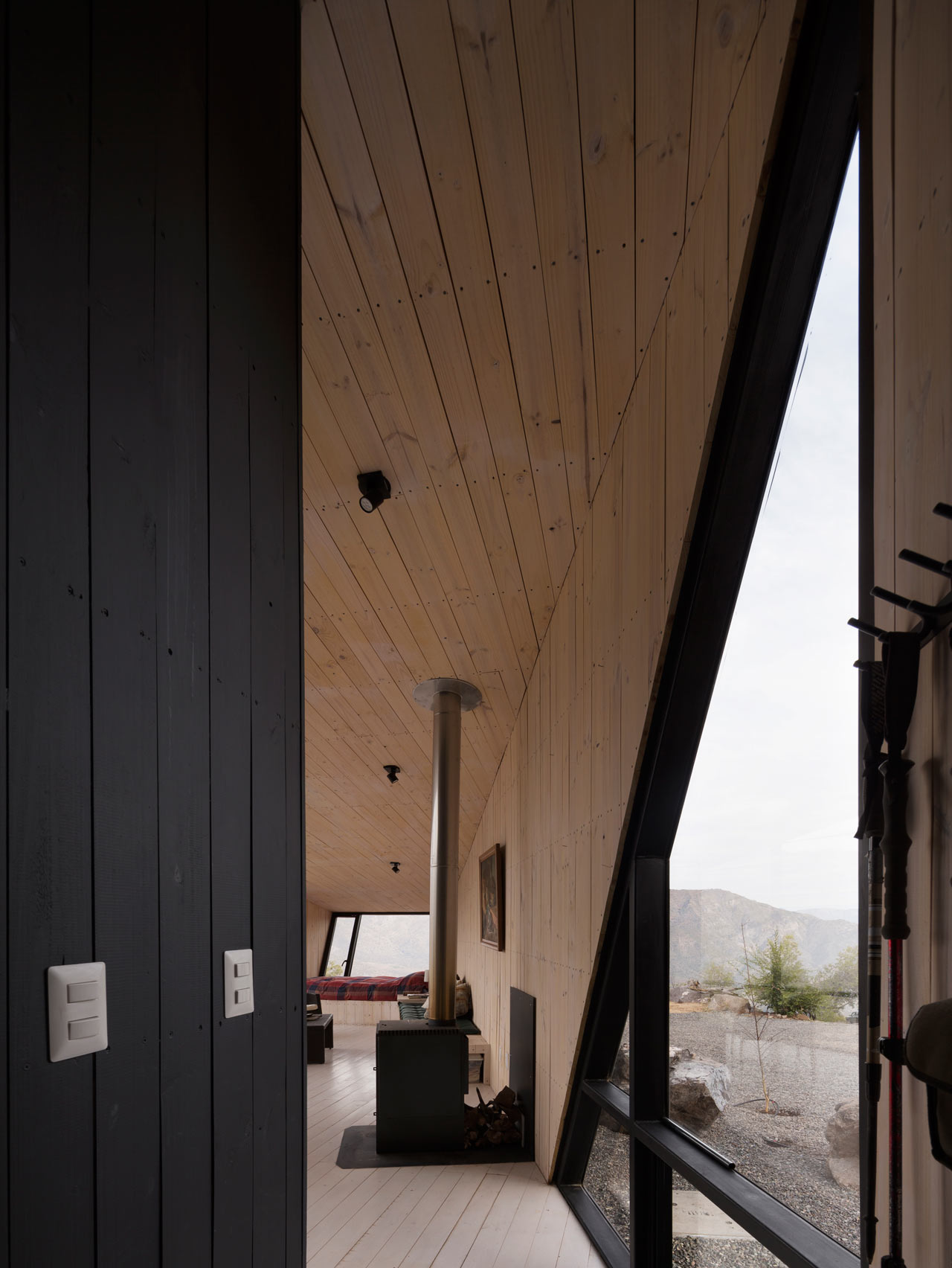 Understated is probably the word for describing the interior of the Mountaineer’s Refuge as it has just the essentials but it is this sort of minimalism that we are drawn towards at Coolector HQ. The layout of the property sees the bedroom and storage room on one end, which holds the mountaineering equipment which will come in handy for those making pit-stops on mountain treks. On the other side you’ll find the open plan living space with the exemplary views of the San Esteban Mountains.

Building properties at this altitudes is not without its problems so its testament to the design skills of Gonzalo Itturiaga Architects that the Mountaineer’s Refuge is such a triumph. This exceptional piece of design, high in the Chilean mountains, is a contemporary masterpiece and serves as the ideal respite from a hard day of mountain trekking and gives you the perfect viewing platform for the mountain you’ve just tackled (or are about to tackle). 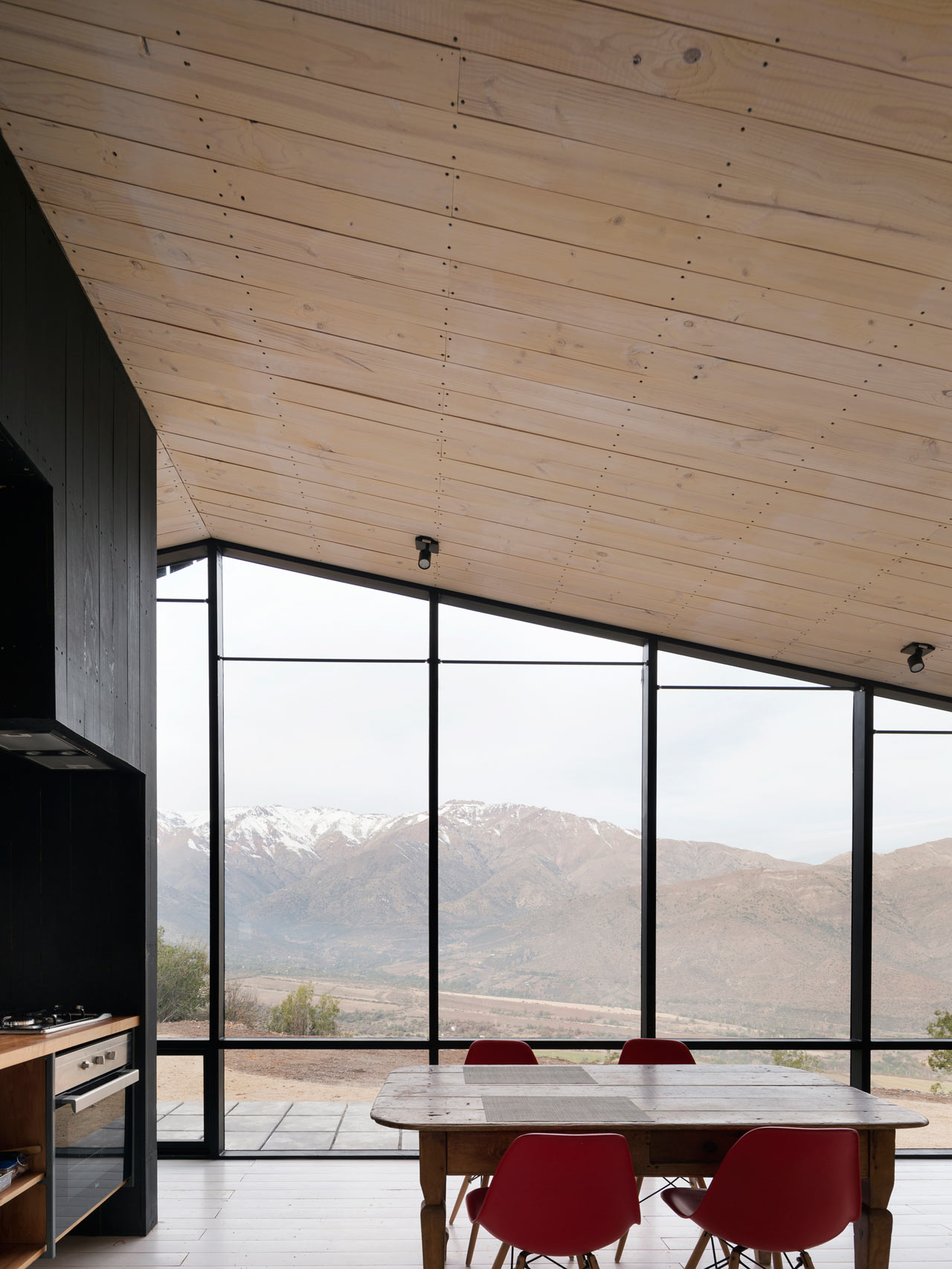 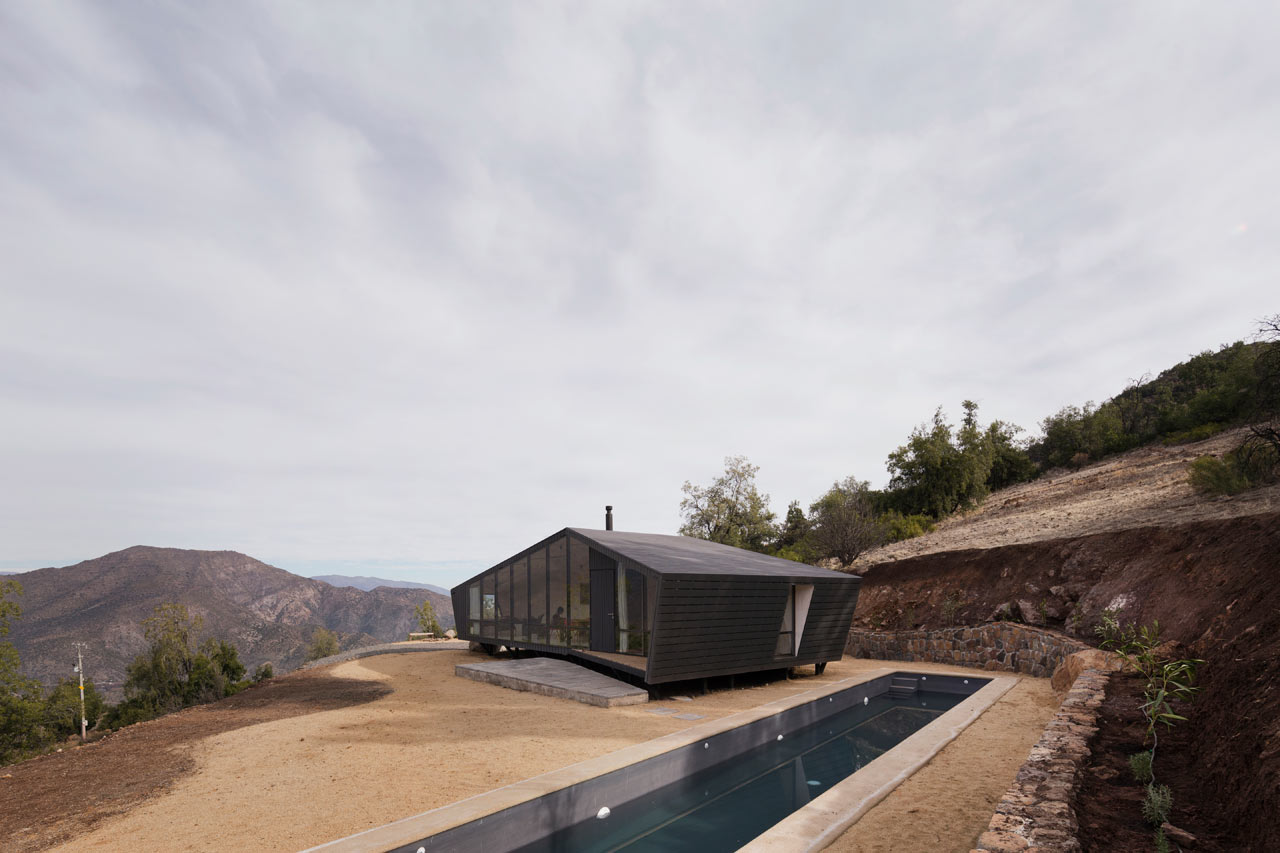 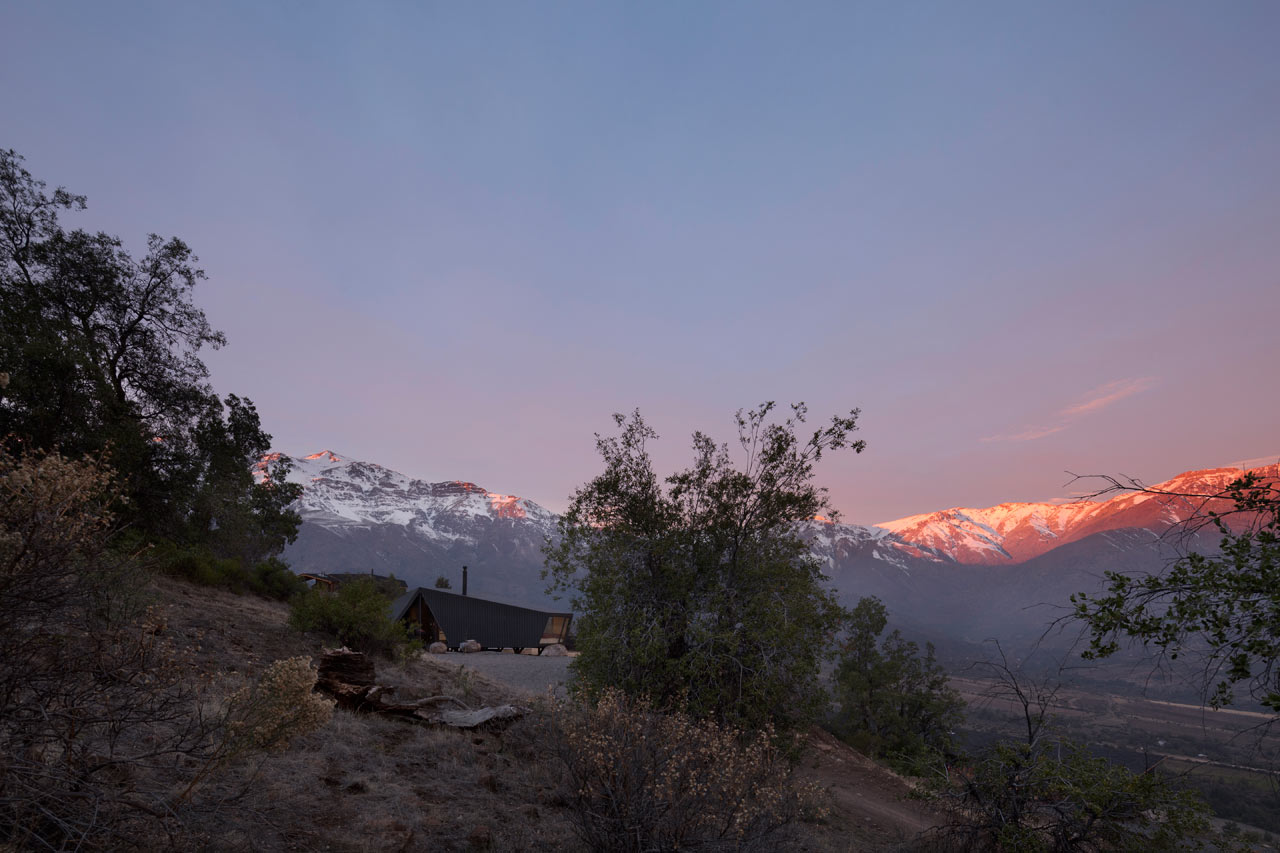 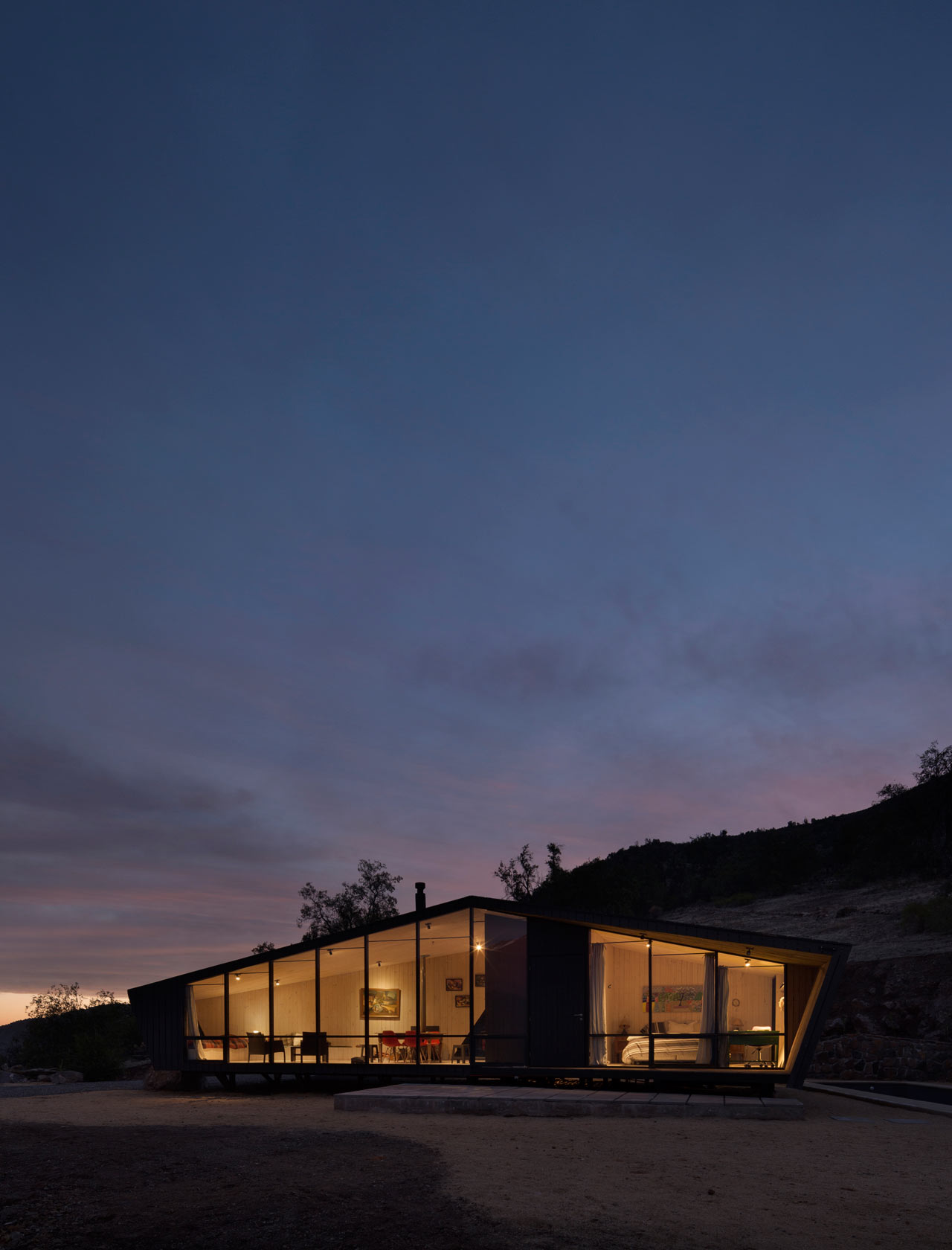 Minimalist on the inside and visually striking from the outside, the Mountaineer’s Refuge is just the sort of architectural design that we’re big fans of at The Coolector and it really does an amazing job of fitting in with its surroundings despite the modern nature of its design and finish.