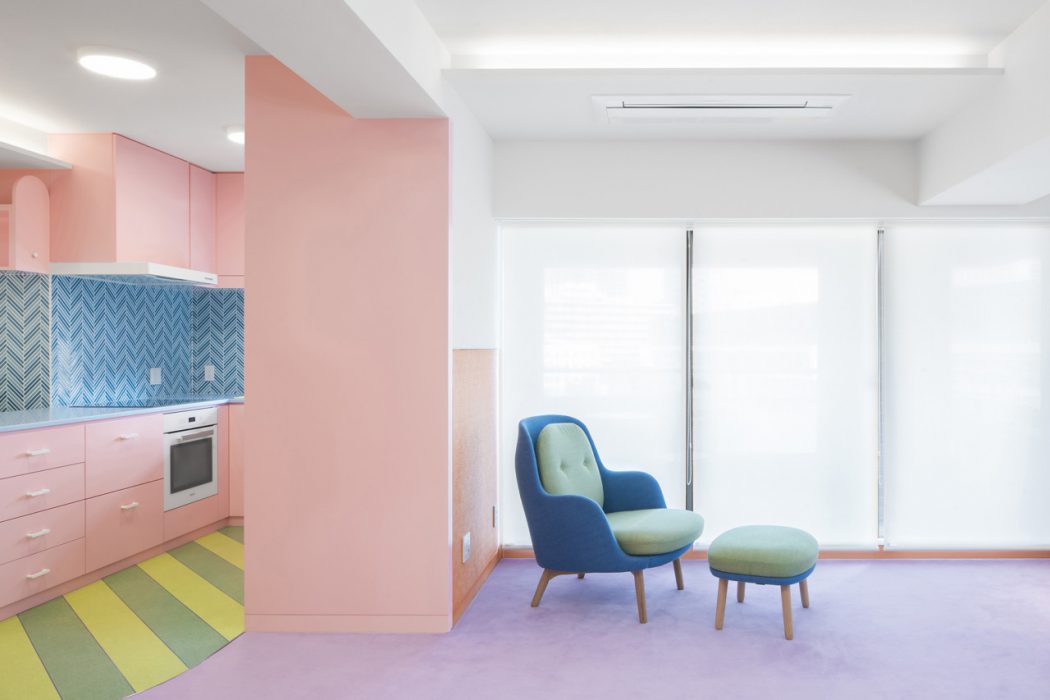 Japan is part of the world we’re yet to travel here at Coolector HQ but it’s certainly on the bucket list and we’re big fans of the bold, vibrancy that is often apparent with the design and architecture in the country and that’s something that positively shines through in this Nagatacho Apartment from London based designer, Adam Nathaniel Furman. Boasting an almost Wes Anderson-esque aesthetic, the interiors of this three bedroom flat in the financial district of Nagatacho in Japan is one of the zaniest looking projects we’ve seen and we love it all the more for it. 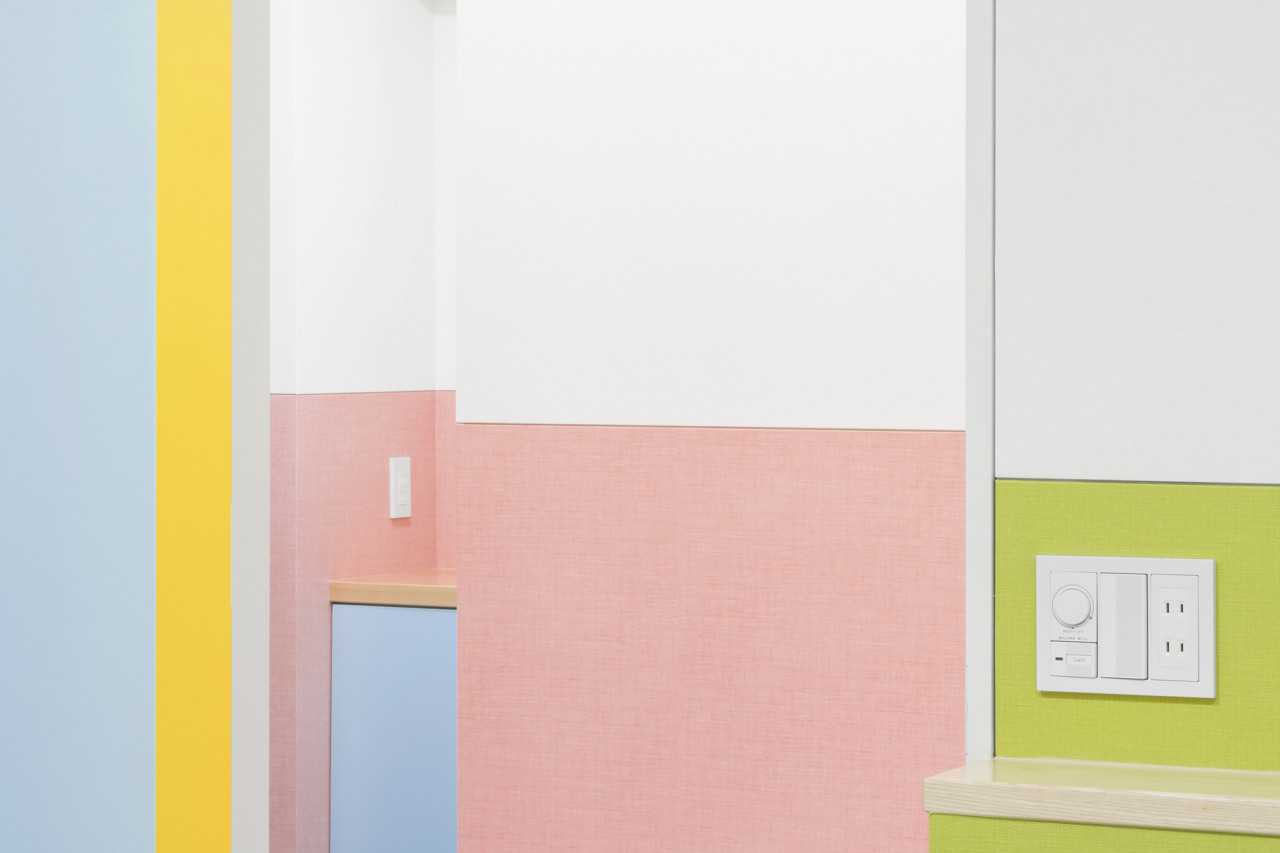 The Nagatacho Apartment by Adam Nathaniel Furman positively exudes colour and vibrancy in each and every room of the property and there is a minimalism to it which is awash with eye-catching colours which immediately makes us think of films like The Grand Budapest Hotel and The Royal Tennebaums here at The Coolector. This fantastic piece of interior design from Furman really showcases his wild side of design and he was able to really experiment because the client gave him free reign to do whatever he liked from a design point of view and the end result is a triumph.

The clever use of colour throughout the Nagatacho Apartment in Japan is extremely measured and well thought out and has the same quirky disposition and use of furniture that looks like something taken straight from the set of a Wes Anderson movie. Pastels are extremely prevalent in Anderson films as there are here as well and Furman transformed the client’s 160-square meter flat of three bedrooms, two bathrooms, and a large communal living area with terrace into a stunning interior landscape with harmonious colours in proximity, realising an architecture that luxuriates in a hyper-aestheticised celebration of the senses, and of every-day domestic life. 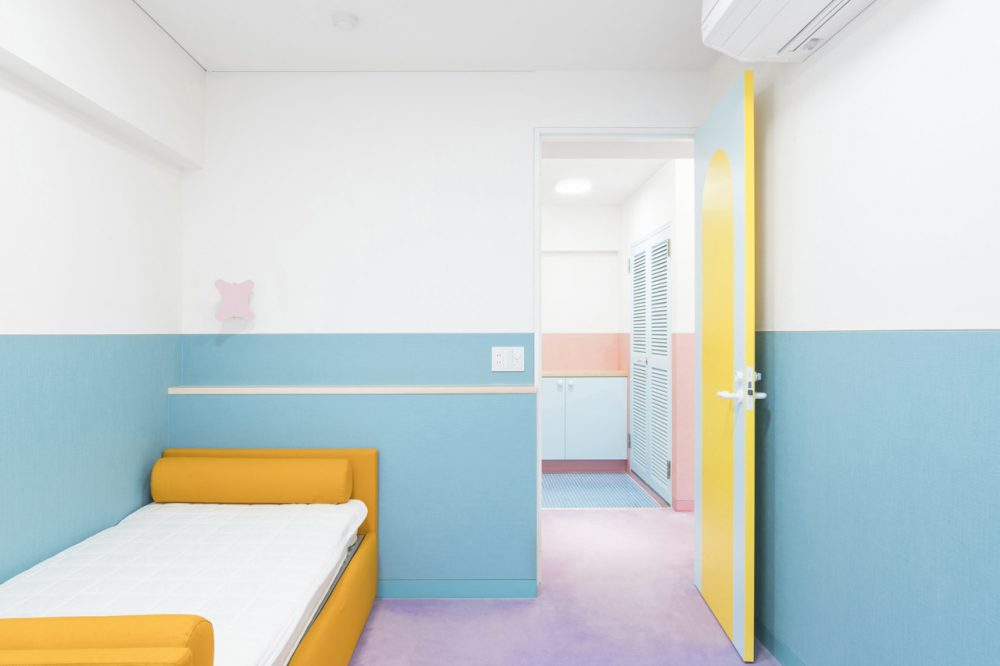 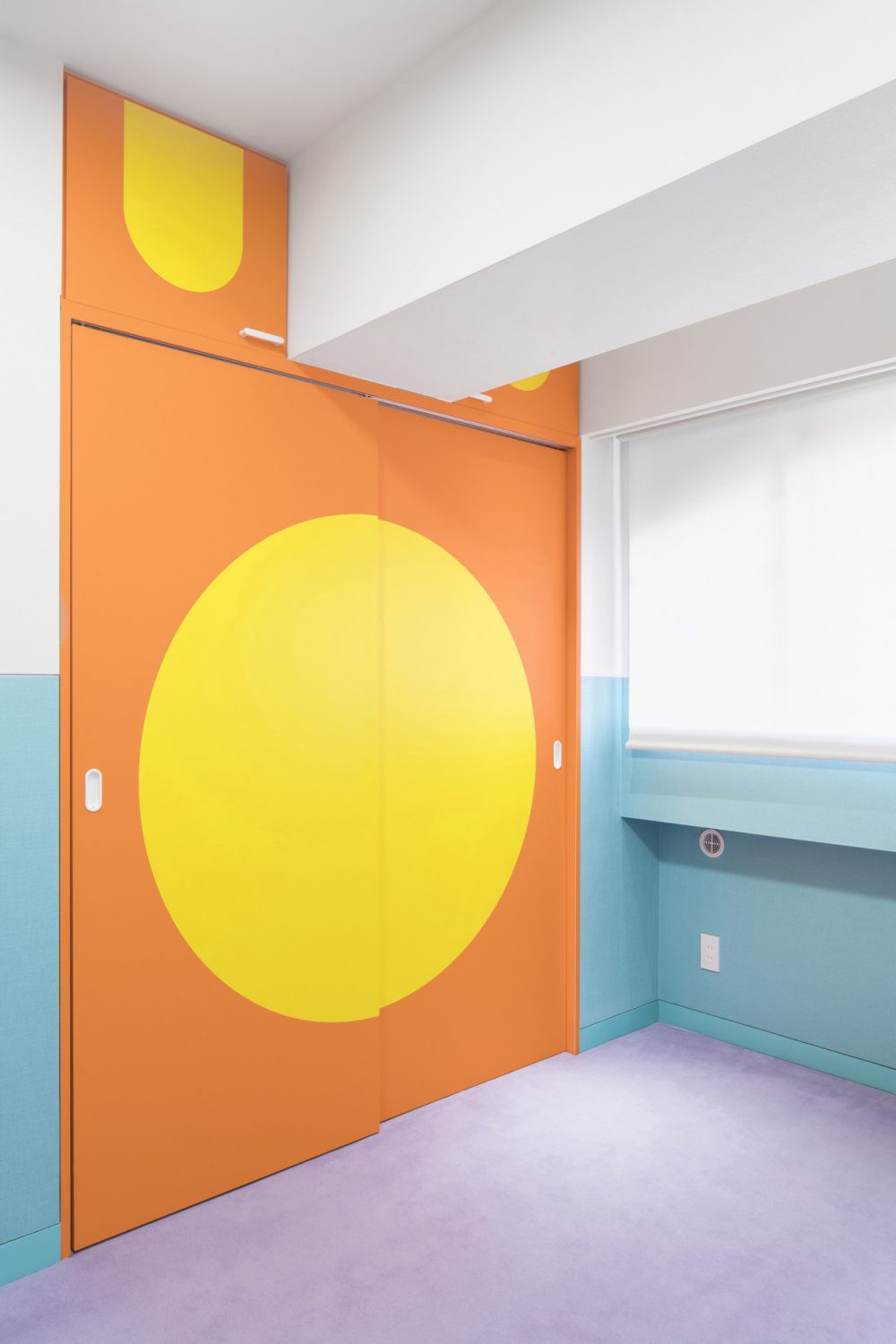 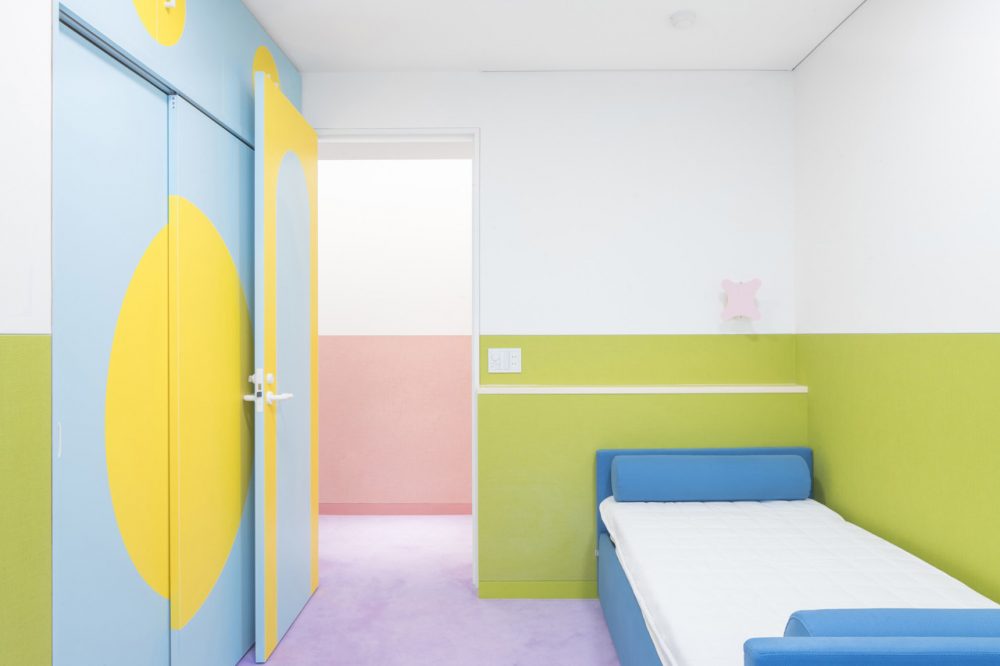 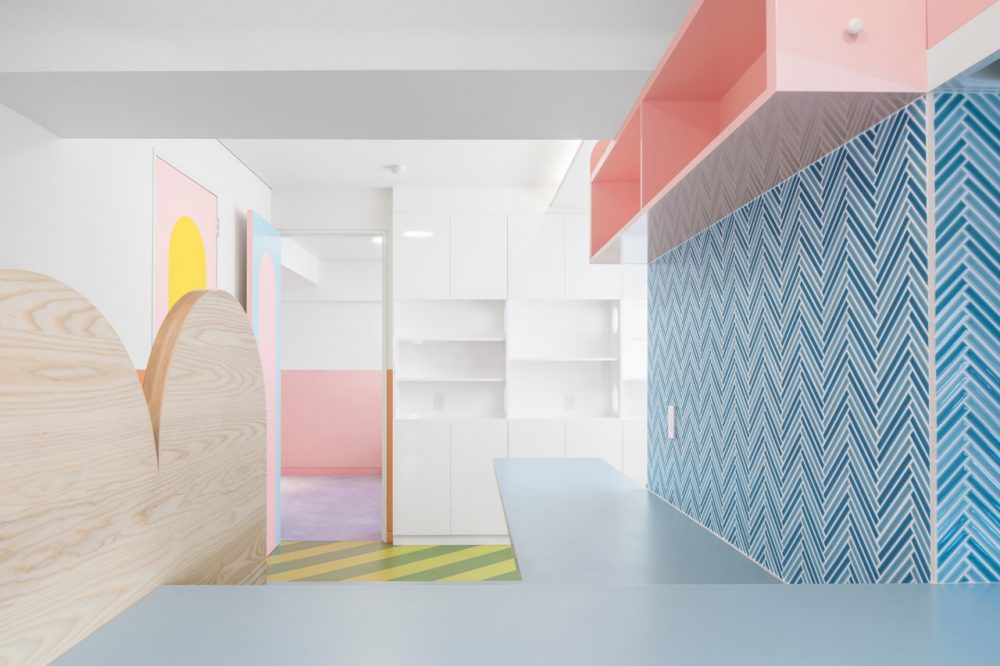 The Nagatacho Apartment from Adam Nathaniel Furman is an experiment in the euphoric connoisseurship of colour, texture, material and form in a space that elevates the client’s daily rituals and communal activities into a space of continuously seductive aesthetic delectation. It is a spectacular use of colour and space to deliver the sort of abode the client was looking for and a vibrant aesthetic seldom seen in interior design these days. 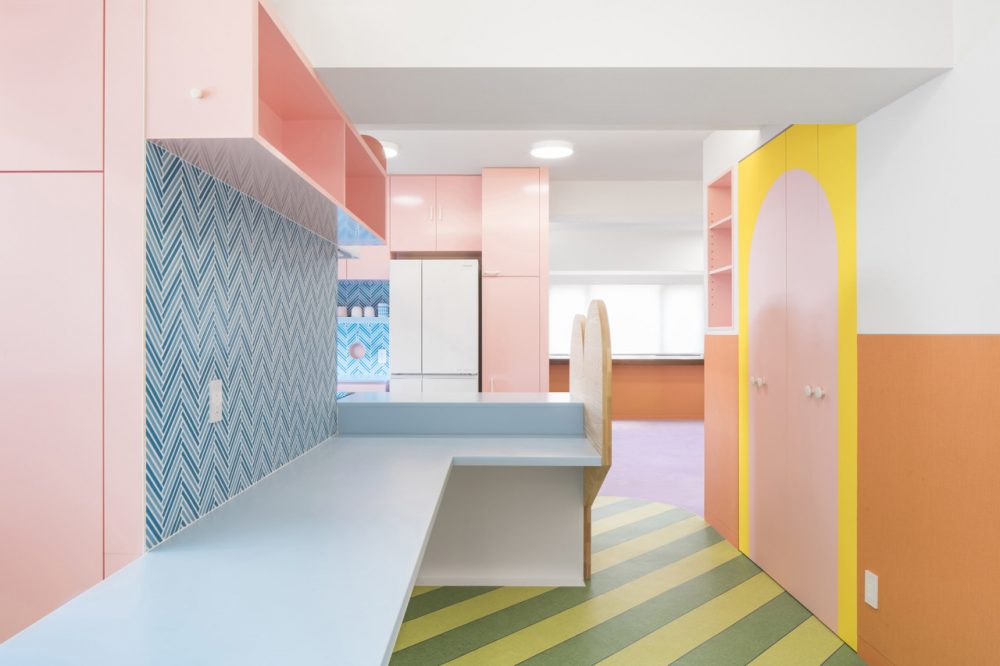 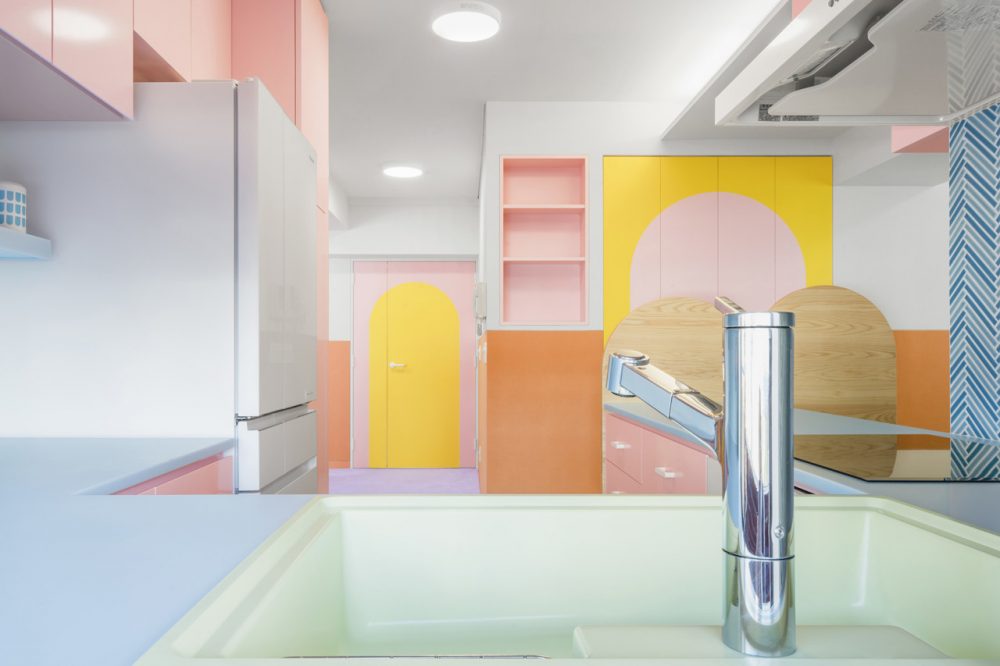 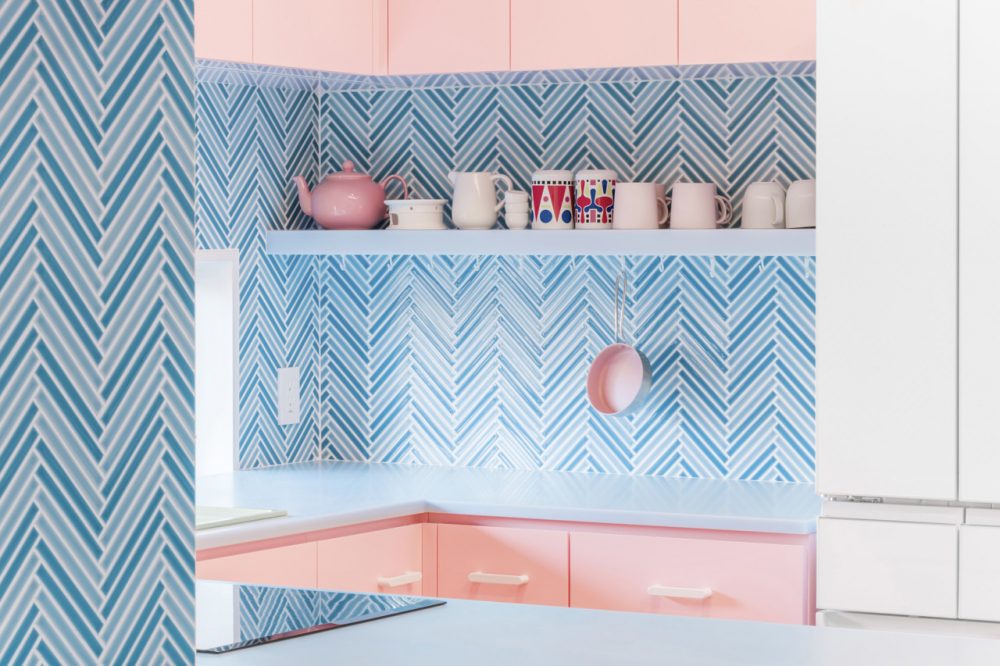 Needless to say, such a bright and colourful space as the Nagatacho Apartment in Japan is not going to be for everyone but the this sensational piece of interior design by Adam Nathaniel Furman offers a joyous alternative to the spare and minimalist spaces typically associated with modernity today. It is a colourful rebellion expressed in a grammar of pigment and we’re big fans of the distinctive Wes Anderson style look and feel of the space here at Coolector HQ.

The idea of something being bold and minimalist at the same time is, of course, pretty contradictory but it is something that this Nagatacho Apartment from Adam Nathaniel Furman achieves wonderfully well. There is no denying this is one of the most striking pieces of interior design that you’ll come across but, at the same time, the way it has been decorated and the lack of clutter gives it a pleasing, understated feel that we’re big fans of. 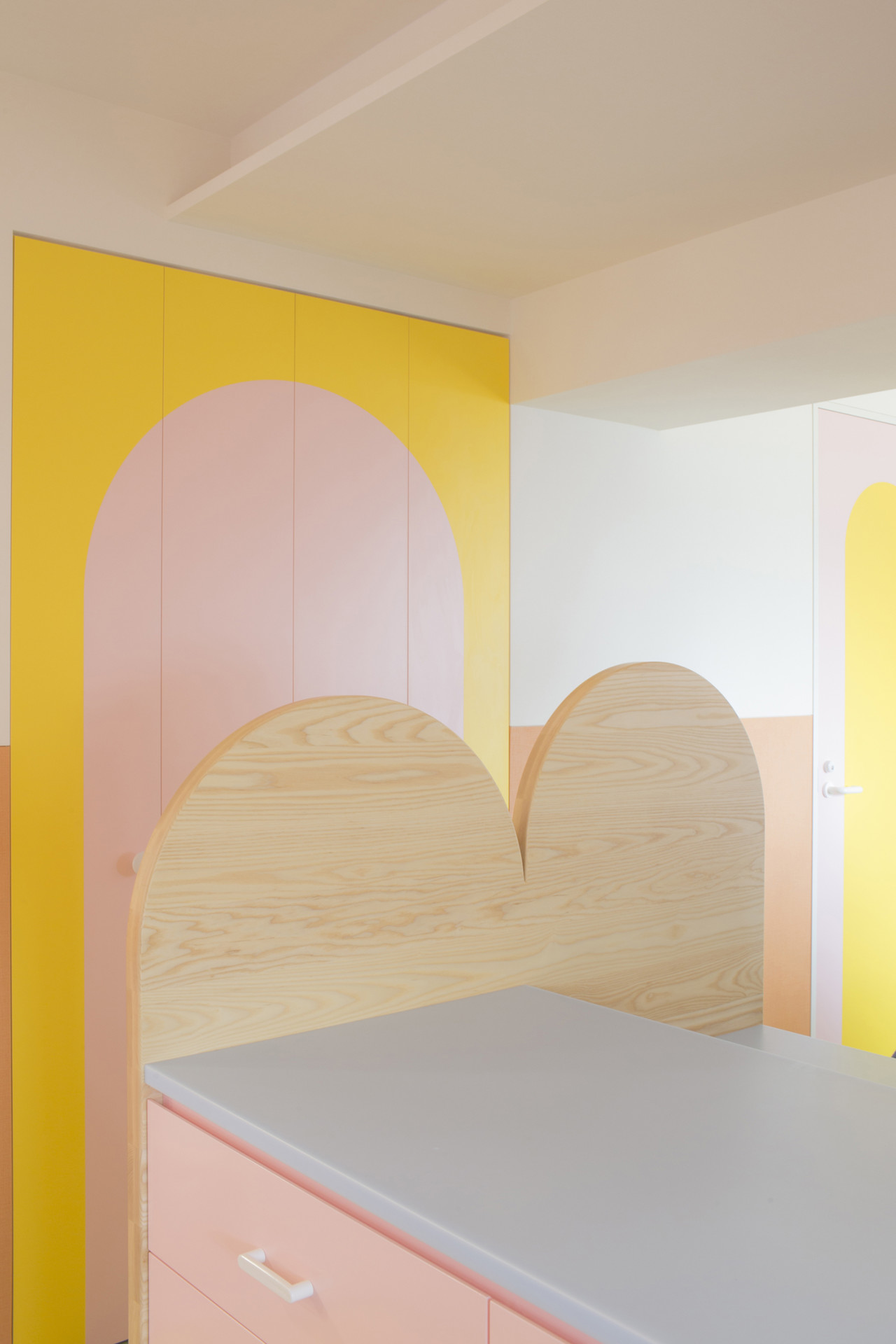 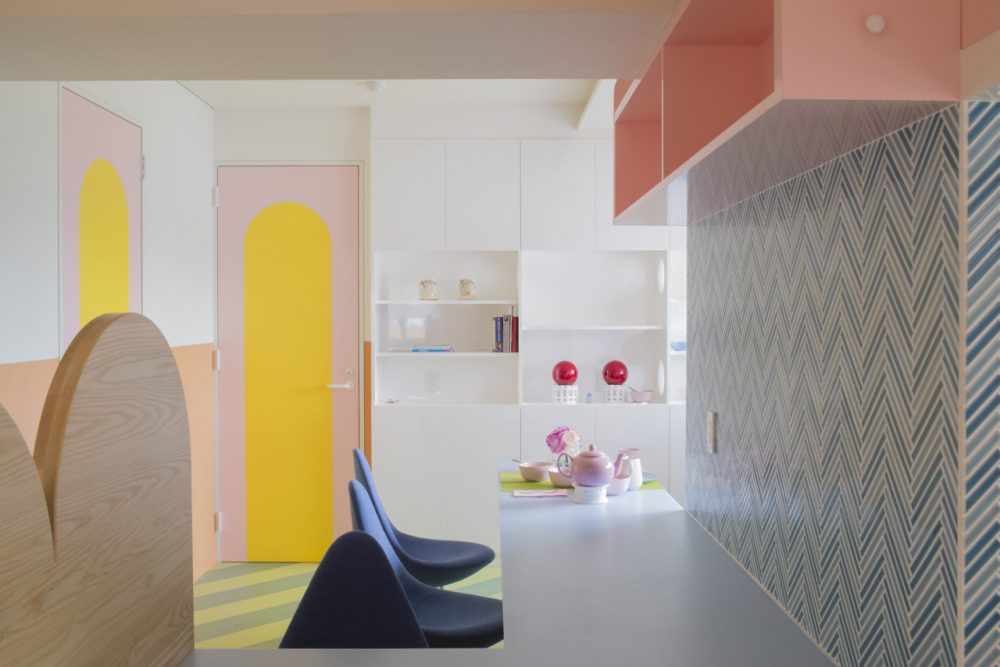 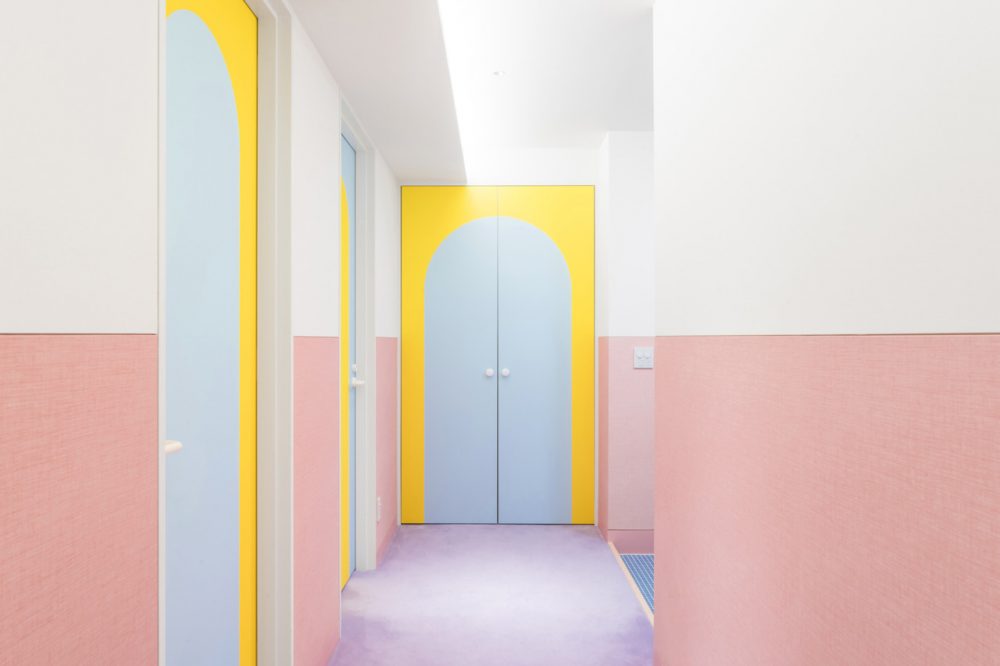 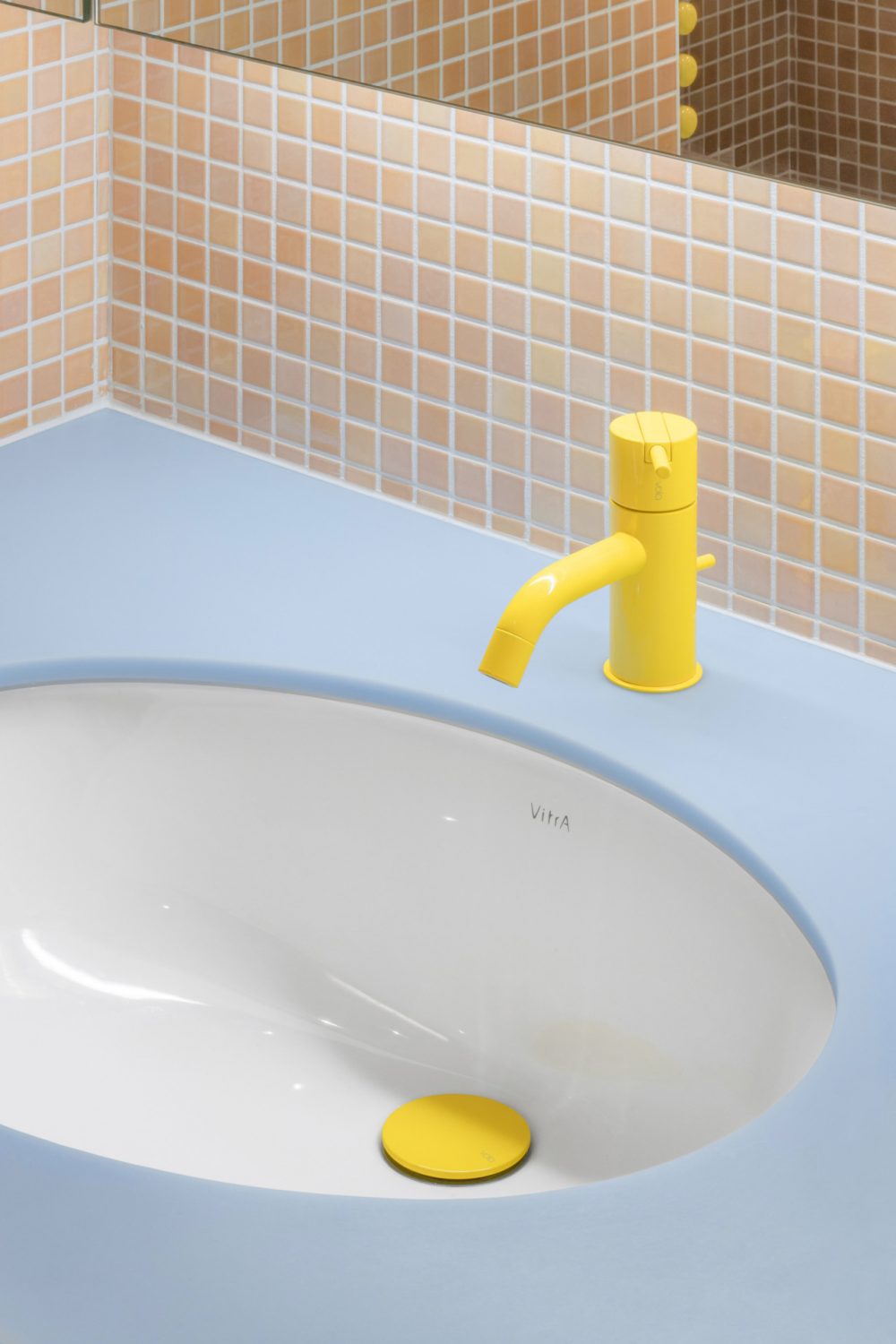 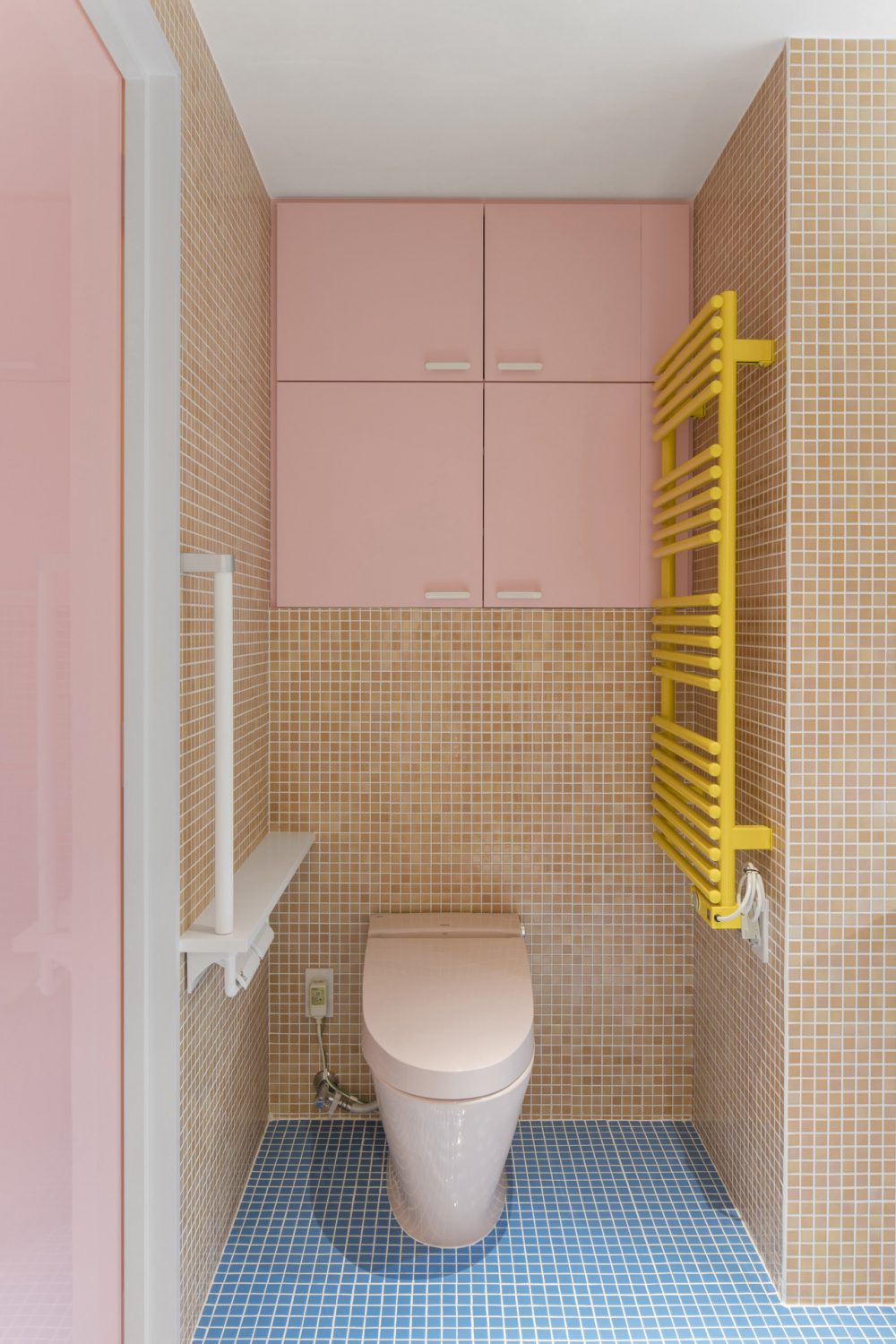 If you’re a fan of the Wes Anderson aesthetic, chances are you’ll be just as enamoured as us here at Coolector HQ with the spectacular Nagatacho Apartment and all that it has achieved from an interior design perspective. The designer was lucky that the client gave him complete carte blanche to design as he saw fit and the end result is a space quite unlike anything else you’re likely to see. 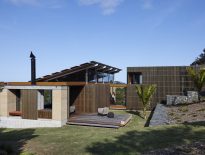 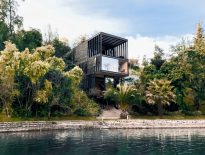