When cars conk out, we invariably turn to the jump cables but to apply this technique to your smartphone would be folly so for these occasions you’ll want an equivalent that will not blow your phone up – put simply, you’ll want the Native Union Jump Cable. And the video above will tell you why.

The Native Union Jump Cable is exactly the device that those who regularly experience a dead phone battery at the most inopportune moments have been waiting for as it will breath new life into your smartphone without the need for having to find a power outlet. This excellent and technologically advanced device uses some gadgetry witchcraft to always remained fully charged and can provide 1/3 of your iPhone’s battery life when you need it most.

Native Union are much more succinct at describing how their spiffing device works:

There is a distinct hole in the market for a device such as this as the clunky numbers currently doing the rounds are really conducive with people’s on the go lifestyles and we here at Coolector HQ are mightily impressed indeed with the capabilities and visual appeal of Native Union’s Jump Cable. 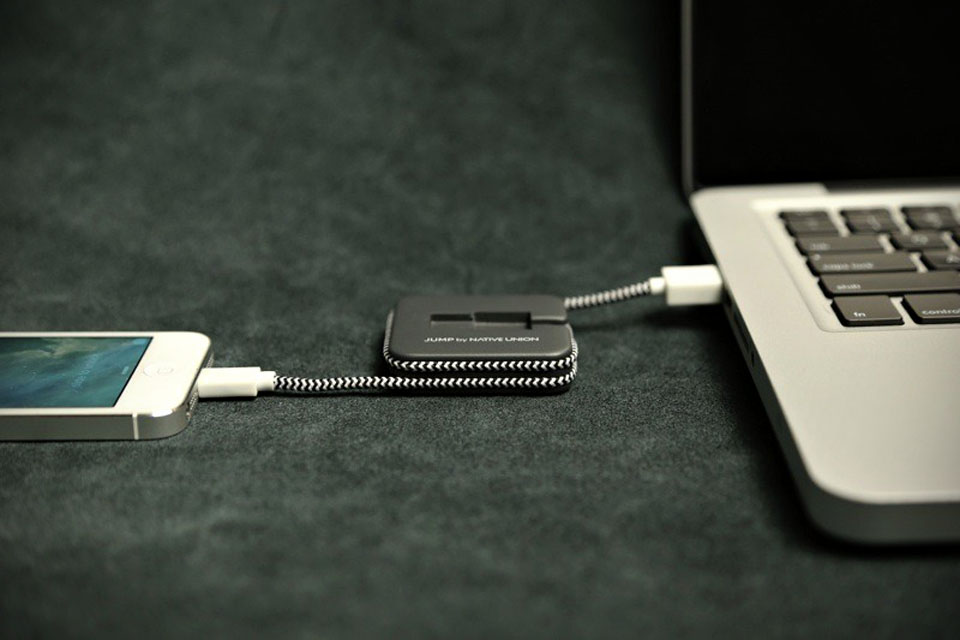 The Jump is currently undergoing a funding process on Kickstarter but, as you might expect from something as awesome as this, it has already knocked it’s target goal out of the ball park. There is, however, still plenty of time to add your support to the project and get yourself an early bird price.