The Royal Air Force is an institution in the world of aviation and the timepieces that they’ve worn on their wrist are the thing of legend, so when we came across this Newmark 6BB RAF Chronograph Pilot Watch funding on Kickstarter, you won’t be surprised to hear we had our heads thoroughly turned here at Coolector HQ. This exemplary timepiece is a faithful recreation of the Newmark Chronograph watch which was issued to RAF pilots in 1980 and it is being made into an everyday watch for everyone. 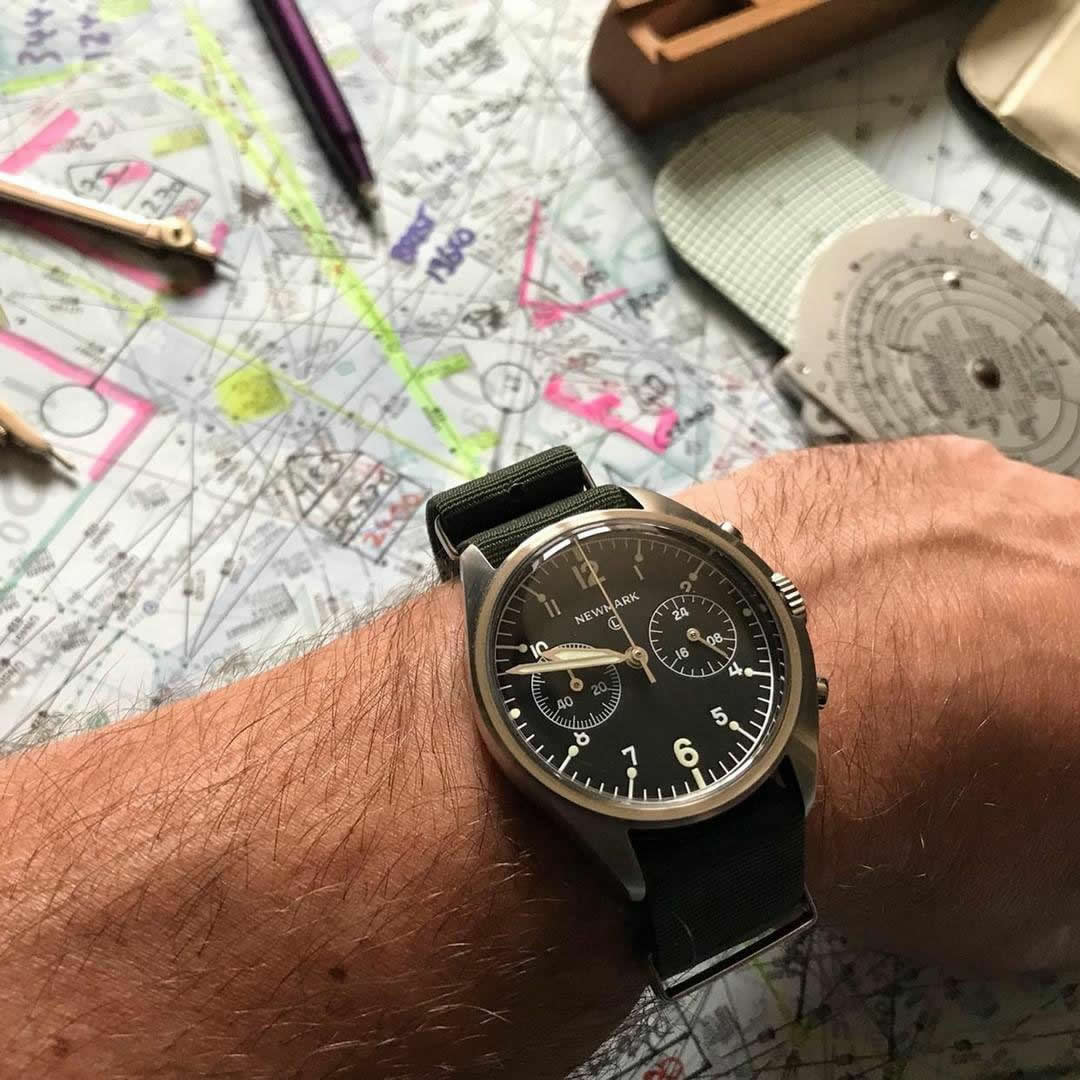 Back in 1980, the Royal Air Force issued the Newmark Chronograph to its aircrew and only 500 of these iconic watches were ever built. Vulcan, Harrier, Sea-King and Tornado crew would count amongst those who relied upon their Newmark timepiece.In 2018, via Kickstarter, the Newmark Chronograph is back. Unquestionably, a worthy successor to the original, the Newmark 6BB manages to maintain the vintage charm of the original but has plenty of contemporary updates to make it stand out even more.

Rebirth of an Icon

Whilst the original Newmark was, understandably, only available to those in the Royal Air Force, this time round it will be available to all aviation aficionados and with prices starting at just £237, it’s an absolutely great deal for those who want to get their hands on one. With an understated, minimalistic aesthetic, this cracking timepiece is suited to young and old alike and the original watches really were the epitome of form follows function, military watches at their purest. 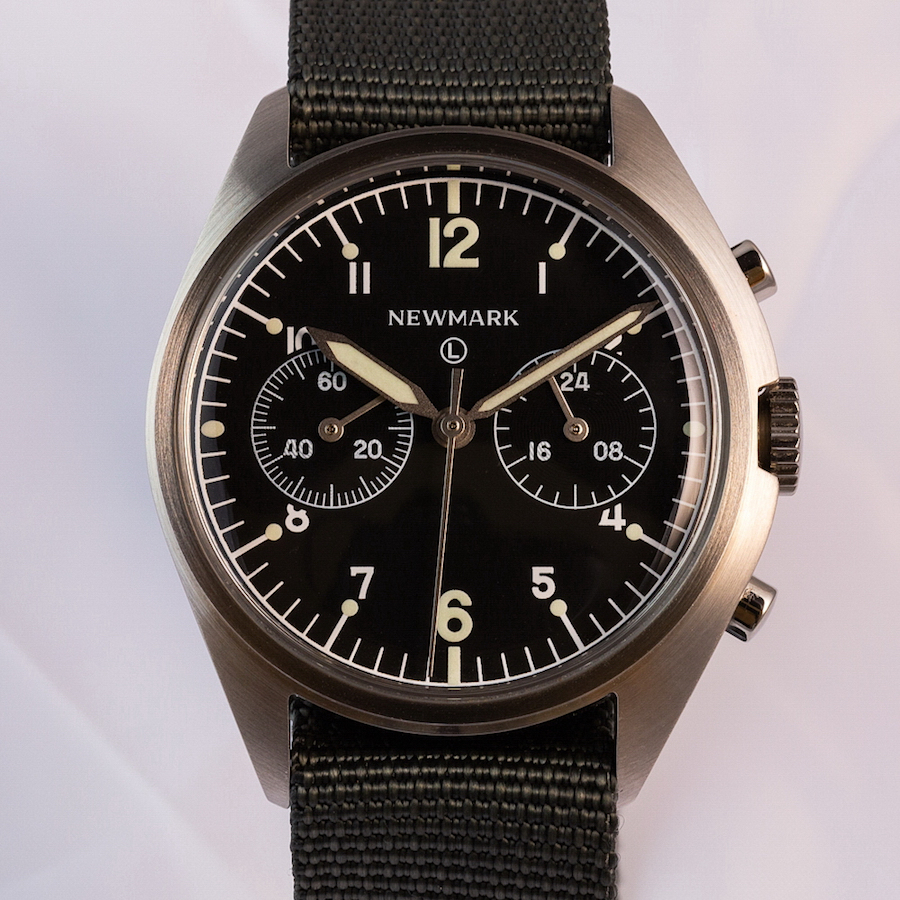 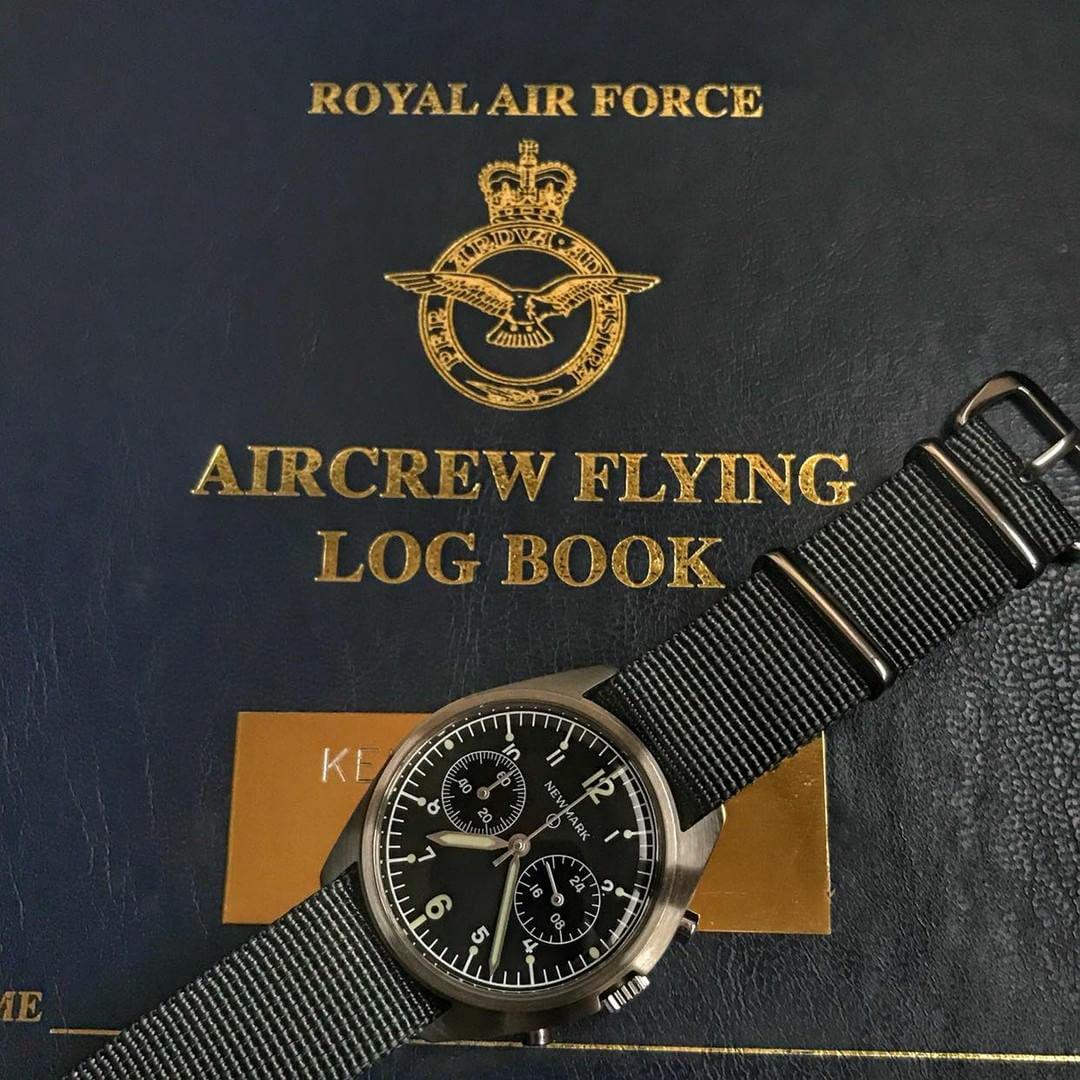 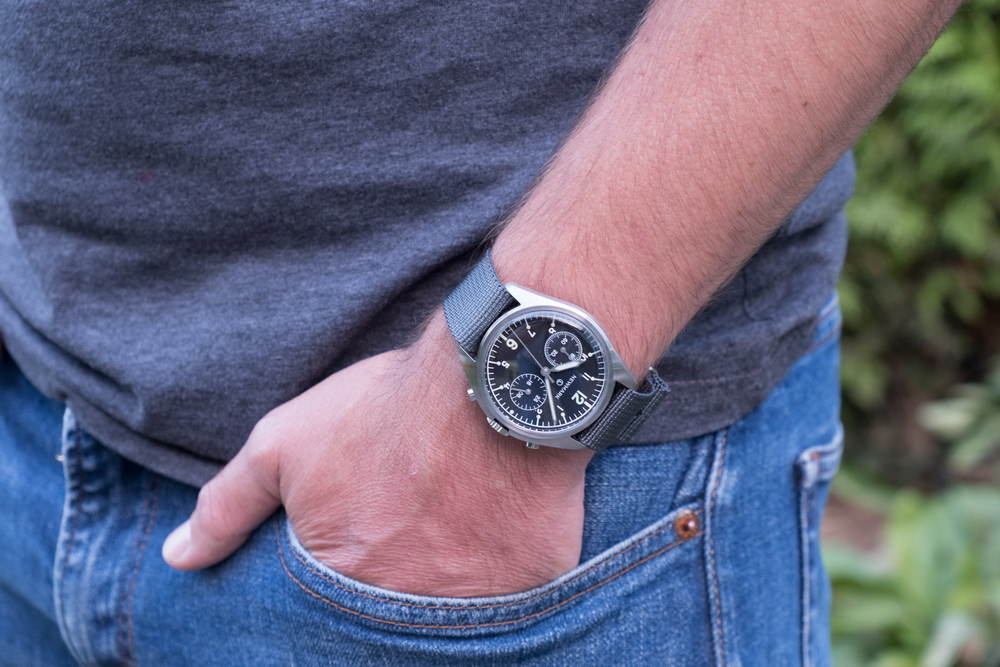 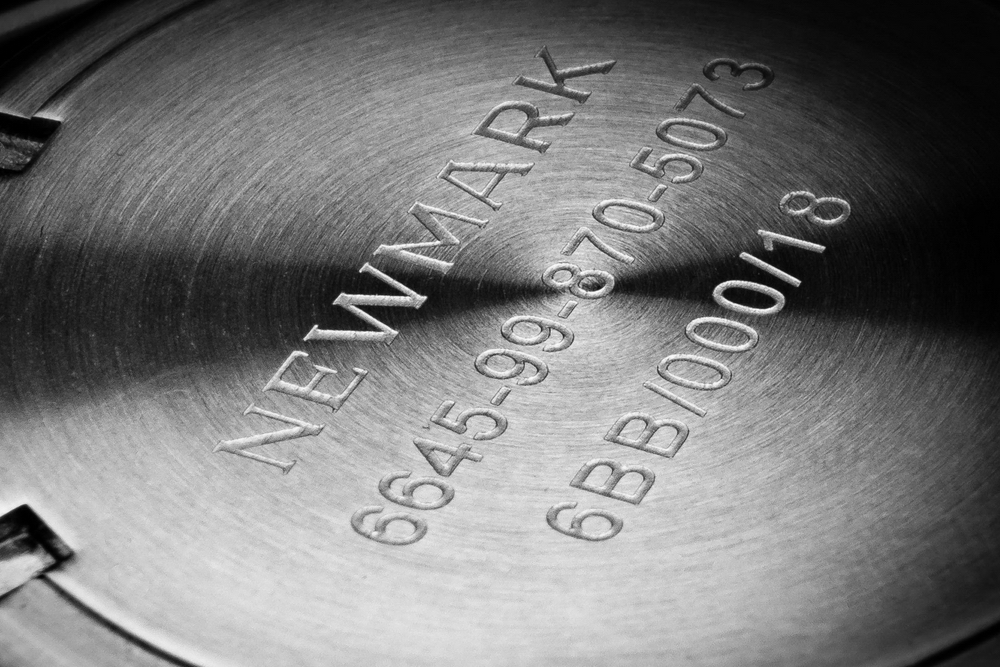 In 1983, British Military Chronographs were updated to Seiko quartz models; which whilst undoubtedly more reliable were lacking the vintage feel (and distinctive shape) of the originals which were to become known as ‘The Fabulous Four’. The Newmark 6BB RAF Chronograph Pilot Watch on Kickstarter represented a great opportunity to craft a contemporary version of this classic watch and provide it at a fraction of the cost of an original. They weren’t designing a watch from scratch so the objective was to produce something as close to the original as possible. And, as you can see, it is mission well and truly accomplished. 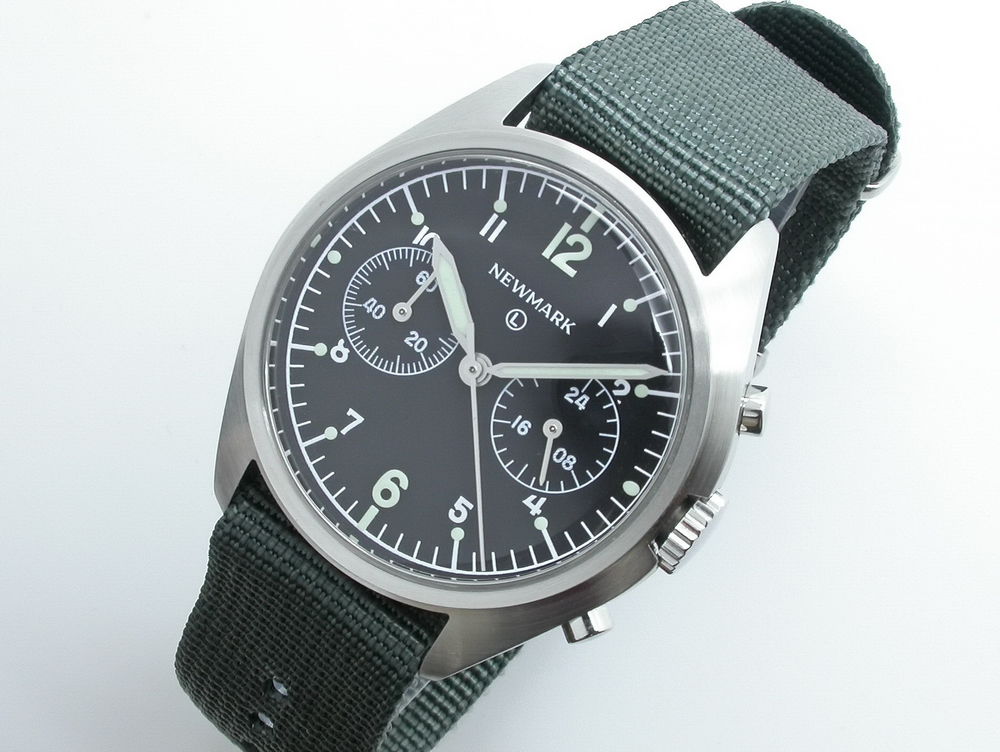 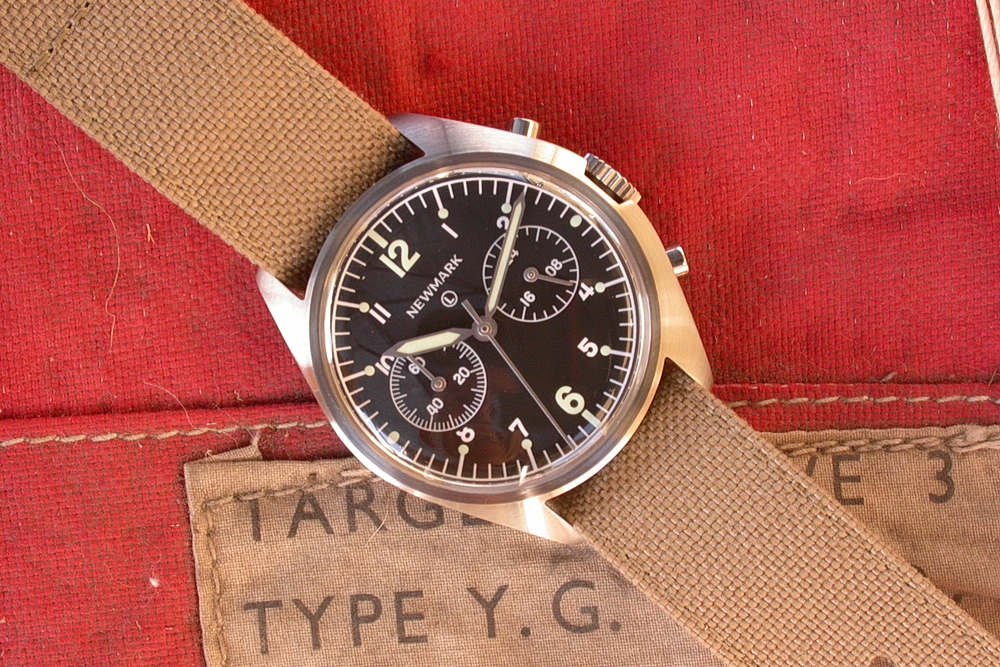 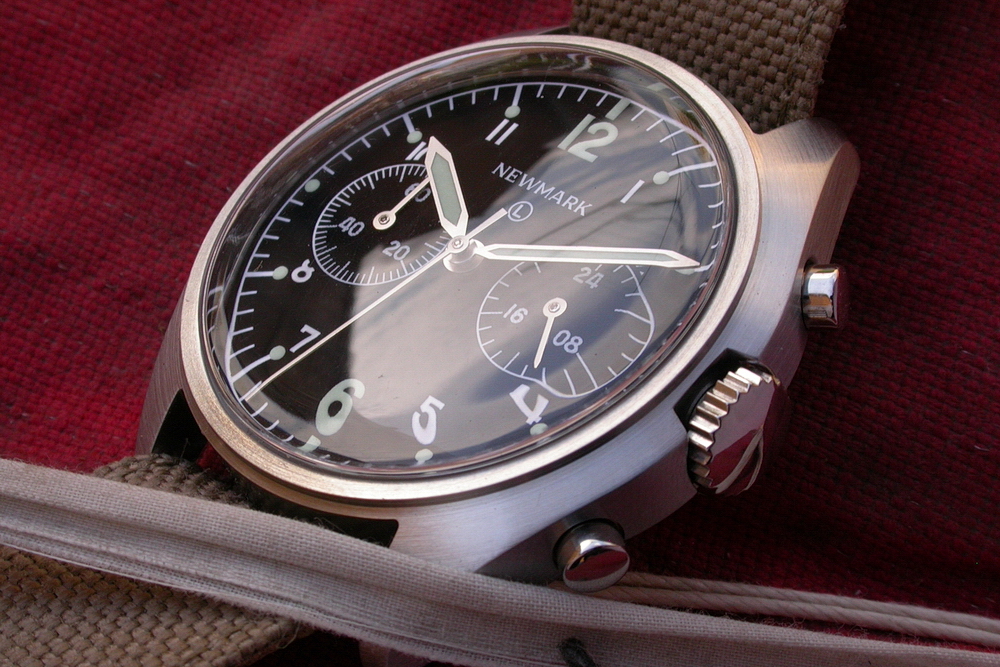 The Newmark 6BB RAF Chronograph Pilot Watch has a striking, asymmetrical design and it is crafted from 316L stainless steel, with a minimal bezel giving the dial both prominence and meaning. The lugs curve elegantly as they should which ensures that the watch sits comfortably on the wrist and on the caseback you’ll find the Newmark logo and a (unique to each watch) serial number. Last but not least, you’ll find the NATO Stock Number (NSN) issued to the Newmark 6BB by the British Ministry of Defence: 6645-99-870-5073.

As you would expect of an aviation timepiece used by the RAF, the dial is incredibly legible and precisely designed. It has been finished in velvet black with matte white numerals, meaning that just one glance is all it takes to see the time in all types of conditions. The sub-dials have the correct concentric circles and Newmark have rightly kept the velvet finish for these too instead of the glossy effect seen on some chronographs. The dial numerals and Newmark logo have been painstakingly recreated from the original to guarantee that the 6BB looks today, just as it did back in the 1980 original. 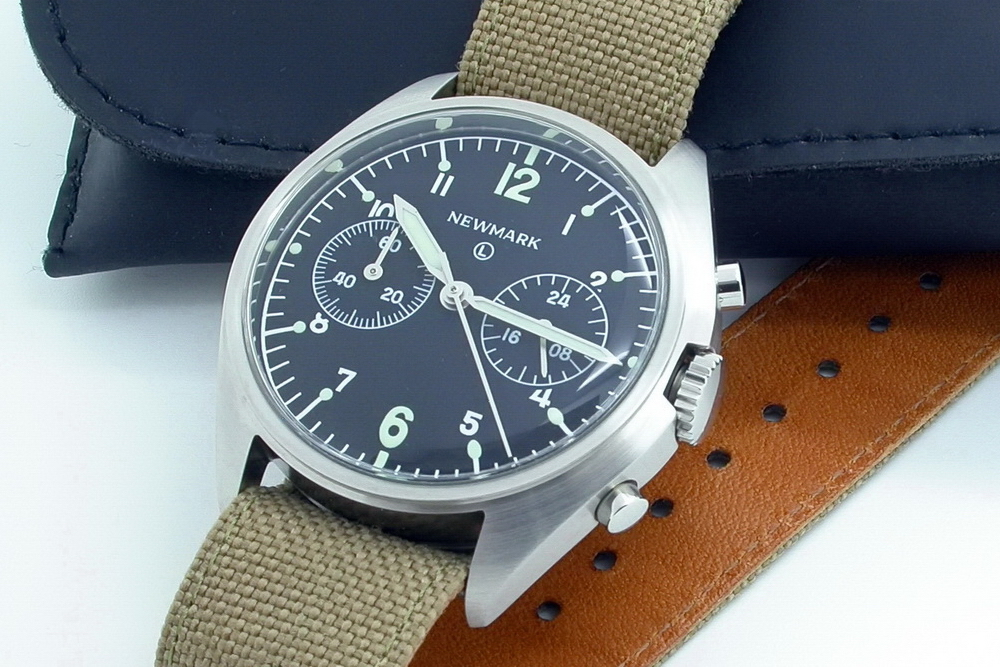 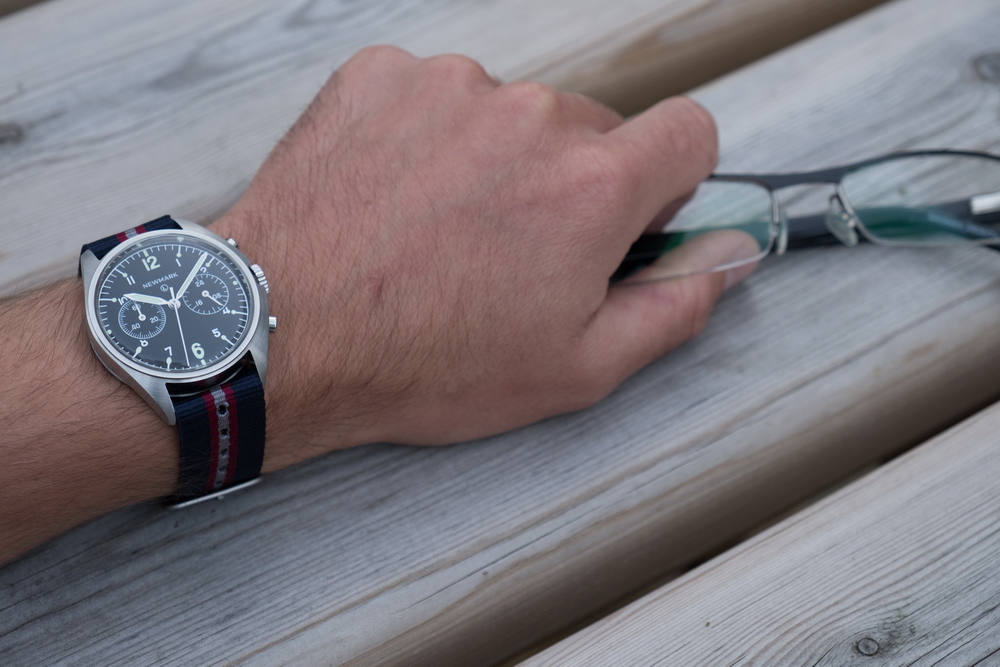 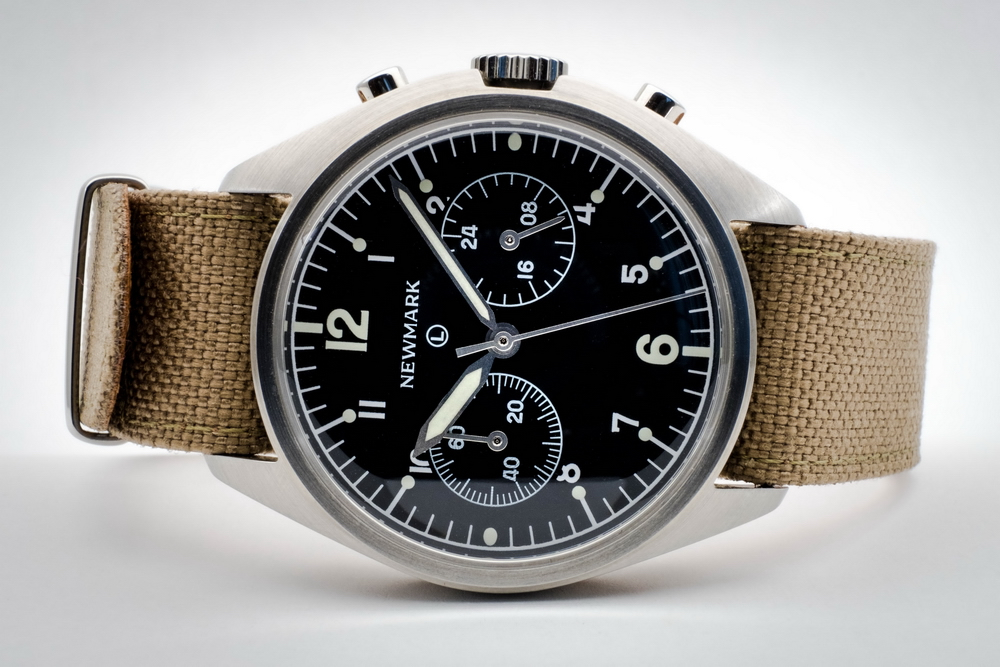 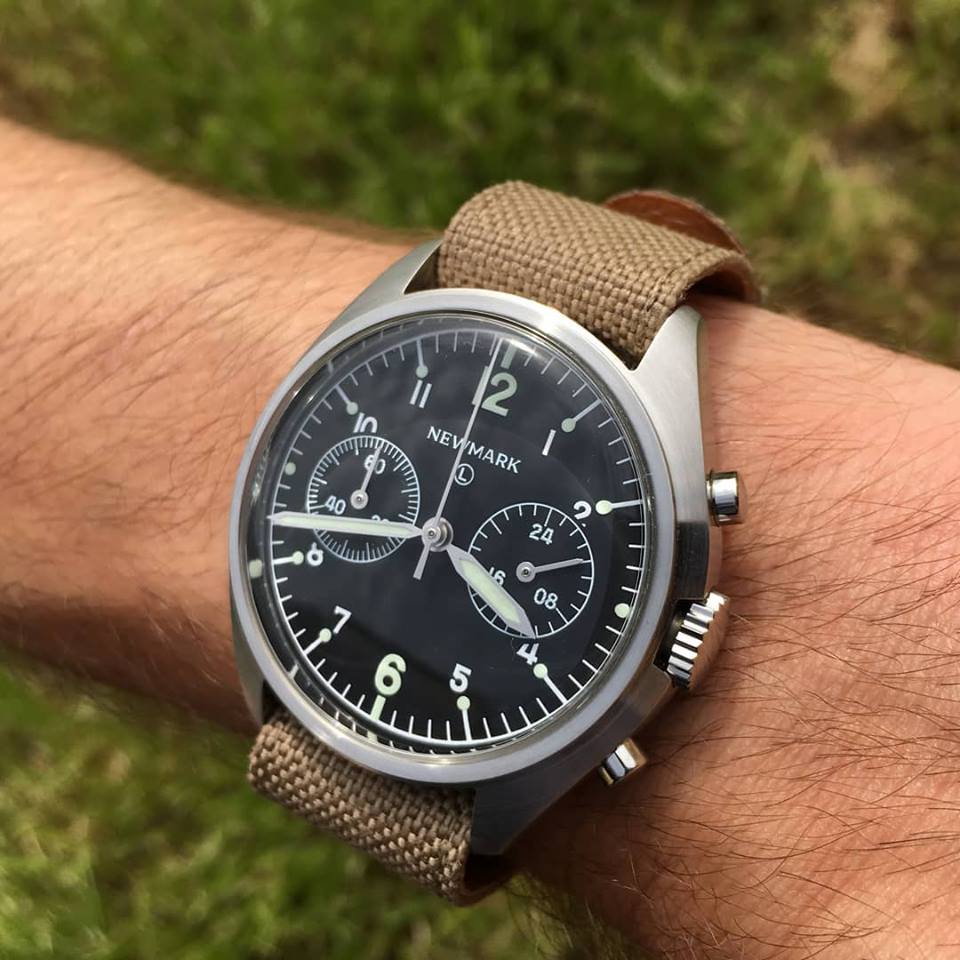 Available for under £300 during the Kickstarter campaign, which has a couple of weeks remaining (so move quickly to bag your bargain), this Newmark 6BB RAF Chronograph Pilot Watch is a fantastically well made and devilishly detailed recreation of the iconic original. The high quality  Seiko VK64A Meca Quartz movement ensures the timepieces’ accuracy and everywhere you look it boasts gorgeous, dapper design detailing that really catches the eye. An icon reborn.

Written By
Leo Davie
More from Leo Davie
As you may have realised, we’ve got quite a penchant for Porsche...
Read More