The way we take photos is constantly evolving and the prevalence of selfies nowadays has made designers increasingly keen to come up with a camera which is restricted by the length of your arm and you capacity to awkwardly press the trigger to capture an image of yourself that turns out, invariably, nothing like you want it to. With this in mind, a company by the name of Nixie have just flown (literally) into our purview via Intel’s Make It Wearable initiative to produce a genuinely intuitive and technologically advanced piece of wearable technology and the Nixie immediately captured our attention.

The video above does a rather excellent job of showcasing exactly what it is Nixie can do but what is it exactly? Well, put simply, Nixie is the first wearable camera that also has the capacity to fly, so you can only imagine the epic bird’s eye view shots and sprawling vistas this piece of technology will be able to capture when it is rolled out to consumers. Essentially, Nixie is a tiny wearable device that attaches to a wristband and said wristband unfolds to create a quad-copter which you then unleash to take some dramatic aerial shots. It is capable of shooting both videos and taking pictures depending on what you’re after but it is still very much in the development phase so it might be a little while before we’ve all got a Nixie strapped to our wrists. Take a look at a few more shots of this, potentially revolutionary, device below: 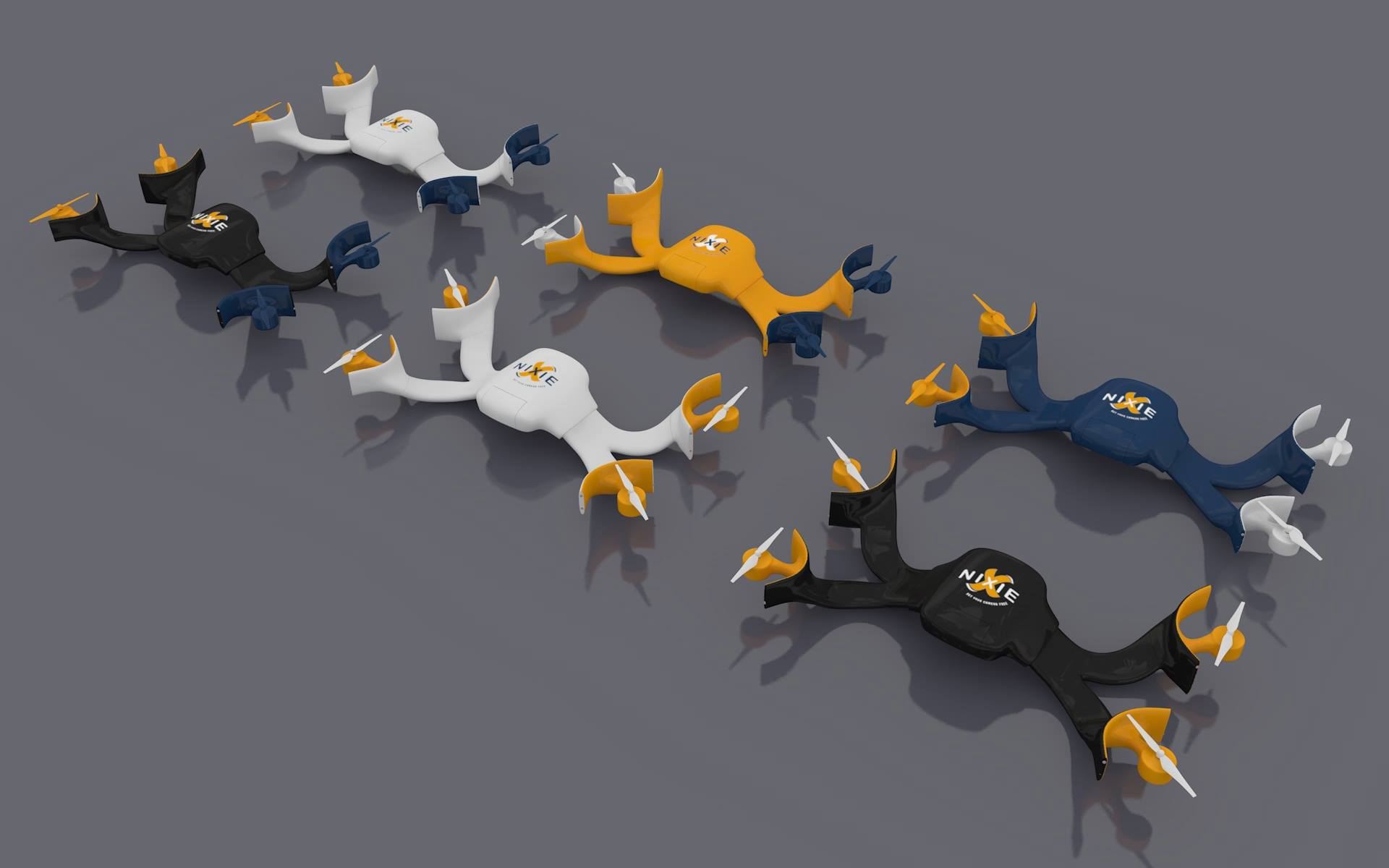 As keen photography fans here at The Coolector, we will always sit up and take notice when a genuinely ground-breaking piece of technology is in the offing (even if it’s currently still in the development phase) and the Nixie Camera has made it to the finals of Intel’s Make It Wearable contest which is indicative of the high regard in which the design team behind Nixie is held and we are waiting with baited breath for this spiffing device to hit the shelves.