We’ve featured an awful lot of watches on the pages of The Coolector but we’re the first to admit that there has been a distinct paucity of clocks but we’re endeavouring to remedy that and the first one we’ve come across is somewhat of a beauty and it goes by the name of the Orbits Clock from Studio VE.

Looking much more like an art installation than an instrument for telling time, the Orbits Clock is constructed from three intermingling circles which move in conjunction with one another in order to reveal the time – something that the video above (hopefully) illustrates. We’re all for quirky things here at The Coolector and this clock certainly sates this appetite wonderfully well.

This impressive looking construct from Studio VE, an Israel based design studio, is made from lightweight carbon fibre and boasts an impressive aesthetic appeal which will make it stand out to those people who want a little more from their home furnishings. Check out some more shots of the Orbits Clock in action below: 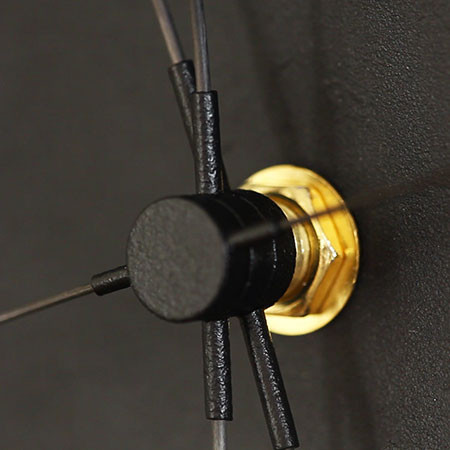 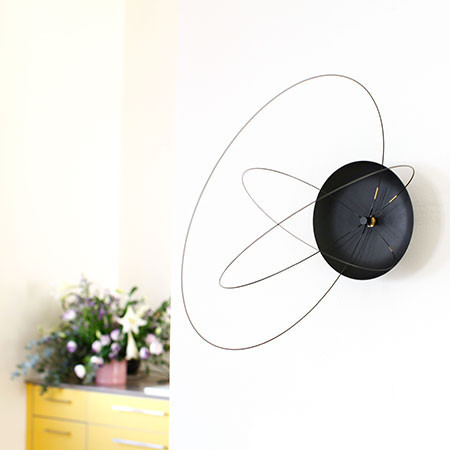 For anyone after an interesting, unique and stylish wall clock for their home, there is little doubting that the Orbits Clock from Studio VE delivers on all these fronts and we’re impressed with the out of the ordinary approach to the design process that has been adopted here to produce a genuinely fantastic product.